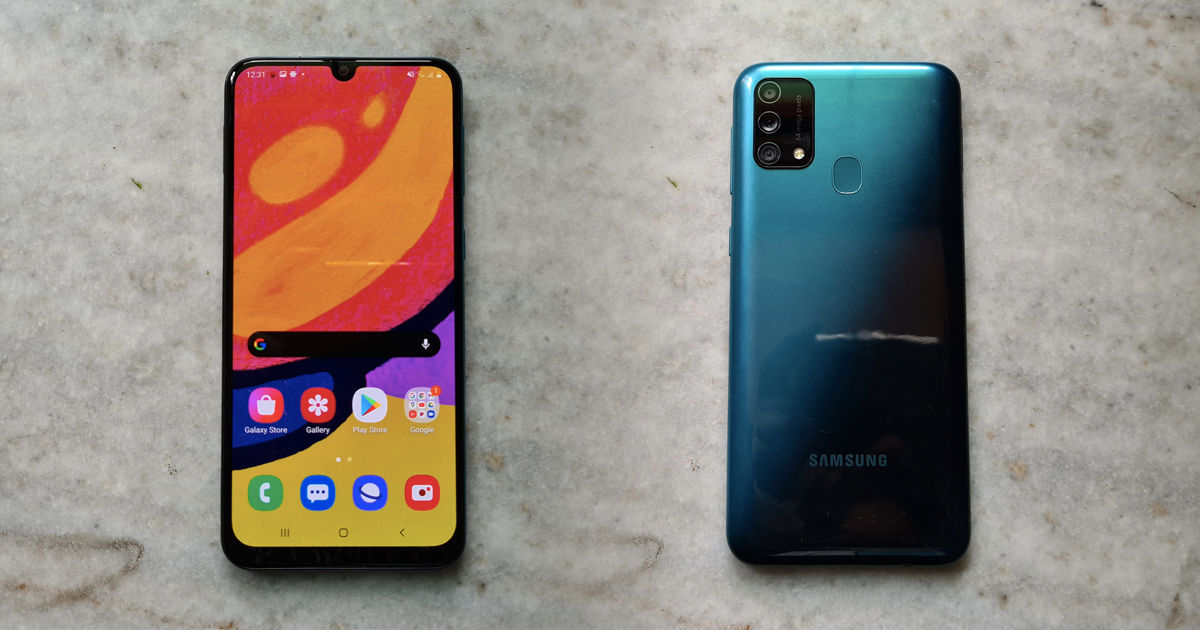 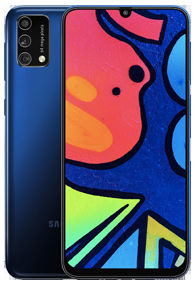 Samsung has announced a new lineup of smartphones in the form of the Galaxy F series, and the very first device to be unveiled as part of this new range is called the Galaxy F41, which comes carrying a price tag of Rs 16,999. At first glance, it isn’t immediately clear why Samsung would introduce a new series that seemingly overlaps with its M series lineup. The M series of phones already cater to the budget and mid-range segment. My colleague had reviewed the Galaxy M31 (review) and concluded that it was one of the best offerings by the company for those on a budget. The Galaxy F41 shares quite a few traits with the M31, such as design, display, chipset and even some of the cameras. It seems to me that the Galaxy F41 is an attempt by the South Korean giant to establish a stronger foothold in the affordable segment. I have the phone with me and in this review, I will try and find out how good the device is compared to some of its counterparts. 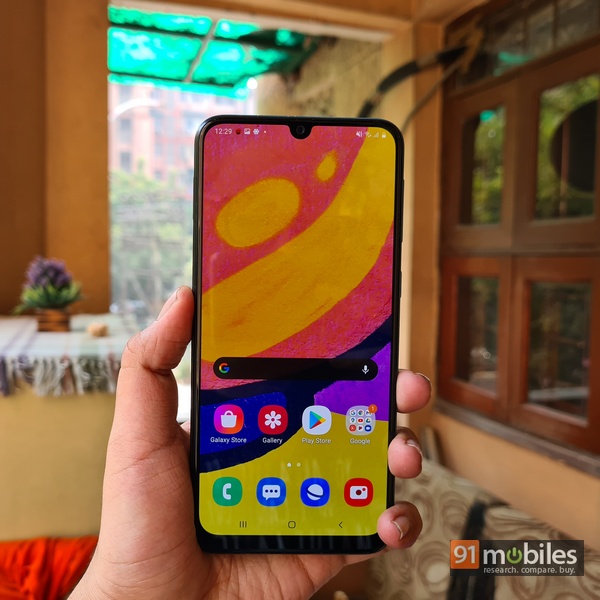 Like most recent affordable phones, the Galaxy F41 packs in a standard unibody plastic design with glancing edges and a somewhat glossy finish. The device is on the thicker side, which is most likely due to a sizeable 6,000mAh battery housed inside, but is not all that heavy to hold. There are a couple of M series-like traits on the F41, such as the physical fingerprint on the back and the Infinity U panel up front. The triple camera is set up in a rectangular housing with an LED flash instead of the typical Samsung L-shaped quad-lens layout. A USB Type-C port, 3.5mm headphone jack, and speaker grille are present on the bottom as usual, and the volume rocker and power buttons are placed on the side. The in-hand feel of the device leave something to be desired, as compared to what you might get in the same price range, say from the likes of the Realme 7 series. I have received the Fusion Blue variant of the Galaxy F41, which has a plain dual-tone gradient finish but is easy on the eye. It’s generally an accepted fact that Samsung devices are bound to feature some of the best screen panels in their respective price segments. The AMOLED display on the Galaxy F41 measures 6.4-inch in size and offers FHD+ resolution (2,340 x 1,080). Although this is an affordable device, there is visually very little difference between the F41 and higher-priced devices with similar AMOLED panels. The screen can go extremely bright for reading in heavy sunlight and extremely dim for night-time browsing. Colours are on point as are the contrast levels, and viewing angles are not going to be a problem. Display settings will give you the usual Vivid and Standard options and also a toggle to change the colour temperature according to your preferences. There’s no high screen refresh on offer though, and the display on the F41 sticks to the standard 60Hz. Apart from that, there is very little to complain about the Galaxy F41’s viewing experience. 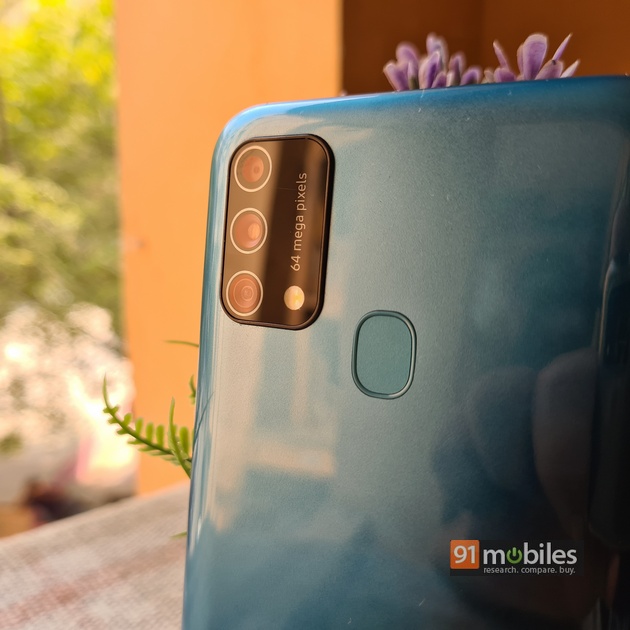 I am thankful that Samsung hasn’t put in extra lenses just for the sake of showing off a more versatile camera system (macro and B&W sensors, I’m looking at you). A triple camera setup is present on the phone, including a 64MP primary lens with a large f/1.8 aperture. That’s supported by an ultra-wide lens with 8MP resolution and a 5MP depth sensor. On the front is a 32MP selfie snapper. I have come to expect good image taking capabilities on Samsung phones, based on results from the likes of the Galaxy M31s (review) and the M51 (review), and it doesn’t come as a surprise that F41 is more of the same. I feel like the colour science and computational photography are shared between different models in Samsung’s various lineups, but the Galaxy F41 just takes very good photographs, perhaps even better than the M31 which has the same 64MP GM1 ISOCELL sensor. Highlights and shadows are more pronounced in good lighting conditions and even with overcast skies, the F41 manages to show a good amount of detail in captured pictures without oversharpening too much. Colours are almost always on point and the Samsung-branded saturation looks to be absent in most shots. Dynamic range is handled well and the Scene Optimiser option modifies some additional detailing according to the subject on screen. At night as well, you are likely to get a lot of exposure in your shots even without the dedicated night mode, but for capturing more details you will need to use it. The supporting sensors such as the ultra-wide lens make a great impression in daylight, as is customary for Samsung smartphones in the budget and mid-range segment, and you get crisp shots with minimal distortions on the edges. The depth sensor aides in Live Focus portrait shots for a nice background blur and precise edge detection. You can click high-res 64MP shots as well, and they are shot with non-existent shutter lag, but they do take some time to process. The 32MP selfie shooter does a wonderful job with detailing and skin tones, while the Live Focus mode has surprisingly very good edge detection. Overall, the Galaxy F41 has perhaps one of the better camera systems in its price range. On the processing side of things, the Galaxy F41 is powered by the same Exynos 9611 SoC that Samsung has been using on a bevvy of smartphones under its various series’ and even tablets. I can count about seven devices that are already using this year-old chipset and now we can add the Galaxy F41 to the list as well. Benchmarks show a gap in the performance of the F41 compared to others like the Redmi Note 9 Pro (review) or the Realme 7 (review) or the POCO X3 (review). Even so, the 9611 is one of the most capable SoCs for efficient multi-tasking, power management, and handling moderately heavy graphics-related tasks. During normal usage, aided by the cleaner OneUI platform, the Galaxy F41 feels no different than the more expensive Galaxy A71. There is the occasional jitter when scrolling Instagram or reading a long article on Chrome, but by and large, the F41 pushes through various tasks without a hiccup. The 6GB of RAM helps, and although the storage is limited to 64GB, there is the option to expand it using a microSD card. 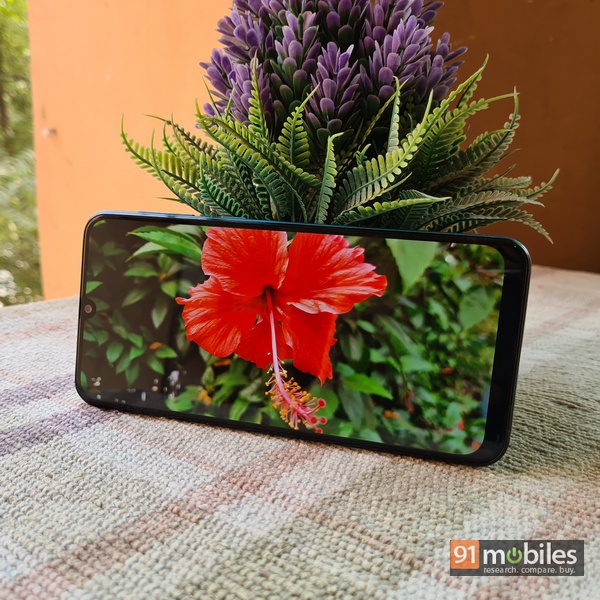 Other parts of the experience include the face unlock and capacitive fingerprint authentication, both of which are reasonably fast, though I would want the latter to be a little bit more accurate. The bottom-firing speaker, microphone and earpiece, are all quite satisfactory in terms of performance. The OneUI 2.0 software platform has been covered by us extensively in multiple reviews of Samsung devices, and the Galaxy F41 offers the same core experience. You can read about some details on the software here. 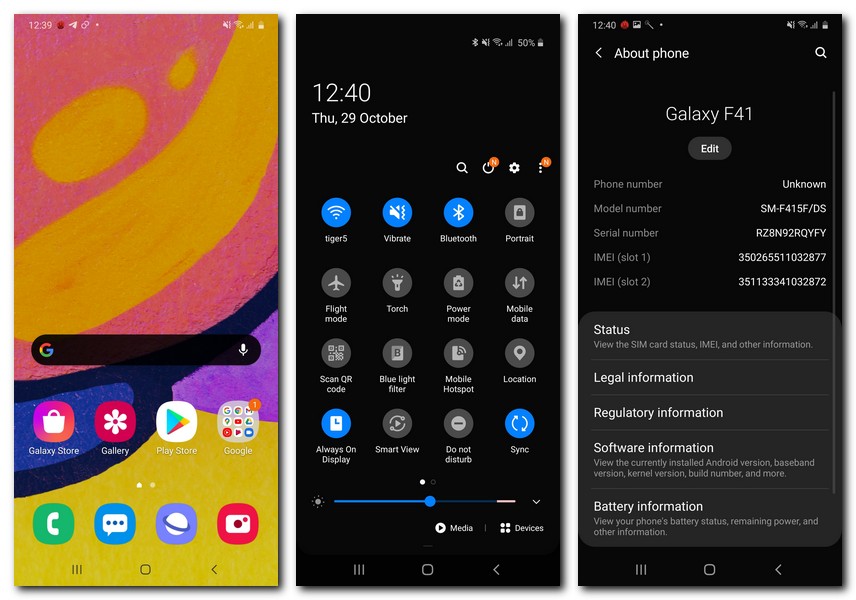 Lastly, there’s the gigantic 6,000mAh battery which is yet another trademark feature of the Galaxy M series. With this kind of power backup, standard screen refresh rate and moderate use, the F41 is easily a near two-day phone. Moderate usage which includes browsing the web, watching YouTube videos while on Wi-Fi etc, can push the device to a near 7-hour screen on time, which is quite good. Slightly heavy usage will also let the phone push past the one-day mark easily. The Galaxy F41 comes with a 15W charger that will take an eternity to charge. About 2 hours and 30 minutes to be precise. 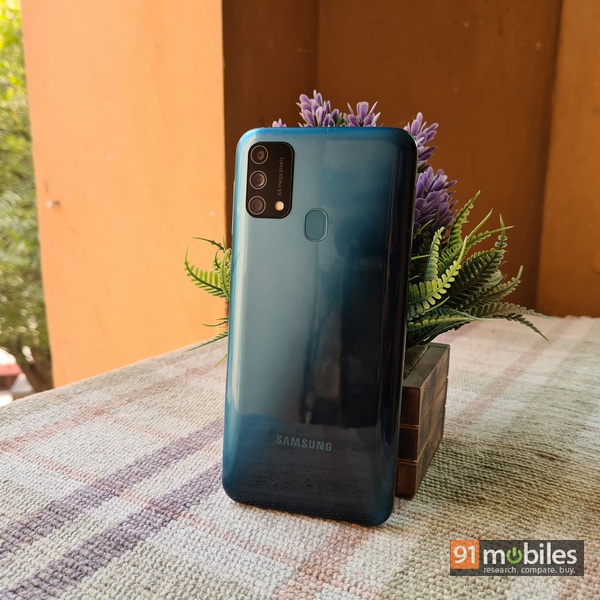 The Galaxy F41 is one of the better-looking phones out there with a sizeable battery backup and reasonable performance. The front of the device looks dated with the waterdrop notch and a giant chin, but the device offers an excellent selfie shooter housed inside. The software is smooth sailing and the display is one of the best in the industry for viewing, even though it’s a standard 60Hz screen. For its starting price of Rs 16,999, the Galaxy F41 may not look the best of deals but the device is a jack of all trades and definitely worth a second look.

Samsung Galaxy F41 ushers in the era of the Full-On smartphone with 6,000mAh battery, sAMOLED display, and 64MP camera