What makes a smartphone buyer tingle with excitement? Good specs? Capable cameras? A wallet-friendly price tag or dare I say, all the above? Enter, Chinese OEMs like Redmi, who’ve made this dream a reality for millions of buyers in the country and in doing so, have grabbed a good chunk of the market share for themselves. 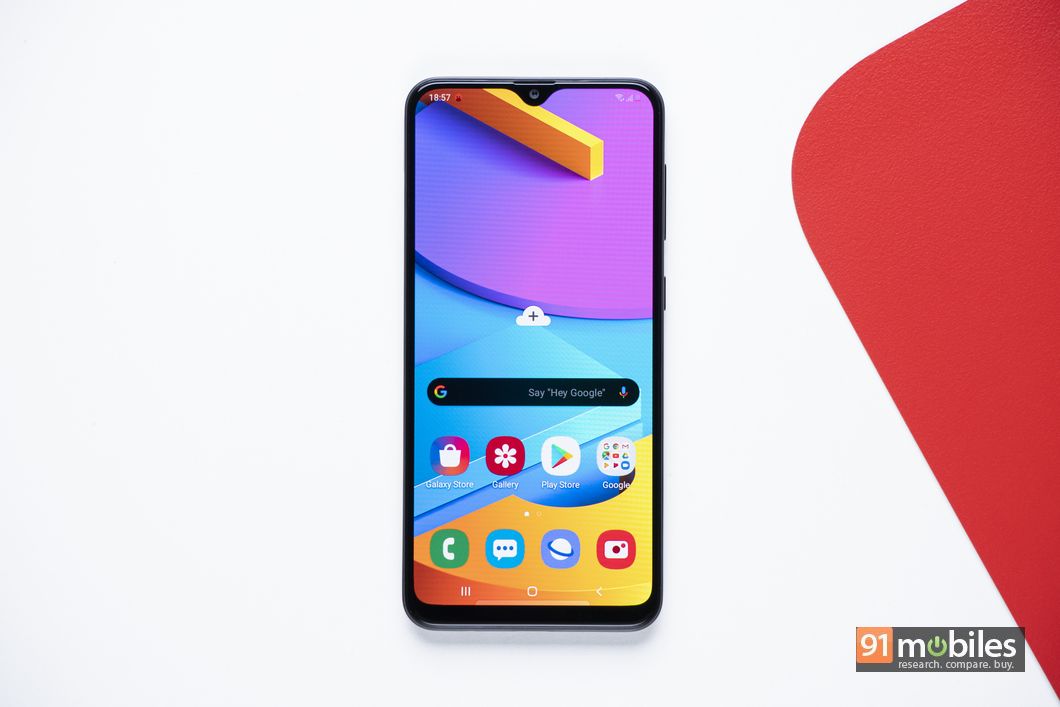 That said, Samsung has given the likes of Xiaomi and Realme a tough fight in 2019 and the brand hopes to end the year with the bang with the Galaxy M10s, the brand’s latest sub-Rs 10K smartphone. So, is the phone a must have, or a no-go? Let’s answer that question in this review.

The Samsung Galaxy M10s is, for the most part, an iterative upgrade over the Galaxy M10 (review) which was launched at the beginning of the year. On that note, the Galaxy M10s features a  near-identical design (right down to the placement of the ports and buttons), albeit comes with two changes. Firstly, the device now features a USB Type-C port for charging and even ships with a 15W fast charger in the box. Secondly, the smartphone now comes with a capacitive fingerprint sensor positioned towards the back which worked well during my testing. 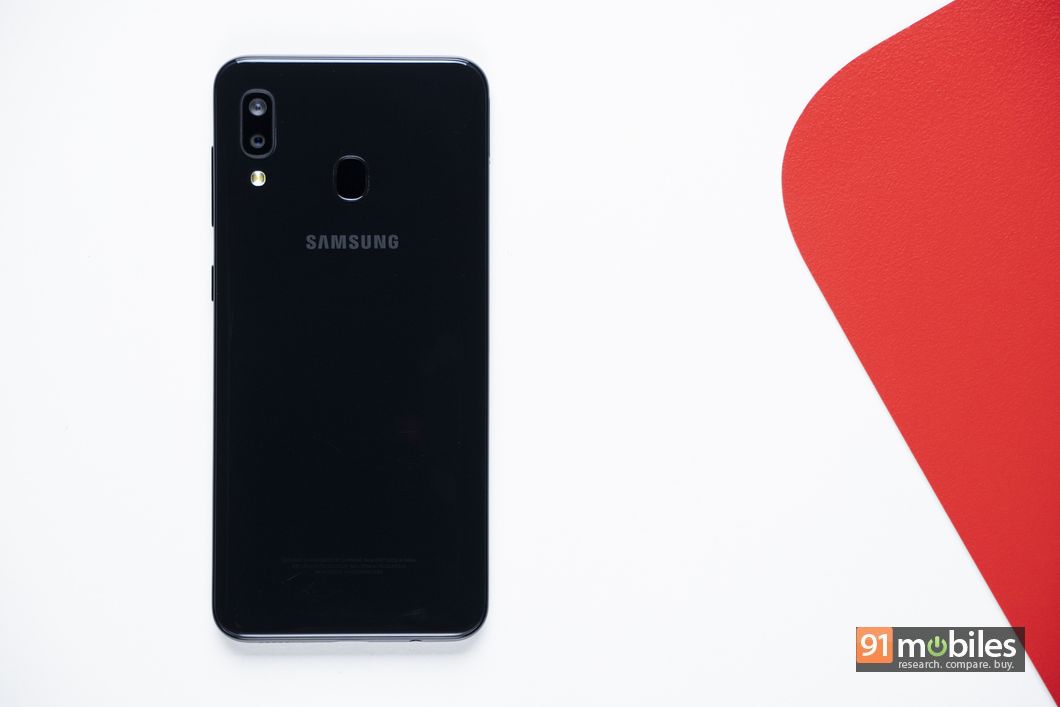 My only qualm with the device is that the fingerprint scanner is positioned too high on the phone’s frame and correspondingly, I had to readjust my grip every time I wanted to unlock it. Thankfully, the smartphone’s built-in face unlock tech came to the rescue as it worked fairly well during the day. At night, however, I had to suck it up and use the awkwardly-positioned fingerprint sensor. Barring that, the Galaxy M10s’ design doesn’t bring anything new to the table and if you’d like to know more about the phone’s aesthetics, I’d reckon you read our take on the Galaxy M10. 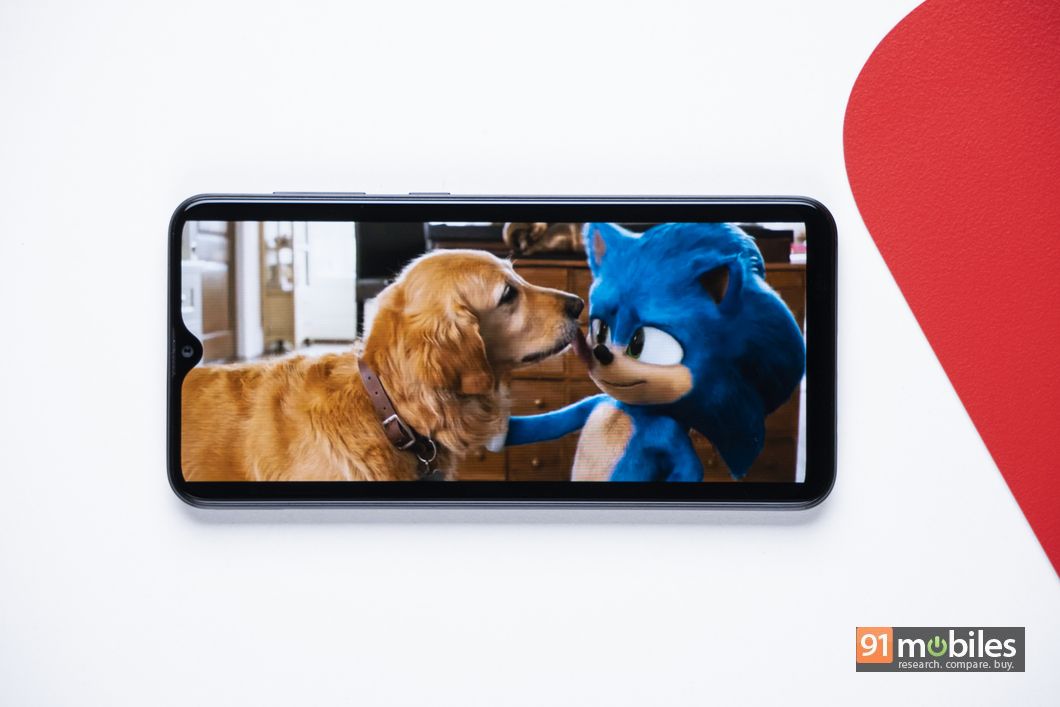 As for the display, the Galaxy M10s brings some meaningful changes over its predecessor’s screen. For one, the display on the newer model is bigger, measuring in at 6.4-inches and secondly, the panel is now backed by Super AMOLED tech, making colours and visuals appear punchier and more vibrant. What’s more, the display comes with WideVine L1 certification too, so you should be able to enjoy your favourite movies and TV shows in high resolution.

The Galaxy M10s is backed by a dual-camera setup at the back, comprising a 13MP main shooter and a 5MP wide-angle lens. For selfies, the device features an 8MP front-camera. 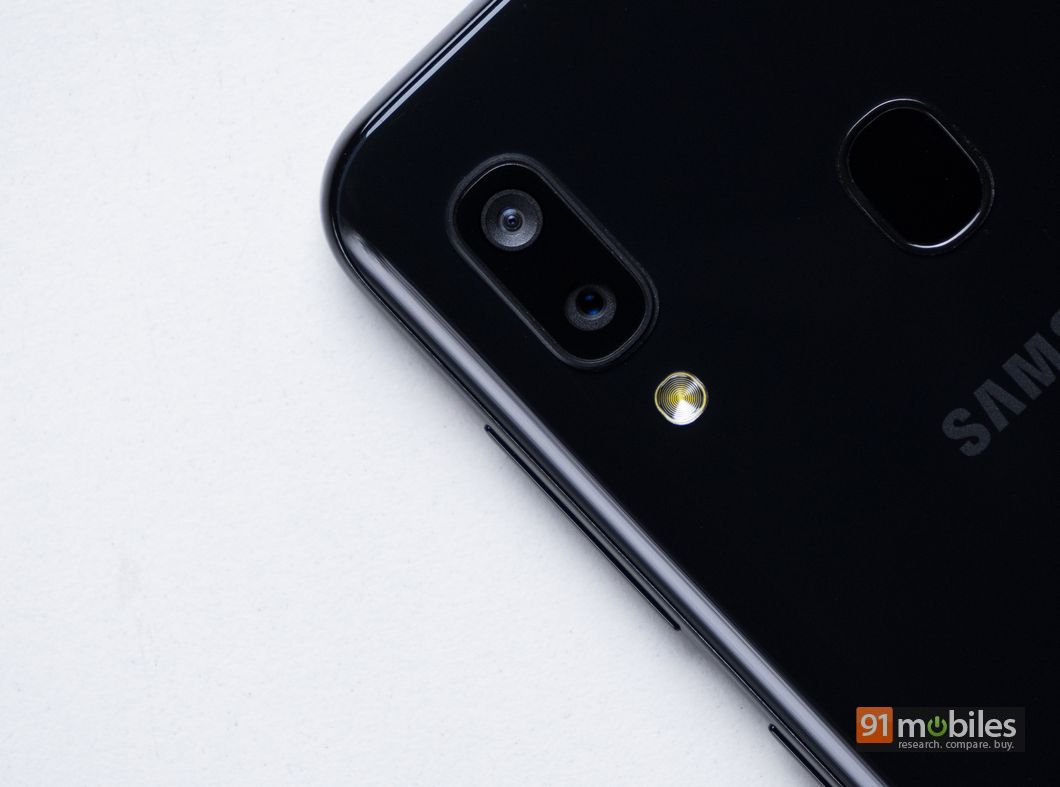 Onto the camera performance then. During the day, the smartphone clicked good photos with punchy colours, something the company is known for. The images had respectable dynamic range too as the device managed to bring out the details from the shadows, whilst preserving the highlights. On the flip side, I would’ve liked to see more details from the phone’s ultra-wide angle lens, and the portrait shots from the smartphone leave something to be desired.

As for lowlight photography, the M10s managed to click usable images in places like a poorly-lit alley or a dingy pub. However, in pitch darkness, the lack of a dedicated night mode really reflects poorly (no pun intended) on the shots, which were full of noise. 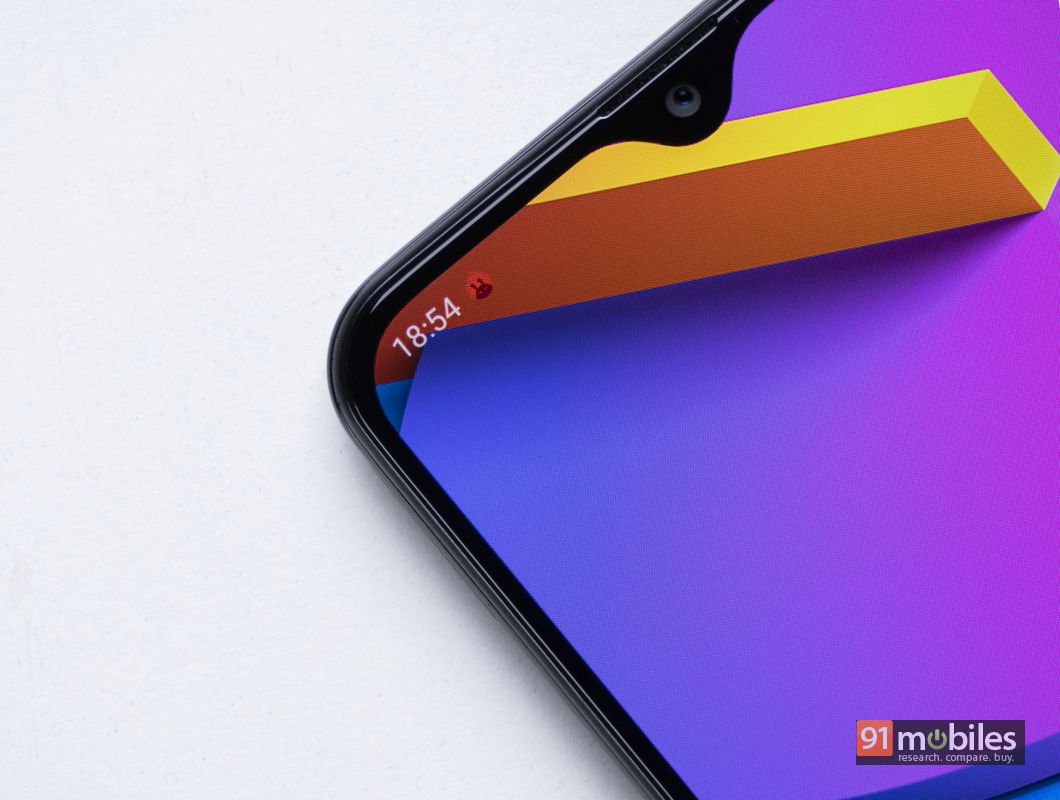 I wasn’t the biggest fan of the smartphone’s selfie shooter either. Even with the beautification features turned off, the device clicked soft pictures and the software-based portrait mode struggled to create a convincing blur effect around my ears and hair.

To handle everyday tasks and games, the Galaxy M10s utilises the company’s in-house Exynos 7884B processor which has been mated to 3GB of RAM and 32GB of built-in, user-expandable memory. Now, the 7884B chip is an entry-level CPU and therefore, you’ll have to keep your expectations in check should you buy the M10s. That being said, for the price, the M10s performed admirably during my stint with the phone. Be it juggling a half dozen apps, or playing graphically intensive titles like Call of Duty Mobile, the smartphone held its own. To give you a better picture, the smartphone scored 1,10,375 in Antutu’s 3D benchmark, which surprisingly, is even higher than the Snapdragon 439 toting Redmi 8 (review), which scored 96,995 points. 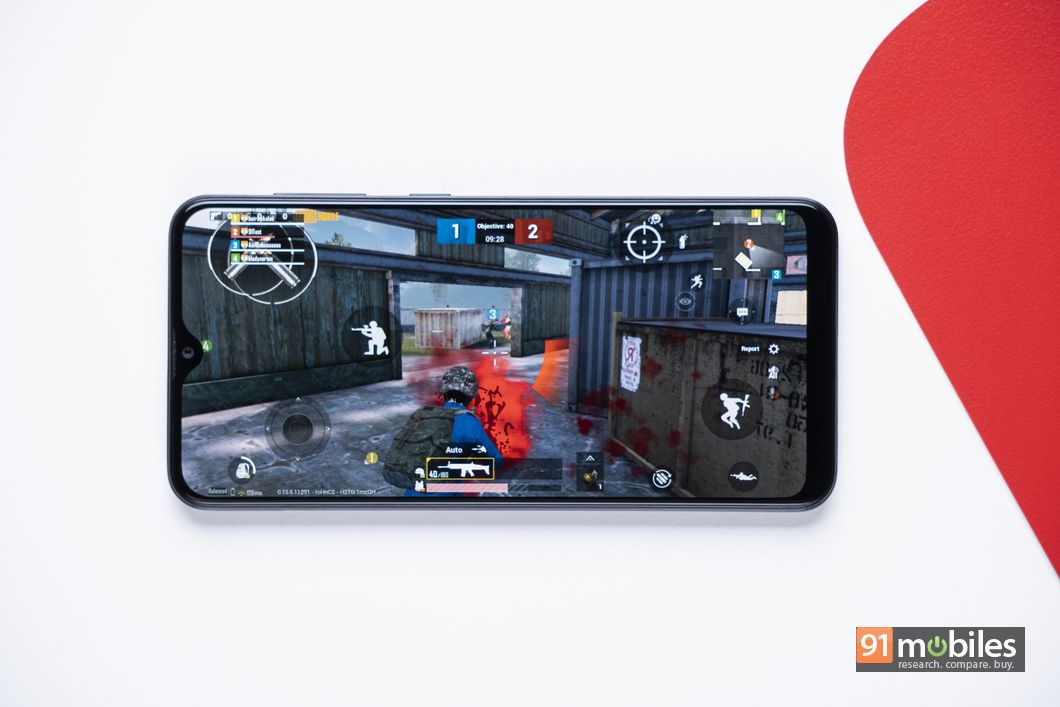 As for software, the smartphone boots the company’s OneUI on top of Android Pie. Now, as of writing this review, the M10s’ predecessor is yet to receive the Android Pie update and therefore, I wouldn’t keep my fingers crossed for the newer model to boot Android 10 anytime soon.

Samsung’s most affordable phone with a Super AMOLED panel includes the Glance lock screen feature that adds to the visual appeal right from the time you unbox the phone. The feature lets you access a variety of content, ranging from news to the ability to get sports updates on a real-time basis. And if that wasn’t enough, you can also watch short videos or play games on the lock screen itself.

The feature is extremely easy to use as you simply need to swipe down once and then keep swiping up to access more content. That’s not all, you can personalize what all you want to see from over 19 categories and also choose if you want it in an Indic language or English.

With that said, the software experience on the M10s feels quite refined and credit where credit’s due, Samsung has done a darn good job of optimising its skin for its lower-end handsets too. In terms of features, you’re looking at a treasure cove of customisation options from the company’s Galaxy Store, gesture-based navigation, the works. 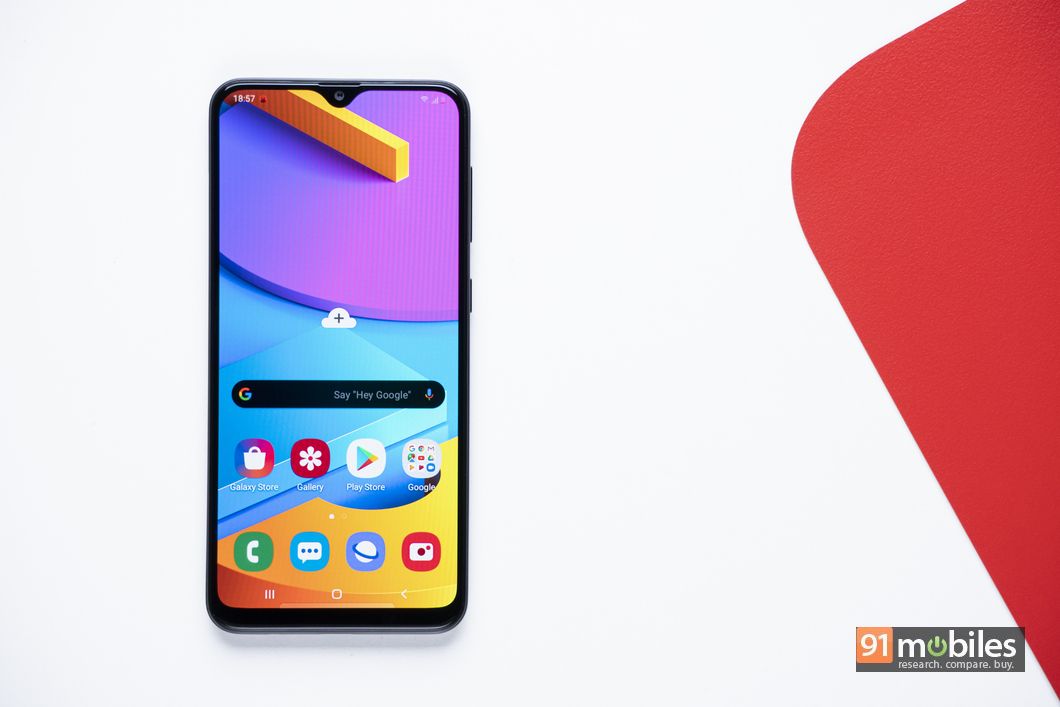 The Galaxy M10s is fueled by a 4,000mAh battery which comfortably saw me through the end of a heavy workday involving a lot of messaging, navigation and a ton of photography. What’s more, thanks to the bundled 15W fast charger, the phone managed to hit the 100 percent battery level in no time too.

For its asking price of Rs 7,999, the Galaxy M10s makes several compelling statements to warrant a buy. The smartphone looks sleek, comes with the Korean giant’s brand name and performs well too. Furthermore, the device managed to last me an entire day off a single charge, comes bundled with a fast-charging brick and, clicks good photos during the day. 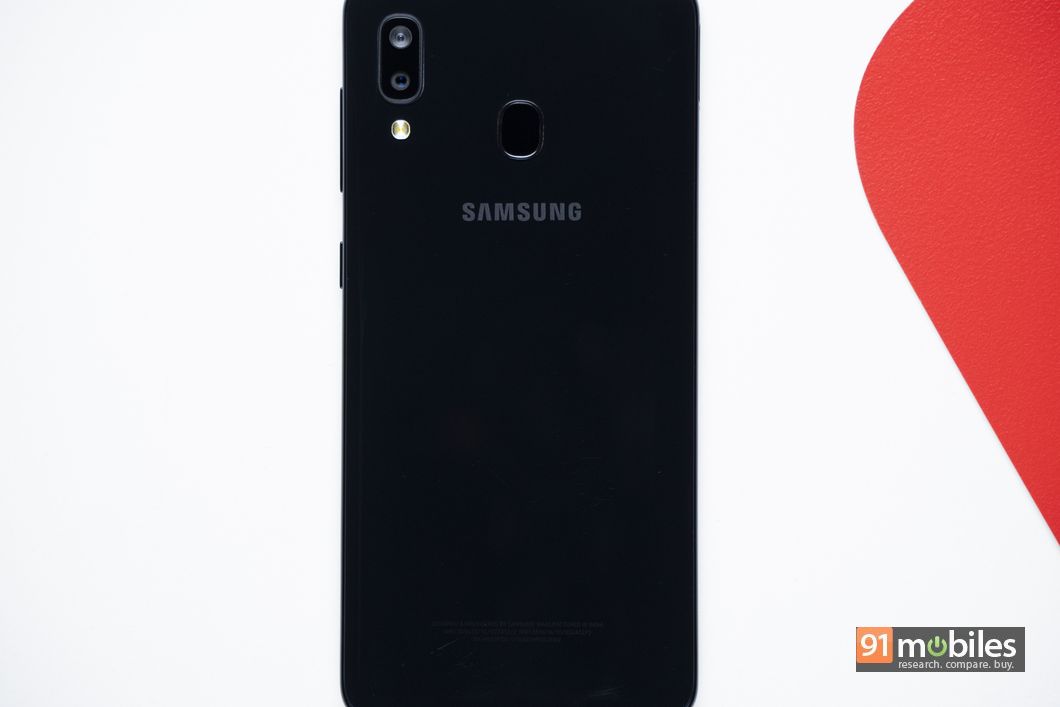 I’ll admit, it took me a while to get around using the awkwardly-positioned fingerprint sensor and the device’s lowlight camera performance is nothing to write home about either. However, on the whole, the Galaxy M10s does more things right and for that, gets a recommendation from me.