91mobiles.com
Home Reviews Sennheiser Ambeo review: the next big thing in the evolution of headphones 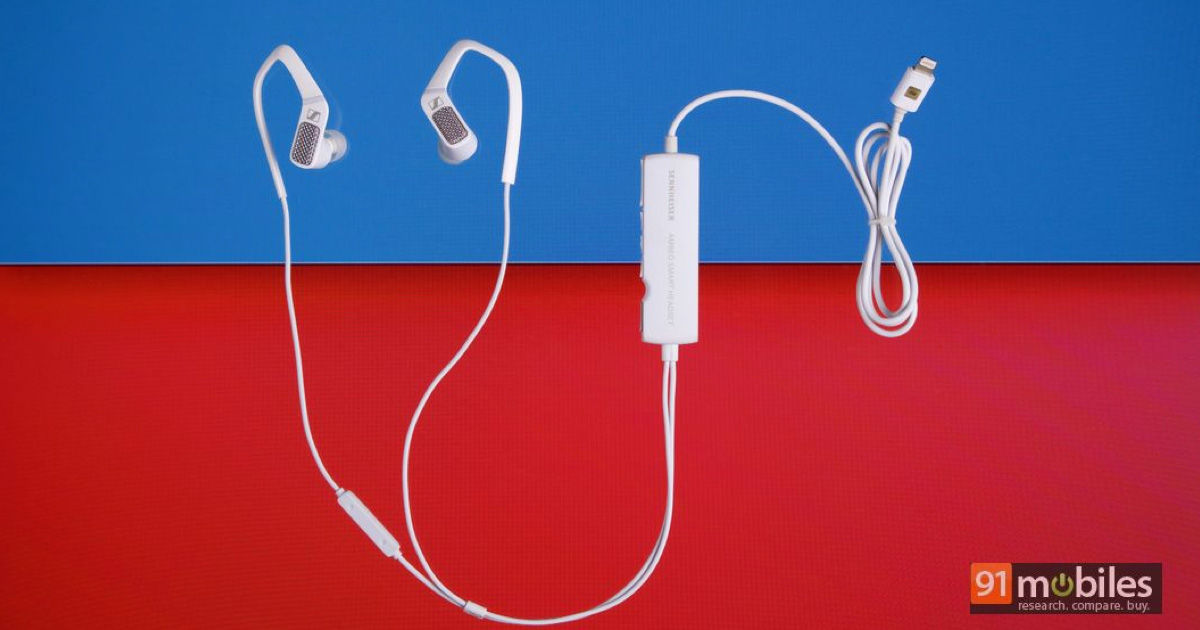 “The Sennheiser Ambeo can record binaural audio, which adds a whole new dimension to music and other tracks”

It’s not often we come across a gadget which both surprises and excites us. The Sennheiser Ambeo Smart Headset is one of those. Despite having my fair share of experience with different earphones and headphones, the Ambeo takes the cake for being the most unique gizmo I’ve ever reviewed. 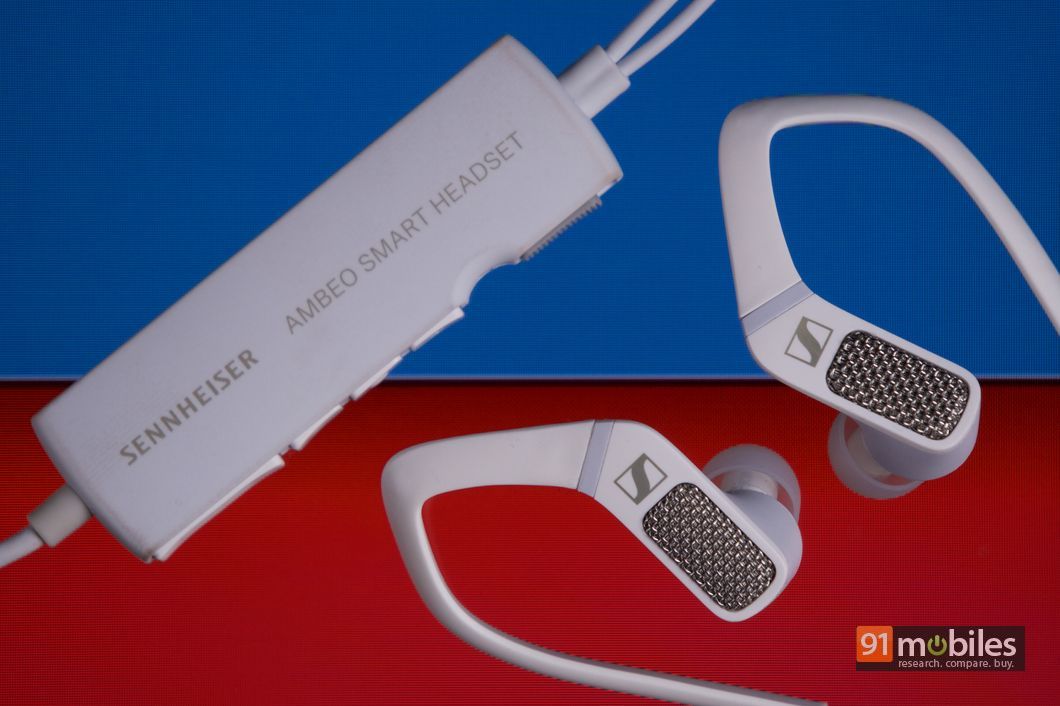 At its core, the Sennheiser Ambeo is a pair of earphones, but it’s also a tool for videographers and creators to take their productions to the next level by letting them record binaural audio which is accessible to anyone using an ordinary pair of earphones. Intrigued? Well, read on to find out what makes these earphones so special.

What is Binaural audio? 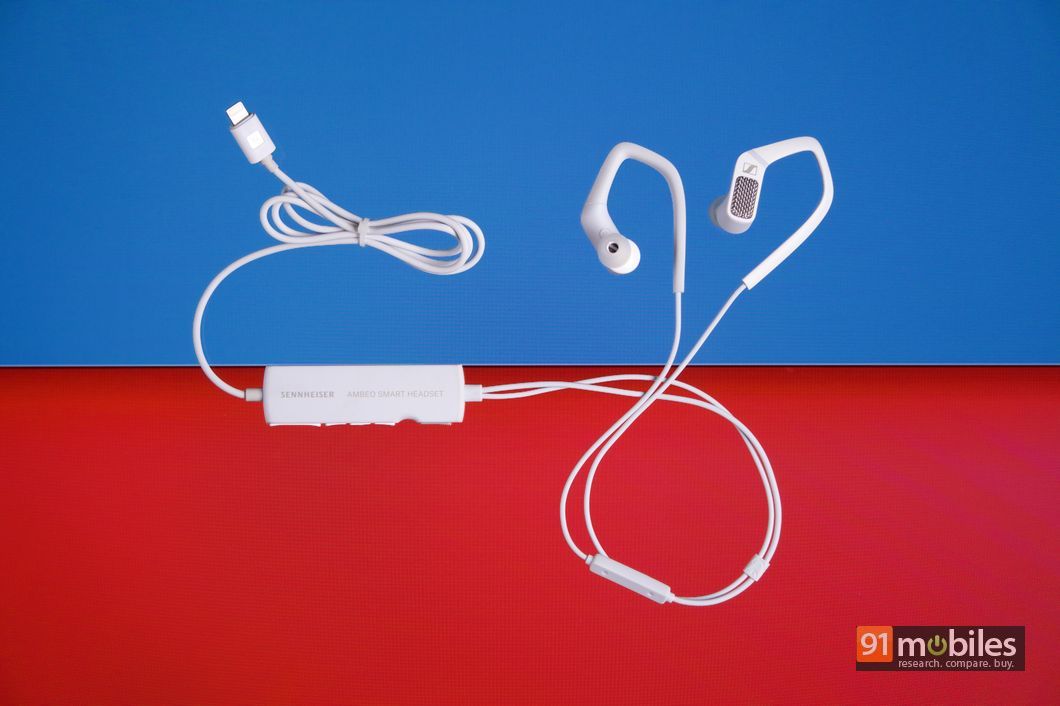 In layman terms, binaural audio is 3D audio. When listening to a binaural recording, you will be able to perceive sound from all the three dimensions and you’ll be able to pinpoint exactly where a sound is coming from. In fact, the term binaural literally means ‘having or relating to two ears’ and therefore, a binaural recording can faithfully replicate and reproduce the conditions of human hearing.

Up until now, binaural recordings have been extremely difficult to create, since one couldn’t just use any run of the mill stereo mic setup. Instead, one had to procure a realistic mannequin head which had two highly-sensitive and ultra-expensive microphones in each ear to replicate how sound entered human ears. With the Sennheiser Ambeo, the audio giant is bringing this technology to the masses in a relatively portable and inexpensive form factor. 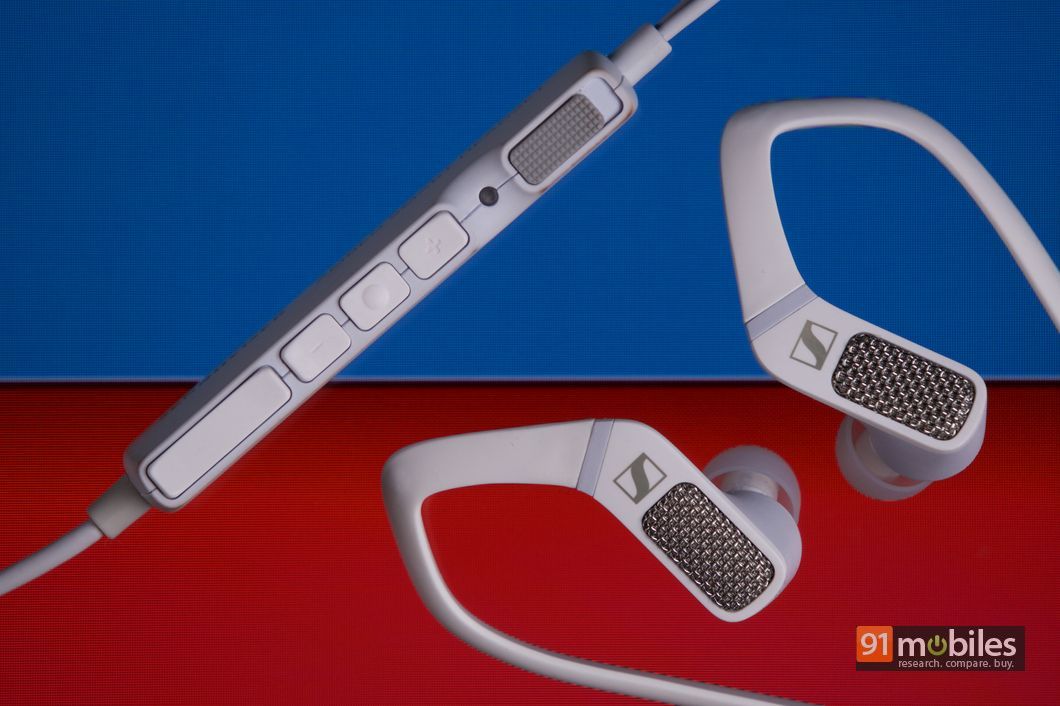 So, how does this tech work? Well, Sennheiser has partnered with Apogee, a brand which creates audio interfaces for Cupertino giant Apple and has bundled a lot of tech inside the Ambeo Smart Headsets. The earphones ship with Apogee’s proprietary Soft Limit and mic preamp, along with precisely-tuned digital to analogue and analogue to digital converters. The entire circuitry is housed inside a white box below the Y-split of the earphones. Furthermore, the metallic grill at the top of each earpiece is a microphone which helps capture sounds from your surrounding environment. 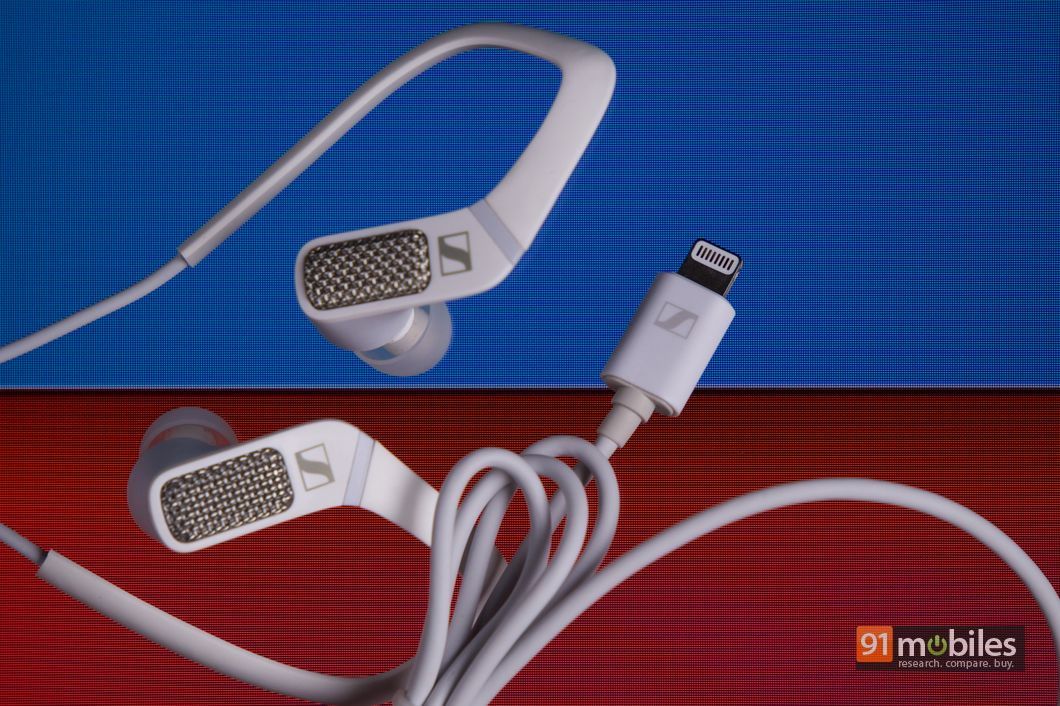 The earphones make use of a lightning connector and as a result, are currently only compatible with iOS devices. That said, the limitations on hardware don’t carry over to the software as you don’t need any special app to record 3D audio with the Ambeo and can simply use the default iOS camera app. What’s even better is that the files aren’t recorded in a proprietary format and therefore, anyone with a pair of standard earphones can listen to 3D audio you’ve recorded with your Ambeo Smart Headsets.

I know – it’s a lot to wrap your head around so do me a favour and watch this video I recorded whilst commuting from a metro station to my office.

Now, the audio track you listened to was recorded in a binaural format using nothing but my iPhone 7 Plus and the Sennheiser Ambeo earphones. During my walk from the metro station to my office, I heard a myriad of different sounds – noise from vehicles honking, gusty winds, indistinct conversations and much more. However, when I played back the recording, I was taken aback by the Ambeo’s ability to pick up even the faintest of sounds. What’s more bewildering is that the earphones managed to position the sounds accurately in my head too. Impressive, right? Now imagine how surreal the experience would be if say, your favourite YouTube Vlogger or musician started using the Sennheiser Ambeo earphones.

I’m sold on the binaural recording, but what about the sound quality?

At the end of the day, the Sennheiser Ambeo are earphones, so let’s talk about the sound output. Simply put, the Sennheiser Ambeo sounds great and I doubt you’ll find much to complain about in this department. The IEM boasts a wide soundstage and ships with impressive imaging capabilities too. As a result, the audio coming out of the earpieces is never mushy or garbled. You’ll also appreciate how clinical the delivery is, in the sense that the lows don’t sound shallow, the mids aren’t recessed and the highs don’t sound shrill, even at higher volumes. To top it all, Sennheiser has managed to make the Ambeo a lot of fun to listen too as well, which isn’t usually the case with some balanced earphones. 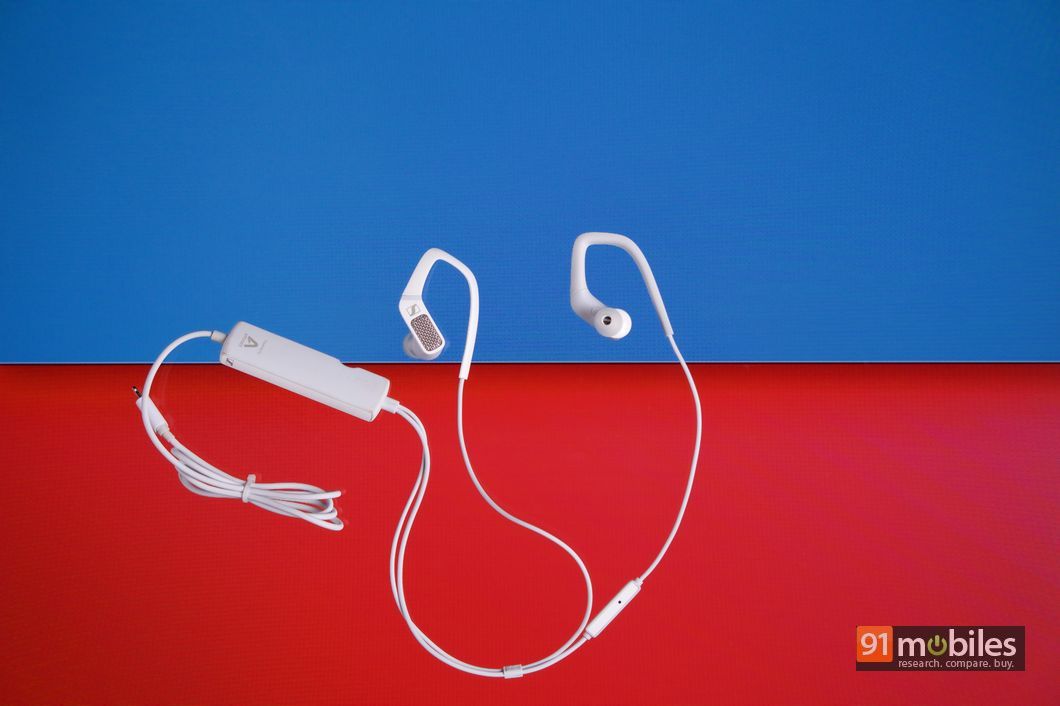 Sennheiser’s Ambeo headset has one more ace up its sleeve – the IEM’s feature Active Noise Cancellation which works pretty darn well too. You’ll get the option of choosing from three different ANC profiles which limit the amount of background noise entering the earpieces differently from one another. You can switch between the profiles by pressing up or down on the slider present below the volume toggles on the white box. Now, while the earphones cancel out most of the chatter when set in noise-cancelling mode, they produce a buzzing noise which is synonymous to most ANC headphones. Consequently, I couldn’t use the ANC features on the Sennheiser Ambeo for more than an hour at a time.

How comfortable is the earphone’s ear-hook design? 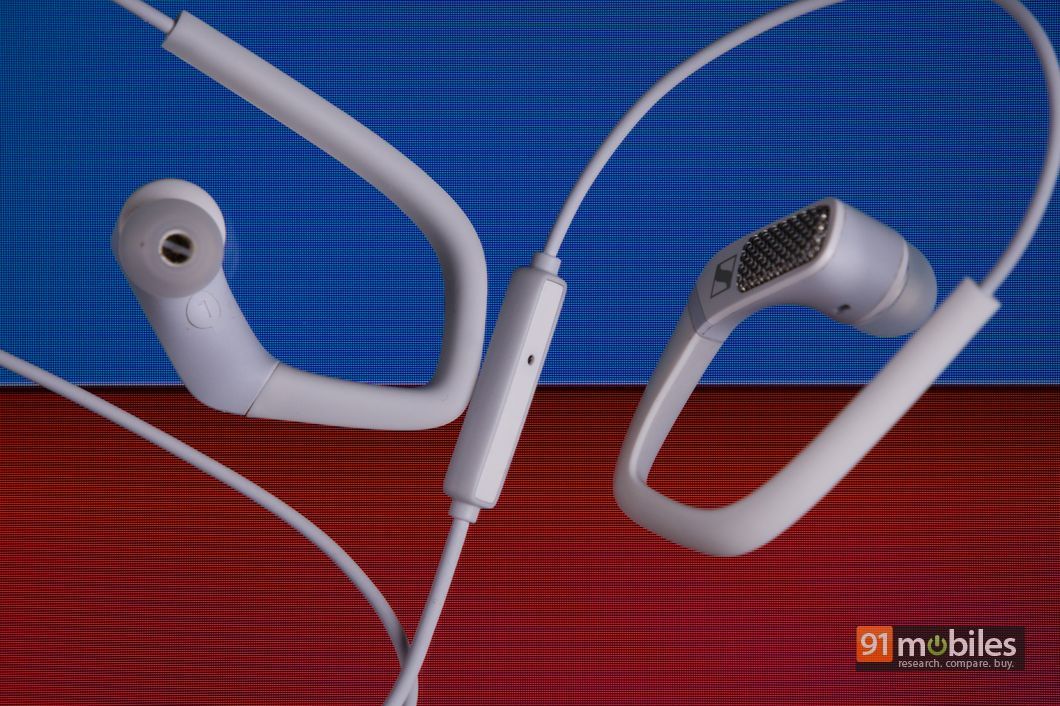 Personally, I’ve had little-to-no issues with the Ambeo’s fit. The ear-hook design locks the earpieces in my ear, ensuring that the earphones don’t come flying out if the wire gets stuck on a doorknob. Moreover, while the individual earpieces have been constructed out of plastic, the hooks make use of a soft, rubberised material which doesn’t bite the ears and makes using the earphones less fatiguing. That said, the white box which houses most of the circuitry does drag the earpieces down, making it difficult to listen to music on a stretch.

Should I buy it?

The Sennheiser Ambeo Smart Headset is a unique product to say the least and as it stands, it has no competition in India. That said, I don’t think you should just jump the gun and buy the Ambeo’s unless you’re serious about binaural audio and want to use the earphones to add a new dimension to your production. While the earphones sound excellent and have really good noise-cancelling capabilities, I don’t think you’d be utilising them to the fullest if you were just listening to music on the earphones. Moreover, the IEMs retail for Rs 19,999 which might seem like a lot for a pair of earphones, but is spot on for a tool which can be used to take your productions to the next level. 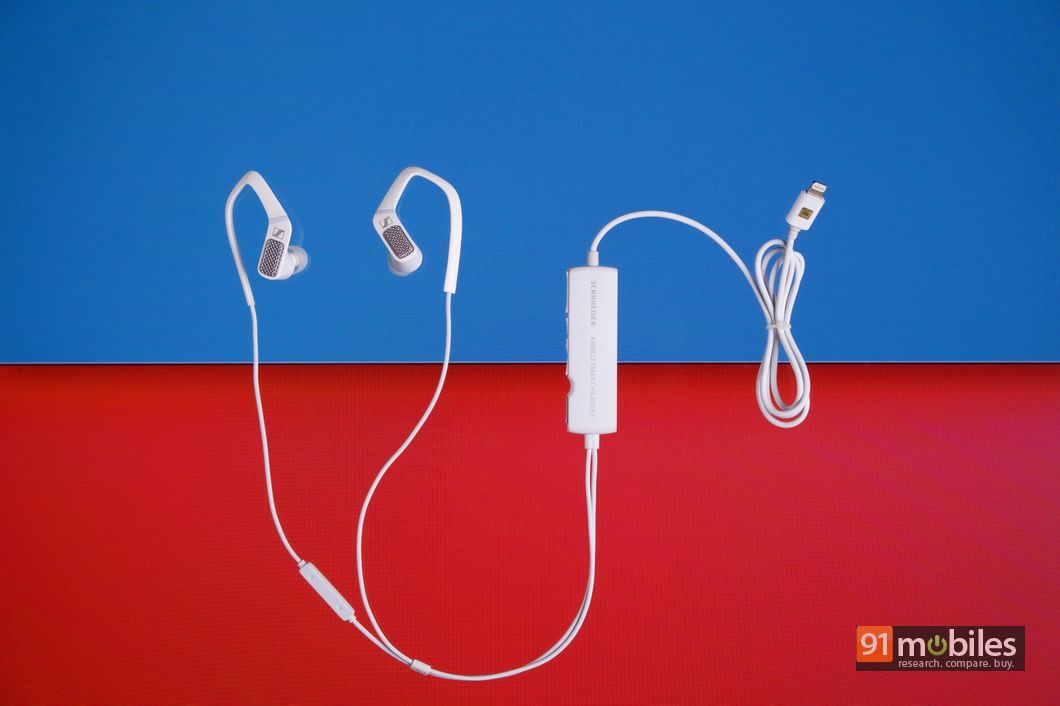 While binaural audio still has ways to go before people start using it more and more, I must commend Sennheiser for being the first big-name audio brand to bring this technology to the masses. Suffice it to say, the Sennheiser Ambeo is the next big thing in the evolution of headphones.