Up until recently, recommendations for a pair of good noise-cancellation headphoneselicitedan unequivocal answer just get the latest pair of headphones from Boses Quiet Comfort lineup. However,things changed last year when Sony unveiledits flagship ANC headphones, the MDR-1000X (review), which not only boasted an impressive sound signature but also shipped with excellent noise-cancellation features. So much so, our in-house audio expert stated that he would prefer them over the Bose QC35.

Recently, Sony unveiled the successor to the MDR-1000X dubbed the WH-1000xM2 and suffice it to say, the headphones have some pretty big shoes to fill. Not only do they have to improve upon their predecessor which in itself is a Herculean task, but also have to outperform the competition. That said, after weeks of testing, I am happy to report that the headphones are in fact the best noise-cancellation headphones you can buy right now. Heres why. 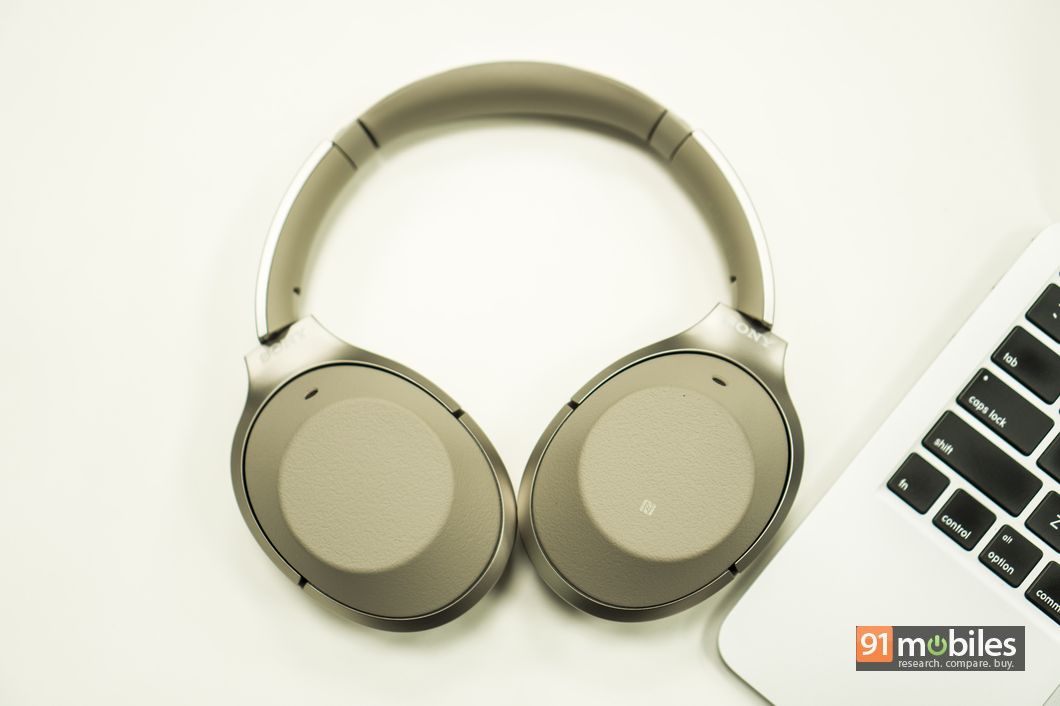 Sony pretty much nailed the design of the MDR-1000Xs in the first go and therefore, the company has made little-to-no changes to the design of its successor. In fact, unless you have a keen eye for noticing the differences, youll be hard-pressed to find the dissimilarities between the two models. I got the beige-gold unit of the 1000xM2 to review and right off the bat, I can tell you that the headphones look phenomenal. Sony is targeting the business-class customer with its latest headphones and the same is evident from the 1000xM2s minimal design. There are no funky colourways or fancy hinges and yet, the headphones turned heads every time I took them out from their hard-shell case. 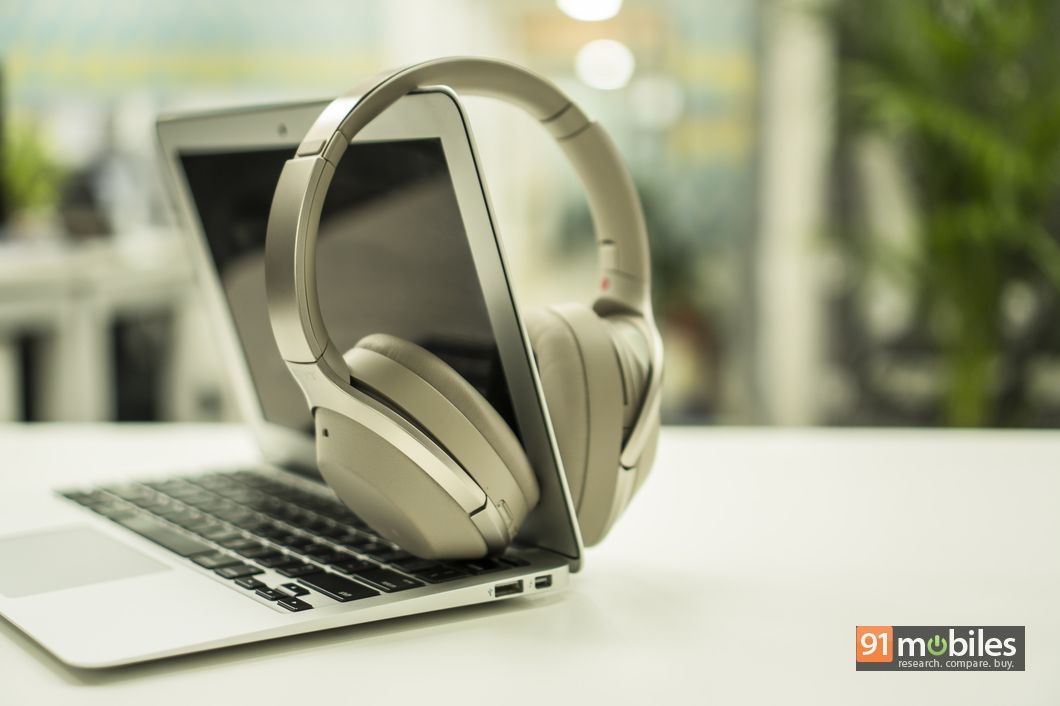 Much like last year, the 1000xM2 have primarily been constructed out of plastic too, but make no mistake, the headphones feel every bit as premium as say, the metal toting V-MODA. The soft and plush ear pads make a return on the latest iteration as well, along with the metal headband which gets a synthetic leather lining underneath to reduce the pressure while wearing the headphones. As you might have guessed by now, the 1000xM2 are a joy to wear too. The headphones plastic chassis makes them light enough to wear for extended periods without any fatigue setting in. Over the course of my review period, I had to fly out of the state twice and the WH-1000xM2, with their comfortable design, did not let me down during my journeys. 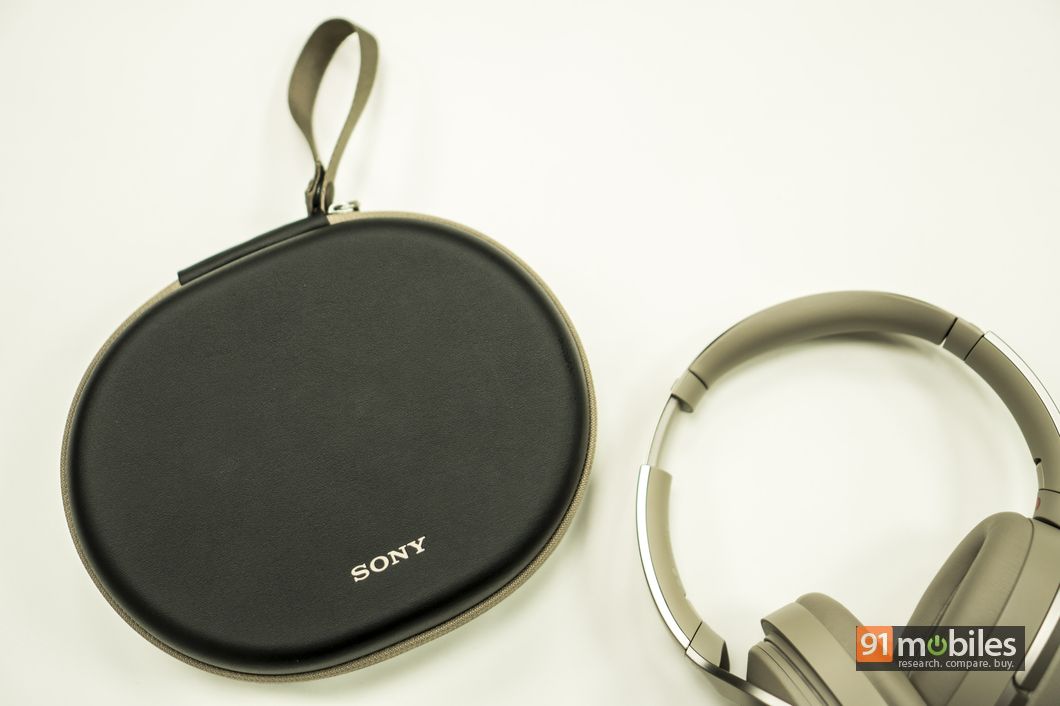 Anyway, the design of the 1000xM2 is as practical as it is elegant. I would like to reiterate that Sony is targeting the business traveller with these headphones and therefore, you wont find yourself using most of the headphones features unless you commute frequently. Much like its predecessor, the 1000xM2 also folds up nicely, making it extremely convenient to carry. In terms of button and port placement, youll find two buttons on the left ear cup, one for turning the headphones on or off and the other to toggle between different noise-cancellation modes. Those are the only two buttons youll find on Sonys flagship headphones as the company has yet again opted for gesture-based music controls which are positioned on the right ear cup. 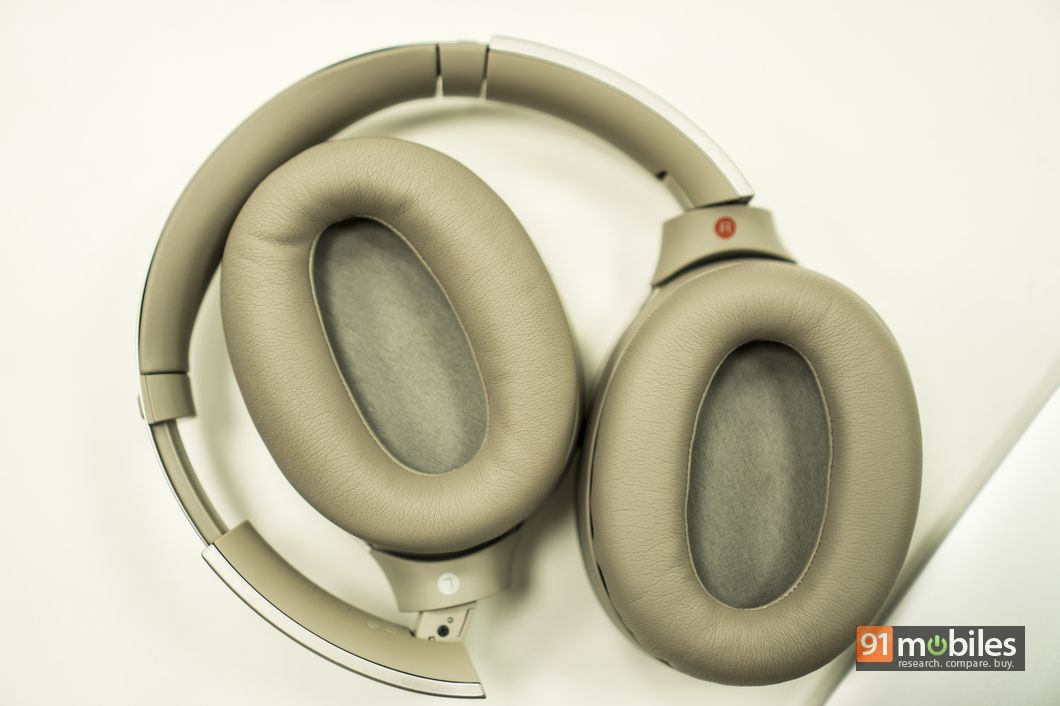 Now I personally steer clear of using gestures because more often than not, they dont work seamlessly and at times it takes multiple attempts to get the desired gesture right. Unfortunately, the WH-1000xM2 are no exception to finicky touch controls. You can swipe right or left on the right ear cup to switch between tracks, and swipe up / down to increase or decrease the volume. Double tapping the right ear cup in the centre pauses the track. While all this sounds good in theory, in practice, youll have touse the gestures extremely precisely toget them to work. If youre like me and switch songs before they hit their three-minute mark, then youll be better off controlling your music via your smartphone. Its more convenient and will save you the occasional headache.

That said, the 1000xM2s saving grace for inconsistent gesture controls is surprisingly another gesture. Similar to its predecessor, you can place your hand on the right earcup to reduce the volume and listen to other people talk, a feature which comes particularly in handy when youre ordering something on a flight. 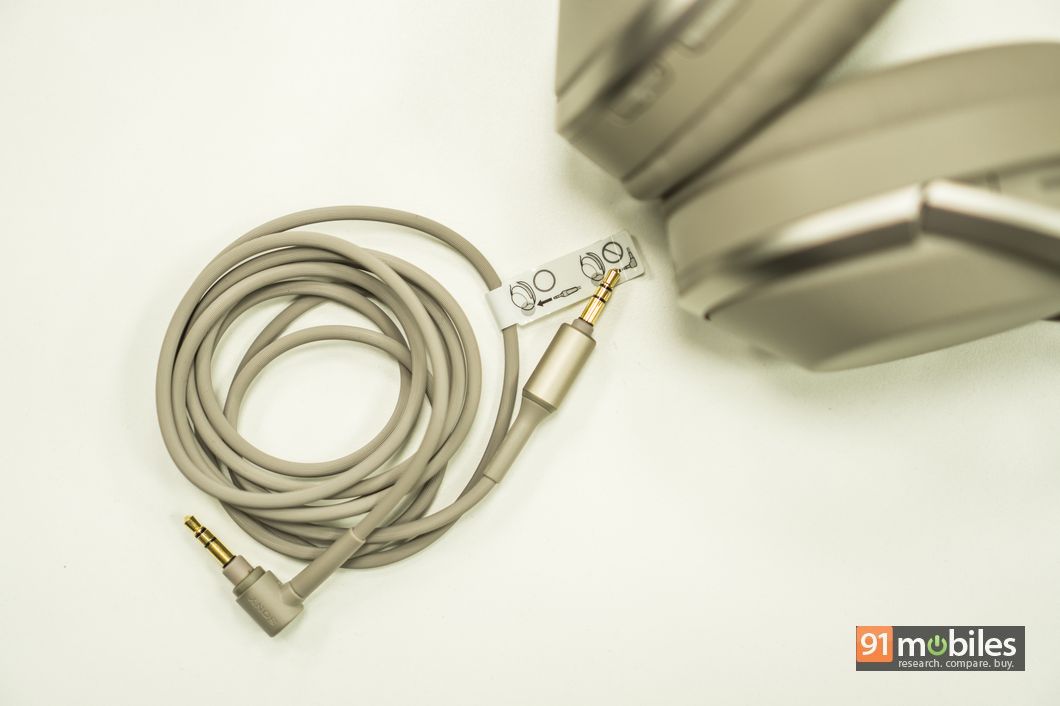 Ask any seasoned audiophile what their headphones of choiceare, and youll rarely ever get the name of a pair of noise-cancelling cans as the answer.The reason for that is thatnoise-cancellation can interfere with the quality of audio output. Thankfully, the Sony WH-1000xM2 are an exception to this, as the headphones sound brilliant, with noise cancellation on or off. But before we get into that, lets talk specs, shall we? The Sony WH-1000xM2 ships with 40mm dynamic drivers and comes bundled with LDAC as well as aptX codec for enriching wireless pass-through. Now, aptX is common across a range of headphones,but LDAC is unique to Sony products as it is the companys proprietary audio codec which allows streaming of Hi-res audio even over Bluetooth. Unfortunately, to make the most out of LDAC codec, youll have to pair the Sony WH-1000xM2 with a Sony smartphone or a music player which supports LDAC as well. 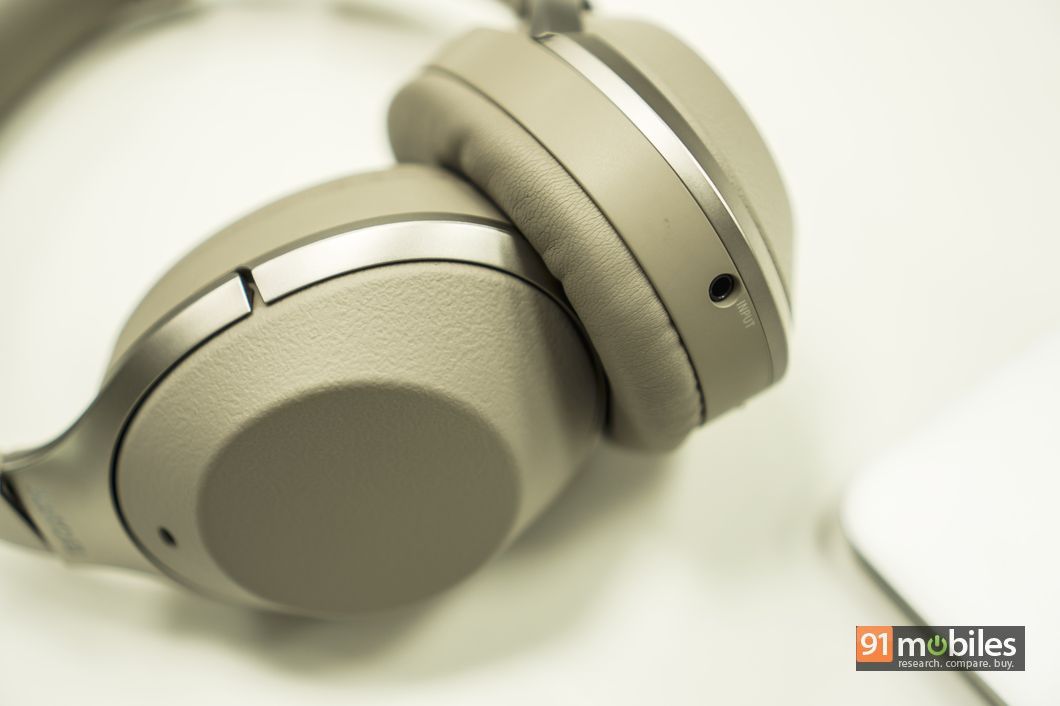 Audio-wise, the 1000xM2 do little to differentiate themselves from their predecessor which by no means is a bad thing. The original MDR-1000X were arguably the best wireless noise-cancellation headphones I had used and therefore, I welcome the similar sound signature of the 1000xM2. The headphones boast a U-shaped sound signature with slight emphasis on the low-end,though the sound is still very much balanced. I wouldnt go as far as to claim that the headphones sound neutral, but to my ears, no part of the frequency spectrum felt overpowered. Sony has tweaked the bass a bit, which I feel is more of a knock than a slam on the door this time around. That said, the 1000xM2 still pack plenty of punch in the low-end and you wont find them lacking when listening to songs from the EDM genre. A fine example of the headphones’ controlled bass output is when you listen to 6LACKs Gettin Old wherein the kick drum makes its presence feltbut doesnt intrude over the vocals. 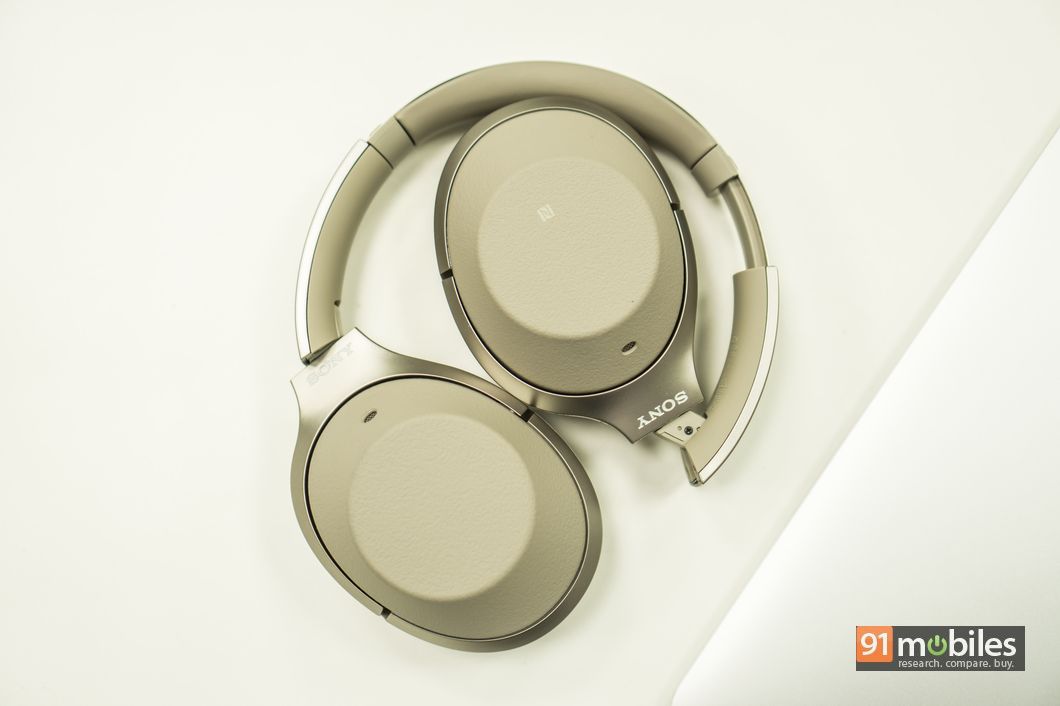 The performance in the high-end isnt as impressive,but you wont find much to complain here either. Strums from both, an acoustic and an electric guitar sound sharp which is evident from The White Stripes I think I smell a rat and Ed Sheerans Eraser. Since the headphones excel at imaging, chaotic rock songs dont get muddy at higher volumes either. Unfortunately, the notes do sound a bit muffled and for the price, Ive heard headphones with a warmer, more energetic sound output. That said, the headphones arent sibilant and dont shriek at higher volumes either. 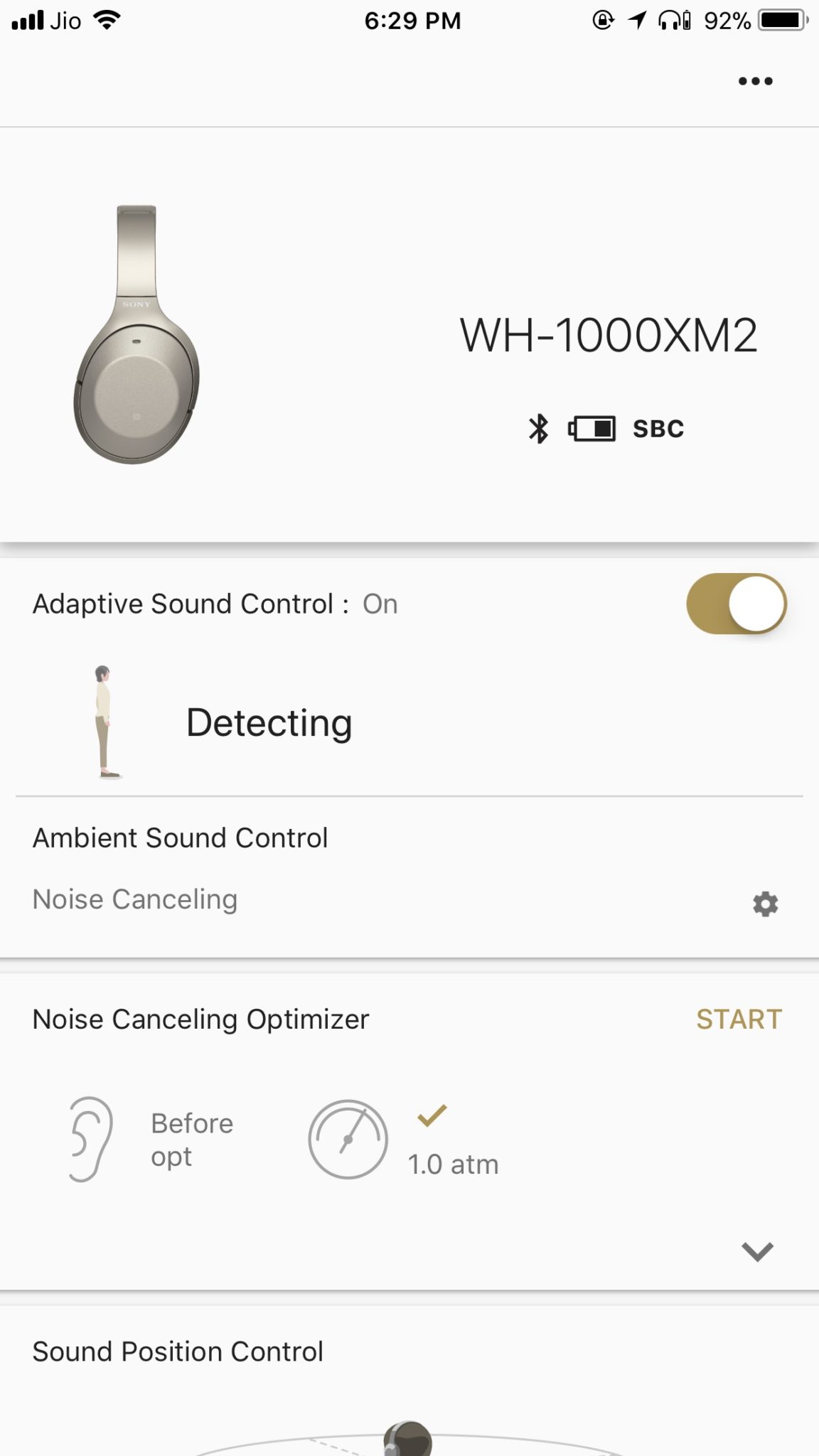 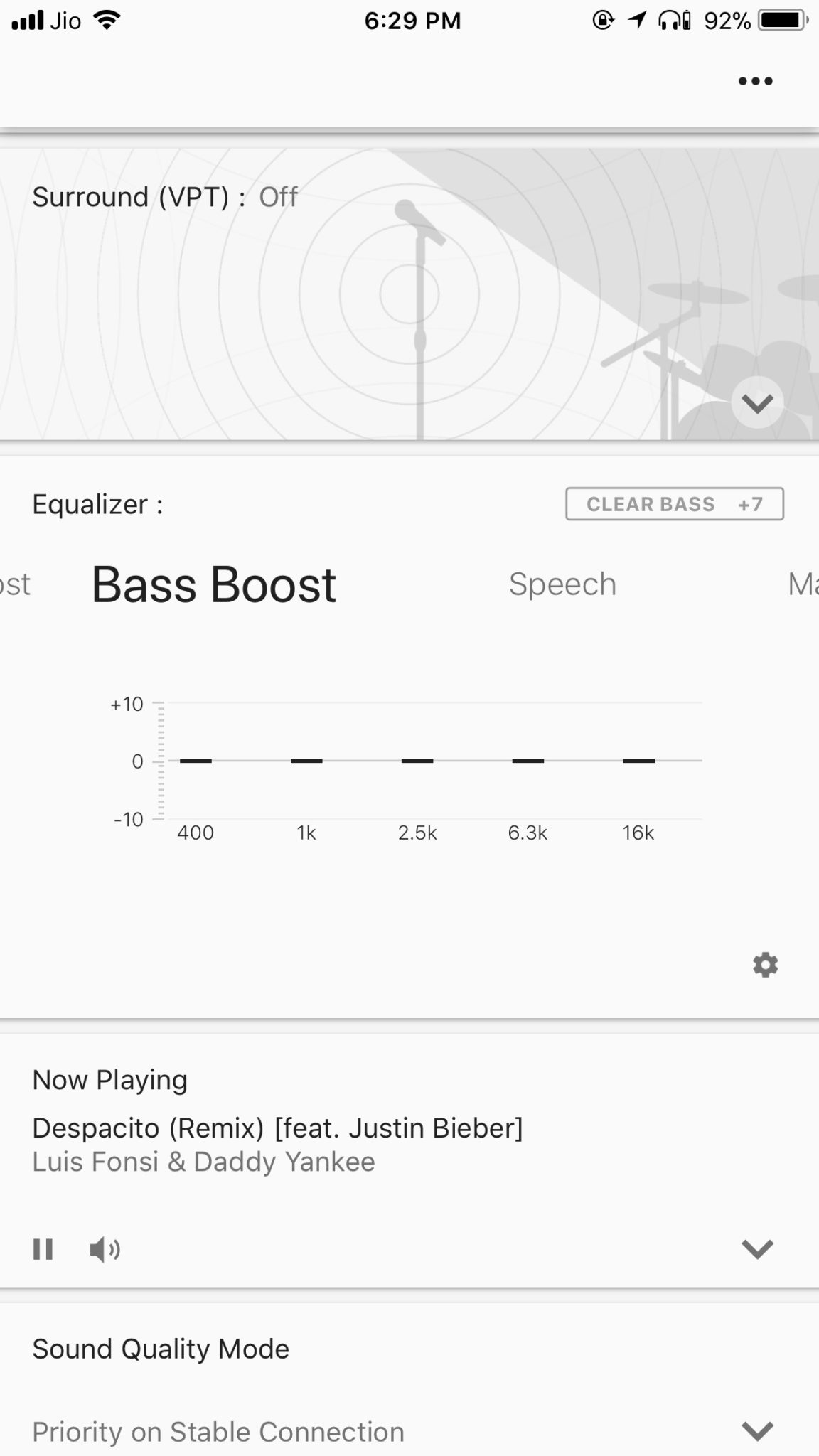 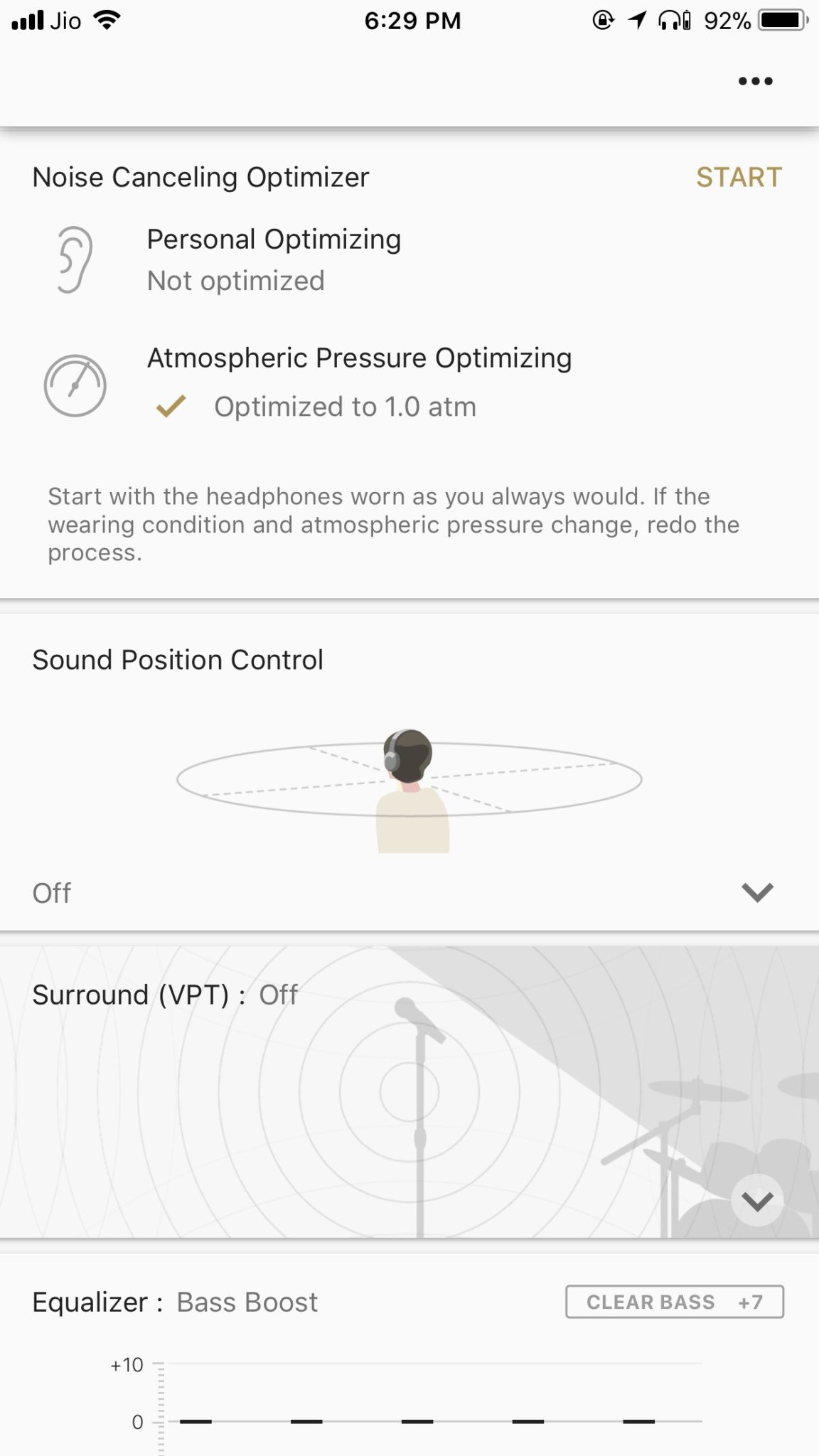 Everything considered, the WH-1000xM2 sounds great,but what sets it apart from the competition is its excellent noise-cancellation capabilities. Similar to last years model, the 1000xM2 can drown pretty much any form of ambient noise,but this time around, Sony is offering more control on the noise cancellation bit by means of the Sony Headphone Connect app. The app works in tandem with the sensors on the phone to determine which state a user is in. The app can automatically detect whether youre at rest, in a transit or walking and makes adjustments to the levels of noise cancellation accordingly. Furthermore, users also have the option of tweaking the amount of ambient noise they want to let in during a particular state manually. For instance, you can block all the background noise when youre in rest state or let some noise seep in to keep yourself aware of your surroundings and so on.

The app also gives you more control over how you want your 1000xM2s to sound. With the built-in EQ, you can change the sound profile of your headphones to your liking. You can also control whether the music you want to listen to is being projected from the front or from the back from within the app. 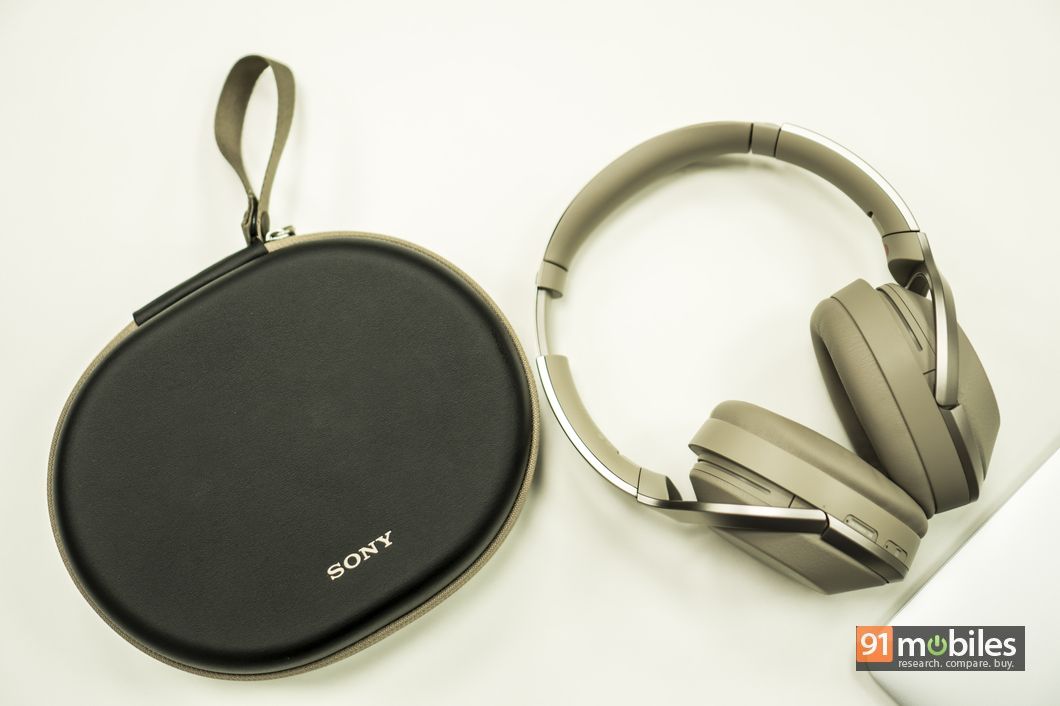 Lastly, the WH-1000xM2 will last you 30 hours off a single charge, around ten hours more than the MDR-1000Xs. The headphones take around four hours to completely refuel, but you can get 70 minutes of play time off a ten-minute charge since the headphones support quick-charge technology as well. 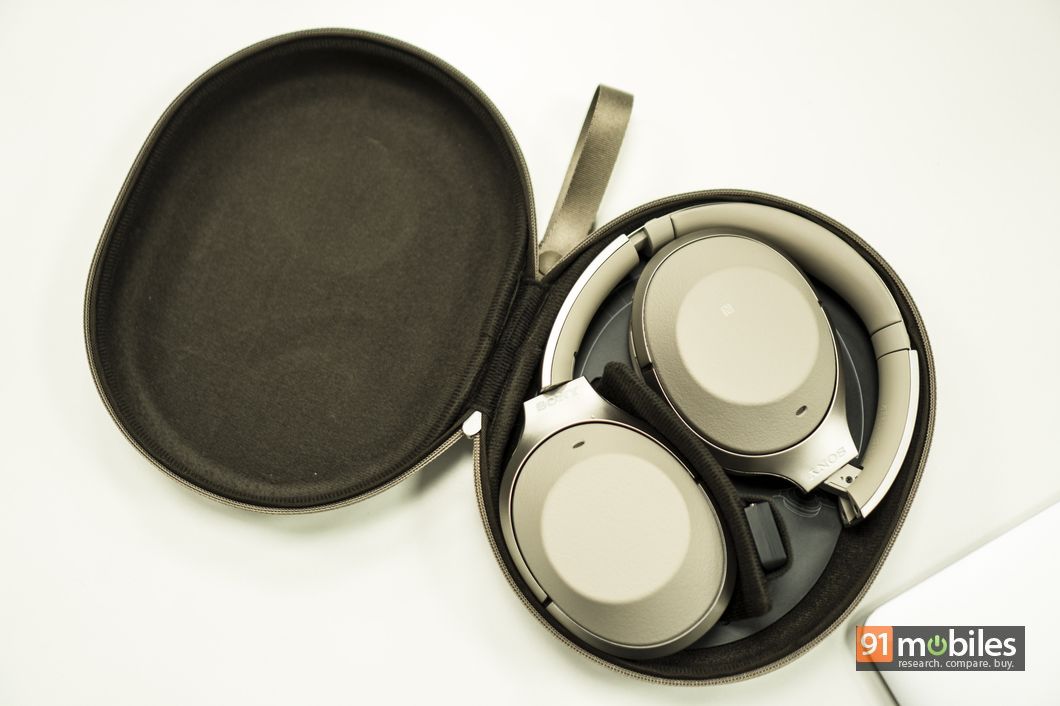 Retailing for Rs 30,900, the Sony WH-1000xM2 are perhaps the best noise-cancellation headphones Ive tested and if push comes to shove, Id pick them over the Bose QC35 II in a heartbeat. Now, from a pure noise cancellation point of view, Bose still trumps every other brand in the market. However, the WH-1000xM2 sounds significantly better and comes bundled with a bunch of useful features and adaptive noise cancellation, making it a better overall package. Colour me impressed but Sony is no longer playing the competitor, and the 1000xM2 are a winner.