Okay, lets get one thing right out of the way: American audio brand Bose has been making the best active noise cancelling (NC) headphones for a long time now. Boses latest – the QC 35 – is a pair of wireless headphones that also come with the trademark NC tech that the company is famous for. Heres my review of the QC 35 if you are interested. Now, Sony is going up against Bose with the MDR-1000X, which the company very bravely claims comes, with industry-leading noise cancellation.

So, is the MDR-1000X really better than the Bose QC 35 or is it just a tall claim worth brushing under the carpet? Stay with me to find out. 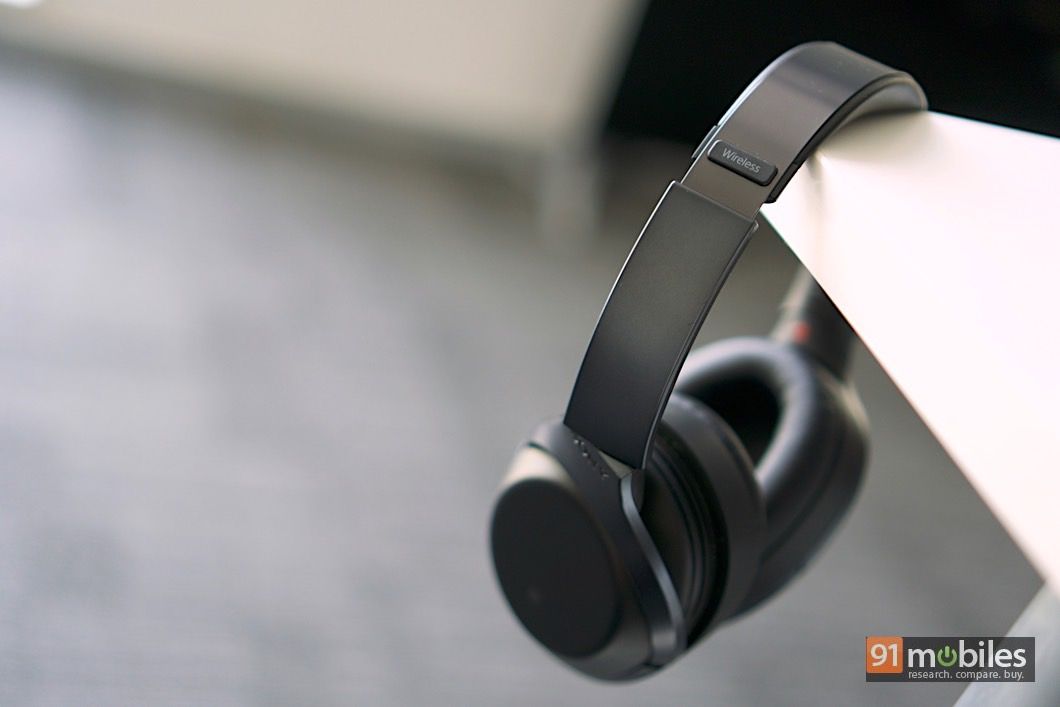 Design characterised by an understated elegance

You know Sony is gunning for Bose headphones straight out-of-the-box when you see thepremium materials it has used to build the MDR-1000X. While the MDR 1000-X aremade mostly of plastic, Sony uses metal for the headband and expensive-feeling faux leather on the exterior of the earcups. The pads also have a lining of synthetic leather on top of a very cushy foam padding. If I have to find an analogy, the feeling of using the MDR-1000X is similar to sitting inside a luxury car with plush leather interiors. In a word: classy.

As far as wearing comfort is concerned, I found theSony MDR-1000X to clasp more tightly than the QC35 which by the way is the most comfortable pair of bluetooth headphones Ive had the pleasure of using. That said, it could be because I have a head the size of two footballs. In any case, the slightly tighter clamping pressure doesnt cause any major discomfort during long listening sessions.

The micro-USB port for charging the headphones is placed at the bottom of right earcup. A slew of buttons for functions like Power, Noice Cancellation, Ambient Sound, and the 3.5mm jack for the wired connection, are all lined up at the bottom of the left cup. These buttons are easy to access and offer a decent amount of travel too. The headphones can also swivel which allows for themto be folded and placed inside a compact box provided in the retail packaging. You also get an additional micro-USB cable, a 3.5mm cable, and an airplane adapter.

Packed to the brim with features

The first time you wear the MDR-1000X, Sonys proprietary Sense Engine tech does its magic. Sony claims that the headphones learn your wearing style for example, if you are wearing prescription glasses and optimises the sound accordingly. I cant quantify how this works really but know this, the sound signature doesnt really change. While you can obviously switch off the Noise Cancellation, the Ambient Sound button cycles between two modes – normal and voice. In the normal mode you can listen to every day sounds like traffic clearly, whereas the voice mode lets you hear your colleagues loud and clear provided you havent cranked up the volume to over 60 percent. It works well, although I couldnt really distinguish the difference between the two modes. 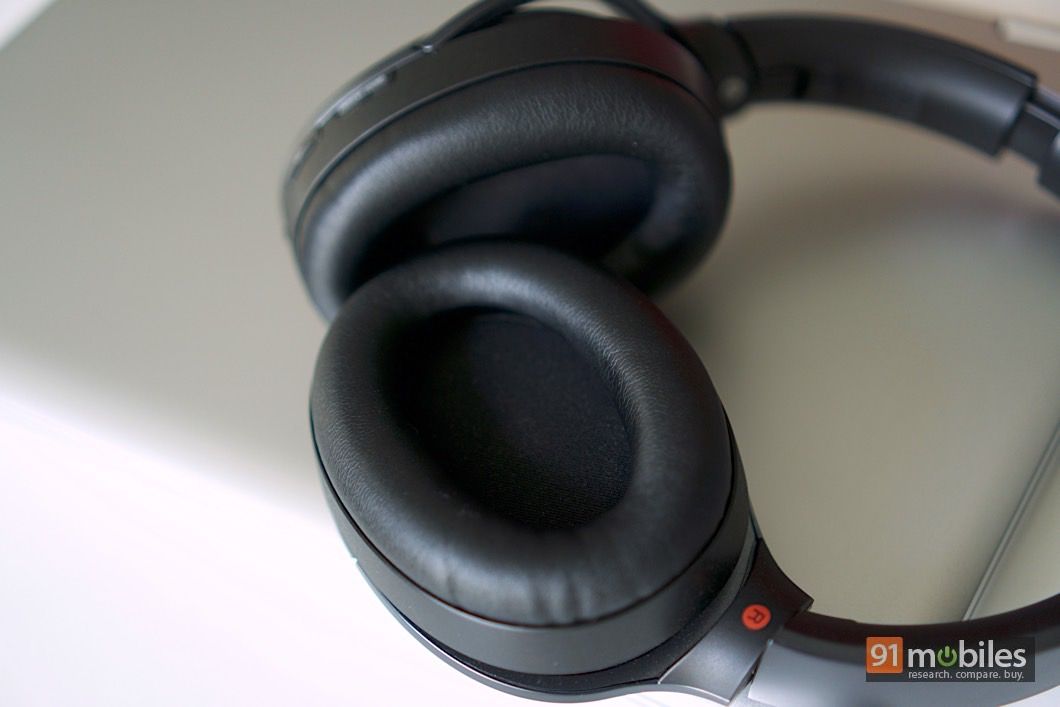 However, my favourite feature is one where you can place your hand over the right earcup to decrease the volume of the music to listen to other people talking. This feature is pretty useful and it works flawlessly too. Quite honestly, it feels like a natural extension of using the MDR-1000X after a while and makes you wonder why nobody thought of this before. Major props to Sonys engineers for such an ingenious idea.

For those who dont know, lately an increasing tribe of headphone brands have been integrating tap and swipe gestures on the earcups. I remember reading about the Parrot Zik headphones including such a feature back in 2014 and getting awed by it. I never had the chance to test the Zik but playing around with the swipes and taps on the MDR-1000X, I am intrigued and a fan. After initial hiccups, I got accustomed to double tapping to pause the music, swiping up / down to control volume, and swiping right and left to change the tracks. Granted the swipes have to be deliberate and sometimes it doesnt register properly, but I consider it a minor setback really. In any case, I can understand if you think that headphones of this quality and price should have had more finesse in its controls. 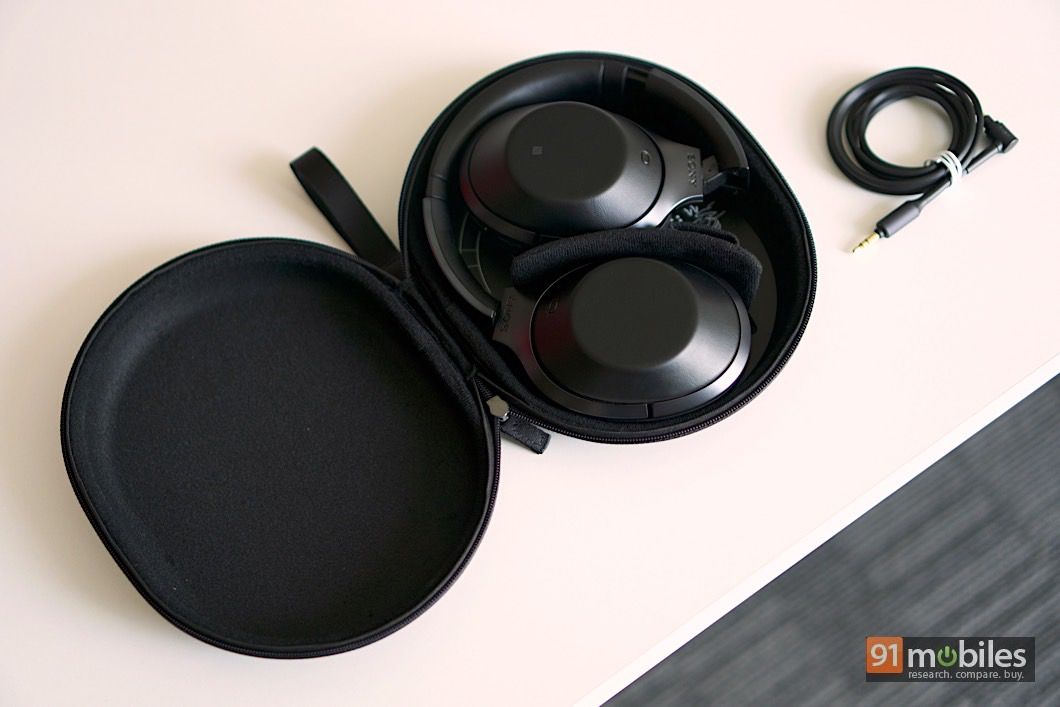 This is where things get interesting. The MDR-1000X comes with two 40mm dome-shaped drivers, which operate in a frequency range 4 Hz to 40,000 Hz. Sony proudly flaunts the Hi-Res audio even on the MDR-1000X. Now, to achieve this it uses a proprietary Digital Sound Enhancement Engine (DSEE HX) tech to improve the quality of wireless audio. Moreover, it offers support for LDAC format which is Sonys very own take on lossless audio streaming over Bluetooth. Unfortunately, LDAC is available only on a handful of Sony smartphones and Sony Digital Audio Players (DAP). Fret not, the phone also supports Qualcomms aptX standard that can transfer CD-quality audio over the air. FYI, aptX is more commonplace across Android smartphones.

I tested the Sony MDR-1000X by pairing it withan Apple iPhone 7 Plus (review) and my MacBook Air. The first thing I noticed is that the headphones offer crystal clean delivery of sound which is pretty dynamic too. The soundstaging is not as wide as the Bose QC 35 but I absolutely loved the imaging. The instrument separation in Bernhofts Cmon Talk is just superlative. However, do note that the MDR-1000X have a typical u-shaped sound signature with an emphasis on bass but it never gets overwhelming. I really wish the mids were better though; it feels slightly repressed and doesn’t reach its full potential. The trebles, on the other hand, offer the right amount of extension too. Overall, all the genres of music playback really well on the MDR-1000X and I didnt really miss wire, which is further augmented by the fact that I didnt face a single dropped connection during my testing period. 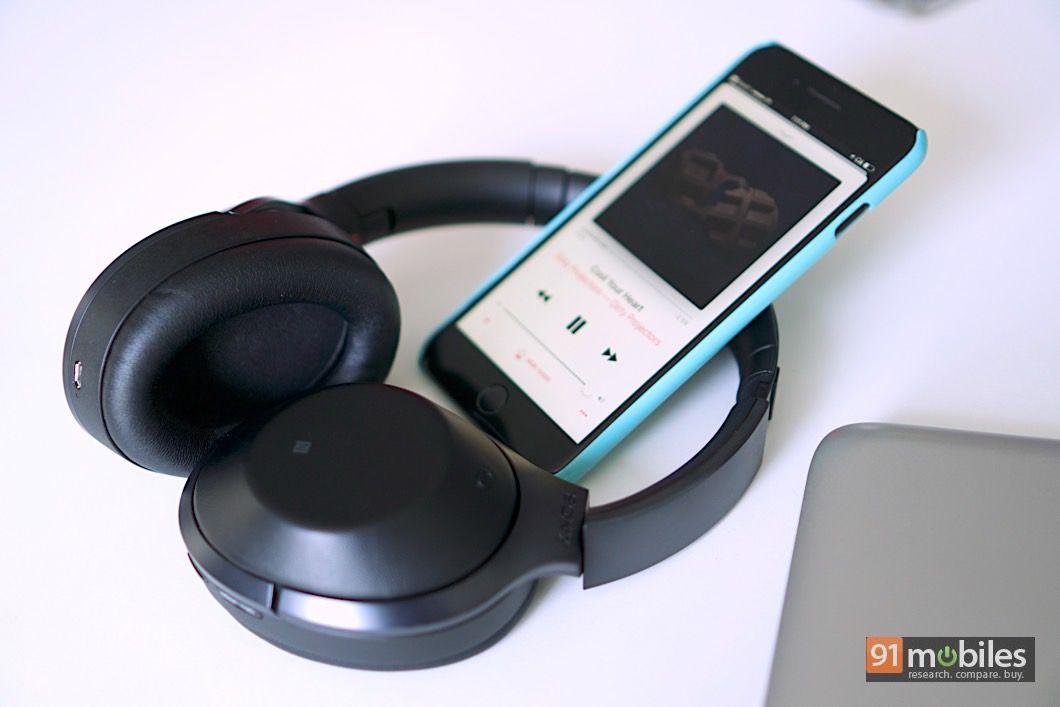 In phone calls, the MDR-1000X performed admirably well in relaying the callers voice with crystal clear clarity but the microphone performance wasnt up to the mark; the person on the other end complained about my voice being muffled. 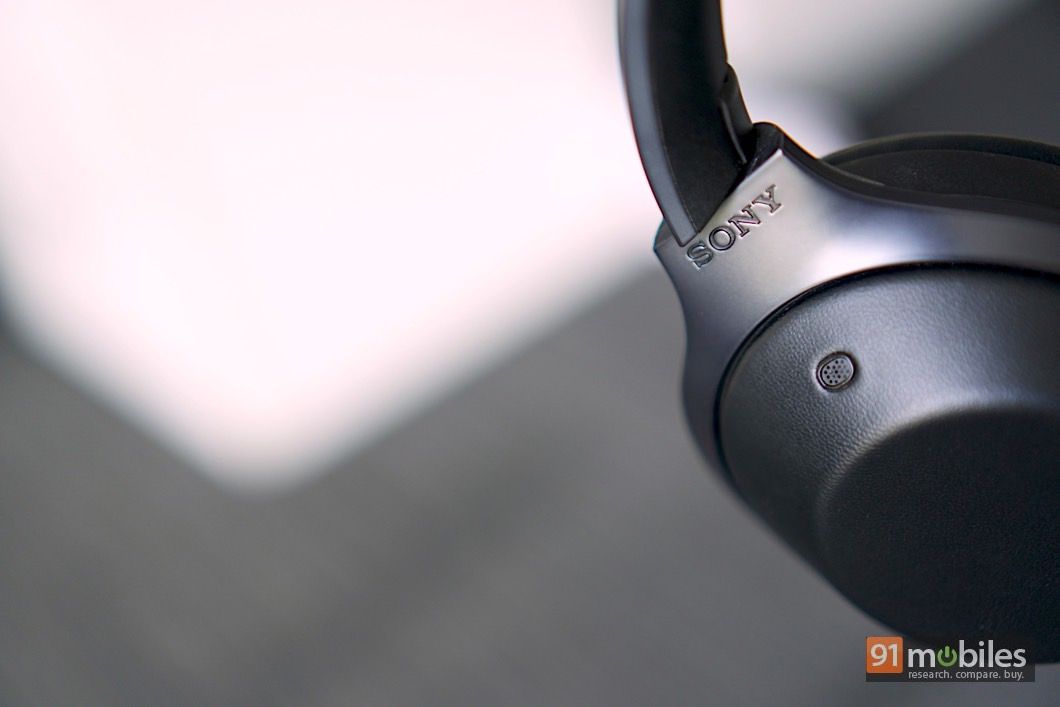 The Sony MDR-1000X has a sticker price of Rs 30,990, which is around the same price as the Bose QC 35 as well. If the Bose trumps the Sony in pure active NC performance, the Sony edges the Bose in sound quality. That said, the MDR-1000X offers really good NC and the QC 35s sound signature is not half bad either.

Therefore, if you are considering buying either one of these two noise cancellation headphones which by no means is an easy choice to make just figure out what you want: good noice cancellation or great sound quality.

If you had to put a gun to my head and ask me, Id go for the Sony MDR-1000X as my preferred wireless active NC headphones. Furthermore, it doesnt hurt that the MDR-1000X is packed to its gills with features, none of which are gimmicks. Colour me impressed, Sony has really outdone itself this time.