Home Feature The everchanging laptop landscape in India – in conversation with Sooraj Balakrishnan,... 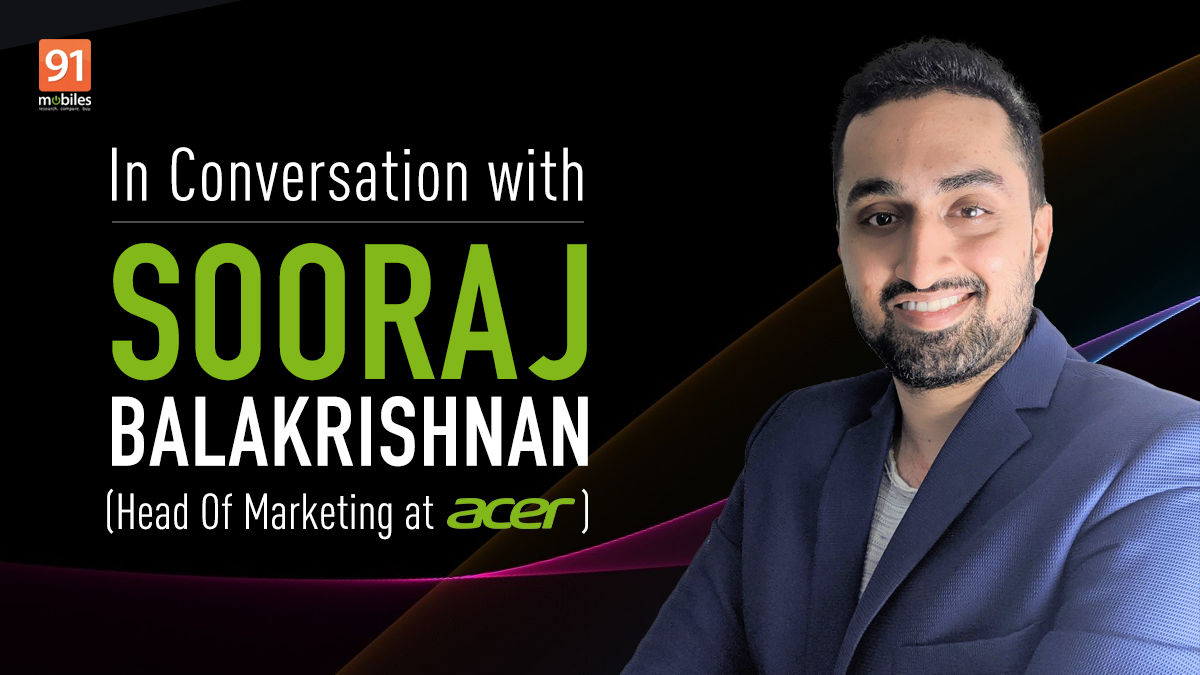 2020 changed the way we look at work, entertainment and education. The office cubicle, theatre and classroom found their way into the home. Households suddenly found themselves investing in a second laptop for education, and work or simply immersing themselves in virtual worlds when they couldn’t venture out into the real one. But it has been 2 years since the pandemic started and almost a year since life started going back to normal, well… as normal as can be in a post-pandemic world.

State of the laptop market in 2022 and beyond!

In this post-pandemic world, I had a chance to sit face-to-face with Sooraj Balakrishnan, Head Of Marketing at Acer, to talk about the ever-changing and ever-evolving laptop landscape. During the pandemic, laptops saw a surge in demand thanks to families needing a dedicated machine for almost every member of the household, be it for work or studies. According to Sooraj, “a lot of buying happened in a very short space” he says recounting the surge in demand during the pandemic. He goes on to say, “they all had to buy immediately because the pandemic resulted in learning from home, working from home, people starting their own hobbies, setting up businesses from home, etc. All that resulted in a market situation where a lot of demand happened in a short space. So when that kind of buying happened, the next year would obviously be more of a correction.“

Sooraj highlights that while we will see a “correctional phase rather than a growing phase” he is positive that there will be an upward trend in 2023 in segments like premium thin-and-light laptops and gaming laptops.

Change in demand for gaming laptops in a post-pandemic world

The pandemic brought about a challenge for gamers too. The chip shortage saw prices of GPUs go up and it was quite challenging to get the latest hardware. With the recent ease in chip shortage, I wanted to understand if Acer saw any major trend changes between the pandemic and the post-pandemic era. 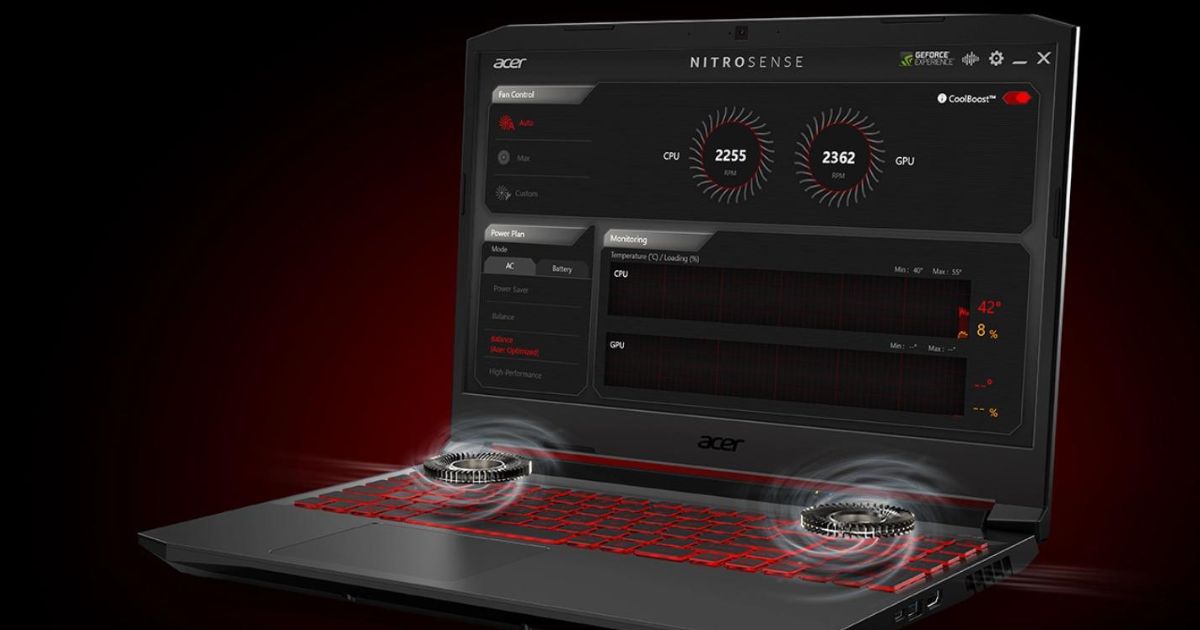 Sooraj agrees with me and says, “gaming definitely saw a huge jump in those two years. But the growth of gaming was not so much in 2022. Other problems (chip shortage) might have slightly lowered the growth perspective. But gaming definitely stood the test of time in terms of demand. If you look at this last Diwali (2022), we saw actually good performance across all segments. So we feel it’s bouncing back“.

Sooraj is right when he tells me that the gaming hardware market will see its own correction. During the pandemic, people purchased gaming machines, but may not have purchased the ones they really wanted due to the chip shortage or simply, tightening of the belt. But he says now people might upgrade to the machine they really want because the supply chain seems to be smoothing out. Sooraj is positive about gaming laptops in 2023 and I too am looking forward to the new slew of gaming laptops that Acer has planned to launch.

Which is the right Acer gaming laptop for you?

Acer has a vast portfolio of gaming laptops for you to choose from, depending on your budget and hardware requirements. The Aspire Gaming, Nitro and Predator series from Acer each target a different audience.

As Sooraj explains, “Aspire series is the entry-point for gamers, Aspire 7 series specifically. That’s an audience where the use of the laptop is multipurpose. So about 60 to 65 percent of the users’ time will be spent on doing college work, other productivity work and probably 30-35 percent on gaming. It’d be similar to getting an SUV, but don’t really do off-roading all the time. So it’s an entry-level gaming use.

Then you come to Nitro, which is for the enthusiastic gamer. This person games probably two to three hours a day after school or college, and also uses that laptop for studies. The Nitro series is capable of playing more powerful games and offers better sustained performance for say four to five hours of gaming.

And then you have the Predator laptop which is targeted at the hardcore gamer who is passionate about gaming. He loves gaming. Gaming is his first love probably. So he needs a device which will actually complement his interest and passion. And he wants to associate himself with a brand like Predator where, when he carries it around, he feels really proud to carry the brand. He might be a budding eSports gamer, who probably will be competing in some e-sports games. The Predator series is capable of sustaining performance for a longer duration because of its cooling and thermal capabilities. The predator series is decked out with configurable keys,  faster refresh rate displays, etc.“

In the last few years we have seen thin and light laptops become thinner and lighter (duh). We have also seen these laptops pack an OLED display, like the Acer Swift 3 OLED, for an immersive content consumption experience and are more powerful letting you run heavy productivity apps without compromising on the form factor. When I asked Sooraj about the next innovation in thin and light laptops he highlighted security as a feature people will start looking for.

He says, “Security is something that will have a lot more focus. We find people being more aware of security even in the consumer laptop space. So that’s something which even we are focusing on in our laptops“. Acer is working at hardware level security as well as working with partners like Microsoft to ensure Acer machines are not only thinner, lighter and faster, but more secure as well.

The story is a little different when you throw a convertible form factor into the picture. Sooraj says there is less demand in the premium convertible laptop space as people looking at a premium laptop probably already have a dedicated tablet.

However, the story changes when you come down the price ladder. Sooraj says, “At a 40-50k price point the added advantage of a convertible really is an attractive proposition. And for students, while they commute, they can read the text very easily, then, they can watch a movie in tent mode, etc. Many of these students might be staying in shared accommodation. So space is also premium. So when they consume content, they consume content on a laptop than a TV. So the convertible form factor really helps them to consume content. That’s what the demand will be“.

Acer is more than just laptops…. It’s about cutting-edge technology at affordable prices

All in all, while the laptop market is in a correctional phase, the future of personal computing is brighter than ever. Moving away from laptops, Acer has a large portfolio of devices catering to specific needs. From gaming monitors used by e-Sports professionals to Acer Pure, an air purifier that helps you breathe easy and even projectors that promise to give you a cinematic experience at home, Acer’s portfolio of devices is quite diverse. Acer also has some of the fastest supercomputers crunching numbers in IITs across the country and even offers ​​interactive flat panels powering education in smart classrooms. 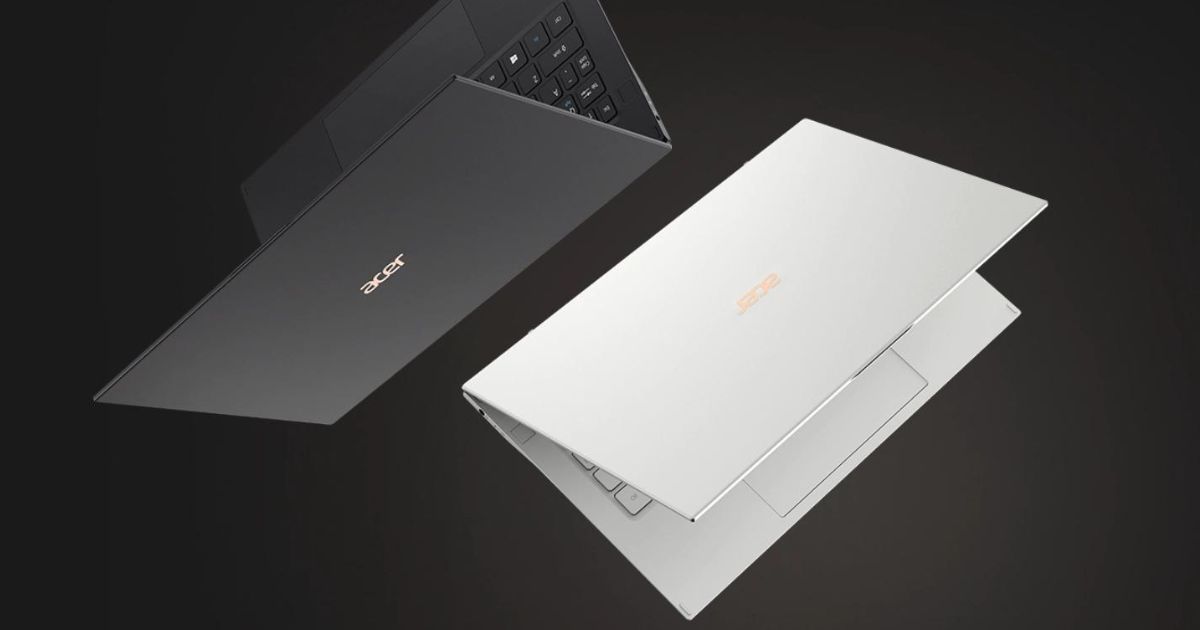 Before my day at the Acer India office in Bangalore ended, I asked Sooraj if the grapevines were true and that he had a Predator Thronos as his everyday work machine.

He chuckles and says, “Yeah, I mean, if that’s my workstation, I don’t think any work will happen. I’d probably end up only playing games. But I think that’s a really, really cool device. It is a culmination of all your gaming experience, gaming technology coming into one device. You have top-of-the-line monitors, the best gaming hardware, and sound systems; it’s an all-in-one package“.

While Sooraj may have a secret room in his office where the Thronos rests, as a consumer you should definitely keep an eye out for Acer’s 2023 portfolio of computing devices.

Acer to launch TVs with 120Hz display in India by end of this year, company confirms