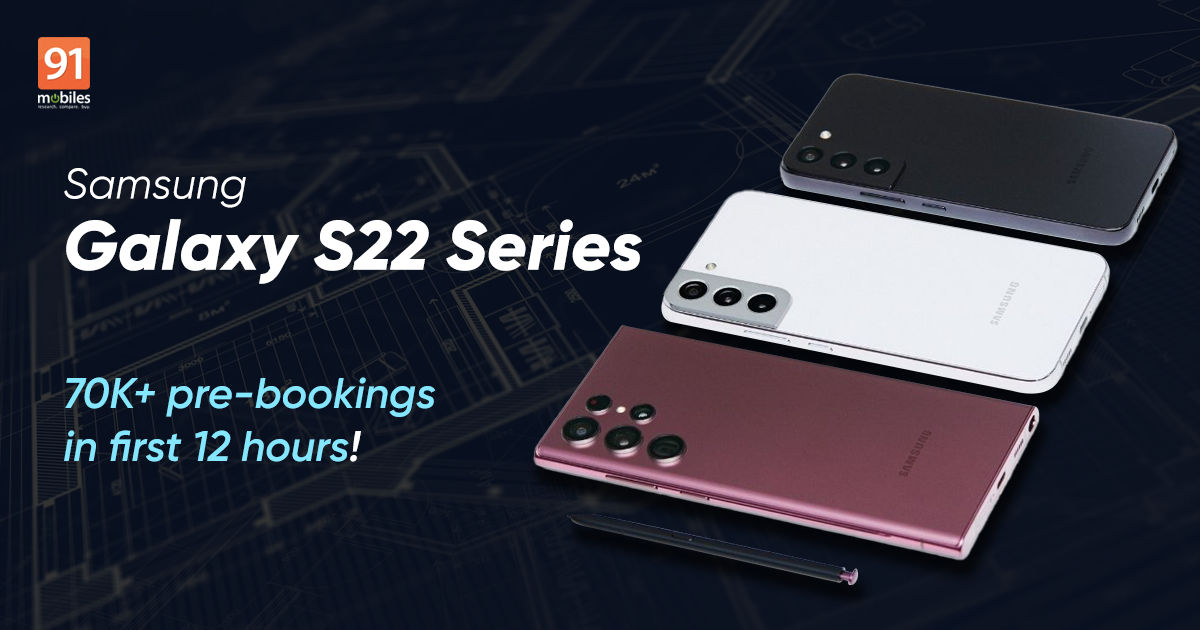 Samsung Galaxy S22 Series pre-booking went live on February 23rd, and it has already shattered all the records. In the first 12 hours, the Galaxy S22 Series has registered more than 70,000 pre-bookings, which seems like the most epic response to a flagship launch that anyone could have hoped for. It seems that people are taking full advantage of these pre-booking offers from Samsung.

Customers pre-booking Galaxy S22 Ultra will get Galaxy Watch4 worth INR 26999 at just INR 2999. Customers pre-booking Galaxy S22+ and Galaxy S22 will get Galaxy Buds2 worth INR 11999 at INR 999. Additionally, Galaxy S and Galaxy Note series customers will get an upgrade bonus of INR 8000 while other device holders will get an upgrade bonus of INR 5000. Alternatively, customers who opt to purchase these devices via Samsung Finance+, can avail a cashback of INR 5000.

As you can see, you can get benefits up to Rs 32,000 if you pre-book the Samsung Galaxy S22 Series right now. If you want to avail of these benefits, you can place your pre-bookings now. Remember, pre-bookings will only be live till March 10th, so make sure to get your device before the deal is over.

Samsung Galaxy S22 lineup features three models: the Galaxy S22, Galaxy S22+, and Galaxy S22 Ultra. While some of the core specifications on the phones remain the same, all three models are targeting different consumers. Starting with the specifications shared by all three phones, Snapdragon 8 Gen 1 is present at the core of this lineup. As everyone needs top-of-the-line power and efficiency, this 4nm chipset from Qualcomm is one of the most defining elements of the Galaxy S Series this year. With the 7th Gen Qualcomm AI Engine, Snapdragon 8 Gen 1 chipset enables intelligent use cases in different scenarios such as gaming, photography, productivity, and more. Notably, the latest platform from Qualcomm also comes with an all-new modem that offers major advancements in 5G connectivity, which help it deliver impressive speeds up to 10Gbps.

Moving on to optics, the Galaxy S22 and Galaxy S22+ feature a rear-facing triple camera setup with a 50MP wide-angle sensor, a 10MP telephoto camera, and a 12MP ultrawide unit. These phones offer up to 30x Space Zoom functionality. The Galaxy S22 Ultra, on the other hand, comes with a 108MP primary camera, two 10MP telephoto sensors, and a 12MP ultrawide unit. The phone offers a 100X zooming capability with its Space Zoom feature, which is an incredible feat indeed. All the phones come with Pro-grade camera setups and are perfect for any budding photographer. 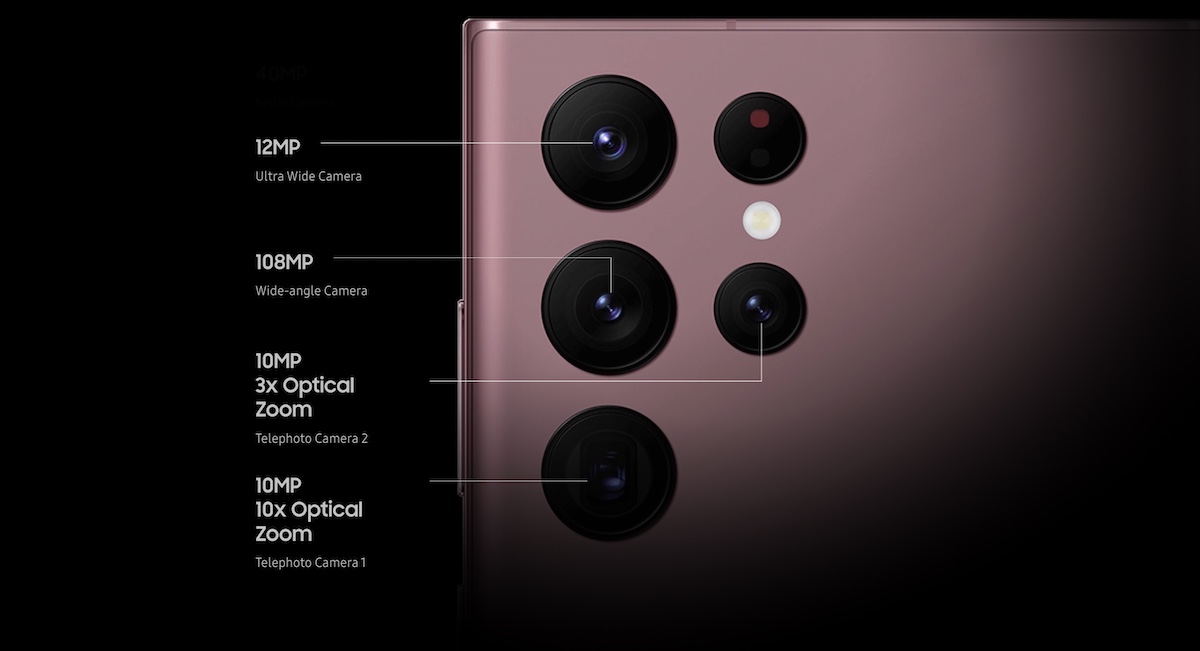 One unique thing that separates Galaxy S22 Ultra from its siblings is the built-in S Pen on the phone. With the inclusion of the S Pen, Samsung has melded the power and productivity of Note with the incredible cameras of the S Series, thus creating a phone that breaks the rules of smartphone innovation. The new and improved S Pen comes with reduced latency at just 2.8ms and offers a level of precision that will make your life much easier, irrespective of your use case. The inclusion of this incredible productivity tool on this Galaxy S Series phone is a testament to how far the Series has come and how it is ready to raise the bar for everyone else.

With over 70,000 pre-bookings, Samsung Galaxy S22 Series is already a big success. If you also want to be a part of this story and enjoy incredible benefits, don’t forget to pre-order your favorite Galaxy S22 Series phone right now!