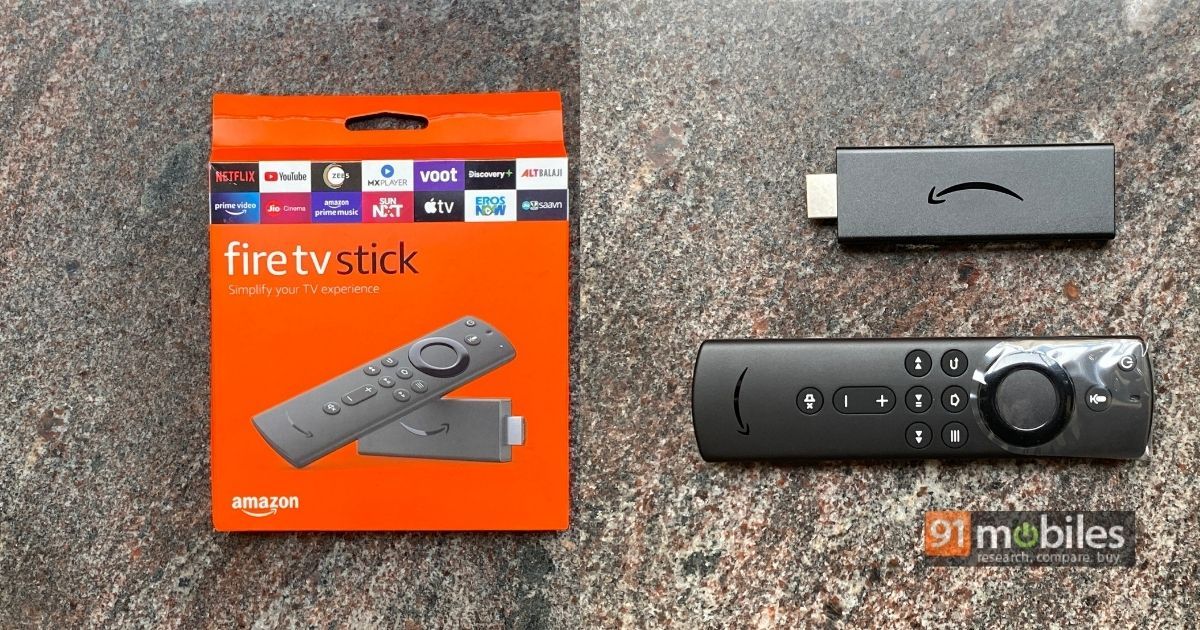 A lot of water has flowed under the bridge since the time the original Fire TV Stick (review) landed in India, over three years ago. Smart TVs have gone mainstream, more folks have access to high-speed broadband and quite a few have cut the cords, switching to streaming services for home entertainment. Home entertainment itself has assumed greater importance, especially in the past few months. Amazon launching a new, updated version of the Fire TV stick in such a scenario seems like an opportune move then. However, there’s a lot more competition as far as streaming devices are concerned too, so does the new Fire TV Stick deserve your moolah? Worth mentioning that this is still a 1080p device, and not to be confused with the Fire TV Stick 4K (review). 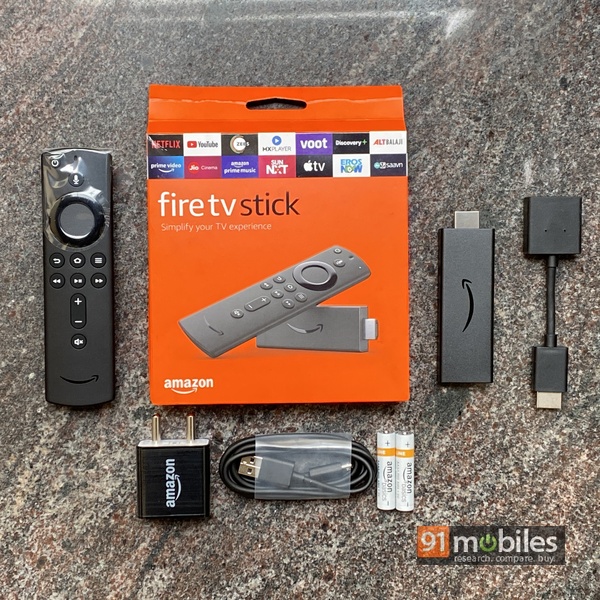 First things first. Nothing has changed in terms of design. The device itself looks pretty much the same, with an HDMi connector at one end and a micro-USB port on the side. The package includes the micro-USB cable, an HDMi extender. power adapter, and Alexa Voice Remote. Amazon generously throws in a pair of AAA batteries for the remote as well. The remote is the updated version of the one that was included with the older Fire TV Stick, and includes a power button on top, a volume control key and a mute button as well. This is apart from the usual voice key, 5-way navigation button and other keys for back, home, menu, forward, rewind, and play/pause. Setup is a breeze as well. Just plug the stick in into an HDMi port, power it up and the device will guide you through the process… letting you connect it to your home Wi-Fi and prompting you to sign in into your Amazon account. 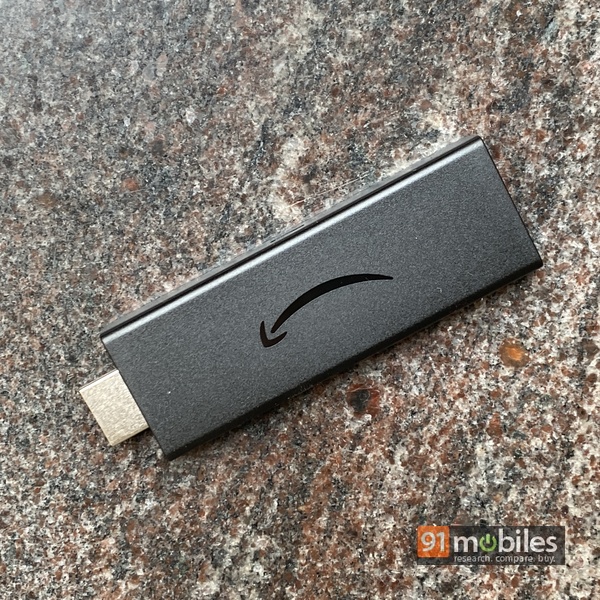 While it might look the same visually, a lot has changed under the hood. For one, the Fire TV Stick 2020 is now powered by a faster MediaTek quad-core processor which is clocked at 1.7GHz, compared to the older one which utilised a 1.3GHz processor. While the RAM is the same at 1GHz and native storage is still 8GB, graphics are now handled by the PowerVR GE8300 GPU. The result is a more fluid experience while navigating the interface and faster app launch times. I was using the 2017 Fire TV Stick model before this, and I’m pleasantly surprised at the smoothness and fluidity the new model offers. In addition, support has been added for HDR and Dolby Atmos audio, which means the overall experience can get more immersive, provided you have a compatible TV and audio system. The dual-band, dual-antenna Wi-Fi support should enable faster, more stable connection too. 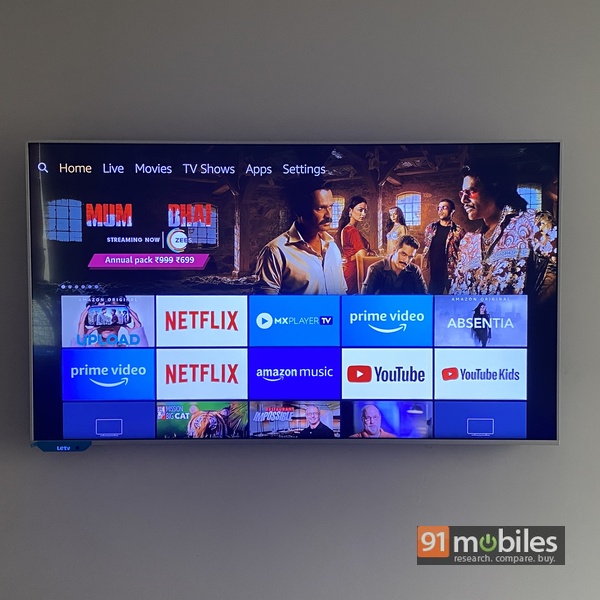 The interface itself is largely the same. I can probably get a tad overwhelming for first-time users, but speaking from experience, one gets used to it… to the point where it all starts making sense. The new addition now is the new Live tab, which lists pieces of content from apps that have live functionality, which includes the likes of Voot, Sony Liv, Discovery+ etc. There’s a separate row for the same on the home screen as well. Speaking of apps, you get the full gamut. You might be surprised, but the Fire TV platform actually offers pretty much the entire bouquet of popular streaming apps, games and more. This includes Netflix, Distney+ Hotstar, Sony Liv, Voot, Discovery+, ZEE5, Hungama, Jio Cinema, YouTube, YouTube Kids, Eros now, and others. In fact, if you have access to an Apple TV+ subscription, the Fire TV Stick is the most affordable and easiest way for watching it on the large screen. This is because while the Apple TV+ app is available for download on the Fire TV Stick, it’s not available on Android TV. You also have an option to mirror your Android smartphone’s screen with the device. 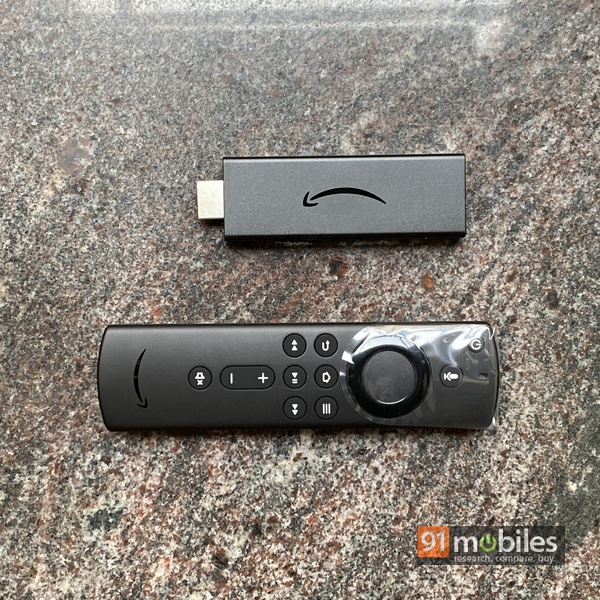 Coming to the remote, I love the fact that it can now control my TV as well. You’ll get the option of configuring this functionality during the setup process, where you’ll be prompted to choose your TV brand. One set up, this lets you control basic TV functions like power on/off and volume control using the Fire TV Stick remote. This can make things quite convenient, and in my case, it came as a life saver since my TV remote had stopped working a while ago. Apart from this, you can use to the remote to talk to Alexa, search for content, control home appliances and more… with the whole experience being quite fast and responsive. 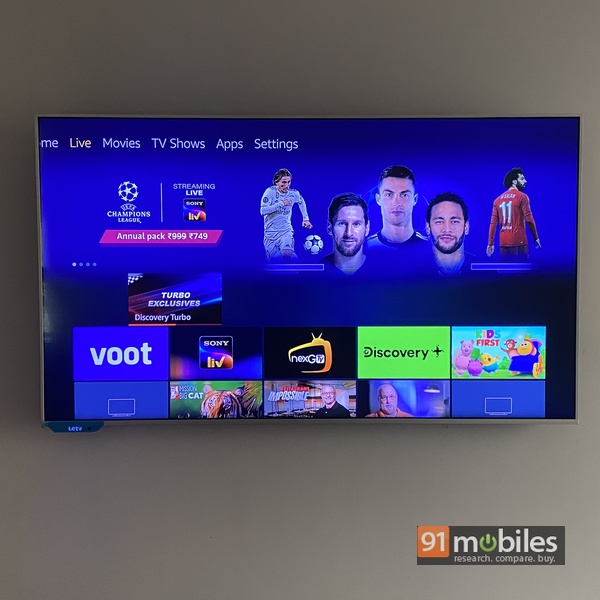 The Fire TV Stick 2020 is priced at Rs 3,999, and goes up against Android TV-powered options like the Mi TV Stick (Rs 2,799) and the Nokia Streamer (Rs 3,199 on Flipkart). The raison d’etre of these devices is to convert a dumb TV to a smart one, and it isn’t easy to decide which one to buy. The Fire TV Stick seems the priciest of the lot, but the recent festive sales had it listed for much lower. Budget apart, the main thing is to decide the platform you want to go with, and the ecosystem you’ve invested in. For example, if you are an Amazon Prime member or an Apple TV+ subscription, going with the new Fire TV Stick makes a lot of sense. Even otherwise, I think the smooth usage, rich interface, Alexa’s capabilities and the usefulness of the remote makes the Fire TV Stick 2020 a good buy.