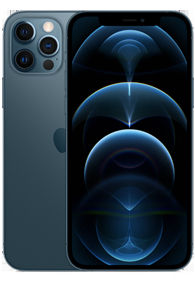 2020 saw Apple doubling down on its efforts in India, and our research shows how the brand’s iconic iPhones are now finding more takers in the country. The fact is, the Cupertino giant’s product strategy seems on point, and its smartphones seem to be moving from aspiration to reality. Take its latest iPhone 12 lineup for instance. For the first time ever, Apple launched not just one or two, but four different models at one go, with each coming across as a compelling option with what it brings to the table. We’ve already adjudged the iPhone 12 (review) as the model that should suffice for most, while the 12 mini (review) entices as a super-compact, yet powerful contender. The 12 Pro Max is clearly for those who want the biggest screen size. But where does that leave the iPhone 12 Pro? 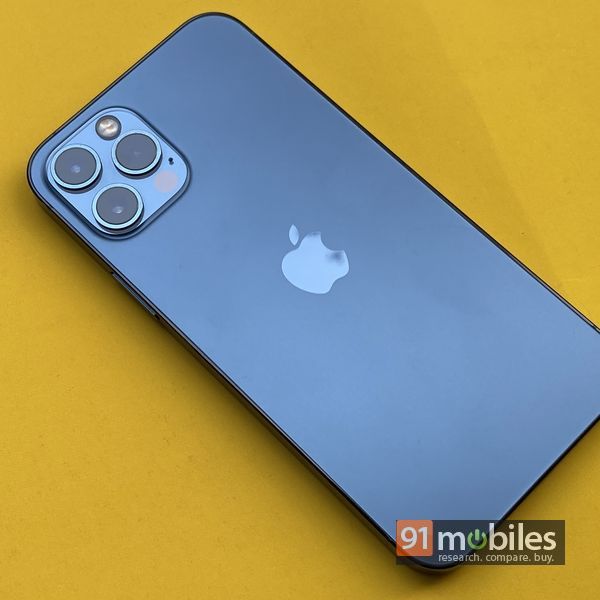 Let’s face it. Apple hasn’t changed things drastically this time when it comes to the design, but the iPhone 12 Pro does bring in a new processor and improved cameras. If you’re an iPhone 11 / 11 Pro user, the 12 Pro isn’t really a worthy upgrade. It also faces rivalry from its own siblings, the 12 and the 12 Pro Max, and sort of gets squished in the middle. That said, it’s still the best option if you want a new iPhone with all the Pro features that isn’t too large. 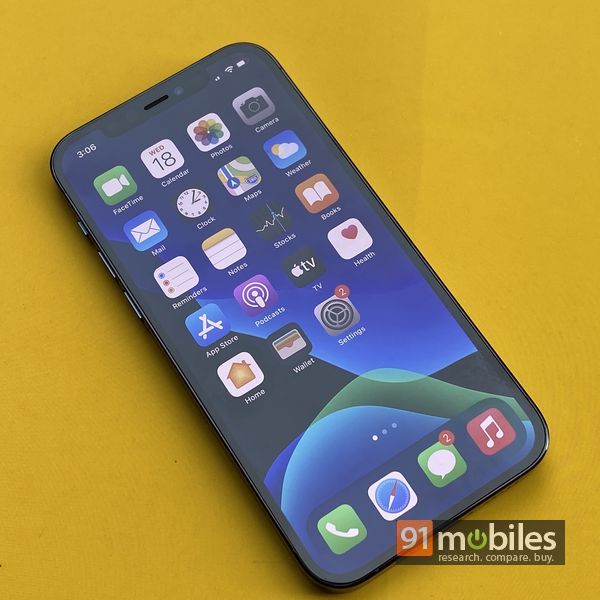 Okay. So coming from the iPhone 11 Pro, the new model has a marginally bigger screen (6.1-inches vs 5.8 on the older sibling), and a flatter design on the edges. The latter does help with the grip, though somehow, I still prefer the rounded edges of the preview mode. Barring that, the iPhone 12 Pro isn’t too different from the previous gen model in terms of design and screen capabilities. This means the screen uses a Super Retina XDR OLED panel and supports HDR10 and Dolby Vision. 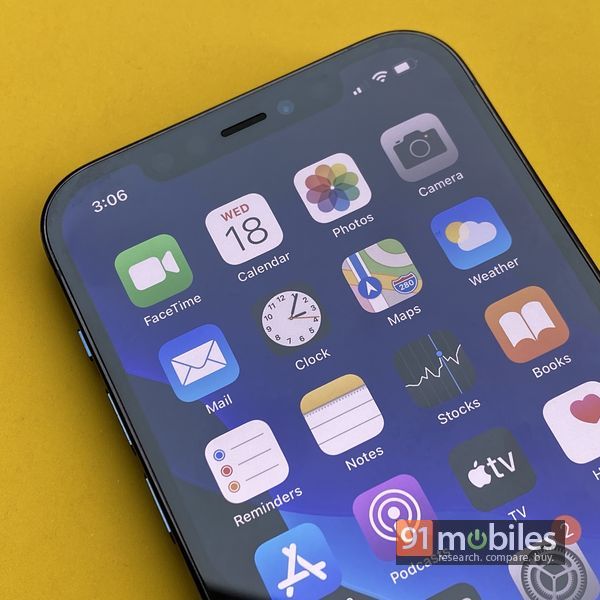 And unfortunately, you still get the same wide notch up top. Sure, I’ve gotten quite used to it over time, but one glance over to the Android side of the fence and the pastures do appear greener, what with tiny punch holes being the order of the day. And alas, the screen refresh rate on the iPhone is still 60Hz. Sure, the usage is pretty smooth and there’s no jitter at all, and as far as the screen capabilities are concerned, it’s gorgeous. In a nutshell, expect superb colours, wide viewing angles and no issues with sunlight legibility.

As far as the placement of ports and controls is concerned, it’s largely unchanged from before too. All except the SIM slot, which has now moved to the left side of the device. Speaking of, you also get an eSIM inside, just like before. However, the 5G support is new. More on that later though. 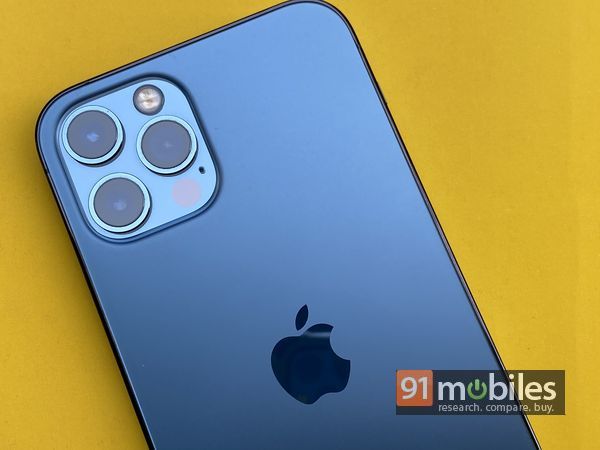 Let’s delve into the cameras now. While it might seem that Apple hasn’t played around with the camera setup, the fact is, the shooters on the iPhone 12 Pro can offer, especially to those who’re serious about their photography. A trio of 12MP sensors are placed at the rear, with another one on the front handling selfie duties… a setup which is largely unchanged as compared to its predecessor. However, the main sensor on the iPhone 12 Pro has a wider aperture, translating into better low-light shots. In addition, you also get a LiDAR scanner, that not only helps AR apps and games (like Apple’s own Measure app for instance), but also helps with focussing. Further, all the cameras on the device (including ultra-wide and front sensors) now support features like Deep Fusion and Night Mode, which means not only can you capture portraits better in low light, but selfies are improved too. Overall, the iPhone 12 Pro captures superb shots in daylight, with plenty of detail and great colours. You probably won’t be able to notice big differences in daylight shots, but the iPhone 12 Pro shoots brighter images in low light as compared to the previous-gen model. As usual, Night Mode on the iPhone 12 Pro kicks in automatically when lighting is low, and helps capture decent shots. The 12 Pro excels in almost all conditions as far as shooting stills is concerned, but videography is where it really takes the cake. iPhones have always excelled in video shooting, but the iPhone 12 Pro (along with its other 12 series siblings) takes things up a notch. One of the biggest new features that have been added this time is support for shooting videos in Dolby Vision, going up to 4K 60 fps in resolution. And videos shot using this look great. However, one downside is that not many social platforms support this format as yet. Not just that, with the latest refresh of iOS, the iPhone 12 Pro also gets support for ProRAW, which is Apple’s take on RAW images so loved by serious photographers. These images capture lots of extra info and allow you greater flexibility while editing later. It’s features like this that help this device earn the ‘Pro’ suffix in its moniker. All said and done, the iPhone 12 Pro is an excellent shooter for both still and videos.

Speaking of iOS, we’re currently on v14, which comes with tons of new features. One of the most interesting ones is support for widgets, which allows for greater customisation of your iPhone home screen, and something called App Library, which is akin to the app drawer on Android phones. I won’t get into too many details here, but suffice it to say that some of these new features do take iOS a couple of steps closer to Android, but Apple’s mobile OS still retains most of its original favour. 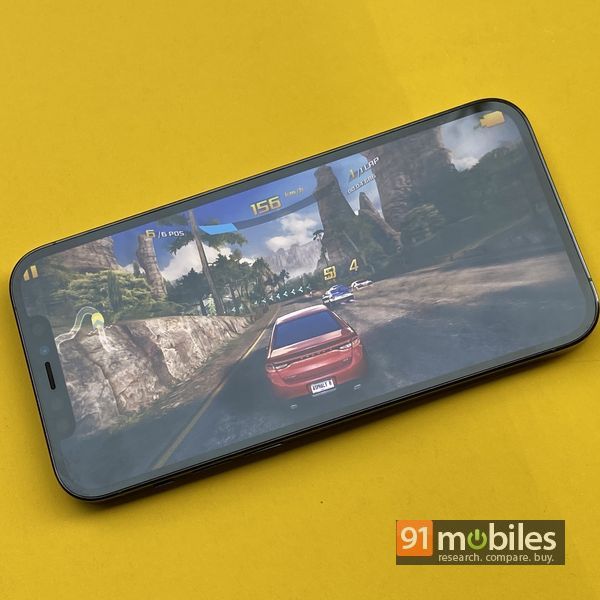 For number crunching, the Apple iPhone 12 Pro comes equipped with the latest silicone from Apple, the A14 Bionic. The first 5nm chip for smartphones, this chipset is a beast in terms of pure performance, and translates into super-smooth usage on the smartphone, regardless of the task at hand. Needless to say, everything from typical production and special apps to intensive games fly on the iPhone 12 Pro. You might not be able to make out a significant improvement in day-to-day usage as compared to the 11 Pro, but anyone coming from an older iPhone will notice the difference. Apple doesn’t really divulge details on RAM as usual, but going by teardowns, the 12 Pro packs 6 gigs, 2GB more than the previous-gen model. 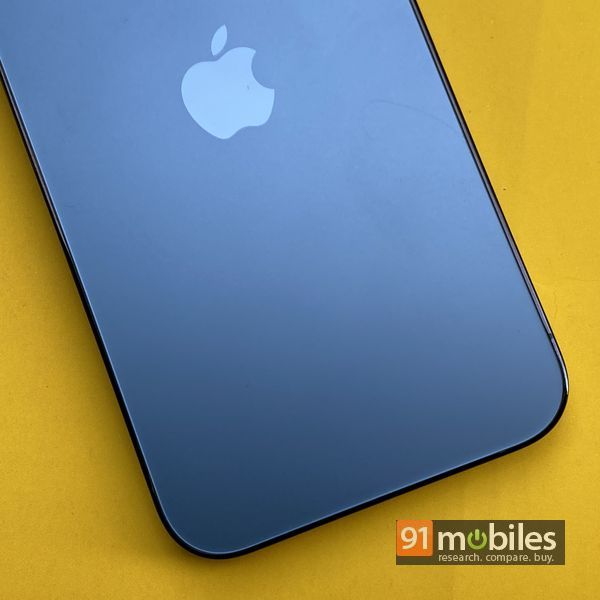 For connectivity, you get the latest Wi-Fi 6, and thanks to Qualcomm’s X55 modem, 5G support too. That might not mean much to you right now, but given that many folks end up using their iPhones for 2-3 years, an iPhone 12 Pro (just like its other 12 series siblings) would be a future proof purchase. Face ID works beautifully, and the stereo speakers not only get quite loud, they offer rich sound too. Call quality, as tested on an Airtel 4G network in South Delhi, is fine as well, though personally speaking, I’ll admit I find the Wi-Fi calling feature a lifesaver. 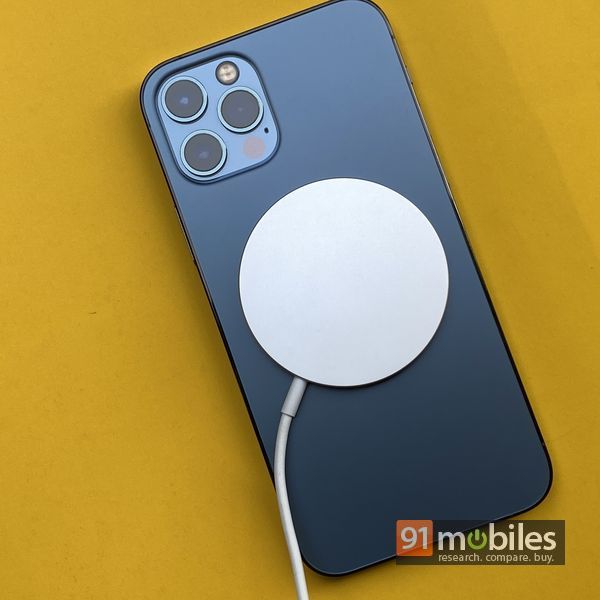 Before I get to the battery life, let’s figure out the mystery of the missing charger. Unless you’ve been living under a rock, you’d know that starting with the iPhone 12 range, Apple has stopped bundling wall chargers in the retail boxes of its smartphones. Barring the fact that this has made the iPhone 12 Pro retail box much slimmer, this one step by Apple has completely killed the unboxing experience. The box has the phone and the Type-C to Lightning cable, and little else. More importantly, those who buy the phone would have to purchase a charger alongside, since most of them aren’t likely to have a Type-C charger (or a Qi wireless charger) from before. And if you do buy one, Apple’s own 20W charger that costs Rs 1,900 is your best bet for fast charging your new iPhone. Worth mentioning that the iPhone 12 Pro also supports the new MagSafe charger, which is a puck-shaped wireless charger that attaches magnetically to the back of the handset. It’s quite cool, but costs Rs 4,500 and you’d still need a Type-C charger along with it. Using it with Apple’s 20W charger would charge the iPhone 12 Pro at 15W speeds. 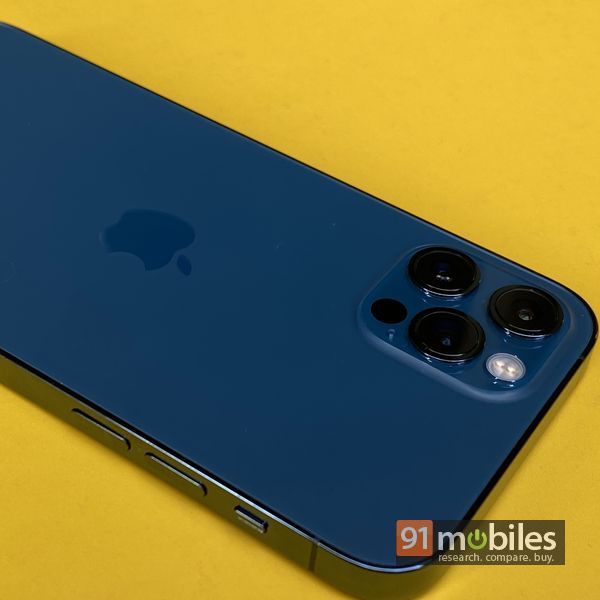 Want a new iPhone? The iPhone 11 at Rs 52,000 could be best value-for-money option right now

Foldable iPhone with stylus support to launch in 2023: report