“With its camera-focussed hardware, the ZenFone 2 Laser comes across as a bit of a mixed bag”

LG unveiled its flagship G3 a couple of years ago and among the many innovations the handset boasted, what caught the camera enthusiasts’ attention was its laser-aided focus mechanism. Laser autofocus is available in dedicated cameras since almost a decade, but the Korean manufacturer introduced it in a compact smartphone. The module helped the phone’s shooter to focus on the subject quickly and accurately, even without ample light. Since then, other brands have launched smartphone with laser autofocus, but mostly, this feature has been out of reach for the masses since such offerings are priced in the premium segment. However, the Taiwanese company ASUS is changing that with its latest phone, the ZenFone 2 Laser (unboxing and first impressions). 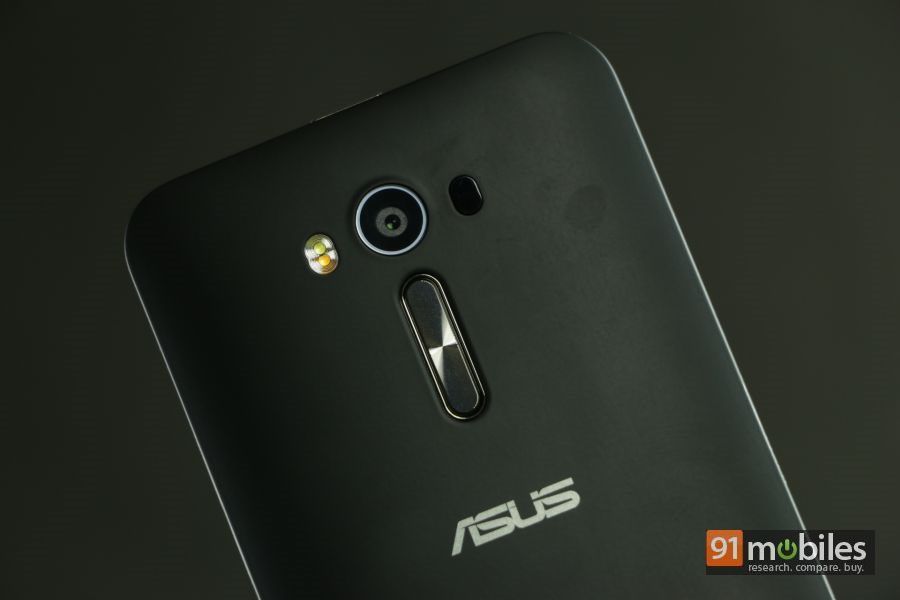 The laser-guided mechanism complements the 13-megapixel sensor and for providing illumination in low-light conditions, it comes with a dual-tone LED flash. We’ve already detailed ASUS’ custom camera app during the review of the ASUS ZenFone 2 and the same interface can be found on this smartphone as well. We appreciate that the app understands the ambient conditions and suggests the suitable mode accordingly. 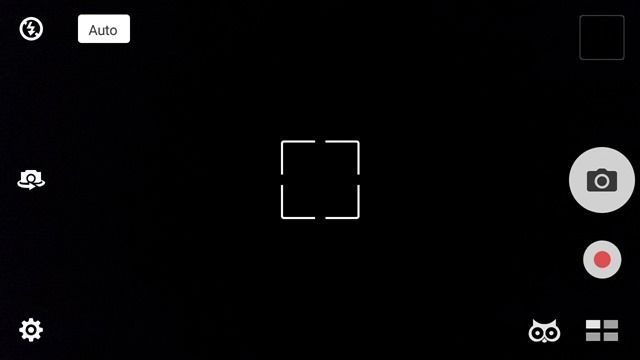 Without further ado, let’s see what the ASUS ZenFone 2 Laser shooters are capable of. All these images have been captured in auto mode unless specified otherwise, with the aspect ratio set at 4:3. 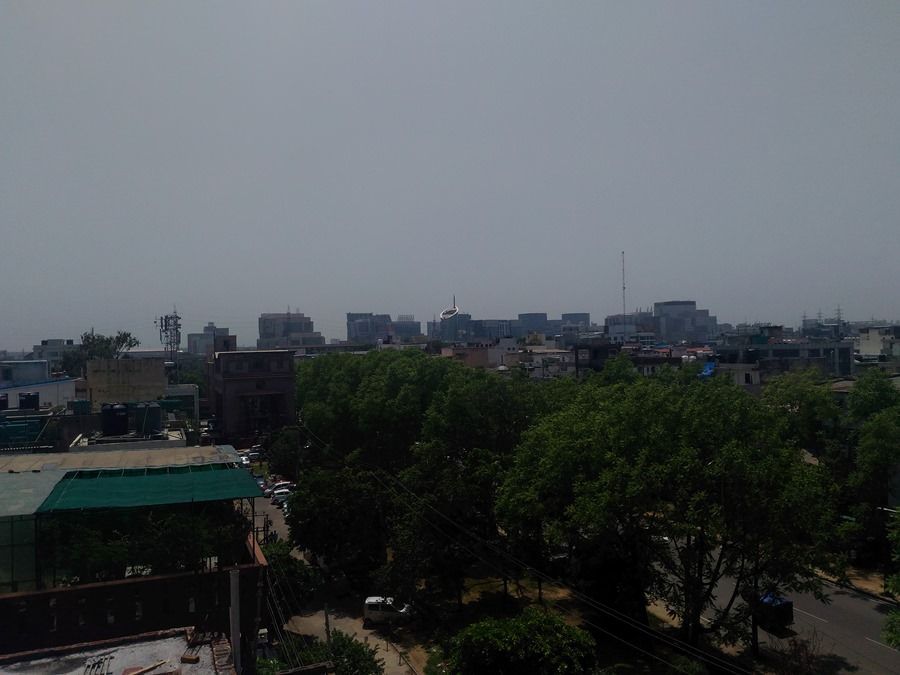 With its 13-meg snapper, the ASUS ZenFone 2 Laser seems to do quite well in terms of capturing details in a landscape shot. But as soon as you see the image in its original resolution, the image shows some grain. 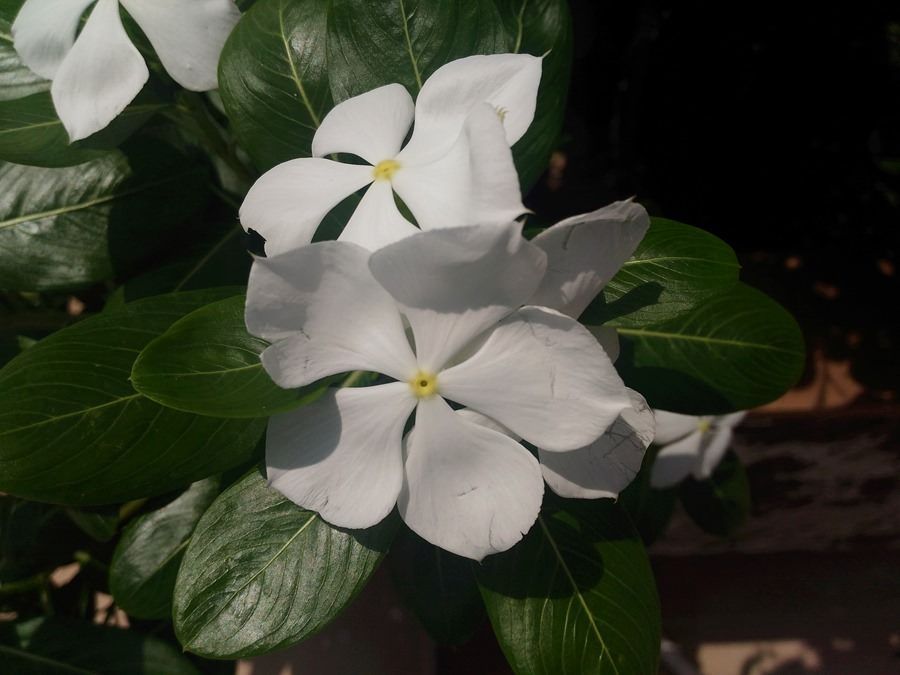 The image taken at close quarters looks much better than the previous instance. The camera reproduces rich colours and the details are also impressive, though let’s see whether our opinion remains the same when it’s magnified. 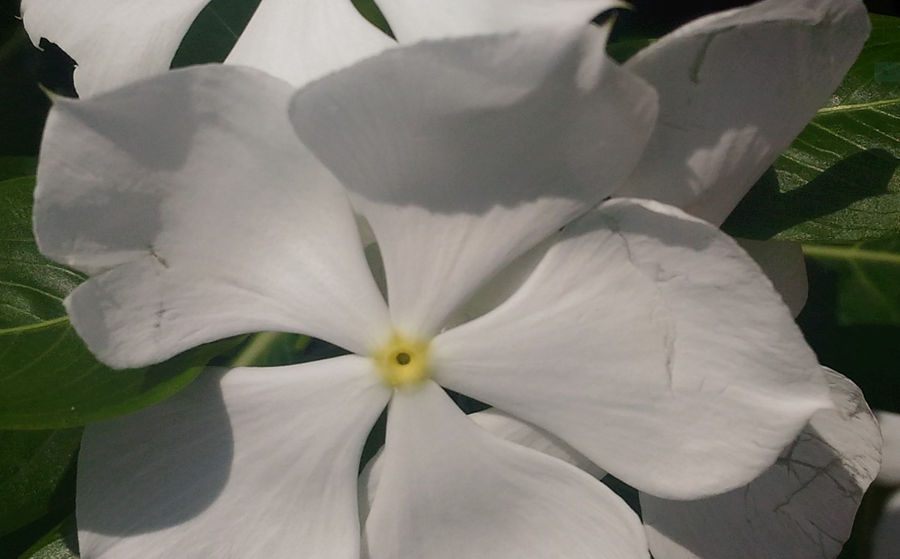 The whites of the flower are beautifully captured and look good even when the image is zoomed in. The details also seem to be fine, both for the petals as well as leaves, although the edges slightly blurry. 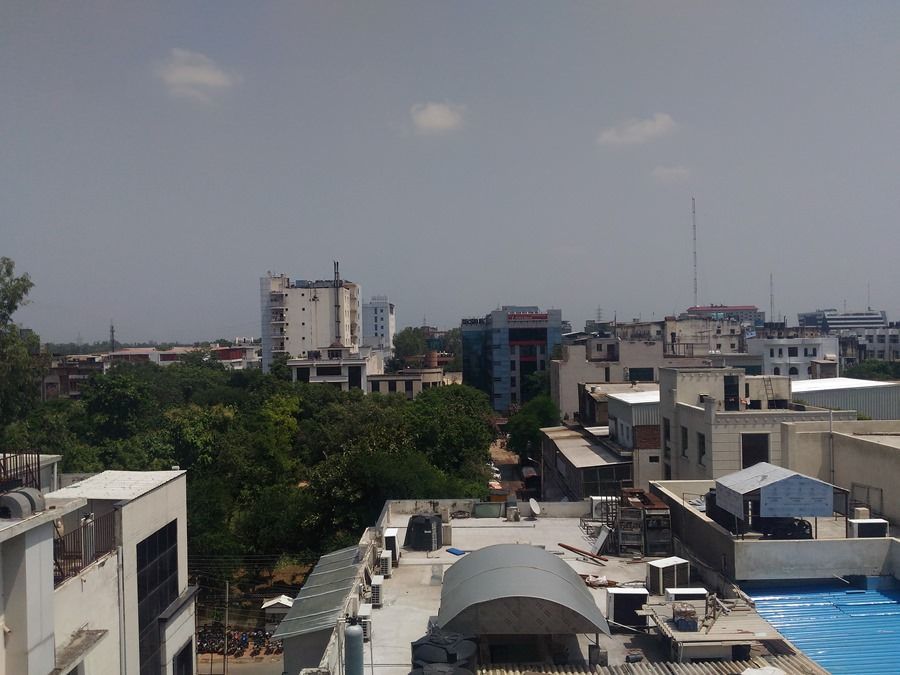 This image is taken for the purpose of testing the HDR capabilities of the ZenFone 2 Laser. Shot normally, the scene looks good with an interesting mix of different objects and colours in view. 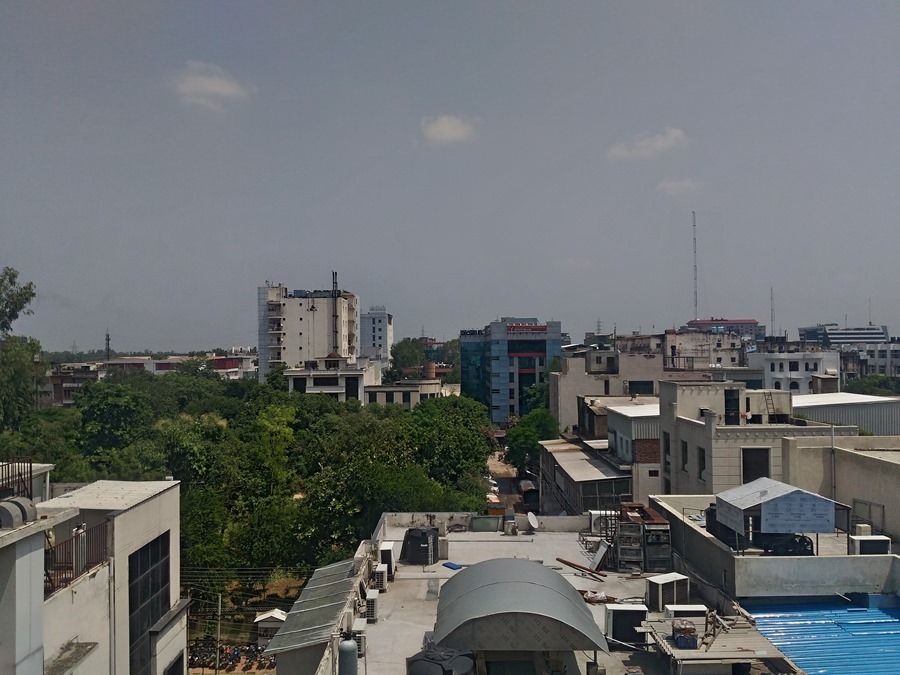 Just one glance at these two images, and you know that phablet’s shooter does a good job with its dynamic range. The same scene looks more livelier along with offering better colours with HDR mode turned on. 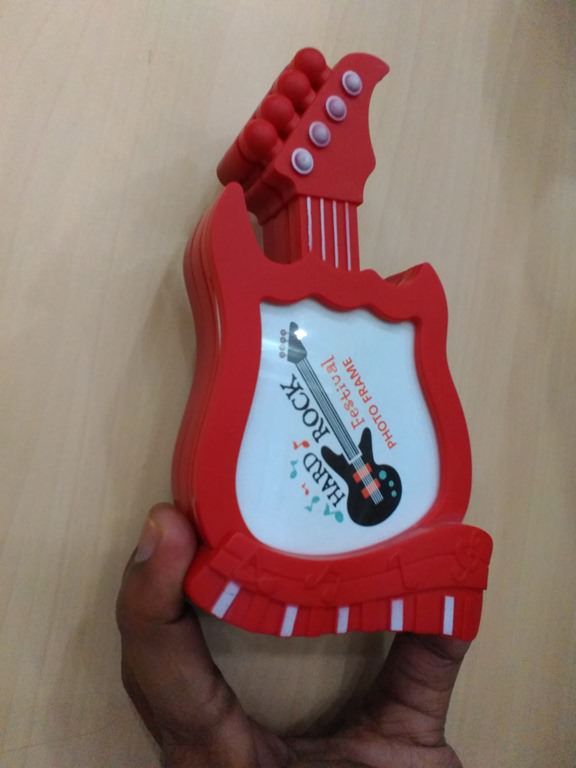 Just like its progenitor, the ZenFone 2 Laser boasts a 5MP camera at the front. The image reproduces good colours and decent details. 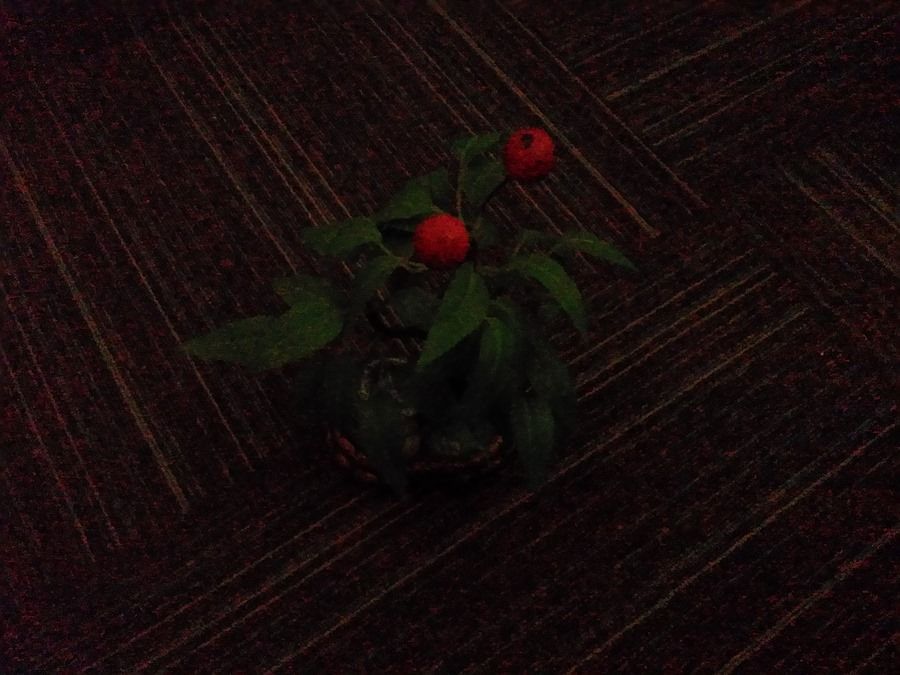 Any shooter can do a decent job with enough lighting, but shooting in low light is the true test of its potential. In case of the ASUS ZenFone 2 Laser, the image (embedded above) comes out to be noisy, but the object and its various attributes can be seen clearly. 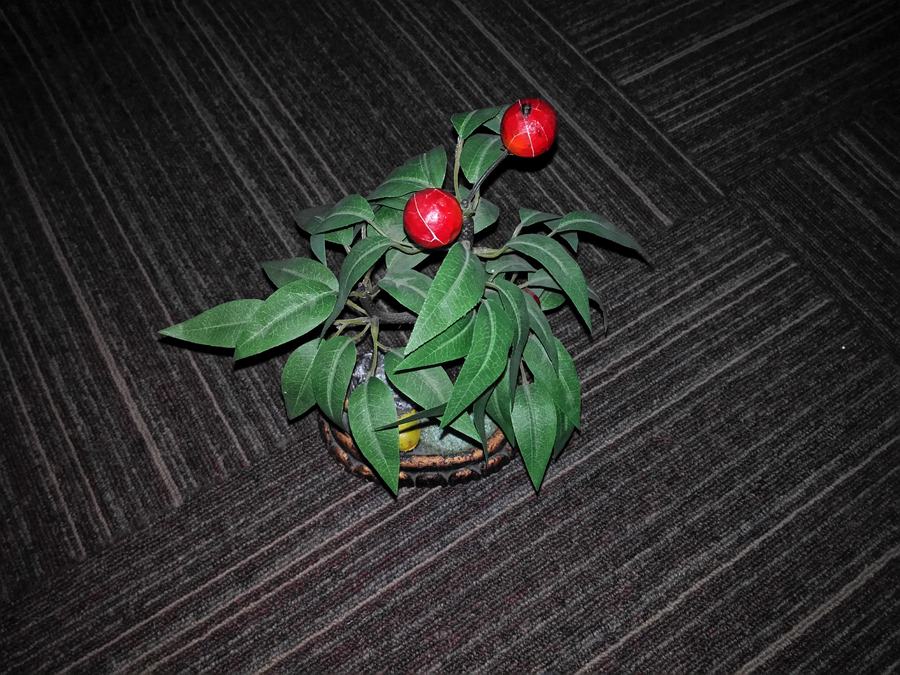 With its dual-colour LED flash, the ZenFone 2 Laser can easily provide illumination in dimly-lit environments, as can be judged from the stark differences in the image. Not only the flash is uniform, it’s quite strong as the artificial plant along with its leaves and fruits is visible. The colours have also been captured well. 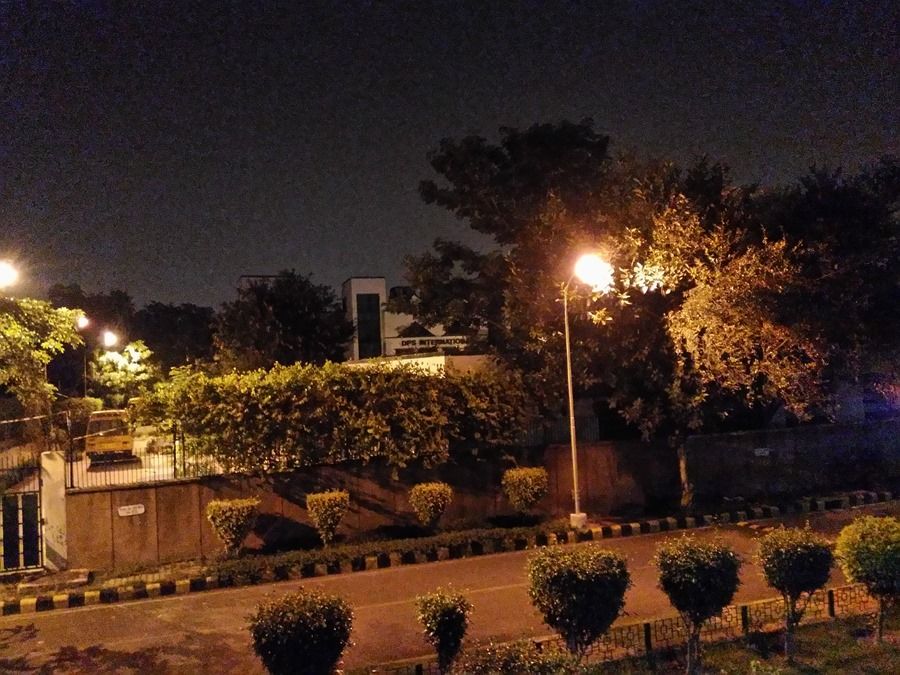 Similar to the image taken in poor lighting, the image taken with only street lights as the light source shows noise and has a painting-like feel. ASUS does provide a special mode for such cases though. Called Low-light mode, it stitches multiple pixels together to offer better images, however the resolution of the image comes down to 3MP.

The imaging combination offered by the ASUS ZenFone 2 Laser seems to be powerful, at least on paper. However, the real-life experience seems to be a mixed bag. The laser module, which is also the USP of the smartphone, does what it’s intended to do really well – you can focus on the subject quickly, and click the image almost instantly too. However, the images lack the sharpness we hoped to get from a 13MP sensor. While close-up images and HDR mode are good, other images aren’t as impressive in comparison.

The camera is only one aspect of the ZenFone 2 Laser, and to know about the device as a whole, you just have to wait a tad more for our review.