It’s been just two months since ASUS launched the Zenfone Max M1 (review) in India, the lite variant of the hugely popular ASUS ZenFone Max Pro M1 (review). So it came as quite a surprise when the brand launched its successor, the ZenFone Max M2 alongside the ZenFone Max Pro M2 (review) last week. The two devices have a few features in common – 6.26-inch displays, large batteries and stock Android software. There are several differentiators in design and key specs though, and that’s where the price difference comes into play. I reviewed the ZenFone Max M2 Pro earlier, and found it to be among the best smartphones in its price range. Will the Max M2 deliver the same result? Read on. 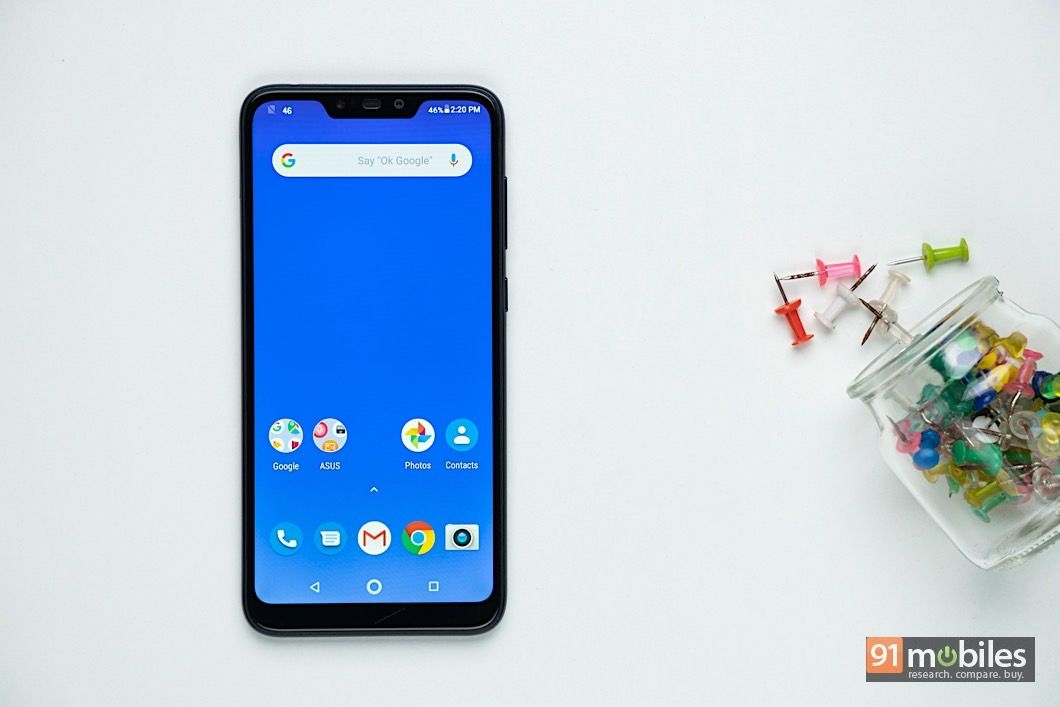 While the ZenFone Max M2 Pro was all curves and glass, the Max M2 opts for a more conventional design with a metal body and flat profile. It’s slimmer than the Pro variant at 7.7mm, but isn’t as ergonomically built. The use of metal makes it less slippery than glass, but ASUS has included a clear case in the retail box for good measure. The phone is available in Blue and Black colours, out of which I was reviewing the former. On the back panel, you’ll find vertically arranged dual cameras and an LED flash on the top left, and a fingerprint sensor in the centre. As for the ports, the SIM card tray features two nano-SIM card slots and a dedicated microSD card slot. The 3.5mm audio jack has been retained and is on the top edge, while the bottom edge houses a micro-USB port and loudspeaker.

Like the Pro M2, the front panel features a 19:9 display with a notch, only in this case, the notch is wider. ASUS hasn’t optimised the software around the notch on the Max M2, and as a result, extra icons in the status bar appear cropped. The notch houses the front camera, dedicated LED flash, sensors and notification LED. The bezels surrounding the display are relatively slim, barring a thicker one at the bottom. As I mentioned earlier, the display measures 6.26-inches like the Pro model, but the resolution has been downgraded to HD+. While there are no issues with sharpness and clarity are fine, the washed out colours were a let down. ASUS hasn’t included any protective layering on the glass either, in contrast to the Pro M2 which features Corning Gorilla Glass 6. 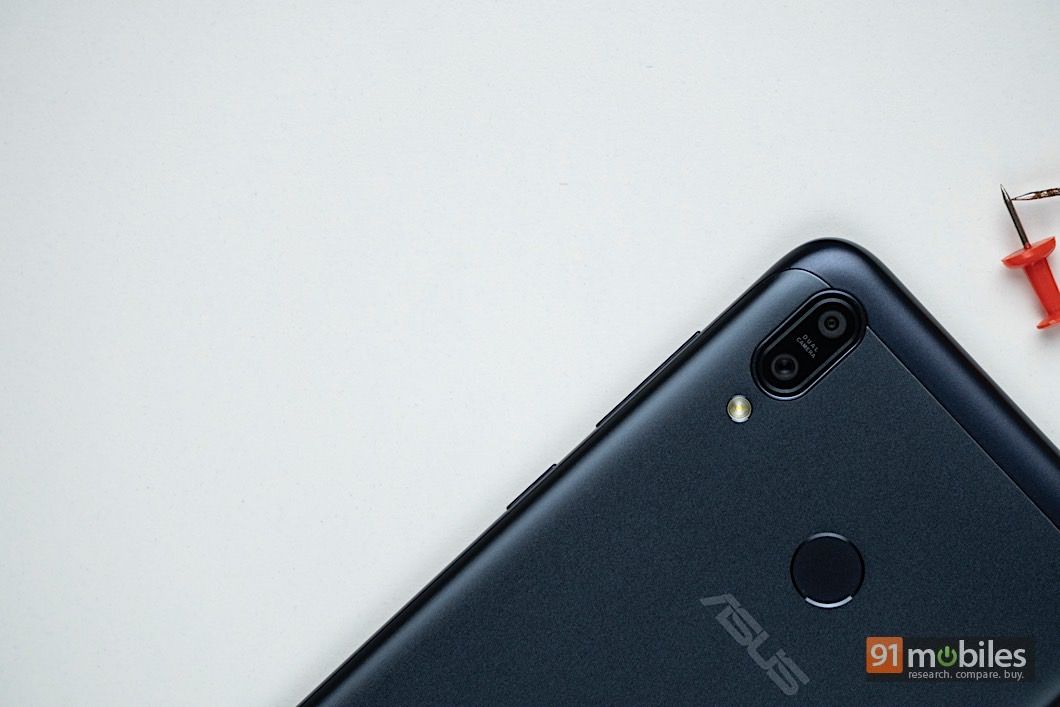 The ZenFone Max M2 features a 13MP primary camera with f/1.8 aperture accompanied by a 2MP depth sensor. The front camera is an 8MP unit with f/2.0 aperture. Both the front and rear cameras feature portrait mode, although on the former it’s software-enabled. The rear camera features EIS (to be available on the front camera shortly) as well as 4K video recording.

The Max Pro M2 delivered impressive results via its rear cameras, and the Max M2 isn’t too bad either. In daylight, images are sharp and detailed with rich colours. The camera is quick to focus and you can expect consistently good results both for macro as well as landscape shots. Low-light images weren’t too bad either – barring the inevitable noise you’d find on a camera in this price range, the overall results were very usable. The camera’s night mode is quite disappointing – it improves visibility, but in the process drains most of the colour from photos. The edge detection on the portrait mode doesn’t work as well as the Pro model, but results are otherwise acceptable. Videos I shot from the rear cameras were jumpy with visible frame drops, and seemed lacking in any stabilisation despite the EIS claims.

I mentioned in my Max M2 Pro review that the selfie camera was disappointing. Unfortunately, things take a turn for the worse on the Max M2. Not only were skin tones artificially whitened, but colours were altered too, with reds appearing pink. The portrait mode on the front camera doesn’t fare too well either, with most photos appearing out of focus. 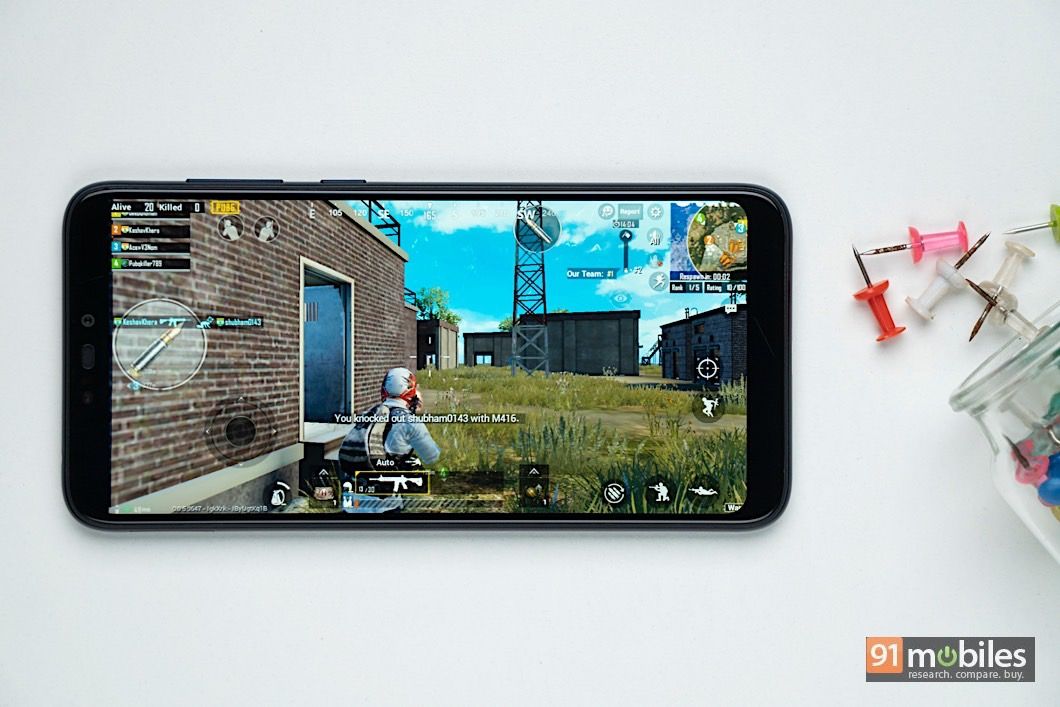 Unlike the ZenFone Max M1 which ran ZenUI, the Max M2 runs a mostly stock version of Android 8.1 Oreo. ASUS has also promised an update to Android Pie in January. There are three pre-loaded third-party apps on the phone – Facebook, Instagram and Messenger. I didn’t mind since I use them anyway, but it irks me that they can’t be uninstalled.

Under the hood, the phone is powered by the mid-range Snapdragon 632 chipset. The device comes in two variants – 3GB + 32GB and 4GB + 64GB. I had the former, out of which 22.7GB storage was available out of the box. After the smooth sailing Max M2 Pro, I was a bit disappointed with the Max M2’s performance. The experience isn’t as fluid as I would have liked – apps take a second or longer to load, and animations aren’t as fast as I would expect from a chipset of this calibre. I also had a few app crashes, although these were few and far between. The proximity sensor isn’t very accurate either, with the screen often getting activated during calls. A few issues I had with the Max M2 Pro are carried forward to the Max M2 as well – the camera’s shutter button isn’t very responsive, and the auto-brightness dims aggressively while viewing the gallery. The fingerprint sensor and face unlock both work fast enough, but again, weren’t as zippy as I would have liked.

While the Max M2 Pro features a 5,000mAh battery, the Max M2 is no slouch either with its 4,000mAh unit. I got about 1.5 days of battery life on average, translating to about 5-6 hours of screen on time depending on my usage. The phone lasted 13 hours and 26 minutes in our battery drain test, while recharging it with the bundled charger took nearly 2.5 hours due to the lack of fast charging support. 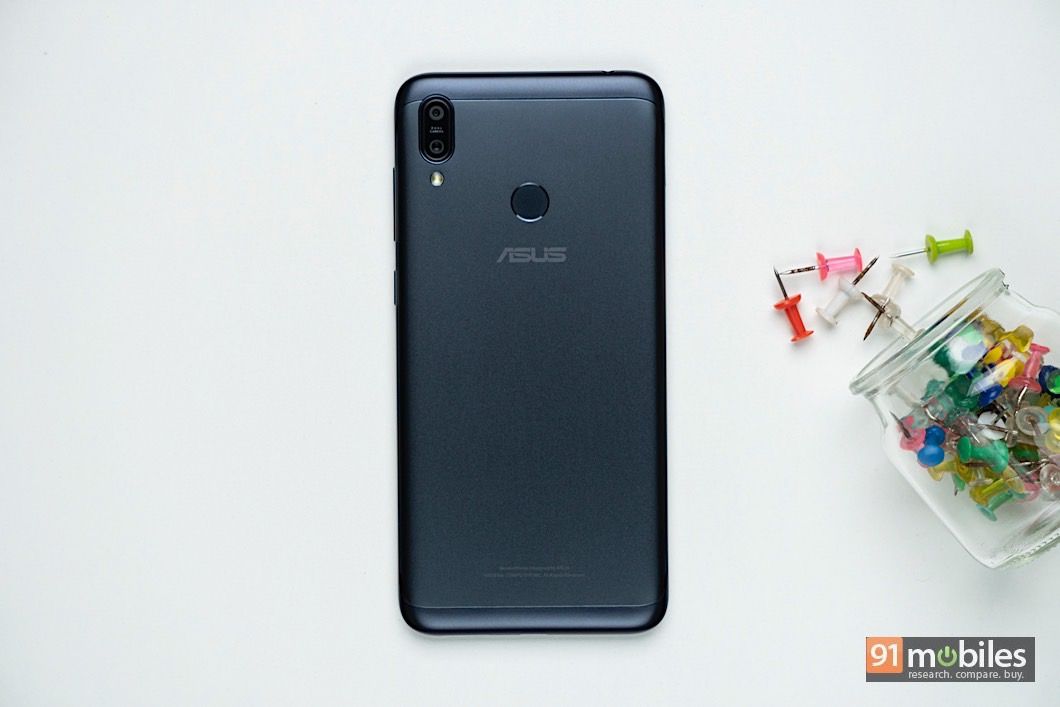 The ASUS ZenFone Max M2 Pro is a smartphone I’d recommend blindly in the Rs 15,000 price range. The Max M2 – not so much. Decent build quality, rear cameras and battery life aside, it still feels like an unfinished product. There are quite a few software and performance-based issues I encountered, and while some of these should be rectified with a software update, at this stage, the device is still a work in progress. At a starting price of Rs 9,999, the Max M2 faces some tough competition from the Xiaomi Redmi 6 Pro (review), which is a better overall package despite its older Snapdragon 625 chipset and skinned software. But the greater threat for the ZenFone Max M2 comes from ASUS’ own camp – the Max Pro M1. With a more powerful Snapdragon 636 processor, full HD display and better cameras, it’s still the smartphone to beat in this price band.