Earlier this year, ASUS launched the Zenfone Max Pro M1 (review) in India and there were more than a few eyebrows raised at the model’s name. Admittedly, this is a cumbersome name for a phone. Now, it seems like all the pieces of the puzzle have aligned together as the brand has introduced the Zenfone Max M1 and Lite L1 phones in the country. Considering the positive response that the Pro variant received, it makes a lot of sense for the company to launch regular models at more affordable prices in the same series to make the most out of the positive perception. But do these new entries carry forward the legacy of the Max Pro M1 or prove to be a letdown? Read our detailed review below and get the answer to this question. 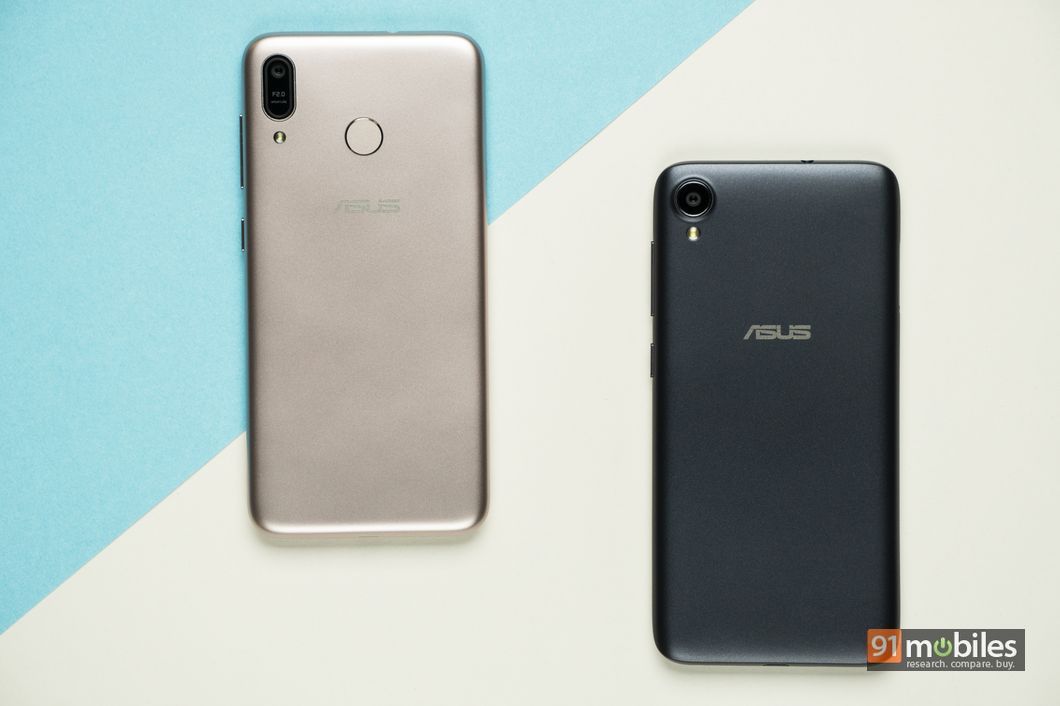 Buying a phone with a pocket-friendly price tag shouldn’t involve a compromise in terms of design and aesthetics. Thankfully, both the Zenfone Max M1 and the Lite L1 come with compact and lightweight form factors, so we don’t have to deal with major compromises on this front. With the 4,000mAh battery capacity, you might think that the Max M1 might be a little on the bulkier side, but since the phones are primarily made out of plastic, they feel extremely light in the hand. The notch design has still not made inroads into this category but you are still served slim bezels on all sides of the display. 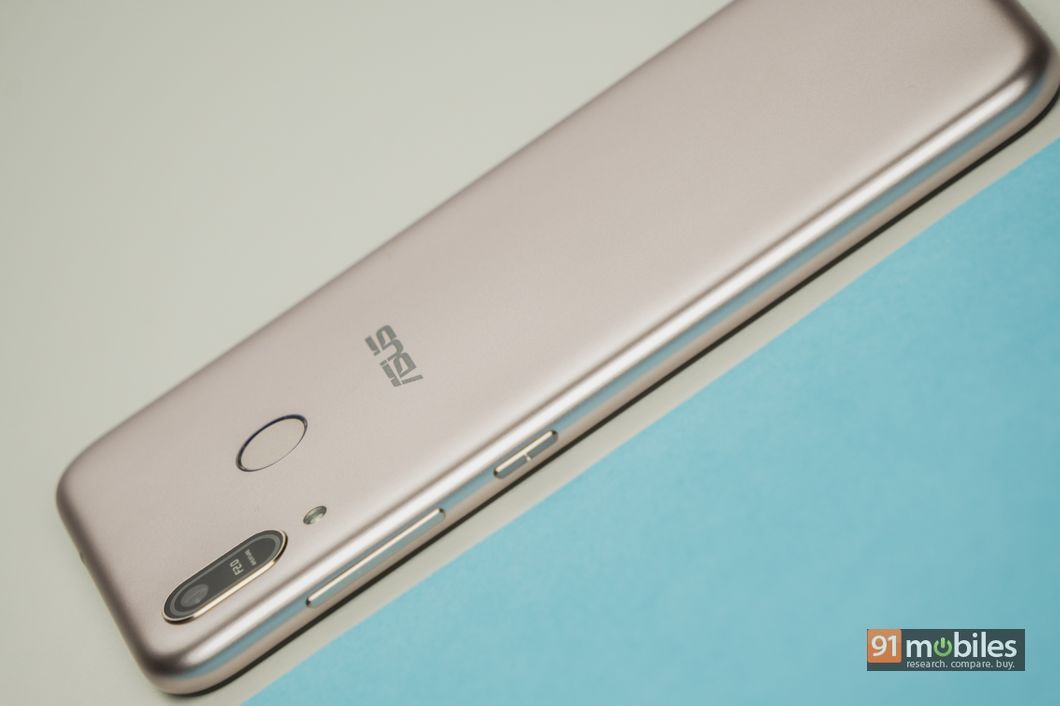 One of the major differences between the Zenfone Max M1 and the Lite L1 is that the former features a fingerprint sensor at the back, while the latter has to do with just the face unlock feature (apart from traditional unlocking methods). There are certain aesthetic similarities between the Zenfone Max Pro M1 and the Max M1 as well, including the elongated camera module design, which you will notice right away. The Lite L1, on the other hand, comes with a circular camera module.

To cover the rest of the basics, you will find the power button and volume rocker on the right side for both models. Another subtle difference here is that the Max M1 comes with a textured power button, versus a regular one on Lite L1. The bottom-firing speaker grille, on the sides of the micro-USB charging slot, is broader on the Lite L1 in comparison to the Max M1. Interestingly though, we found that volume and quality on the Max M1 loudspeaker were much better. Here’s a look at the design.

The triple-slot SIM card tray and the audio jack for both phones are present on left and top, respectively. Overall, the design is not extraordinary by any means but conventional choices result in a utilitarian alignment for daily use. 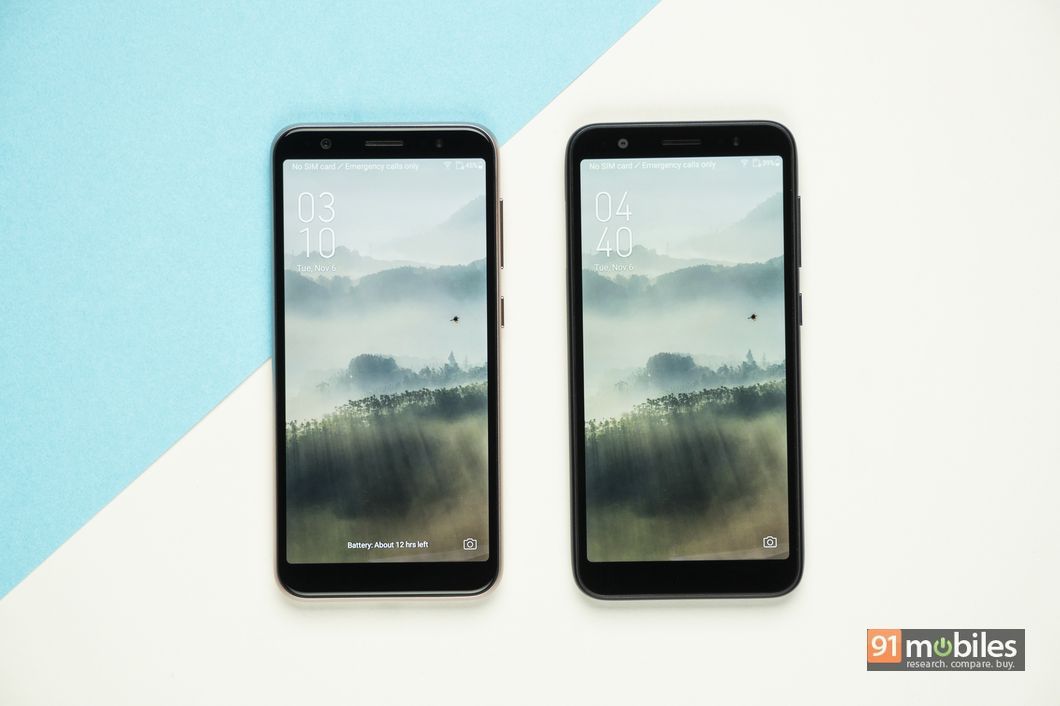 Talking about another crucial aspect of daily use, we found the displays on Zenfone Max M1 and the Lite L1 to be good for the price range. Both Max M1 and Lite L1 feature 5.45-inch panels with HD+ screen resolution and 18:9 aspect ratio. In general use, we found that the panels came across as vibrant and the viewing angles were decent too. The maximum brightness levels are not the best in the segment but you should be able to use the phones outdoors with relative ease.

To recall, Zenfone Max Pro M1 was the first phone from the brand to run a stock iteration of Android. Clearly, the brand is not taking the same route with these new handsets. Still, you get a lightly customised version of ZenUI platform, based on Android 8.0 Oreo. Through the notification shade, you will be able to access some useful toggles like ‘One Hand Operation’, which drags the screen content to the lower half for easy use with one hand, Audio Wizard, Glove mode (increases touch sensitivity), and Power Master among others. The lack of bloatware results in a decent user experience, occasionally marred by the animation stutters presented during switching or closing apps. Face unlock feature works fine but takes around 2 seconds to unlock, which is slow by modern standards. We preferred the fingerprint sensor on the Max M1, which managed to unlock the phone faster and provided additional layer of biometric security. 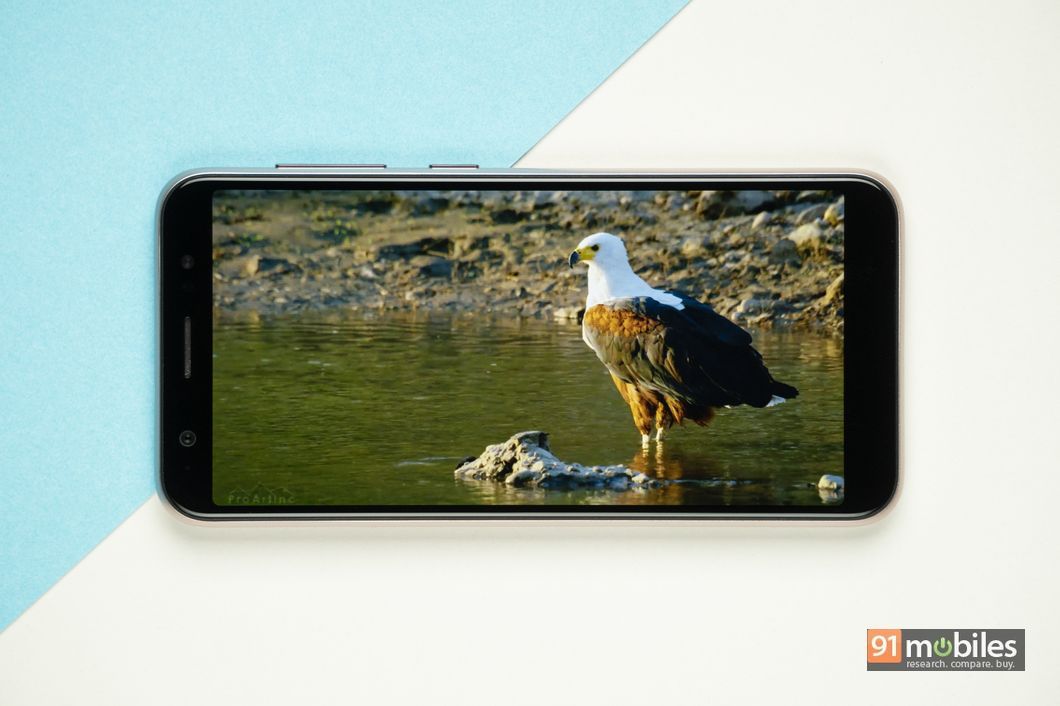 If you are looking to buy one of these models, one of the important things to consider will be battery capacities. The Zenfone Lite L1 packs a 3,000mAh battery, while the Max M1 ships with a larger 4,000mAh battery. In all honesty, we expected the Max M1 to perform better than it actually did in our HD video loop test. The Lite L1 managed to last around 9.5 hours in this particular test and the Max M1 lasted for just about 13 hours. If we talk about daily usage, the Max M1 will easily get you through a day but with Lite L1, you will need to grab a charger by the evening after pulling the plug in the morning.

We have made references to the Zenfone Max Pro M1 quite a few times by now, mostly because the company has given a similar name to the new handsets, but performance is where the stark difference comes into play. Both the Max M1 and Lite L1 are fuelled by Snapdragon 430 SoCs, which is not comparable to the Snapdragon 636 found on the Pro variant. As you might expect, the Max M1 comes with slightly beefed up internals out of the two. The Lite L1 comes with 2GB of RAM and 16GB of storage, which can be expanded up to 256GB through a microSD card. The Max M1 gets you 3GB of RAM and 32GB of storage to drive the operating system. 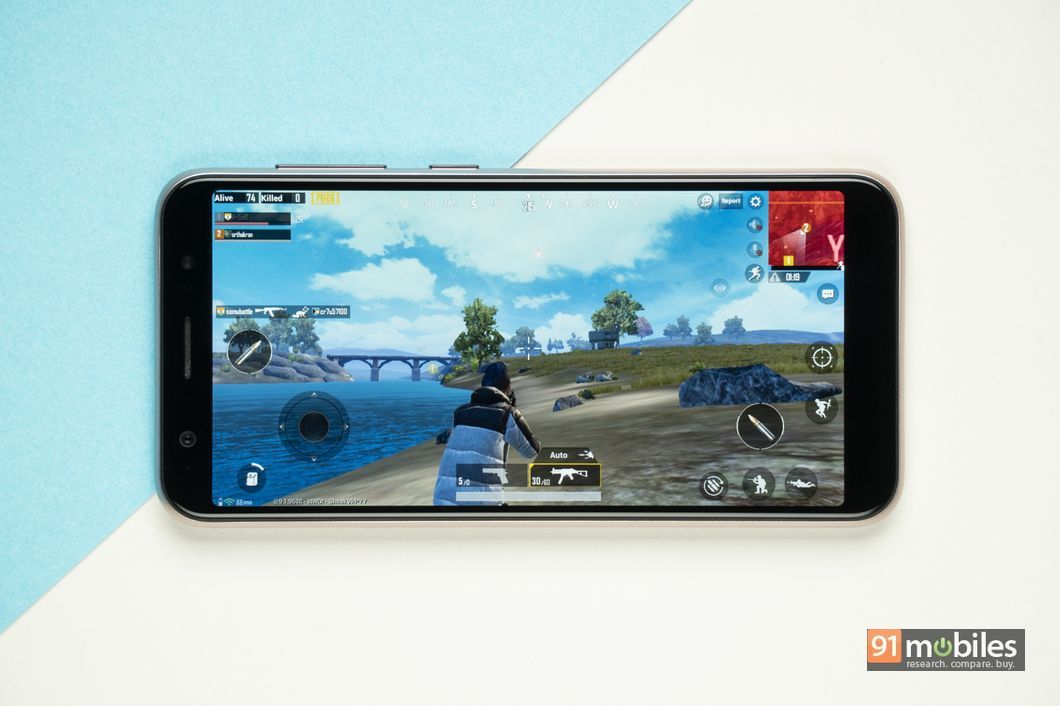 For the price, the Max M1 and the Lite L1 offer decent performance but do not feel like game changers like the Pro variant did for the mid-range. As we mentioned earlier, there were occasional issues related to UI animation but otherwise, the phones managed to run apps with relative smoothness throughout the duration of the review. Multitasking is not as comfortable as one would hope but as we are talking about the affordable price segment, this aspect can be given a pass. We tried playing PUBG on the lowest graphics settings but could still observe some stutter issues within the game. Overall, these phones can get most of the daily tasks done but you will find their limitations in terms of performance sooner rather than later. 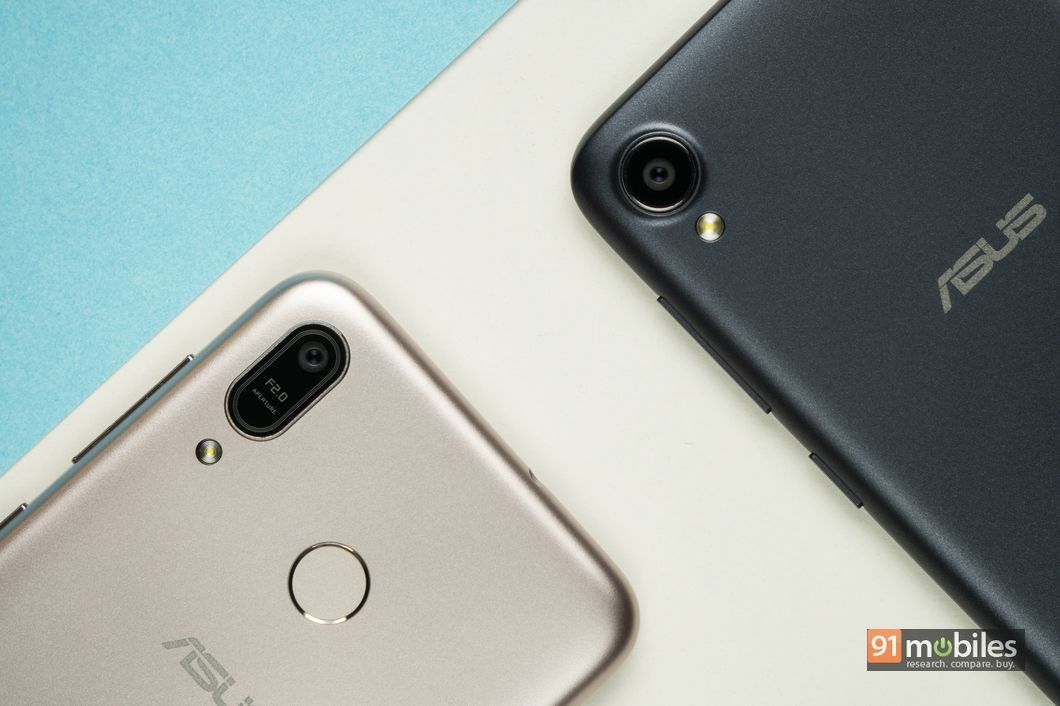 Budget phones usually don’t feature great cameras and unfortunately, the same holds true (to an extent) with the Zenfone Max M1 and the Lite L1. The camera hardware is similar on both phones with 13MP primary cameras (f/2.0 aperture) at the back. At the front, the Lite L1 packs a 5MP sensor, while the Max M1 boasts a slightly better 8MP unit. In our time with the phones, we managed to click some decent pictures with the rear cameras, mostly in outdoor conditions, but on zooming in, we could still notice a considerable amount of noise. As the pictures taken from rear cameras were quite similar, we have embedded the camera samples gallery for the Zenfone Max M1 below:

As you might have noticed, the low-light performance can be best described as average with issues in detailing and exposure. 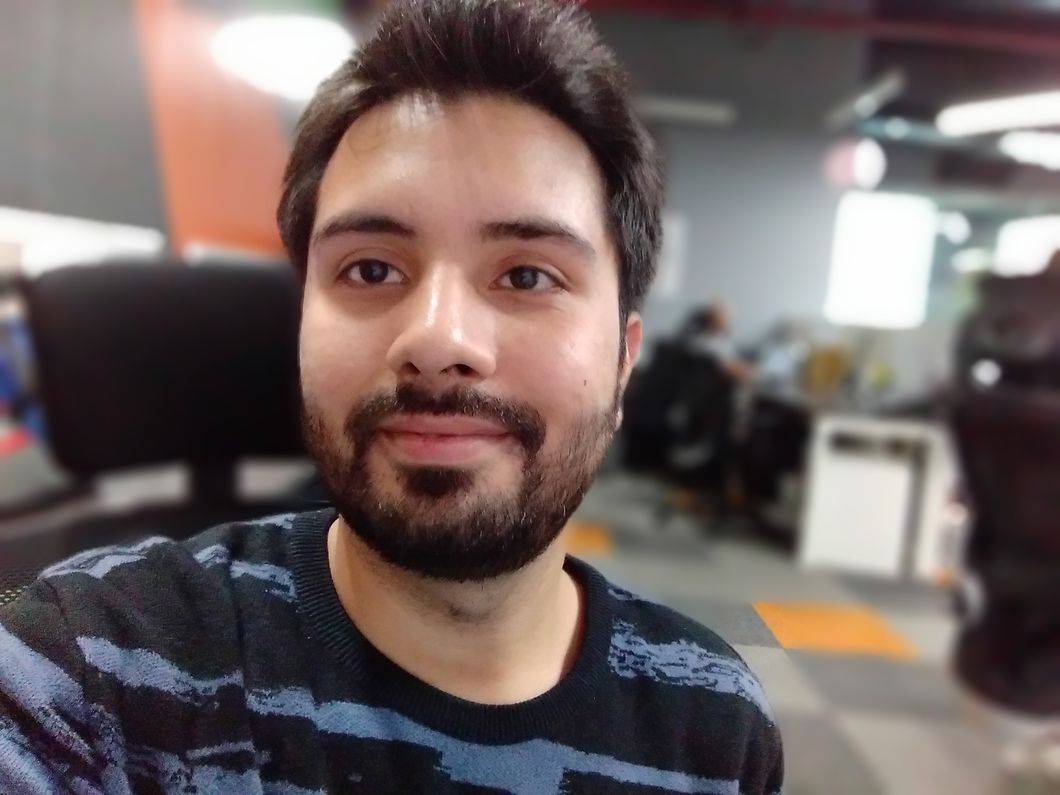 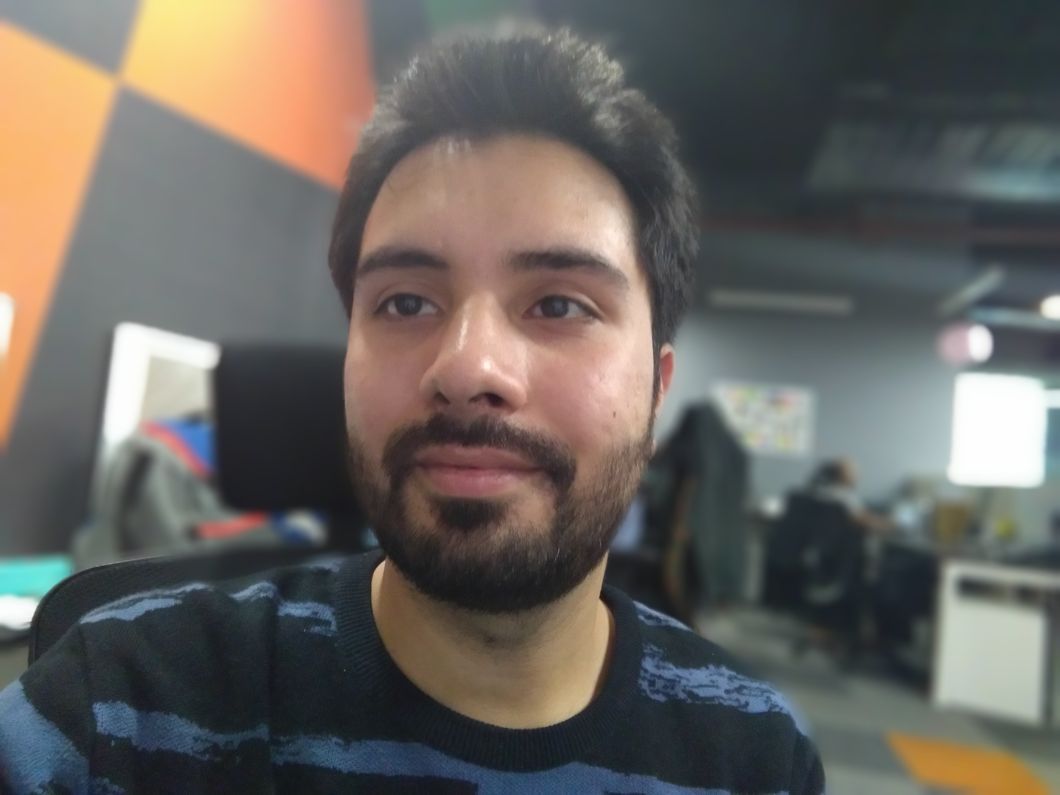 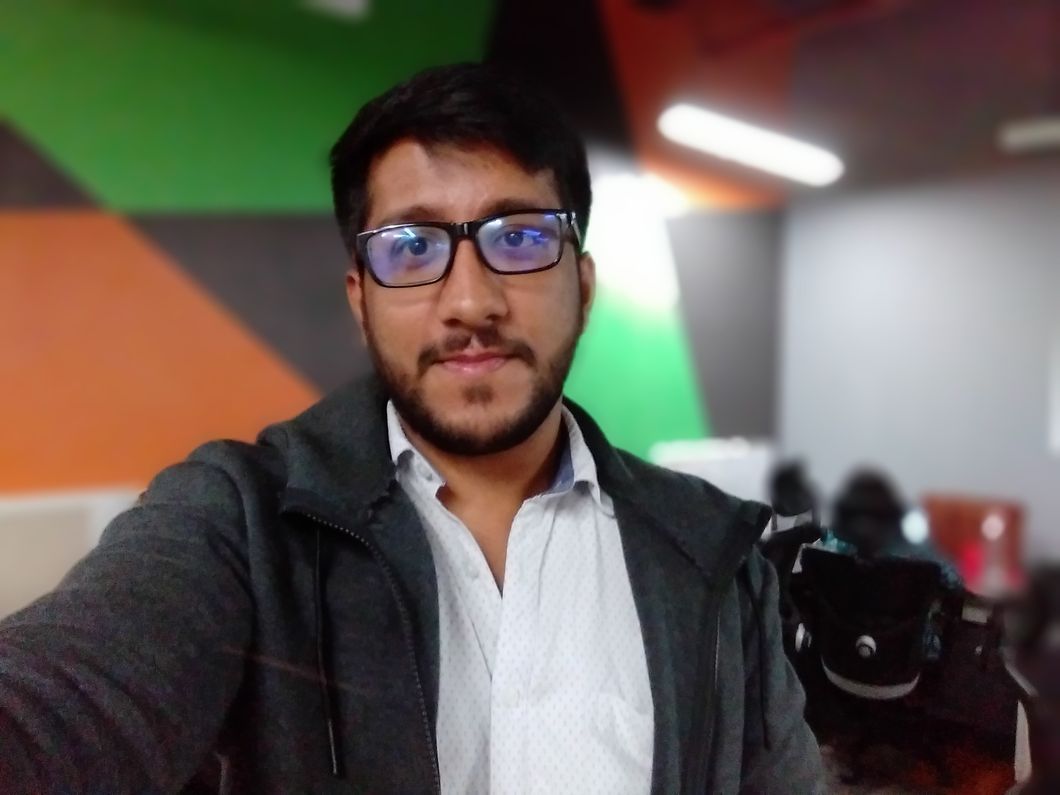 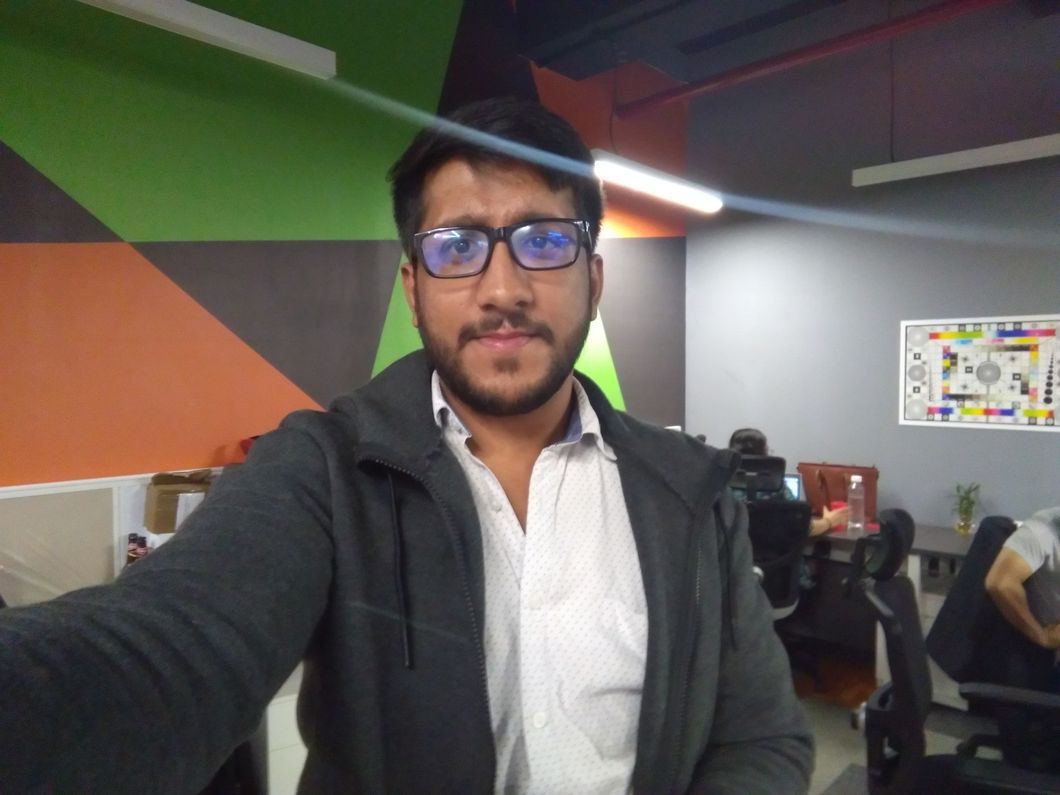 In the default camera app, there are options for anti-flicker, grid, and adjustment of focus mode. The HDR mode surprisingly improved the image quality by an impressive amount, which is usually not the case with many other handsets.

Overall, the camera quality for both phones is decent outdoors. but struggles indoors and in low-light conditions.

For what it’s worth, ASUS would have been better off naming these two phones differently. The Zenfone Max Pro M1 was one of the best affordable phones to come out this year and these phones do not reflect the same quality. You still get decent overall performance, good battery life with the Max M1, and compact form factor but there is nothing particularly compelling about these offerings. You will be able to buy the Zenfone Max M1 for a retail price of Rs 7,499 from Flipkart, whereas the Zenfone Lite L1 can be picked up for Rs 5,999. Other offerings in the segment, like the Xiaomi Redmi 6A (review) and the Realme C1 (review) are slightly more appealing in comparison. However, these two phones from ASUS are a step in the right direction and future products from the brand in this category might pose some serious threat to the established players.