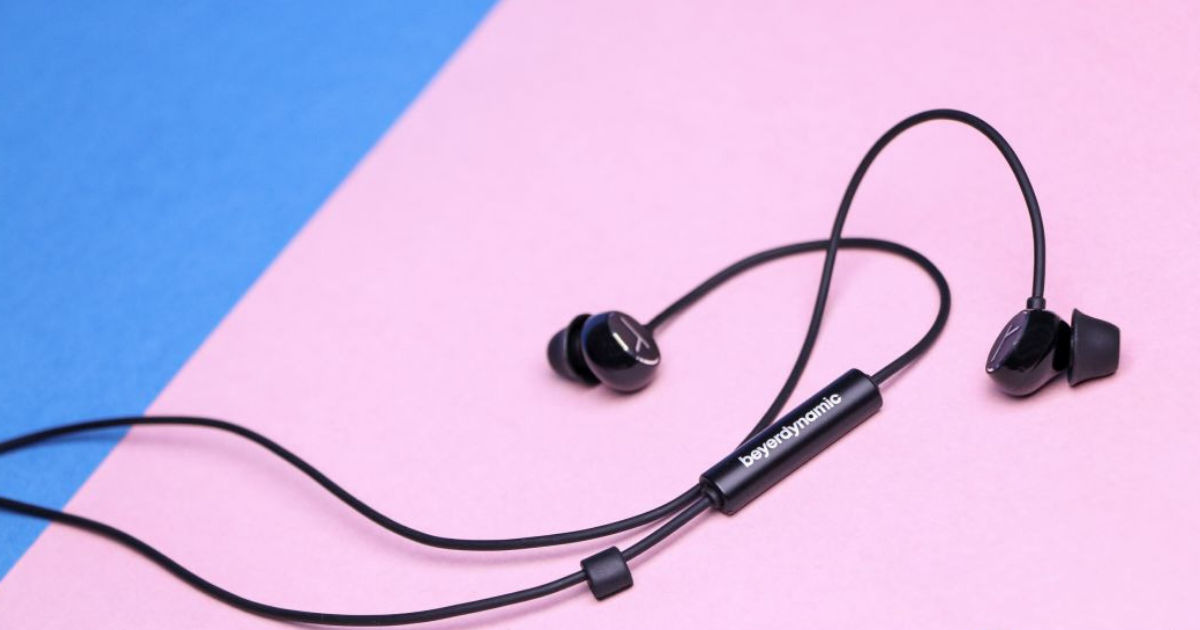 “Our take on Beyerdynamic’s latest wired headset, the Soul BYRD”

Over the years, I’ve reviewed numerous earphones and headphones but only some have stayed in my ears after I hit publish. One such product comes from German audio giant Beyerdynamic, whose Beat BYRD earphone (review) has been my trusty companion to numerous tech events and outings owing to its unique ear-friendly design and good sound quality. 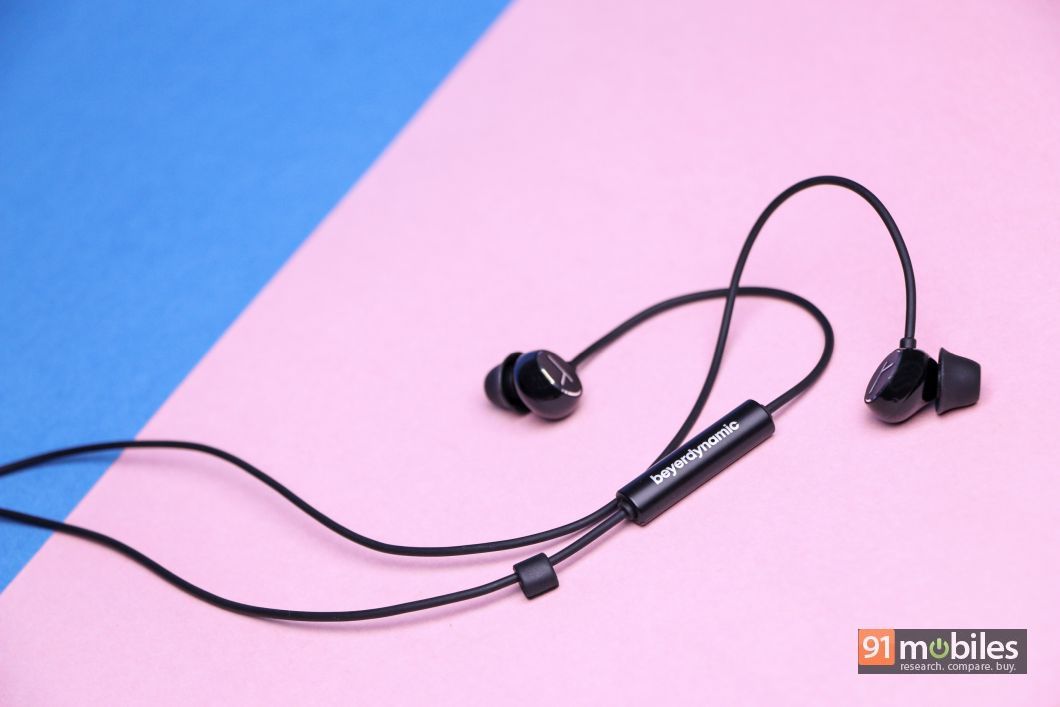 Therefore, you can only imagine my excitement when the company took the wraps off the Soul BYRD earphones in India which offer the same, comfortable build albeit promise superior sound quality. I was sent a unit for review by the company and after using the headset to listen to music for over two weeks, here’s what I make of them.

The Beyerdynamic Soul BYRD looks identical to its lesser priced sibling, the Beat BYRD and from a distance, you’d be hard-pressed to tell the two IEMs apart. Both the earbuds have even been constructed using the same materials, with the only difference being that the company’s logo is etched using aluminium on the pricier model. Oh, and you also get a handy in-line remote control with the Soul BYRD, which will help you answer calls and shuffle through your playlist without having to take your phone out of your pockets. 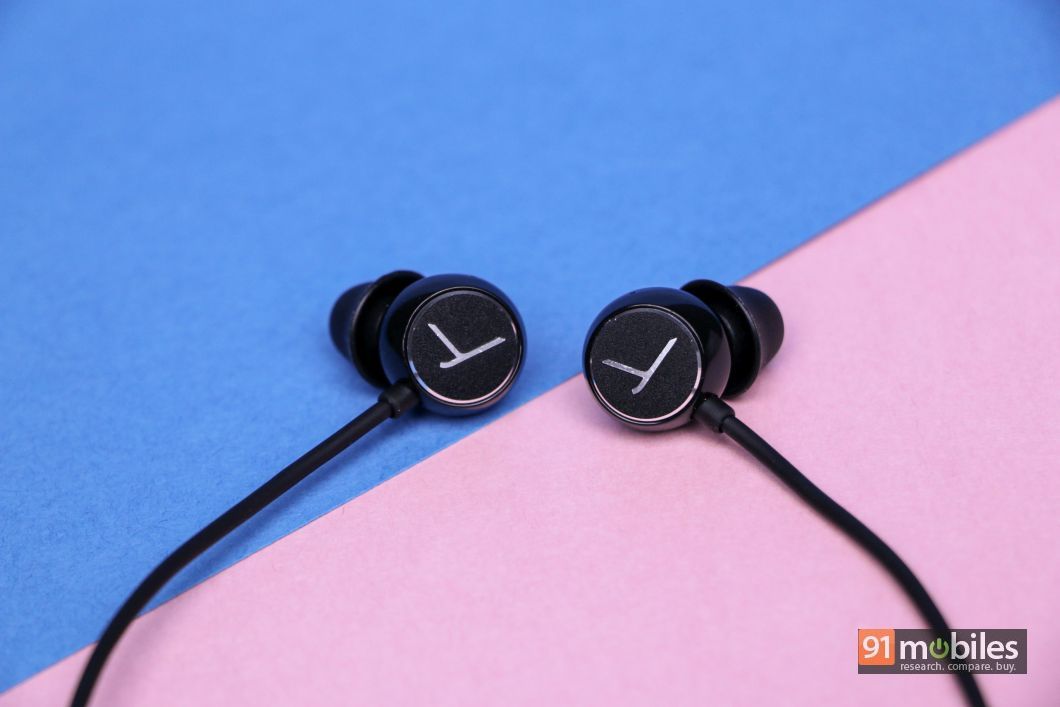 Now, the reason the company has stuck with the same design, because like the Beat BYRD, the Soul BYRD too ships with flat-style housings which sit flush in a user’s ears. Consequently, you will be able to rest your head on a pillow and not feel the IEM bite your ears. And, I cannot stress this enough — there is no other IEM in the market which is as comfortable to wear as the ones from Beyerdynamic’s BYRD range. Being able to lay on one side on my bed for hours and not have the earphones puncture my eardrums is truly a magical experience and I’m surprised it took audio manufacturers this long to address the issue. But, better late than never, I suppose. 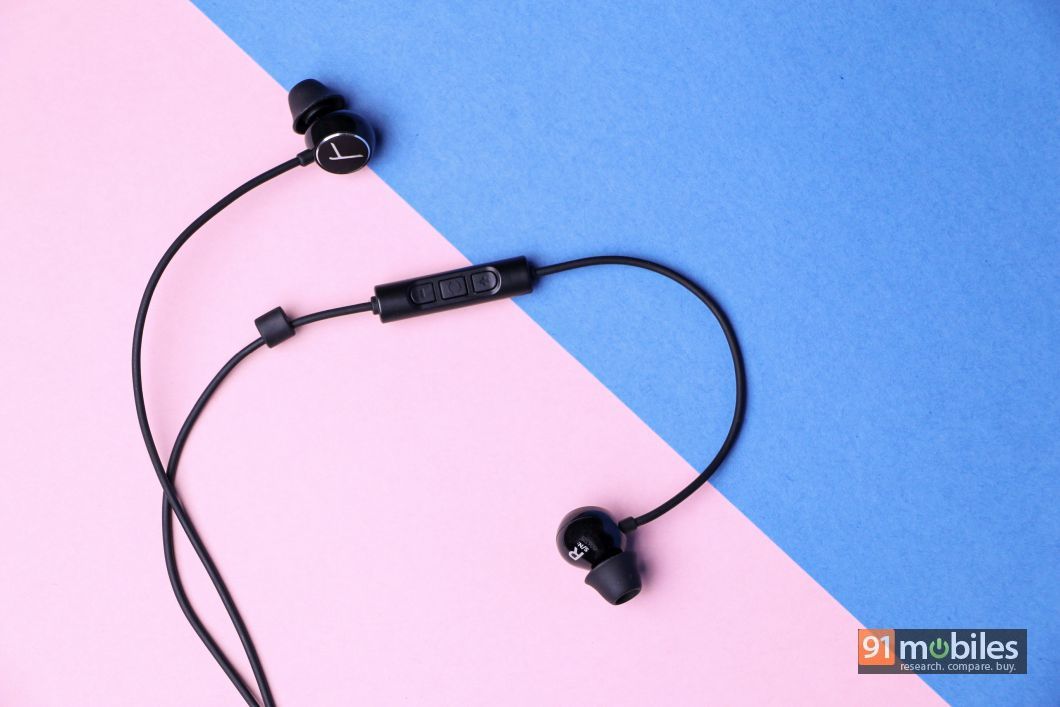 That being said, I would’ve appreciated if the company would’ve introduced the headset in fancier colours as it would’ve accentuated the unit’s overall looks. Moreover, I’m not the biggest fan of the earphone’s flimsy cable, and it would’ve been nice to see a sturdier Kevlar coating protecting the unit from scuffs and pulls.

The Beyerdynamic Soul BYRD is backed by a pair of dynamic drivers positioned inside each earpiece which can operate across a frequency spectrum of 10-25,000Hz. The unit boasts an impedance of 18 ohms and therefore, you can get the most out of the IEM without having to pair it with an external DAC or an amplifier. 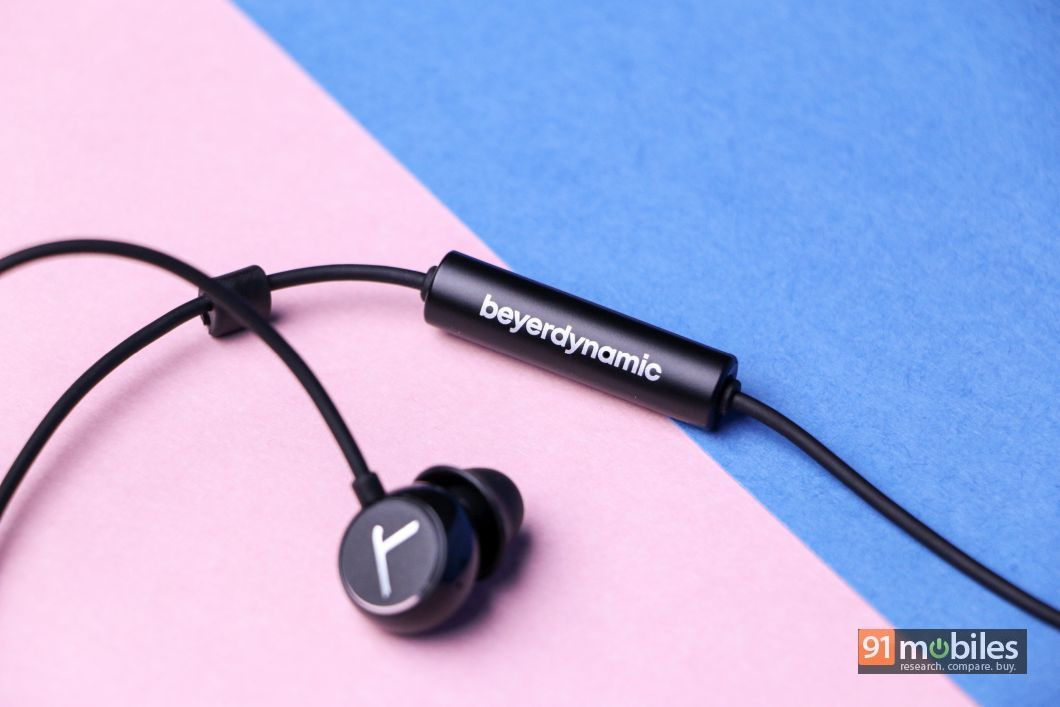 Coming to the meat of the matter, I could immediately tell that the Soul BYRD offer a cleaner sound output compared to the more affordable Beat BYRD earphones. The sound signature is definitely on the warmer side, with a slight emphasis to the low-end. That said, the bass output is not the jaw-dropping, explosive kind so if you were hoping for that, then you might be somewhat disappointed with the Soul BYRD. Rest assured, the bass is plentiful, and it slams with just the right amount of force. In Billie Eilish’s Bad Guy, the bass line plays coherently with the rest of the song, making its presence felt but at the same time, it doesn’t interfere with the singer’s hushed vocals. 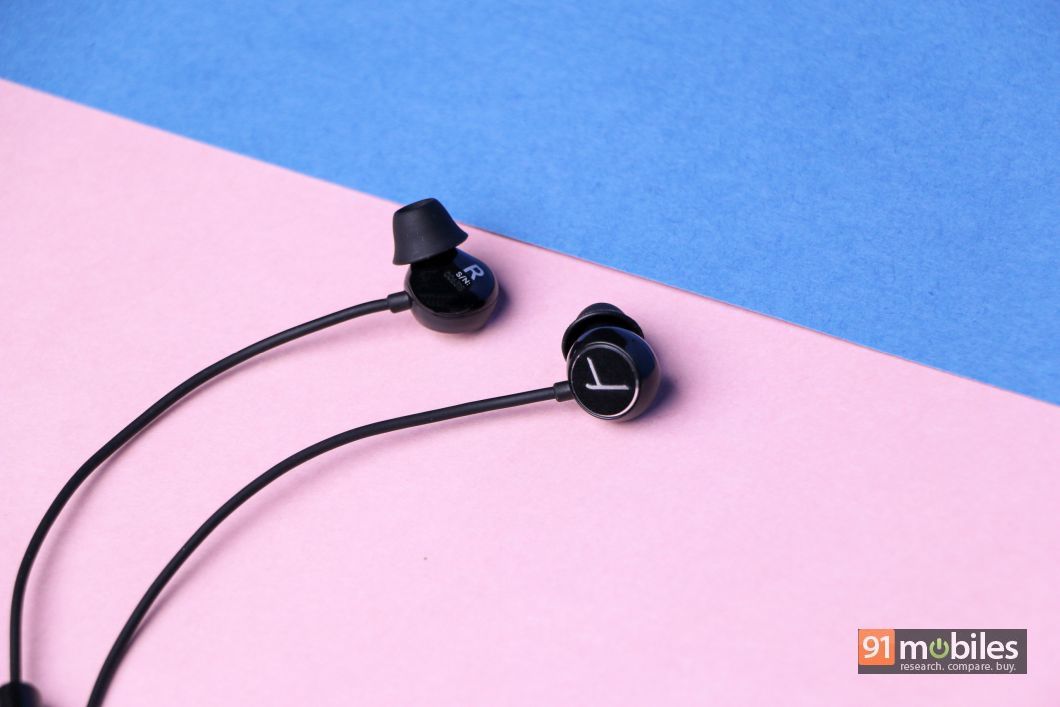 Furthermore, In Chlorine by 21 Pilots, the listener is introduced to a drum mix in the left channel, which plays for a few seconds before transitioning into a beat drop. I must’ve listened to the first few seconds of the song a dozen of times and yet, I’m still in awe of how clearly I could hear the opening notes and how effortlessly the headset transitioned from one beat to the other. In short, the Soul BYRD offers minimal decay and maximum impact, and even at relatively loud volume levels, the beats don’t bloat or bleed. What more could I’ve asked for? 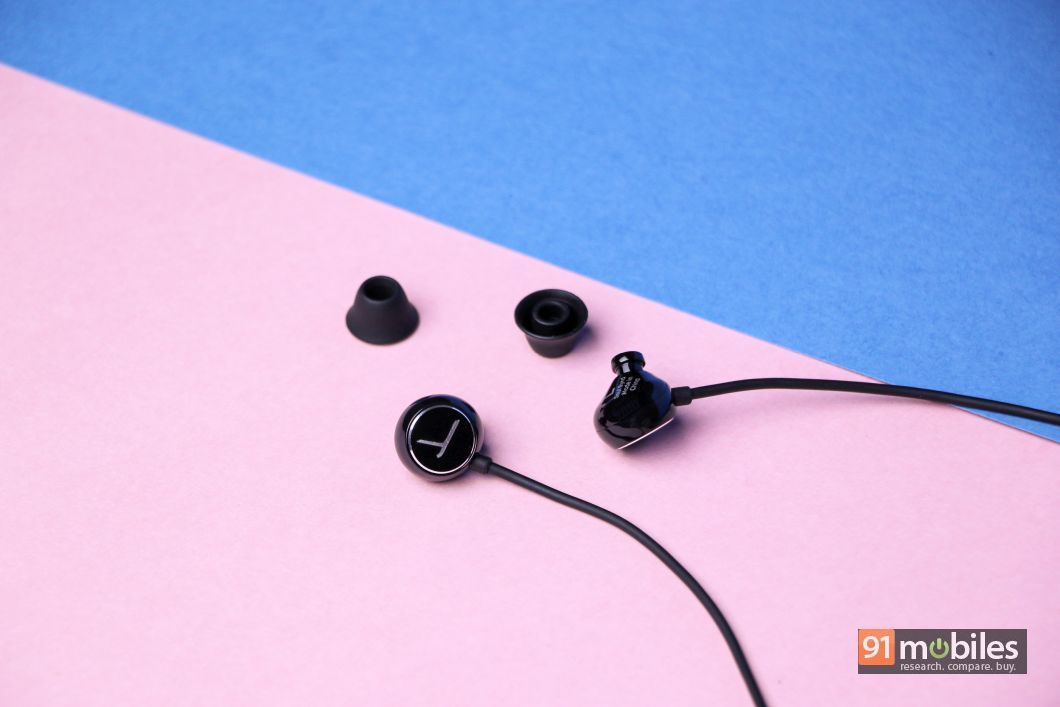 If your playlist comprises a lot of acoustic blues, then fret not. The Soul BYRD’s mid-range is nothing short of sensational and you’ll revel listening to artists like James Blake and Hozier on the headset. Listening to Hozier’s Movement the minute I wake up is an aural treat, and the headset manages to canvas the entire frequency range of the singer’s voice. There’s not one note that goes amiss, and I’ve honestly missed my Shuttl twice as I was so engrossed in the music. What’s more, having tested the pair across a wide variety of music, I can confirm that the earphones aren’t sibilant either so words ending in an ‘s’ will not make you screech.

The highs sound just as good too. Tracks from the metal genre have good energy, and rock ballads seldom sounded harsh to my ears. That said, I did struggle to pick up on some notes whenever a lead guitarist broke out a solo (Sutej Singh’s The Comeback Trail for instance), but barring that, I was satisfied with the earphone’s performance. 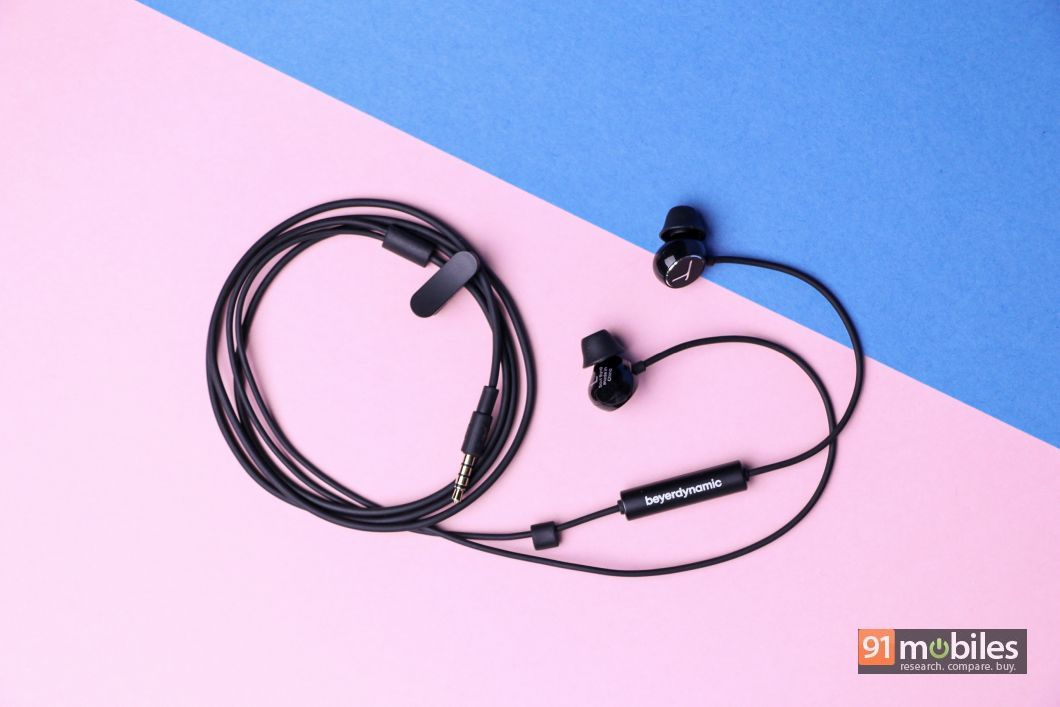 As I mentioned at the beginning, the Soul BYRD sounds pristine, which can be accredited to the earphone’s excellent imaging. Unfortunately, the sound stage feels quite cramped, but that’s something I’ve come to expect when reviewing a pair of in-ear type headphones.

The Beyerdynamic Soul BYRD retails for Rs 6,999 and for the price, sounds fantastic. In fact, if I had to sell an audio purist on a pair of earphones with a coloured sound signature, I’d pitch them a pair of Soul BYRDs. Moreover, the earphones are THE most comfortable pair of in-ears I’ve used in years and I’m dreading to return my unit for the same reason.

That said, there’s no shortage of compelling offerings in this price segment. For instance, you could instead opt for the 1More Triple Driver, which offers a more premium design and a much better low-end response. On the other hand, if you like to dissect a song inside out, then the TinAudio T3 is also up for grabs for Rs 6K on various e-commerce portals.

Regardless, the Beyerdynamic Soul BYRD has a lot going for it and the earphones fully justify their asking price. If you’re interested in buying a pair, then the headset is up for grabs on HeadphoneZone’s website.