Home Audio devices Brainwavz B200 review: don’t judge a book by its cover

There’s a lot you can buy for Rs 12,000. You could buy a solid budget smartphone like the Xiaomi Redmi Note 4. You could also get yourself a used bike from OLX for that matter. However, audio giant Brainwavz believes that you should spend that money on its recently launched, dual-armature based B200 earphones. For the uninitiated, Brainwavz is an audio accessory company which has made quite a name for itself with its budget earphones. Matter of fact, only a handful of the company’s earphones have been priced above Rs 6K and the B200 happens to be the most expensive offering from the brand thus far. So, are they worth your money? Well, that’s what we’re here to find out. Stay with me. 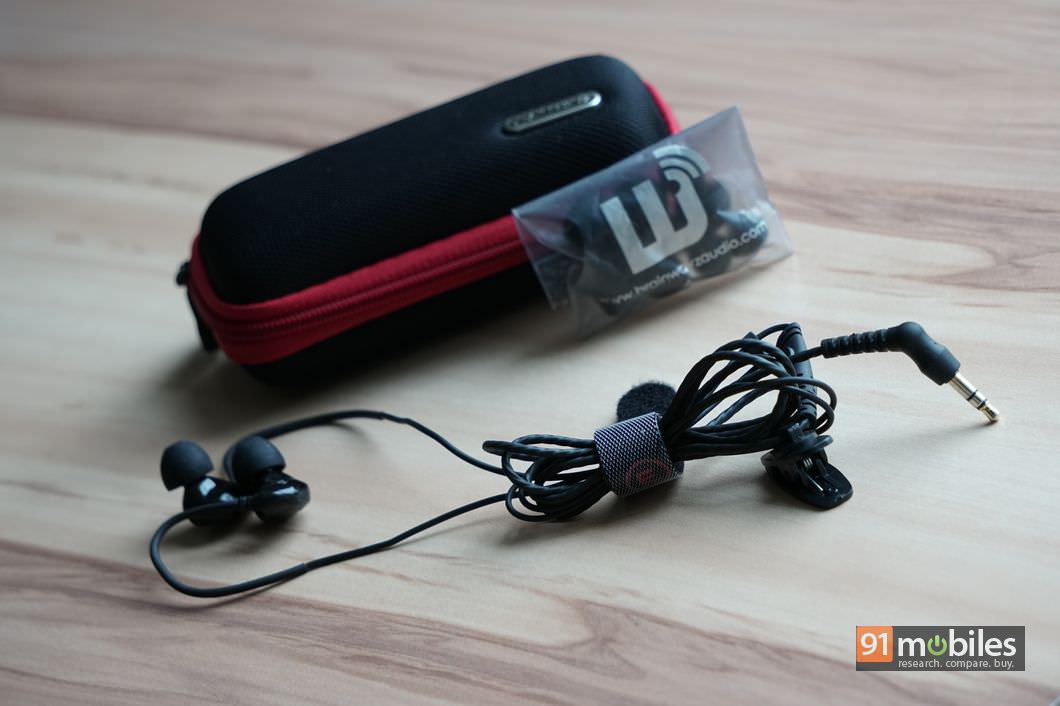 I was really excited to unbox the Brainwavz B200 especially because the company puts a lot of thought into the packaging. Much like most of the brand’s other offerings, the earphones came bundled in a hard-shell case, had six sets of spare silicon ear tips as well as a pair of comply ear tips. A velcro cable tie also comes in the box to tie the earphones neatly along with a shirt clip, which holds them in place if you are working out. Unfortunately, the nice packaging doesn’t portray on the earphones themselves, which are rather cheap-looking. The B200 is made entirely out of plastic and comes with a semi-braided cable, which is extremely flimsy around the top. Although Brainwavz’s choice of constructing the earphones out of plastic does keep the weight down, I would have rather preferred some metal in the earphone’s construction which would have given it a sturdier build and a much more premium feel. I even handed over the earphones to several coworkers asking them to guess the price, and everyone gave me a sum in the ballpark of Rs 2K. Quite frankly, you wouldn’t believe that the B200’s cost Rs 12K even if someone told you. Not unless you listen to some music using it. But more on that later. 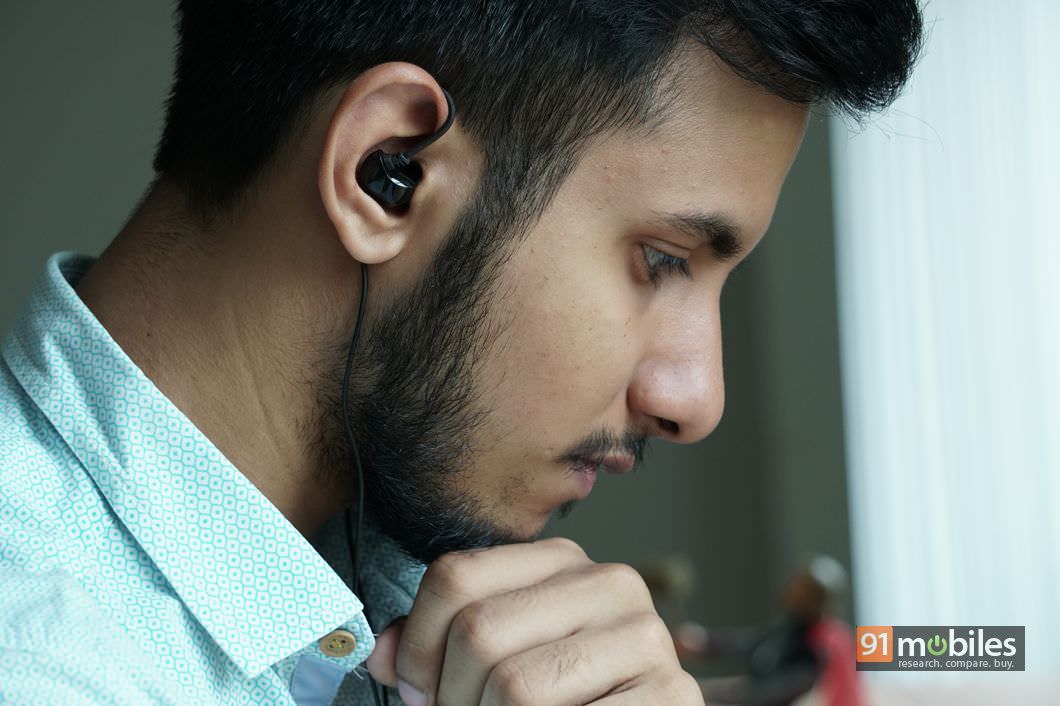 The earphones feature an in-ear type configuration and wrap around a user’s ear to give a secure fit. The cable near the ear pieces is slightly more rigid which ensures that the earphones don’t slip out from your ears. As I mentioned earlier, there are a bunch of ear tips which will help you narrow down the right fit, however, I do recommend you use the provided comply ear tip as it not only isolates the sound better but also morphs the ear tip to the shape of your ear canal. Combined with the earphone’s feather-light weight, the Brainwavz B200 is one of the most comfortable pair of earphones I have come across and can be used to listen to music for hours on end.

One of the biggest drawbacks of the B200’s is that it doesn’t come with a built-in mic. Therefore, you’ll be constantly on your phone if you have to say, change a song or talk to someone over a phone call. While people could get behind the plasticky design of the earphones, the lack of in-line mic/music controls might be a deal-breaker for many.

Before we get into how the B200’s sound, let’s get the specs out of the way. The Brainwavz B200 are audiophile-grade earphones and come with dual-balanced armature drivers featuring a tweeter and a woofer configuration. Since an audio signal is composed of different frequency ranges and the B200’s can handle anywhere between 12 Hz ~ 22 kHz, the tweeter inside the B200 handles the high-ends of the frequency whereas the woofer has been tasked with tackling the low-ends. The earphones have been rated at 30 ohms, meaning they won’t require a lot of power to drive them and will play well with just about any portable music player or smartphone. Well, does all this technical mumbo-jumbo translate into good sound? The answer is a resounding yes. 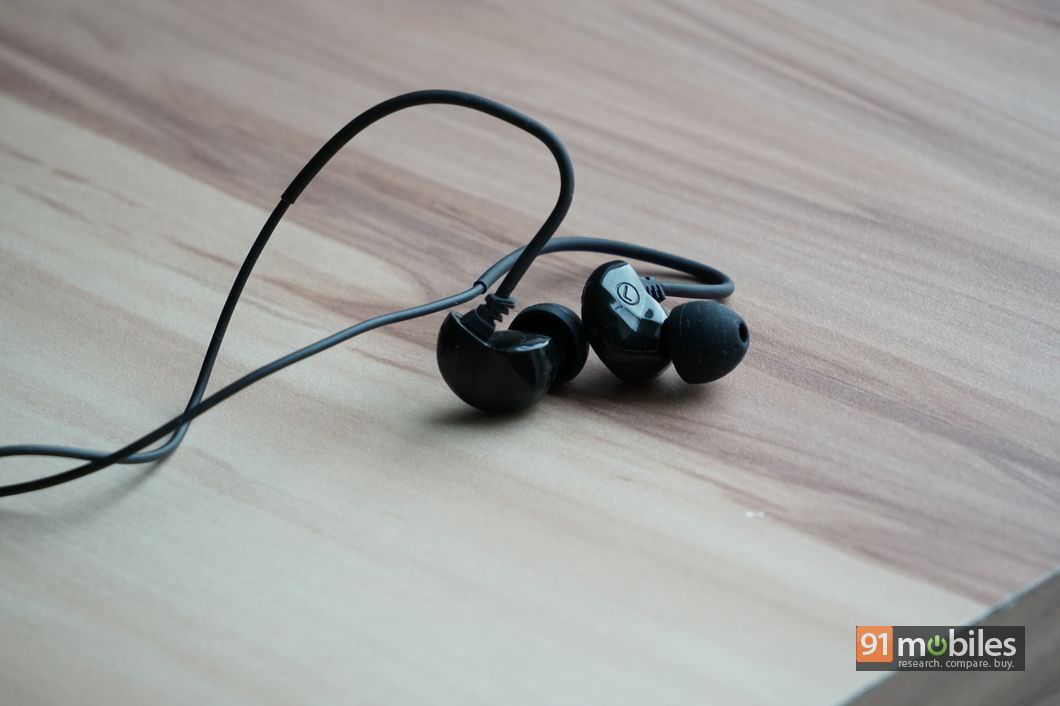 The B200 is extremely balanced and offers an accurate sound signature across the board. The audio delivery is clean and uncoloured for the most part, with a slight emphasis on the treble. It isn’t overpowering by any means but I found myself leaning slightly towards acoustic-based music as I feel like that’s where the B200’s really shine. The mid-range is fairly neutral which helps in bringing out the rich details in lyrics and even at really high volumes, I experienced little-to-no harshness or shrills in the vocals. Ed Sheeran’s Eraser dropped around the time I got the B200’s to review and I listened to the song on a loop for a good chunk of time. Be it the strums from the guitar or Sheeran’s tonal variations, the B200’s reciprocated every single note perfectly.

Before you write off the B200’s for lacking in bass as they have a neutral sound signature, allow me to make a case for the earphones. While bass-heads will definitely miss the punch in the low-end region which a pair of Beats might have to offer, bear in mind that the bass quality is far more important than bass quantity. The B200’s have an accurate and natural sounding bass response which has just the right amount of thump you need to enjoy songs like Lorde’s Royals or Marian Hill’s Down. The synergy between the kick drum and the bass guitar in Queen’s Another one bites the dust is captured perfectly by the B200 as well and seeing how I could distinctly hear and tell between the two instruments working together, the earphones are excellent at instrument separation too. Sound staging is better than most in-ear type earphones but it won’t make you feel like you are listening to an artist perform live. Sound isolation is good too and you can block almost all of the ambient noise at 40-50 percent volume. The addition of comply ear tips helps massively in this regard as well. The Brainwavz B200 offer a really balanced sound signature which can be used to enjoy pretty much any genre of music. The earphones offer an abundance of details across the frequency range and I am confident that anyone listening to music using the B200’s would be just as impressed as I am. Moreover, the earphones are extremely comfortable to wear over long hours and come with a ton of accessories too. The catch, however, is that you’ll be making a huge tradeoff in the aesthetics department and despite audio quality being paramount while purchasing a pair of earphones, if looks matter to you, then you should probably go for the Fidue A73’s or the RHA MA750i. Both of the aforementioned alternatives also come with in-line microphones and music control support too, which is an added bonus. If, however, the sound quality is your primary concern and you’ve got Rs 12K to spend, then by all means, go ahead and buy the Brainwavz B200 as they won’t disappoint you.