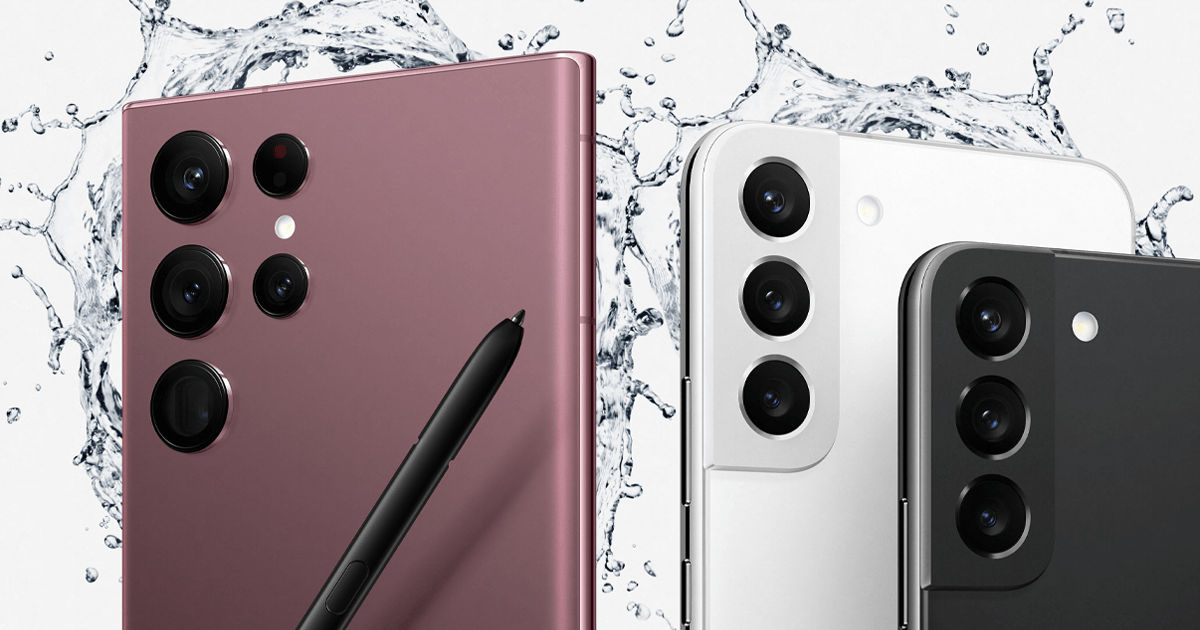 The Samsung Galaxy S22 Ultra is an epic standard for flagship phones through and through. It’s the first S Series to feature an in-built S Pen, packs the most advanced pro-grade camera, is powered by a Snapdragon 8 Gen 1 chip and comes with a Dynamic AMOLED 2X display that peaks at a mind-boggling 1750 nits. The best part is that the phone packs all these flagship goodies inside a body that is as tough as its visually stunning because of being reinforced with an Armor Aluminum frame and Gorilla Glass Viictus+. The Galaxy S22 Ultra exudes beauty with its slim, bold, and symmetrical design. Its stunning profile is backed by a sturdy build which ensures that the phone will last for a long time.

Armor Aluminum frame protects like a suit of armour

As its name suggests, the Armor Aluminum frame acts as a strong suit of armour for the phone. It’s the strongest aluminium frame ever used by Samsung and is lighter and much tougher with proven performance. And while it offers excellent protection from corrosion, which is not a surprise, it is also incredibly less susceptible to scuffing and scratching. Armor Aluminum is usually used in rugged military-grade equipment, so it’s quite a pleasant surprise to see it on the new Galaxy S22 Ultra. This addition of such material has done wonders for the durability of the device.

The Samsung Galaxy S22 Ultra is the first Galaxy to feature Corning Gorilla Glass Victus+ protection. Fitted on the front as well as the rear surface, this glass can better survive drops and offers tough scratch resistance. Accidental drops won’t be an issue anymore, and you need not worry about scratches if you drop your keys in the same pocket as your phone. With the Corning Gorilla Glass Victus+, you can rest assured that the phone’s front and rear surfaces will keep exuding their premium brilliance without compromising on durability by any means. With such protection, the Galaxy S22 Ultra can easily be dubbed the toughest Samsung Galaxy yet.

Ready for any weather with IP68 water and dust resistance

Over the years, Samsung has continued to offer IP68 water and dust resistance on all its flagship phones from the S range. This year, it’s no different. Despite everything new that has gone into the device, the company has managed to keep this feature constant. You can use the phone in the rain or hold it under the tap to wash off the curry you’ve accidentally spilt on it. The IP68 rating also means the device will continue to work 1.5m underwater for up to thirty minutes. This means you don’t even need to buy an action camera for capturing underwater photos and videos. Just dunk your phone in the swimming pool and get spectacular underwater shots using its ultra-versatile camera setup. Even the included S Pen comes with the same rating so you can take your post-workout session notes without any worries.

Signature Galaxy design makes it a sight to behold 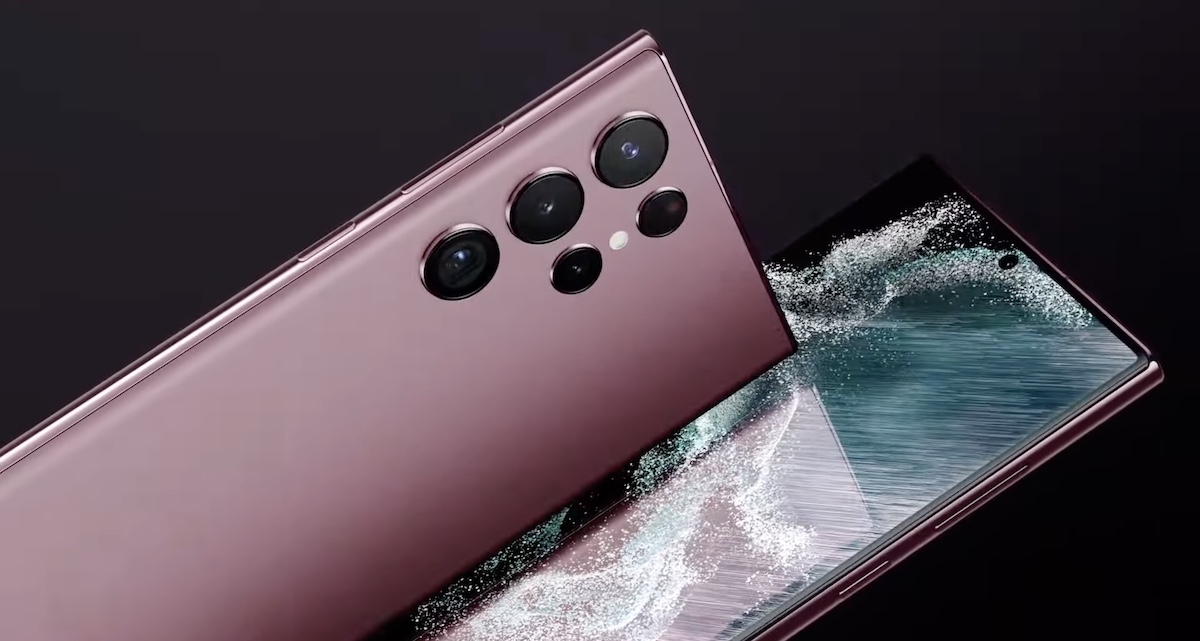 The Galaxy S22 Ultra is a sight to behold from all angles. It features geometric bold shape and simplified design elements that remind us of the signature Galaxy appearance that we’ve come to love over the years. But there’s plenty of freshness here too. The extruded shape of its Armor Aluminum frame offers gives the device elegant symmetry. On the phone’s rear, the camera cluster grabs a unique appearance thanks to its unique mirrored lens rings. The lenses feel as if they are floating in the space, making them the centre of attraction. There’s no doubt that the Galaxy S22 Ultra has brought a new standard for premium design to the market. 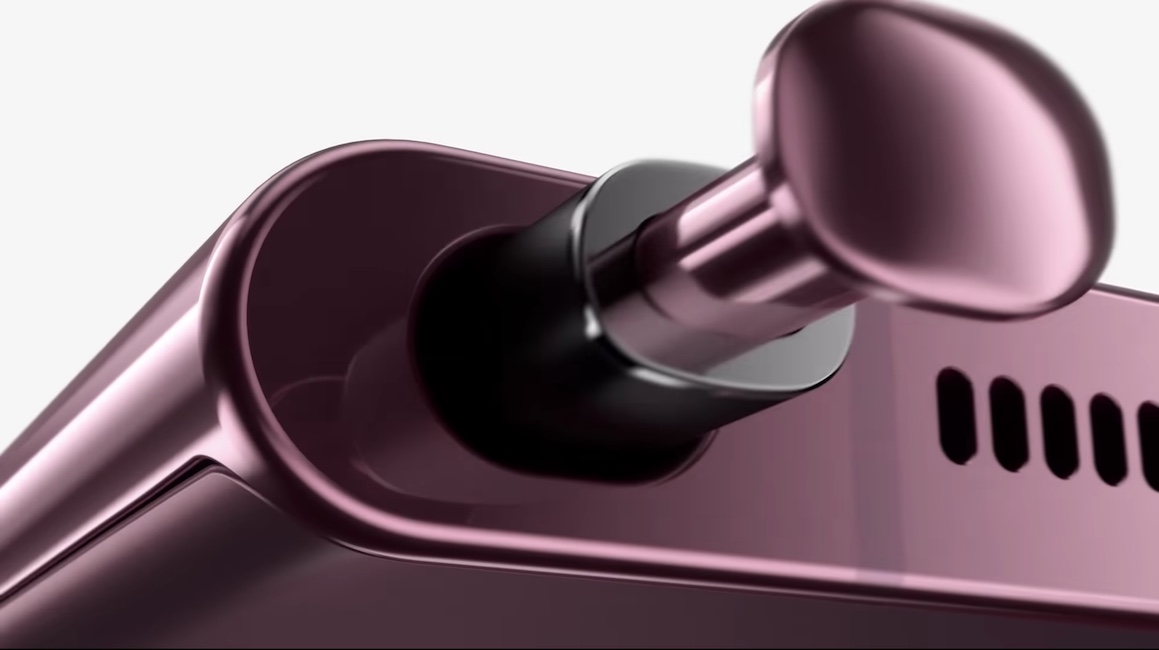 There may not have been a Galaxy Note released in 2021, but the Galaxy S22 Ultra has combined all its brilliance with the Galaxy S line, which has resulted in an utterly unique flagship. This is evident through the fact that design elements from both ranges are present on the phone. While the fit and finish of the phone remind you of Galaxy S phones, the slightly bulged frame and curve design are reminiscent of the Note line. And of course, there’s the built-in S Pen that not only offers improved latency but plenty of other unique S Pen features that users have come to love over the years. All this means that the Note legacy remains perfectly encapsulated in the new Galaxy S22 Ultra. 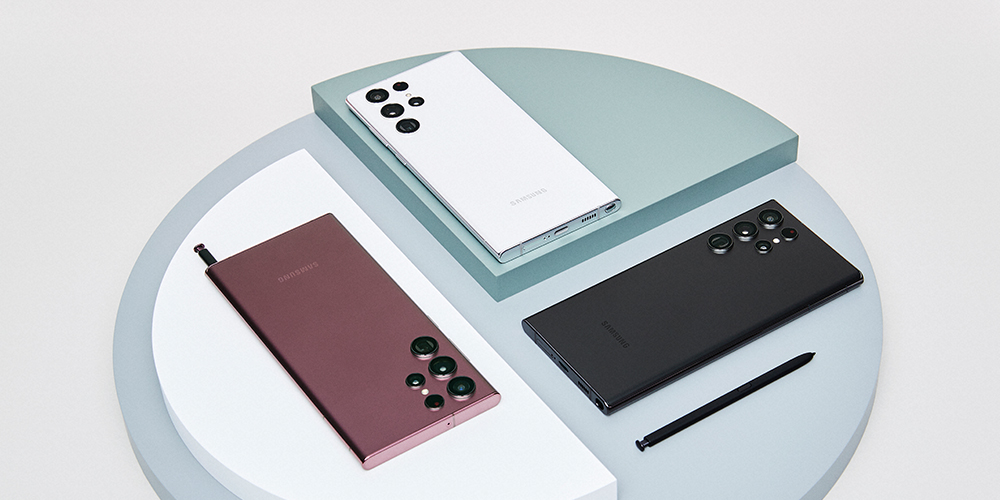 As always, Samsung has made its flagship phone available in a range of bold colours. The first one among them is Burgundy with its dark red-purplish shade, which will suit the more adventurous types. The Phantom White option has a bright and flashy overall look, while the Phantom Black option offers an understated brilliance through its exquisite finish. We agree it’s hard to choose between these three colours, but one thing that’s true for all three is that they all amplify the refined flat design, slim bezels, and symmetric side metal frame of the Galaxy S22 Ultra.

The Samsung Galaxy S22 Ultra is a design marvel. The phone personifies elegance and is sturdy enough to handle day-to-day stresses. It runs on the high-end 4nm Snapdragon 8 Gen 1 chipset and offers a whopping 12GB of RAM. It also adopts a 5,000mAh battery with 45W fast charging support. The phone showcases its visuals on a 6.8-inch Dynamic AMOLED 2X display with a variable refresh rate of 120Hz. Its quad-camera setup headlined by a 108MP shooter is brilliant at night photography. With such a complete package, the Galaxy S22 Ultra should be at the top of every smartphone buyer’s list.