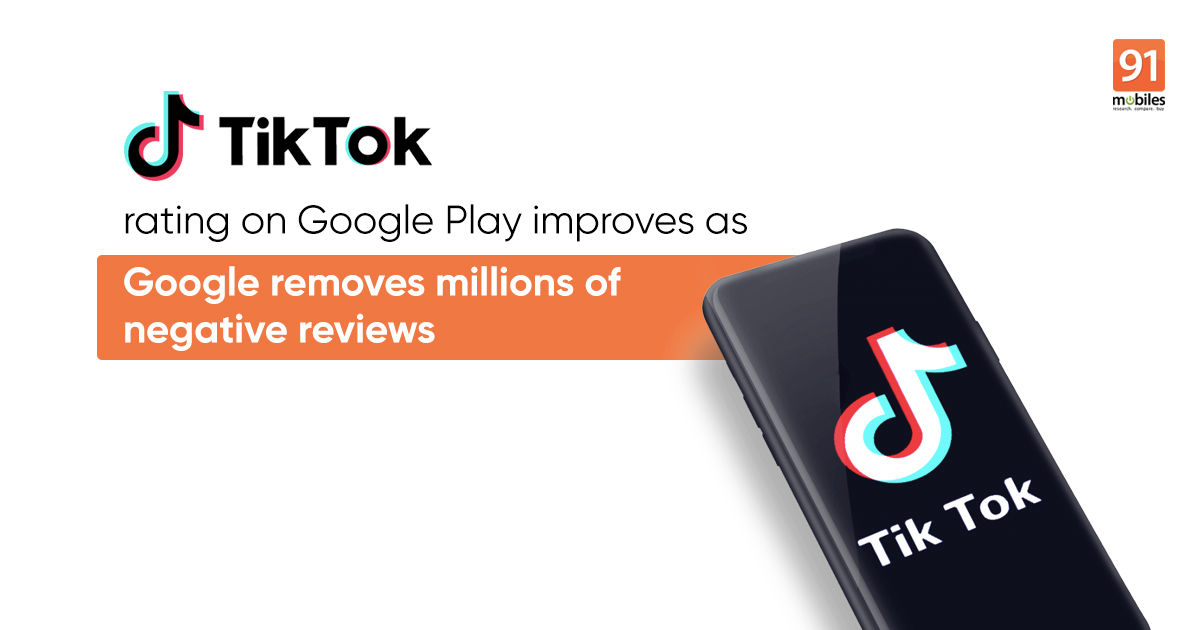 Google has reportedly removed millions of negative TikTok user reviews from Google Play Store. The short form video app was bombarded with 1-star reviews last few week due to severe backlash from Indian users. The app’s rating had plummeted to 1.2, but has now jumped back to 4.4 on the Google Play Store in India. Google hasn’t stated any reason behind the removal of negative user reviews yet, but it has significantly improved the rating of the app. 9to5Google estimates that over 8 million negative reviews have been taken down.

TikTok saw a flood of negative reviews in India last week for promoting objectionable content such as videos glorifying acid attacks, rape, violence against animals, and more. Netizens have been demanding complete ban of TikTok in India and hashtags such as #TikTokBan, #TikTokExposed, and #UninstallTikTok were trending on social media platforms.

Furthermore, TikTok’s popularity in India seems to have slowed down. As per the data shared with ET by app intelligence firm Sensor Tower show that the social media platform, which crossed two billion downloads earlier this year, downloads fell 34 percent in April and 28 percent up to May 23, after growing by 8 percent in March and 7 percent in February.