“Our two cents on the HyperX Cloud Earbuds”

It’s a great time to be a gamer, especially if your choice of platform is mobile gaming. Although India is yet to receive official backing for popular handheld consoles like Nintendo’s Switch, there are a ton of interesting games available on both Android and iOS which are widely accessible to anyone who owns a smartphone. Titles like PUBG and Fortnite have smitten the country and thousands of mobile gamers have taken to the online lobbies to win virtual laurels. 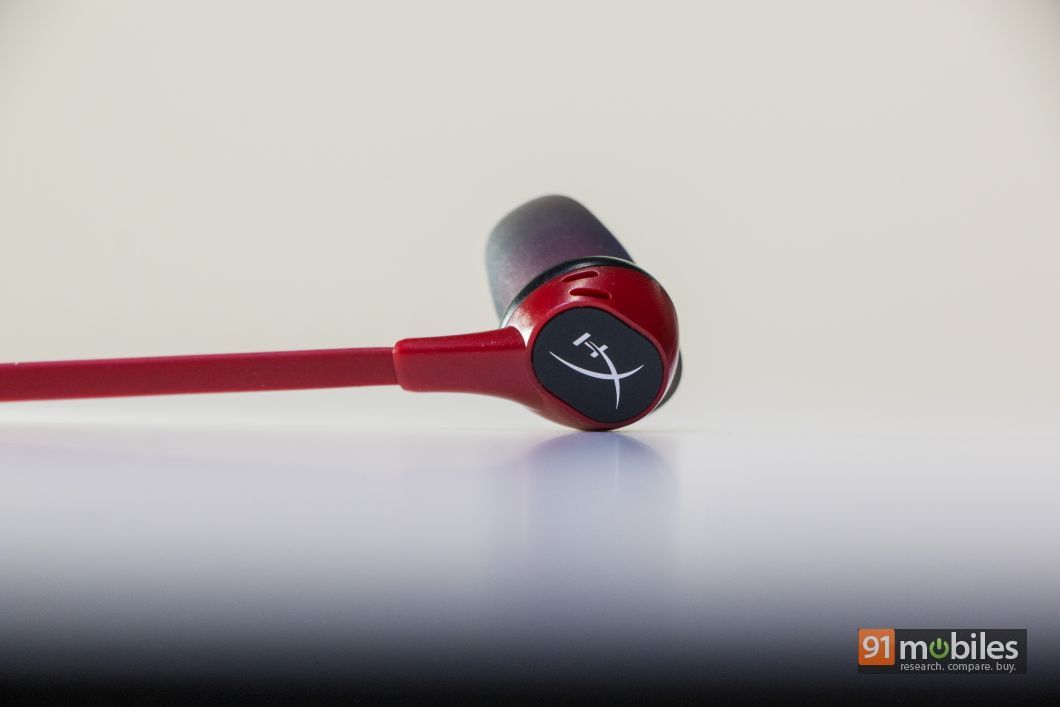 To capitalise on the growing frenzy, Kingston’s subsidiary HyperX recently launched the Cloud Earbuds in India, a pair of in-ear type earphones designed with the mobile gamer in mind. To test whether they offered any real benefits over a regular set of earbuds, I got my hands on a pair and here’s what I make of them after weeks of testing. 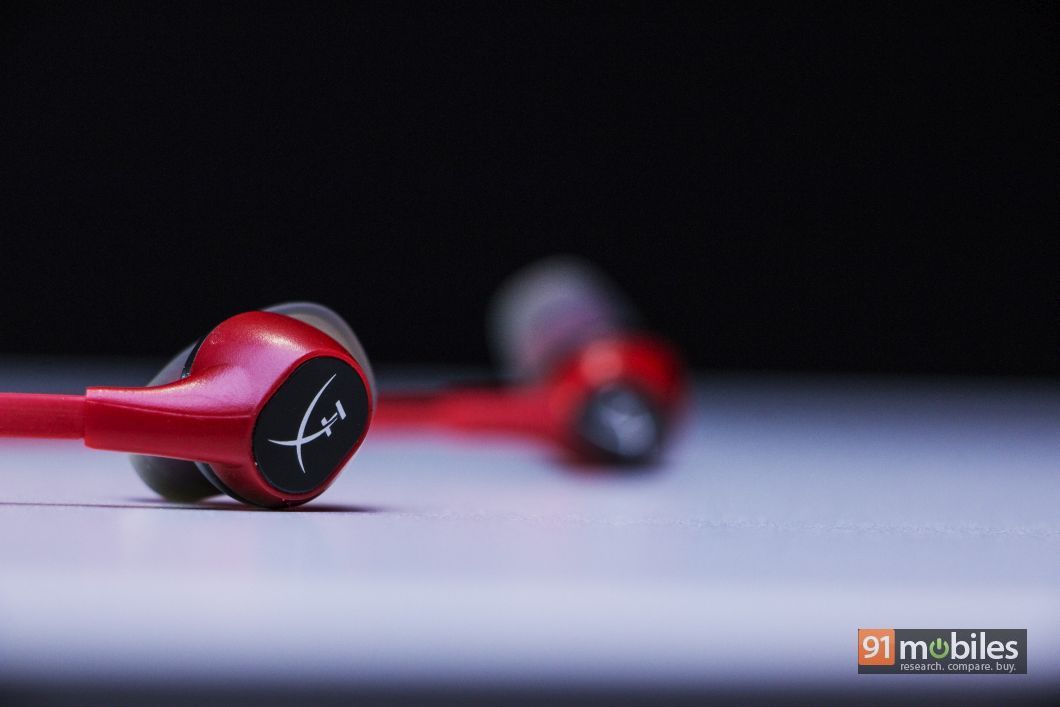 Design-wise, HyperX has styled the Cloud Earbuds in the brand’s signature red and black finish which lends the headset an aggressive, gamer-y look. While I don’t mind the overall style of the headset all that much, the pair did attract quite a few eyeballs when I was using them in public. Moving on, the earbuds ship with a flat-style, red-coloured cable which doesn’t tangle easily when the earphones are in your pockets. The cable also features a plastic clip which can be used to variate the length of the wires, which is a neat touch. 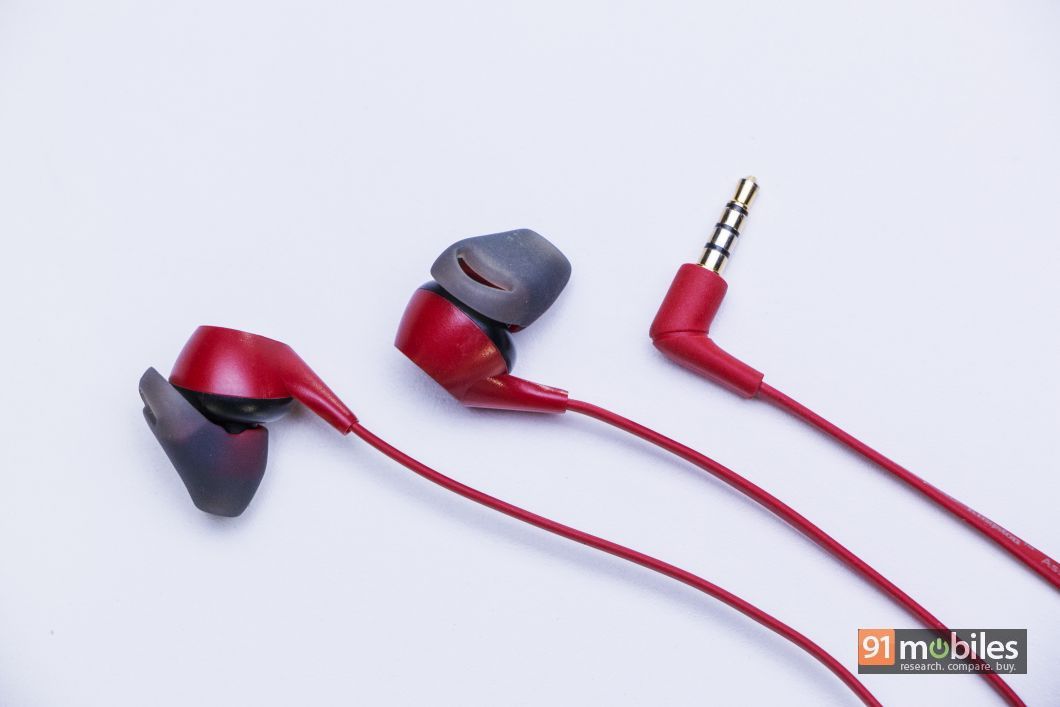 As far as the overall build quality of the headset is concerned, the Cloud Earbuds do leave a little to be desired. The earphones have been constructed in entirety using plastic, which albeit feels robust and sturdy, doesn’t quite impart a sense of premiumness whilst using the product. 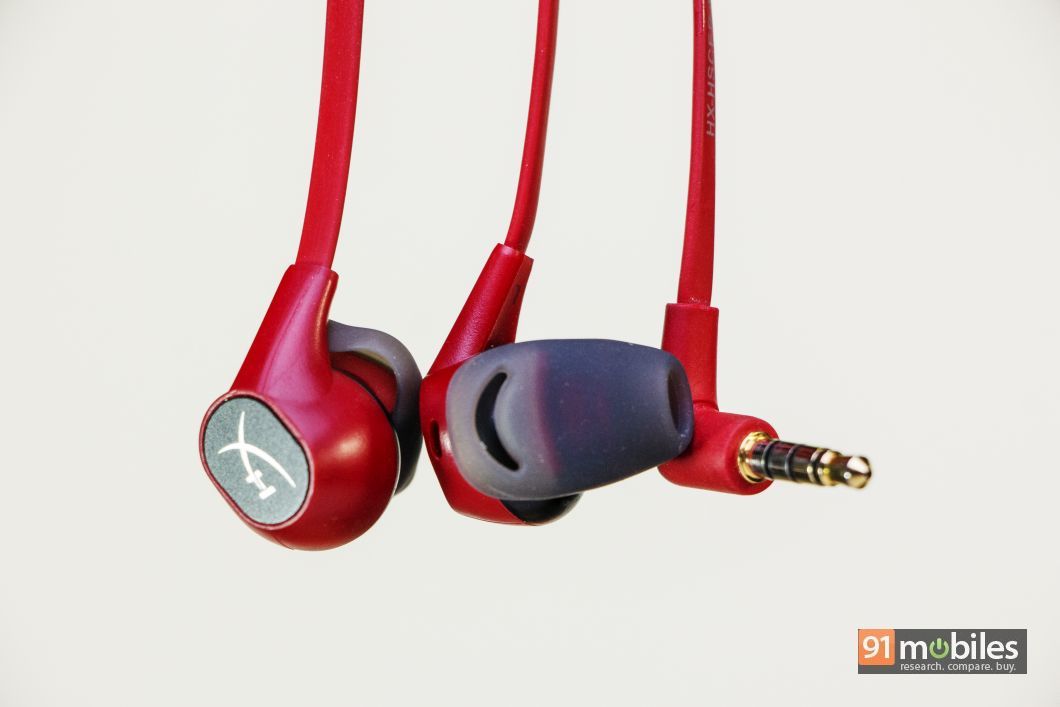 Moreover, unlike most other earphones in the market, the Cloud Earbuds feature conical-shaped earpieces which are designed to sit in a users’ ears for hours on end. While I didn’t notice any ear fatigue after an hour or so of gaming, I must admit the earphones’ fit wasn’t my cup of tea. The earpieces didn’t form a tight seal in my ears which in turn led to poor noise isolation. As a result, I could hear my colleagues chatter away when I was playing games on my phone and struggled to grasp the in-game sounds. Moreover, I was always worried that the earbuds would slip out of my ears too. 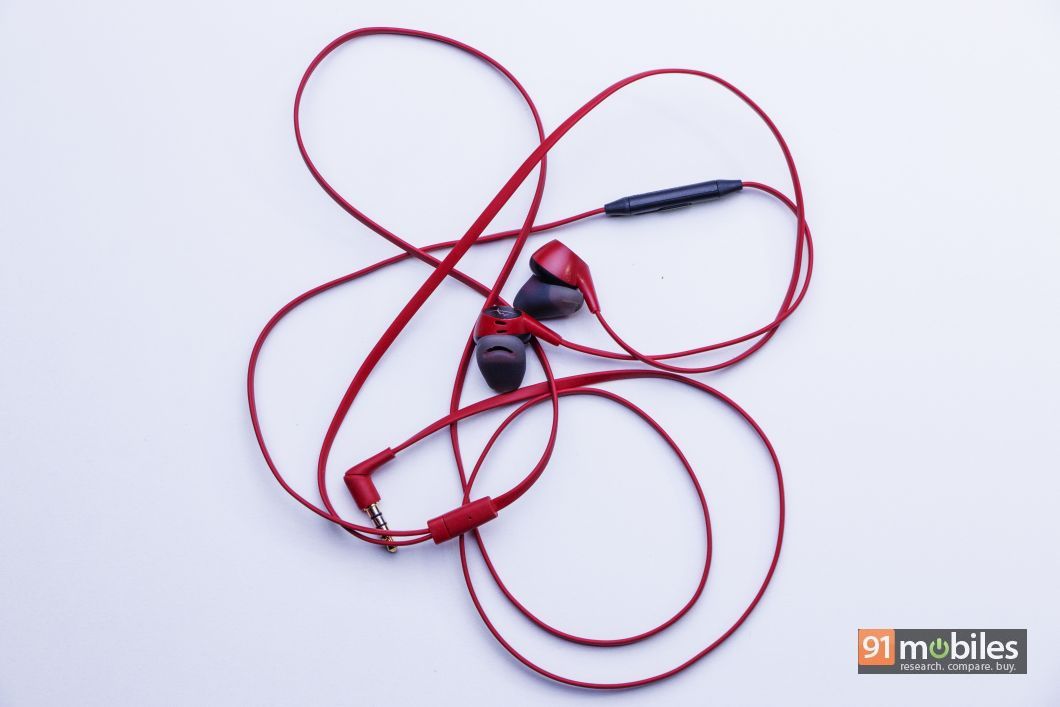 On the bright side, the Cloud Earbuds ship with an in-line microphone which relayed my voice clearly to my teammates. You’ll also get a single, multi-function button on the remote control which can be used to answer calls as well as pause the music playback. 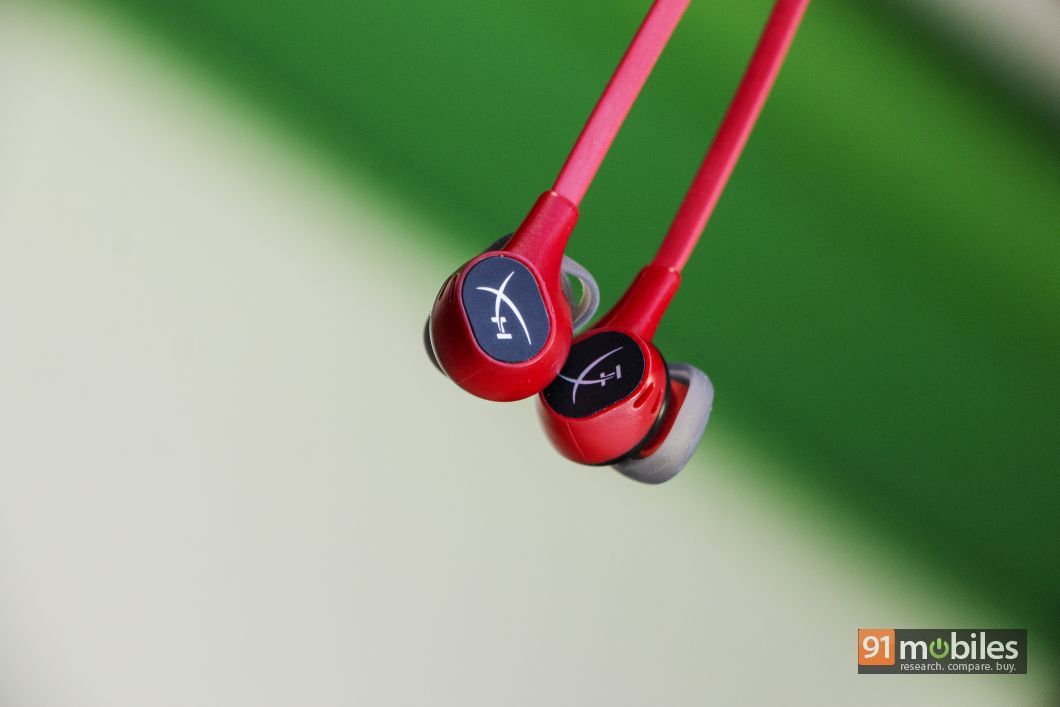 Coming to the meat of the matter, the HyperX Cloud Earbuds ship with a pair of 14mm dynamic drivers positioned inside each earpiece. The headset can operate across a frequency range of 20Hz to 20,000Hz and boast an impedance of 65 ohms. Now, for the uninitiated, headphones with an impedance of over 35 ohms usually require a dedicated amp to drive them. During my stint with the HyperX Cloud Earbuds, I did notice the volume output to be a tad bit louder when I’d paired it with the FiiO BTR1K (review), though such a setup isn’t ideal for gaming on the go. Moreover, that’s an added expense that you’ll need to factor in when you’re buying the headset. 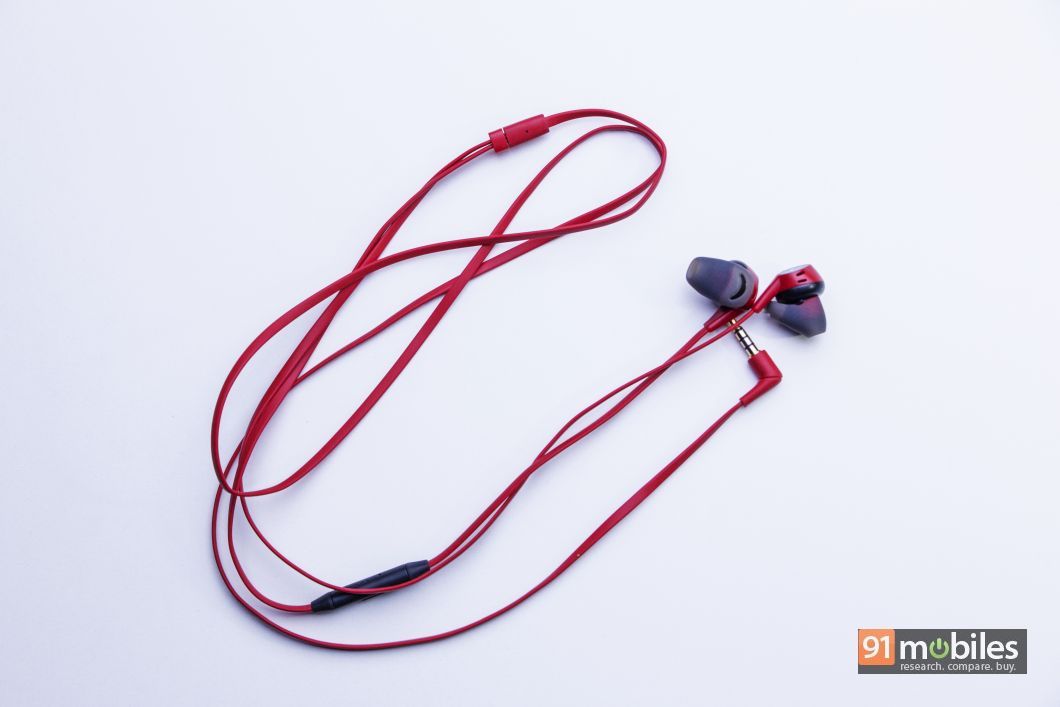 I tested the Cloud Gaming Earbuds with numerous mobile titles like PUBG, Dead Trigger 2 and Asphalt 9. While I could hear the enemy’s footsteps in PUBG clearly, the in-game performance of the Cloud Earbuds wasn’t leagues ahead of say, the OnePlus Bullets Type-C (review) earphones, which retail for significantly less than HyperX’s offering. Moreover, unlike the HyperX Cloud Earbuds, the Bullets Type-C offered a drastically better seal in the ear which paved way for a noise-free gaming experience. And, while I hoped the Cloud Earbuds would offer better spatial awareness than lesser-priced, non-gaming earphones, the same wasn’t the case. 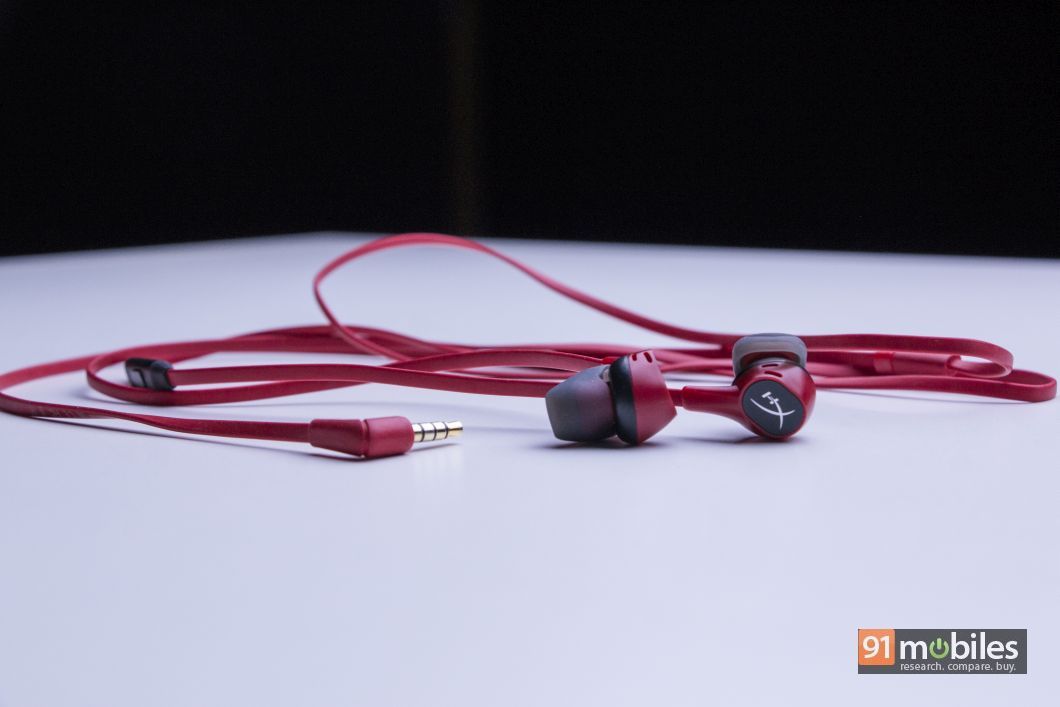 In layman’s terms, I couldn’t pinpoint where a sound was coming from, which is crucial in titles like PUBG where knowing whether an enemy is on the first floor or just behind the door can be the difference between winning and losing. 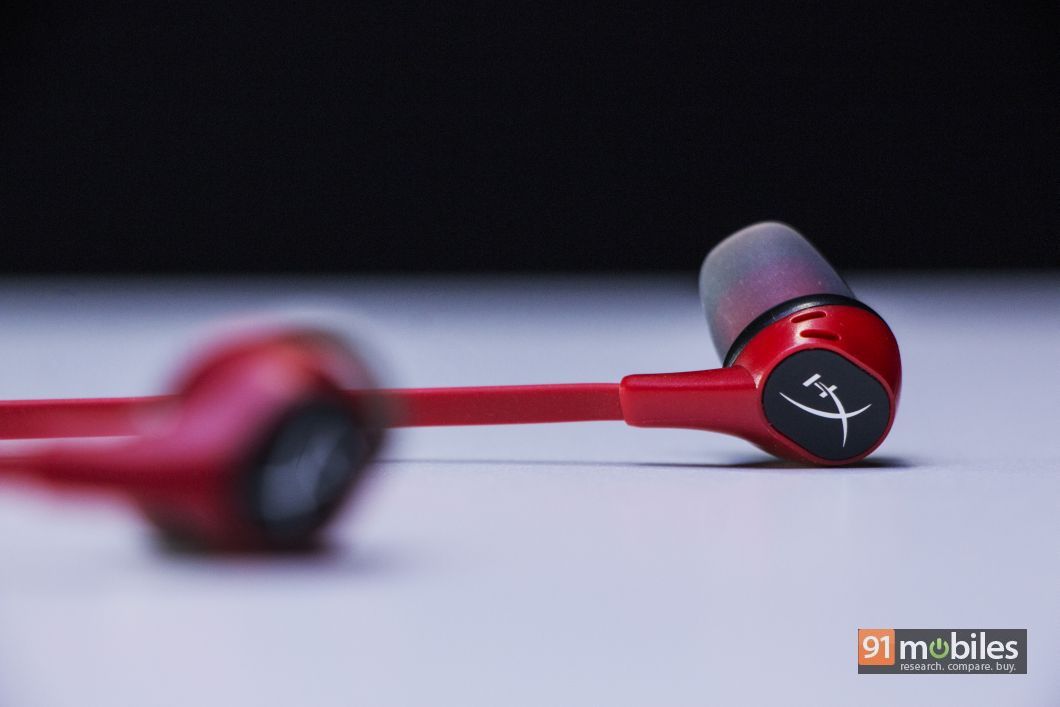 Even though the Cloud Earbuds are designed for gaming, you can, of course, use the pair to listen to music on your phone. The sound quality of the headset is nothing to write home about though, with the bass all but absent in EDM and hip-hop tracks. However, the earphones offer a stellar mid-range which will bring out the best in your favourite singer’s voice. 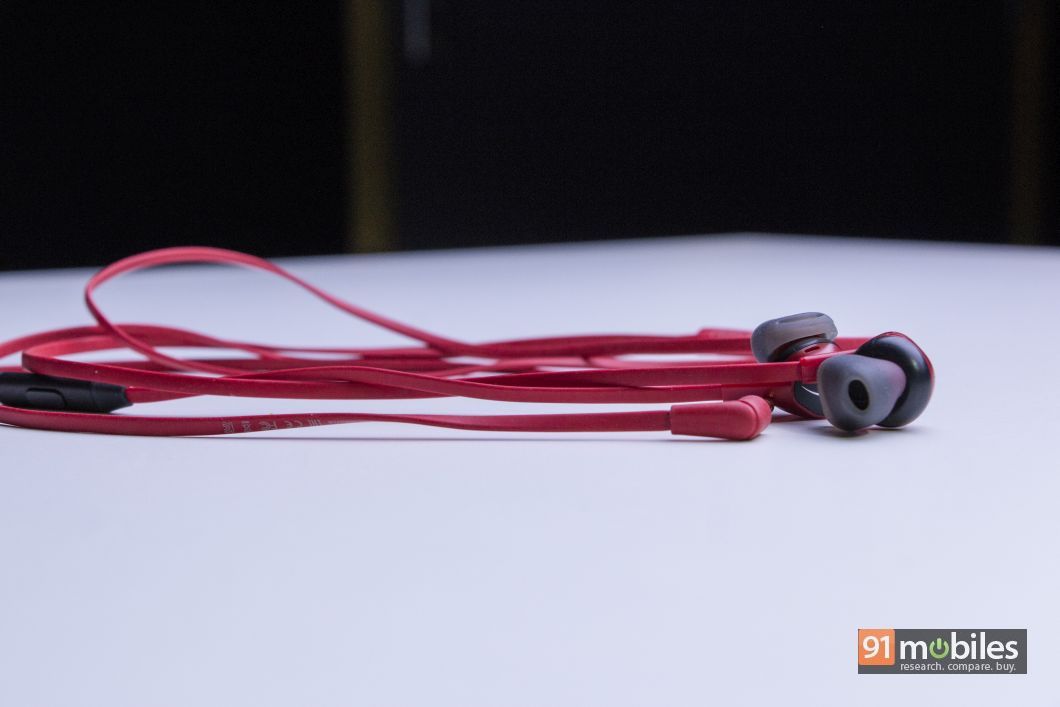 The HyperX Cloud Earbuds carry a price tag of Rs 5,990 (available for ~Rs 4.5k online) and for the price, fail to deliver where it matters the most. The earphones’ gaming performance is about the same as lower-priced models, and they aren’t ideal for listening to music either. Provided the company decides to slash a couple thousand off the headset’s MRP, the earphones could sway buyers to its doorsteps. However, as things stand currently, there are plenty of better-sounding options in the market, even for gamers.