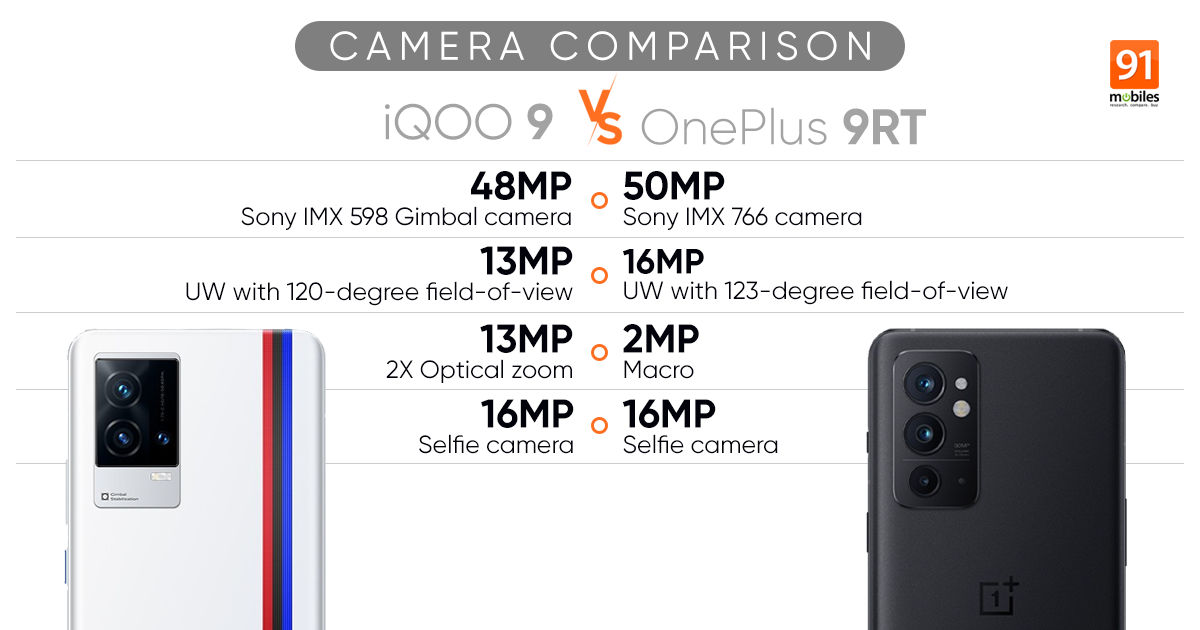 Former Vivo sub-brand iQOO, a relative newcomer in the Indian smartphone industry, has unleashed its latest lineup of flagship smartphones in the form of the iQOO 9 series. With a focus on performance, more specifically mobile gaming, the iQOO brand is yet to make a name for itself in the camera department, despite the fact that some of its recent launches have come across as bonafide all-rounders. The brand has some serious optical hardware being implemented in its devices this time around though. I have with me the iQOO 9 which packs in a triple-camera setup boasting Sony’s 48MP IMX 598 with Gimbal support as its primary sensor. Now seems a good time to pit the iQOO 9 against its closest rival, the OnePlus 9RT (review), which also has a triple-camera housed inside the phone with an IMX766 50MP shooter handling the primary image-taking responsibilities. In this camera comparison, I will focus on still shots from all three lenses of both phones in a variety of lighting conditions. 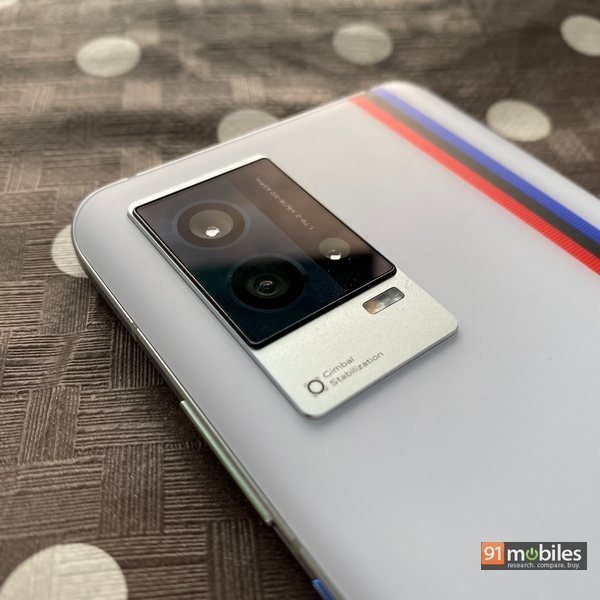 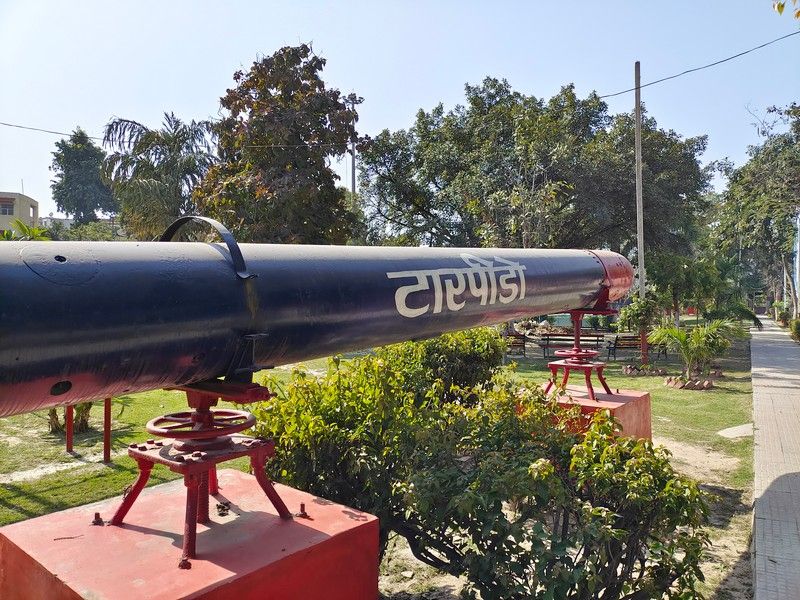 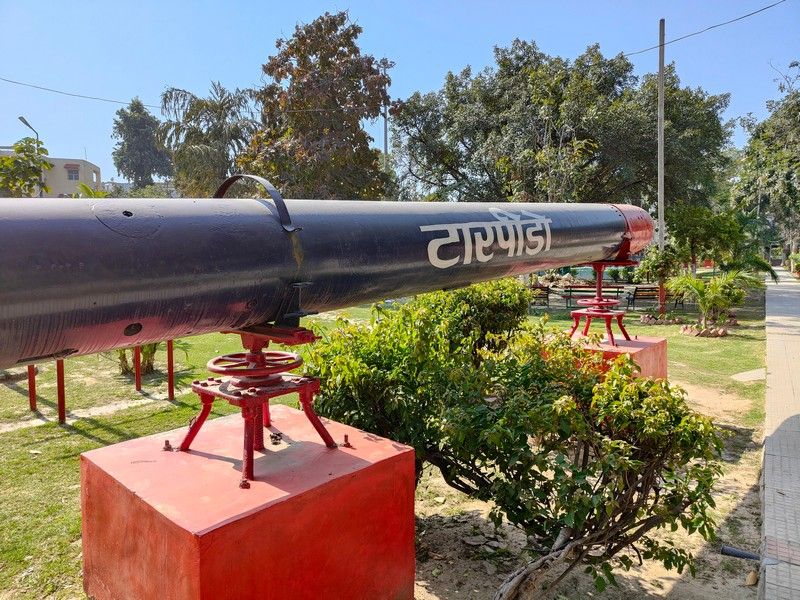 Let’s take regular daylight shots as the first photo for comparison. Thankfully Delhi has blessed me with a clear, bright, and sunny day which allows the sensors on both phones to put their best foot forward. Looking first at the main subject of the shot, a torpedo, iQOO’s image looks to be sharpening the details on the body while in reality there are several cracks and dust spots present, which is something shown amply in the OnePlus shot. Colours are also a bit dull on the iQOO 9 with the two stands on which the torpedo is being propped up showing a dull maroonish shade of red. This is in contrast to the OnePlus 9RT which keeps the original shade of bright red. You can also spot that the iQOO 9 does not have the best dynamic range which is apparent when you see the sky being devoid of the blue tinge that can be easily spotted on the OnePlus 9RT shot. The overall photo from the iQOO 9 looks slightly washed out and shows more overprocessing than necessary, while the OnePlus 9RT has a touch of vibrancy that gives its image a more appealing look. This round is won by the OnePlus 9RT. 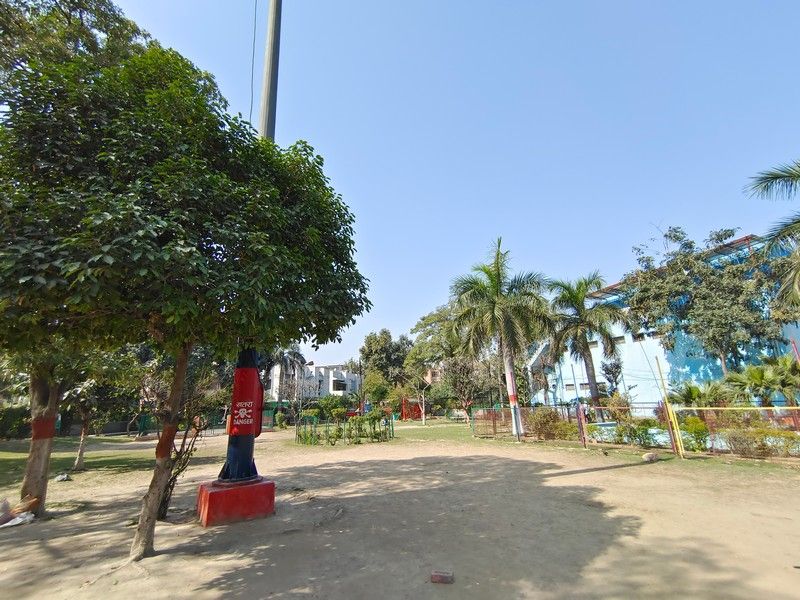 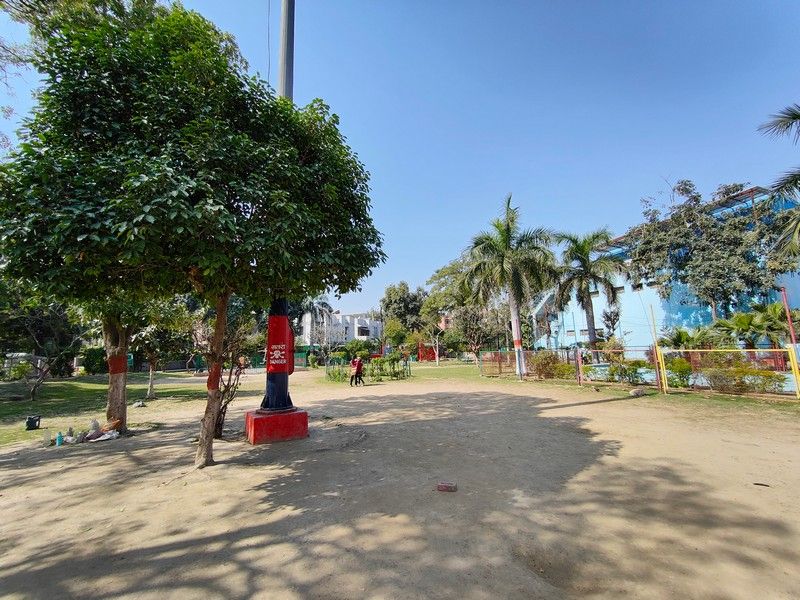 The ultra-wide camera on the iQOO 9 is a 13MP shooter with 120-degree field-of-view while the OnePlus 9RT features a 16MP sensor with a slightly wider 123-degree FoV. Again I saw similar issues on the shots captured by the iQOO 9, with the ultra-wide image lacking proper colours and having a rather average dynamic range. Not only is the OnePlus 9RT getting more in the frame but also has a much wider colour palette which is evident from the dark green foliage of the trees in the shot. It also appears that OnePlus is gathering sharper details than its iQOO counterpart when looking at the dirt in the ground and the sharpness of the leaves. The sky is a lot bluer and the danger sign’s red shade is much more true to life with the OnePlus 9RT. This round also goes to the OnePlus 9RT. 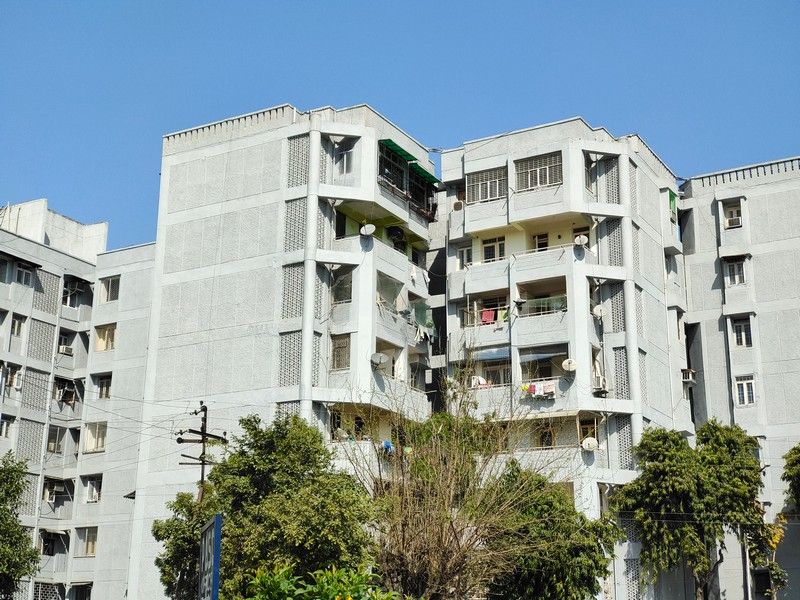 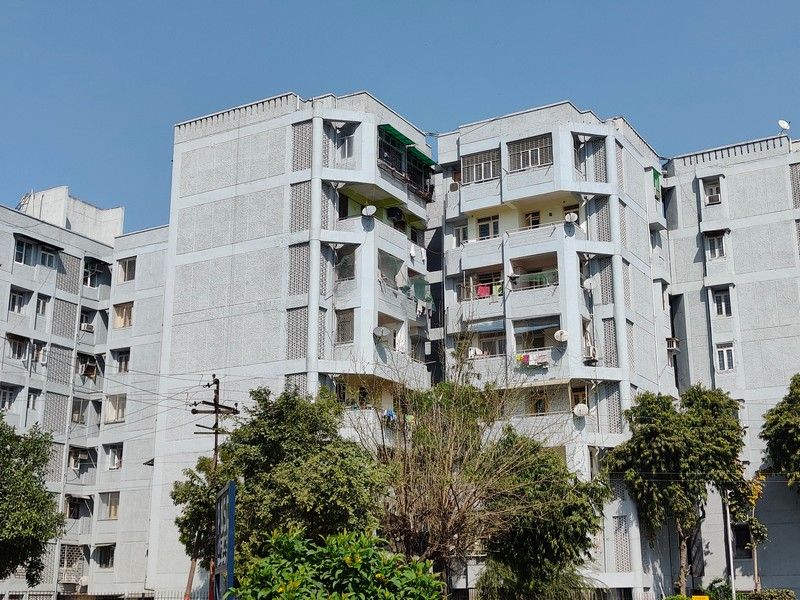 Here I expected the iQOO 9 to tip the scales in its favour considering it has a dedicated 13MP depth camera that can also do 2X optical zoom while the OnePlus 9RT crops into the primary shooter for 2X digital zoom. Even so, the detailing on the building is a tad sharper on the OnePlus 9RT than it is on the iQOO 9. However, this time it is iQOO’s turn to churn out brighter colours and a wider dynamic range but not by a very large degree. In the overall scheme of things, this round can be called a draw although I do prefer the look on iQOO 9’s 2X telephoto image. 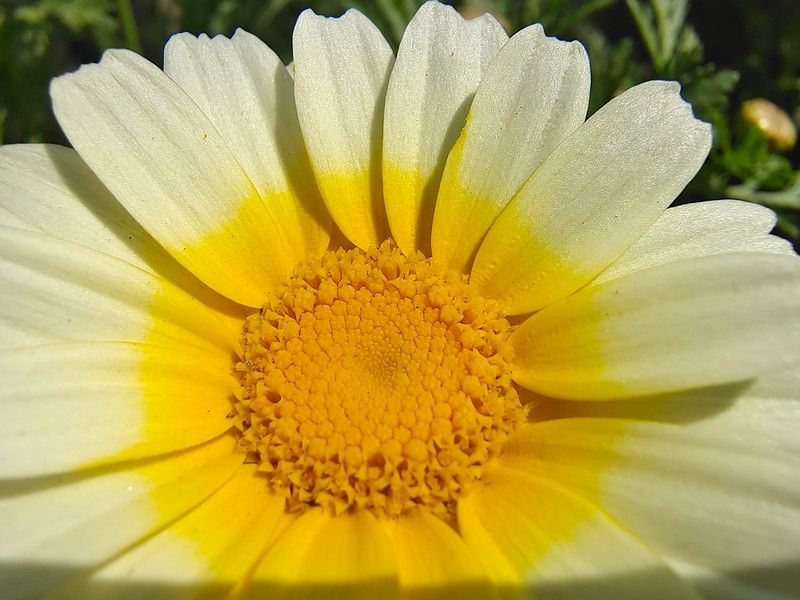 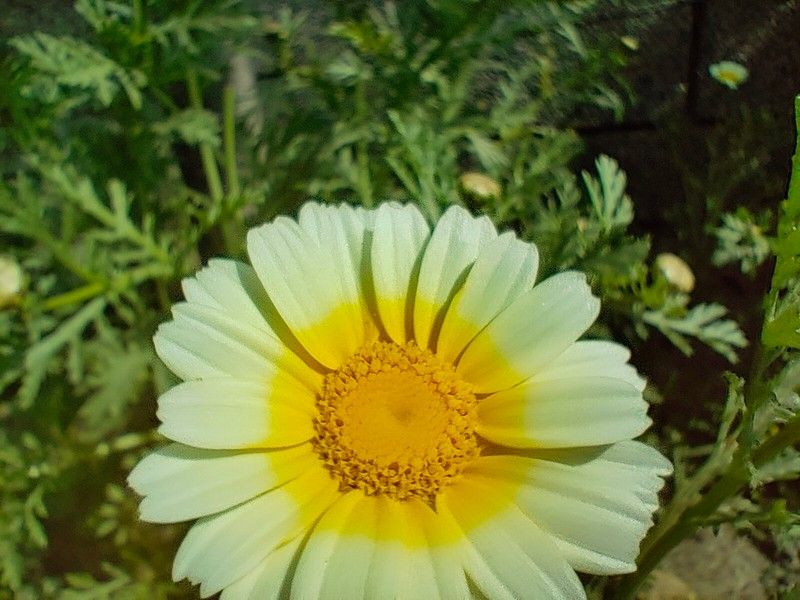 There was little doubt in my mind that the iQOO 9 was going to win this round and I was not disappointed. For one, the iQOO phone is able to get much closer to the subject than the OnePlus contender, 2.5 cm as compared to 4cm to be precise. However, the most important part is that the iQOO 9 uses the ultra-wide sensor to click macro images which are of higher resolution than the paltry 2MP dedicated sensor on the OnePlus 9RT. The resulting image from both the phones is clear to crown the winner. The iQOO 9 gets the right colours, detailing and sharpness while the OnePlus 9RT is behind in all these categories. The winner is iQOO 9. 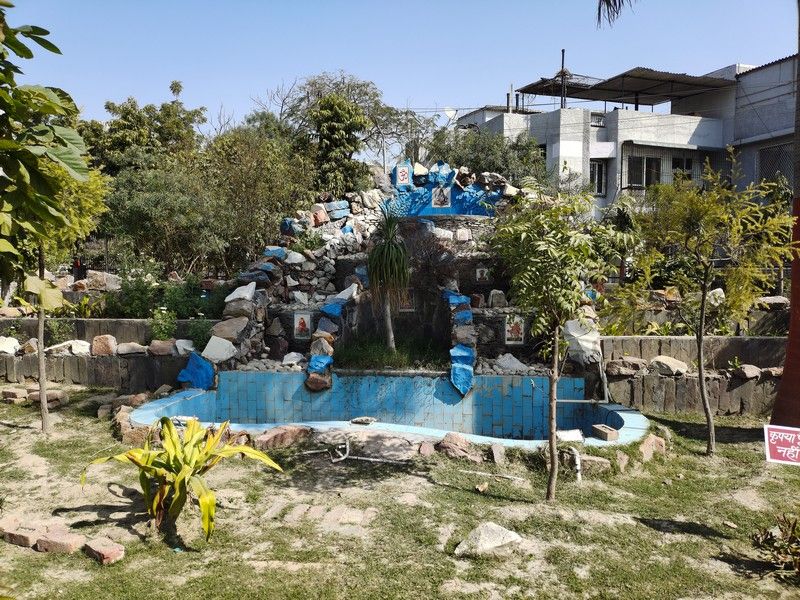 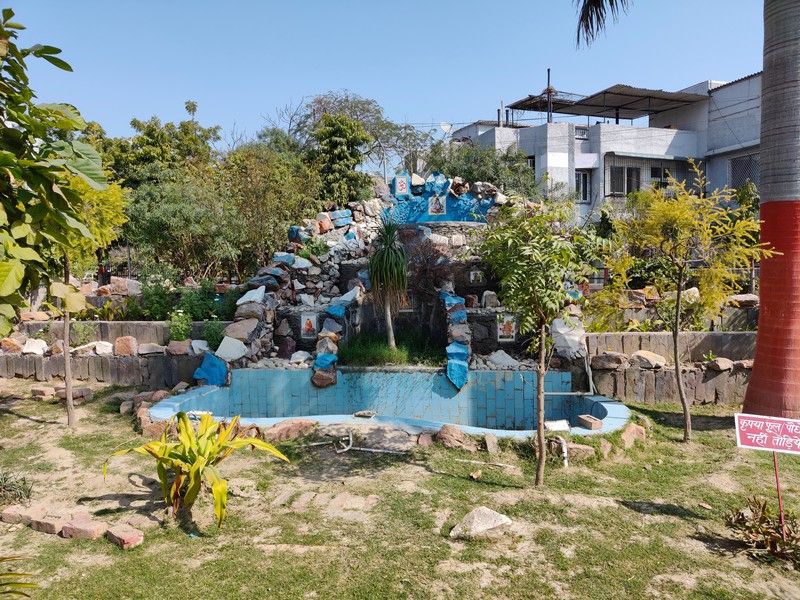 While the iQOO 9 takes pixel-binned 12MP shots, you can turn on the UHD mode for full-resolution 48MP images and the same is true for the 50MP sensor on the OnePlus 9RT. Without cropping in too much, there is negligible difference between the iQOO and OnePlus 9RT shots other than the fact that the latter technically does have better colours. However, at a 50X zoom, the iQOO gets the benefit of better detailing as compared to the OnePlus 9RT but not by much. This round can be considered a draw in my book. 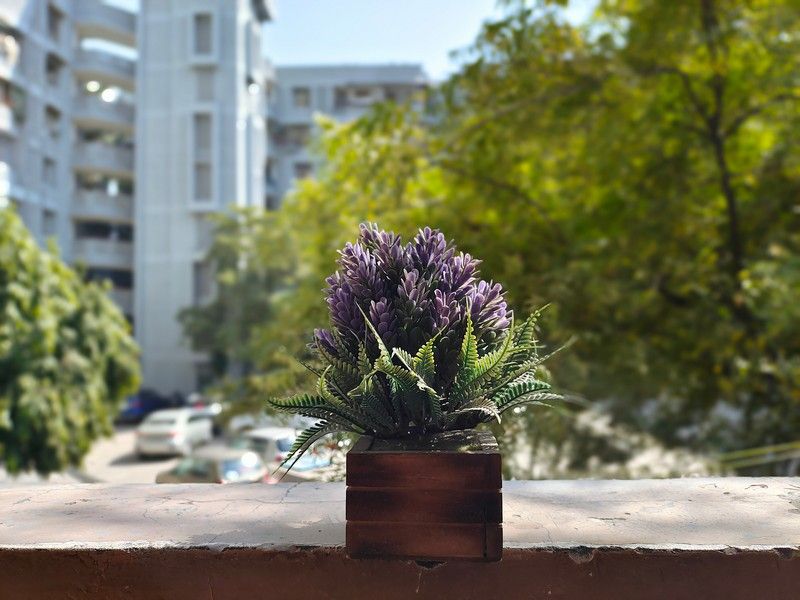 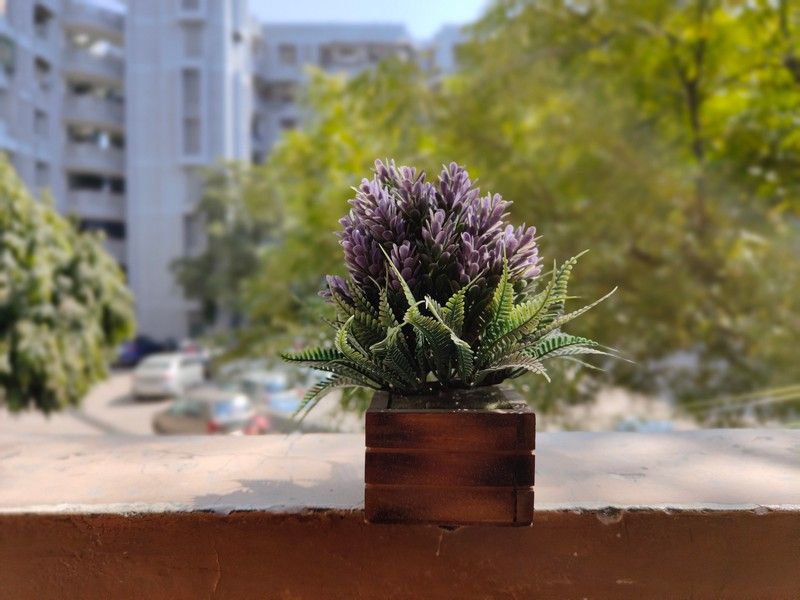 From the portrait shots taken by both phones, picking a winner is slightly hard. Edge detection on the devices around the petals and leaves is flawless, but the subject is more clearly in focus with the iQOO 9. Also, the background blur on the iQOO is easier on the eye than that of the OnePlus. This one goes to the iQOO 9. 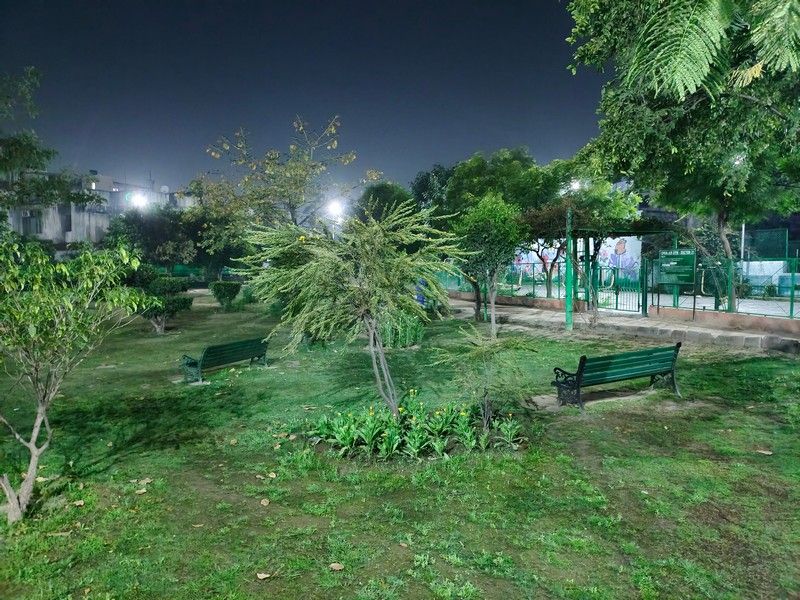 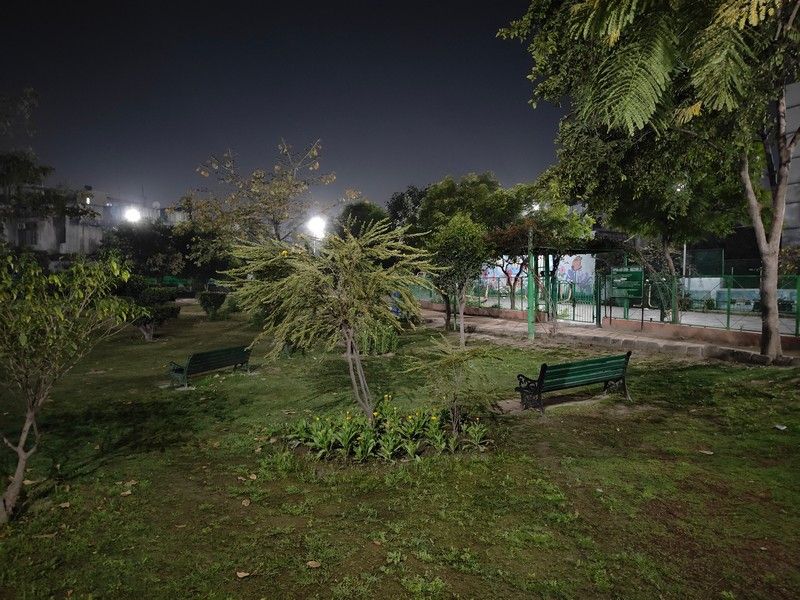 At night, there is a visible difference in the way the iQOO 9 processes colours as compared to the OnePlus 9RT. I made doubly sure that no AI-based scene optimisation is present while taking the photos. On the iQOO 9, it almost appears that there is a filter that oversaturates each aspect of the shot and makes it less appealing than the more natural tones on the OnePlus 9RT. Exposure is also a key area where the iQOO 9 misses a step, with the street lamps’ glare not being controlled and seeping into the night sky changing its colour. As far as the sharpness of the details and shadows are concerned, both phones do just fine. However, this round clearly belongs to the OnePlus 9RT for its more natural-looking shot. 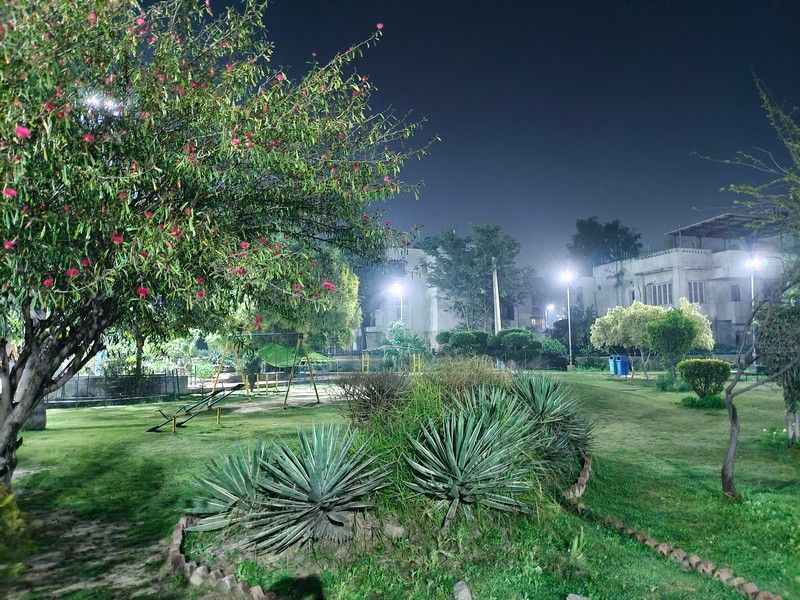 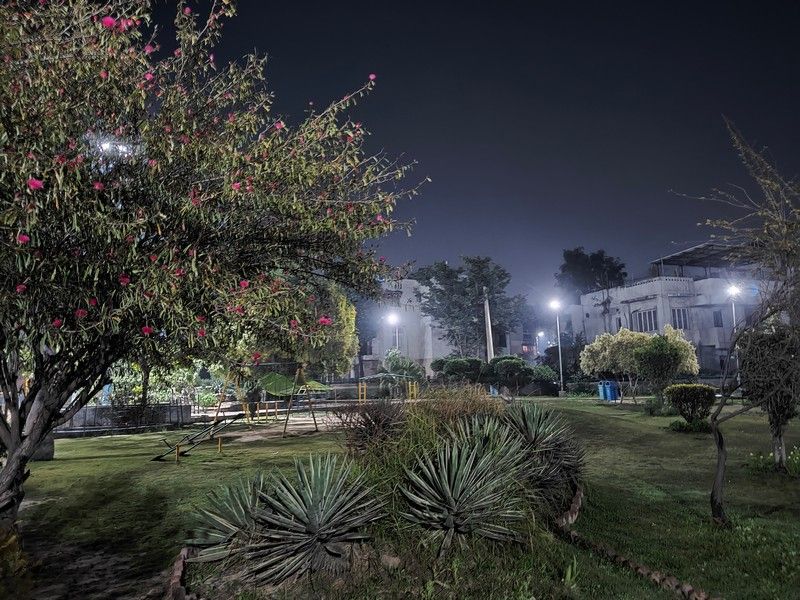 A similar story becomes clear when using the dedicated Night mode with the colours going highly oversaturated but this time around the iQOO 9 grabs more details. Looking at the tree branches on the right side of the frame, the OnePlus 9RT has not exposed the highlights and shadows as well as the iQOO 9. However, the former does keep the lighting from the lamps in check as opposed to how iQOO treats the scene. Neither of the phones introduces any kind of noise in the shot which is always nice to see. This round goes to the OnePlus 9RT. 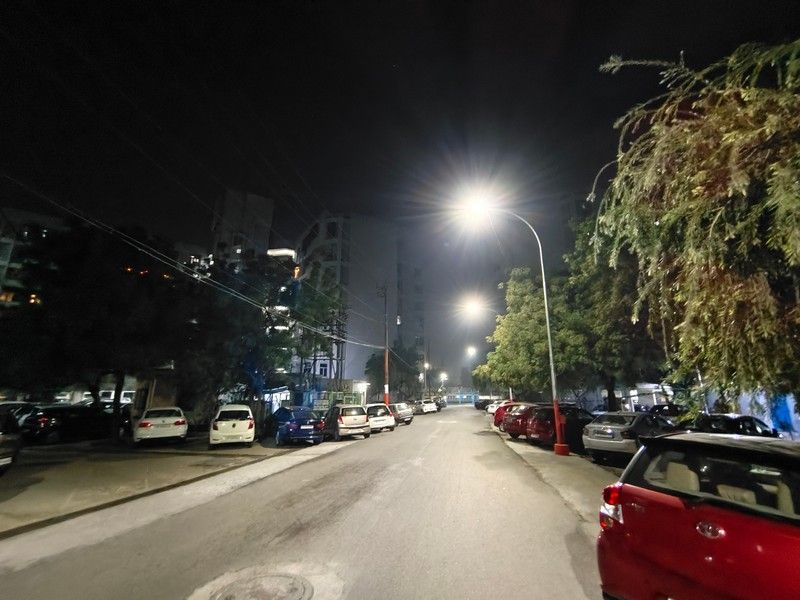 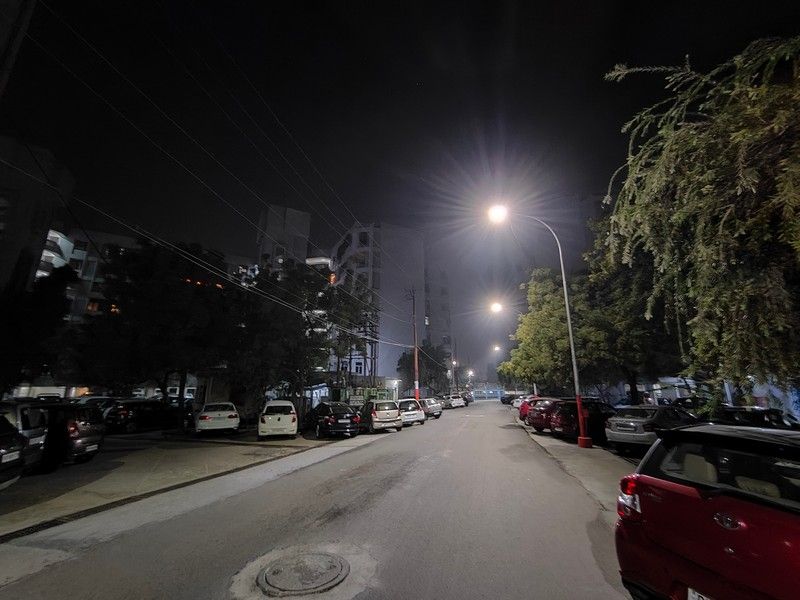 It is important to point out that neither phone is adept with the ultra-wide sensor in low lighting. There’s a ton of overprocessing visible and the detailing in the frame isn’t impressive. Without the assisted lighting from the lamps above, I doubt either phone could pull off a respectable shot. However, solely on the basis of how OnePlus 9RT controls the exposure, I would give this round to the OnePlus 9RT. 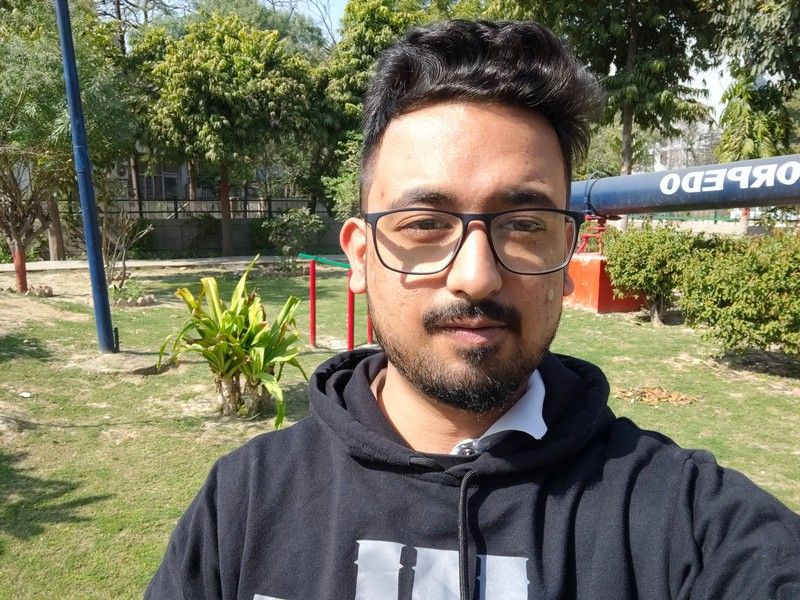 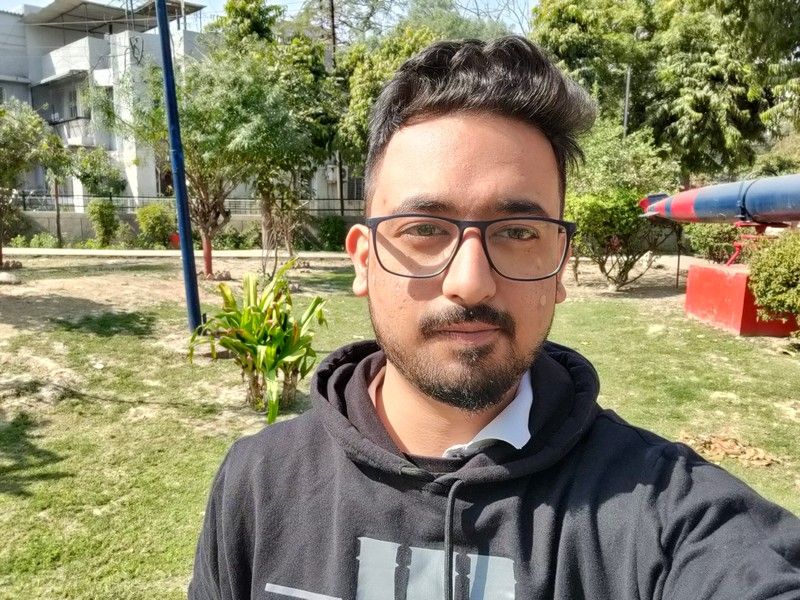 Both the iQOO 9 and OnePlus 9RT come with 16MP selfie cameras. I took some daylight selfies and came to the conclusion that neither device is bad. In fact, images from both the front-facing cameras turned out to be much better than I was expecting. I did see that the iQOO 9 exposed the background behind my face better but the skin tones on the OnePlus 9RT looked more realistic. This round is a tie as well.

The OnePlus 9RT wins in all the major categories of concern such as daylight shots and low-light scenarios. The iQOO 9 is definitely more adept at taking macro shots and has a slightly better portrait This isn’t a detailed review of the iQOO 9 of course, but only a testament to how I perceived the phone’s camera capabilities. The device does seem quite performance-oriented with features tuned to accommodate the rising tide of mobile gamers, and do keep an eye for the full review to see how it fares overall.