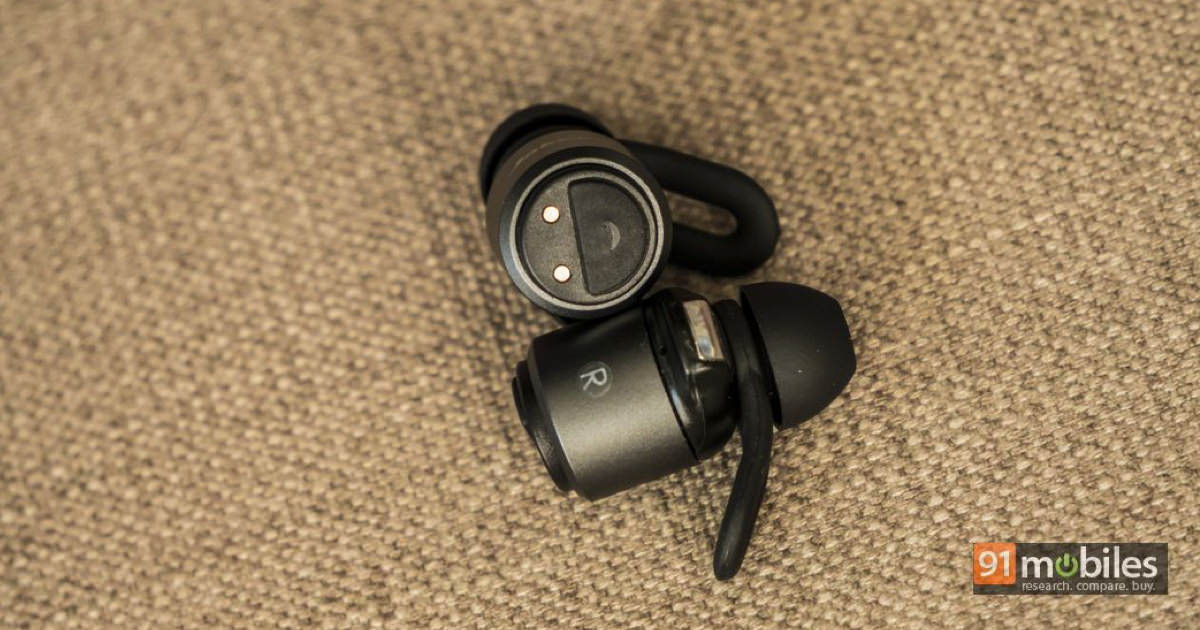 Wireless earphones have been in the market for some time now and with an increasing number of smartphone manufacturers cutting their ties with the headphone jack, have grown immensely in popularity. However, there’s just one problem – most of the earphones which have been dubbed wireless aren’t void of wires completely. There is still a wire in place which connects the left channel to the right so that sound can simultaneously be transmitted to both the ear pieces and create a stereo effect. If you’ve got an OCD towards dangling wires, then the thought of investing in a pair of truly wireless earphones must have crossed your mind. Apple’s AirPods are a great option, but they cost a pretty penny, and work properly only with iPhones. In fact, there are a lot of cheaper alternatives in the market right now. Case in point, the Jabees BTwins which retail at less than half the price of the AirPods, and are compatible with iPhones as well as Android smartphones. If you’re wondering whether they are a good alternative to Apple’s AirPods, or a good truly wireless earphone in general, then read on. 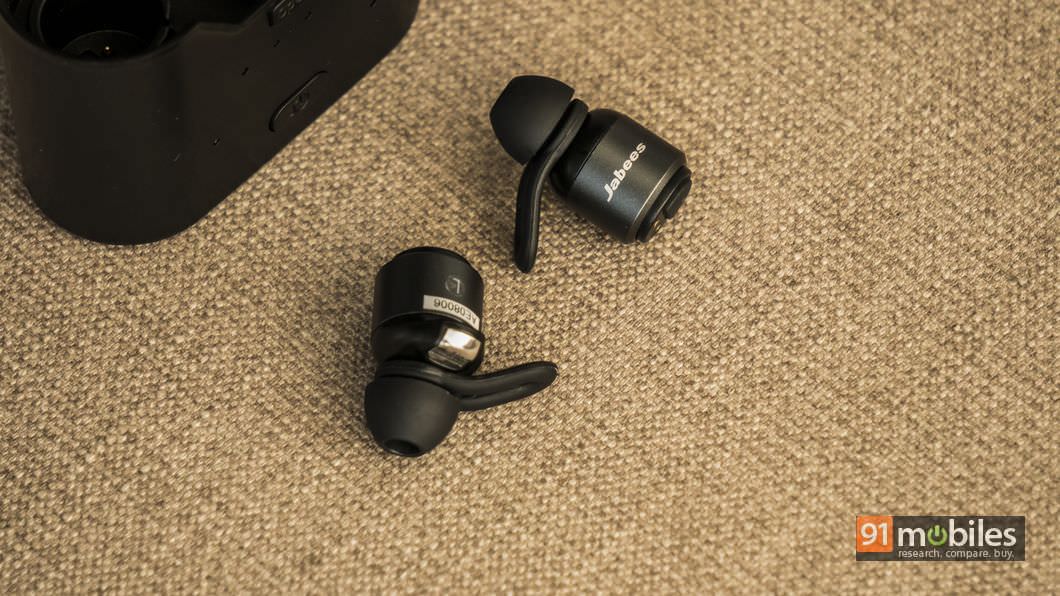 The Jabees BTwins come packaged in a stylish box, opening which buyers will get a charging case, the individual ear pieces themselves, along with a huge assortment of ear tips and wings of different sizes. Unlike some other brands however, the wings which come bundled with the BTwins are attached to the ear buds and therefore, you can’t mix and match between differently-sized wings and ear tips. Moving on, the ear pieces themselves feel rather premium owing to the use of metal in their construction, and come wrapped in an aluminium casing. Mind you, the earpieces are tiny and therefore, it’s easy to drop one and misplace it under a couch or a bed. On the flip side, the BTwins come with IPX4 rating and will outlast even your sweatiest workouts, provided you don’t lose them. Since both individual ear pieces have a Bluetooth receiver and battery embedded inside them, they do feel slightly chunky and protrude outwards as well. Having said that, you won’t look like Frankenstein’s monster wearing the BTwins either.

Towards the underside of the both the ear pieces, buyers will find multifunction buttons which can be used to perform a variety of tasks such as pausing the music, receiving or ending calls and pairing with a compatible smartphone. There’s a two-pin connection at the bottom as well which comes into play whilst charging the earphones.

While I was immensely impressed with the build quality of the BTwins, the charging case which comes with the earphones is rather flimsy. The case itself is made from plastic which doesn’t feel as premium as say, the carrying case for the Airpods. Moreover, the hinge which closes the lid is wobbly too and the connectors for the ear pieces aren’t magnetic either. Therefore, you’ll have to position the ear pieces properly on the connectors inside the case for them to draw a charge, a process which becomes rather irksome once you start using the BTwins on a daily basis. There’s a micro-USB port towards the back of the case which can be used to top up the 450mAh battery housed within. There are two buttons upfront, one to open the case and a power button to charge the earbuds. The case also comes with six LED indicators, four of which indicate the battery level of the case. The other two LEDs are programmed to turn on when the corresponding ear pieces positioned inside the case are charging. 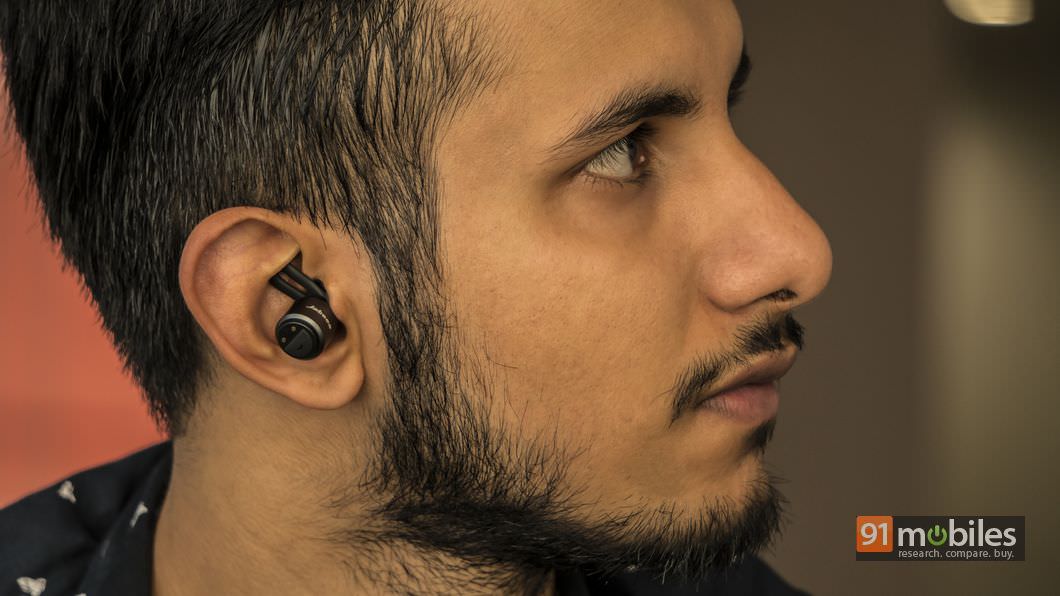 Since the ear pieces on the BTwins aren’t connected to each other via a wire, they must be paired with one another before you can use them with a compatible smartphone. While it might seem like a task on its own, pairing the BTwins is relatively simple – just hold down the multifunction button on both the ear pieces for around 4 seconds until you see the LED turn blue, after which you can pair the BTwins with your smartphone. 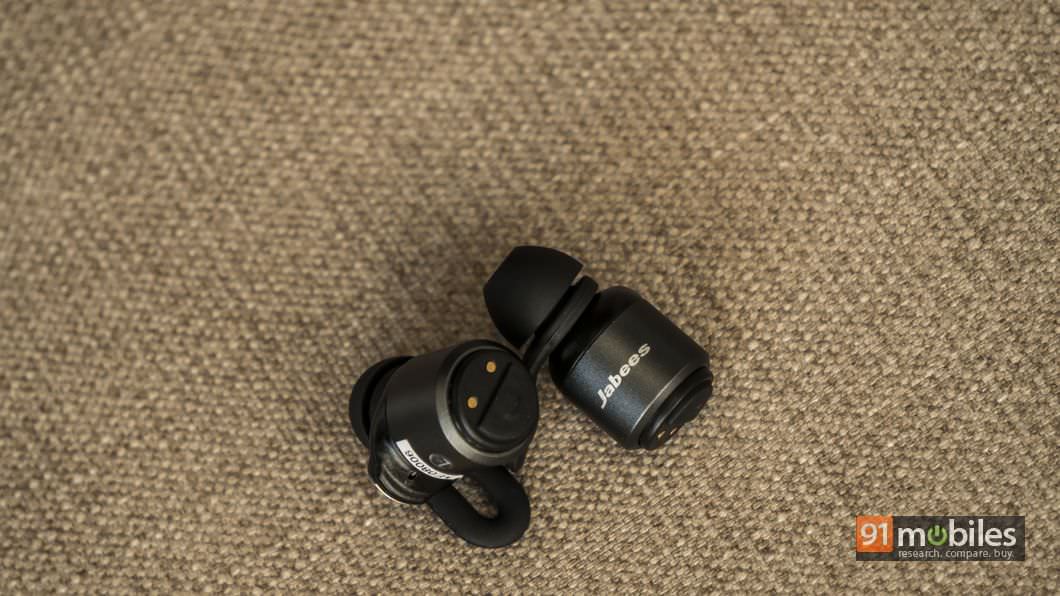 Seeing how chunky the ear pieces were, I wasn’t expecting the BTwins to excel in the comfort department. However, the BTwins surprised me with their ergonomic design and I faced no issues listening to music with the earphone on hours on loop. The BTwins have a snug fit and had a good seal in my ears too, owing to the angular design of the ear tips. Since the human ear canal is naturally angled towards the front, the ear pieces on the BTwins don’t just help the fit, but also with sound isolation and comfort. While you can shake them out of your ears if you choose to do so deliberately, they won’t come out while running or working out. On the flip side, using the multifunction button present on the ear pieces isn’t practical as they press against the ear canal causing discomfort. Therefore, you’ll have to pull out your phone every single time if you want to pause a track or take a call. 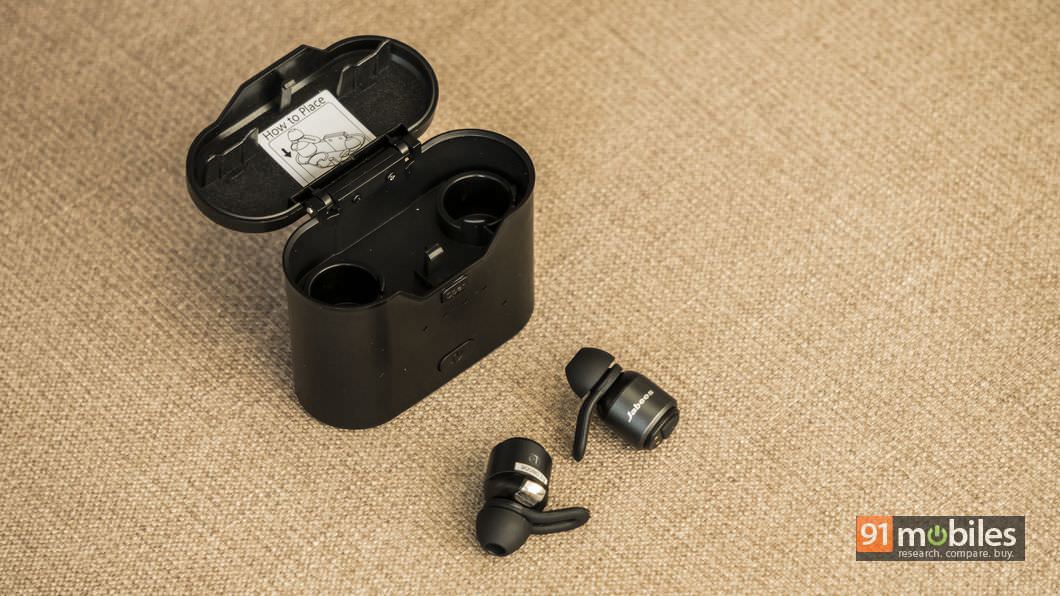 So how do the BTwins sound? Well, to put it simply, the earphones are bass heavy. The drivers inside the individual ear pieces pack a heck of a punch in the low end, giving the required weight and depth to the beats. Seeing how the BTwins are being marketed as sports earbuds, it makes sense for the ear pieces to be tuned to give emphasis to the bass and sub-bass frequencies. The mid-range performance naturally takes a hit but it’s not that bad. In fact, the vocals still sound very clear but you will notice that the ‘thump’ takes precedence over the vocals if you’re listening to music in the EDM/ hip-hop genre. The high-end does feel a bit watered down and at higher volumes, the riffs from say, an electric guitar will distort too. All in all, the earphones are great if you want to listen to Kanye West whiff out an insane rap. However, they might sound a little underwhelming if you are going to listen to rock bands like Foo Fighters. 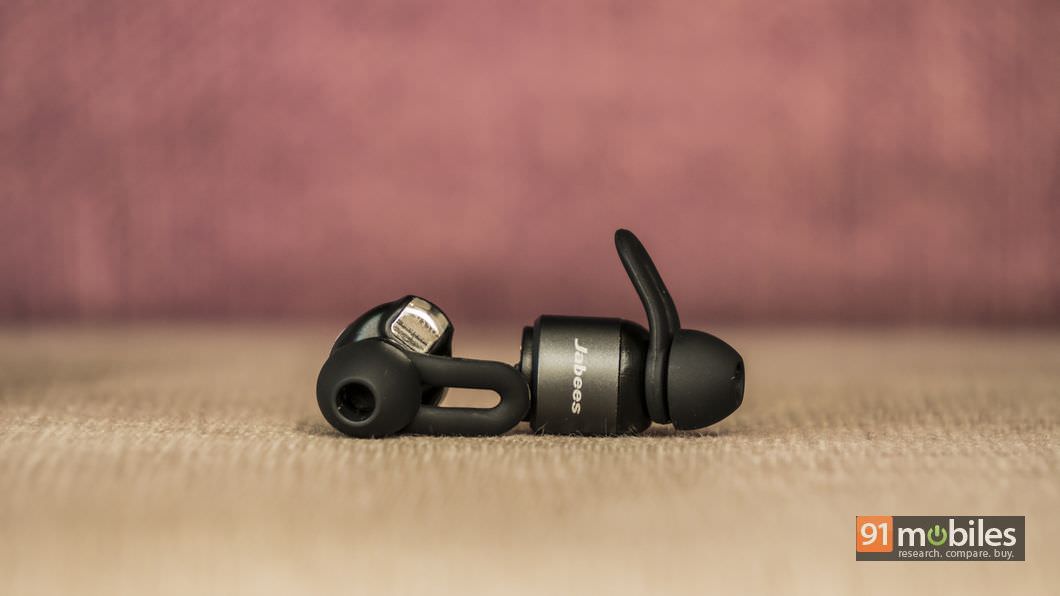 Seeing how the earpieces of the BTwins are connected to one another via Bluetooth, which is in turn used to connect the ear pieces to a smartphone, you’d expect the BTwins to be riddled with connectivity issues. However, nothing could be further from the truth and after using the earphones for over two weeks, I didn’t come across any track-skipping or dropped connections. Moreover, the battery life of the BTwins is as advertised and the ear pieces lasted me a good three hours before eventually running out of charge.

For Rs 8K, the Jabees BTwins aren’t the best sounding Bluetooth earbuds or the most stylish for that matter. However, they are truly wireless and if you don’t want a piece of strap dangling around your neck, then I’d say go for them. The earphones offer decent sound, good build quality, are comfortable to wear and retail for much cheaper than some other truly wireless earphones in the market. However, if you are willing to compromise on the truly wireless aspect, then make sure to check out my review of the EOZ One which retail for the same cost but sound and look much better.

Sound One Bluetooth earphones with detachable earplugs launched in India, priced at Rs 2,990

Best Bluetooth earphones under Rs 5,000 you can buy in India today