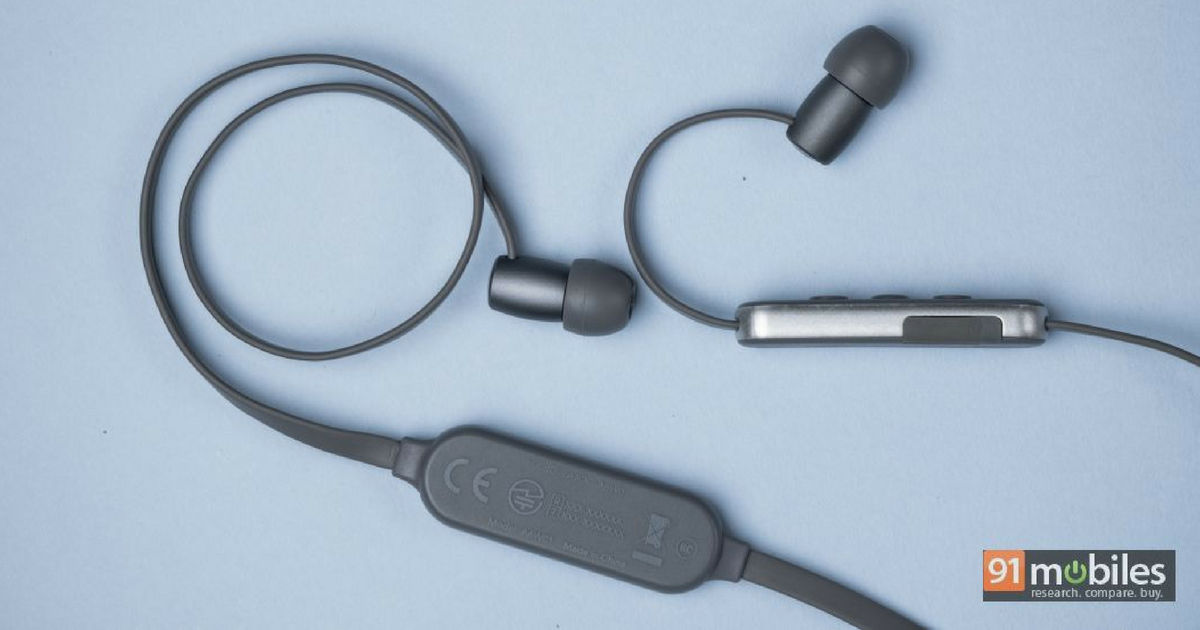 Bluetooth is the future of audio.

I know this doesn’t sit well with audiophiles, but the primary means of listening to music for an average joe is a smartphone. Now, we’re already seeing more and more flagship phones ship without headphone jacks and it’s only a matter of time before this trend slowly starts to seep its way into the affordable and budget range of handsets. This has issued a clarion call to audio manufacturers to introduce Bluetooth offerings in their portfolio. 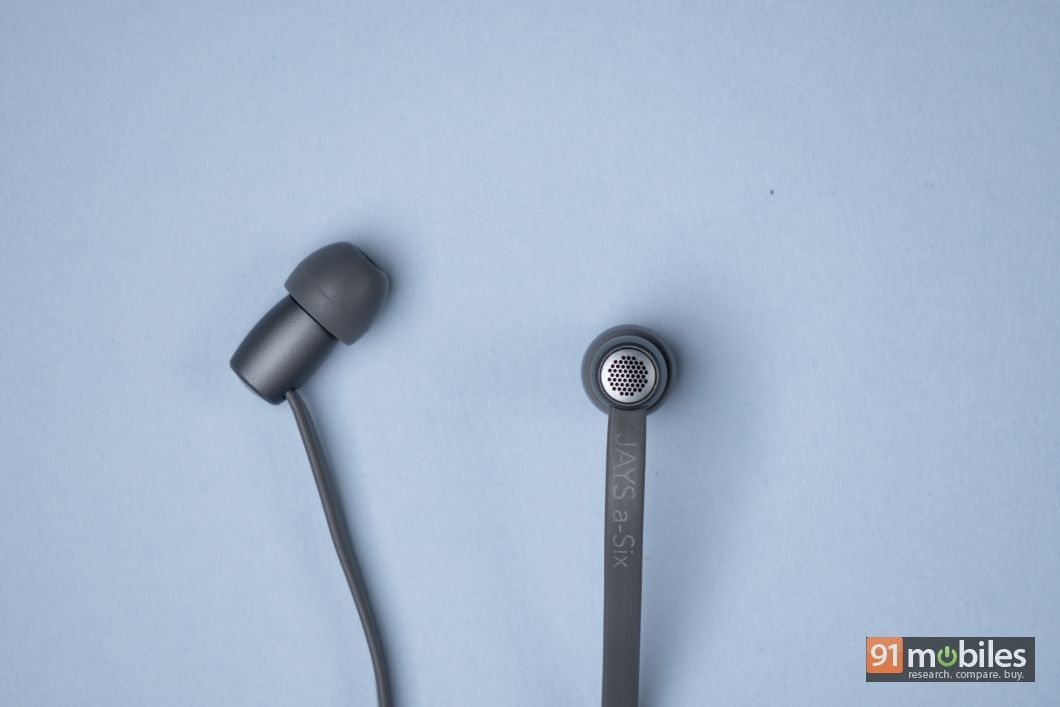 Chinese smartphone manufacturer OnePlus recently unveiled its first pair of Bluetooth headset dubbed the Bullets Wireless (review) and now, Sweden-based Jays has come up with one too. The company calls them the Jays a-Six Wireless and having spent a few weeks with the earphones, here’s what I think of them.

I’ve never been to Sweden but I do watch a lot of PewDiePie on YouTube, and from what I can gather, the Swedes dress really well. Therefore, it comes as no surprise that the products they manufacture are just as stylish. Case in point, the Jays a-Six Wireless, which are of the neckband variety and feature an understated yet classy design. Be it the flat-styled cable with the subtle Jays branding, or the decal plate with laser cut holes at the back of the earpieces (which apparently helps with the bass output too), the Jays a-Six Wireless are earphones with \character. 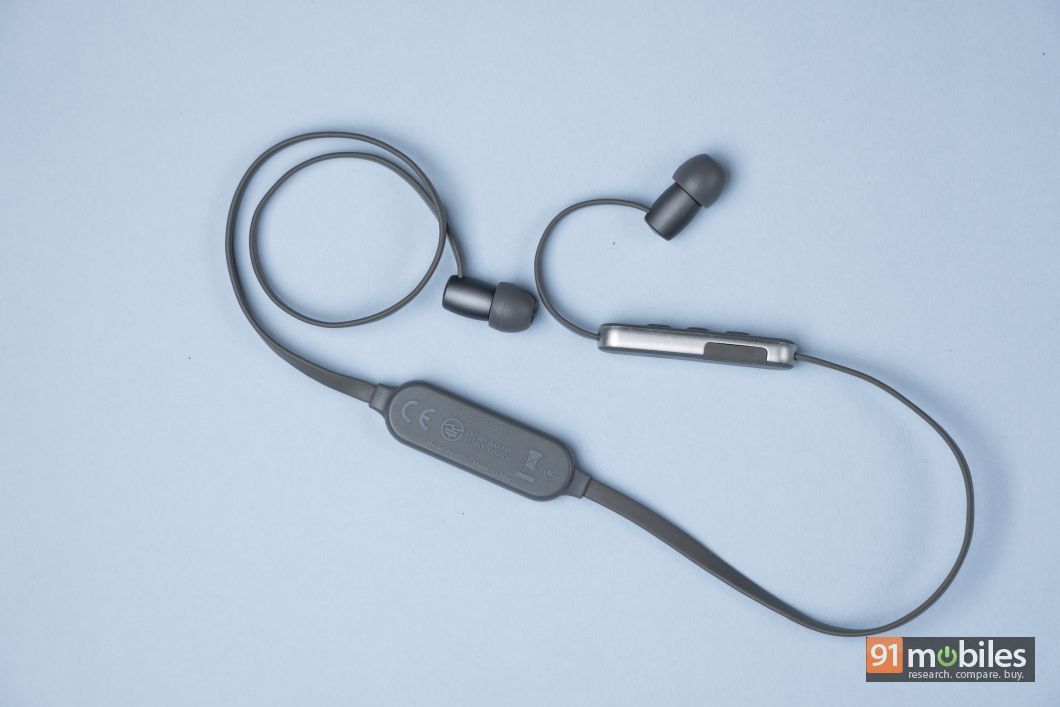 As far as the materials used for construction are concerned, the earphones employ a mix of plastic and metal, which keeps the unit light-weight without sacrificing on the build quality. The outer casing for the individual earpieces has been constructed using aluminium, but you’ll find bits of plastic on the in-line remote control as well as the block which connects the two earpieces together. Speaking of the earpieces, they are quite small but the Velvet EDC’s from Noble (review) still take the cake for the tiniest in-ear headphone I’ve auditioned to date. Regardless, I’ve no doubt that the compact form factor of the Jays a-Six Wireless will be lauded by commuters. 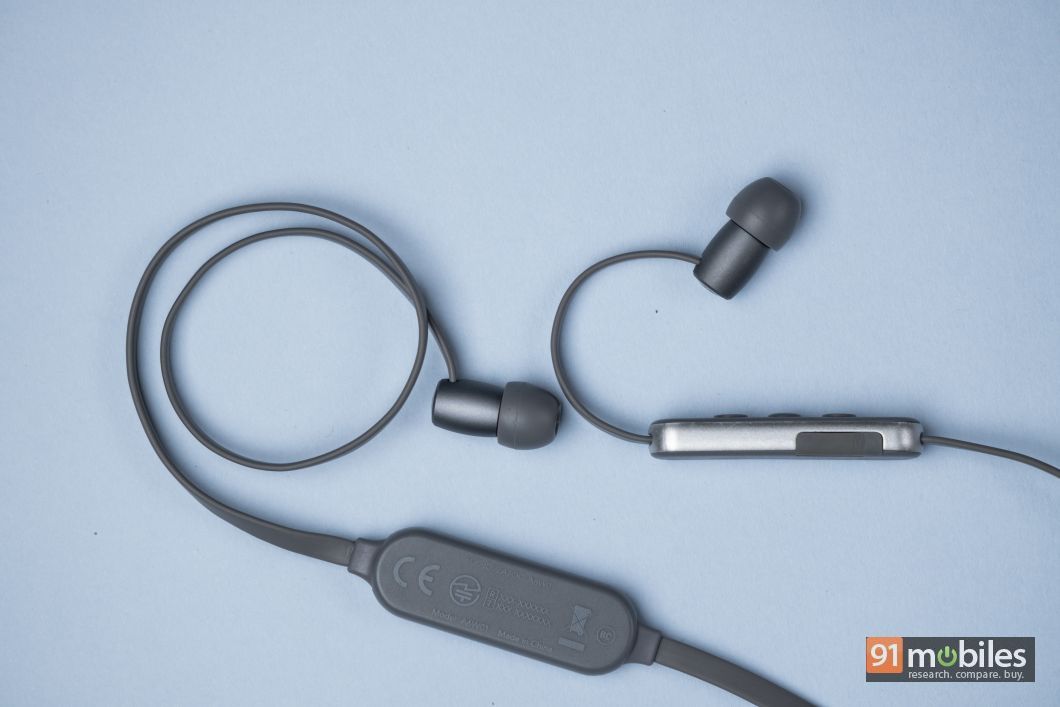 Unfortunately, if you fancy going on runs during rains or sweating it out in the gym, then you’ll have to leave the a-Six Wireless behind as the earphones aren’t impervious to water. This could be a deal-breaker for those who rely on the convenience of using wireless earphones during workouts. On the flip side, you’ll get an in-line remote with the a-Six Wireless which lets you play/pause a song, increase/decrease the volume or switch between tracks. For charging, there’s a covered micro-USB port on the side of the inline remote. 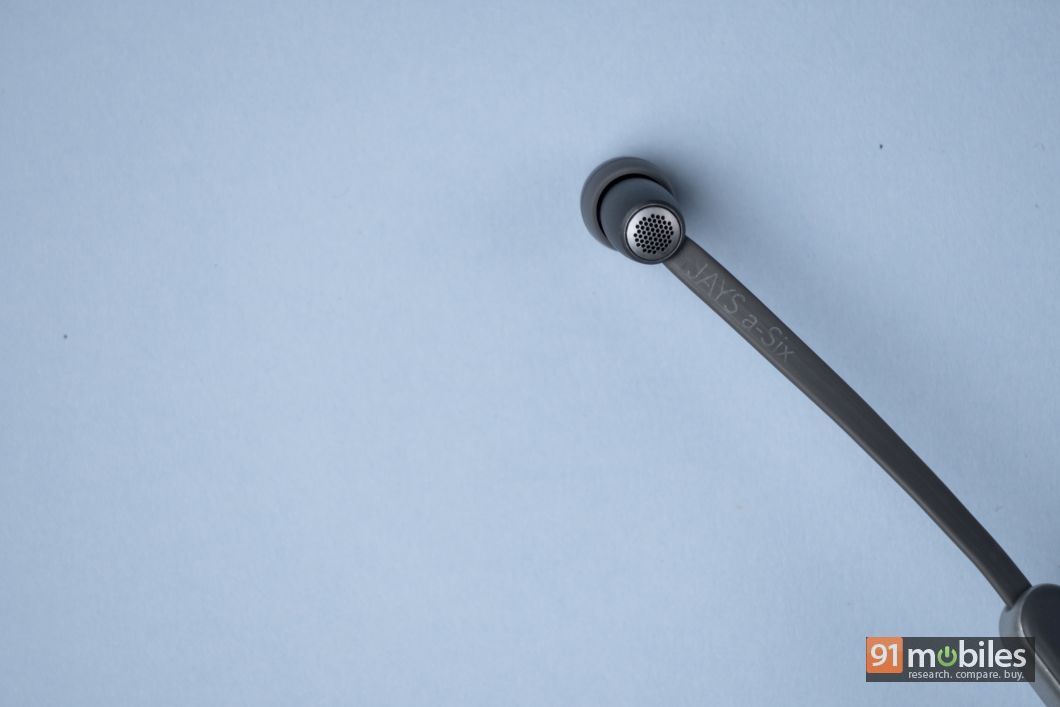 As I mentioned previously, the Jays a-Six Wireless are quite compact and therefore, the earpieces will fit snugly in your ears. Moreover, since the earbuds don’t protrude outwards, you can comfortably lay on one side on the bed too. Unfortunately, the wires were a bit too short for my liking and I didn’t have much wiggle room to move my head. Other than that, I didn’t have any issues with the fit of the Jays a-Six Wireless.

The Jays a-Six Wireless ship with a pair of dynamic drivers inside each ear piece which can operate across a frequency of 20Hz to 20KHz. For the purpose of the review, I was streaming songs from Apple Music at the highest quality and was alternating between the OnePlus 6 (review) and the Apple iPhone 8 (review) as my source. 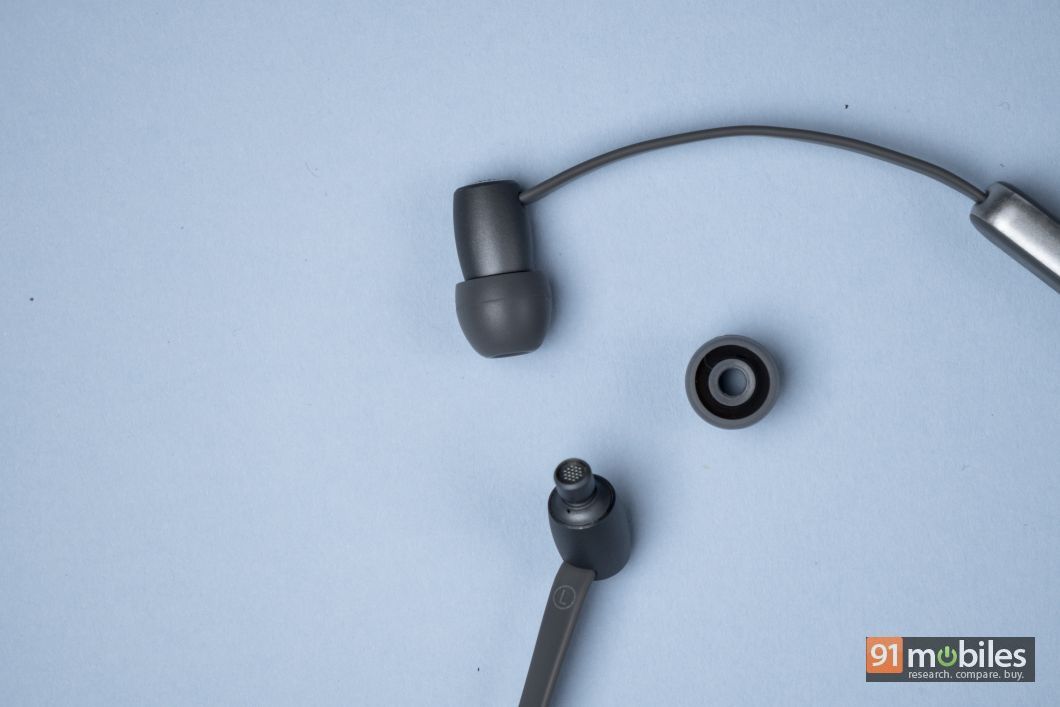 Sound-wise, the earphones offer a bass-forward output which makes listening to songs like Jaira Burns’ Burn Slow and Jain’s Alright an absolute joy. There’s ample amount of bass which has been fine-tuned to sound punchy, not boomy. Now, bear in mind, the bass output isn’t very tight, so you will notice that it eats into other frequencies every so often. But, the effect is not that pronounced and suffice it to say, I was pleasantly surprised with the earphones’ prowess in the low-end, especially when you factor in the a-Six Wireless’ tiny size. 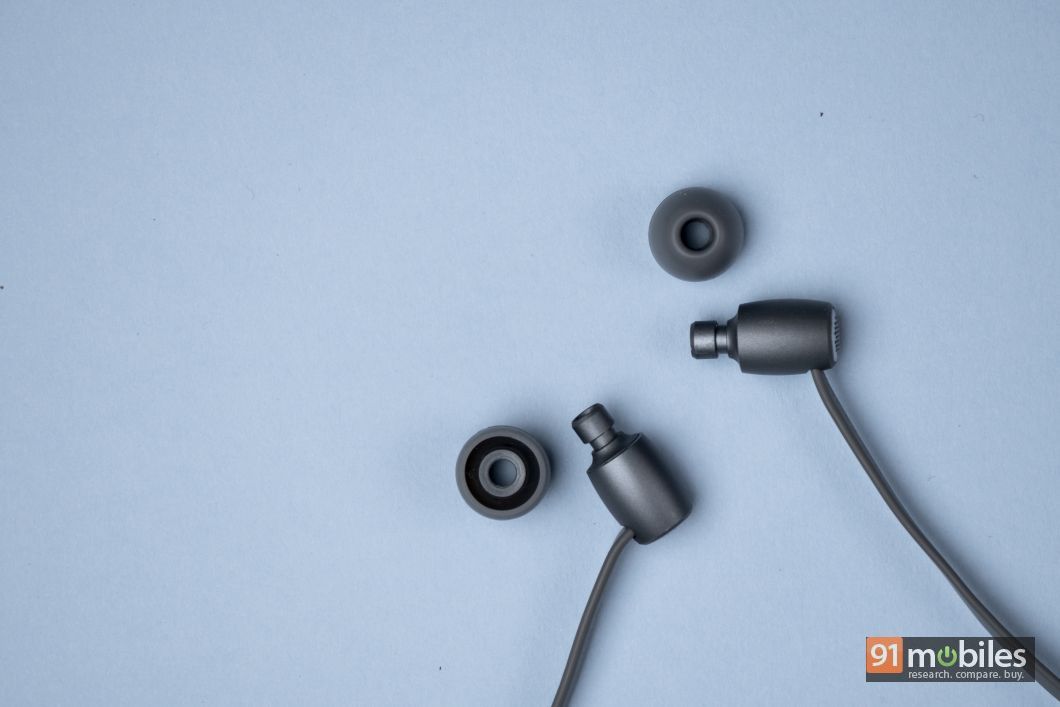 Roll over to mids and you’ll notice that the mids don’t roll over. Jokes aside, the mids are reciprocated beautifully on the Jays a-Six Wireless. The vocals sound lush, have plenty of details and thankfully, the earphones aren’t sibilant either. Unfortunately, the a-Six Wireless’ weakest link is their inability to reciprocate highs, and songs from the rock/metal genre sound downright muddy on the earphones. Therefore, if you wanted to pay homage to your favourite rock artist by listening to their album all night, I’d recommend against using the Jays a-Six Wireless. 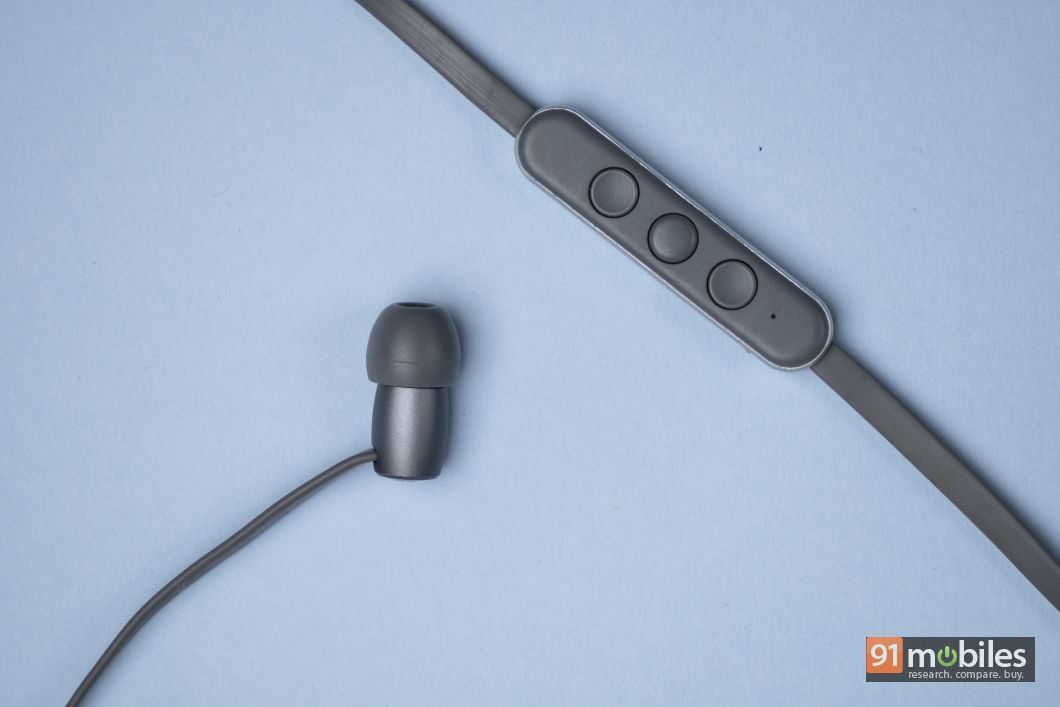 I was honestly expecting the earphones to fall short of the company’s 12-hour battery life claim. However, much to my surprise, I was comfortably able to squeeze out 10 hours of music before draining my unit of the a-Six Wireless completely. If you’re worried about how well the earphones hold the Bluetooth connection, then let me assure you that you will not have any problems in this department either as the earphones maintain a rock-solid connection to the paired device.

Retailing for Rs 5,999, the Jays a-Six Wireless are a pair of fun-sounding earphones and offer a solid battery life of ten hours on a single charge. The earphones offer a stable Bluetooth connection and owing to their compact form factor, are uber portable too. 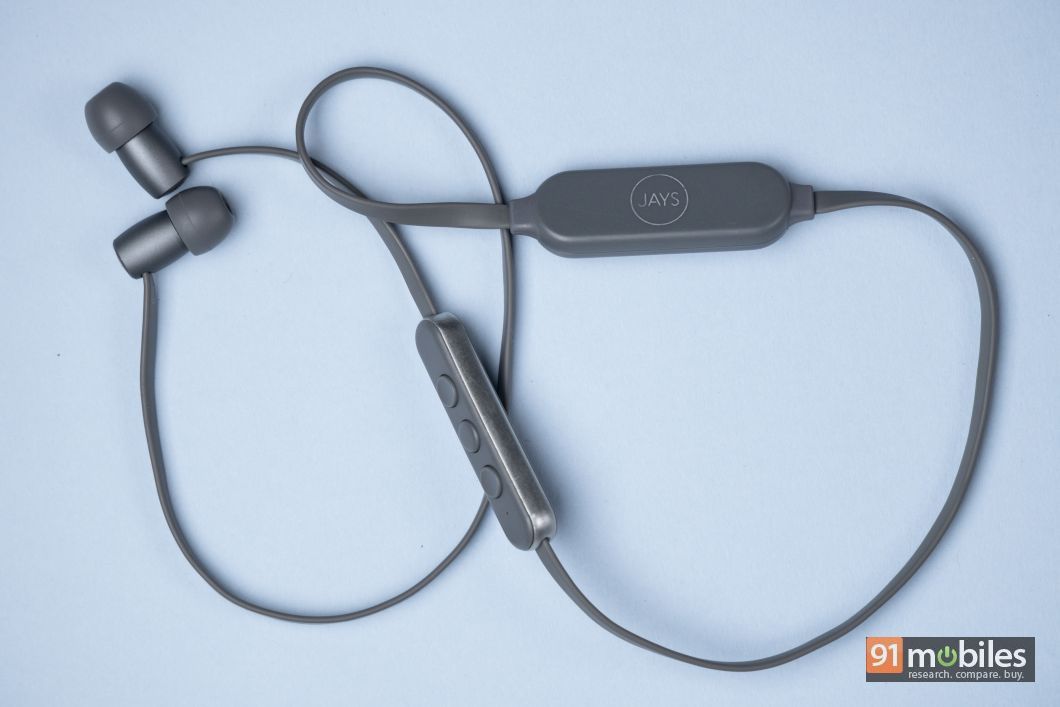 Unfortunately, the lack of any sort of IP certification makes it so that you can’t use the earphones in a gym or during unfavourable weather conditions. If you can live with that trade-off, then the Jays a-Six Wireless will not disappoint you. Otherwise, you should consider picking up the OnePlus Bullets Wireless, provided you can get your hands on a pair.