Apple might have decided to skip on its ‘s’ naming convention this year, but that wasn’t because the iPhone 8 and 8 Plus (first impressions) are a big jump over the 7 and 7 Plus (review). That was left to the iPhone X, which is Apple’s most revolutionary iPhone yet. The iPhone 8 and 8 Plus instead bring incremental updates over last year’s iPhones, along with minor upgrades to design. The iPhone 8 is the most affordable of 2017’s lineup, and is likely to be the go-to choice for buyers in price conscious markets like India. I’ve been using the device as my primary driver for the last two weeks, and here’s the lowdown. 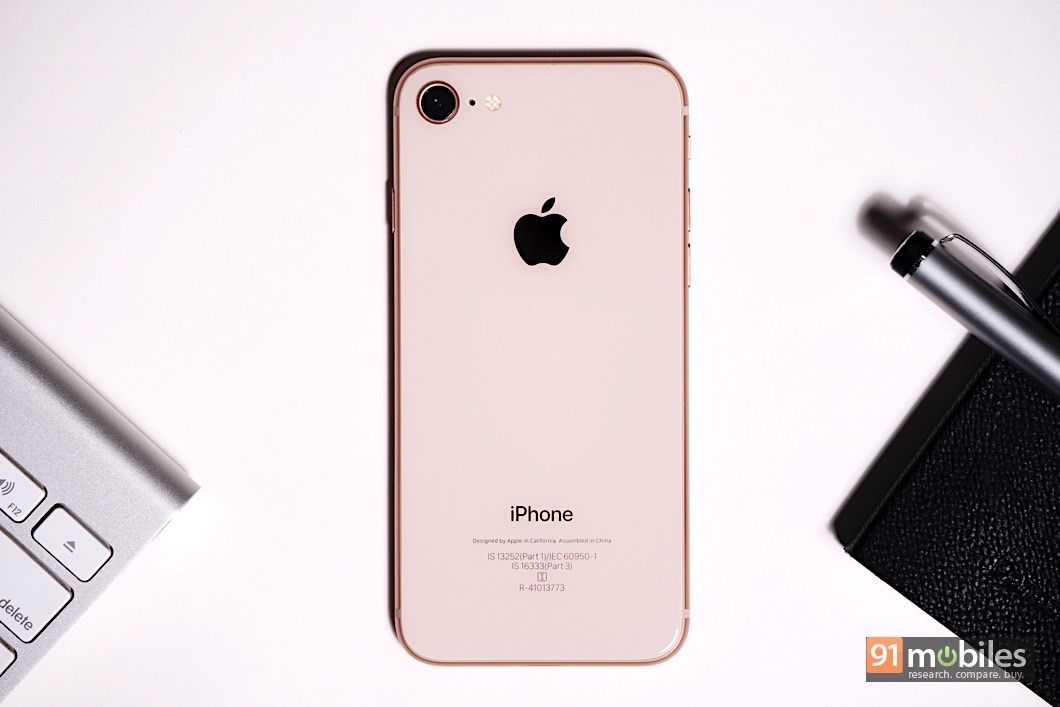 The iPhone 8 is the least exciting device in this year’s iPhone lineup, but for the ‘base’ iPhone of the lot, it’s still a powerful smartphone. It gets the same A11 Bionic chipset as the 8 Plus and X, and dons the new design with a glass back panel and wireless charging capabilities. For users who own anything older than an iPhone 7, the iPhone 8 is a solid upgrade, and one that should tide you through the next couple of years. 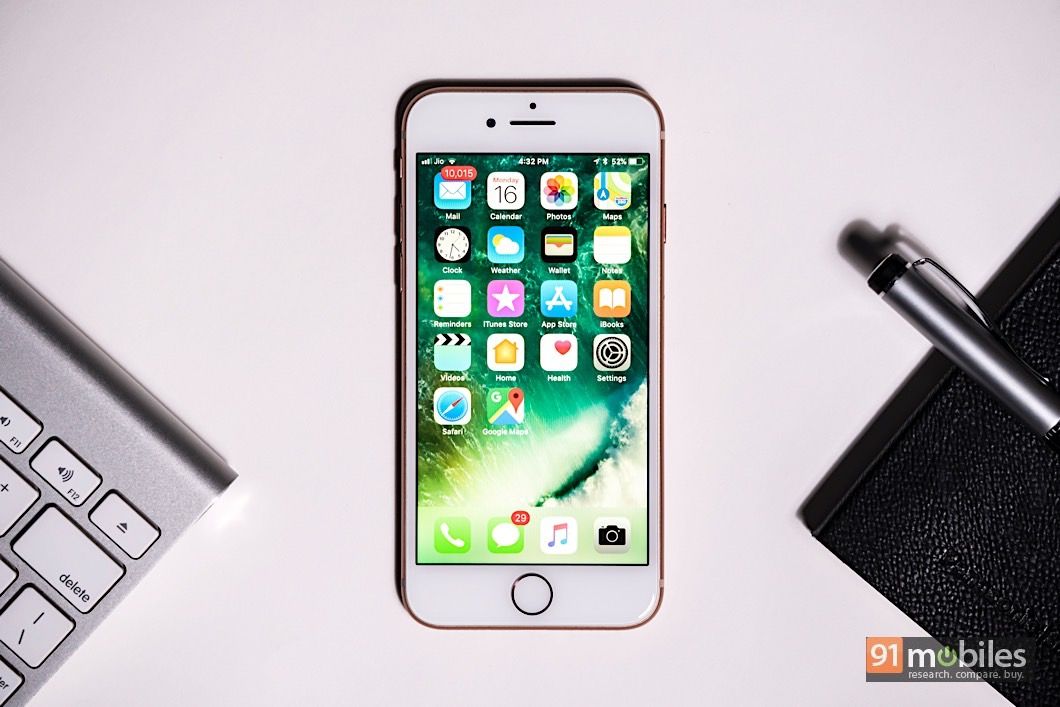 One of the biggest disappointments with the iPhone 8 is the unchanged design. From the front, it’s virtually impossible to distinguish it from the iPhone 6 that was launched back in 2014. After using a slew of bezel-less smartphones this year, the iPhone 8 feels decidedly dated with its chunky bezels on the top and bottom. There are some changes to the rear panel though ­– instead of aluminium, Apple has opted for a glass back – reminiscent of the iPhone 4/4s. This is primarily to enable wireless charging, which is a new feature for iPhones. Of course, you’ll need to purchase a wireless charger separately to use the feature. While the design is nothing to wax eloquent about, the iPhone 8 does feel more solid in the hand compared to the 7. But the slippery back panel warrants a case, especially because you don’t want to risk cracking the glass (even though Apple claims it’s the strongest glass ever used on a smartphone). The iPhone 8 comes in three colours ­– silver, black and a new gold hue which is surprisingly elegant. And before you ask, there’s still no headphone jack, so don’t forget to carry the Lightning earpods with you. Apple continues to bundle a 3.5mm to Lightning adapter in the box, in case you want to use your old headphones.

Apple has added a new feature to this generation of iPhone displays ­– True Tone. First introduced with the iPad Pro, it basically adjusts the display’s colour temperature based on the ambient light in the room. Personally, I found TrueTone made the display warmer than I’m used to, and I turned it off after a couple of days. Apart from that, the iPhone 8’s display is the same 4.7-incher with a resolution of 1,334 x 750 pixels. The LCD panel is still the best in class, with accurate colour reproduction and excellent viewing angles and sunlight legibility. 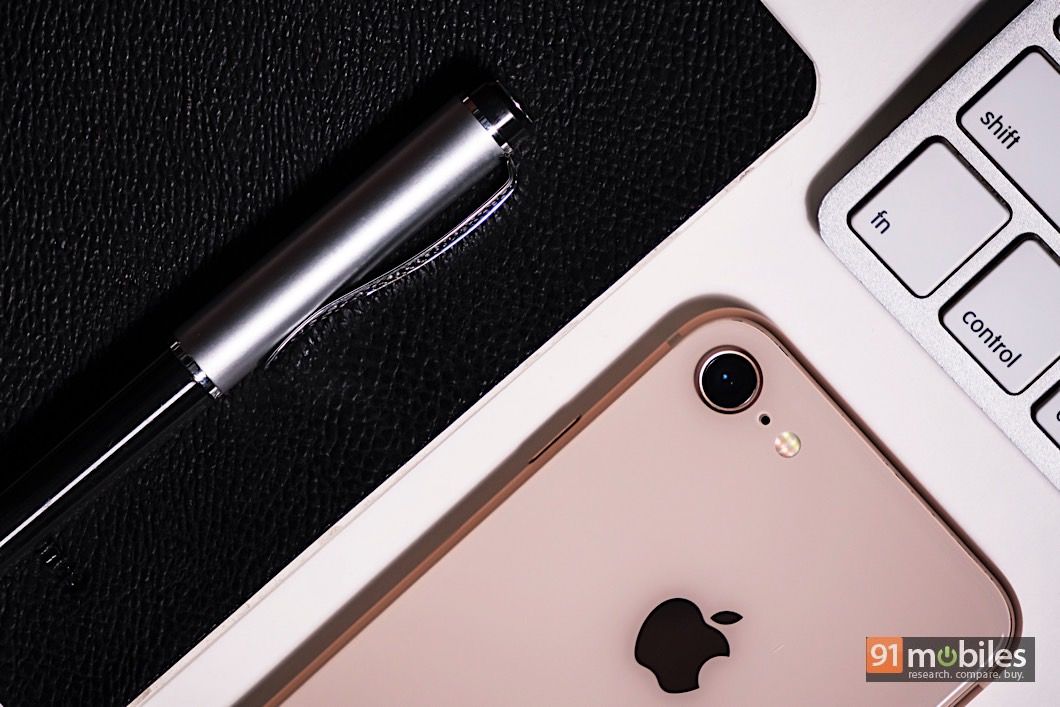 The iPhone 8 essentially has the same camera setup as the 7 – a 12MP camera with f/1.8 aperture and OIS. Apple says it’s added a few enhancements though, such as faster autofocus and better pixel processing, but you’d be hard pressed to notice the changes from last year’s model. That said, the iPhone 8 continues to impress with its consistent image quality across shooting conditions. On the 8, you miss out on telephoto zoom, Portrait mode and the new Stage Lighting feature of the 8 Plus (head to our review for details on these), but it’s still one of the best smartphone cameras out there. Images display realistic colours with more saturation than earlier models, and low light shots are outstanding in terms of detail and noise reduction. The always-on HDR mode is now tucked away in camera settings, and I’d advise you to keep it turned on. The iPhone 8 can now also shoot 4K videos in 60 fps, and Live Photos of course is still around. The front camera is the same, a 7MP fixed focus unit with f/2.2 aperture and screen flash. Selfies turn out detailed with natural skin tones, and even ones taken in low light are very usable.

The iPhone 8 runs iOS 11 out of the box, and there are quite a few new features on board. There’s a redesigned Control Center which I personally love, the ability to edit and annotate screenshots, the new Files app and an all-new App Store.

Related read: How iOS 11 will help you save up to 50% space on your iPhone and iPad 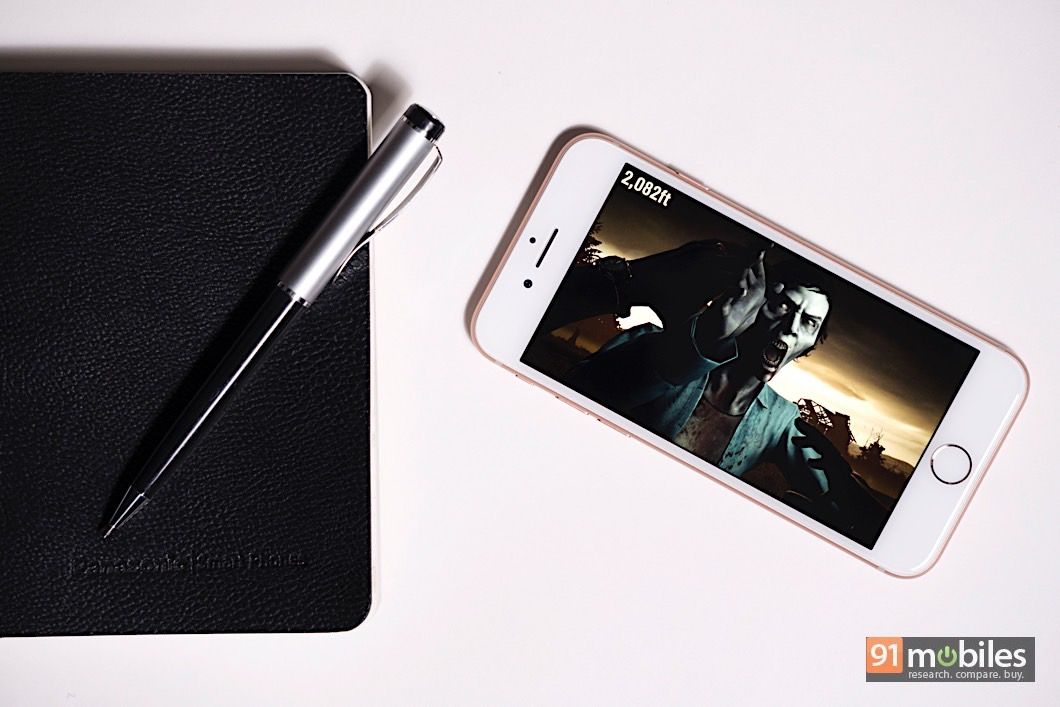 The new iPhones are powered by Apple’s A11 Bionic processor, a hexa-core chipset consisting of four high-efficiency cores and two high-performance cores. This is the same chipset that also powers the iPhone X, so you’re not missing out on anything on the performance front. The iPhone 8 gets 2GB of RAM to work with, compared to the 8 Plus’ 3GB. Apple finally got rid of the 32GB base variant this year, so the new iPhones come in 64GB and 256GB options, which are far more practical.

In day to day usage, you’d be hard-pressed to find a difference coming from the 7, but the A11 Bionic does enable the new iPhones to support augmented reality apps. The number of AR apps and games in the App Store are limited at the moment, but the ones I tried, including IKEA’s catalogue app that lets you place 3D furniture in your home, and Zombie Gunship Revenant AR, work really well.

The battery life on the iPhone 8 is disappointing, as expected. It barely lasted a day with heavy usage, but might survive until bed time if you’re a light user. Either way, you’d want to have a powerbank on you for emergencies. Apart from wireless charging, the iPhone 8 also supports fast charging, but as expected, you won’t find a fast charger in the box. For the best fast charging experience you can use a MacBook’s 29W USB Type-C adapter, although plugging in an iPad charger will also juice up your iPhone faster.

In terms of connectivity, the switch from metal to glass means the iPhone 8 doesn’t need antenna bands, but in my personal experience, I found 4G connectivity to be poor, at least on my Airtel SIM. There were several instances where I found mobile data just wouldn’t work, despite having full signal strength.

Apart from this, it’s worth mentioning that the 2017 iPhones are the first to support Bluetooth 5.0, which apart from better range and transfer speeds, also lets you connect two wireless devices simultaneously. 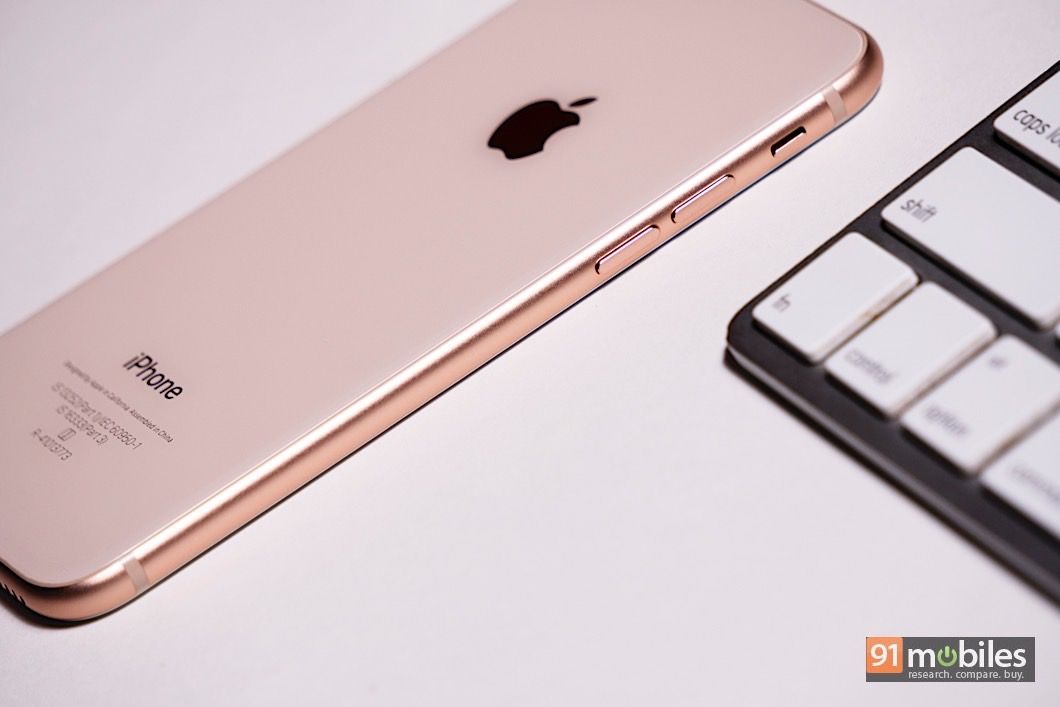 If you own an iPhone 7, there’s absolutely no need to upgrade this year, but if you’re using an older-generation iPhone, such as the 6 or 6s, you’ll definitely notice the difference with the 8. While there are plenty of excellent Android options available, including the Galaxy S8, Pixel 2 (first impressions) and OnePlus 5 (review), the reason many users prefer to stick with iPhones is because they continue to work well after two to three years. I have an iPhone 6 which is still very usable, although it’s no longer my primary smartphone. The bottomline? The iPhone 8 isn’t a revolutionary device in terms of design, but it’s still one of the best flagships in the market. Personally, I’d choose the 8 Plus because of the dual cameras and bigger battery, but for many users, the 8 will be a more pocket-friendly option… in more ways than one.