Back when Xiaomi wasn’t running rampant with its affordable offerings, Lenovo’s K-series of handsets were touted as the golden standard for budget-conscious buyers. Now, after sitting ducks for a couple of years, the company is finally taking the fight to the competition with three brand-new devices dubbed the A6 Note, the K10 Note, and the Z6 Pro. While the A6 Note targets sub-Rs 10K buyers and the Z6 Pro retails in the flagship-killer space, the K10 Note has its task cut as it will compete in the merciless affordable segment. So, can the smartphone propel the brand to its former glory? Let’s find out in this review, shall we?

Smartphones retailing in the affordable segment have never looked better, with OEMs trying to enthrall the masses with curvy backs and stunning gradient finish designs. But, it looks like Lenovo is still living in 2017, as the K10 Note’s monochromatic, blockish design sticks out like a sore thumb amidst the dazzling competition. Adding to the company’s woes, the handset has been constructed in entirety using plastic and the build quality feels – for the lack of a better word – cheap and flimsy. 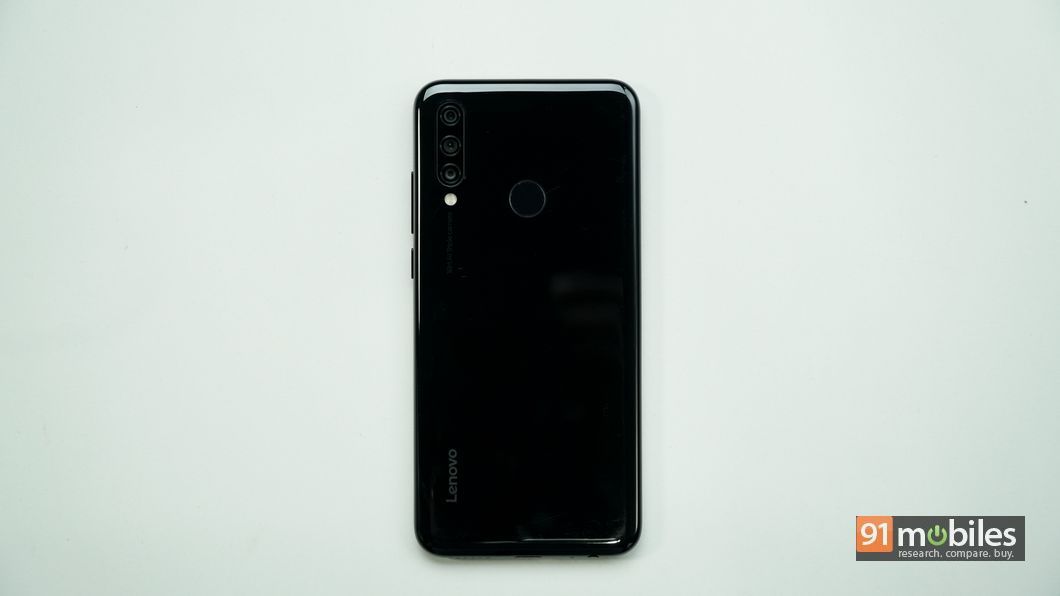 Furthermore, the handset’s Knight Black paint job is prone to fingerprints and smudges, and the device’s back gets scratched easily too. Suffice it to say, in a sea of pop-up selfie camera and gradient-back phones, I honestly expected Lenovo to do better. 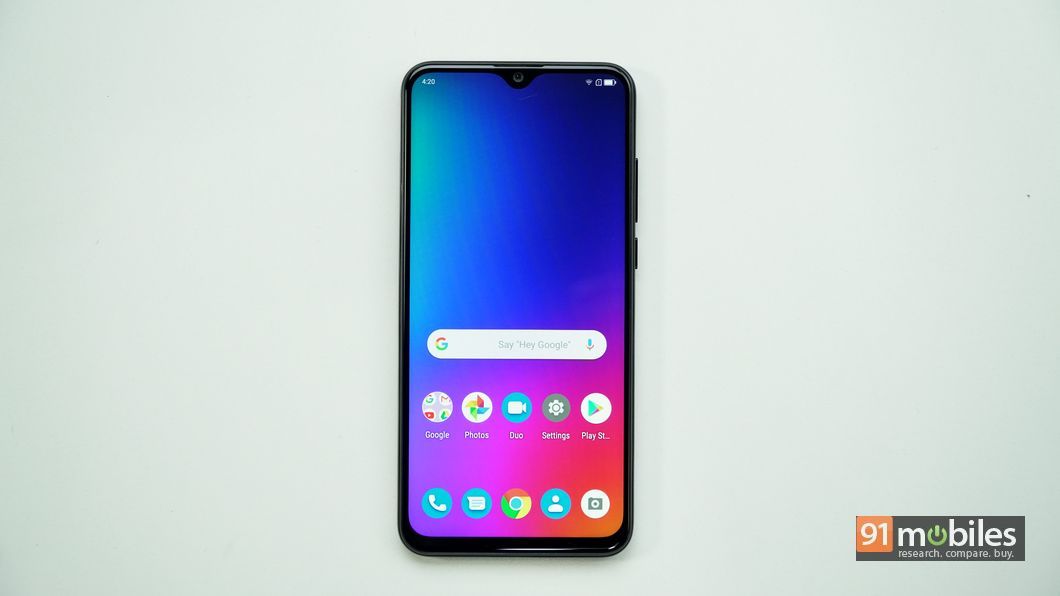 The design of the K10 Note is clearly not without its flaws, but it does have a couple things going for it too. Firstly, the handset is extremely sleek and the plastic wrap-around frame offers a phenomenal in-hand grip. Correspondingly, you should be able to use the phone comfortably with just one hand. Furthermore, the device is feather light too, so using it over the course of a day wasn’t as taxing on my wrists as say, the Z1X which I reviewed a while ago. You’ll also get a capacitive fingerprint sensor with the phone, which was quicker and more reliable than in-display counterparts during my testing. 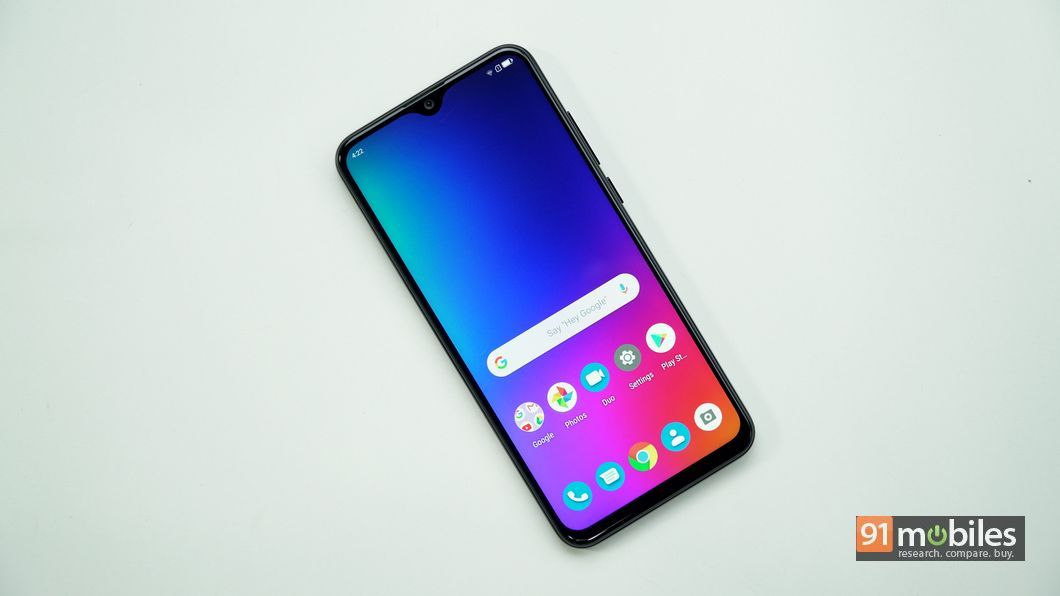 Unfortunately, I can’t say the same for the handset’s facial recognition, which took its own sweet time to unlock the smartphone. As for the rest of the ports and buttons, the K10 Note features a USB Type-C port for charging, ships with a headphone jack and offers a tactile power button and volume rocker on its right fascia. 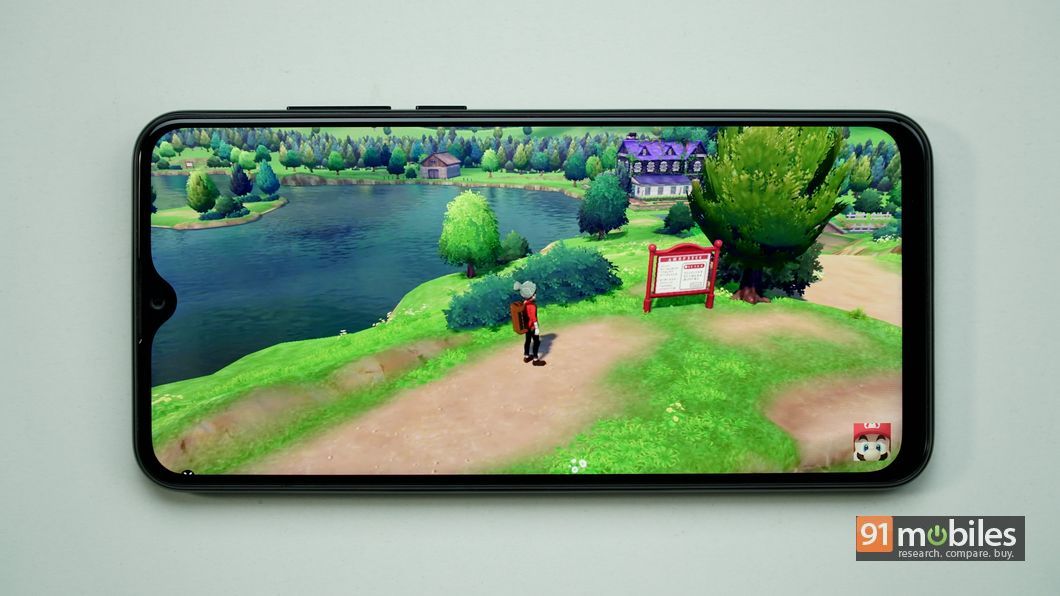 The K10 Note offers buyers a 6.3-inch, FHD+ IPS panel. The display sports a dewdrop notch at the centre, and canvases over 90 percent of the smartphone’s frame. While I was more than satisfied with the screen’s colour reproduction and its peak brightness level, the display doesn’t ship with Widevine L1 certification and correspondingly, you will not be able to make the most of the smartphone’s pixel-dense panel. I’ll update this review if the company updates the security level from L3 to L1, so stay tuned.

The Lenovo K10 Note ships with a triple camera setup at the back, comprising a pair of 16MP main shooter, a 5MP depth sensor and an 8MP telephoto lens with PDAF. For selfies, the device features a 16MP Samsung sensor upfront. 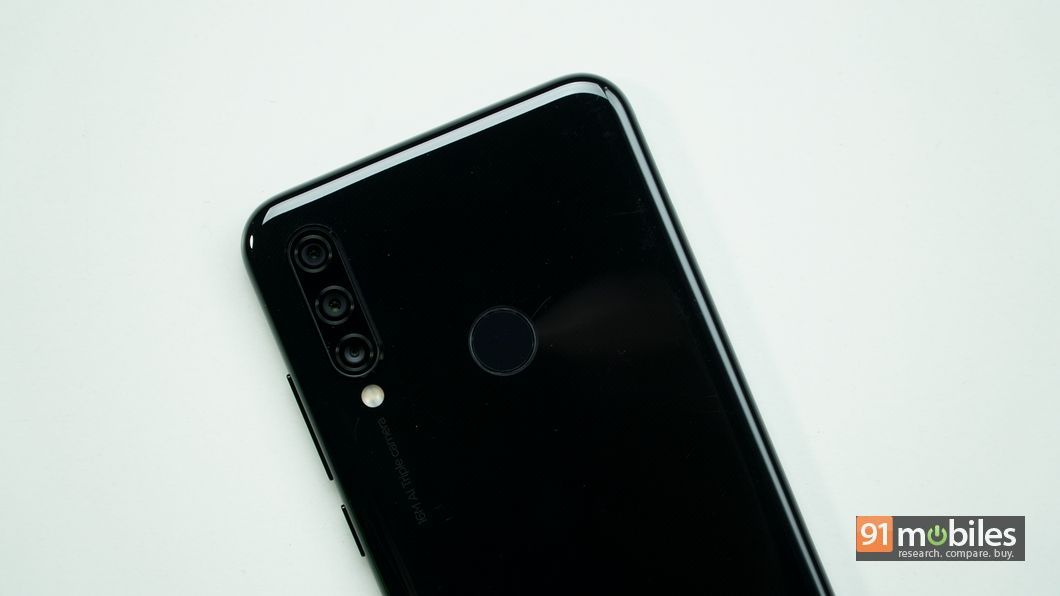 For the most part, the Lenovo K10 Note is a fantastic shooter and you’ll seldom find any reason to complain while clicking photos with the device. I’ve summed up my experience with the handset’s cameras below and barring a couple of issues, the K10 Note’s imaging prowess is on par with the competition. Here’s why –

1 – The Lenovo K10 Note clicks stunning photos during the day which favour realism over panache. Therefore, you will notice that when compared to competing Chinese offerings, the handset’s shots are less saturated and truer to life. Case in point, the shot of my garden wherein, the Realme 5 Pro (review) accentuated the greens in the bushes and the browns in the trees, however, the K10 Note put forth a duller, yet more accurate photo. 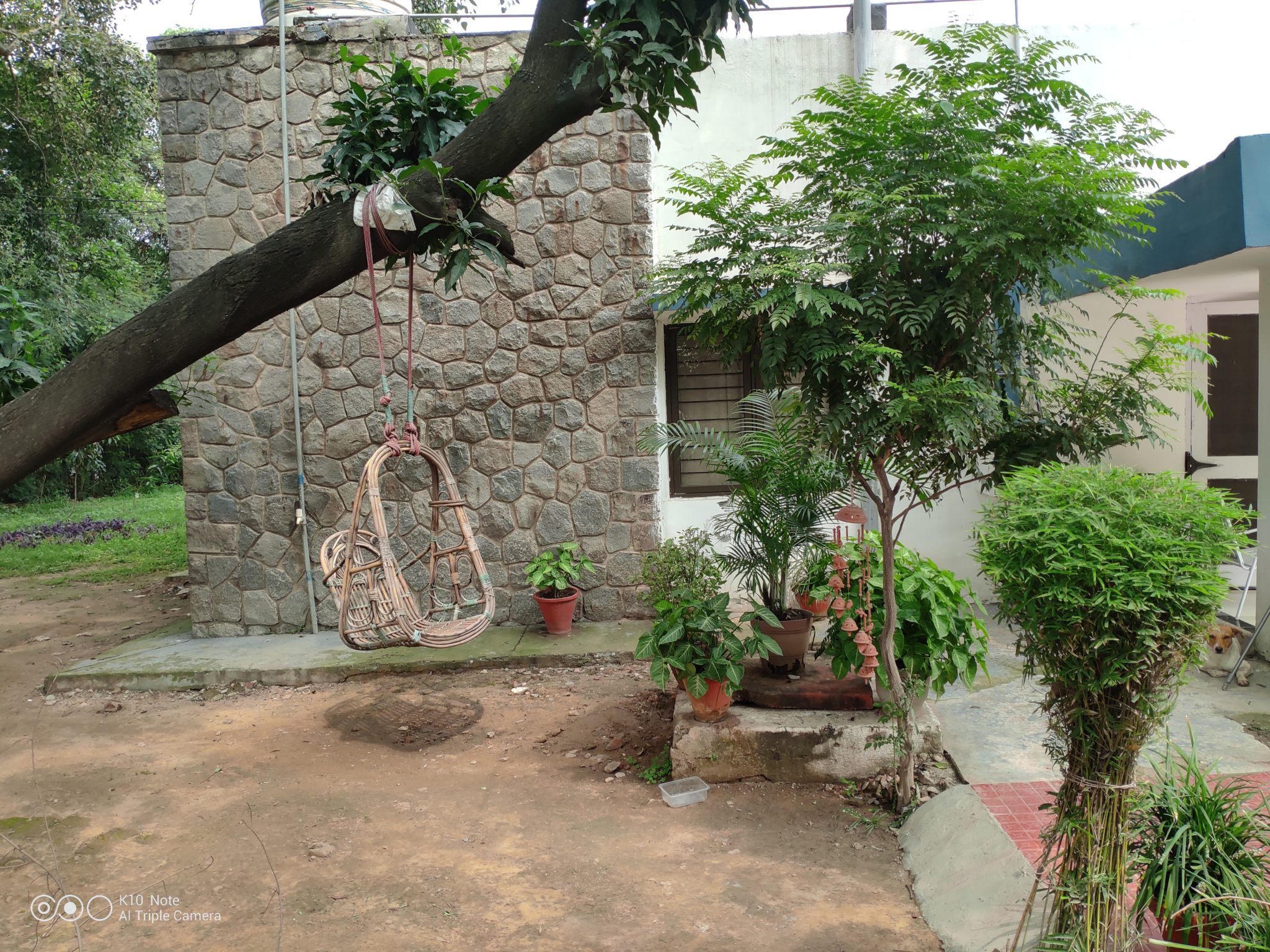 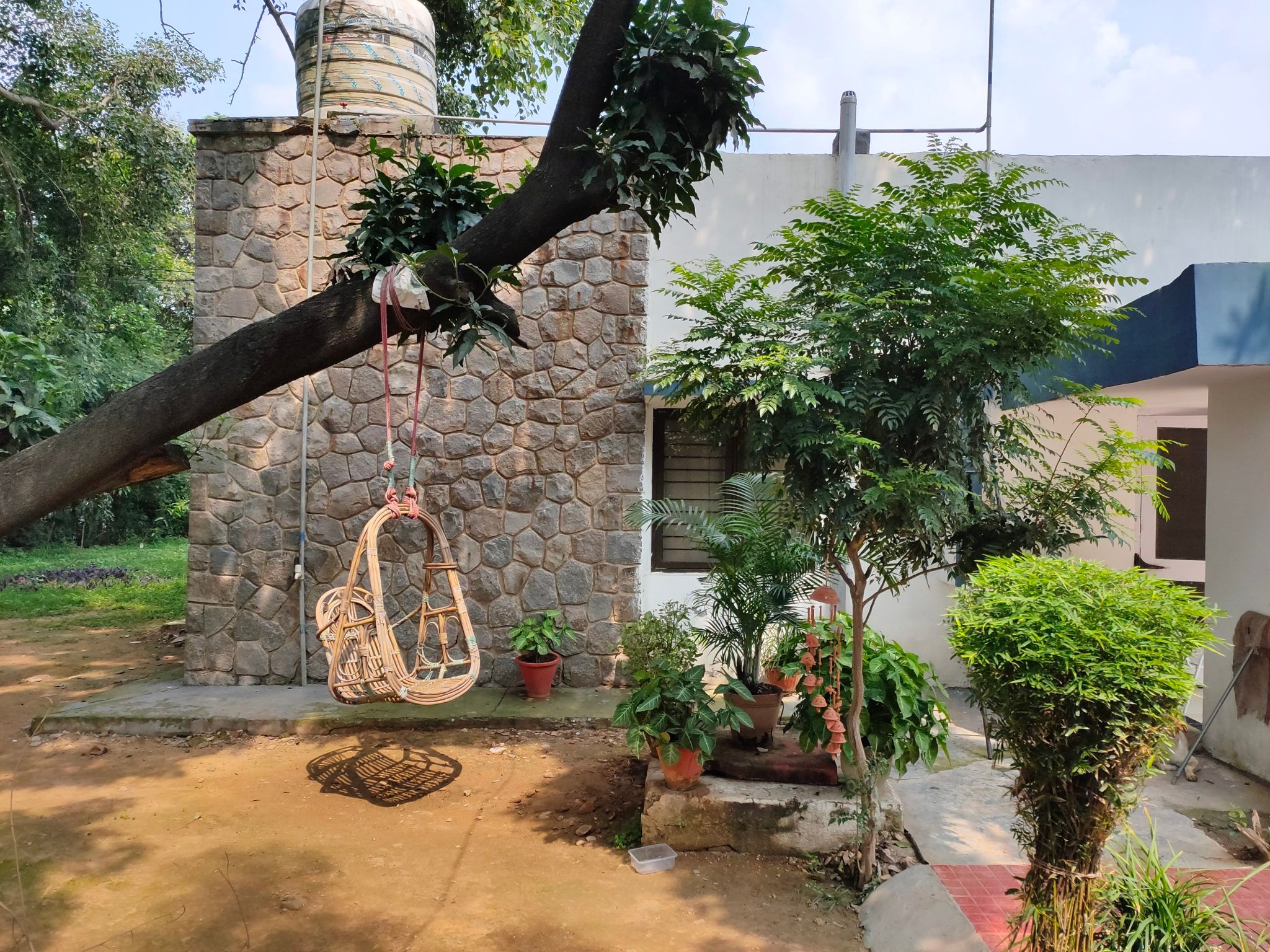 2 – The K10 Note’s dynamic range is spot on too. The smartphone could compose tricky bright shots with ease and I didn’t notice any instances of highlight clipping either. Suffice it to say, you’ll want to put any shot with a cloudy sky in the background as your home screen wallpaper. Portrait shots from the phone looked nice too, however, the device did struggle to output an accurate blur effect around the edges of my hair.

3 – I only came across two issues with the device’s rear camera setup during my testing. Firstly, the shutter speed is a tad-bit slow and therefore, photos of moving objects turn out quite blurry. Secondly, much like most other devices in this price range, the K10 Note too botches the reds which is evident from the closeup of the flower I’ve attached in the gallery. 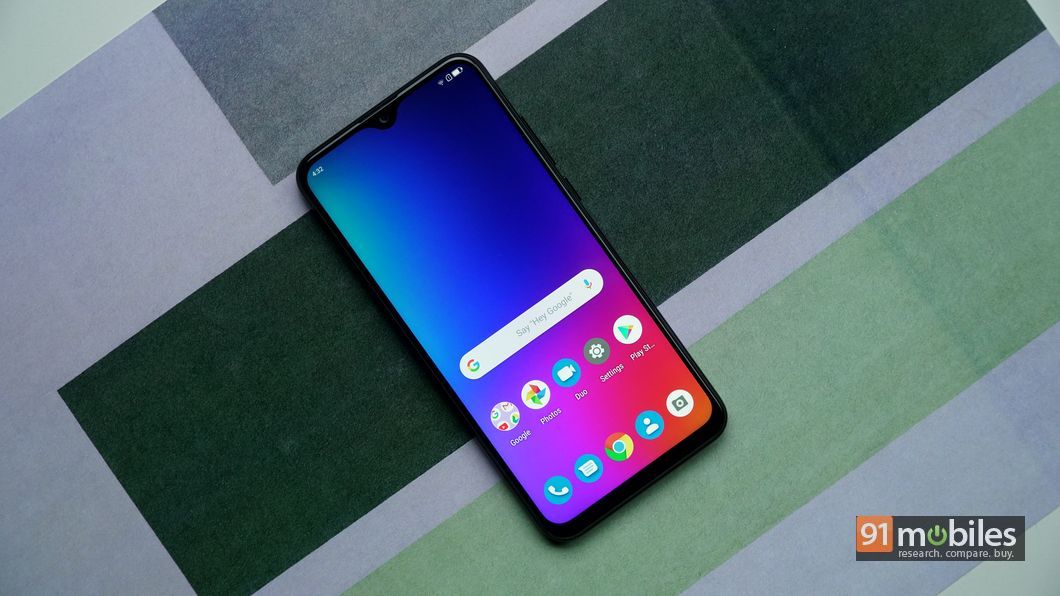 4 – Unfortunately, the smartphone seldom clicks good images at night. Despite shipping with a dedicated night mode, you’ll rarely ever come away with a good-looking photo after the sun has set as the pictures turn out either quite grainy, or soft, or both. There’s considerable lens flaring in the images if there’s a lamp in the background too, so you’ll probably want to just use your friend’s phone to capture the moment at a late-night party.

5 – As for selfies, the K10 Note’s 16MP selfie shooter managed to impress me yet again with its colour accurate portraits. The selfies I clicked with the device had natural-looking skin tones, and were exposed correctly in harsh lighting environments too, so no complaints here. You even get a bokeh-selfie mode, which does its job well albeit struggles to create a convincing blur effect around jagged edges, such as your hair or beard. The biggest pain point of the K10 Note’s front camera is the absence of a screen-flash functionality owing to which, selfies clicked in dimly-lit environments turned out grainy and noisy.

The Lenovo K10 Note makes up for its lackluster design by offering excellent specs to boot and with the device, buyers will get Qualcomm’s Snapdragon 710 octa-core processor which is mated to either 4GB or 6GB of RAM. Correspondingly, buyers will get either 64GB or 128GB of built-in, user-expandable storage. Going by the spec sheet, I was hoping the handset’s performance would be on par with the competition. To that extent, the phone offered an enjoyable gaming experience as demanding titles like PUBG would run on the same graphics preset and offer similar framerates as they would on say, the OPPO K3 (review) or the Realme X (review). 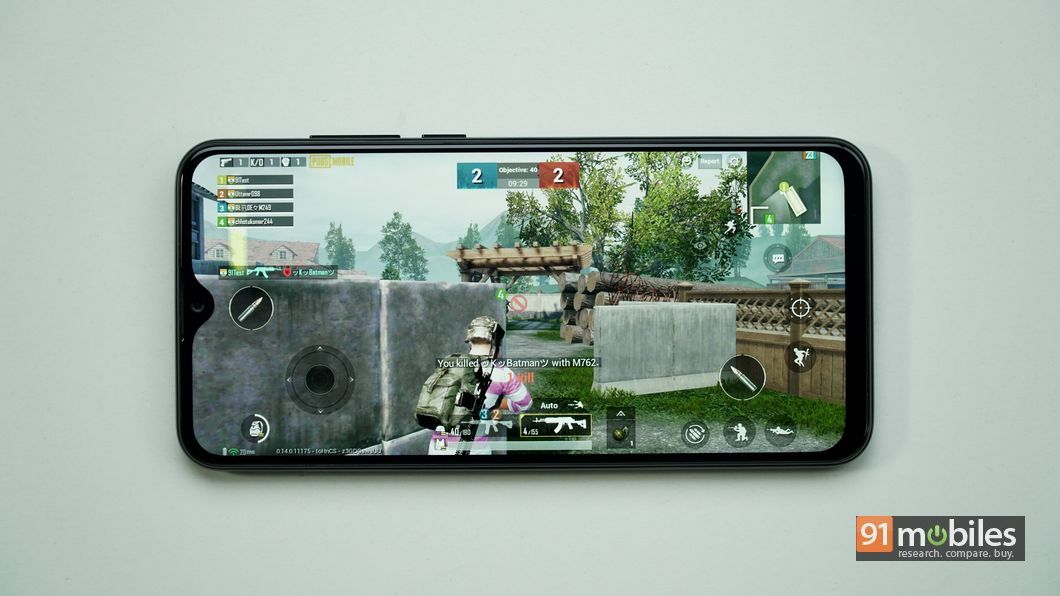 However, the handset’s near-stock custom skin offered jittery animations which made navigating through the phone’s UI a tad-bit irksome. That said, an easy fix for the same is to slap a third-party launcher such as Nova launcher on the phone. 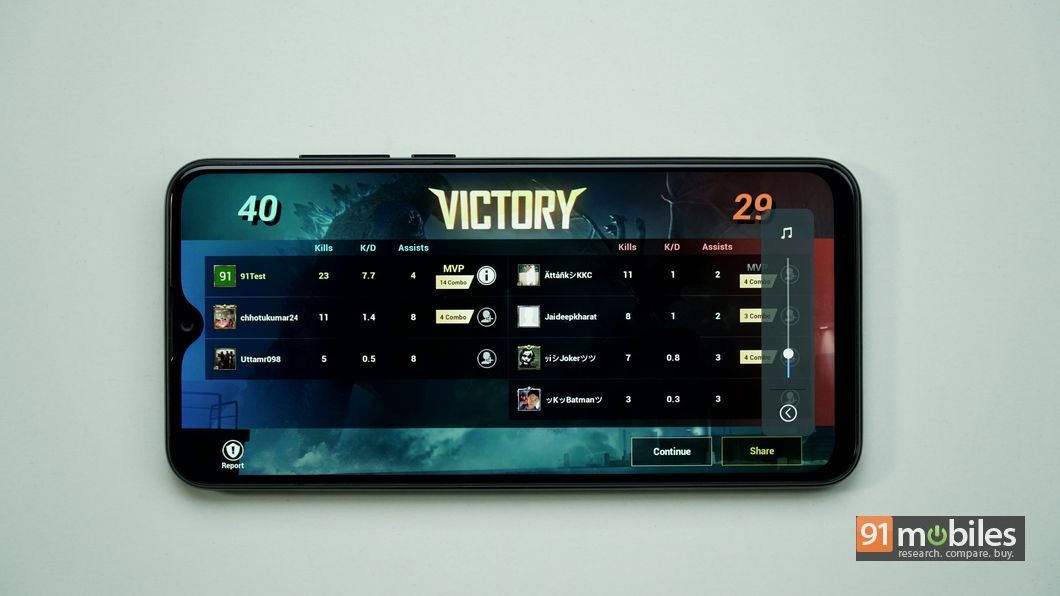 Coming to the software, the smartphone boots a near-stock skin based on Android Pie. The custom skin is pretty close to stock Android and correspondingly, doesn’t ship with a wealth of features or pre-loaded applications. That being said, you do get support for gesture-based navigation with the smartphone, along with Moto-esque air gestures to toggle various smartphone functions, including a double twist action to open the camera app and so on. 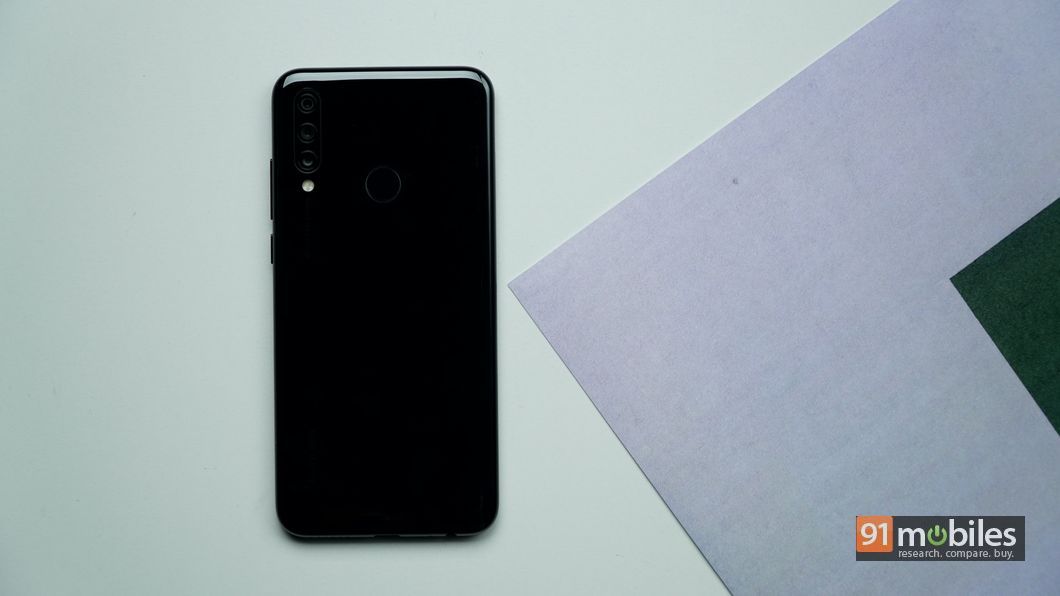 As for battery life, the Lenovo K10 Note sips juice from a 4,050mAh battery which comfortably lasted me a whole day on heavy usage which included playing an hour of PUBG, catching up with friends on WhatsApp, listening to music and watching videos on my commute back from work. I’d also like to add that despite its sleek chassis, the K10 Note dissipated heat admirably and at no time was the handset’s back too hot to the touch.

For its asking price of Rs 13,999, the Lenovo K10 Note brings a couple of neat tricks to the table. The handset is a reliable performer, boots a near-stock skin of Android and clicks impressive images with its cameras. Unfortunately, the device fails to stand out amidst the competition, which offers more premium designs and at times, even better performance and battery life to boot. Correspondingly, despite putting forth a compelling package, Lenovo’s K10 Note might fly under the radar of many prospective buyers.