91mobiles.com
Home Reviews MSI Modern 15 A11 review: a capable machine for both work and...

The demand for laptops is at an all-time high, be it to facilitate online learning, gaming or to enable business professionals to work from home effortlessly. To that note, laptop OEMs are launching devices left, right and centre and are even expanding their portfolio to cater to more use cases. For instance, MSI, a company best known for its high-end gaming laptops and PC components, is dipping its toes in the thin-and-light category and recently launched the Modern 15 A11 laptop. I’ve been using the same for a little over two weeks and here’s what I make of it.

Let’s kick things off with the design and here, the MSI Modern 15 A11 checks all the right boxes and comes toting a sleek aluminium chassis that weighs in at just 1.6 kilos. Consequently, for a 15-incher, the MSI Modern 15 A11 will take modest space in your backpack and won’t weigh your shoulders down either. As for the overall looks, well, I feel that MSI has done a darn good job here too. For one, the laptop features an understated design and is void of any trendy accents save for the company’s new logo etched on the lid. I quite like this approach and rest assured, the MSI Modern 15 A11 is dressed for all sorts of occasions and isn’t just suited for working from home or a Starbucks, but also a boardroom. 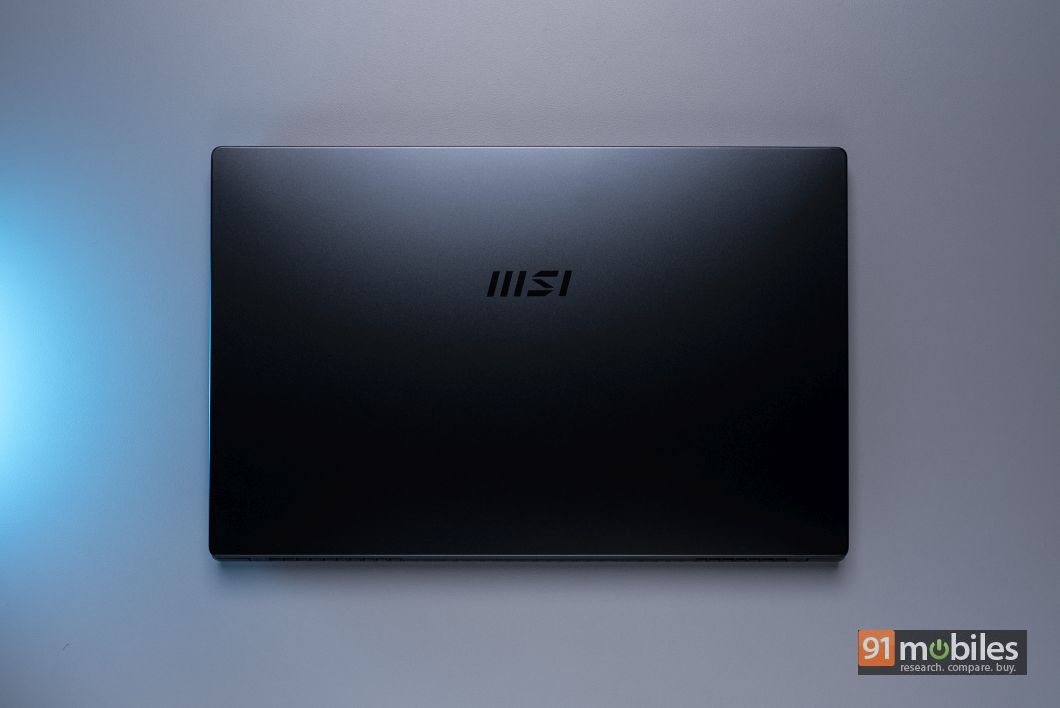 I’d also like to take a minute to talk about the MSI Modern 15 A11’s robust chassis. Going into the review, I was expecting the unit to offer some give, especially in and around the lid. Thankfully, the laptop adheres to MIL-STD 810G rating and while you can somewhat bend the lid, that’s the case with most, if not all laptops. Furthermore, there’s practically zero flex near the keyboard deck so, if you’re a voracious typer, you’ll find very little to complain about here. And, the chassis’ weight distribution is on point as well and you can comfortably open the lid of the laptop with just one hand. 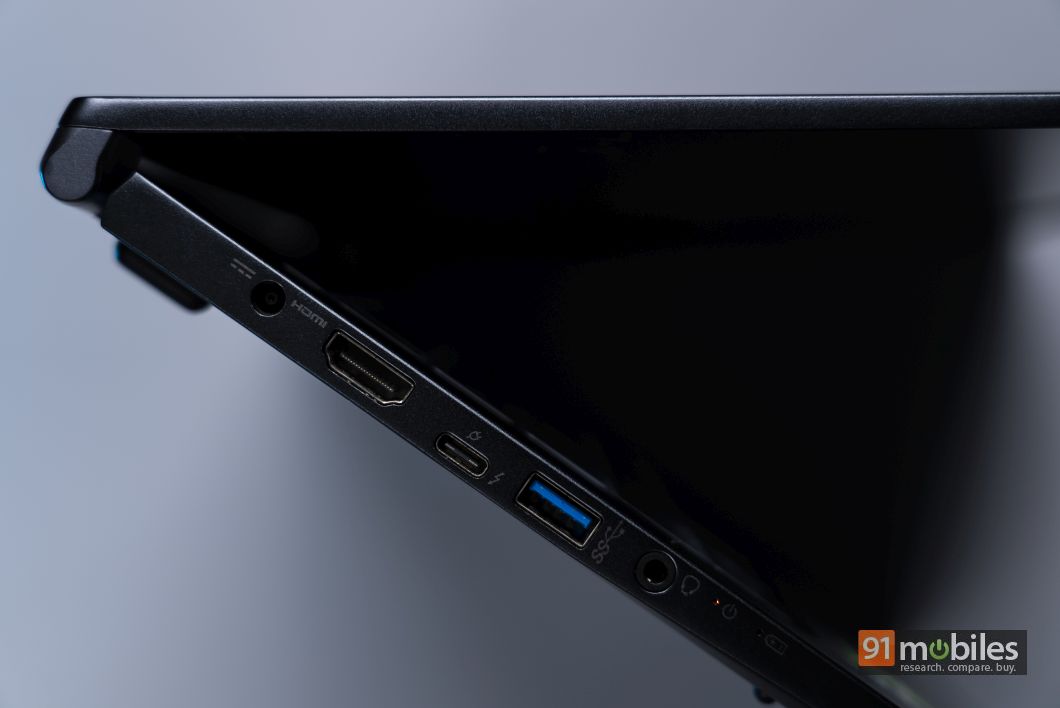 As for the ports, the laptop offers a treasure trove of connectivity options including two Type-A USB3.2 Gen 2 ports, a Type-A USB3.2 Gen 1 port, a microSD card reader, a full-size HDMI slot that can output to a 4K screen, a high-res certified headphone jack and most importantly, a Thunderbolt 4 connector with support for USB Power Delivery. In sum, the MSI Modern 15 A11 looks the part of a premium, high-quality product and I have but three qualms with the design of the unit. 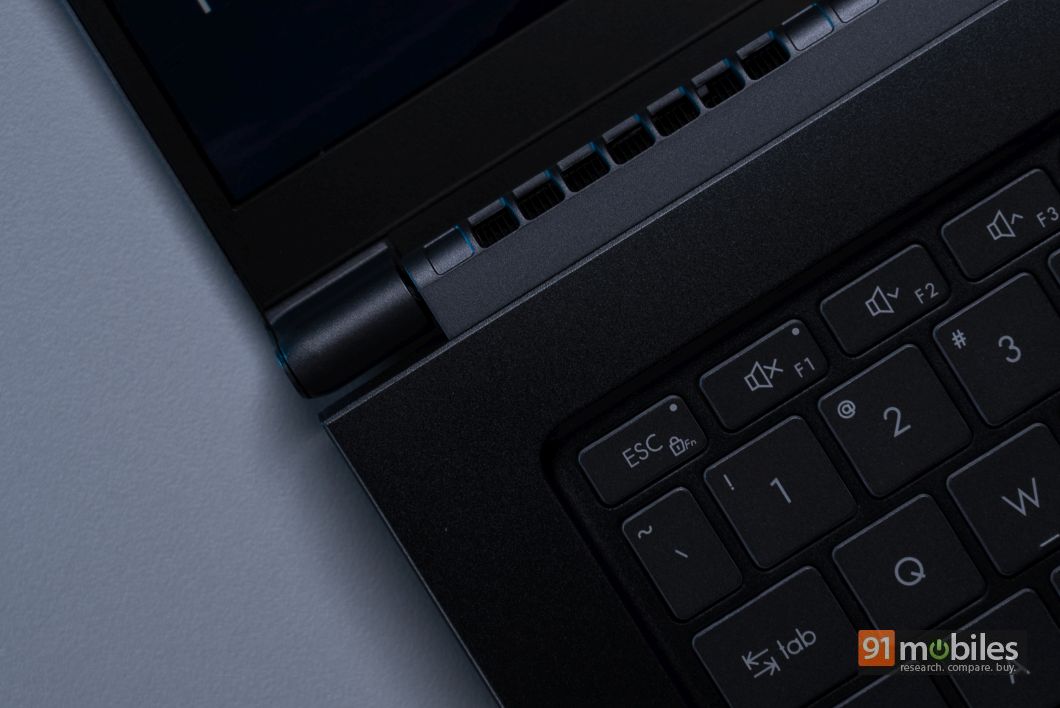 The MSI Modern 15 A11 ships with a 15.6-inch Full HD IPS panel. Now, unlike the models in the company’s summit series, the panel on the Modern 15 doesn’t quite cover the entire sRGB gamut, but with a 72-percent NTSC rating, it’s eerily close and correspondingly, should suffice for most creative workflows. Moreover, the panel also comes with a matte finish, ensuring pleasant viewing angles no matter how you tilt the screen. I’d also like to add that unlike most laptops with a matte screen, the panel on the Modern 15 gets satisfactorily bright (300 nits) so you shouldn’t find any issues using the display in a well-lit environment either. Moreover, the company has also bundled the MSI True colour app with the laptop, which should allow you to finetune and calibrate the display’s colours to your liking. The app is quite feature-rich and lets buyers variate the display’s colour temperature as well as the RGB distribution. 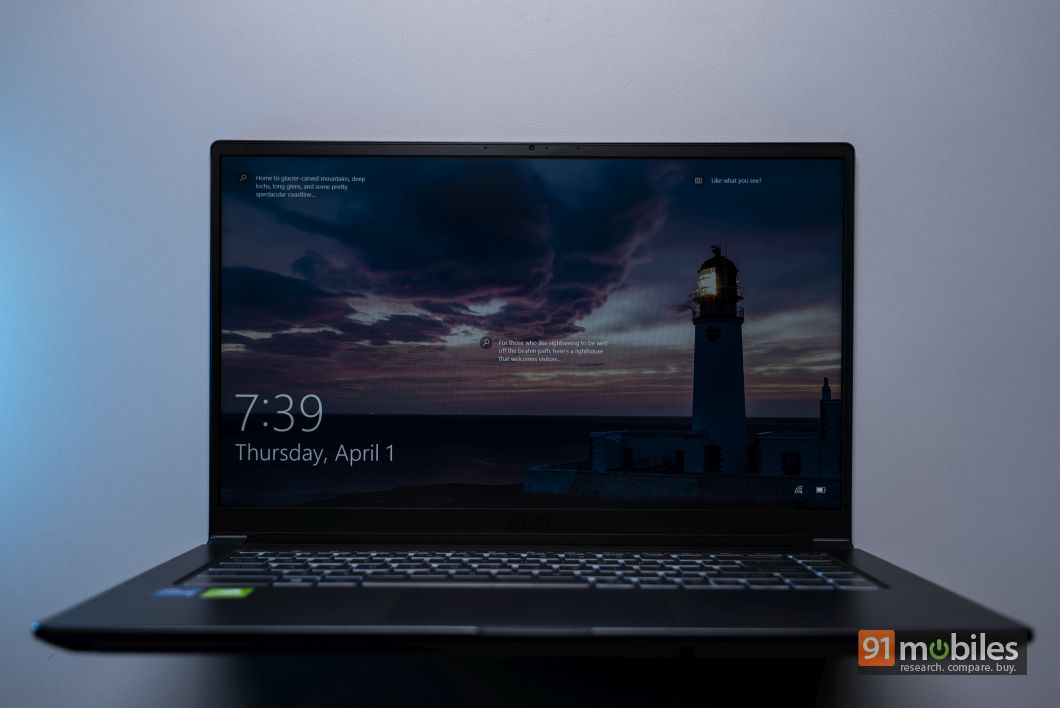 Moving on, the bezels surrounding the panel are quite sleek, although the company could’ve tapered the bottom chin a tad more. Furthermore, as stated previously, the hinge mechanism doesn’t offer a lot of resistance and therefore, you might notice the display wobble ever so slightly when typing on the unit. 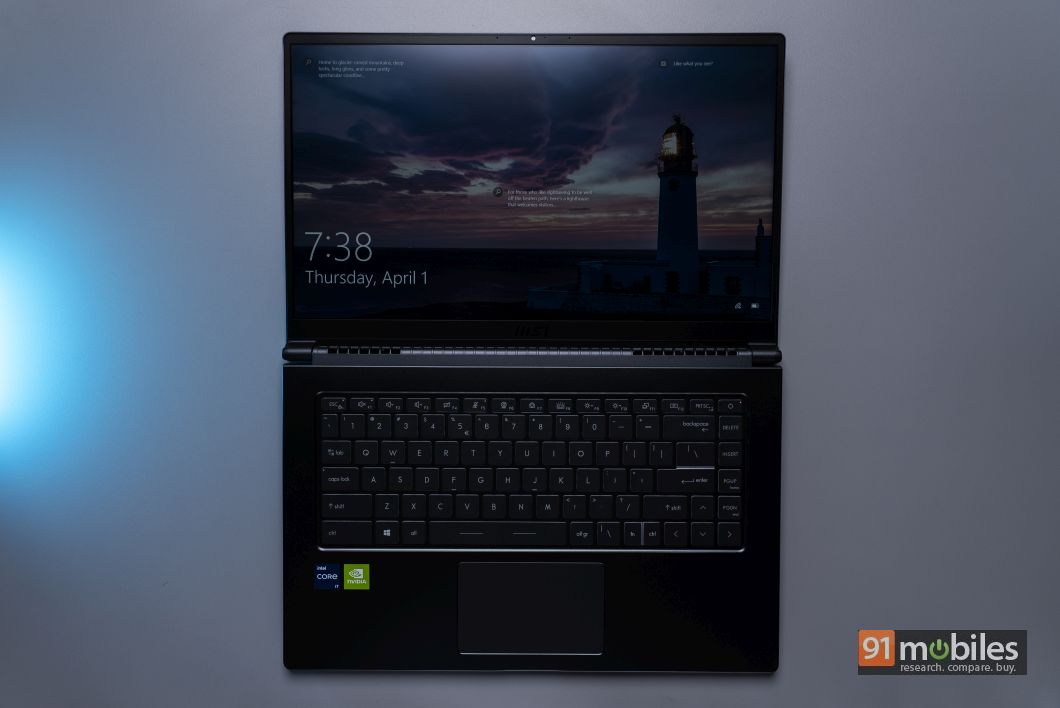 As for audio, the Modern 15 features a pair of downward-firing speakers that get satisfactorily loud when watching movies on the go. That said, the audio output lacks depth and can be a tad shrill at times. Thankfully, the company offers a high-res certified headphone jack with the unit which will undoubtedly serve audiophiles well.

As someone who frequents Microsoft Word and Google Docs to write articles, a laptop’s keyboard is of the utmost importance to me. To that note, the one on the MSI Modern 15 offered a quality typing experience with spaciously laid out keys and a commodious deck with ample room to rest my wrists. What’s more, the keys didn’t feel mushy or wobbly, offered a satisfactory key travel of 1.5mm and are backlit as well, allowing you to comfortably type with the lights in your room dimmed out. 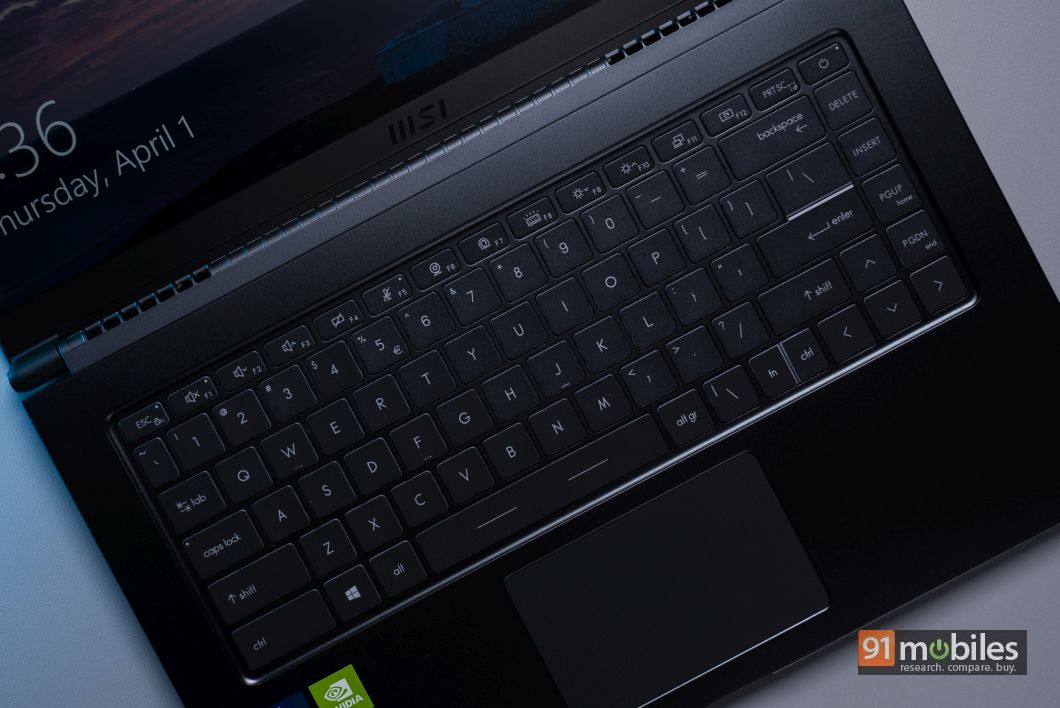 The trackpad works well for the most part too, though the unit’s surface area might feel a bit limiting at first. That said, once you get acclimated to its size, you will find plenty to like here – the left and right mouse buttons are clicky, the trackpad supports Windows Precision drivers and palm rejection works well too, ensuring the cursor doesn’t accidentally move when you’re typing on the unit. Unfortunately, the laptop doesn’t ship with a fingerprint reader and the built-in webcam doesn’t support Windows Hello Face either. 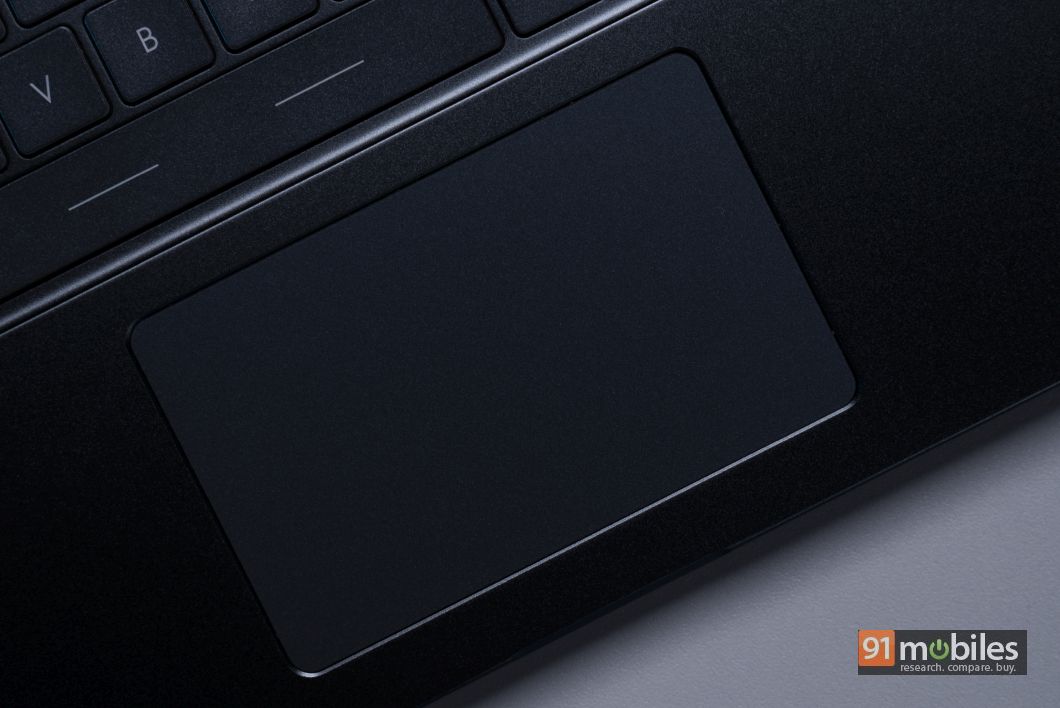 Consequently, you can all but forget about seamlessly jumping back into your workflow from a break, as you will have to key in your pin or password every time you want to use the laptop.

The MSI Modern 15 A11SB sent to me for review ships with an 11th Gen Core i7-1165G7 processor which works alongside 16GB of DDR4 RAM and an MX450 GPU with 2GB of DDR5 memory. For storage, the laptop comes with a 512GB NVMe SSD. Clearly, the Modern 15 is a pretty loaded offering and it should suffice for most creative workflows that make use of CPU-bound apps like Photoshop, or Adobe Premiere. 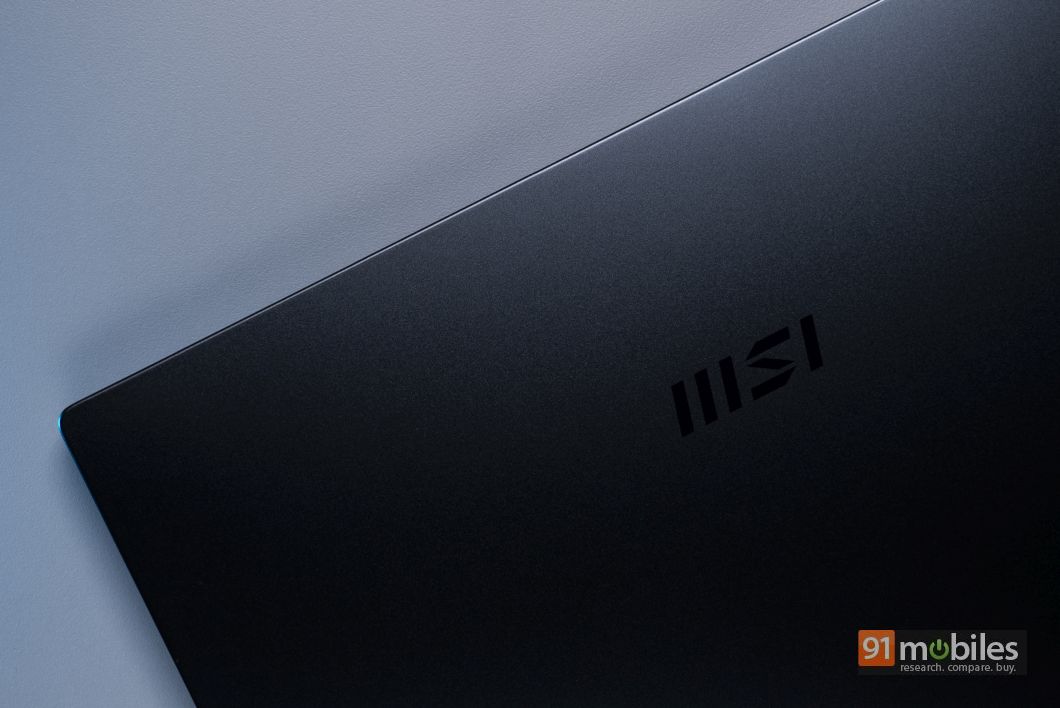 Now, seeing how my usage isn’t as demanding, I faced absolutely no issues with the performance of the machine. At any given point, I’d have a couple of dozen tabs open in Chrome, along with apps like Discord, Slack, Word and Adobe XD running in the background and despite that, I never ran into any lags or stutters whilst using the machine. To give you a better picture, I did run a slew of synthetic benchmarks on the laptop, including PCMark 10 and CineBench R23 and the Modern 15 outputted satisfactory scores in all the tests. As for gaming, the laptop can offer solid frame rates in eSports titles, provided you’re willing to compromise with the game’s graphical fidelity. For instance, Apex Legends runs perfectly well on the laptop at the lowest preset (resolution set to 1,920 x 1,080), and I was netting around 65-70fps in the game. Granted, the fps did dip when I was in the middle of intense gun battles but, I’m sure I could’ve squeezed in a bit more frames had I lowered the resolution too. Oh and fret not – the laptop doesn’t run too hot either. While the fans can get a tad noisy, I am more than satisfied with the unit’s thermal dissipation. All said and done, the MSI Modern 15’s performance should suffice for most casual gamers as well as business professionals.

Moving on, the MSI Modern 15 is backed by a 52Whr battery that offers roughly five hours of use off a single charge. It goes without saying that your mileage could vary, though as far as my usage is concerned, I had to plug in the laptop around the 4 PM mark. Consequently, if you’re the type to work around the clock, then you will have to lug around the laptop’s power brick in your backpack.

The MSI Modern 15 A11 starts at Rs 70,990, but the unit sent to me for review will set interested buyers back by almost a lakh (Rs 95,990). For the price, the MSI Modern 15 offers a stunning design, good connectivity, great performance and a finely-tuned screen. Unfortunately, I wasn’t the biggest fan of the laptop’s hinge, and the battery life while good, could’ve been better. Regardless, the MSI Modern 15 hits more than it misses and therefore, gets a vote of recommendation from me.