91mobiles.com
Home Reviews OnePlus 6T McLaren Edition review: for those who crave the need for...

It was just in 2016 that OnePlus launched India’s first smartphone with 6GB RAM, the OnePlus 3 (review). Although 6GB RAM is yet to become the norm (case in point: Google’s Pixel flagships and Apple’s latest iPhones), it seems that the Shenzhen-based upstart is continuing on its warpath of not only giving pricier flagships a run for their money but putting full-fledged laptops to shame too. 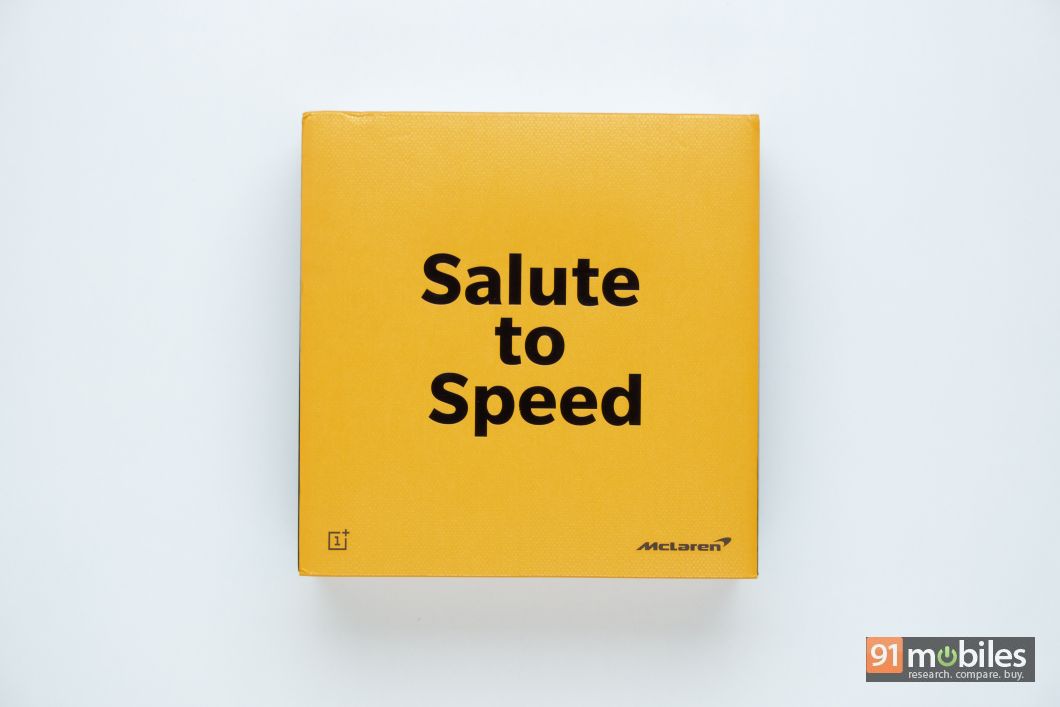 That’s because, the company recently launched the OnePlus 6T McLaren Edition in the country, which is the first smartphone in India to ship with a whopping 10GB of RAM.

Seeing how the company knows a thing or two about making limited edition devices (remember the OnePlus 5T Star Wars edition?), the smartphone’s mammoth RAM capacity is just one aspect which makes the OnePlus 6T McLaren Edition an enticing proposition. To know what else the device brings to the table, read on our mini-review of the smartphone. 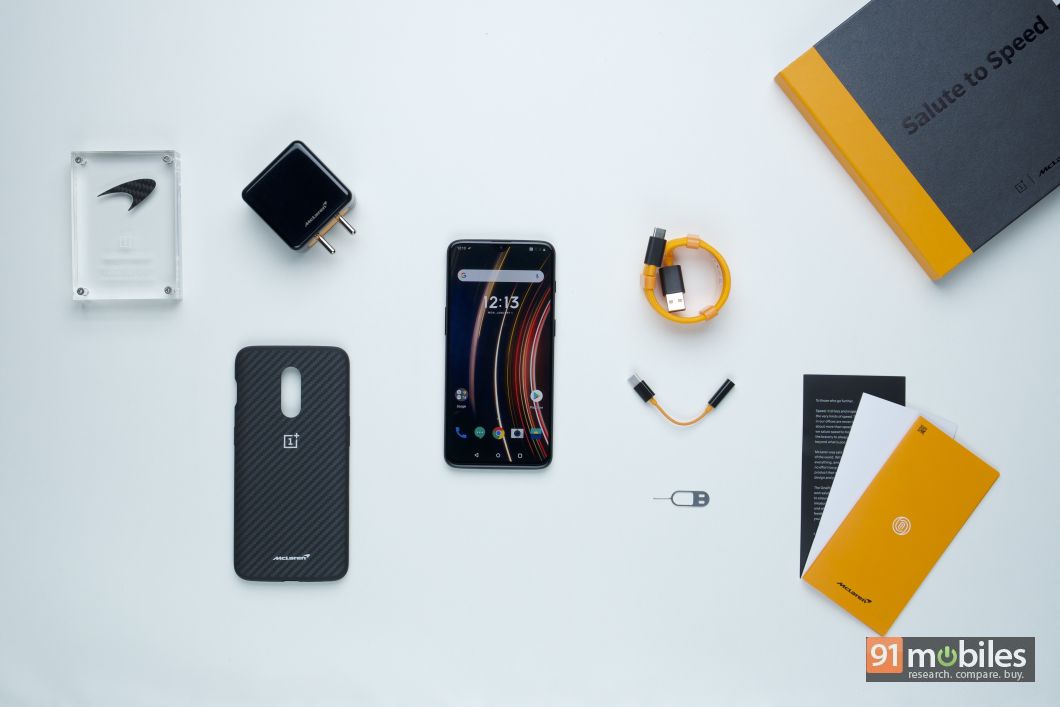 Let’s start with the design of the smartphone, which takes inspiration from McLaren’s rich history in Formula 1 racing. You see, the British F1 team was the first to make use of Carbon Fiber in the construction of racing cars and consequently, you’ll find a similar pattern etched on the back of the OnePlus 6T McLaren Edition. 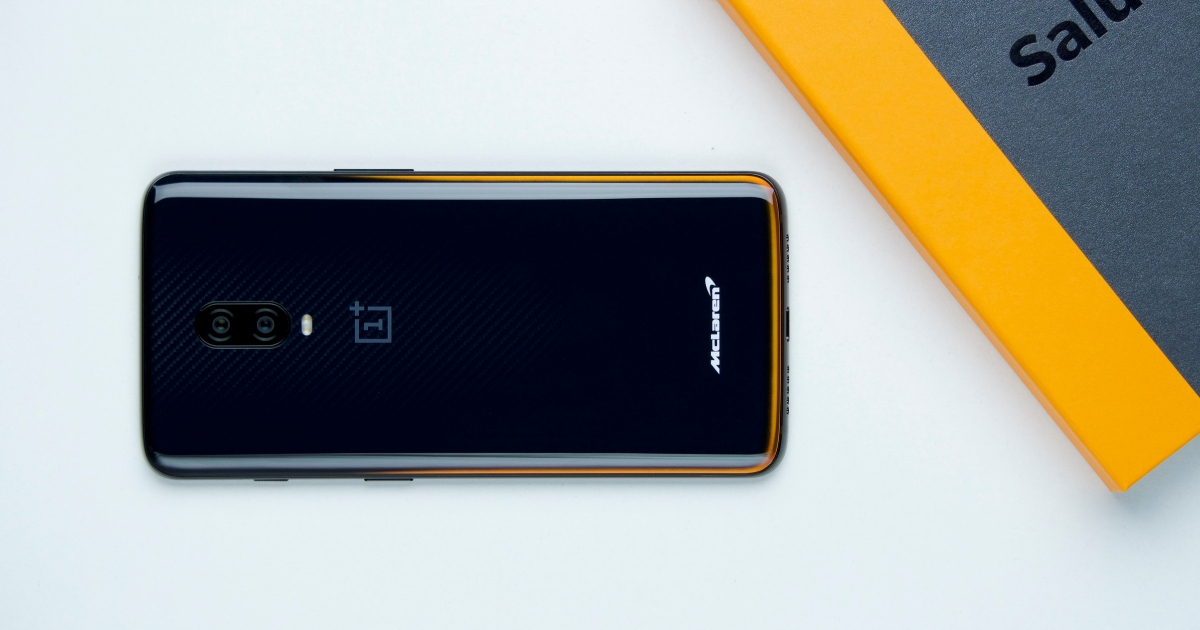 You’ll also notice a streak of orange running along the bottom edge of the limited-edition OnePlus 6T, which too pays a tribute to McLaren’s rich heritage. The Papaya Orange livery was first coined by Bruce McLaren back in 1968 and on the company’s 50th anniversary, the colour scheme has made a return to the brand’s latest Formula 1 car – the MCL33. Therefore, it made sense for OnePlus to add a splash of Orange on its latest smartphone. 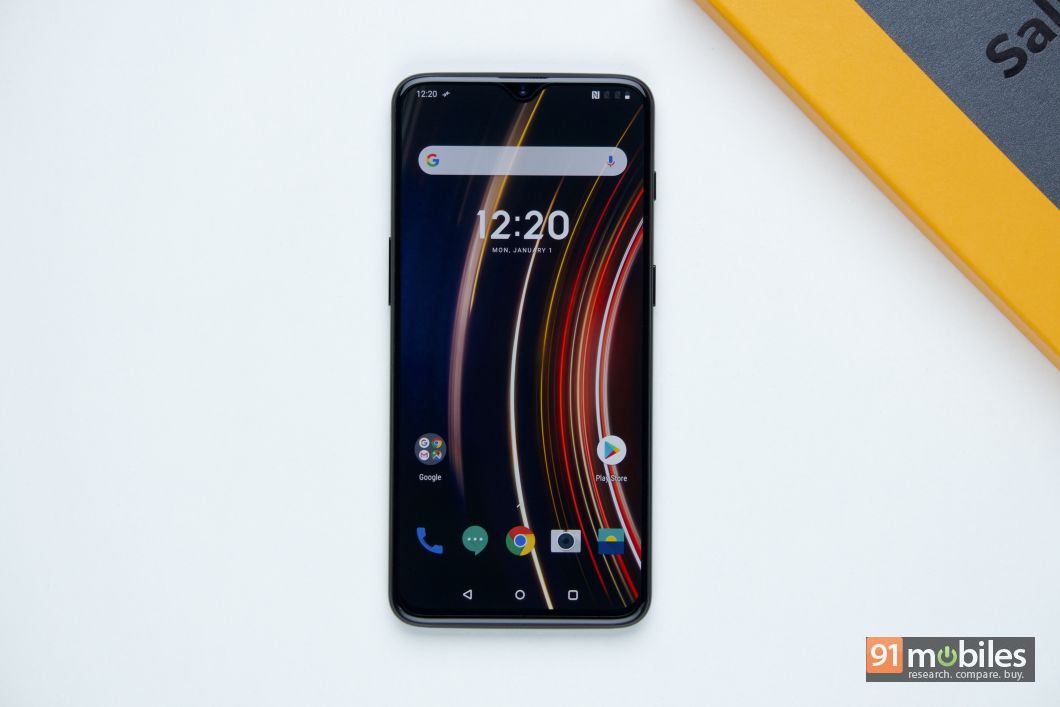 Lest I forget, the device also features a dynamic McLaren badge at the very bottom, which shimmers when the light falls on it. Moreover, OnePlus has also styled the accessories bundled with the 6T McLaren edition in a unique colourway to complement the smartphone.

Outside of the subtle design changes, the OnePlus 6T McLaren edition is identical to the OnePlus 6T (read our review to know more) in terms of the type of display being used, the software it ships with and the camera setup on the back as well as the front. For the most part, the handset offers similar performance to a regular OnePlus 6T too, however, the McLaren edition of the device has more headroom for multitasking thanks to its 10GB of RAM. Having said that, I can’t really point out if I felt any difference in using the smartphone as my regular 6T is every bit as fast as the McLaren Edition. In fact, it wouldn’t be wrong to say that our smartphones don’t make full use of 8GB RAM yet, so 10GB RAM is more of a chest-thumping number than something that would actually improve handset’s performance. In long-term usage however, more RAM could certainly come in handy along with being more future-proof. The other big change which the OnePlus 6T McLaren edition brings to the table is in terms of its charging speed. Now, unless you’ve been living under a rock, you’ll know that the company’s proprietary dash charge technology is rapid and it can fuel OnePlus 6T’s 3,700mAh battery from 0 to 50 percent in a matter of minutes. With the OnePlus 6T McLaren edition, the company is taking its charging technology one step further and calling it Warp Charge, allowing buyers to fuel the limited-edition OnePlus 6T up to 50 percent levels in just 20 minutes. The smartphone juices up completely in less than an hour, which is impressive.

The OnePlus 6T McLaren edition retails for Rs 50,999, making it the most expensive smartphone from the company’s stables yet. Now, I don’t have to tell you that the differences the smartphone offers over a regular OnePlus 6T (review) are far and few in between. At best, the 6T McLaren Edition highlights OnePlus’ desire to experiment with things like Warp Charging and 10 gigs of RAM, before they become mainstream. However, if you’re an F1 fanatic and want the absolute best performance out of your smartphone, then you should unquestionably pick up the OnePlus 6T McLaren edition.