“Our take on OnePlus’ latest premium flagship – the 7T Pro”

Contrary to popular belief, the OnePlus 7T (review) – in my opinion – was a stellar upgrade over its predecessor for a number of reasons. The handset offered better performance, a smoother display, improved cameras along with the latest version of Android to boot – it truly was as laudable as the hit sequel from Star Wars franchise, the Empire strikes back. 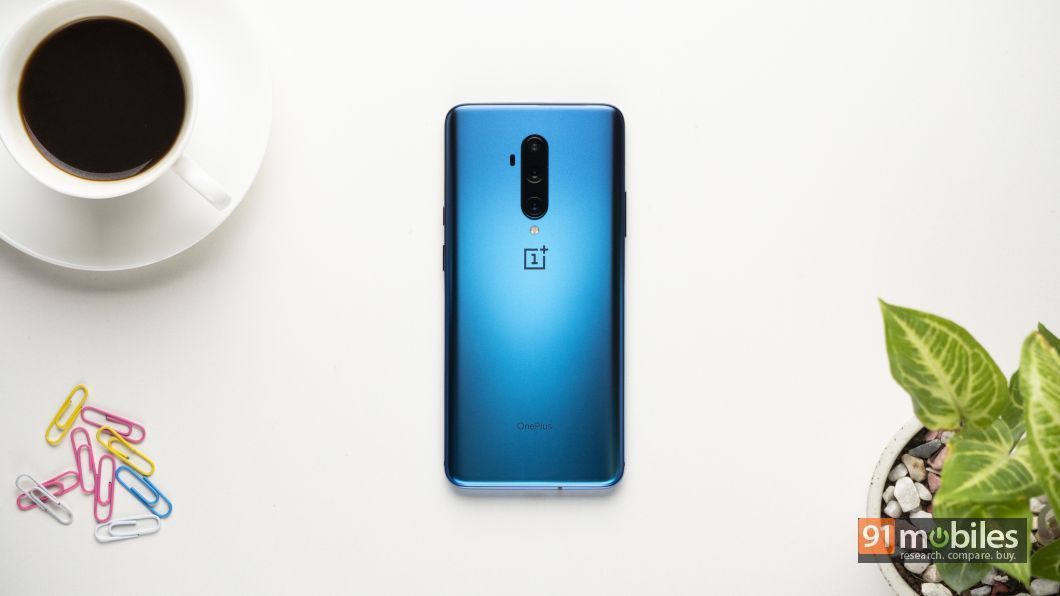 On the opposite, the brand’s latest OnePlus 7T Pro comes across as the déjà vu scene from the first Matrix movie – a repeat occurrence of an event that happened a couple of months ago. Now, I don’t want to get off on the wrong foot as the 7T Pro is truly, a superb flagship. But, does it warrant a buy over the company’s 7T or the 7 Pro? Read on, and see for yourself.

Folks, I know most ‘make money online fast’ websites are a scam but here’s an idea that’ll surely pay dividends – charge netizens to tell the differences between the design of the OnePlus 7 Pro (review) and the OnePlus 7T Pro. Barring the newer Haze Blue colour on the OnePlus 7T Pro, the smartphone is identical to its predecessor. Both the devices sport the exact same build, feature a dual-curved panel on the front and ship with a vertically-aligned triple camera module at the back. The 7T Pro is, from the outside, essentially the ZXI variant of a VXI car from Maruti and from my experience, you’ll spend a good chunk of time explaining to your friends that you have the newer, better model. 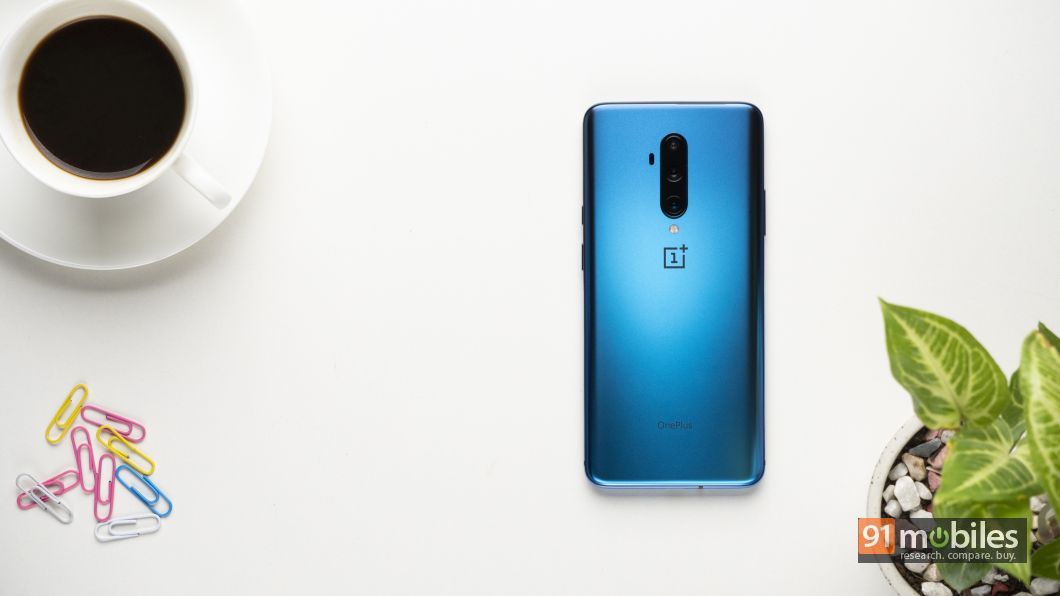 Now, if you want to read up on the intricacies of the design of the 7T Pro, then do check out my review of its predecessor. But, to bring you up to speed – the 7T Pro is among the more good-looking smartphones you’ll find in the market. The handset undoubtedly looks the part of a Rs 50K phone, and you’ll get plenty of glances every time you take it out of your pocket. Moreover, the smartphone feels exquisite in the hand, thanks to its matte-coated back which, fun fact, is less of a fingerprint magnet than competing phones with a glossy design. All said and done, if you loved the design of the 7 Pro, then you’ll fancy the 7T Pro’s aesthetic too. 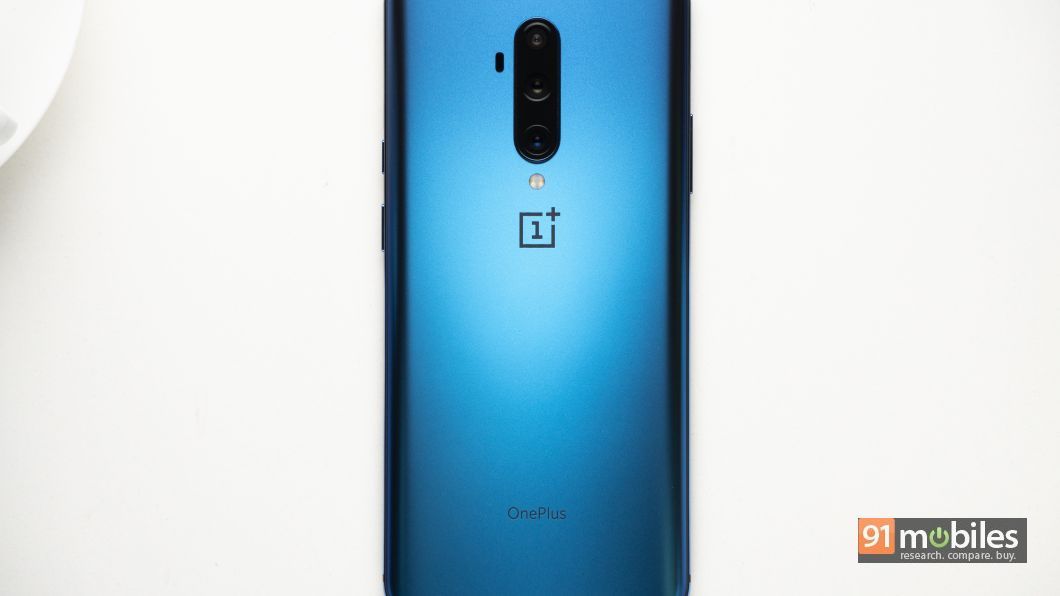 Provided you purchase the 7T Pro, you’ll want to keep your documents and personal files safe. To that extent, the smartphone offers an in-display fingerprint sensor which from my experience, is the quickest and most accurate sensor in the market by some margin. Moreover, you can even use the smartphone’s elevating camera module for biometric authentication as the 7T Pro also ships with face unlock, which is extremely quick too. 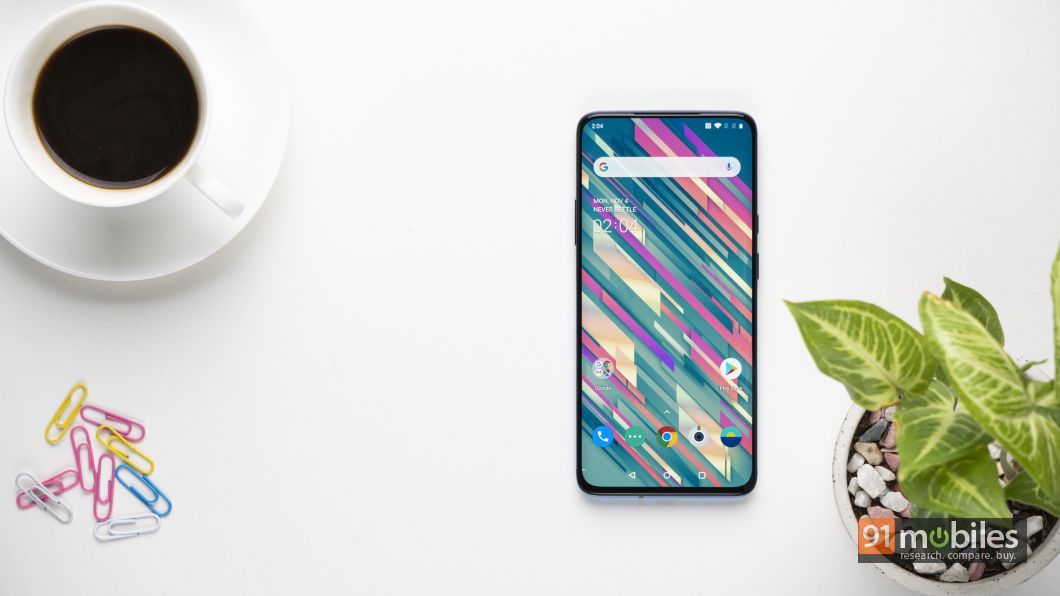 My only qualm with the mechanism is that since the smartphone doesn’t ship with ‘lift to wake’ functionality, you’ll have to turn on the screen by pressing the power button or double-tapping the panel in order to use face unlock in the first place. Consequently, getting into the home screen on the 7T Pro wasn’t as seamless when compared to Samsung or Apple’s flagships. 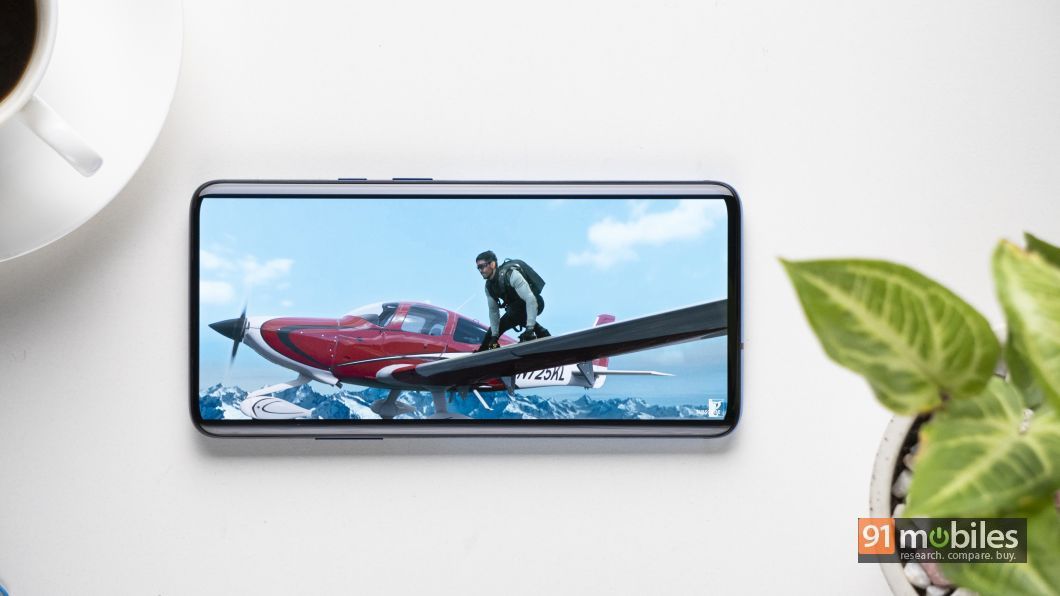 Regardless, it’s a minor inconvenience which the smartphone more than makes up for by offering a full-screen display. Much like its predecessor, the 7T Pro also features a 6.67-inch, QHD+ AMOLED panel. The display boasts a high refresh rate of 90Hz, making it extremely crisp and smooth which isn’t just ideal for gaming, but also for overall usage too as animations and transitions appear slicker on the phone. On a slightly unrelated note, the brand has promised to furnish subsequent OnePlus phones with a higher refresh rate display too, which is great. 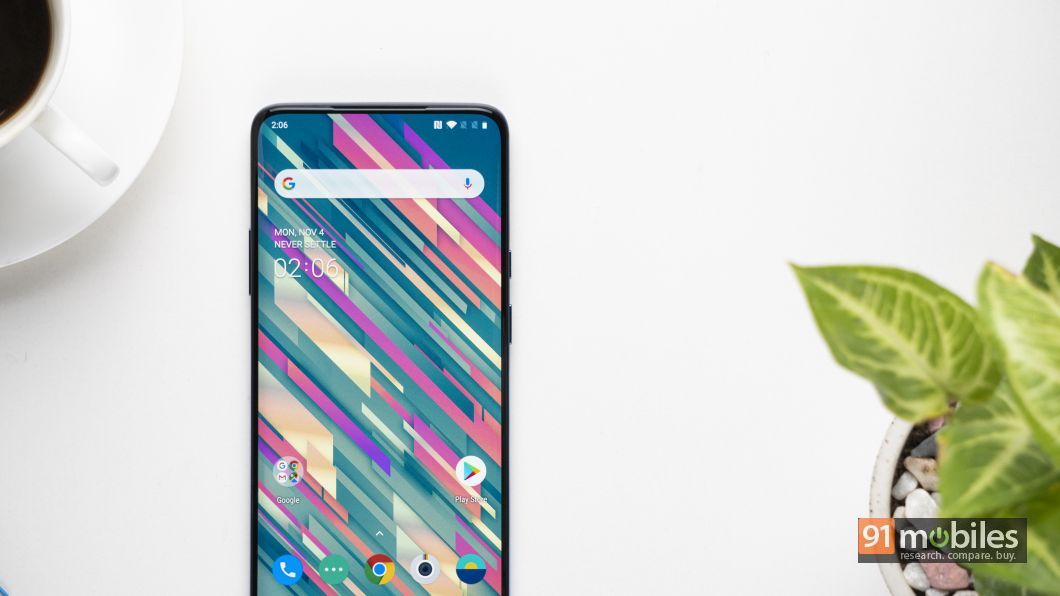 Coming back to the display, the 7T Pro’s panel offers excellent contrast and vibrancy which coupled with its HDR 10+ certification and minimal bezels, paves way for an immersive and enjoyable viewing experience. Furthermore, while the smartphone doesn’t ship with a headphone jack, it features a dual-speaker setup which gets satisfactorily loud. 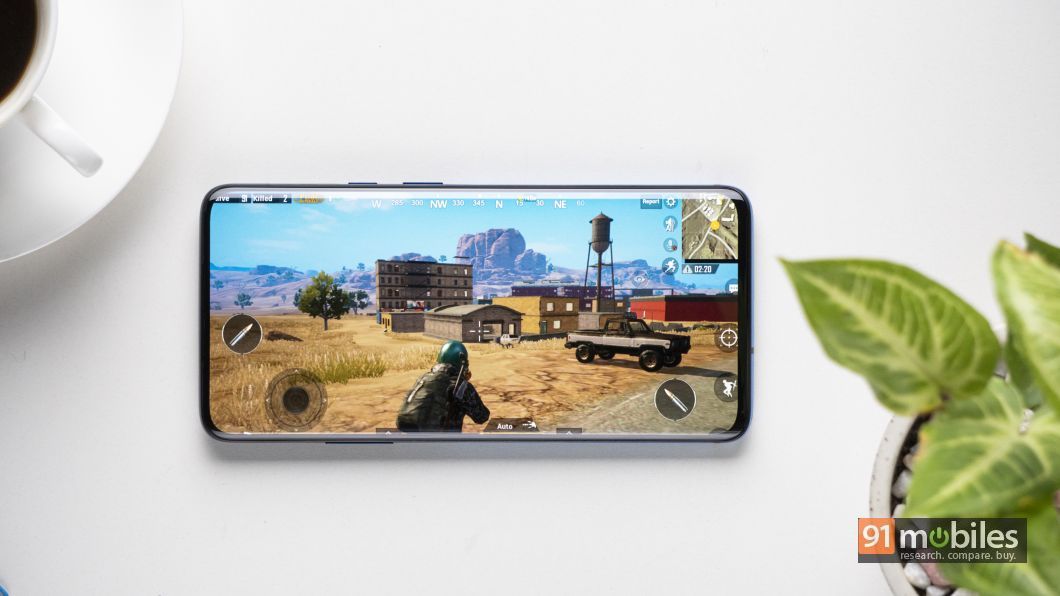 While the OnePlus 7T Pro draws parallels from the 7 Pro in the design department, it’s powered by the faster Snapdragon 855+ CPU. Now, the SoC is quicker than a standard SD 855 processor but not by much and therefore, you’ll see its benefits down the line, at the end of the smartphone’s life cycle rather than immediately. Regardless, the chip is plenty fast for day to day usage and coupled with the phone’s eight gigs of LPDDR4X memory and its 256 gigs of UFS 3.0 storage, you’ll rarely ever find any instances of lag or stutter on the device. Rest assured, the OnePlus 7T Pro is the fastest Android phone in the market alongside ASUS’ ROG Phone 2 (review). 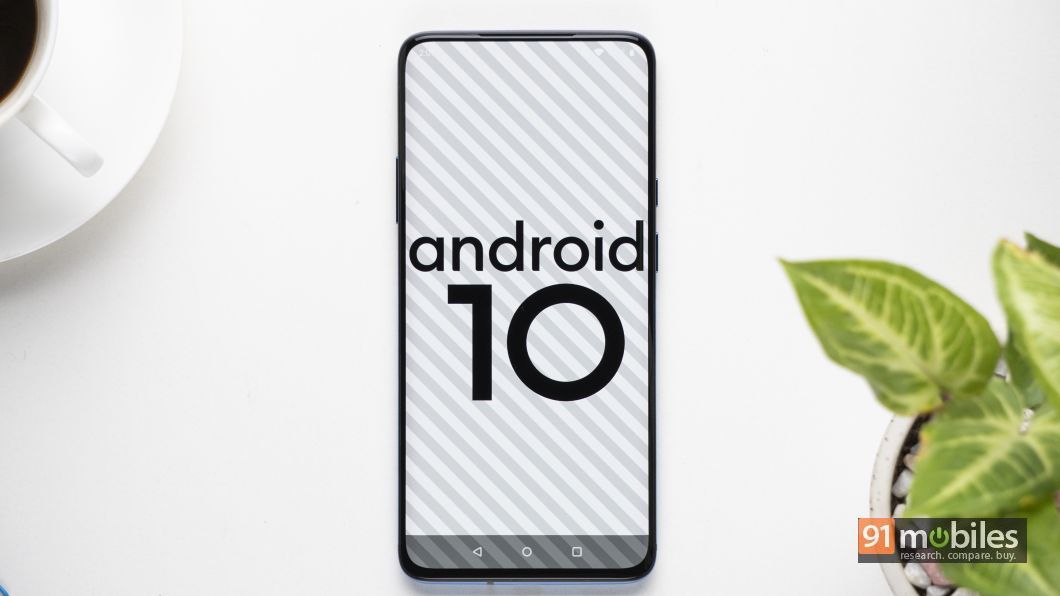 Software-wise, the 7T Pro boots a custom skin of Oxygen OS on top of Android 10. Now, I’ve detailed all the features of the custom skin in a separate post, so make sure to check it out. But, the TL;DR of UI is as follows – it’s the cleanest near-stock interface that ships with a wealth of useful features and customisation options. 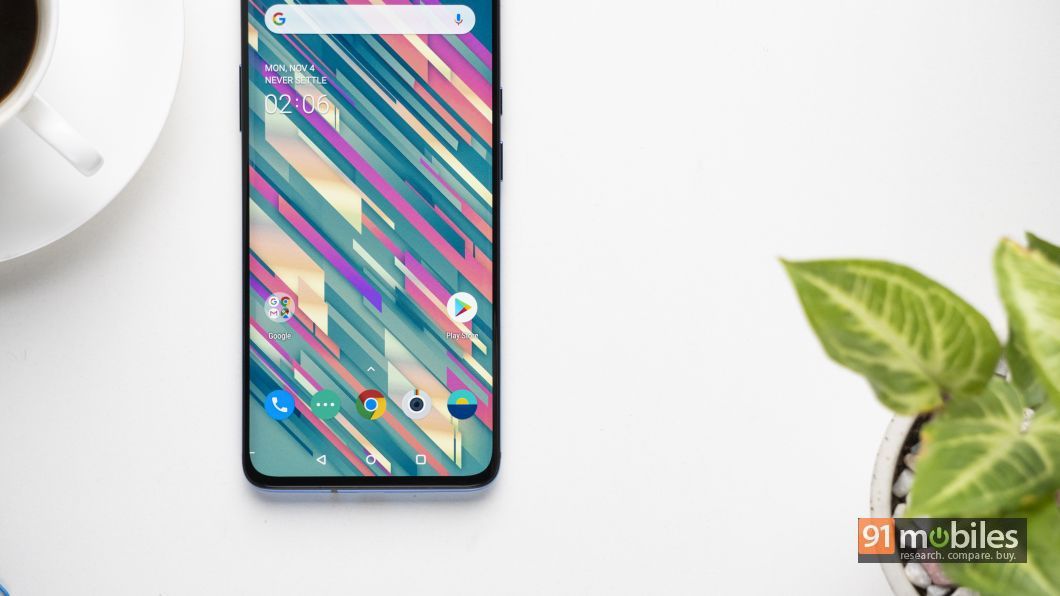 I’ve no complaints about the phone in the battery department either. The 7T Pro features a 4,085mAh cell, which is a hair beefier than its predecessor’s 4,000mAh battery. During my time with the phone, I was comfortably averaging five hours of screen on time on the phone, with the refresh rate set to 90Hz and the screen resolution set to adaptive mode. Now, unlike Vivo’s Nex 3 (review) or Huawei’s P30 Pro (review), it is possible to kill the phone in under a day. However, the 7T Pro charges back to 100 percent rapidly too, thanks to the new and improved Warp Charge 30T tech which is reportedly 23 percent faster than its previous iteration. Consequently, even if you do manage to bring the battery percentage down to single digits, you will be up and running in no time.

As for the cameras, the OnePlus 7T Pro ships with the same camera setup as its predecessor barring one small change. This time around, the smartphone comes with Laser Auto Focus for the rear camera setup, allowing you to lock on to the subject quicker. Other than that, the newer model features the same 48MP Sony IMX586 sensor, the same 8MP telephoto shooter and a 16MP ultra-wide shooter that debuted on the 7 Pro. What’s more, the company hasn’t tweaked the selfie camera either and with the 7T Pro, you’ll get a familiar 16MP Sony IMX471 sensor. 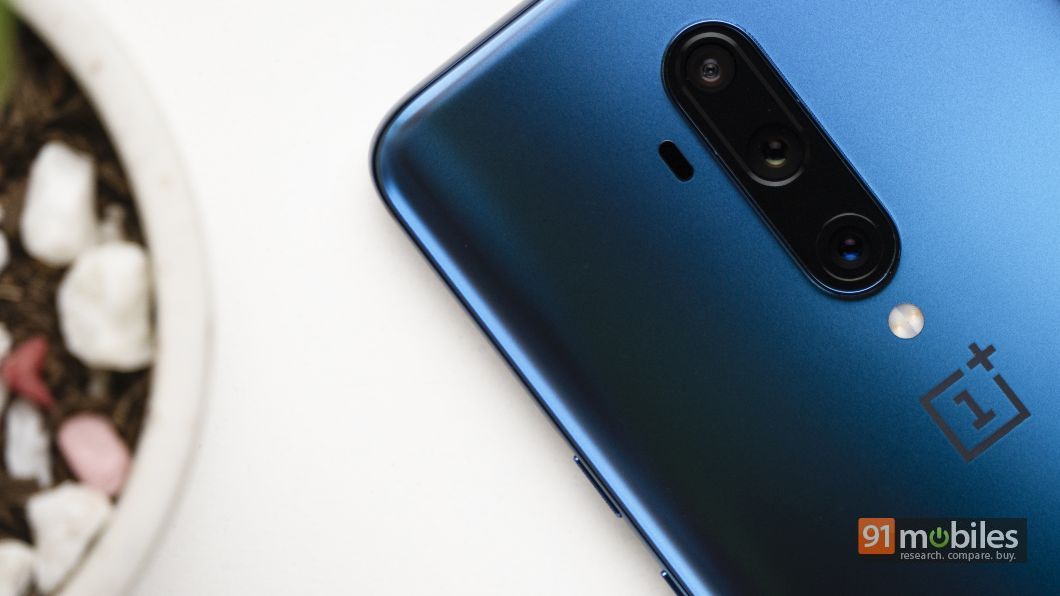 Unsurprisingly, photos taken with the 7T Pro aren’t night and day better than the ones you’d capture with the 7 Pro. In fact, both the phones click shots with the same amount of details and the only difference in the cameras can be dubbed down to their respective colour science. While the 7T Pro clicks more contrast-y photos with vibrant hues, the 7 Pro settles for subtler, more true-to-life shots. 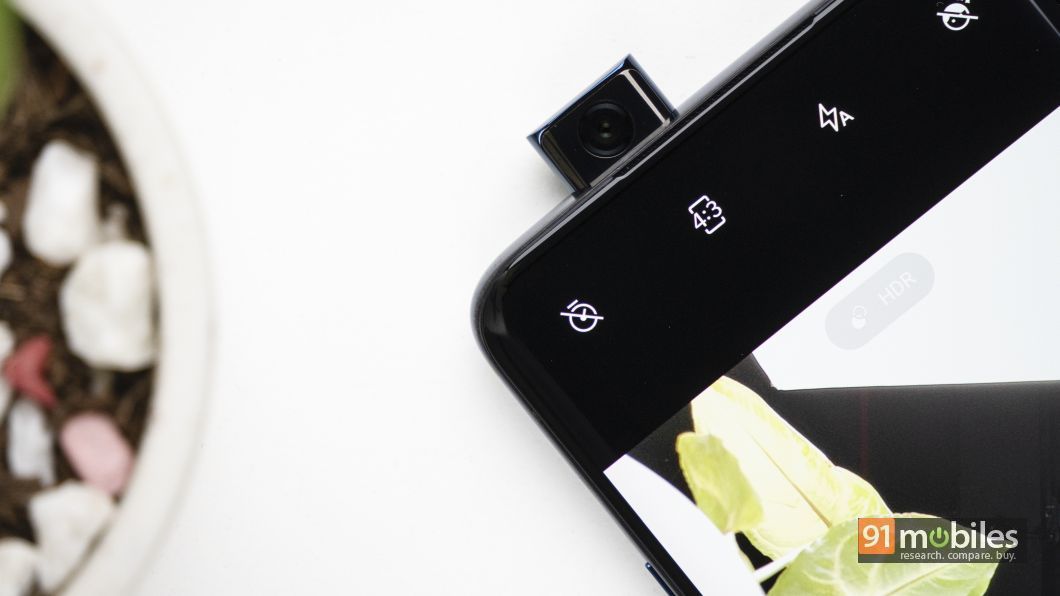 Depending upon your personal preference, you might find shots from the former to be overtly dramatic, or the ones from the latter a bit washed out. To give you a clearer picture (no pun intended), here’s a comparison shot from the two devices: 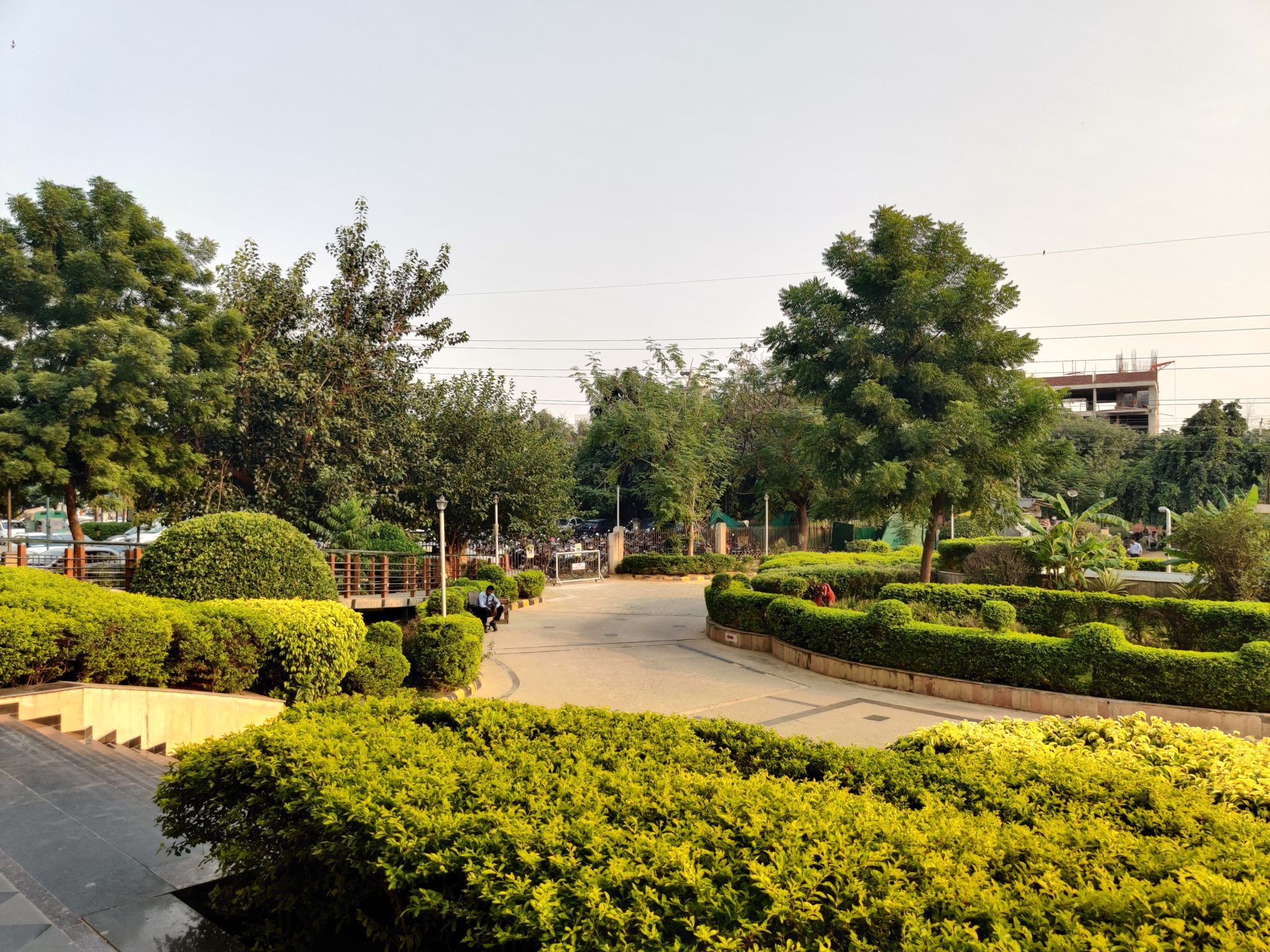 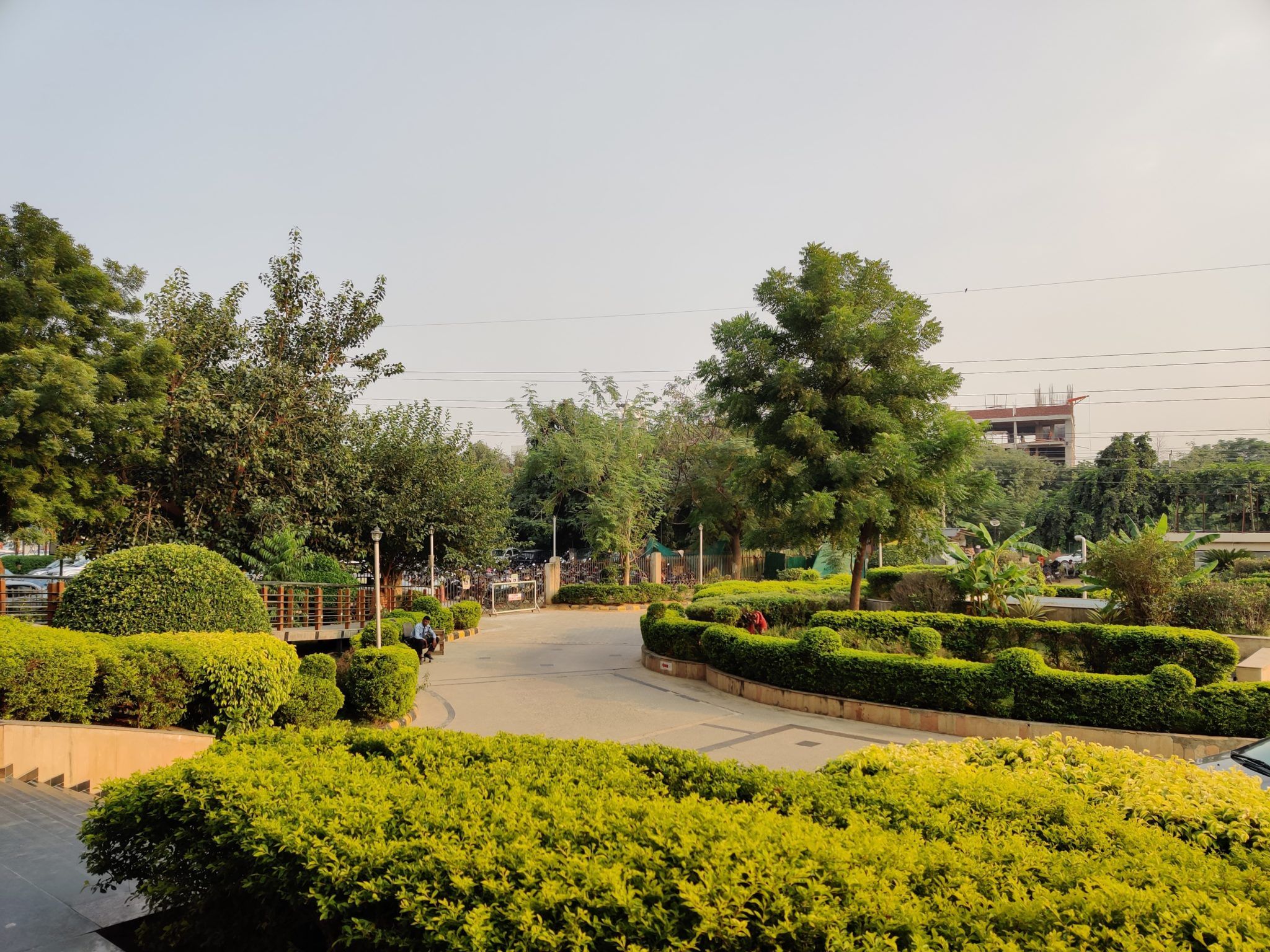 Regardless, the 7T Pro is a fantastic pocket camera and I didn’t have many complaints with the device during my stint with it. Shots during the day looked vibrant and punchy and had an abundance of details in them. That said, the dynamic range could be better as the smartphone darkened the shadows further and failed to bring out the details in them. On the flip side, both, the wide-angle lens and the portrait mode click stellar photos under the sun with the former offering distortion-free shots of a vast landscape and the latter exhibiting a consistent blur effect across the edges of the subject.

The lowlight performance of the device is top-notch too and photos taken after the sun has set don’t exhibit too much noise. What’s more, you can even use the built-in nightscape mode to output a sharper image at night. A word of advice though – while the nightscape mode reduces instances of lens flaring and outputs a cleaner photo, it also brightens up the image a bit too much. Therefore, the lowlight shots at times lose their authenticity and look grossly edited. 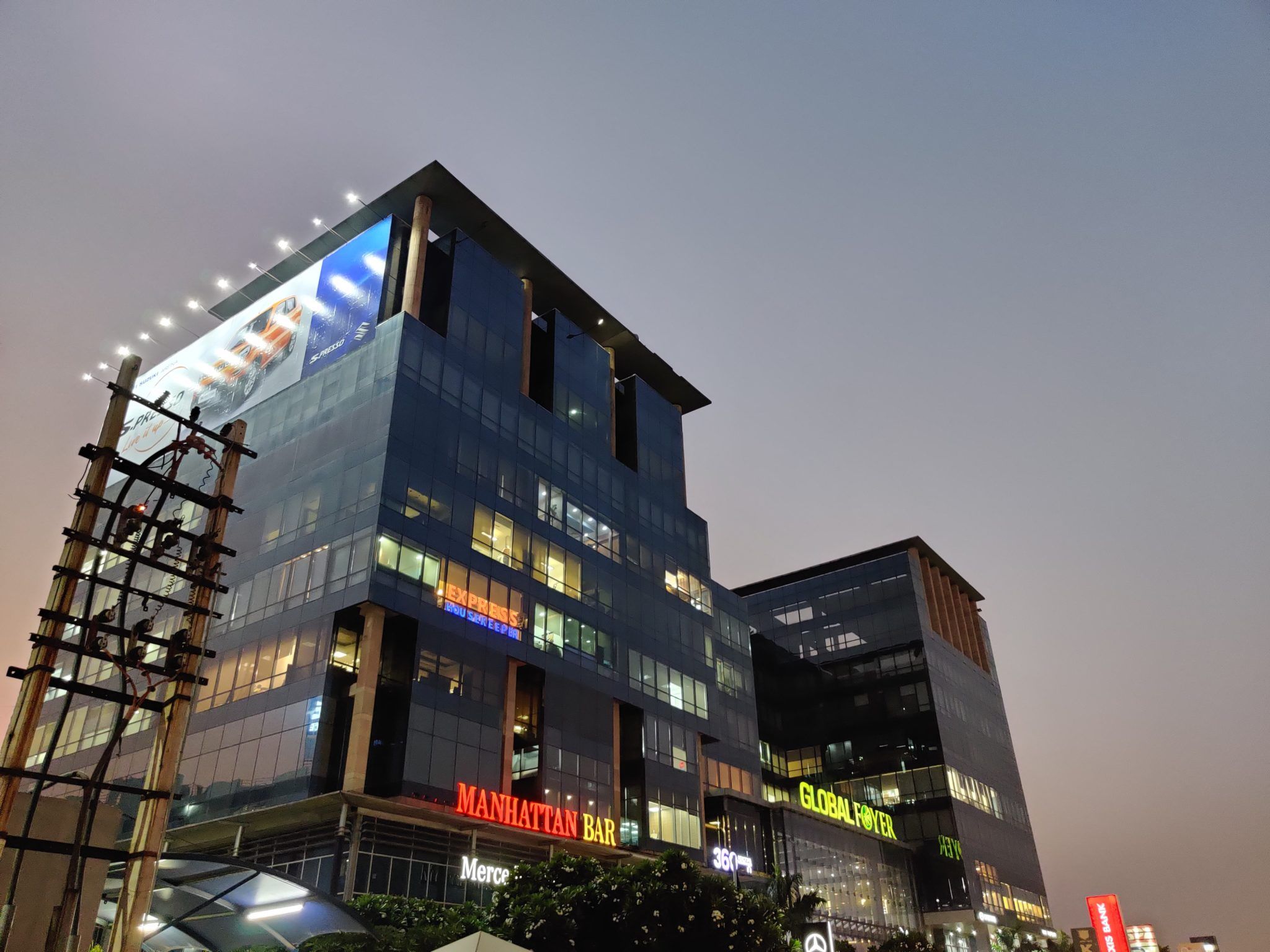 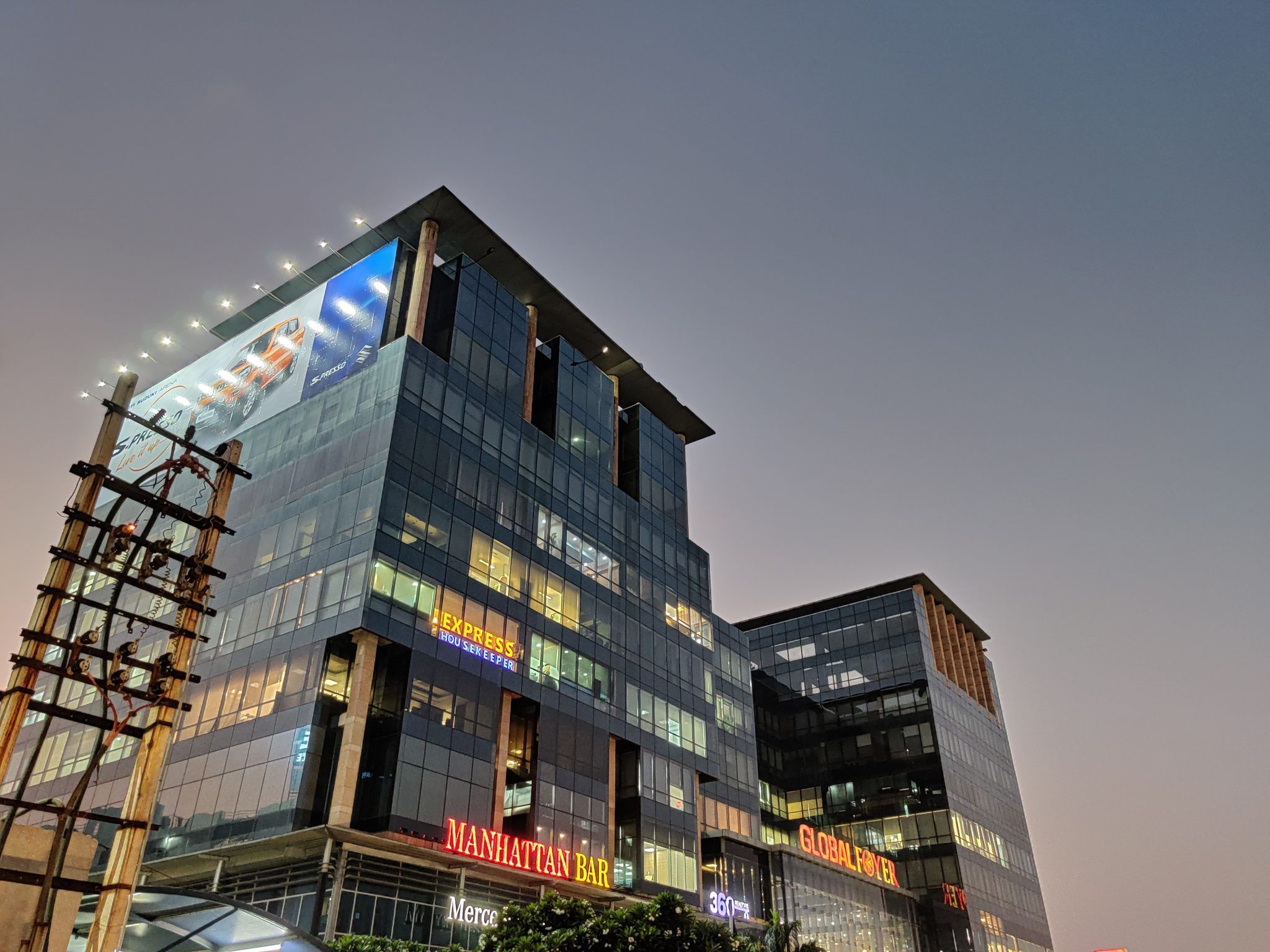 On the bright side, the 7T Pro’s 16MP selfie camera is in a league of its own and the shooter clicks detailed selfies with natural-looking skin tone and plenty of sharpness. You’ll even get a Super Macro mode with the phone which lets you get extremely close to a subject – 2.5cms to be precise. The mode works well but you’ll need really steady hands in order to get away with a serviceable image.

Why pay in full when you get EMIs with 0% interest?
Buy OnePlus 7 Pro now and pay later in flexible EMIs!
Know More

The OnePlus 7T Pro retails for a starting price of Rs 53,999 and for the price, offers a stunning design, an immersive display, great performance, capable cameras, and reliable battery life. Unfortunately, the smartphone doesn’t bring anything new to the table and doesn’t come across as a worthy upgrade over the brand’s OnePlus 7 Pro. 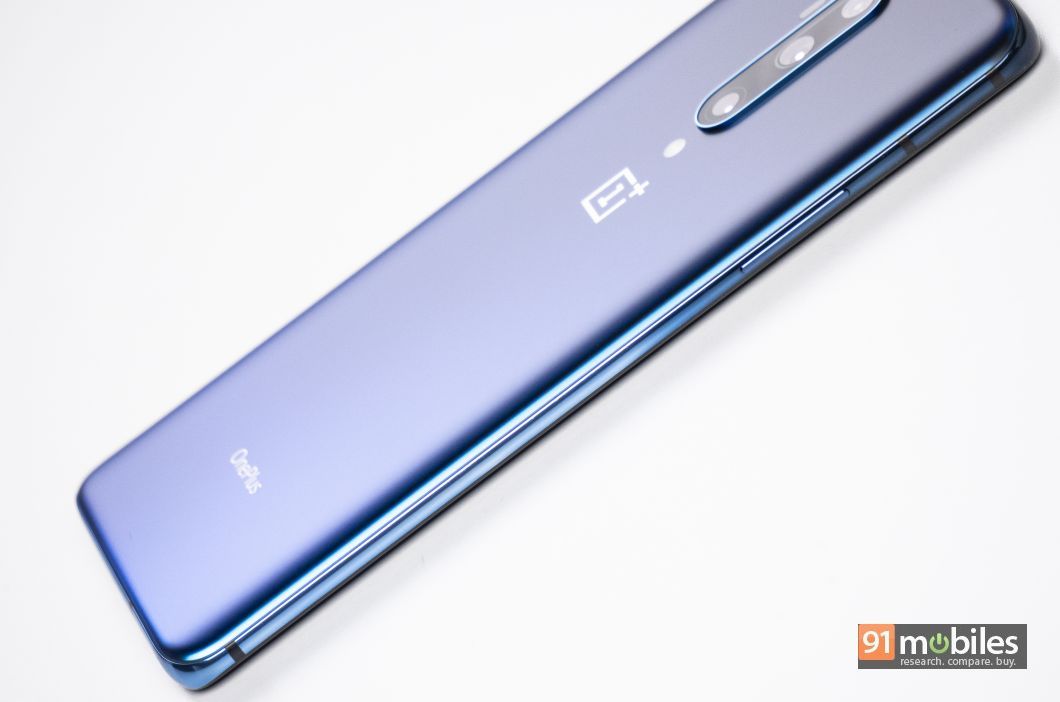 Don’t get me wrong, the 7T Pro is an excellent flagship and provided you’re upgrading from a device that’s over a year old, you will not be disappointed with your purchase decision. However, OnePlus still omits several ‘Pro’ features, including support for wireless charging and IP rating which I’d hoped the company would address with its latest offering. 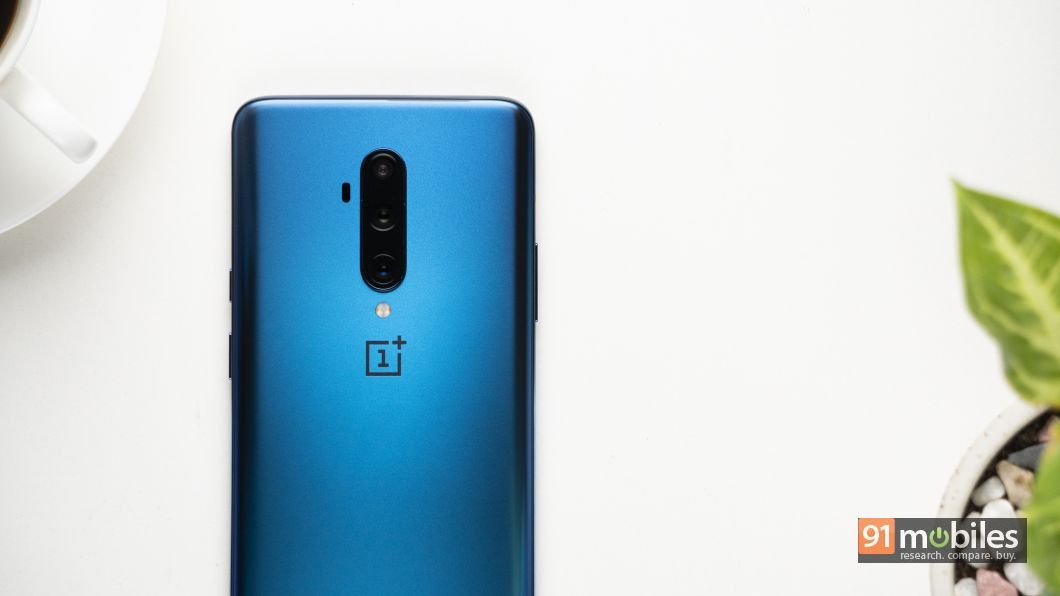 What’s more, if you can forego the smartphone’s high-res panel, then the OnePlus 7T comes across as a much better deal, seeing how it features the same CPU and camera setup. This begs the question – are you willing to pay Rs 12K extra for more densely packed pixels on a 6-7-inch screen? If the answer is yes, then by all means, go for the OnePlus 7T Pro. If not, then the 7T is where your money’s at.