“Our take on Vivo’s latest flagship – the Nex 3”

Pop-up camera phones are all the rage at the moment and you’ve Vivo to thank (or despise) for that. The company was the first to the scene with an elevating camera phone in the form of the Vivo NEX (review) and over the years, the brand has put up numerous devices to showcase its futuristic vision. Be it the dual-screen NEX that followed, or the button-less Apex concept we toyed with a while ago, the brand has never been afraid of pushing the boundaries with the design of its products. 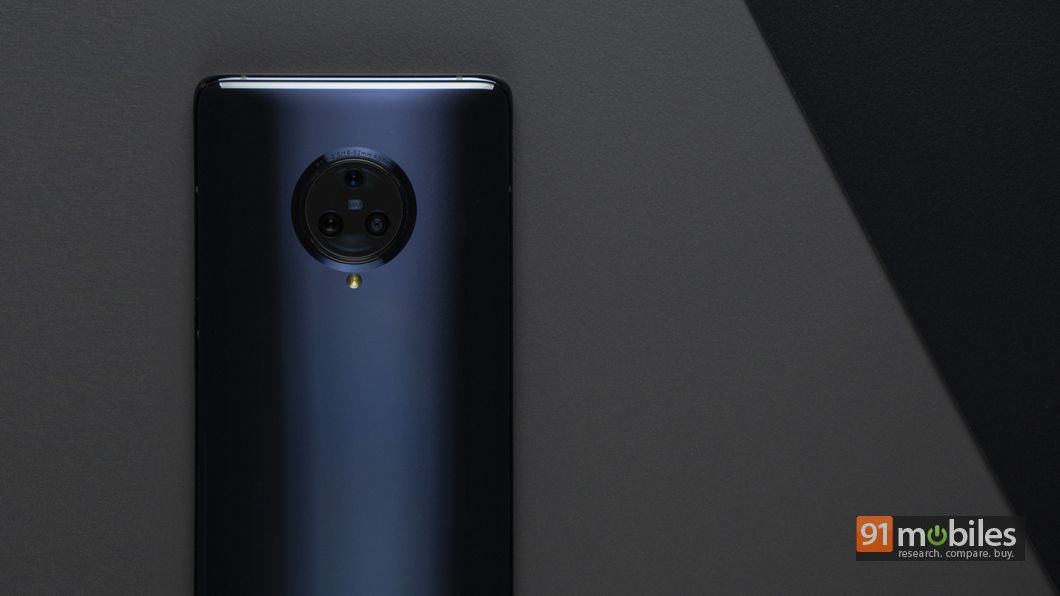 This brings us to the NEX 3, which is the company’s latest flagship smartphone expected to hit the Indian shores soon. I managed to get my hands on a unit and after spending a week with the device in my ‘now baggy’ pockets, I’ve some thoughts. Stay with me.

Xiaomi might’ve hogged all the limelight recently with the Mi Mix Alpha, the company’s futuristic all-screen phone with an unheard screen to body ratio of 180 percent. But, let’s face it, the device is still a concept and if you’re looking for the most screen on any phone, Vivo’s NEX 3 is currently your best bet. The device features a gigantic 6.89-inch, dual-curved AMOLED panel which canvases over 99.6 percent of the smartphone’s front. 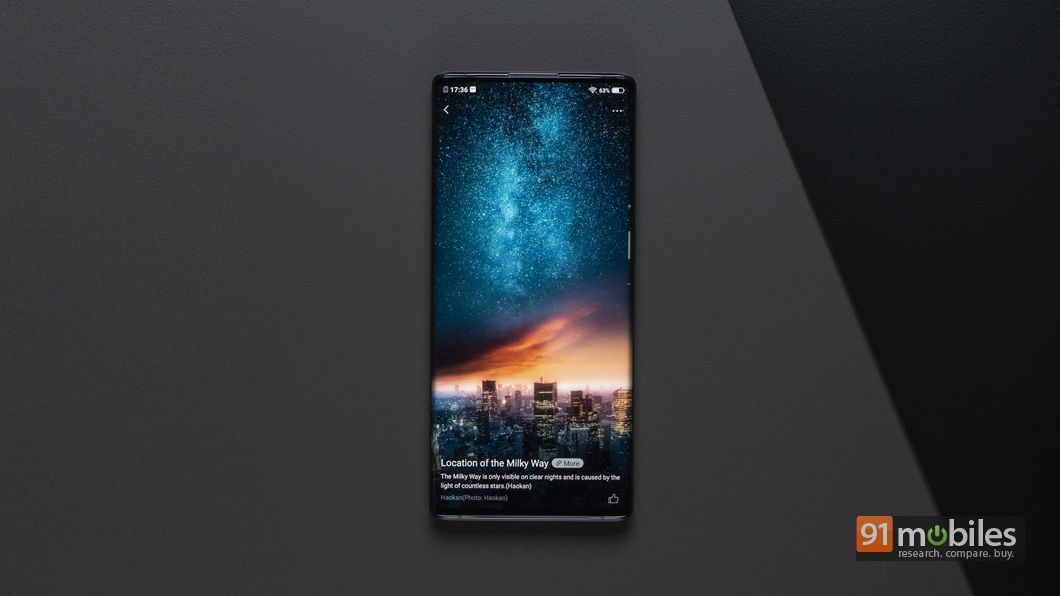 Honestly, it’s baffling to have so much screen real estate on a device which – with a little effort – fits perfectly well in the pocket of my jeans. For comparison’s sake, the display on the NEX 3 is almost as big as the one on Google’s Nest Hub (review), a product designed to sit in a corner at your home. 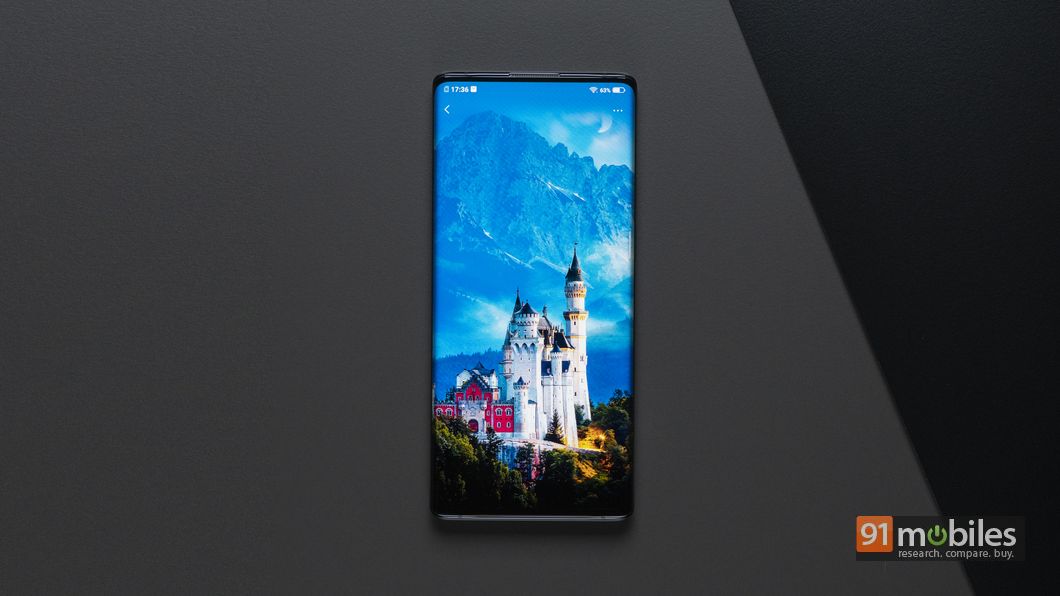 Numbers aside, the display on the Nex 3 is, in a word, stupendous. The panel is AMOLED and sports full HD+ resolution, making it plenty sharp and vivid to binge-watch movies and TV shows. What’s more, since the screen seeps into the edges, the bezels are almost non-existent on the NEX 3 which in turn paves way for an immersive media consumption experience. Vivo has also added some software tweaks which leverage the smartphone’s Waterfall panel (yes, that’s what the company is calling it) to the fullest. 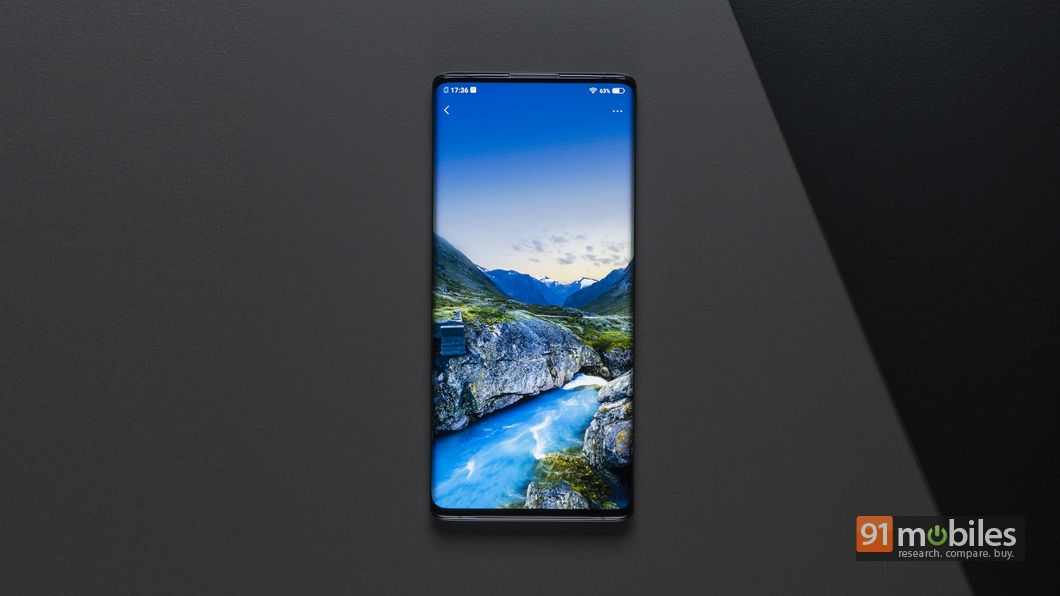 For one, you can enable an ambient light effect to pop up along the panel’s curvy edges whilst receiving notifications, akin to Samsung’s Galaxy S range of smartphones. Furthermore, you can even choose from four different dynamic light effects that are displayed on the curved edges of the phone when listening to music. Lest I forget, the panel also comes with support for always-on functionality, allowing you to quickly glance at your notifications. 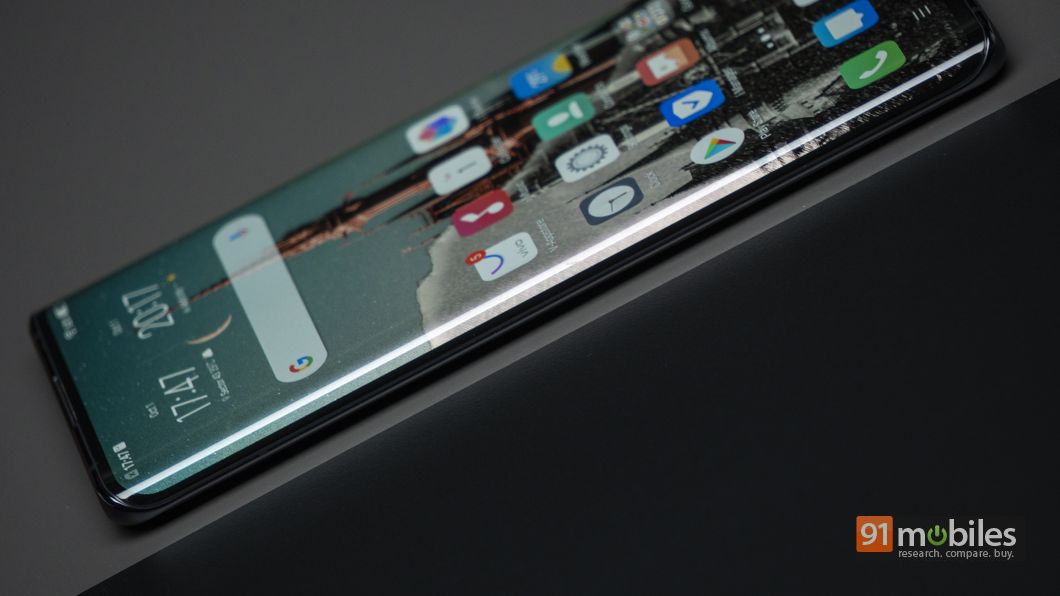 While I’ve been all praise about the NEX 3’s panel, it does have its quirks. For starters, there’s a blue tint on the curved edges, which is extremely noticeable on light backgrounds. Furthermore, the panel exhibits glaring issues too, making it impossible to enjoy media to the fullest in a well-lit environment. 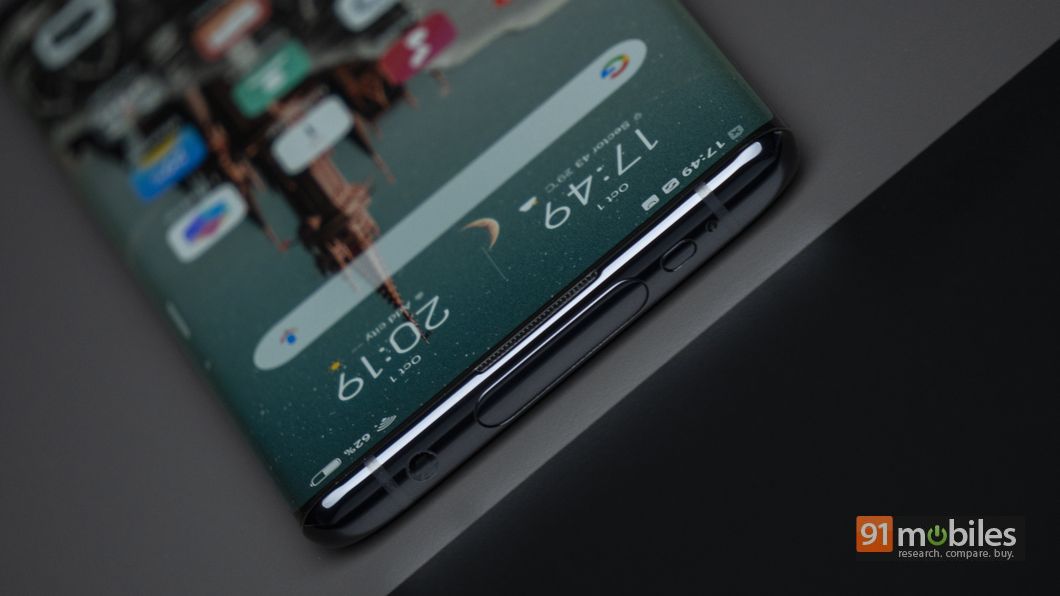 I’d also like to point out that unlike the competition, the smartphone isn’t as comfortable to hold and operate. The device is extremely chunky which coupled with its razor-sharp trim and curvy display makes it a bit unwieldy. The company does bundle a sturdy case with the device, which somewhat bettered my one-handed usability with the phone. However, the case covers the smartphone’s physical power button, which has been positioned up top. Not that you’d have any use for the button in the first place, as it sits flush with the smartphone’s chassis and in my opinion, has been deployed as a failsafe for the device’s pressure-sensitive toggles. 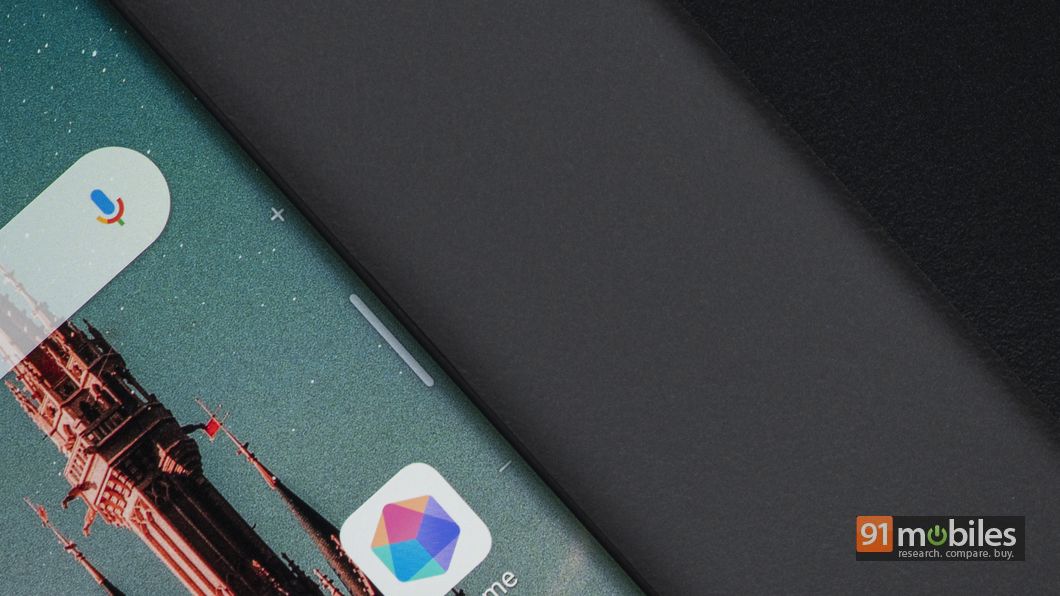 Which neatly segues into my final gripe with the NEX 3’s design – its pressure-sensitive power button and volume rocker, which during my testing, turned out a little too finicky. Moreover, despite featuring a patterned finish, I couldn’t tell the power button from the volume rocker apart, even after using the phone for a good number of days. Barring that, the design of the NEX 3 is – in two words – flagship-grade. The handset sports an all-glass construction, ships in a bedazzling yet subtle purplish hue and even features a headphone jack. There’s also the AK4377A independent audio chip bundled with the device which delivers pristine, magical audio to your ears and more than makes up for the phone’s tinny-sounding, mono speaker. 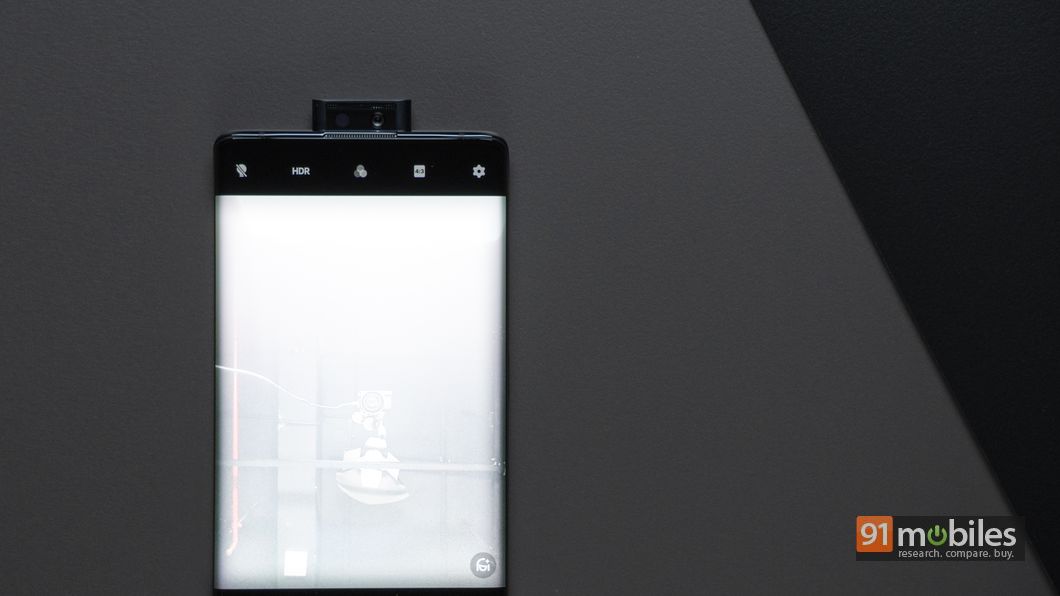 The NEX 3 also adheres to popular stylistic choices and features a pop-up selfie-camera module, along with an in-display fingerprint sensor. Unfortunately, much like the company’s V17 Pro (review), the NEX 3 doesn’t feature face unlock and instead, offers assistive facial recognition which kicks in should the phone fail to recognise your fingerprints thrice in a row. Thankfully, the NEX 3’s fingerprint sensor is as good as it gets, and I rarely ever had to peep into the elevating camera mechanism to unlock the phone.

I don’t say this often, but the Vivo NEX 3 offers a complete camera package and the device captures fantastic photos. Towards the back, the smartphone features a 64MP main shooter, which has been paired with a 13MP telephoto lens and a 13MP wide-angle snapper. For selfies, the device comes with a 16MP front camera with a dedicated LED flash module. I’ve summarised my experience with the smartphone’s camera setup below, so take a gander

1. Shots taken during the day have ample details and vibrant colours, which can be accredited to the smartphone’s AI engine. The dynamic range is spot on too, and the smartphone manages to bring out the details in the shadows without overexposing the highlights comfortably. In fact, the pictures from the handset’s camera look so good that you’d seldom need a filter to spruce them up. 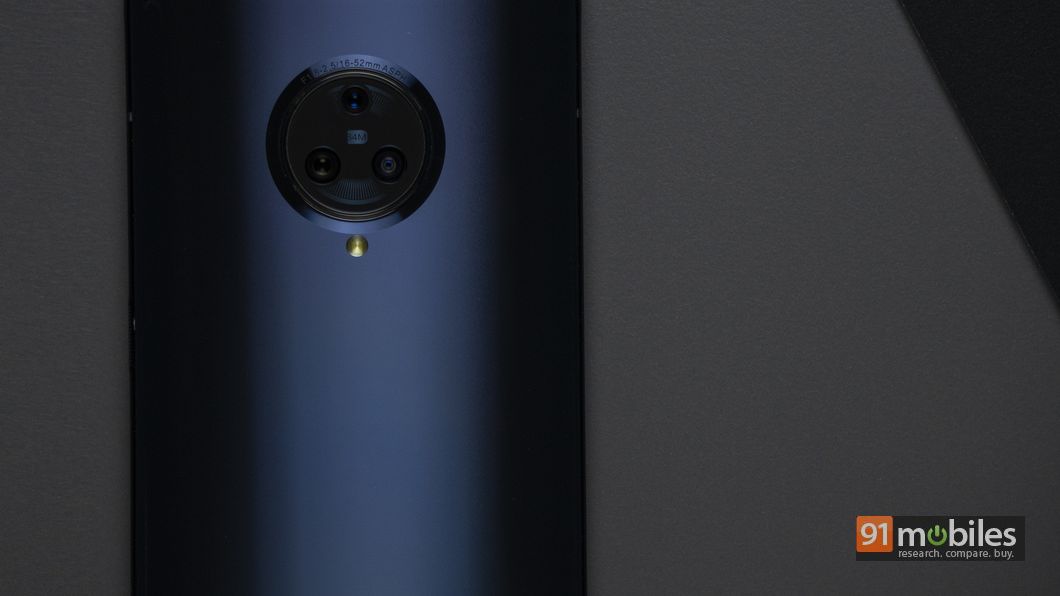 2. The wide angle and telephoto shooters open up the possibility to click a ton of creative shots and unlike the competition, the colour science is more or less consistent across the three rear-facing cameras. What’s more, there’s minimal distortion towards the edges when clicking photos with the wide-angle lens and while you do miss out on some detailing, the pictures look fantastic regardless. I’d also like to point out that the 64MP mode does in fact, offer more details provided you’re willing to pixel-peep in images.

3. The smartphone even ships with a macro mode, which can click good photos provided you have a stable hand. That said, you will still be left wanting for a little more clarity in shots with a lot of red in them, as the smartphone blotches the hue greatly. Case in point, the close up of the flower I’ve attached in the sample shots wherein, it’s difficult to tell one petal from the other. 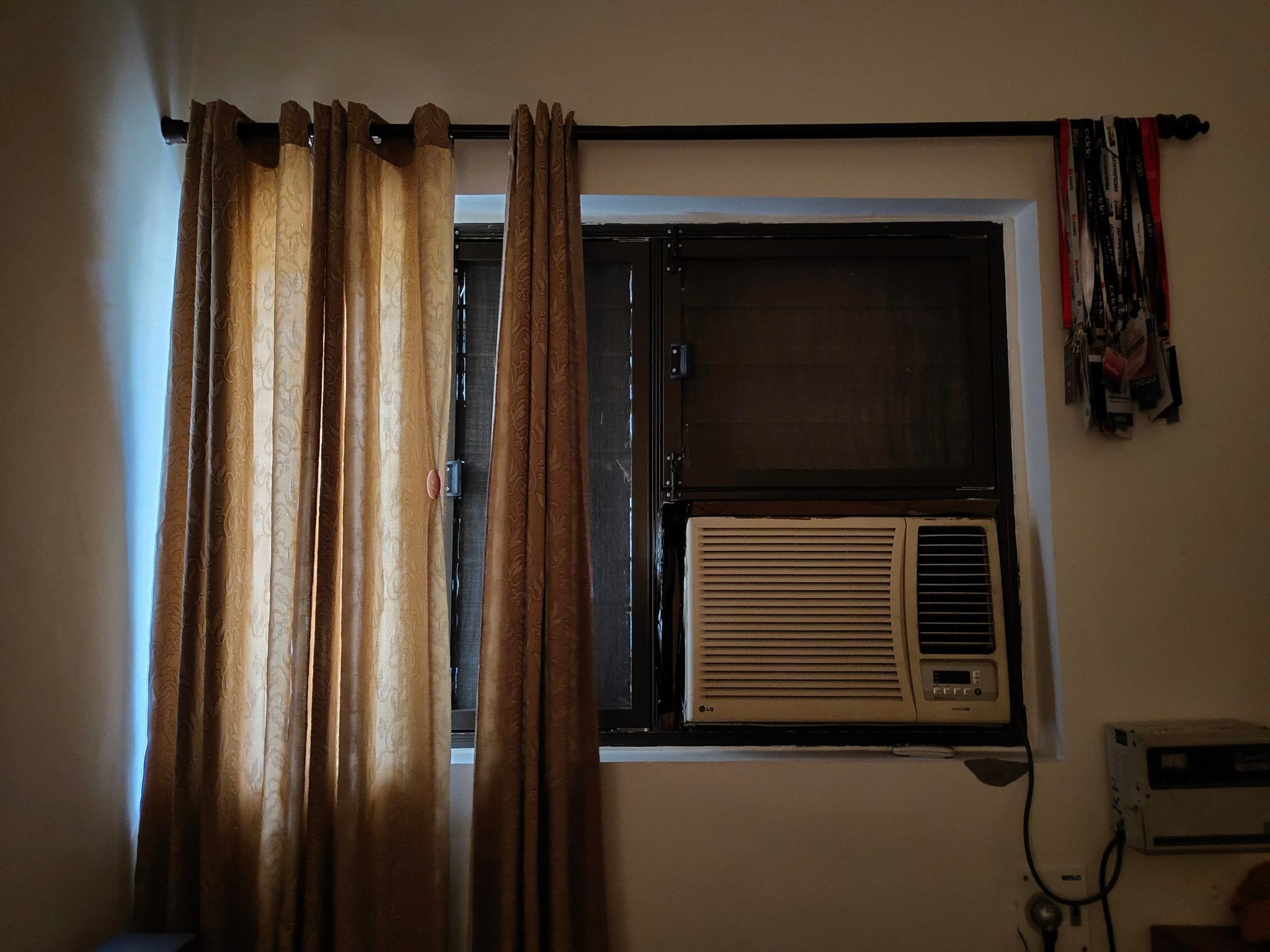 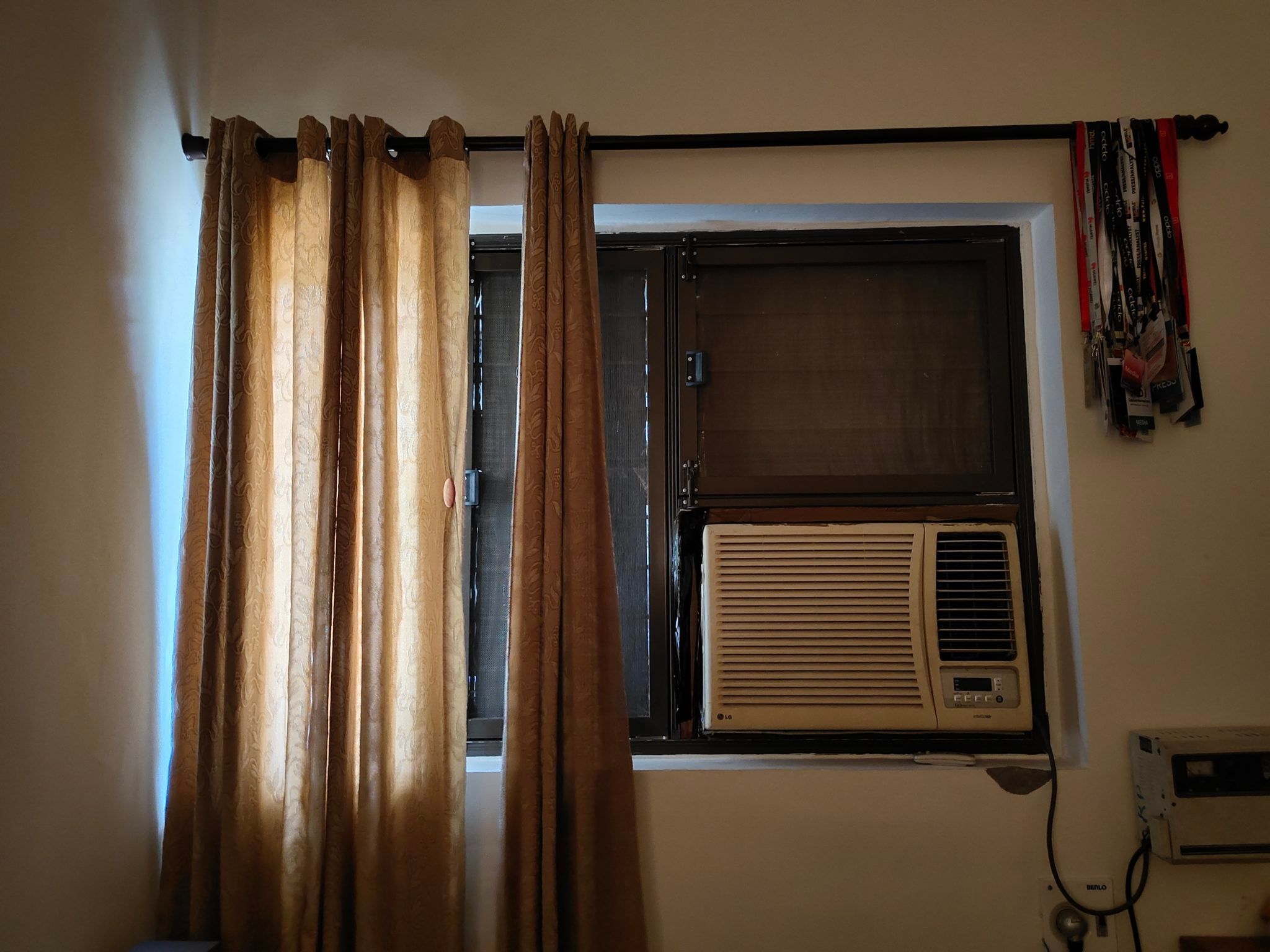 4. The device also ships with a dedicated night mode which works as advertised. As can be seen from the comparison shot, the details in the media badges is significantly higher in the second shot, and there’s noticeably lesser grain in the photo too. Suffice it to say, the Nex 3 is more than capable of capturing a moment after the sun has set. 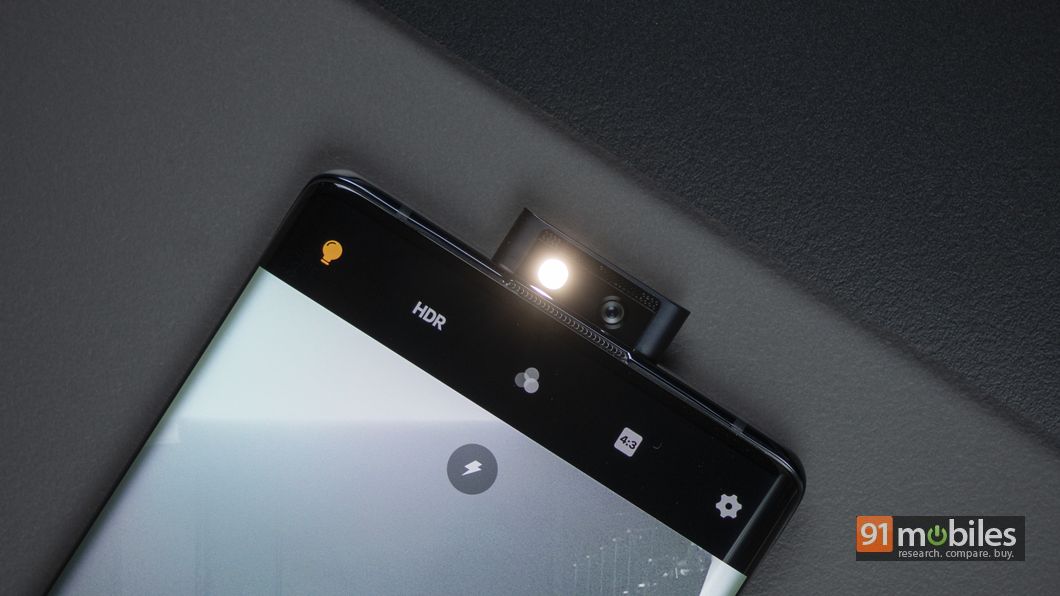 5. I thoroughly enjoyed clicking selfies with the phone’s 16MP front-camera too. That being said, Vivo really needs to let users disable the beautification features with the tap of a button. As it stands, I had to disable numerous settings for the phone to output a natural-esque self-portrait. Speaking of which, the bokeh mode for the front camera is pretty good too and it offers a consistent blur effect around the subject’s face.

Suffice it to say, the NEX 3 offers a satisfying photography experience so with that, let’s talk about the smartphone’s performance.

The NEX 3 is backed by Qualcomm’s latest and greatest, Snapdragon 855+ processor which has been paired with 8GB of RAM and 256GB of built-in, UFS 3.0 storage. Folks, I won’t beat around the bush and waste your time – the NEX 3 is among the quickest Android phones you can buy right now and it can easily juggle multiple applications simultaneously or play intensive games like PUBG and Call of Duty at the highest graphics preset. 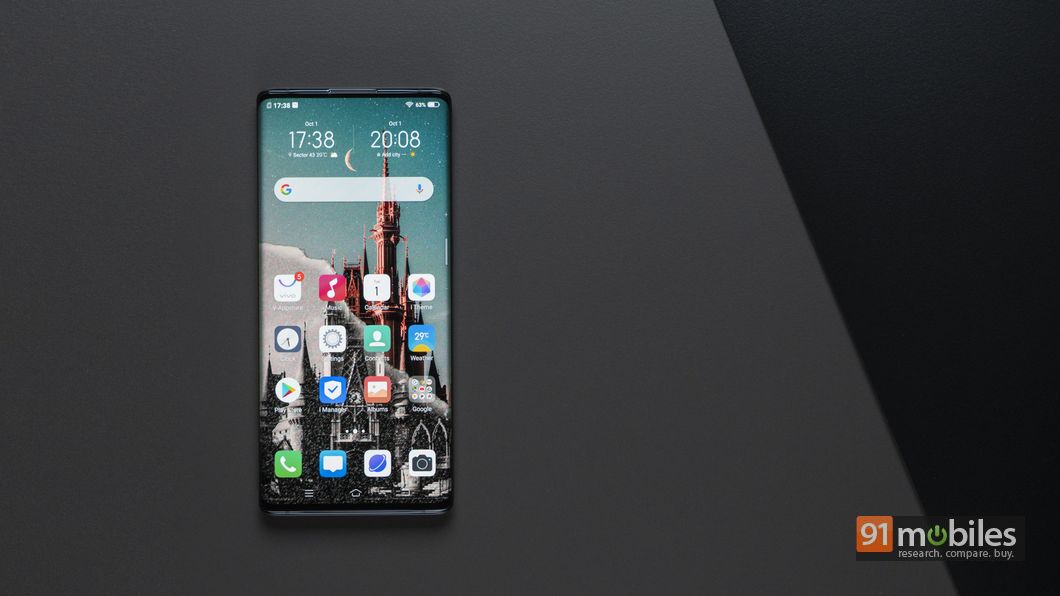 That said, the handset felt a tad-bit slower to use compared to say, the OnePlus 7T (review) which features a high refresh rate panel, thereby making animations and in-app transitions feel quicker and more responsive. Regardless, the NEX 3 is a top-spec phone and you won’t feel the urge to upgrade from it for at least two years down the line. 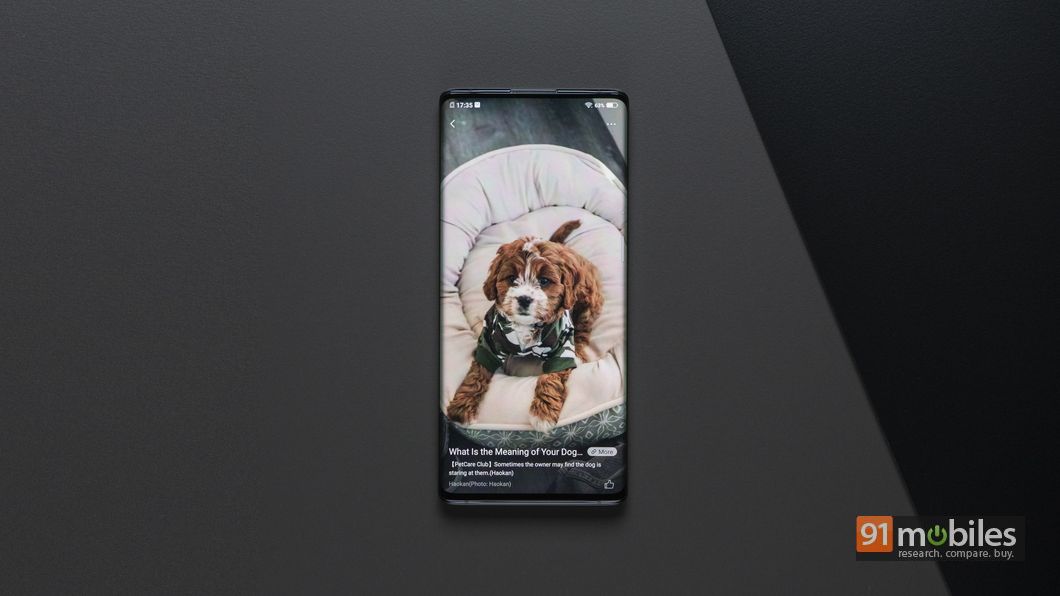 If I’ve said it once, I’ve said it a million times – I am not a fan of Vivo’s custom skin, FunTouch OS. And, on the NEX 3, it feels clunkier since it requires a lot of hand gymnastics. Take for instance, the gesture to bring up system toggles, which involves a swipe up from the smartphone’s bottom bezel which, let me tell you, is easier said than done on a device of NEX 3’s stature. 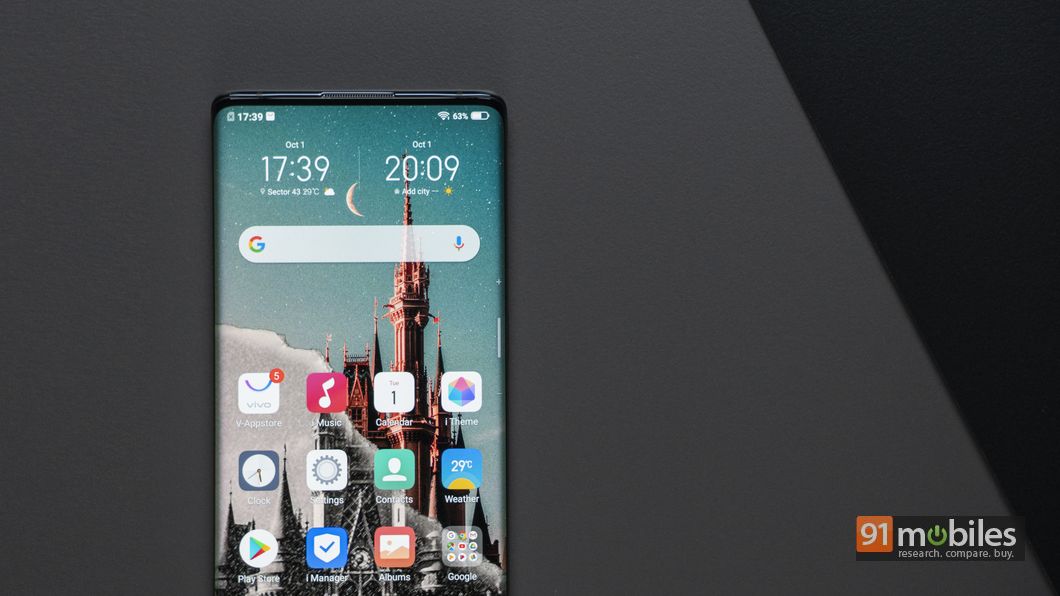 You do get some useful features with the custom skin such as a dark mode which doesn’t just invert the colours of the system’s user interface, but also for most of your installed applications like Instagram, WhatsApp and Snapchat. Regardless, I still felt more comfortable using the phone with a third-party launcher layered on top. 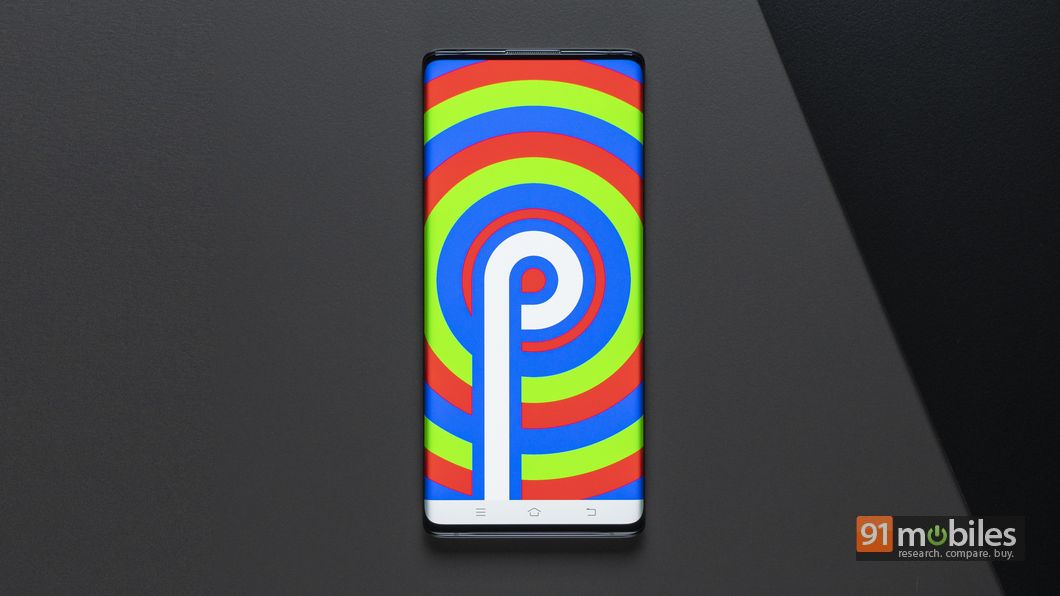 It’s getting increasingly difficult to recommend a smartphone to buyers looking for options in the premium affordable segment. I say this, because there is a wealth of stellar devices, both from this year and premium phones launched in 2018 which have come down in pricing which are up for grabs right now. On that note, the NEX 3, which starts at ¥4,998 (~Rs 50K) offers a stellar camera setup, great performance, an immersive display, a long-lasting battery life and a headphone jack with surreal audio output. 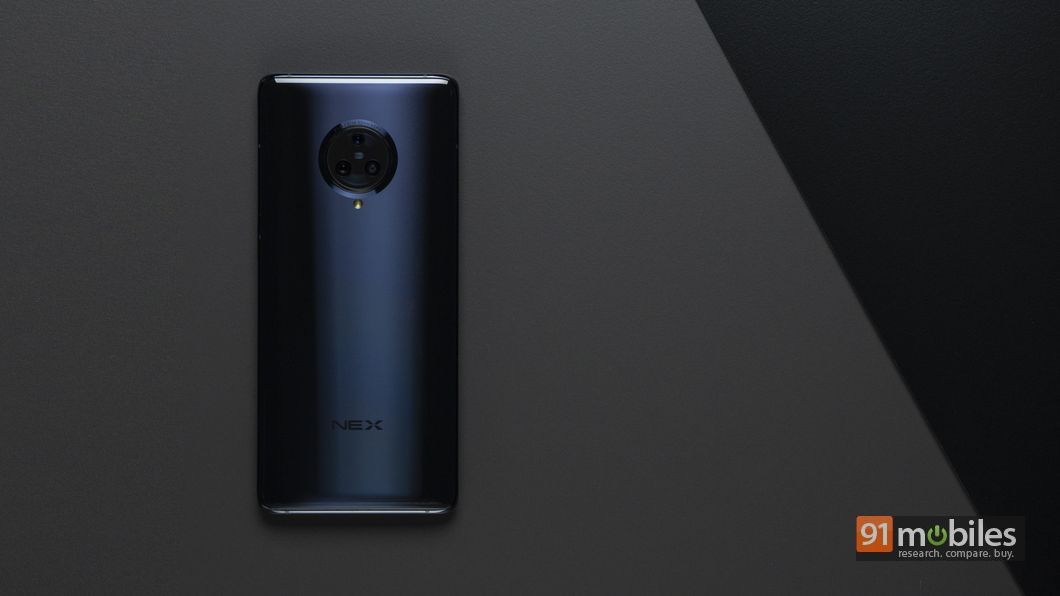 That being said, the pricing of the smartphone puts it in contention with devices like the OnePlus 7 Pro (review), which brings a better display and louder speakers to the table. Despite that, I feel that the NEX 3 has what it takes to challenge the big guns in the industry. There’s no confirmation when the NEX 3 will be launched in India, if at all. But if it does comes to our shores, and if the company can be a little competitive with its pricing, Vivo just might have a winner on its hands with the NEX 3.