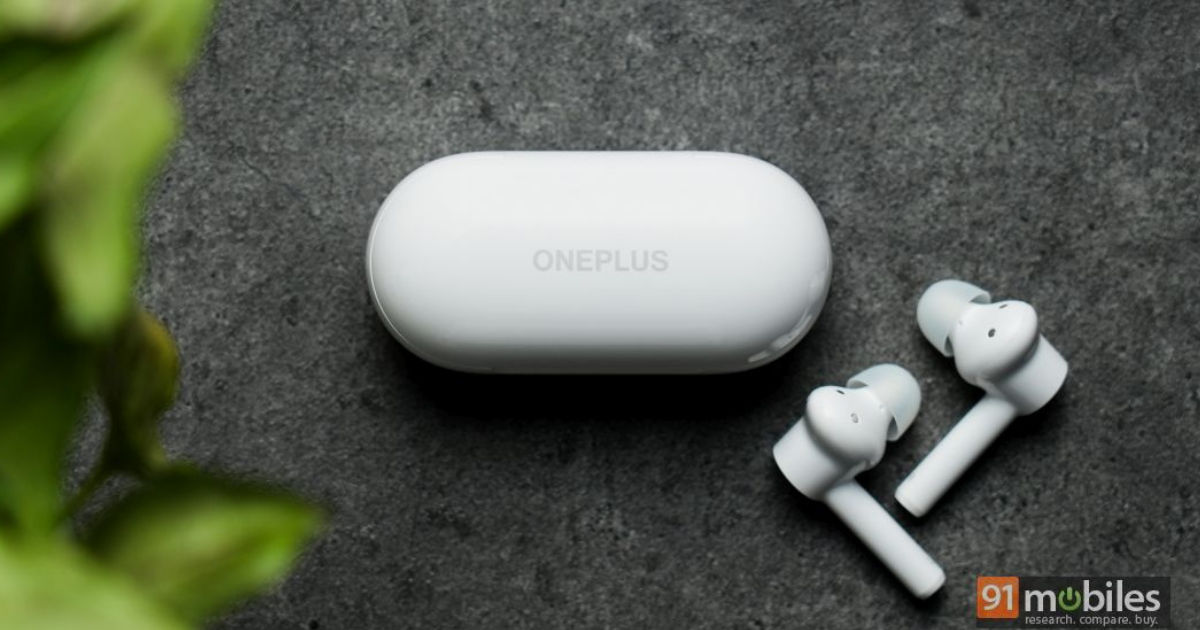 I’ll be the first to admit that I wasn’t the biggest fan of the OnePlus Buds. Don’t get me wrong – they didn’t sound bad for the price but the unit’s “semi in-ear fit” was just not my cup of tea. Thankfully, OnePlus is not the type to sit on its laurels, and recently, the brand announced the Buds Z. The company’s latest offering isn’t just lighter on the wallet, but it also sports a more conventional, seen-before design that for many, will offer a better seal in the ears. 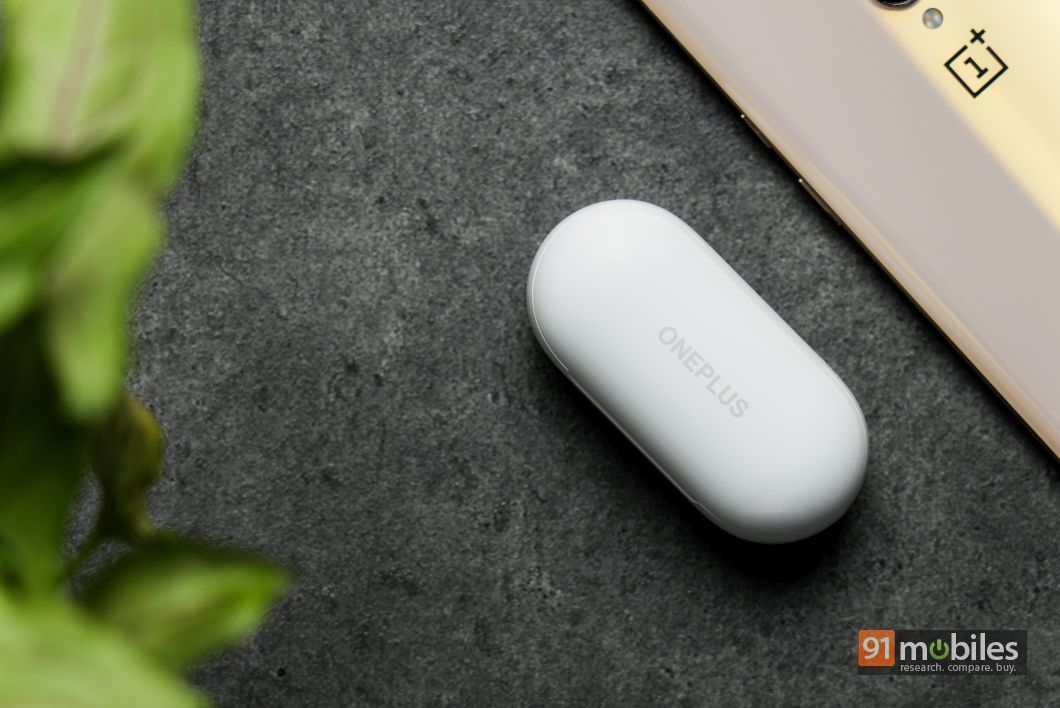 Of course, there’s no shortage of affordable TWS earbuds in the market, so can the OnePlus Buds Z stand out and carve a name for themselves? Let’s find out.

OnePlus has a penchant for designing sophisticated products, but in the case of the Buds Z, the company has kept things fairly straightforward. Consequently, there’s nothing standout about Buds Z’s appearance and from a distance, it’s hard to tell them apart from the OG OnePlus Buds. But, look closely and you’ll notice that the ear tips on the Z model are vastly different – and as far as I am concerned, superior – to the ones on the OnePlus Buds. You see, not only did the Buds Z stick to my ears better, but the earphones also offered better passive noise isolation too. I also noticed some acoustic benefits thanks to the Buds Z’ re-engineered fit, which I’ll address in the subsequent sections. 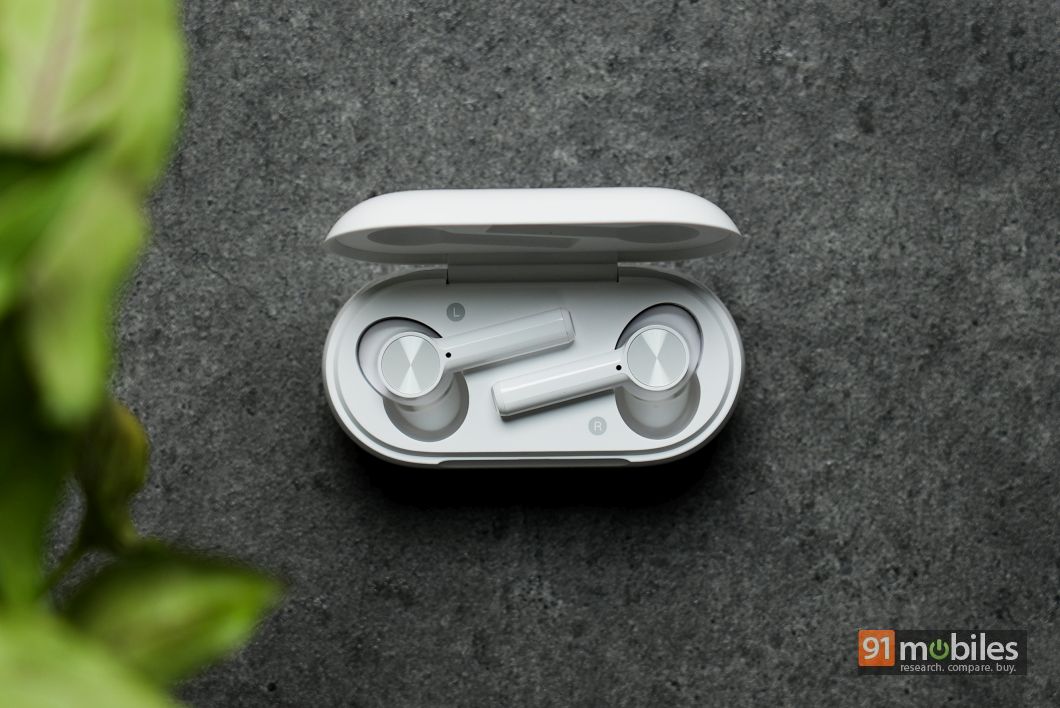 Moving on, the Buds Z have been constructed in entirety using plastic and ship with a glossy coat of paint. The unit sent to me for review comes wrapped in a white hue, which contrary to popular belief, didn’t pick up stains easily. That said, the Buds Z are available in a grey colourway too, which going by the product shots, looks a tad nicer. Regardless of which shade you opt for though, you’ll find the Buds Z’ fit par excellent. The earpieces weigh in at under 5g each and I didn’t notice any ear fatigue set in after wearing the buds for several hours. The only downside here is that the earpieces protrude outwards ever so slightly, making them uncomfortable to wear to bed.

Now, it goes without saying that the Buds Z ship with a bundled case, which is used to stow away the earbuds when not in use. Much like the earbuds, the case has been constructed using plastic too, and it resembles a tiny Beats Pill speaker. I’d like to add that the unit is remarkably compact and it comes with added niceties like magnetic clasps and a USB Type-C port for charging. A complete package, so to speak. 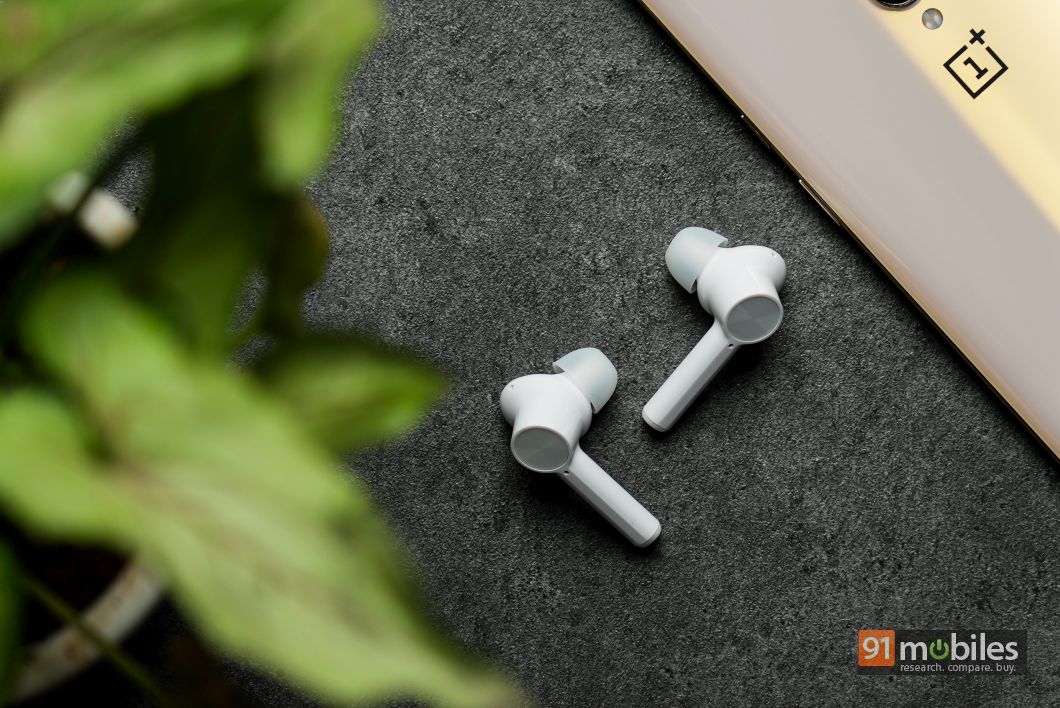 As for the convenience-based features, the Buds Z offers quick pairing and consequently, the earphones should connect seamlessly to your paired phone the second you open the case’s lid. I tested this on my OnePlus 8 Pro and sure enough, the feature worked as advertised. You’ll also get touch-based controls on either earbud, which you can finetune via the Hey Melody app. So, if you want the right earbud to invoke the Google Assistant instead of say, jumping to the next track, you have that option. Unfortunately, that’s all there is to the app and I would’ve much liked to see a built-in EQ, at the very least. 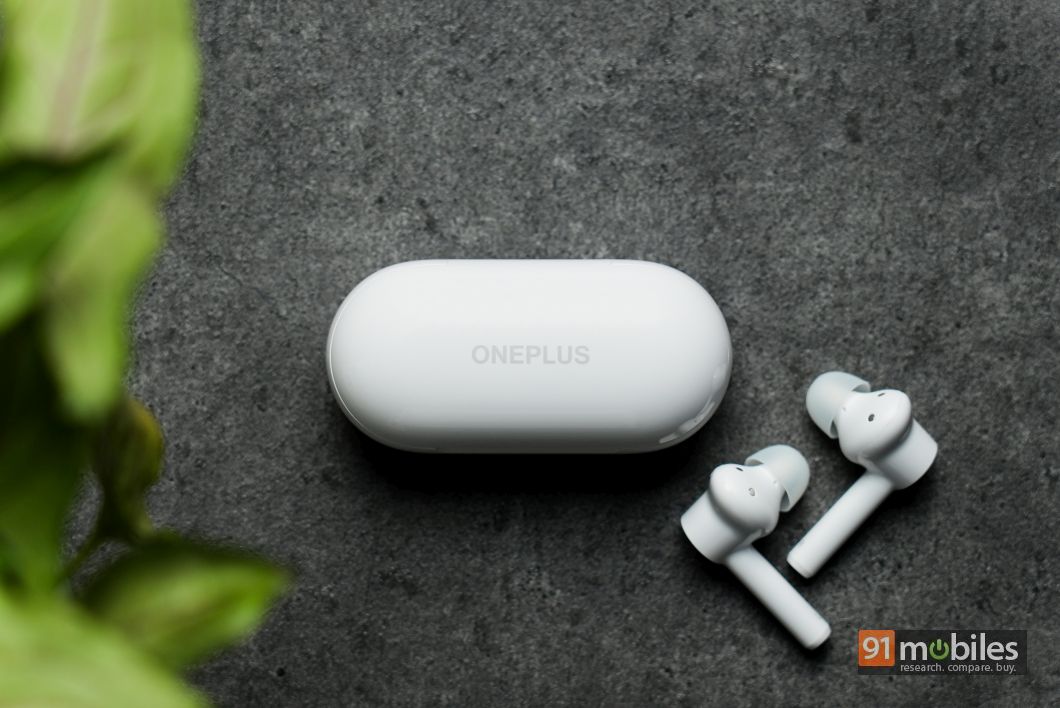 Other than that, the Buds Z will also automatically pause a track when you take one earbud out of your ear. The same worked flawlessly during my testing and OnePlus also gets brownie points for not pausing a song abruptly – rather, the sound fades away over the course of a few milliseconds eloquently. There’s IP55 rating present too, so you shouldn’t worry about damaging the earphones whilst sweating it out in the gym.

In the end, no earphones are worth their salt if they don’t sound good. Thankfully, the Buds Z have been tuned well and the unit outputs a pleasing sound in most regards. But, before I talk more about that, you should know that the earbuds are backed by a pair of 10mm dynamic drivers that have been positioned inside each earpiece. The unit connects to compatible devices via Bluetooth v5.0 and comes with support for SBC and AAC audio codecs. 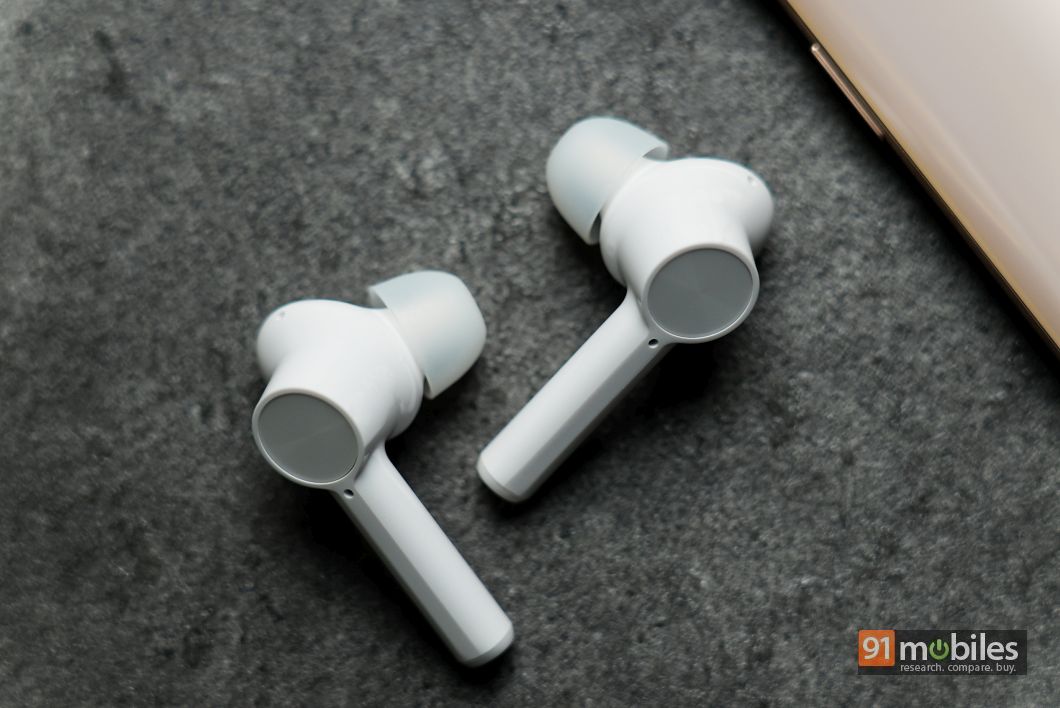 Coming to the sound quality, there are no two ways about it – the Buds Z has been tuned to appease the masses. To that extent, the pair offers a typical bass-forward sound signature which puts the beats front and centre. Moreover, A good example of the same is 24kGoldn’s City of Angels wherein, the strums from the guitar are somewhat enshrouded in the chorus as well as in the second verse by the thumping beats of the kick drum. Turn the page over to Travis Scott’s Sicko Mode and you’ll find similar instances of auditory masking throughout the runtime of the track, with the beats casting a shadow over the vocals as well as some background sound effects. 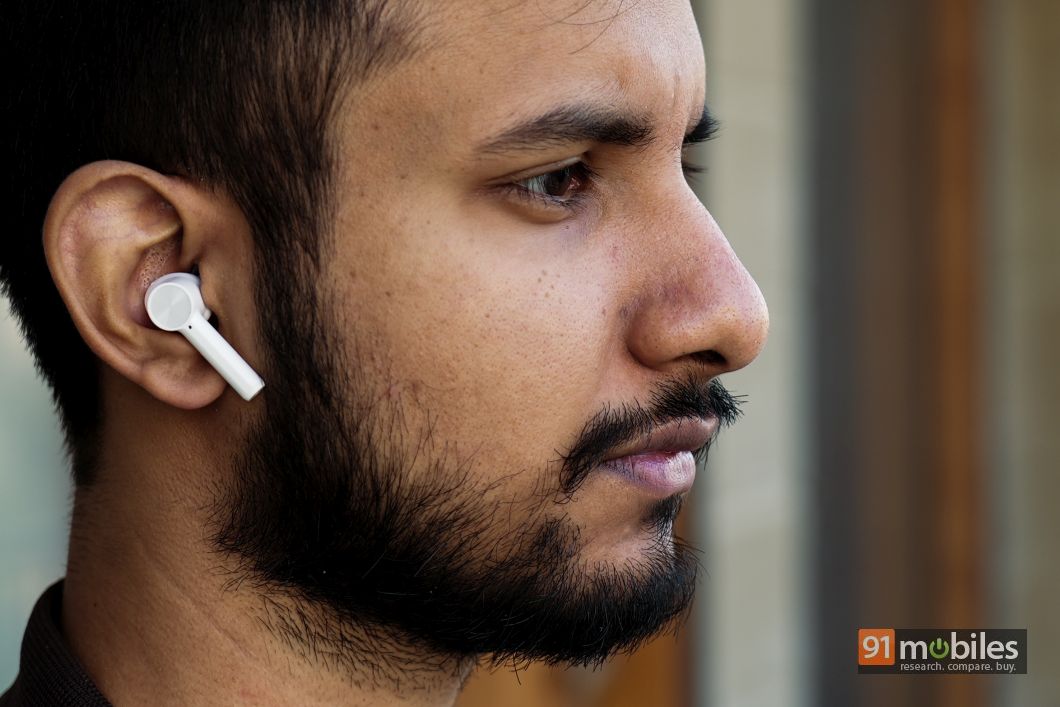 As such, this isn’t particularly alarming and will probably go unnoticed by most listeners. That said, an easy fix to somewhat tame the Buds Z’ boomy low-end output is to pair it with the bright preset on the wavelet app. In doing so, I noticed that I could make out instruments like the cymbal alongside the kickdrums much more clearly. Moving on though, I quite enjoyed listening to vocal-heavy tracks on the Buds Z. While the earphones don’t reproduce the artist’s voice as is, they aren’t sibilant so lyrics ending in ‘S’ won’t shriek or sound unpleasant. Furthermore, I didn’t notice any erratic spikes in the mid-range during my time with the earphones either, which is great. 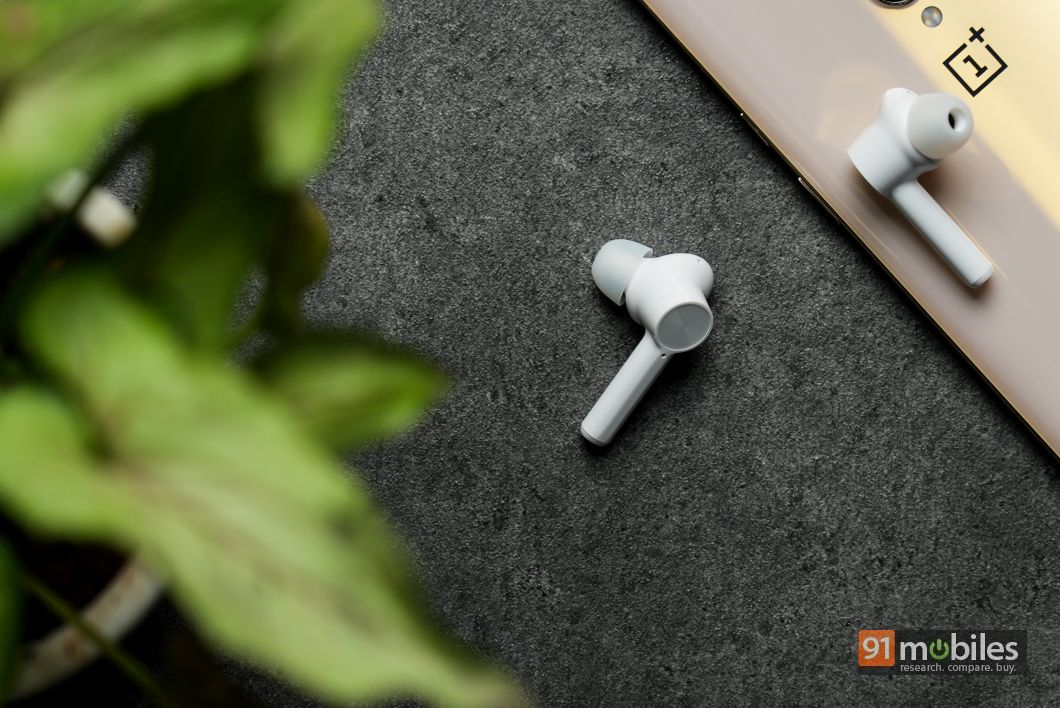 Coming to the highs, well, you win some and you lose some here. While instruments like guitars or violins don’t offer the same bite or even the same level of detail for that matter, they don’t sound garbled either. Correspondingly, you can get away with listening to your favourite rock bands on the OnePlus Buds Z – just keep your expectations in check.

So, now that we’ve established that the Buds Z looks and sounds good, what of the battery life? Well, I’m happy to report that the pair lasted me around four hours off a single charge, which is eerily close to the company’s five-hour claim. Add to that the case’s 20-hour backup and you should be able to listen to music for days at a time without having to plug in the Buds Z. Moreover, on the off chance you run out of juice, fret not as a quick 10-minute top-up will net you around three hours worth of listening time on the Buds Z.

I was equally impressed with the unit’s connectivity too. As I mentioned previously, the Buds Z connects to compatible devices via Bluetooth v5.0, which rarely faltered during my time with the headset. Additionally, the earphones ship with two microphones per bud, ensuring you can answer calls with utmost clarity too. Lest I forget, the Buds Z, much like the competition, features a ‘low latency’ gaming mode too. Now, I don’t advocate gaming on a pair of Bluetooth earphones, let alone ones that are of the TWS variety but, the feature is there for those who want to try. I should mention that you will only attain the company’s advertised 103ms latency on the Buds Z should you pair the earphones to an OnePlus phone.

To summarise, with the Buds Z, OnePlus is offering excellent convenience-based features, good sound, and solid battery life too. I was also quite impressed with the unit’s in-ear fit and the calling experience was up to the mark as well. Still, there are quite a few viable options in the market, including OPPO’s Enco W31 which sounded better to my ears. There’s also the Realme Buds Air Neo, which might sway buyers to its doorsteps owing to its design similarities to Apple’s AirPods. Regardless, the Buds Z offers a more well-rounded package and therefore, gets my nod of approval.