There are a plethora of fitness trackers available in the market right now, ranging in functionality, size, as well as use cases. However, despite the wide variety available in the segment, fitness wearables haven’t quite become the must-have accessories the industry hoped they would. One of the factors that affected the sales of fitness bands has been their price, which is why we are seeing a lot more budget options these days. Case in point, the recently launched Portronics Yogg X, which comes as the successor to the Yogg. The Yogg X is fairly affordable, but does it pack enough grunt to find a place on your wrist? Well, let’s find out. The design of a fitness band is no longer playing second fiddle, as it is just as important as the features which come bundled inside. After all, the last thing you’d want from your fitness band is for it to be bulky and clunky. A low-key, lightweight and sleek band is what most buyers (including myself) look for, and the Yogg X nails the design in that aspect. The wearable is one of the slimmest I have reviewed thus far and is feather-light, which is great if you are someone who likes to wear a fitness tracker all day long. The Yogg X comprises two design elements – a rubberised strap, and the round core which is housed inside a cavity on the strap. This gives buyers some leeway space in case of any accidental damage to the band as they won’t have to buy the fitness tracker all over again.

The Yogg X comes with a circular OLED display which has a touch-sensitive area at the bottom. Interestingly, there is no clear outline marked on the display for this, which helps in keeping the design of the band clean and minimal. I can see how this implementation might backfire on Portronics as some users could find it difficult to navigate around the fitness tracker. However, I didn’t experience any problems whatsoever in the time I tested the band. Towards the back of the smart wearable, buyers will find the charging pins which magnetically latch on to the charger to juice up the Yogg X. The smart wearable is IP67 rated too, making it resistant to splashes from water. For battery, the Yogg X ships with a 55mAh unit, which the company claims lasts up to 5 days. It took me almost four days to drain the band completely, however, your mileage may vary depending on your usage. I didn’t come across any pairing issues while connecting the Yogg X to my LG G6 (review) either. The features that the Yogg X brings to the table are nothing to write home about. The wearable can track your steps, monitor your sleep activity and calculate the distance you’ve travelled. Thankfully, you won’t have to resort to wearing a watch on one hand and the Yogg X on the other, as the wearable displays the date and time too. As far as the accuracy is concerned, the Yogg X did a decent job at measuring different metrics. It’s not the most accurate fitness tracker in the world, but for the asking price, does the job well. There’s a dedicated app which buyers can download (available for both iOS as well as Android) to get an in-depth look at their fitness stats and sleep cycles. The app can also be used to set up to six different reminders pertaining to different activities like sports, taking medicine and eating food. An icon corresponding to the activity then shows up on the OLED display as a reminder. The Yogg X also comes with a sedentary feature, which can be enabled from within the app to nudge the wearer to move after a certain period of inactivity. Besides that, the app is a pretty standard affair.

While Portronics claims that the Yogg X is a unisex smart band, I felt that the design was better suited for slender wrists. Moreover, while the band does come with notification support, the interaction with the said notifications is extremely limited. Also, the band lacks a heart-rate sensor, which could be a deal-breaker for many fitness enthusiasts. An always-on display, or at least an option to enable one (even at the cost of battery life) would have also been a great addition. That feature isn’t there unfortunately, as things stand right now. 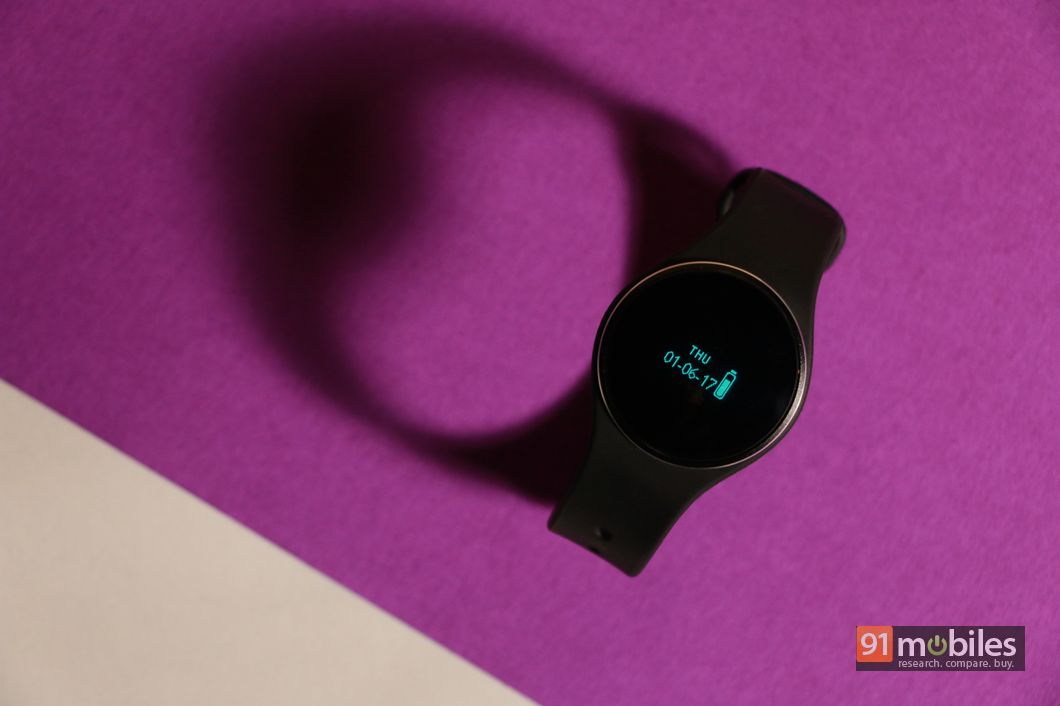 The Portronics Yogg X is priced at Rs 2,499, and is a well-constructed fitness band which offers good step-tracking capabilities. However, the notification support is barebones and the band lacks a heart rate sensor, a feature which is present on the likes of the Intex FitRist Cardio (review), the Lenovo HW01, and our hot favourite, the Xiaomi Mi Band 2 (review). Therefore, I can’t quite recommend the Portronics Yogg X as there are better and cheaper options available in the market right now.