Smart home devices have slowly but surely started to penetrate the Indian market and the pace is only going to increase. Qubo, a subsidiary of Hero Electronix, has been diligently delivering products that pertain to smart home security. These include cameras, door handles, alarm bells, and locks. More recently the company revealed its latest Smart Cam 360, which as the name suggests, is a 360-degree rotating smart security camera. Unsurprisingly the names of Xiaomi and Realme crop up as common names in the smart home 360-degree camera segment, but Qubo does have a compelling product on hand. Priced at Rs 2,890, the Smart Cam 360 is marginally cheaper than its Realme counterpart. In this review, I will try and dissect the various features of the Qubo smart camera and decide if it is worth the price. 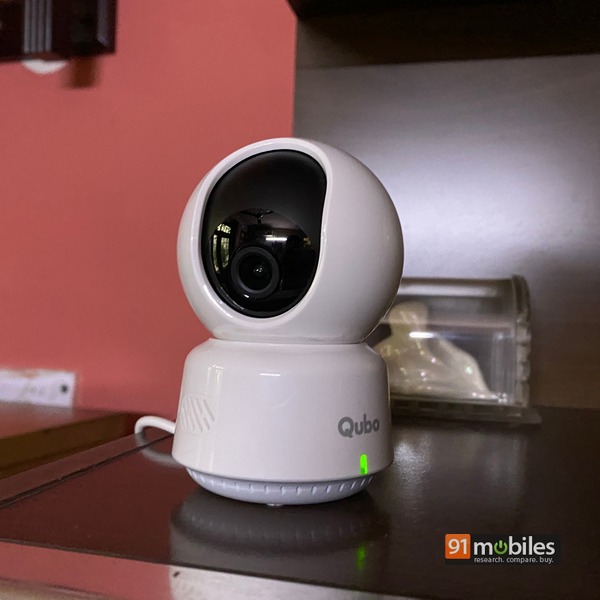 From the outside, the Smart Cam 360 is shaped like any regular security camera. It has wall mounts on the bottom to hook up to any surface. The installation process is fairly easy if you are proficient enough with screws and a bit of drilling. The lens is kept in a black casing and can move around inside it for 360-degree viewing. However, I did notice some blind spots which the camera could not cover, specifically the angles that are just behind it. Rotating the camera lens slightly upwards reveals a microSD card slot that can add storage up to 256GB. The camera itself has a 2MP GC2053 sensor that has the capability of zooming up to 10X digitally although the quality of the footage takes a hit. The base of the camera has an LED light that has various colours signifying different functionalities. For example, when you turn the Smart Cam 360 on, it shows a blinking red light which indicates it needs to be paired to a smartphone. 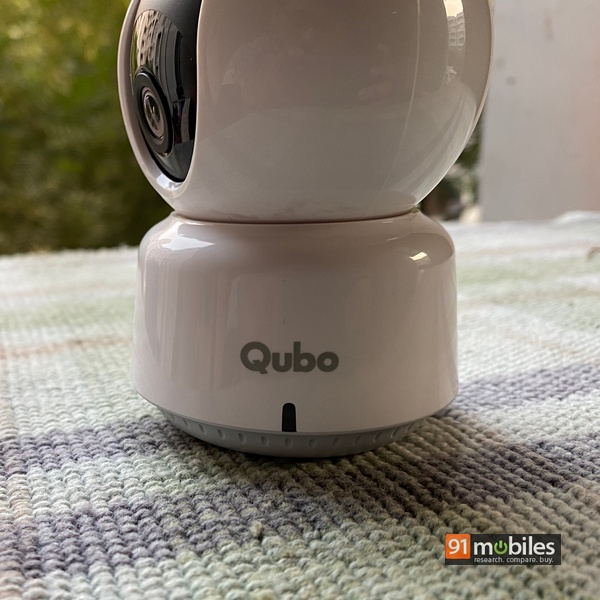 Of course, the camera is not battery-powered and needs a power source to keep it running. The micro-USB cable provided with the box connects with the camera at the back while the adapter goes into the plug point. Now of course I would’ve preferred a USB C port and a longer cable but I guess we have to make do with what we get. The Qubo app is present both on iOS and Android although I have set up the camera using the former. As for the pairing process, it is fairly simple. The app provides a QR code that has to be scanned by the Smart Cam 360 and after that, you are in. Qubo offers certain plans with regards to storage and features on the device. I was offered the Gold package free for 30 days and it comes with all the AI capabilities, up to three smartphones connected simultaneously, has 5GB cloud storage, and 7 days of recording on the cloud. There are more plans which are just incremental updates and you can check them out here. 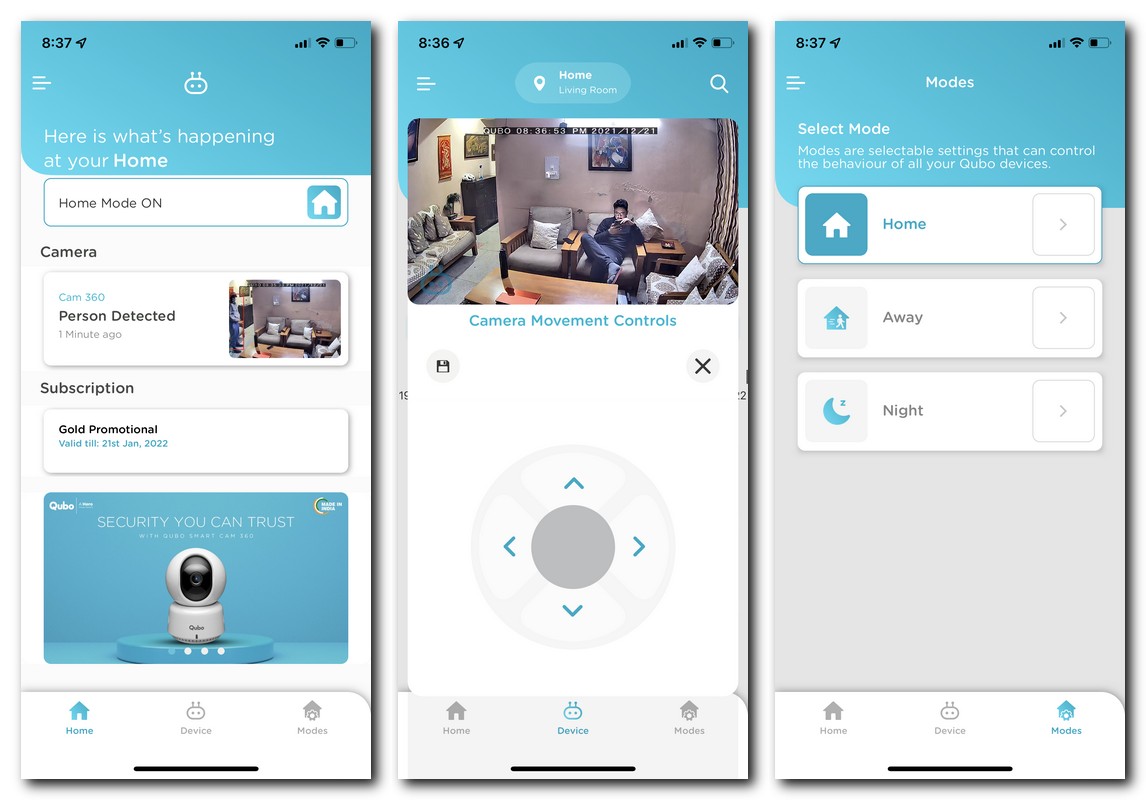 Talking about the app interface, it is quite straightforward and easy to understand. The top quarter of the screen shows a live view of the camera, below which there is a timeline. You can scrub through this timeline if the camera has recorded something at any point. One of my biggest gripes with the device is that it only connects to a 2.4GHz channel and does not have dual-channel connectivity like the Mi 360 Home Security Camera 2K Pro (review) does. There is a bit of a lag between the live feed and my actions but that is something to be expected. There is also the option of using the Smart Cam 360 with Alexa and Google Assistant. In terms of video quality, the camera offers either 1080p or 480p options, both of which work fine on the small screen of your smartphone. Motion detectors on the camera can identify movement and send an alert on the app. The detection is in real-time, as are the alerts, and very rarely, if ever, did the sensor fail to detect something moving in front of it. A rectangular outline comes over the face of a person spotted by the sensor which is quite useful. Furthermore, you can train the camera to detect certain faces which are then added to the database, but this is a feature that still needs a lot of fine-tuning. 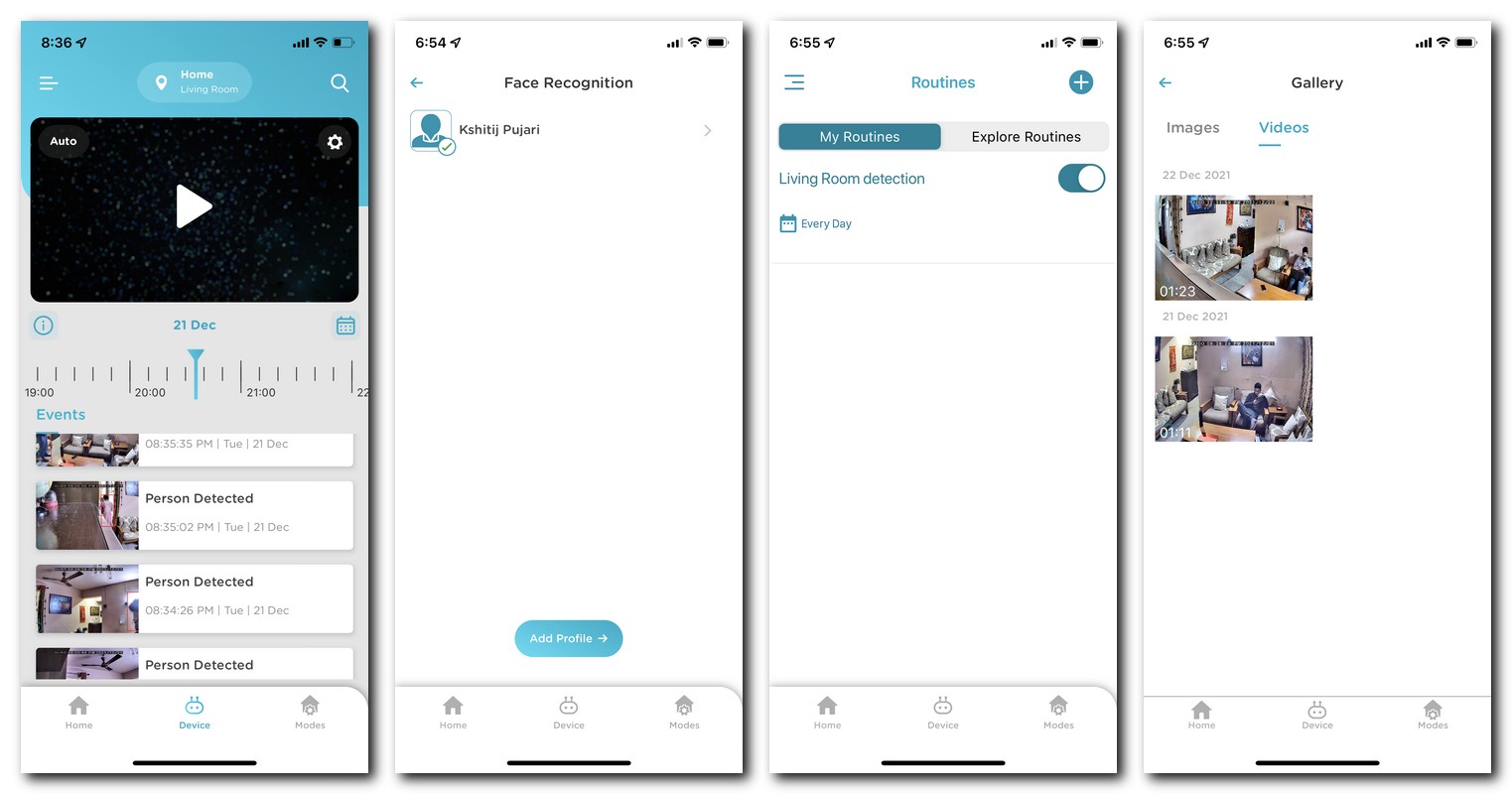 The feed can be checked on your smartphone from anywhere in the world. There is also a feature that enables emergency calls for critical alerts but you would have to subscribe to Qubo’s Platinum and Diamond plans for that. A 1W speaker is also present on the speaker which will relay any communication you are sending remotely although I have to say that the audio quality is quite garbled. There is a siren feature that makes use of this speaker to emit a pitched noise to catch intruders off guard and perhaps alert your neighbours as well.  The microphone inside effectively transmits any communication made on the camera back to your smartphone. The camera has the ability to operate even in the dark via infrared and I was, for the most part, able to tell from person to person from the live feed. On the app, there are several other settings as well which can help you detect intruders in your house. You can enable the Smart Cam to start recording as soon as it detects any motion when you are away from home. There are several routines you can make for the Smart Cam to operate on. An example of this would be to send an alert anytime the front door is opened. To enable continuous recording, a microSD card has to be installed in the device. 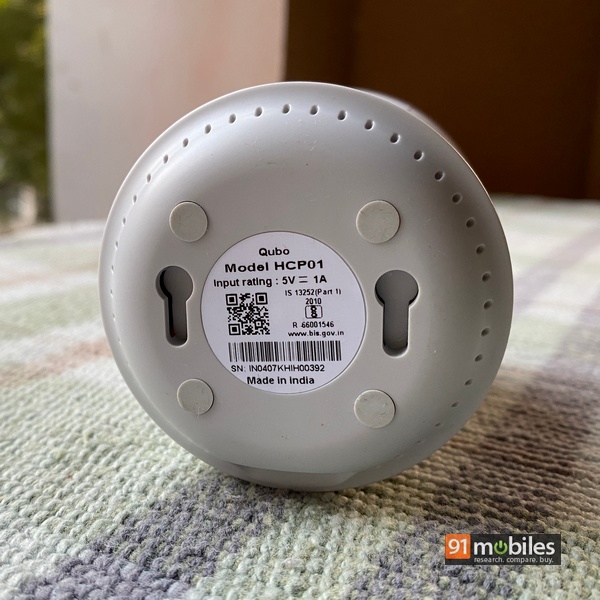 So how good is the Qubo Smart Cam 360? For the price, it offers a lot of features and its setup process is also quite easy. Most importantly the video quality of the live stream and capture is quite good. The motion detectors and response to movement on the camera work well most of the time although the facial recognition has scope for improvement. I guess the main drawback I have is a lack of dual-channel connectivity and the fact that 24×7 recording can only be done if a microSD card has been inserted. The nearest competitor, which is the  Realme Smart Cam has an additional sound detection feature but apart from that, every single thing is present on the Qubo Smart Cam 360 for Rs 100 less. Is it worth it? I definitely think so. 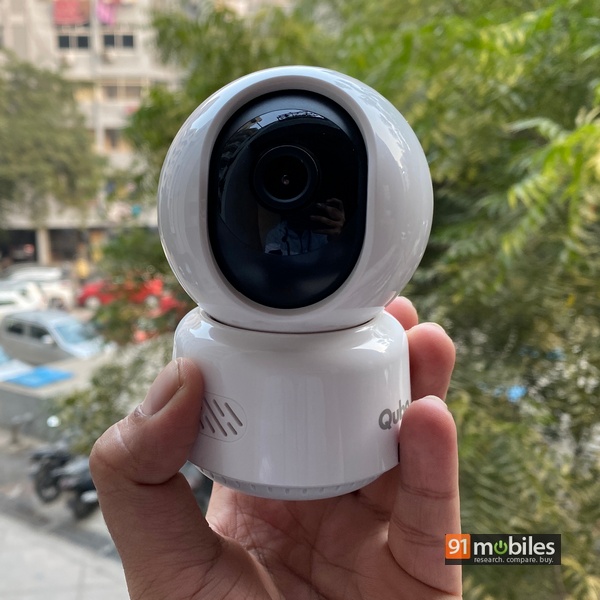