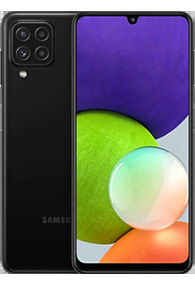 Samsung has announced a new addition to its A series of smartphones in the form of the Galaxy A22. It is the first phone to feature 5G connectivity as part of the lineup and is priced starting Rs 19,999. This segment has strong competition, thanks to some compelling options from the likes of POCO, Realme, and Xiaomi, and it could prove to be a difficult job displacing them. Packing in the MediaTek Dimensity 700 chipset, a 48MP triple-camera setup, and a 90HZ AMOLED panel, one could make a case for the Galaxy A22. Read on to find more about the device in this full review. 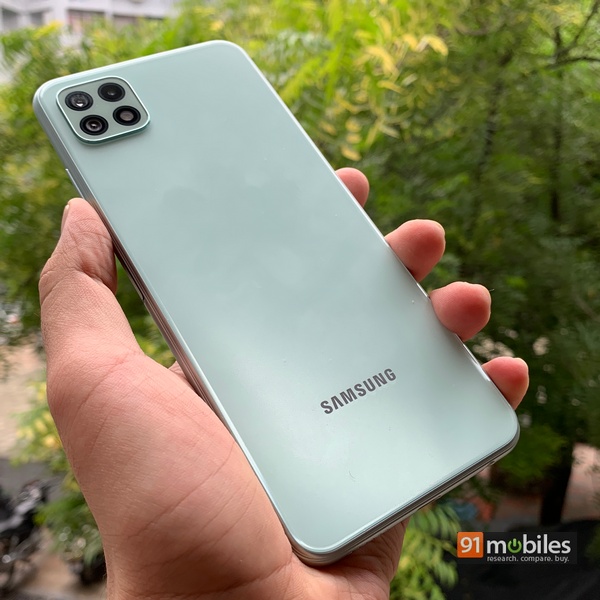 The Galaxy A22 is a fine device that will appease most users. It doesn’t have fancy internals but at the end of the day, it gets the job done. However, those into intensive gaming or users with a preference for better cameras should look at other alternatives. 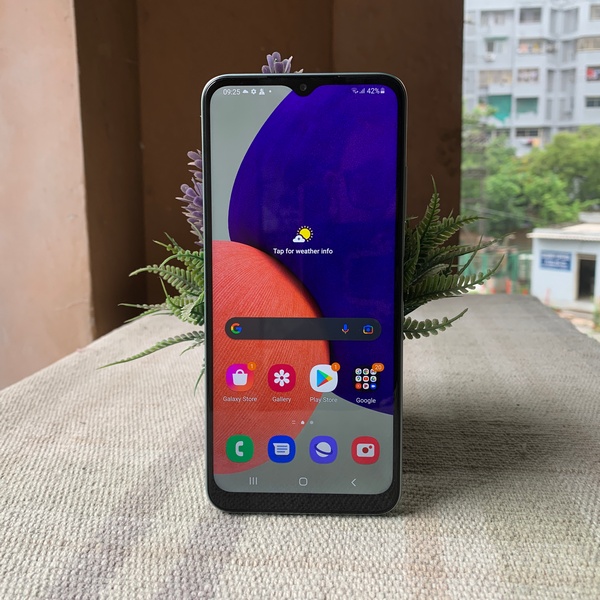 The Galaxy A22 seems to have taken quite a few design elements from the more budget-focused M series. It has the same rigid, polycarbonate construction which gives it a firm build and a zero flex chassis. Samsung has implemented a matte finish over the back to give the device more zeal, and avoid smudges or fingerprints. The polished frame and rounded edges feel good in my hand, although it is slightly offset by the weight of the device. The square camera housing protrudes slightly from the back, giving the A22 a bit of a wobble on a flat surface. As for the rest, the power button has a built-in fingerprint sensor, and the volume rocker conforms to Samsung’s usual standard of high placement on the side, making it hard to reach. On the bottom, you get a rare commodity in the form of a 3.5mm headphone jack which is accompanied by a USB C port and a speaker grille. 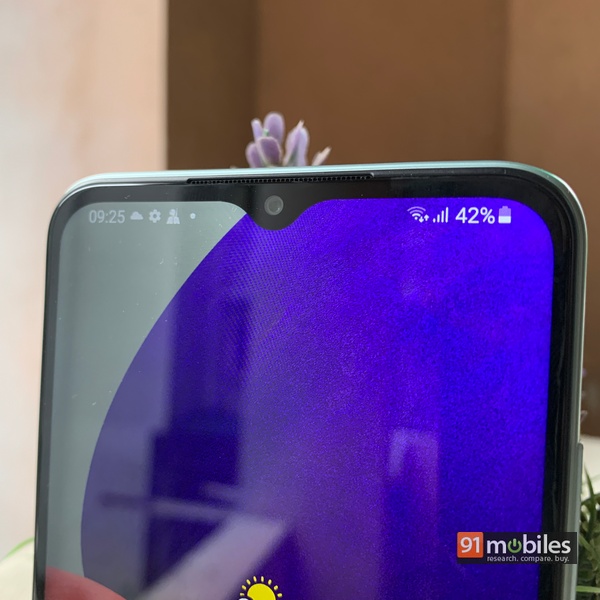 As far as the screen goes, the Galaxy A22 features a slightly dated waterdrop notch at the top which the company insists on calling Infinity-V display. The 90Hz refresh rate works exceedingly well as I had expected while the panel itself exudes the classy viewing experience that generally goes hand-to-hand with Samsung smartphones. The phone also offers a bevvy of visibility enhancement toggles which range from colour inversion to high contrast fonts and auto colour correction. Of course, there are the usual toggles for adjusting the refresh rate, dark mode and eye comfort shield. Brightness levels felt adequate for my usage and the WideVine L1 certification allows HD viewing of content on OTT platforms. 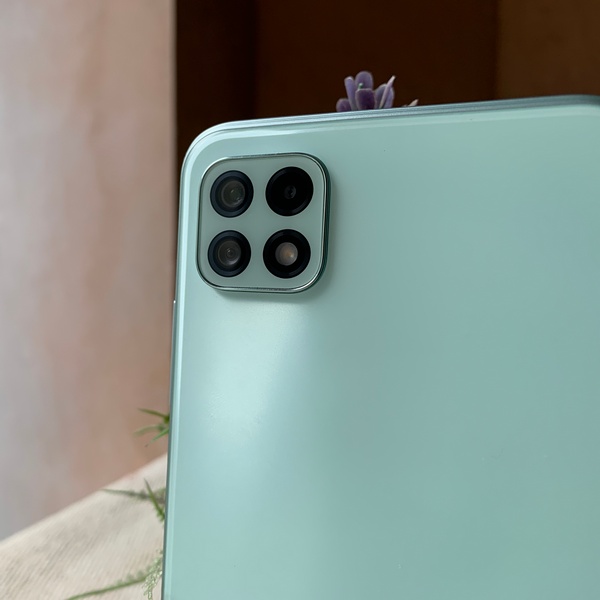 In the camera department, the Galaxy A22 makes do with a 48MP primary shooter along with a 5MP ultra-wide and 2MP macro sensor. On the front, you will get an 8MP selfie camera. Samsung generally delivers good image processing capabilities in its smartphones and the A22 looks to follow in that path. 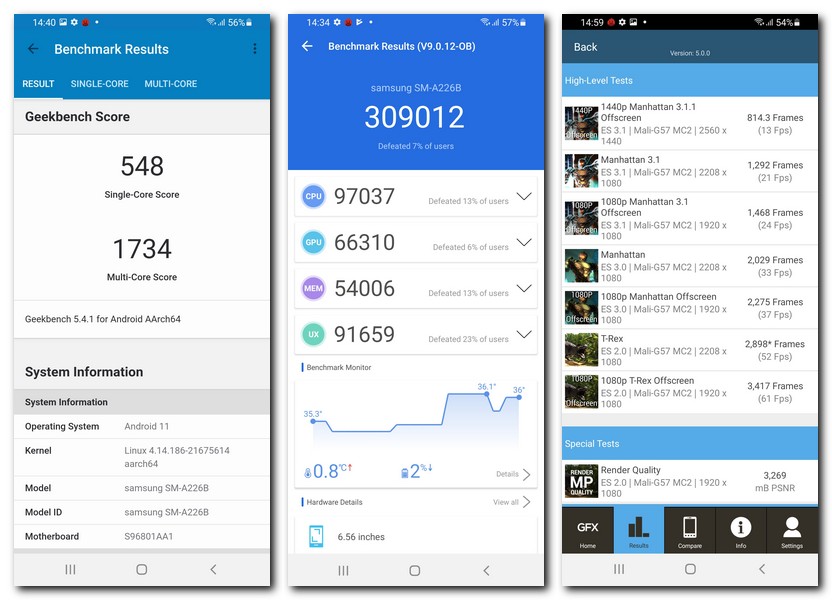 The Dimensity 700 is a competent chipset for performing medium intensity tasks with high efficiency. What I mean by that is you will have no problem switching between Chrome tabs or Instagram or any of the other applications. However, gaming capabilities on the device will leave you wanting more. In terms of tangible metrics, the Galaxy A22 scores 309,012 on Antutu, and 548 and 1,734 on Geekbench’s single and multi-core tests respectively. For pure performance, the POCO X3 Pro (review) is tough to beat in this segment, thanks to its Snapdragon 860 which provides an Antutu score of 543,796, almost double that of the A22. Even if you are not a hardcore gamer, you will notice a slight lag in the fluidity of app switching and things like opening the camera app. Other aspects of the phone work much better, such as the snappy fingerprint sensor and the rather loud speaker at the bottom. For wired music enthusiasts, the 3.5mm headphone jack provides hi-res audio for compatible products. 5G is an integral part of the Galaxy A22 and I believe that the time for factoring in 5G for your purchase decisions is nigh. For now, 4G connectivity on the device meets my expectations in terms of voice quality, data connection and zero call drops. 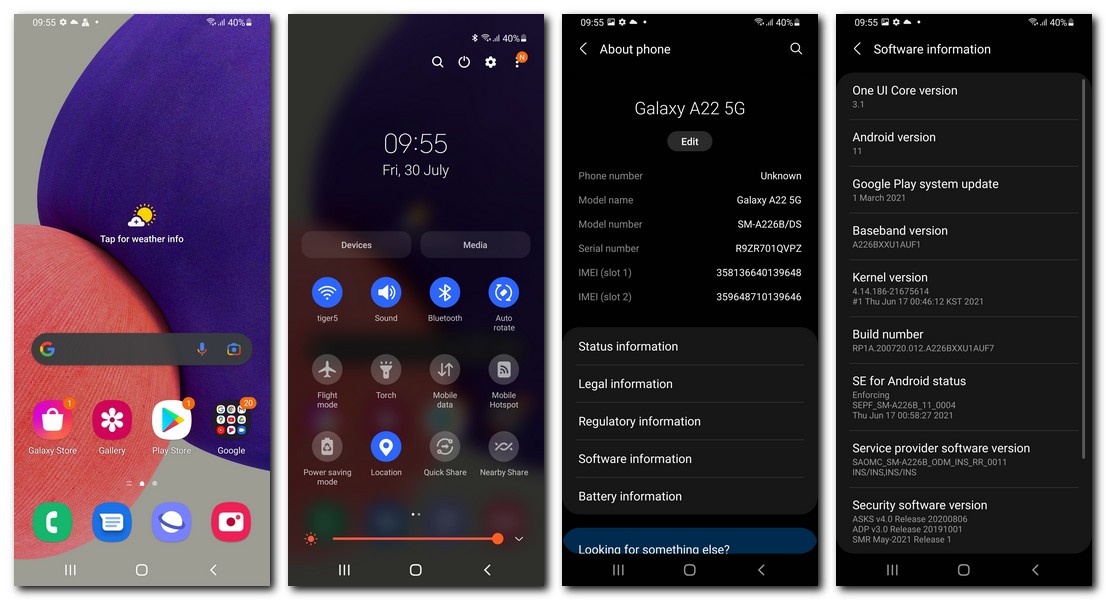 On the Galaxy A22, Samsung uses its custom skin called OneUI 3.1 which is based on Android 11. While you get more details on the UI in our Galaxy M32 review, the bloatware can be removed, customisability options are aplenty and the interface is quite simple to use. The 5,000mAh battery will come in handy when 5G services are enabled in India but the 15W charger present inside the box is not going to cut it. On regular usage, the device does last me the entire day, which is standard on pretty much all phones these days. However, it takes up to 2 hours or more to completely charge up the phone which is unacceptable in a world where even an hour is considered too long to juice up. 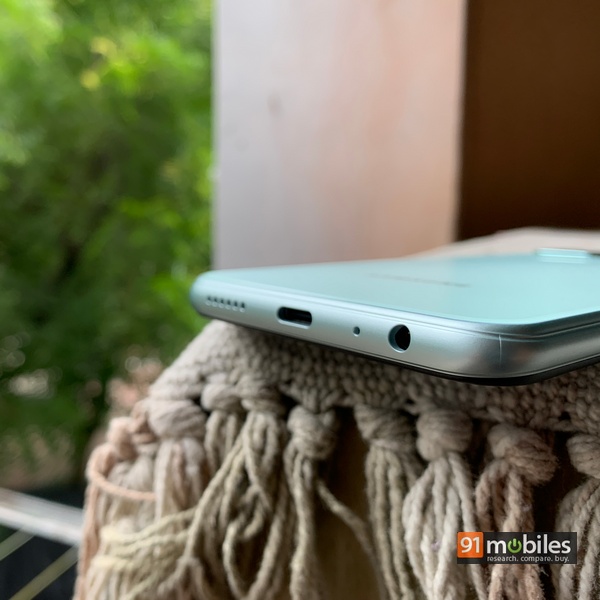 As I said earlier, the competition in this segment is intense. For pure number crunching, the POCO X3 Pro and the IQOO Z3 (review) offer better performance. The Redmi Note 10 Pro Max (review) is where you should turn for the best camera performance in the category. OnePlus Nord CE (review) gets you the best of software and the Realme X7 (review) offers some of the fastest battery charging tech. However, the Samsung Galaxy A22 is a phone which gets the basics right. Great screen? You got it. Decent performance? Present. Reasonably good daylight camera? Hard to find better. Software experience? Satisfactory. Battery backup? Adequate. All said and done, Samsung loyalists will have a lot to like in the Galaxy A22. 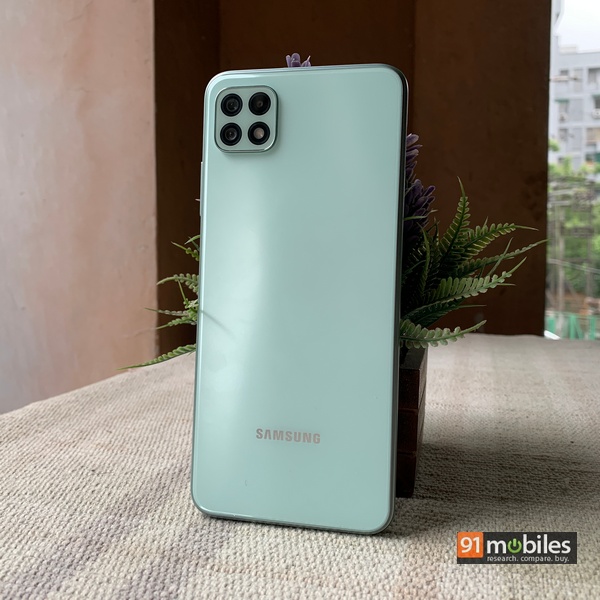