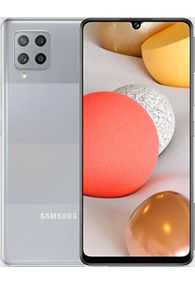 It’s no secret that the budget and affordable segments in India are dominated by Chinese OEMs, the likes of which include Xiaomi, Realme and Redmi. That said, Samsung’s M-series of smartphones has been a thorn in the competition’s side for quite some time now, roping in buyers with enticing specs and the company’s brand heritage. To that note, Samsung recently unveiled the Samsung Galaxy M42 5G which as its moniker suggests, is the first 5G phone in the brand’s M-series lineup. So, is the smartphone worthy of your bucks? Well, let’s find out in this review.

As the most affordable 5G phone from Samsung, the Galaxy M42 5G has quite a few things going for it, including decent performance and good battery life. However, the phone gets outgunned by similarly-priced rivals, many of which can offer better specs and a better real-world experience.

The Samsung Galaxy M42 5G starts at Rs 21,999 for the 6GB RAM variant and while the phone gets a couple of things right, the smartphone’s lacklustre display and its uninspiring design stick out like a sore thumb. What’s more, the device faces stiff competition from the likes of Xiaomi’s Mi 10i too which, pound for pound, offers better specs and performance. Lest I forget, the company’s Galaxy F62 (review) retails for around the same price too and puts forth a more well-rounded package as well. Consequently, unless you’re looking for the cheapest 5G phone from Samsung, you might want to spend your hard-earned bucks elsewhere.