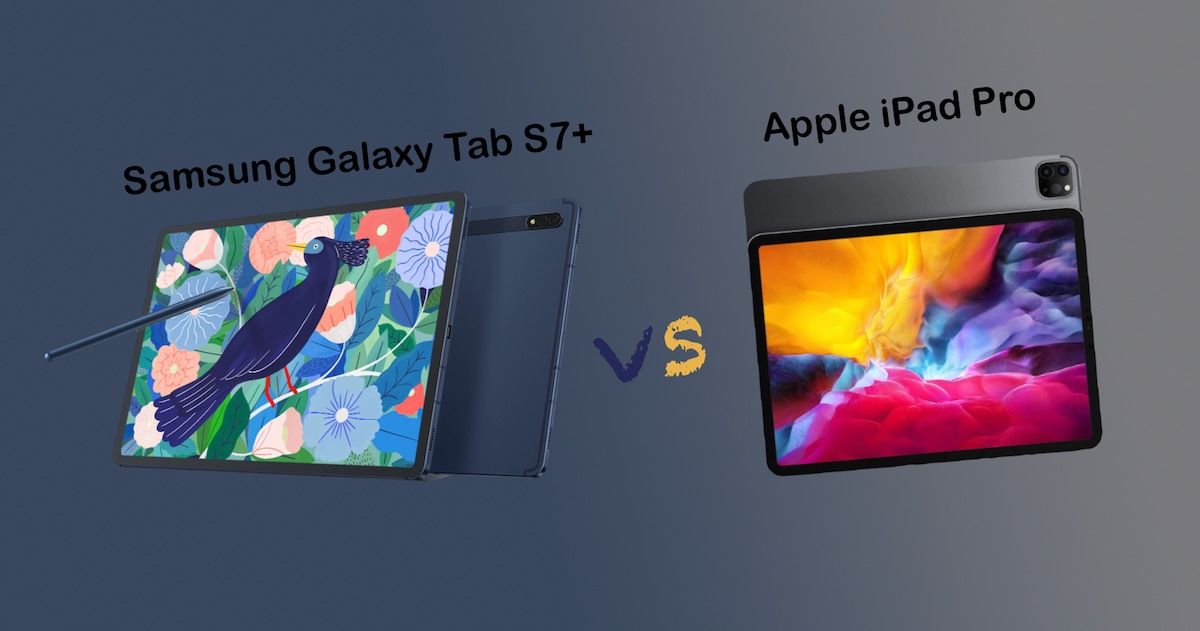 Launched in 2020, the Samsung Galaxy Tab S7+ continues to be the best Android tablet in the market. There’s not a single Android tablet that comes even close to competing with it. The only other tablet that stands a chance against the Samsung Galaxy Tab S7+ is the iPad Pro 2020. If you are in the market for a new tablet and cannot decide between the two tablets, you have come to the right place. In this article, we take an in-depth look at all the features and tell you which tablet makes more sense for your needs. 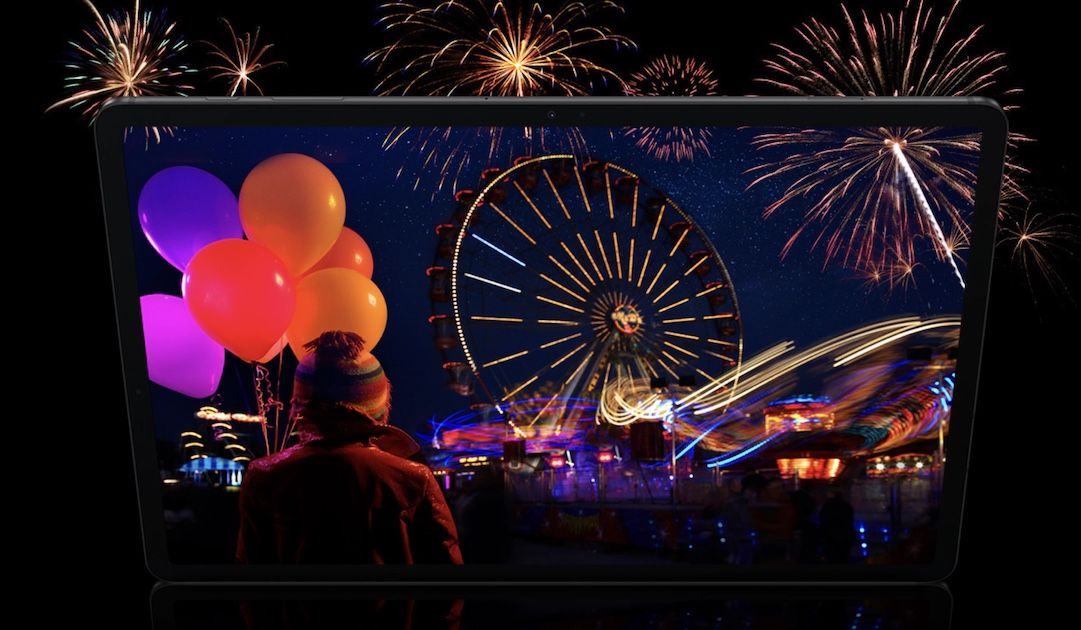 The Samsung Galaxy Tab S7+ ships with a 12.4-inch Super AMOLED display that boasts a resolution of 2800 x 1752 pixels. As opposed to that, the iPad Pro 2020 comes with a 12.9-inch IPS LCD panel with a resolution of 2048 x 2732 pixels. Both tablets offer a similar display resolution, with Samsung Galaxy Tab S7+ winning narrowly by offering a pixel density count of 266ppi against the iPad Pro’s 264ppi. Both these displays offer 120Hz refresh rate and feature an 85 percent screen-to-body ratio. Up to this point, both displays seem similar however, the Samsung Tab S7+ takes the crown by offering a Super AMOLED display with Eye Care certification.

The Super AMOLED panel used in the Galaxy Tab S7+ is far better than the IPS LCD panel of the iPad Pro 2020. It provides the screen with excellent contrast levels, deeper blacks, and an overall more immersive quality. Another differentiating factor between the two displays is the Eye Care Certification onboard the Samsung tablet. This display produces considerably less blue light emissions, resulting in a comfortable viewing experience no matter how long you hook to the screen. And this feature alone catapults the Galaxy Tab S7+ above the iPad Pro 2020. 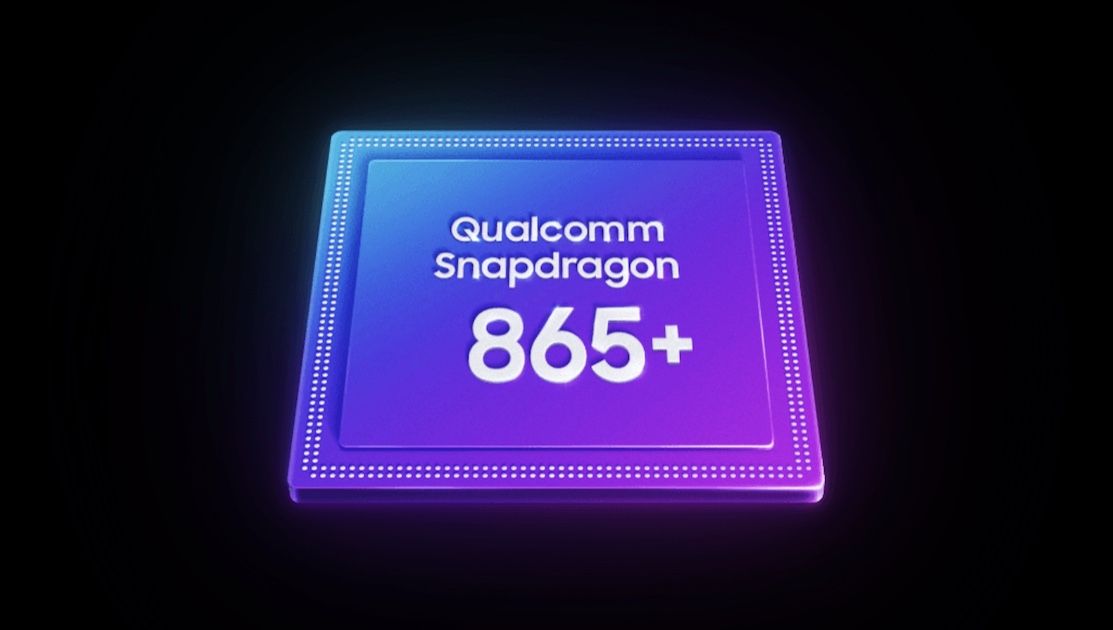 At the heart of the Samsung Galaxy Tab S7+ is the Snapdragon 865 Plus chipset. The octa-core processor delivers ample power, allowing even the most demanding applications and games to run smoothly. The iPad Pro 2020 gets Apple’s A12Z Bionic chip, which performs as expected. Also, you will have to pay Rs 14,000 more for the LTE models.

When it comes to storage, the iPad Pro 2020 offers several storage configurations, including 128GB, 256GB, 512GB, and 1TB. The Samsung Galaxy Tab S7+ comes in a standard configuration of 6GB/8GB and 128/256/512GB, however, the microSD card slot allows users to get more than 1TB of total storage. This small but indispensable feature again gives the Galaxy Tab S7+ an edge over the iPad Pro.

Better accessories and software for a superior desktop experience 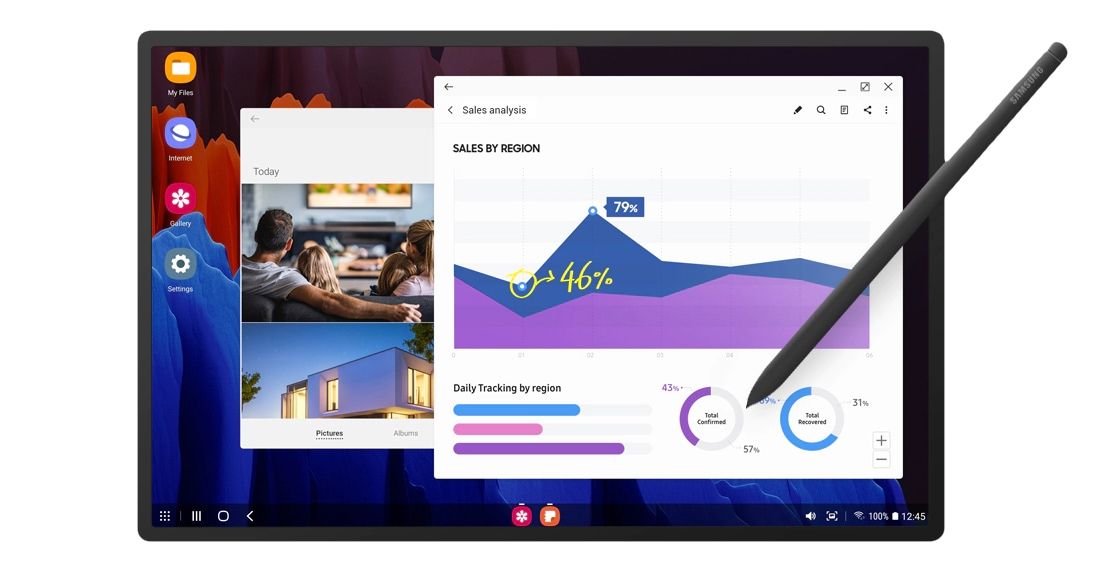 This is one more department where the Samsung device is way ahead of the Apple tablet. The Samsung Galaxy Tab S7+ comes with DeX support that lets you experience the full desktop environment. The Keyboard cover (to be bought separately) comes with a trackpad, making the job of navigating its desktop interface much easier. You will appreciate the DeX support even more when using an external display with the Tab S7+. You won’t see any letterboxing, and all your apps will run in desktop mode. All these features give the Samsung Galaxy Tab S7+ a huge advantage over the iPad Pro 2020. 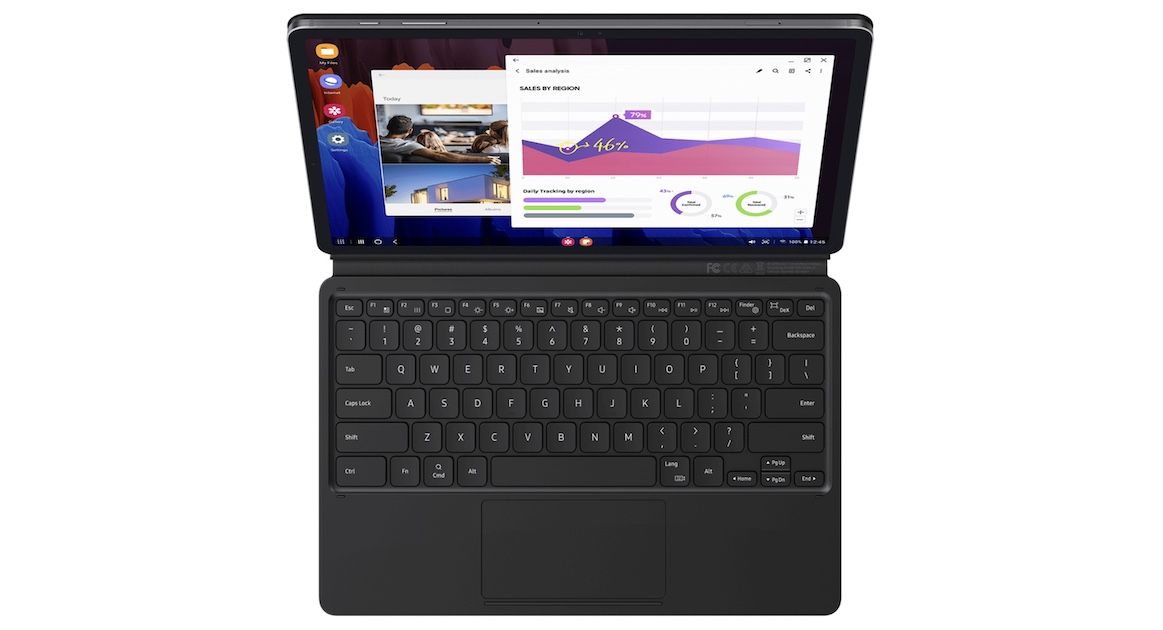 While the iPad Pro 2020 supports external displays, it doesn’t utilise the entire display, thanks to the huge black bars on both left and right sides. The pillarboxing effect doesn’t look good and is quite distracting. Not to mention, it makes a big chunk of the display useless. Also, while the keyboard accessory for the iPad Pro is quite good, it only supports two viewing angles. Finally, while the Samsung Tab S7+ includes the exceptional S Pen in the box (at no extra cost), Apple Pencil for iPad Pro needs to be bought separately. So, if you are into drawing or using your tablet as a desktop device, the Samsung Galaxy S7+ will certainly be a better option. 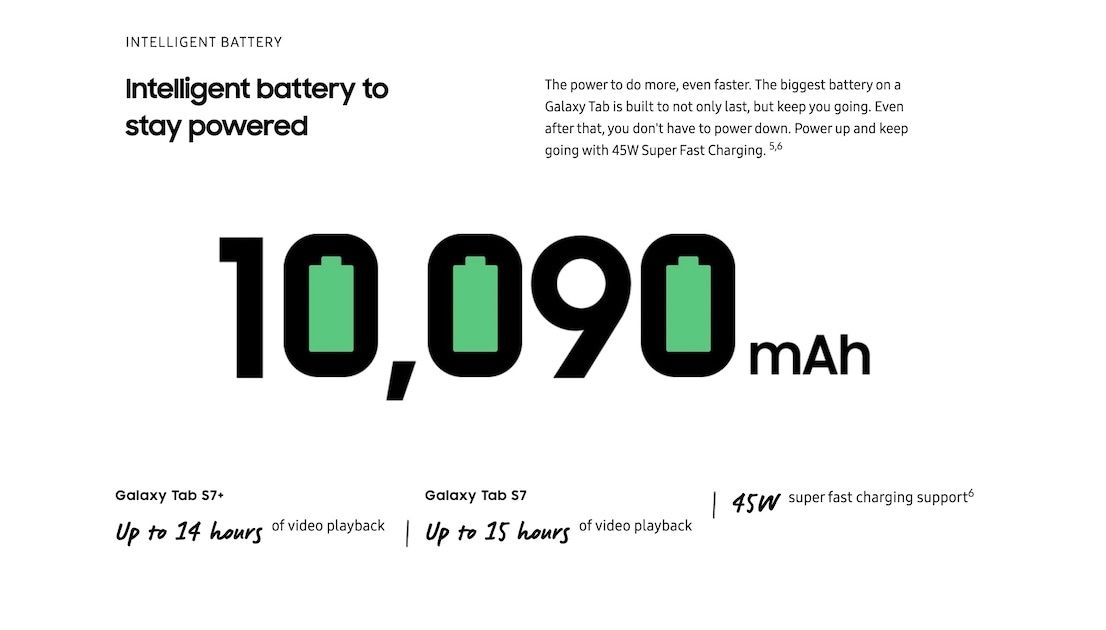 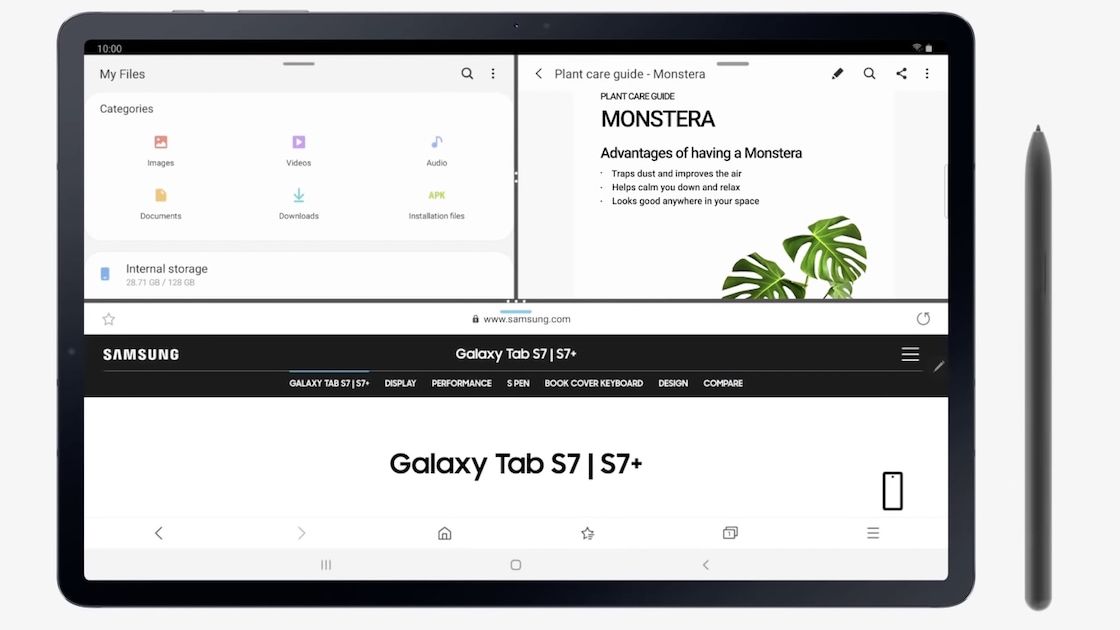 The user interface is an important aspect of any device, and both Samsung and Apple have tailored their software to offer an intuitive big-screen experience. Multi-window support is present on both devices, but while the Samsung Galaxy Tab S7+ can keep three windows open at a time, the iPad Pro can only manage two. When you are using the Tab S7+ with an external display, having three windows on the screen will allow you to display more data, and you won’t have to waste time by actively switching between the apps.

If that is not enough, Samsung is giving an upgrade bonus of up to Rs 5,000 for exchanging an old device. Not only that, HDFC card users can get a cashback of up to Rs 10,000, bringing its effective price further down. If you want the external keyboard, you will be happy to know that there’s a Rs 10,000 discount on its keyboard accessory right now, bringing its price down to just Rs 7,999. That makes it three times cheaper than the iPad Pro’s Magic keyboard. If you take the pricing and features into account, it’s a no-brainer that the Samsung Galaxy Tab S7+ is a better tablet for everyone. If you are interested, you can buy it online from Amazon.in, Flipkart.com, and Samsung.com. You can also find the tablet in select retail stores if you prefer shopping offline.