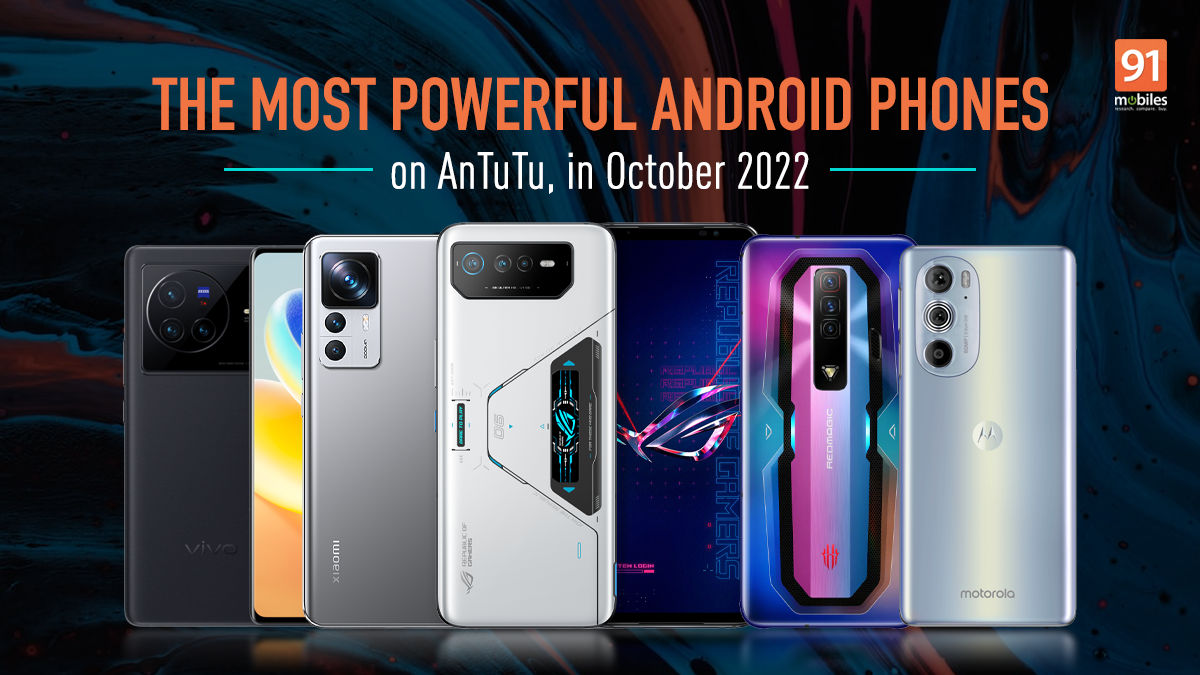 The monthly update to popular smartphone performance benchmark service AnTuTu’s performance charts is here. While its September release saw ASUS take the top three positions with its ROG Phone 6 trio, a slight reshuffle has seen the numbers cut down to two — with Xiaomi’s global flagship taking up the third spot here. The list, in October, welcomes the Motorola Edge X30 in China as one of the top phones, below the Xiaomi 12T Pro. In tandem with this reshuffle, we see MediaTek fall off pace — only one of its flagship chip-powered phones feature in the October list, while the rest are all dominated by Qualcomm. With this balance of power at the top of the hill for Android smartphones globally, we take a look at what makes for the best phones in the series right now.

*Note: All prices and availability in India are updated as of November 7th, 2022 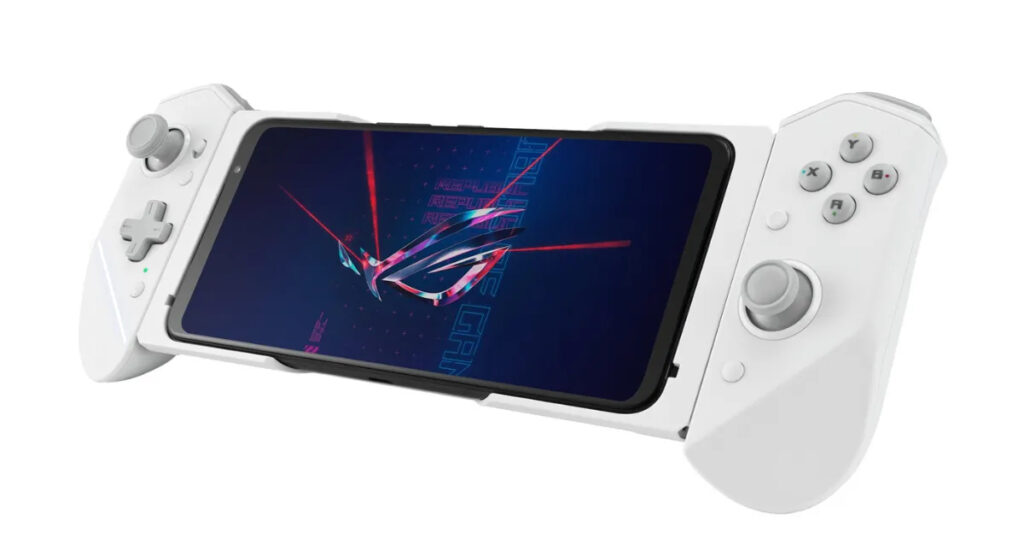 The ROG Phone series has become a reputable line of high performance smartphones, and every year, Taiwanese OEM ASUS has gradually upped the ante on how the device performs. The ROG Phone 6 series from ASUS sits at the top of the pile this month too — but interestingly enough, it is the vanilla ROG Phone 6 that captures the pole position this month.

Key specifications of the smartphone, which is also the only in-stock ROG Phone flagship available in the country right now, include a 6.78-inch, 165Hz AMOLED display, the Snapdragon 8 Plus Gen 1 SoC, 12GB RAM and 256GB storage, a 50MP triple rear camera, under-display fingerprint sensor, and a 6,000mAh battery with 65W fast charging. 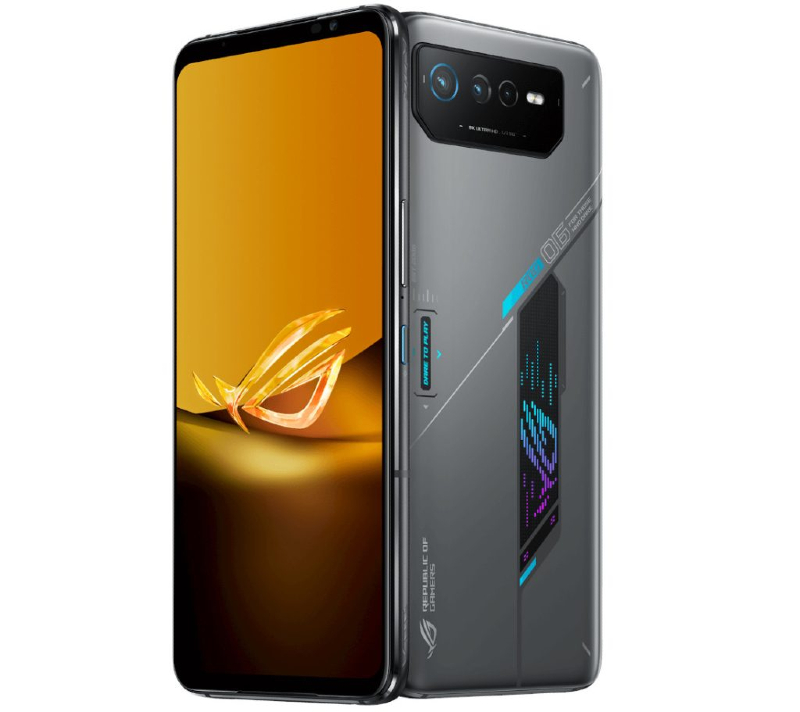 ASUS’ ROG Phone 6 Pro, which has already been in India for over three months now, is technically superior to the ROG Phone 6 vanilla variant. After having been outgunned by the motorised cooling panel-equipped ROG Phone 6D Ultimate last month, the Phone 6 Pro somehow managed to get outpaced by the vanilla Phone 6 — probably due to software optimisation issues.

Nevertheless, it is still an admirable smartphone. Its key specifications include the pressure-sensitive corner triggers and the 2-inch OLED display on the back, the Snapdragon 8 Plus Gen 1 SoC, a single variant with 18GB RAM and 512GB storage, 120fps 4K videography support, and all other specifications that remain identical to the 6D Ultimate. 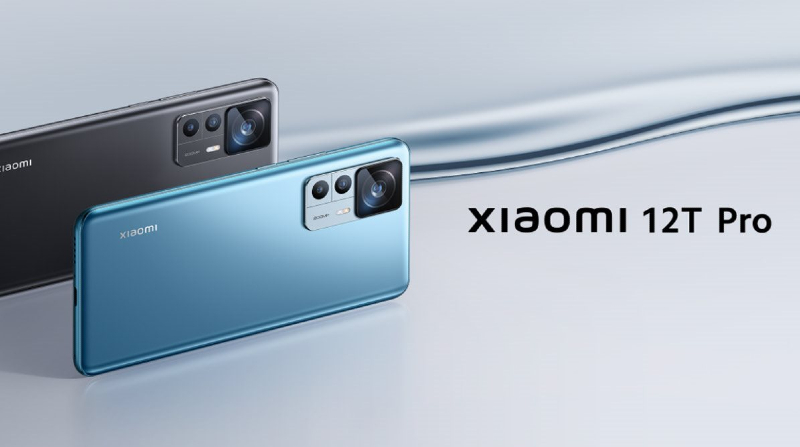 Launched globally only about a month ago, the Xiaomi 12T Pro is the first of the two new entrants in this month’s top smartphone list. It is also the newest phone here, and offers plenty of power to feature at the top of the AnTuTu rankings. While it has not been launched yet in India, tips and rumours have pegged the smartphone to launch in India by the end of this year.

Keen observers of the smartphone space will be looking out for it for sure, since the Xiaomi 12T Pro is very well specced. The key specifications include a 6.67-inch AMOLED 2K+ display with Dolby Vision certification, the Snapdragon 8+ Gen 1 SoC with 12GB RAM and 256GB storage, its headlining 200MP triple rear camera, and a 5,000mAh battery with 120W fast charging. 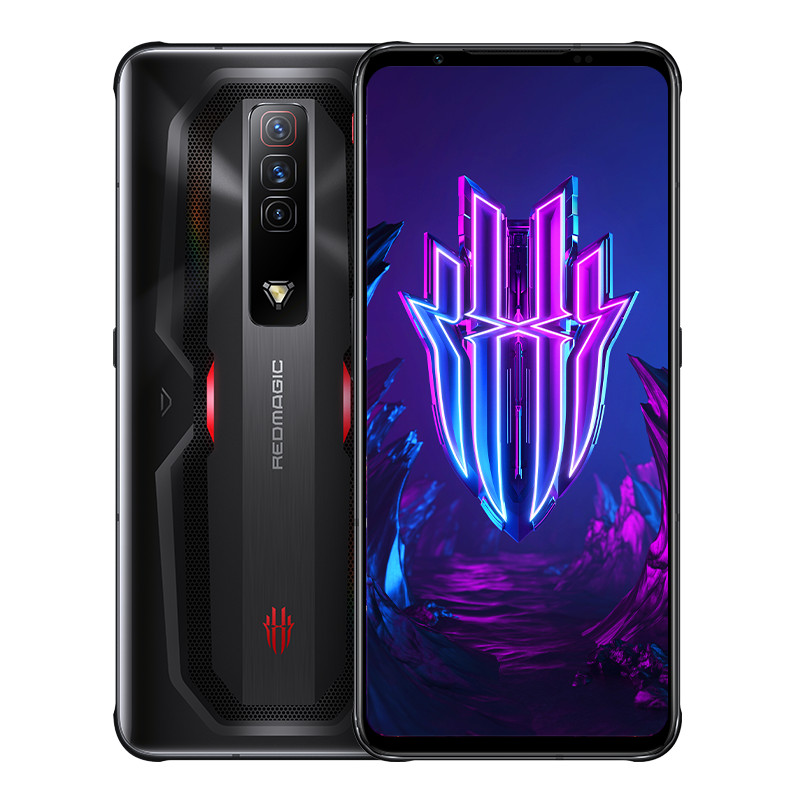 The standard Red Magic 7 has fallen down the pecking order — but is no pushover in the world of venerable gaming phones. Like the ASUS duopoly at the top of this chart, you also get the whole gaming paraphernalia here as well.

In terms of specs and features, the phone gets pressure-sensitive triggers and a built-in cooling fan, underneath a 6.8-inch, 165Hz AMOLED display. The device is powered by a Snapdragon 8 Gen 1 SoC, along with up to 16GB RAM and 512GB storage. It also gets a 64MP triple rear camera that can record 8K videos, and a 4,500mAh battery that can charge at up to 120W as well. 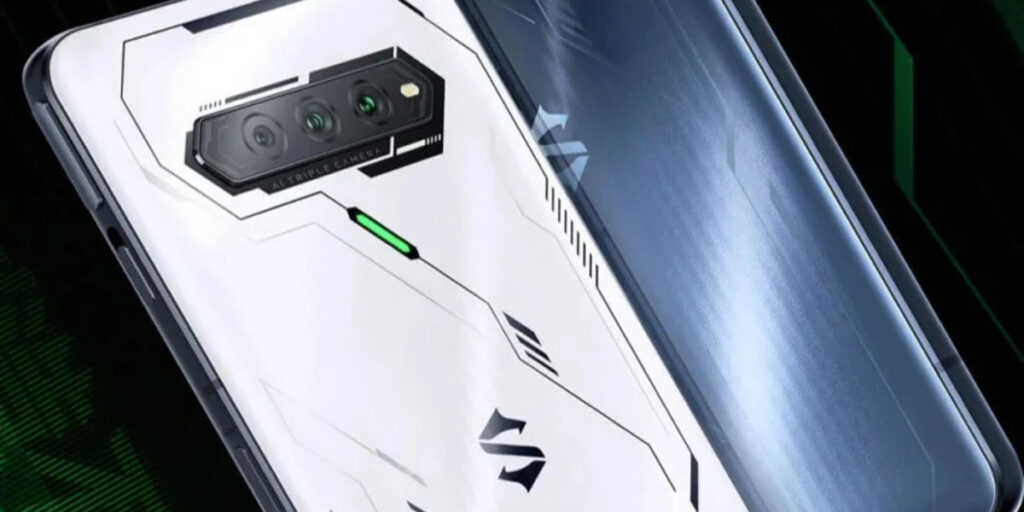 Black Shark was Xiaomi’s answer to ASUS’ ROG and Nubia’s Red Magic lineups — with a dedicated gaming phone lineup of its own. While the first generation Black Shark did make it to India, the device has not been sold here for some time now. Nevertheless, global buyers would take note that the latest generation Black Shark 5 Pro is definitely among the top 10 Android smartphones in the world, by performance.

Launched in India earlier this year as a premium all-rounder, the Vivo X80 is the only MediaTek smartphone in this list of Qualcomm-dominated powerhouse smartphones. The device is not focused on gaming or photography, but offers an interesting balance of pretty much every feature that you would need everyday.

Key specifications of the smartphone include a 6.78-inch AMOLED display with 120Hz refresh rate, the Dimensity 9000 flagship SoC from MediaTek, up to 12GB RAM and 256GB storage globally, a 50MP triple rear camera setup with Zeiss branded optics, dual-band Wi-Fi, the latest generation of Bluetooth 5.3 connectivity for lower latency in wireless accessories, and a 4,500mAh battery with 80W fast charging. 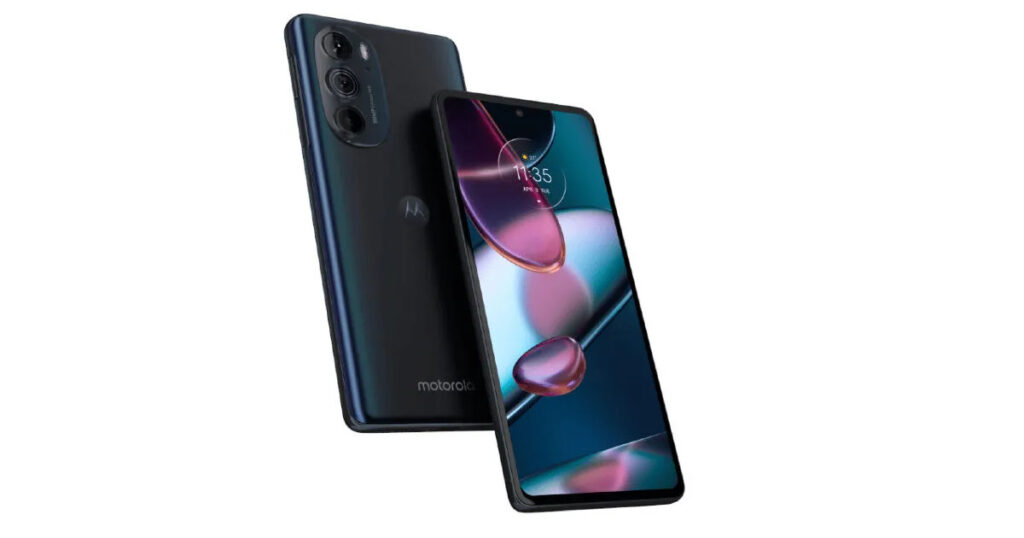 While a new member of the Motorola Edge 30 series has improved upon the series even further with a 200MP camera, the Motorola Edge 30 Pro has hit the charts of being one of the best performing Android smartphones in the market today. It also strikes a good balance in terms of design, ergonomics and pricing, making it an interesting device to consider.

Key specifications of the smartphone include a 6.7-inch OLED display with 120Hz refresh rate, the Snapdragon 8 Gen 1 SoC from Qualcomm, only a single 8GB RAM and 128GB storage variant in India, a 50MP triple rear camera setup with 8K or 4K 60fps video setup, a 60MP front camera, and a 4,800mAh battery with 68W fast charging on the phone. 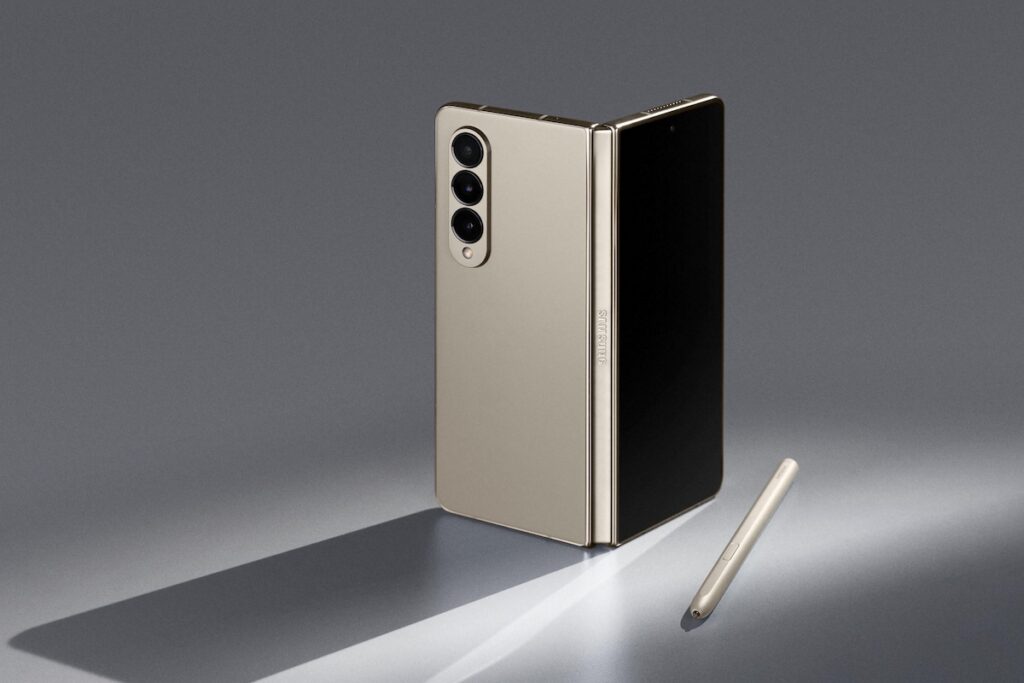 The latest generation foldable from Samsung is not just a novelty, but is also one of the most powerful Android smartphones that you can buy in India today — as per AnTuTu. The device has gone through a number of iterative improvements ever since its contentious first generation attempt at a commercial foldable device.

With a foldable dynamic AMOLED 2X display measuring 7.6-inch and with 120Hz refresh rate, the Galaxy Z Fold 4 also features a 6.2-inch display of the same panel quality on the exterior as well. The smartphone interestingly runs on Android 12’L’ — the foldable version of Android. Other key features include the Snapdragon 8 Plus Gen 1 SoC, at least 12GB RAM and 256GB storage, a 50MP triple rear camera with 4K video credentials, Wi-Fi 6e, and a 4,400mAh battery with 25W fast charging. 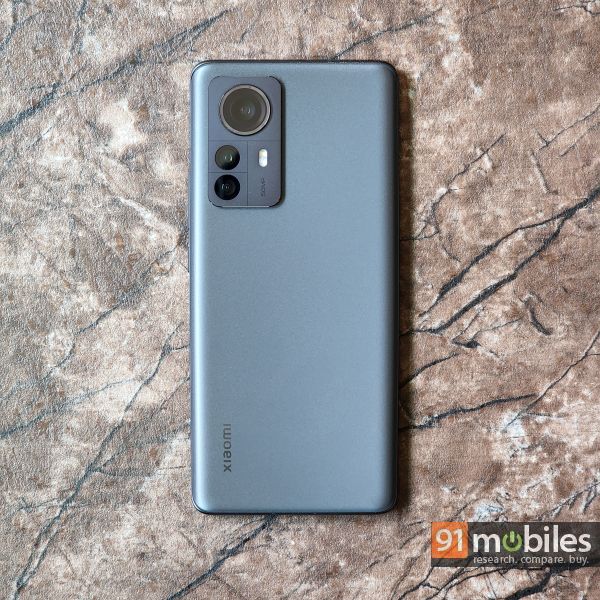 The premium Xiaomi flagship brings up the rear in terms of flagship Android smartphones that top the AnTuTu performance charts. Like some others, the Xiaomi 12 Pro is also not focused on one particular feature — and is instead a reliable, solid premium smartphone that covers most features. At ninth place, the Xiaomi 12 Pro is a very good phone to use even without considering its ranking. One of the older devices in this list, the Motorola Edge X30 was launched in China in December last year. The ‘X’ series being reserved for other markets, you wouldn’t exactly find this smartphone in India, under this moniker. Nevertheless, while its ‘Edge’ range is available in India, the smartphone offers plenty of power for Android smartphone fans.