“Backed by a great design, the V-MODA Forza Metallo Wireless is the company’s latest offering in the in-ear segment”

V-MODA is a well-known name in the audio industry, and buyers in the market for premium headphones often seek the brand as it offers top-notch build quality and good, if a bit coloured sound. While V-MODA initially rose to success with its over-the-ear/on-the-ear headphones, the brand’s in-ear offerings are no slouch either. Case in point, the Forza Wired earphones, which were launched last year and received solid reviews from both buyers and critics alike. This year, the company decided to cut the cord and launched the Forza Metallo Wireless earphones, which feature a neckband form factor and offer up to 10 hours of battery life. Given how most Bluetooth counterparts of wired earphones sacrifice on sound quality, do the Forza Metallo Wireless live up to the company’s reputation? Stay with me to find out. 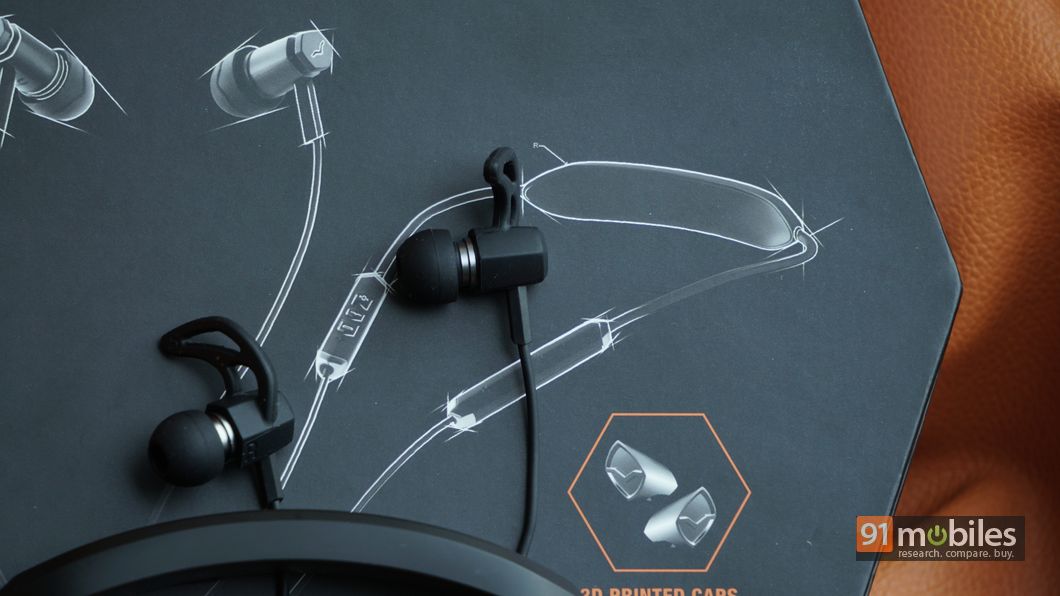 Design has been V-MODA’s strength over the years and the company’s earphones (and headphones) immediately draw attention to themselves with their eye-catching design language. Much like the Forza Wired Earphones, the Metallo Wireless feature hexagonal ear tips which, despite being constructed out of metal, don’t feel all that heavy. While this might seem like witchcraft, the earphones’ light weight profile can be accredited to the Metallo’s neckband design. Since all the electronics of the earphones (including the Bluetooth receiver and the battery) are housed in a plastic shell in the middle, there’s nothing dragging the earbuds down. Another bonus feature of the neckband design is that the V-MODA Forza Metallo Wireless come with a relatively big battery as well as a vibration motor which buzzes when you turn the earphones on/off or receive a phone call. More on that later though. 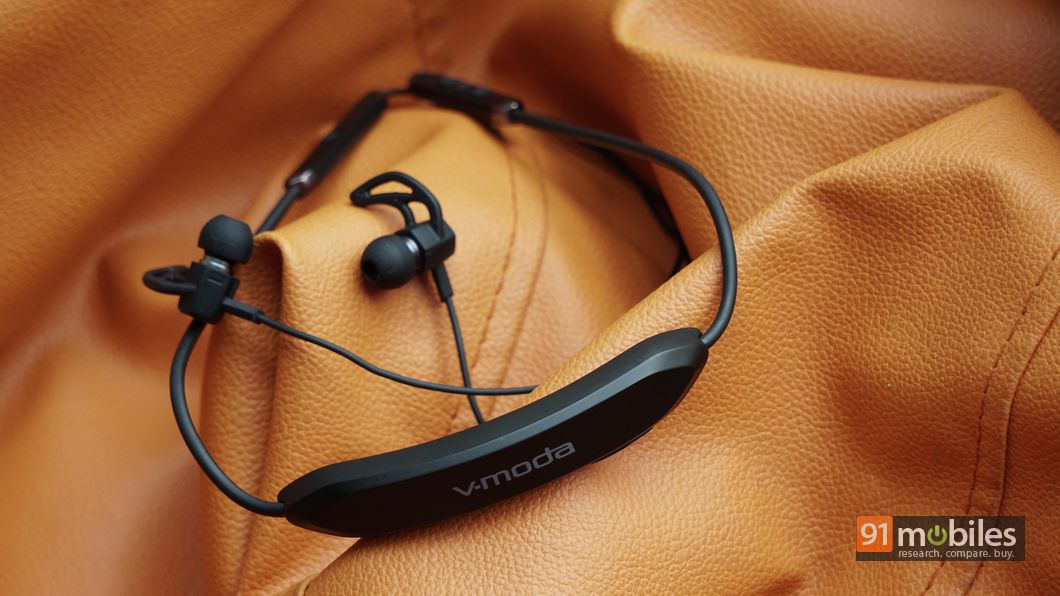 The neckband on the Forza Metallo Wireless doesn’t cover the entirety of the user’s neck and instead, is rather small and rests at the back of the neck. At first, I didn’t make much of the band’s compact design. However, using it over the period of my review, I found that the smaller form factor had a lot of practical uses. For starters, the band doesn’t tug the earphones if you rotate your head. Moreover, since it features a curved design, it anchors nicely towards the back and you can even hide it underneath a collar if you so choose.

The cables connecting the band are thick and house in-line controls on either side which take the shape of a hexagon, keeping in line with the earphone’s brand image. The left in-line control comes with a single button to power the earphones on or off with a single tap whereas the right one houses the controls for music playback. There’s a volume up and down button along with a play/pause button at the centre which can also double up to answer phone calls or skip tracks. 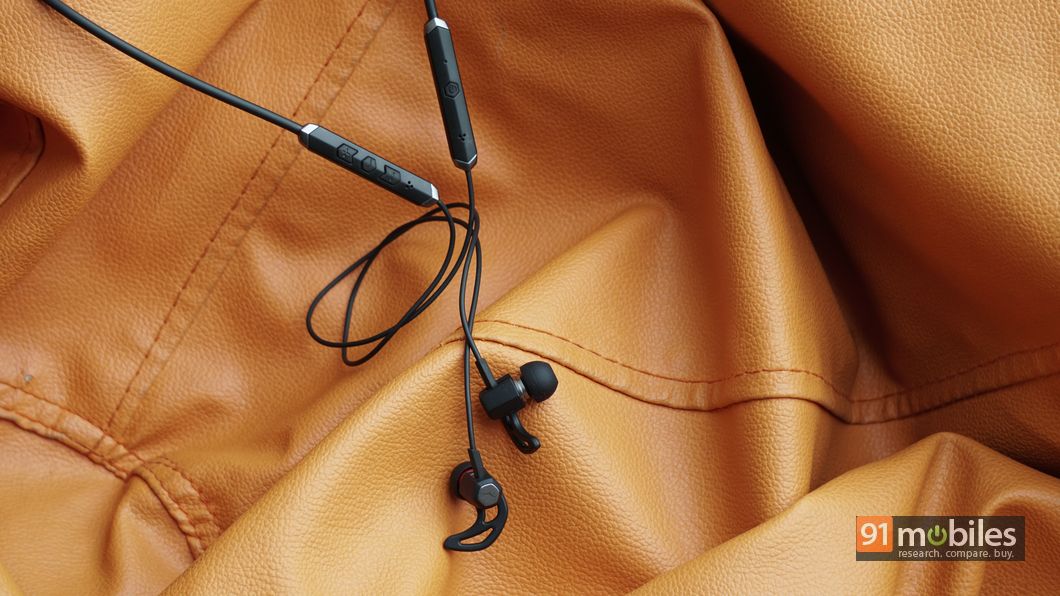 As I mentioned earlier, buyers seek out V-MODA because the company’s headphones and earphones are built like the proverbial tank. The same is true for the Forza Metallo Wireless too, which are sweat and water-resistant, making them ideal for workouts or running. V-MODA also claims that the earphones have put through a variety of strenuous tests such as UV exposure tests which make the earphones even more durable.

While the design and customisability often take a hit when making a device rugged, the same is not the case with the Forza Metallo Wireless. Much like slapping a skin on a brand-new smartphone, you can put a 3D printed shell on your V-MODA’s Forza Metallo wireless too, if you don’t quite like how the earphones look. The 3-D shells have been sculpted from precious metals in Milan, Italy where the brand has a design studio.  Granted, the 3-D shells will set you back a good chunk of money, but they will make your V-Moda’s stand out of the crowd even more. 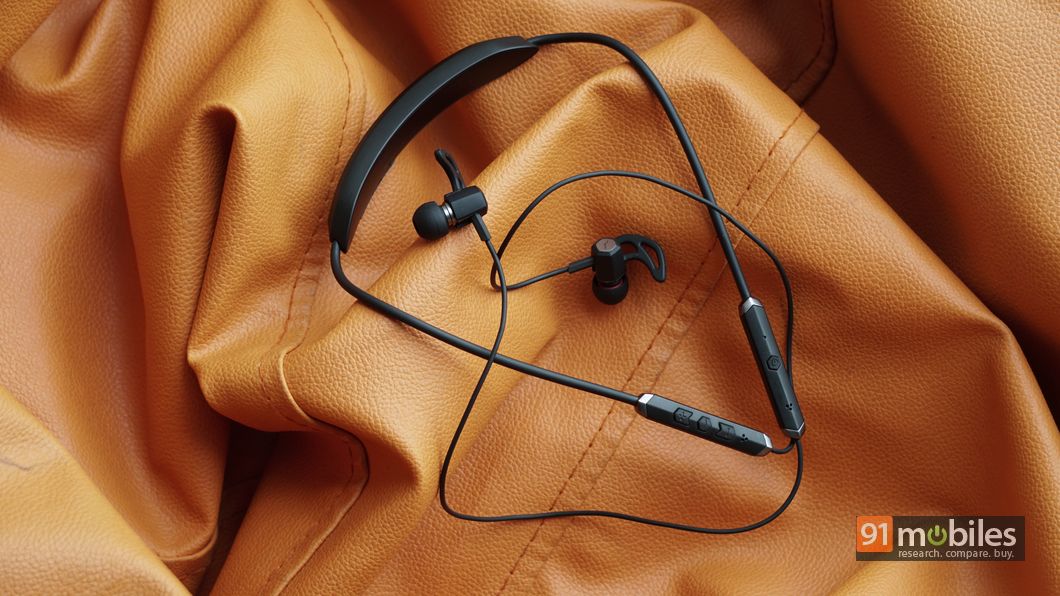 Seeing how the V-MODA Forza Metallo Wireless are “made for sport”, it was imperative that the company got the comfort bit right. And they have, for the most part. The earphones ship with an army of ear tips and fins which will allow you to narrow down the fit for your ear down to a tee. Moreover, the neck band is extremely lightweight and I barely noticed it even after wearing it a couple of hours. On the flip side, this does make the earphones sag a bit. While I never had an issue with the buds slipping out of my ears, the neck band had to be repositioned several times when I was working out in the gym as it kept slipping. Despite that, I can confidently say that the earphones are great for listening to music over long hours as I only faced an issue with the neckband whilst working out. 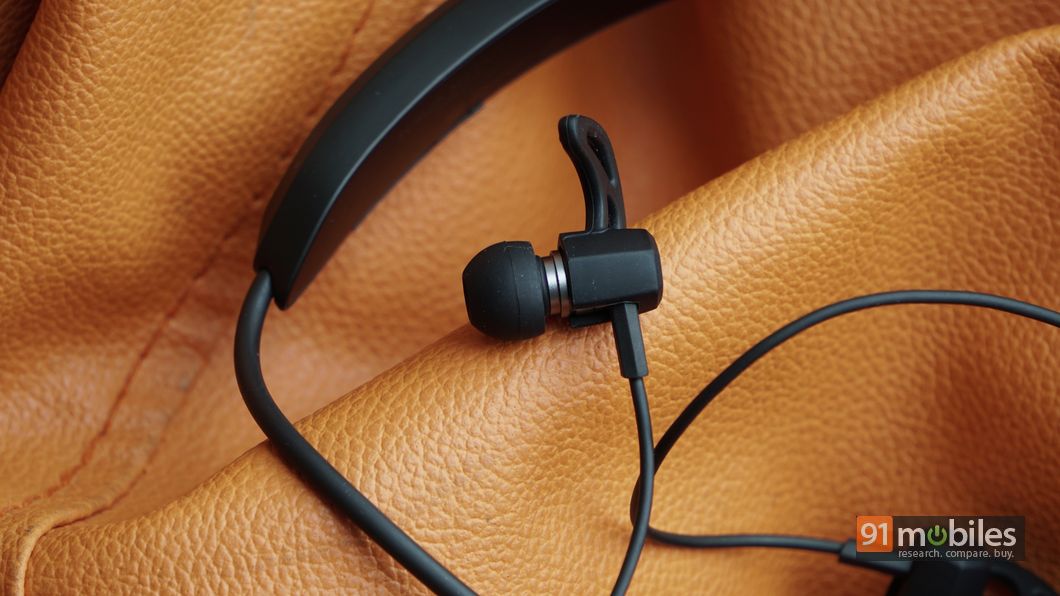 As I mentioned at the beginning of my review, V-MODA’s headphones and earphones are rarely ever neutral and often have a V-shaped sound signature which has elevated bass and relatively recessed mids. However, the Forza Metallo Wireless is perhaps the closest the brand has ever come to a flat sound signature. The 5.8mm high-res dynamic drivers powering the earphones work their magic to produce a rather neutral yet entertaining listening experience, and coupled with support for Qualcomm’s aptX codec, the music streamed via Bluetooth doesn’t dip in quality either. The vocals are clear, the notes are crisp and surprisingly, and the bass is really accurate too… something I wasn’t expecting from the tiny 5.8mm drivers. While Bass heads will certainly have a lot of complaints with the earphone’s sound output, the Forza Metallo Wireless is perfectly capable of handling frequencies in the low-end of the spectrum. A fine example of the earphones’ competence in the low end is Kanye West’s Love Lockdown wherein, the bass guitar has a good amount of depth to it. Another great example of the Metallo’s prowess in the low-end can be heard in James Blake’s Limit to your love, wherein the beat drop is tight, punchy and has a good weight to it. Switch over to vocals and you’ll find a similar result. Roo Panes Lullaby Love was a joy to listen to on the earphones as the Metallos reciprocate the singer’s voice extremely well. The earphones do justice to treble too and pretty much every song from Ed Sheeran’s latest album Divide plays great on the Forza Metallo Wireless. Suffice it to say, V-Moda’s take on a balanced sound output will give you the best of both worlds – an accurate sound signature which is fun to listen to as well. 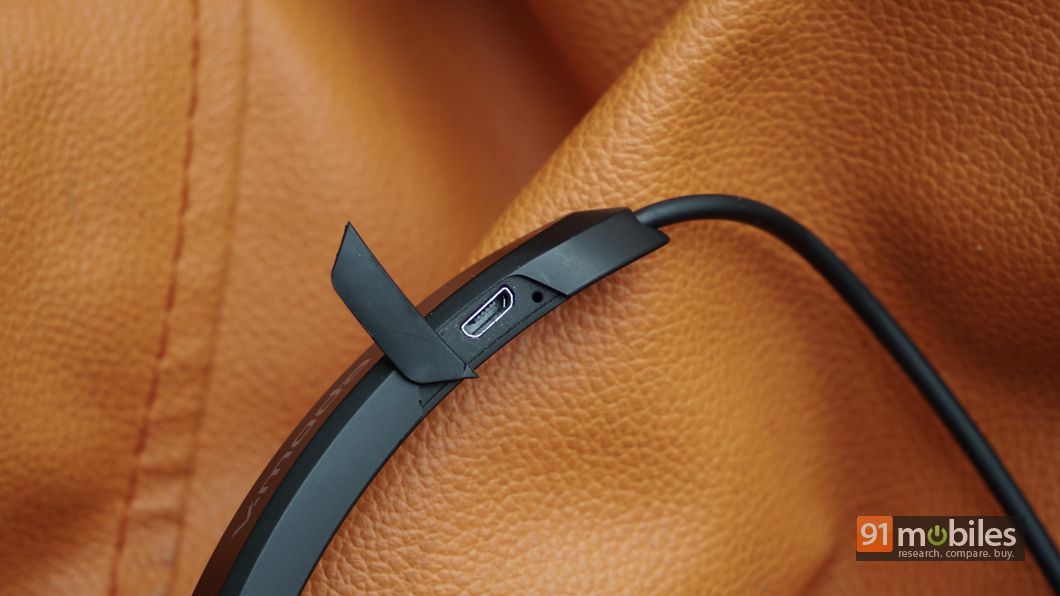 In terms of battery, the Forza Metallo Wireless adhere to the company’s claim of a 10-hour battery life. Moreover, the headphones take a little over two hours to reach 100 percent charge level, which is pretty neat too. Over the course of my review period, I tested the Forza Metallo Wireless across a myriad of smartphones such as the OnePlus 5 and the Moto Z2 Play, and the earphones didn’t drop connection even once. Furthermore, I have no complaints about the call quality of the earphones either as the voice on both ends of the line was crystal clear. 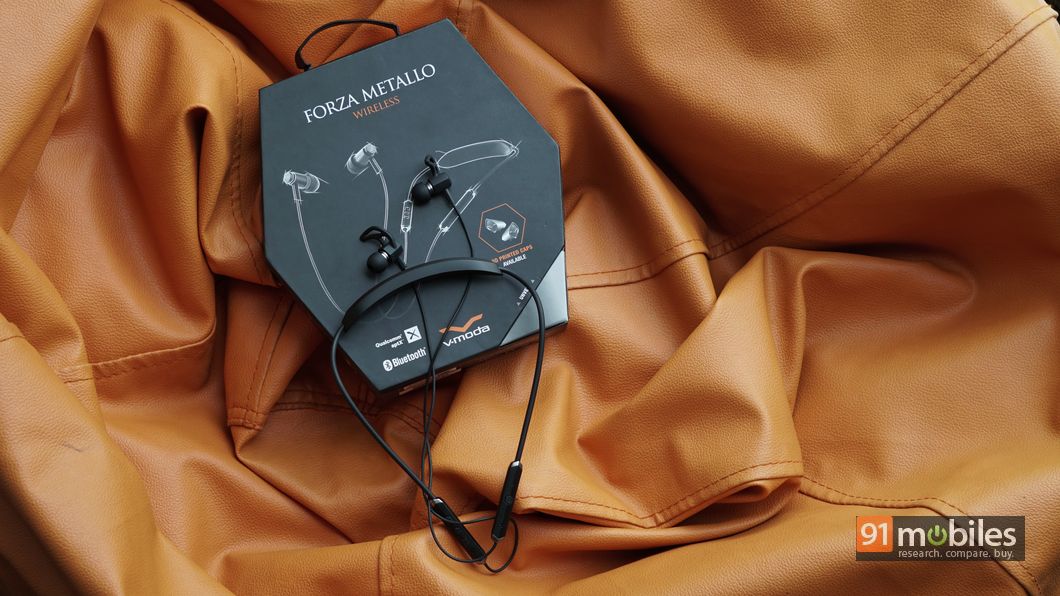 Best earphones under Rs 1000 you can buy in India today