The Xiaomi Mi 4i is a very noteworthy device. We say that not because it’s a very compelling option for the asking price, but because it’s the first global launch by the brand that was unveiled in India first. It also marks a shift in the brand’s strategy, as it makes Xiaomi’s intentions for India very clear – it’s in for the long haul, and with its eyes set at the podium, it’s not going to stop at just ruffling a few feathers. The Mi 4i had its first flash sale earlier today, and sold 40,000 units in just about 15 seconds. This could raise a few eyebrows… but not because that seems like too short a time span to sell that many, but because it seems too long. We’ve seen the brand’s flash sales get over in 2-3 seconds earlier. We’re not going to judge the Mi 4i on that though. The fact is that the Xiaomi Mi 4i (first impressions | FAQs) stands out as a worthy option in the sub-Rs 15,000 range not just for its specs, but also for the compact design, quality of components, battery capacity and the sheer attention to detail. Our full review will focus quite a bit on all those aspects, but before we get to that, we want to pay closer attention to one crucial parameter – camera quality. 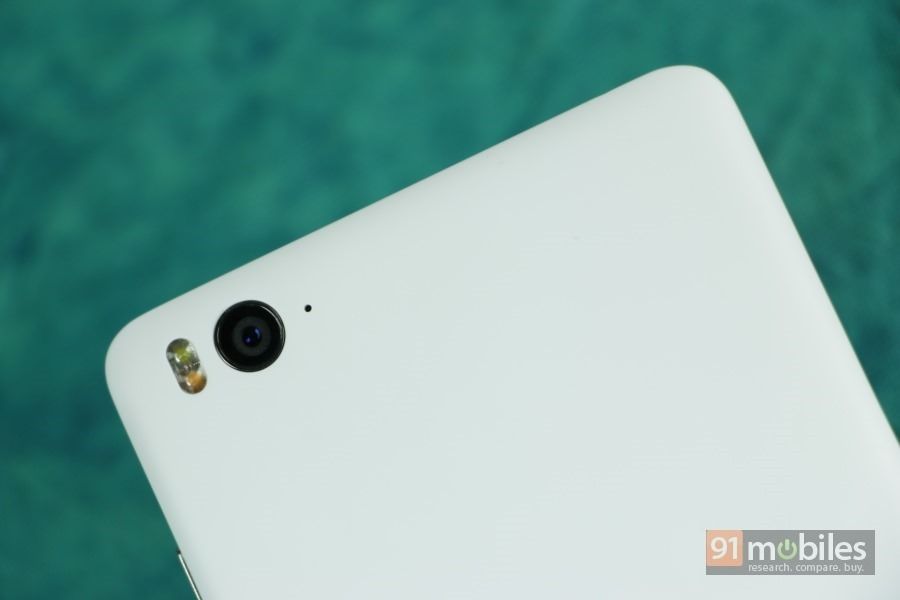 The 13-meg rear camera on the Xiaomi Mi 4i sure looks great on paper. A stacked CMOS sensor from Sony / Samsung, f/2.0 aperture, 5-element lens, dual-tone flash – it ticks the right boxes. The 5MP shooter at front also seems capable. The camera app isn’t new, as we’ve seen it earlier on the Mi Note (review) and Redmi 2 (review) as well. Minimalistic in appearance, it comes with a handful of interesting features, including filters with live previews, and modes such as panorama, HDR, refocus, manual and HHT (handheld twilight). 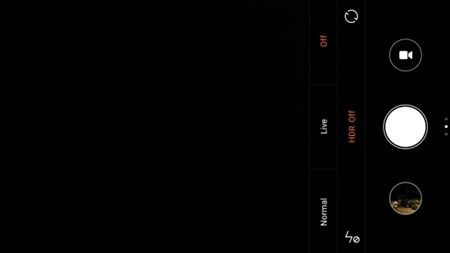 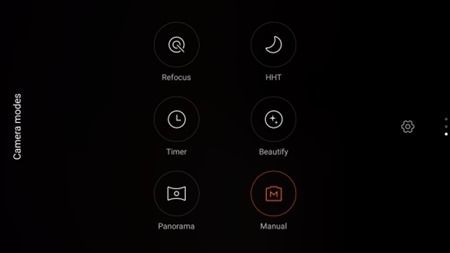 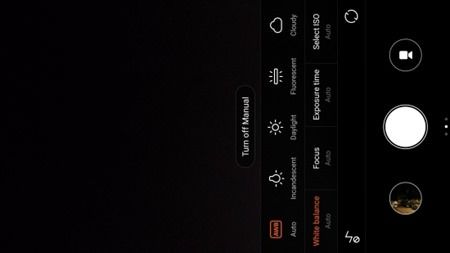 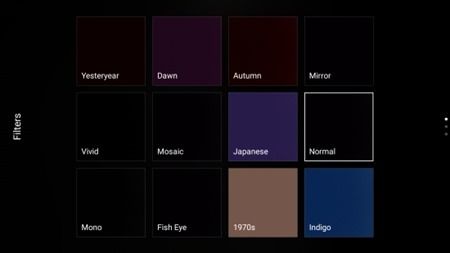 The manual mode allows you to tweak parameters such as ISO and white balance, while the HDR option also includes Live HDR that provides a preview of the end result before you shoot. There’s an exposure ring available if you tap on the screen, while the flash options include a torch mode that keep the LEDs on throughout as you shoot. But enough about specs and features for now – you’re here to see actual results and here they are. Captured in bright daylight, the above image proves how capable the Xiaomi Mi 4i’s primary camera is. The colours are spot on, the focus is sharp, and details on objects in the distance remain clear even when we zoom in. 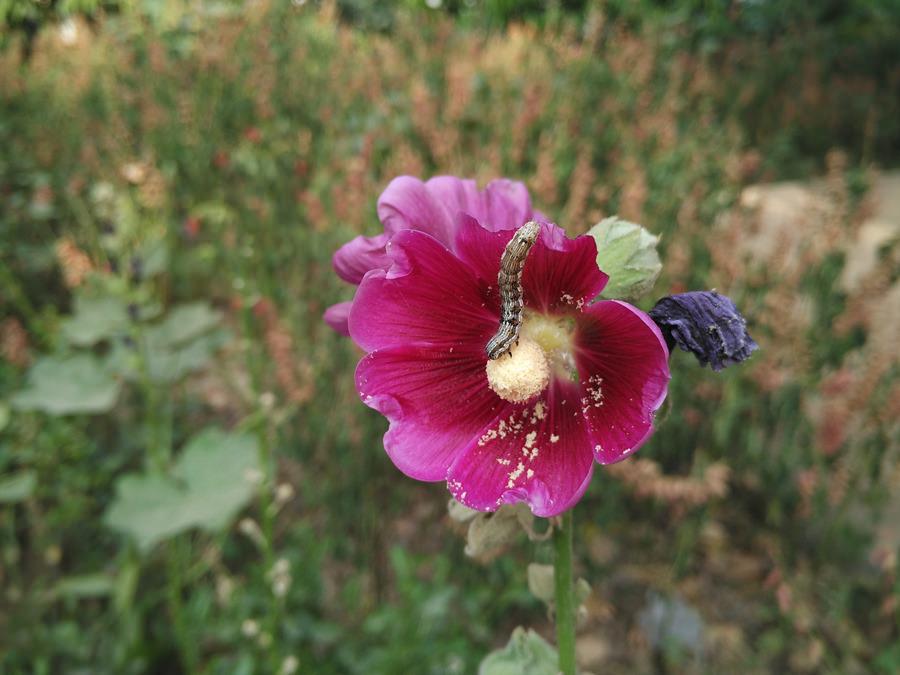 Now isn’t that a lovely close-up shot? It captures the colour of the flower beautifully and keeps it sharp in focus, whereas the background is nicely blurred. We want to check out that caterpillar on the flower closely though, so let’s try zooming in… 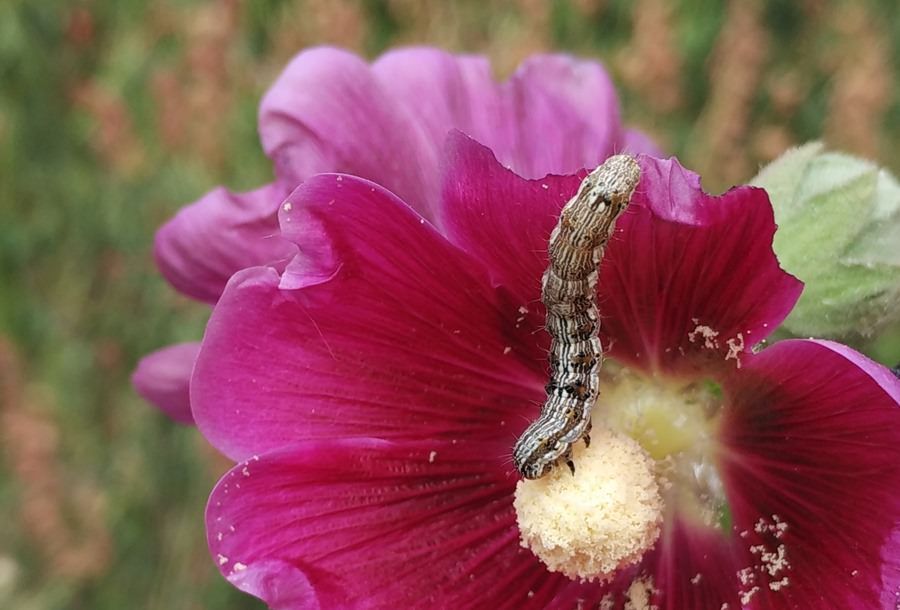 There you go… now that shot looks as if it’s been captured by a professional photographer using a high-end snapper, but it’s just us, and the Mi 4i’s primary camera working its magic, and that too in auto mode. The clarity and sharpness is quite amazing. And before you move on to the next image in our list, don’t forget to check out those legs… 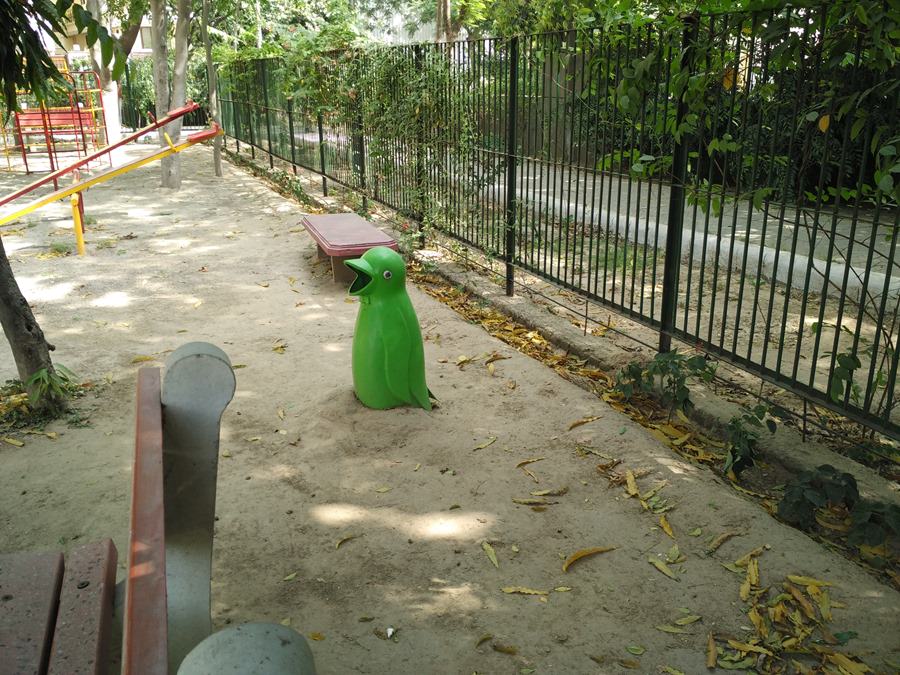 Shot in auto, the only raison d’être of this image is a comparison with the same scene shot with HDR mode turned on. Even by itself though, it’s a good showcase of the Mi 4i’s camera prowess, as the colours and detail look pretty good. 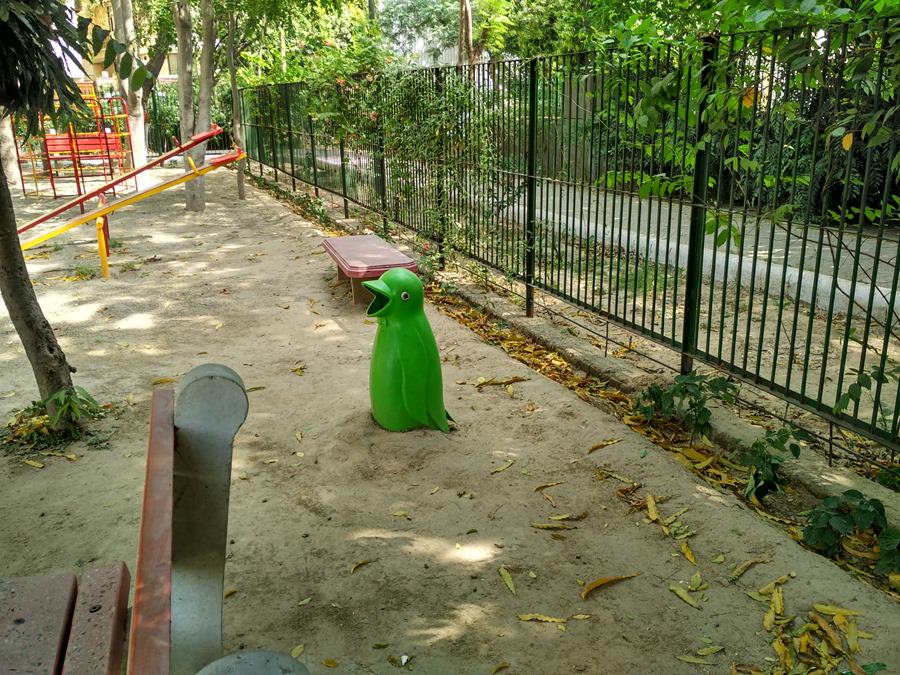 Turn on HDR, and the image takes a sudden turn for the better – with all the details, colours and objects standing out very nicely. Compare this shot with the one above and observe things like the metal grille, the shade of the trash bin, the colour of the foliage and the swings in the background, and you’ll see exactly what we mean. It does look slightly over-saturated, but given a choice, there’s no doubt we’d pick the HDR image over the other. 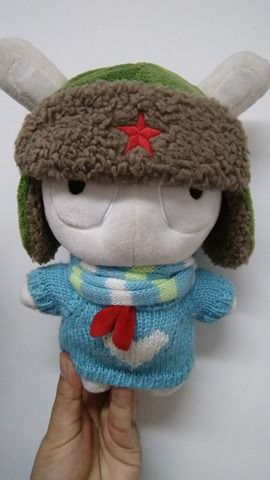 The 5-megapixel front camera on the Mi 4i comes with a Beautify mode that turned on by default, but we’ve turned it off for this shot. The Mi bunny looks rather overdressed considering the current weather conditions in Delhi, but at least the image is rather nice… indicating that the Mi 4i shouldn’t disappoint you in case you eat, drink, and breathe selfies. Or even if you’re just an occasional selfie shooter, for that matter. 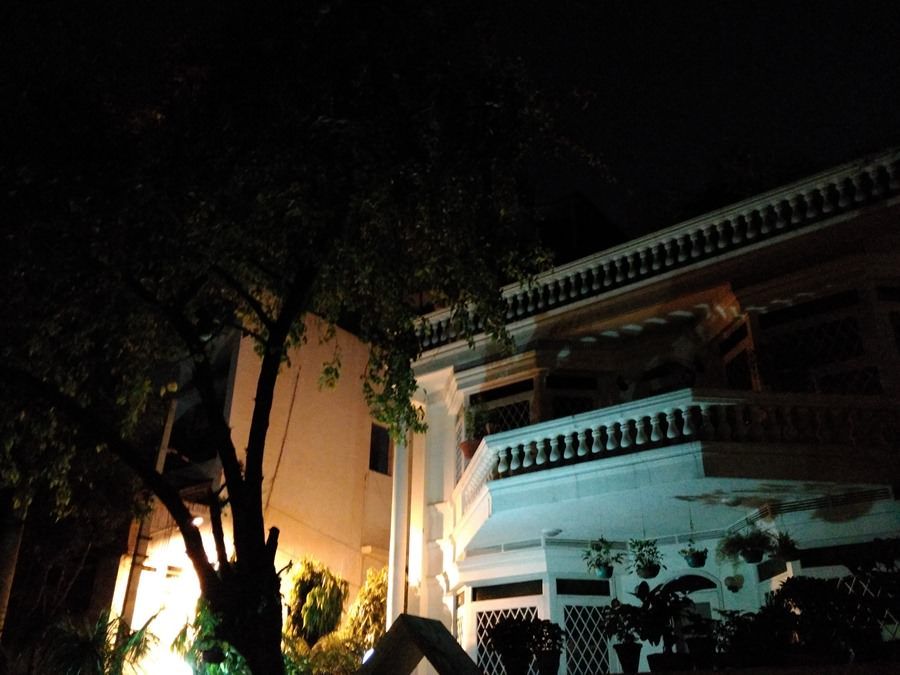 This is where things get tricky. The low-light images captured by the Mi 4i aren’t as amazing as we thought, and display softness and noise. That said, maybe we expected too much from it. The shot above isn’t half bad, and looks quite decent… worthy of sharing. 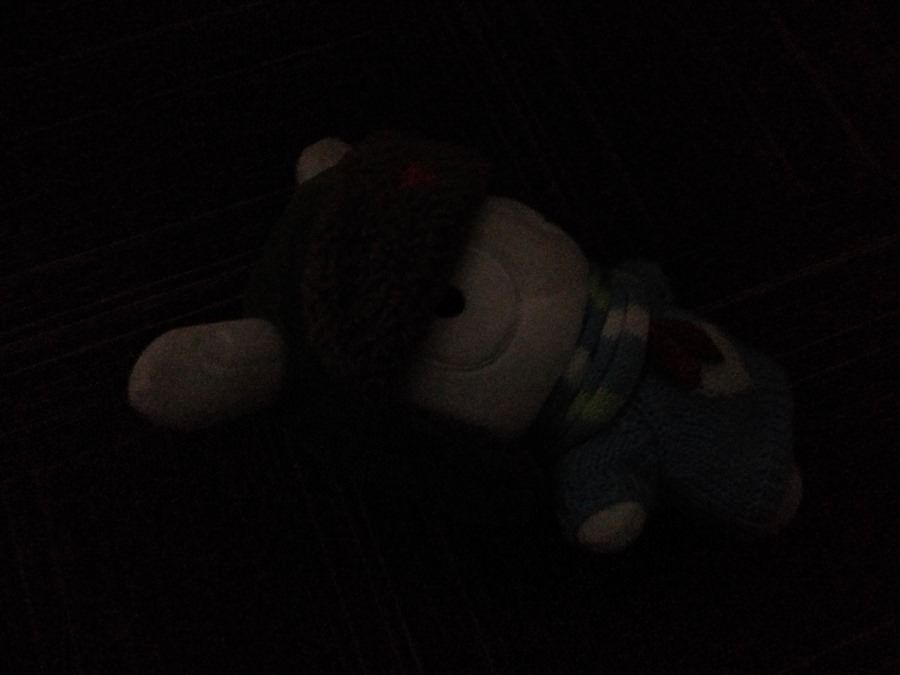 Taking the action indoors, our worst fears are confirmed when we see this shot captured in very dim lighting. The Mi bunny was reluctant to pose for this first, but agreed when we promised a mind-blowing profile image… for social networks you see. Our Mi bunny is a social animal for sure. Coming to the point though, the bunny was left slightly disappointed with this image, which is rather grainy. On the positive side, most other smartphone cameras fare worse in similar lighting, so the Mi 4i still wins points. 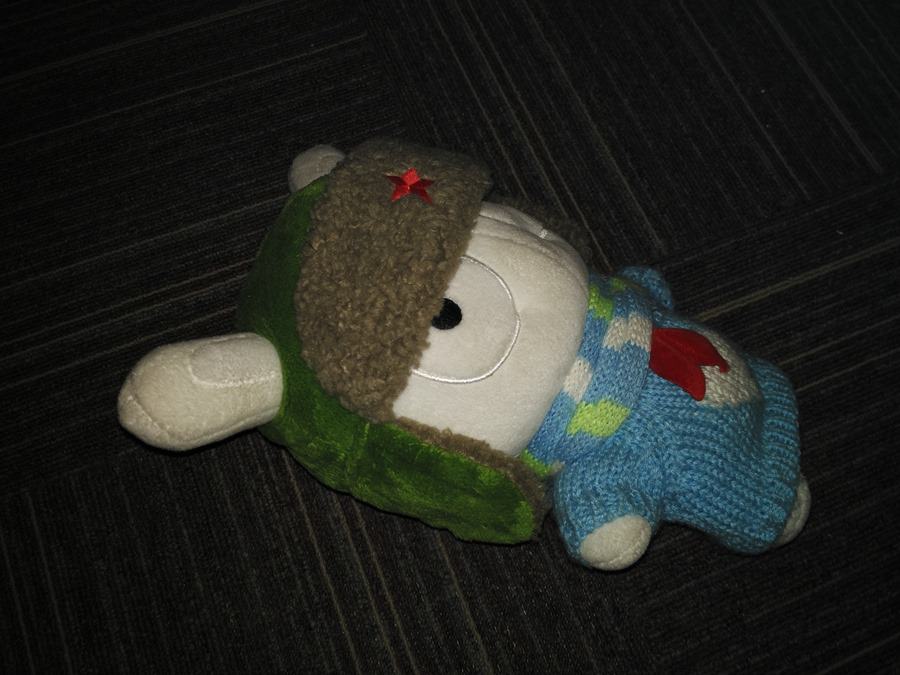 With the dual-tone flash kicking in, we were finally able to please our sulking subject by offering it a nice profile shot. Everything from the colours to the consistent lighting look nice, and the dual-tone flash does well to illuminate without blowing out the subject or making it look unnatural.

As you can fathom from our opinion on the shots, the Xiaomi Mi 4i’s cameras stand out as very capable and worthy. The soft low-light images may not meet our high expectations, but are still better than the results we’ve seen from most rivals. With one big tick mark placed next to one of the most important aspects of the smartphone, we’ll be moving on to the key point – whether or not it deserves your hard-earned dough. The full review will deal with that, and will be up very soon. The Mi bunny is tired after all that shooting and is throwing starry tantrums now, so we’ll wrap this up and call it a day. Tomorrow however, is a whole new day.