“The Mi Mix 2 is a gorgeous, loaded smartphone that offers solid value for your money”

There’s no other way to say it, so I’ll just put it out there. The Xiaomi Mi Mix 2 is the sexiest phone I’ve seen in a very, very long time, and I’ve seen lots of phones, believe you me. Also, let me point out that you might find the word ‘sexy’ appearing quite a few times in this article, but really, there’s no better way to describe Xiaomi’s latest. Of course, good looks alone don’t necessarily mean it’s marriage material, but then, I’ve just gotten started… 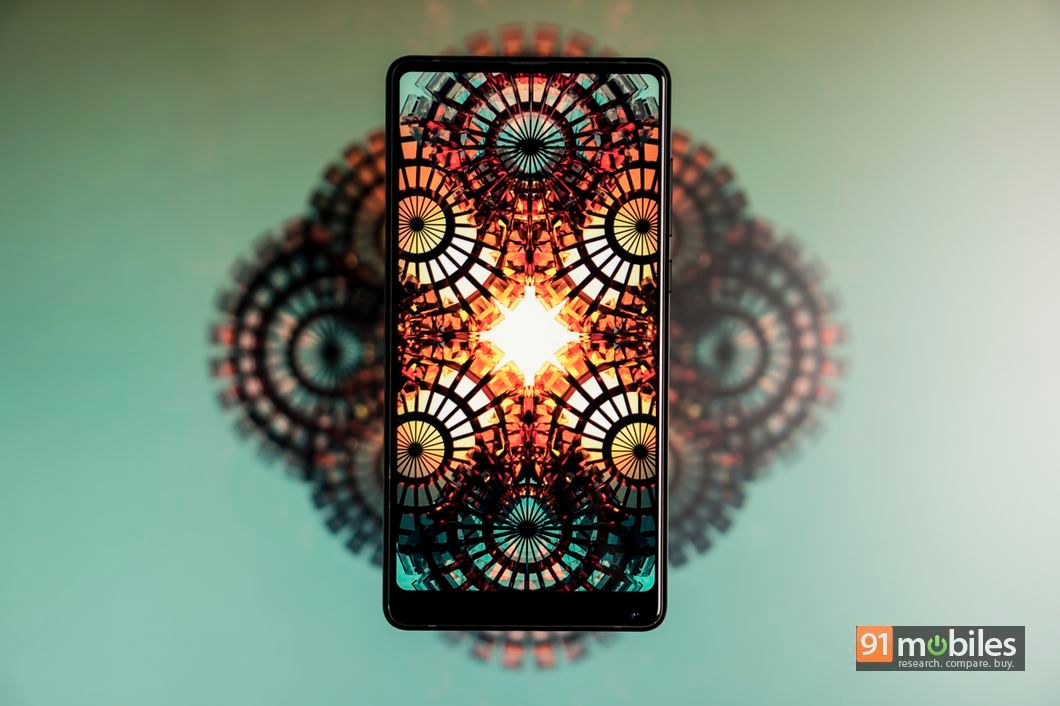 There are bezel-less phones, and then there’s the Mi Mix 2 (first impressions). Of course, its predecessor, the original Mi Mix was a looker too, and was really the one that helped start this new trend – one that the likes of the LG G6 (review), Samsung Galaxy S8 duo (review), the Galaxy Note8 (review), and many others are now following. In fact, this feature has now started trickling down to the mid-range and affordable segments too.

The Mi Mix 2 however, is a special device in more ways than one. The front is almost all screen, with incredibly thin bezels on the top and the sides. In fact, the top bezel is so slim that the front camera had to be accommodated on the bottom lip. A small slit on top of the display serves as the earpiece… there’s nothing else here since the proximity sensor is ultrasonic.

The 18:9 display measures 5.99-inches diagonally, smaller than the 17:9, 6.4-inch screen on the predecessor. Thanks to the smaller screen and different aspect ratio, the Mix 2 is significantly smaller in comparison to the older model. Not just that, it fits better in the hand, and thanks to the bezels that are missing in action, is pretty much the size of a conventional 5.5-inch smartphone. The 1,080 x 2,160 pixel screen is very capable too, and reproduces visuals quite well. 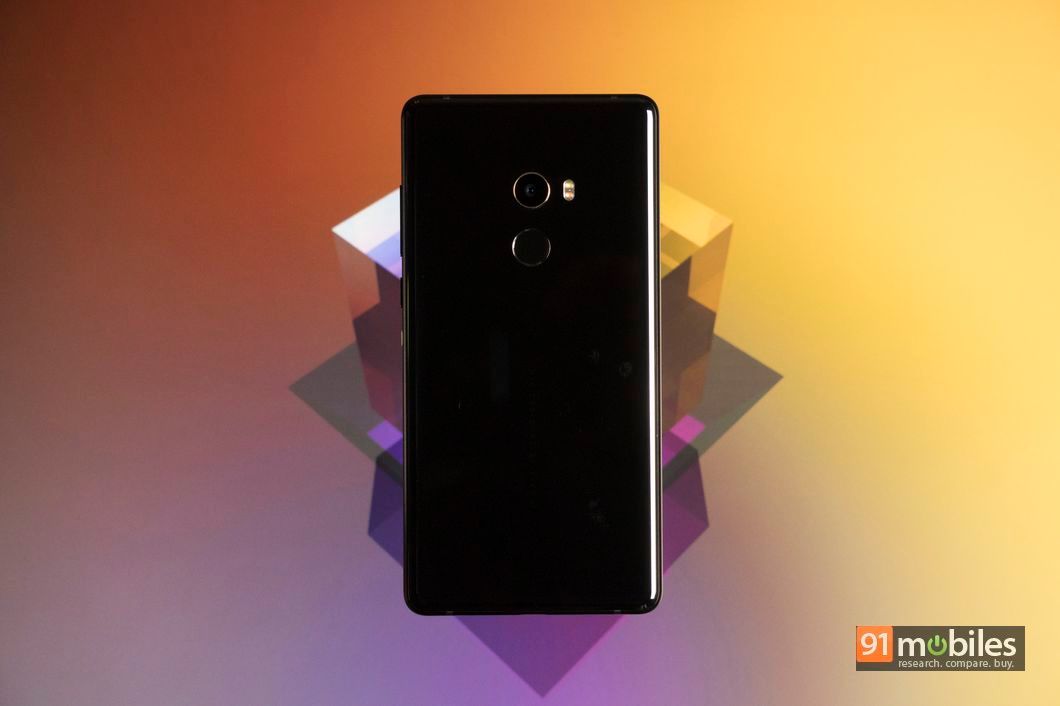 If you think the fascia is interesting, wait till you see what’s on the rear. The Mix 2 is crafted out of ceramic, with an aluminium frame holding it together with the front glass. The glossy rear is a fingerprint magnet, but does feel very premium… you’ll just have to see and hold it for yourself to know what I mean. Adding to the flamboyance is the 18K gold ring that encircles the camera, standing out against the black, glossy expanse of the phone’s posterior. Again, sexy is the first word that comes to mind.

It’s not just a beauty without brains though. The Mix 2 packs a lot of grunt, all thanks to the Snapdragon 835 chip inside, mated to 6 gigs of RAM. This configuration puts it at par with the best premium flagships out there. Do note that there’s no 3.5mm headset socket here, but you do get an adapter in the box that lets you use regular headphones with it. A nice case is bundled too, and that’s really useful if you want to avoid wiping fingerprints and smudges off from the phone frequently.

Suffice to say, that the Mix 2 won’t disappoint in terms of performance – it’s fast, handles thermals well, and can take on anything you choose to throw at it, including intensive games. The 3,400mAh battery is a step down from the original Mix’s 4,400mAh pack, but lasts the whole day with medium usage. And courtesy Quick Charge 3.0 support, it charges quickly via the Type-C port. Another point you should keep in mind is that the Mix 2 supports 43 cellular network bands, which means that it should work with most telecom providers around the globe.

In terms of the shooting prowess, the Mix 2 misses out on dual cameras, which is a bummer. However, it’s lone primary shooter is quite capable, offering a 12MP sensor with 4-axis optical image stabilisation. Up front is a 5MP shooter, placed on the lower lip. Now that’s a weird position for the selfie camera… but thankfully, you can rotate the phone and shoot self portraits as you would normally. The front camera does its job, but it’s not really worth shouting from the rooftops about as far as image quality is concerned. The primary camera fares much better, and can shoot some reasonably good stills… though they can’t really match the OnePlus 5 (which would be the Mix 2’s closest rival) in terms of pure image quality. Here are a few samples, and for full resolution shots, hit this link here.

Software wise, my review unit runs a beta build of MIUI 9, with Android Nougat as base. As you’d know, MIUI is Xiaomi’s take on Android, and comes packed to the gills with features and loads of customisation options. I won’t go into the details here, but you can expect the full set available in MIUI 8, including Dual Apps, Second Space, themes, Quick Ball etc. MIUI 9 isn’t too different in terms of look and feel, but brings with it a few new features, including useful ones such as a split screen mode. 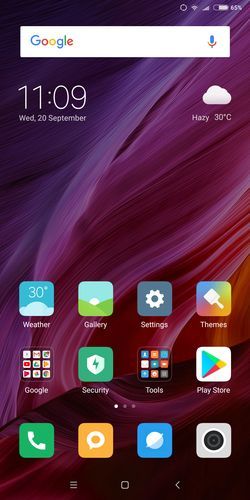 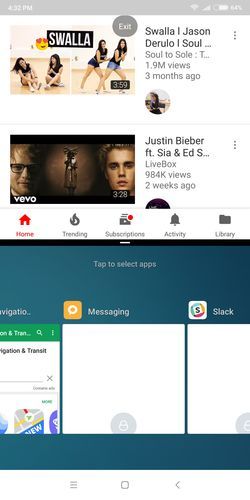 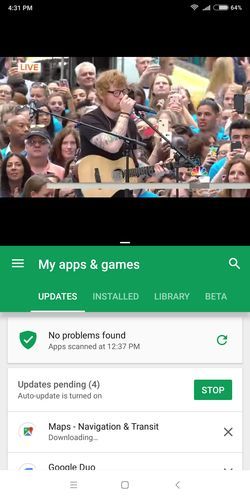 Worth mentioning that I faced a few random app crashes during my review period, but I’m quite sure that the beta platform is to blame for those… and the stable build, once it lands, would be exactly that, i.e, stable. 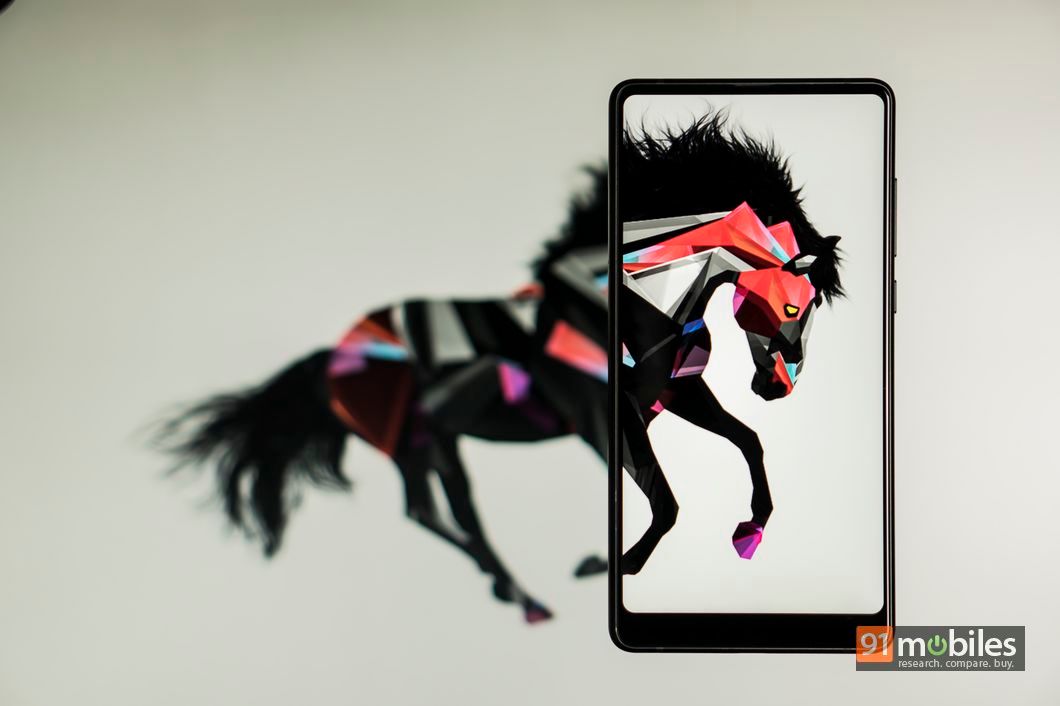 As I said before, the Mi Mix 2 is a special phone. Apart from it’s oh-so-sexy design, it’s also a solid all-rounder, bringing smooth performance, a reasonably capable camera, and good battery life to the mix (pun unintended). The device also promises to be solid value for money (I’m expecting the starting price to be in the region of Rs 35,000). However, it faces stiff competition from two very strong rivals – the OnePlus 5 (review) and the Nokia 8 (review). When pitted against each other, all these three phones bring their own distinct character and have their own set of pros and cons. So let me summarise it for you – if camera quality is important for you, go for the OnePlus 5. If you’re an Android purist and care for timely updates, the Nokia 8 would be ideal. Otherwise, the Xiaomi Mi Mix 2 makes for a great buy, and one that can you flaunt proudly too.

Another reason why the Mix 2 is special is because it will be Xiaomi’s new torch bearer in the country, and is easily the most expensive phone it’s launched in India till date. Now we all know how popular Xiaomi is in the budget and affordable segments, but the launch of the Mi Mix 2 will be the litmus test for the brand that shows how it fares in the premium space hitherto ruled by the likes of OnePlus and Samsung. And after my experience with the Mix 2, I’d say Xiaomi has more than a fighting chance.