How it started, how it’s going. Brand Xiaomi’s journey in India seems quite apt for this popular internet trend since it started out as a smartphone company in the country, but its rise as an electronics giant with a portfolio spanning various product categories has been nothing short of meteoric. The company is now leading in the wearables and smart TV categories in India as well. Amongst all this is the push in the laptop category with its Mi Notebook range, which debuted last year in India. Today I have the Mi Notebook Ultra, which is powered by the latest 11th-gen Intel i7 processor and has a few nifty features under its belt. The device is priced starting Rs 59,999, and it’s now time to get a closer look at Xiaomi’s latest stab in the laptop market. 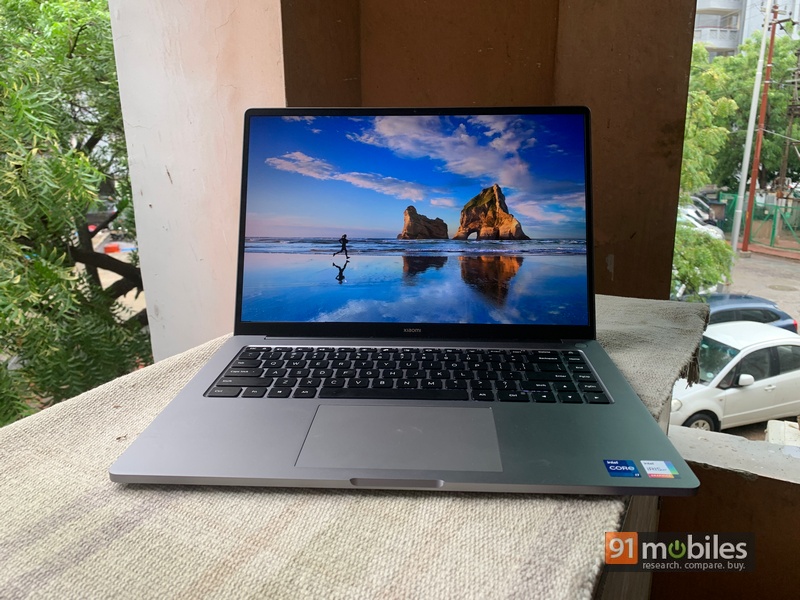 A quick glance at the device shows a resemblance to the MacBook Pro. The all-metal aluminium chassis, the grey colour scheme carried over to the entire body and an overall clean design is very reminiscent of Apple’s laptop lineup. The Mi Notebook Ultra is quite lightweight, tipping the scales at 1.7kg, which is more than reasonable for a 15-inch laptop. The edges are rounded on all sides and the palm rest doesn’t cut into your wrists during periods of extended usage. Xiaomi has kept the hinge extremely rigid and it takes two hands to open the lid. At 17.9mm thick, the Mi NoteBook Ultra can easily slip inside a backpack. The device appears very polished overall, without compromising on factors such as aesthetics or portability. For office goers and college students alike, the Mi NoteBook Ultra, at least from the outside, represents an ideal machine that won’t draw too many curious eyes but still exudes premiumness.

In terms of connectivity, the laptop offers the kind of selection that seems more in line with much pricier devices. On the right side is a USB A 3.2 port along with a 3.5mm headphone jack, while on the right you get two USB C ports with Thunderbolt 4 connectivity plus another USB A 3.2 port and an HDMI 2.0 port. The absence of an Ethernet port is noticeable but you do get Wi-Fi 6 in terms of wireless connectivity. A webcam is positioned on the top bezel but its quality isn’t amazing for video calls. There’s no Kensignton lock support either, but there is a fingerprint sensor integrated into the power button. 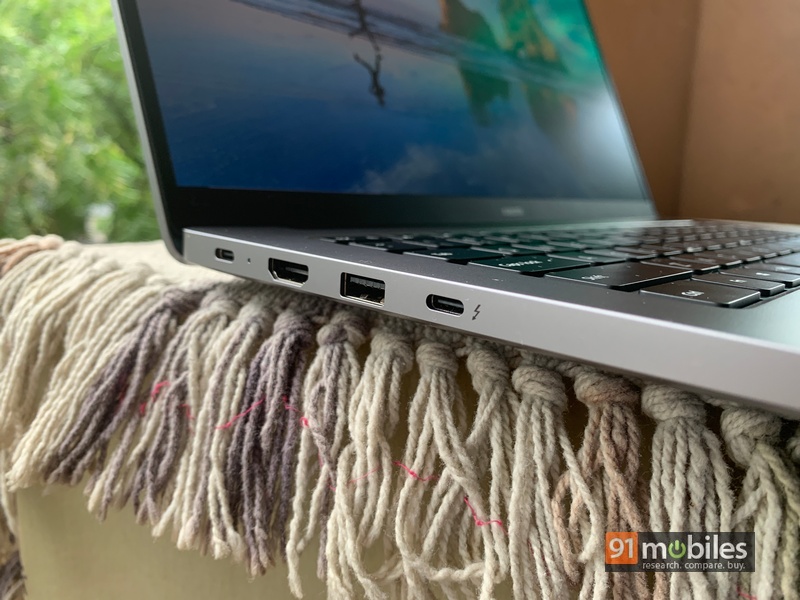 Talking about the display, you get a 3.2K (3,200 x 2,000) panel with a 16:10 aspect ratio and a 90Hz refresh rate. On top of that, the company also claims a 100 percent sRGB coverage. It is quite impressive of Xiaomi to cram in these kind of display specs at the given price point. TUV Rheinland certification and DC Dimming have also been implemented to reduce strain on the eyes. Overall, the display is quite bright and works well for outdoor viewing, and the colours are quite realistic with very little off-axis colour shift. The bezels are very slim and the Xiaomi branding at the bottom does not eat into screen real estate as much as the previous iteration. While my recommendation for any colour correction or photo editing work is usually the MacBook with retina display, the Mi NoteBook Ultra is quite ideal for users that are on a budget and prefer Windows. 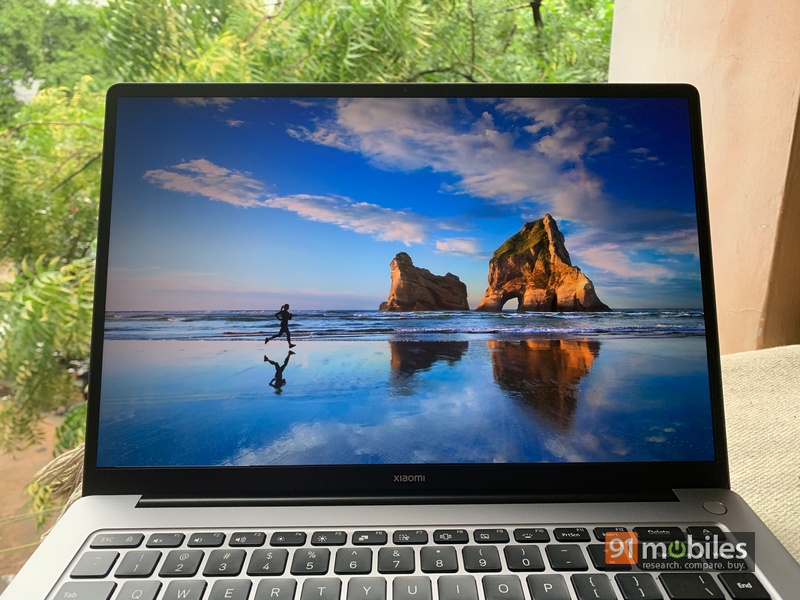 The Mi NoteBook Ultra has a very nice keyboard with regular travel expected on traditional chiclet-style keys. They are clicky but mostly free of noise while typing, and the response is also acceptable. The keys don’t feel cramped at all thanks to the lack of a dedicated numpad although the extremely small size of the right shift key does not sit well with me. The backlighting is adjustable to two levels and felt quite adequate during nighttime usage. The large trackpad is centred and offers a good response time as well. My finger glides quite easily over the surface, and Precision drivers allow for smooth multi-finger gestures too. 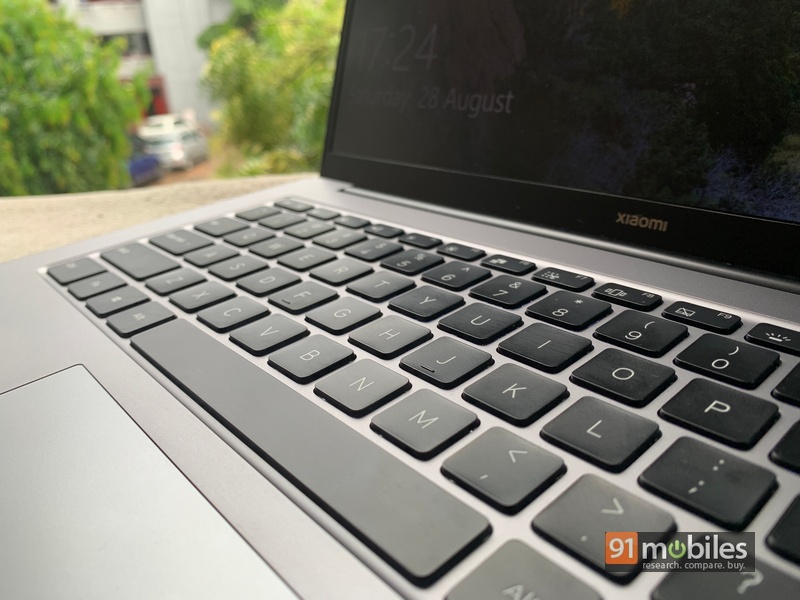 Powering the Mi NoteBook Ultra is an Intel i7-11370H quad-core processor with a maximum clock speed of 4.8GHz and a TDP of 35W. The laptop can easily handle the bunch of moderate tasks that usually make up my day of work, including running several Chrome tabs and switching between them. Other tasks include operating the Microsoft Office suite on the side while engaging in the recent passion of creating amateur level sounds on FL Studio. The laptop’s thermal operation is quite sustainable under such tasks with not even a hint of lag after several hours of continuous usage. In terms of benchmark numbers, the NoteBook Ultra scored a decent 5,728 on Cinebench R23’s multi-core test while Geekbench 5’s test showed a similar 5,159 score. PCMark’s test for simulating a typical workflow gave a score of 4,973 which is just about average. The device’s graphical capabilities are handled by the integrated Iris Xe graphics which can be good enough for playing something like Valorant. On 3DMark’s Time Spy benchmark the device showed a score of 1,367 which is a testament to the rather underwhelming GPU. Clearly, this machine is not meant to play AAA titles, but for a normal workflow with some low-intensity gaming thrown into the mix, it definitely packs enough grunt. For memory requirements, you get 16GB DDR4 RAM along with 512GB NVMe SSD. On CrysalDiskMark, the sequential Read and Write speeds were acceptable at 2,387MB/s and 1,543MB/s respectively. 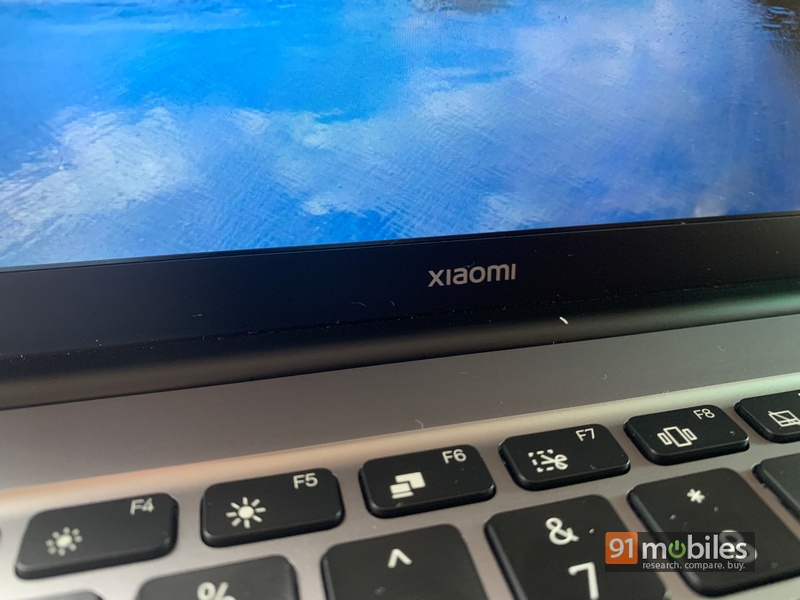 The laptop packs in a sizeable 70Whr battery that is supported by fast 65W charging via the USB C port. Now Xiaomi claims 12 hours of battery life. I myself have seen somewhere around 9 hours with a whole load of battery-consuming Chrome tabs open the whole while. Even so, the Xiaomi Mi NoteBook Ultra offers very good power backup which should quite likely get through a day of work without having to plug it in. 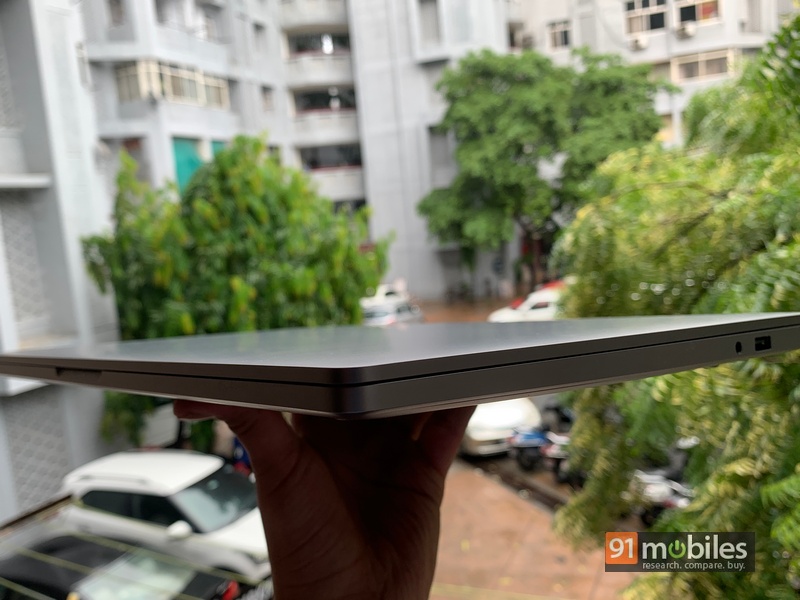 The Xiaomi Mi NoteBook Ultra is a handy, everyday laptop that gets a lot of things right for those not looking to burden their wallet too much. The 90Hz 3.2K panel is great, especially considering the starting price of Rs 59,999, and the top-end i7 version also is very reasonable at Rs 76,999. While it might not be great for heavy tasks or intensive gaming, pretty much everything else is right on the money. It seems like Xiaomi has again lived up to its mantra of offering the best bang for your buck.