“We tested the shooters of the latest budget firecracker from Xiaomi, and here’s what we think” 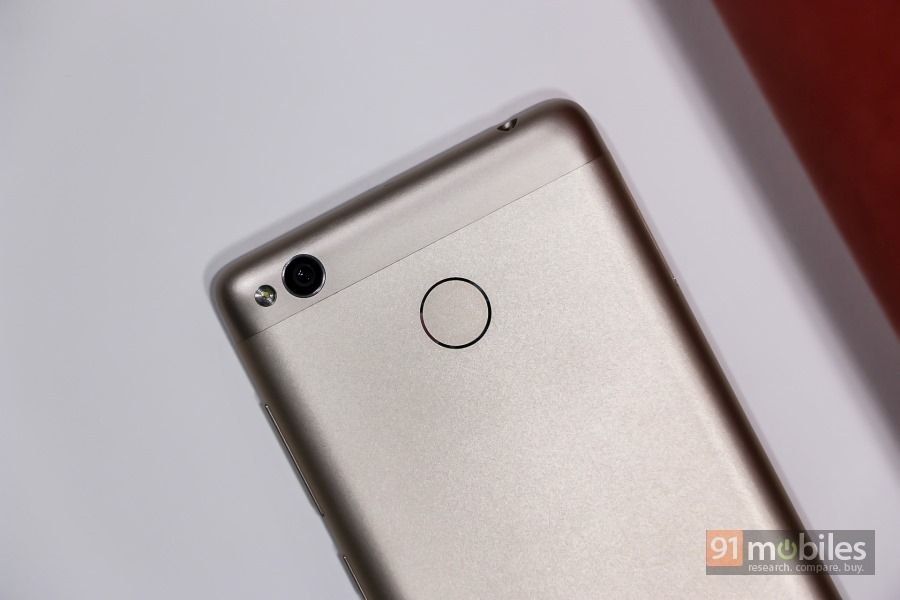 No matter what the world says about living the moment, or criticises the fact that people take their phones out the second they see something fascinating, most of us have an irresistible urge to capture something and save it for times you might feel a need to reminisce. That is precisely the reason why smartphone cameras came into existence… for you to not miss out on any memorable experiences. While we don’t deny that you should live the moment yourself instead of experiencing it through a phone screen alone, how selfish would it be to keep it from your friends and family altogether? Taking pictures and recording videos is everybody’s guilty pleasure. It’s just the subject that changes. While some prefer to click others, some have a thing for the nature and everything else in their vicinity, and some love themselves and prefer clicking selfies. And smartphone cameras have made it possible for each and every one of us to do all of it on the go… anywhere, anytime. Considering how critical an aspect smartphone cameras have become in our lives, phonemakers are constantly trying to ensure that these tiny sensors on your mobile devices are not just a make-shift solution, but can actually shoot your subjects in all their glory. Consequently, we’ve seen some phones with great shooting capabilities across all price segments, and in this article, we’re going to find out if the newly-launched budget firecracker from Xiaomi, the Redmi 3S (first impressions), can make it up to that list. Worth noting that the phone comes in two variants – the regular Redmi 3S, and the Redmi 3S Prime, but the shooters are exactly the same. Therefore, this review applies to both models.

The Xiaomi Redmi 3S sports a 13MP primary camera, aided by an LED flash. For selfies, it uses an 5MP front-facing shooter. The default camera app on the phone should look familiar if you have ever experienced MIUI. 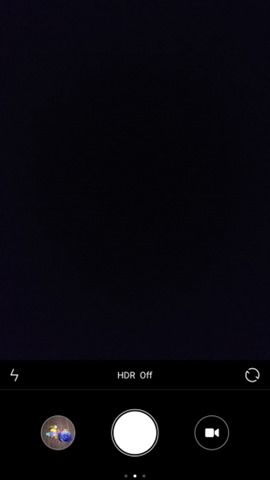 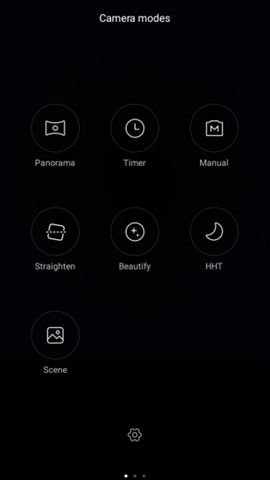 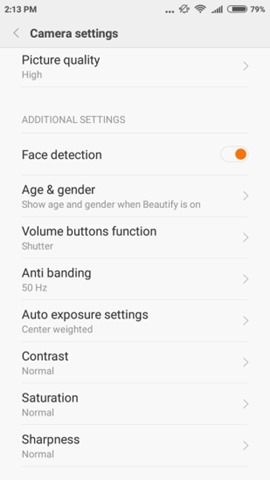 Opening the app, you are greeted with a minimal interface with only a virtual shutter key, and three on-screen toggles to control the flash, turn on the HDR mode, and switch to the front camera. Swiping left from this screen gives you access to a bunch of camera modes including Panorama, Manual, Straighten, Beautify, Timer, Scene, Time Lapse, and HHT. On the bottom of the same screen you can find the settings toggle which allows you to tweak the usual camera settings like setting the picture quality to your liking, controlling the contrast, saturation, and sharpness etc. 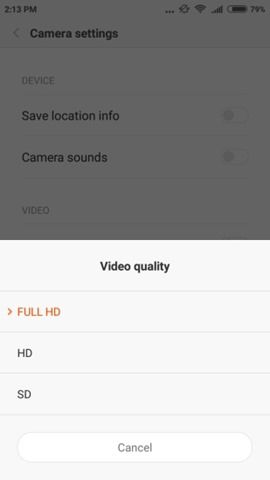 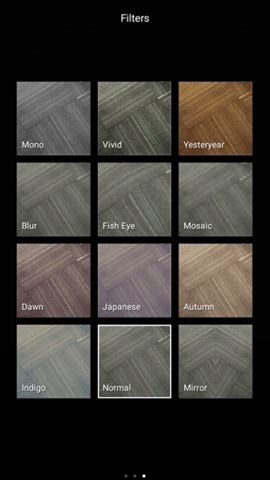 The settings also reveal that the Redmi 3S is capable of recording full HD videos only. However, considering the price it comes at, it’s not fair to expect it to be able to record 4K videos. Apart from all this, the default camera app on the smartphone also offers some live filters which can be applied to pictures in real time, and these can be accessed by swiping right from the viewfinder. Overall, the camera UI on the Redmi 3S is clean, and despite offering a fair number of features, the app does not look crowded with options and toggles.

Now that we’ve acquainted you with the camera app, have a look at some images we clicked with the shooters of the Redmi 3S in different lighting conditions. The Redmi 3S clicks good images in daylight. As is visible from the above landscape shot, the primary camera is capable of capturing a decent amount of detail, and close to natural colours. Lots of details remain intact, even when you view the images in their actual resolution. However, the Xiaomi Redmi 3S seems to struggle on occasion while capturing whites, which look blown out sometimes. That said, the overall picture quality is decent, and you can shoot workable imagery with the smartphone. 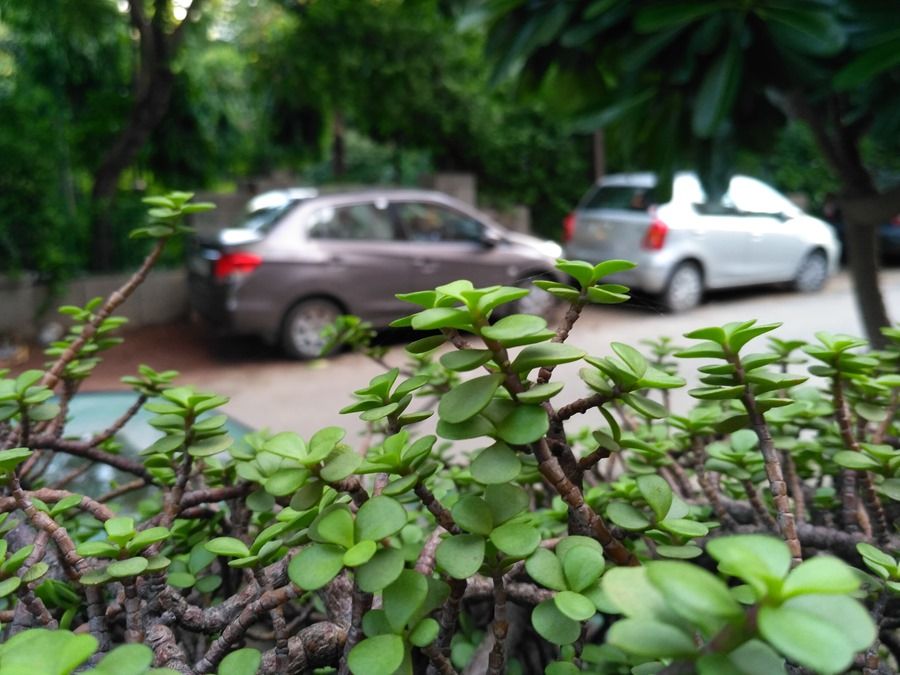 The close-up shot we clicked with the Redmi 3S looks hands-down stunning. There’s a great amount of clarity and depth in the image. The colours look almost perfect, and to vouch for the details captured in this image, there’s a thin strand of a cobweb running from one of the buds to the other. Let’s zoom the image a bit to ensure this image is as stunning as we think it to be.

Close up (Zoomed in) 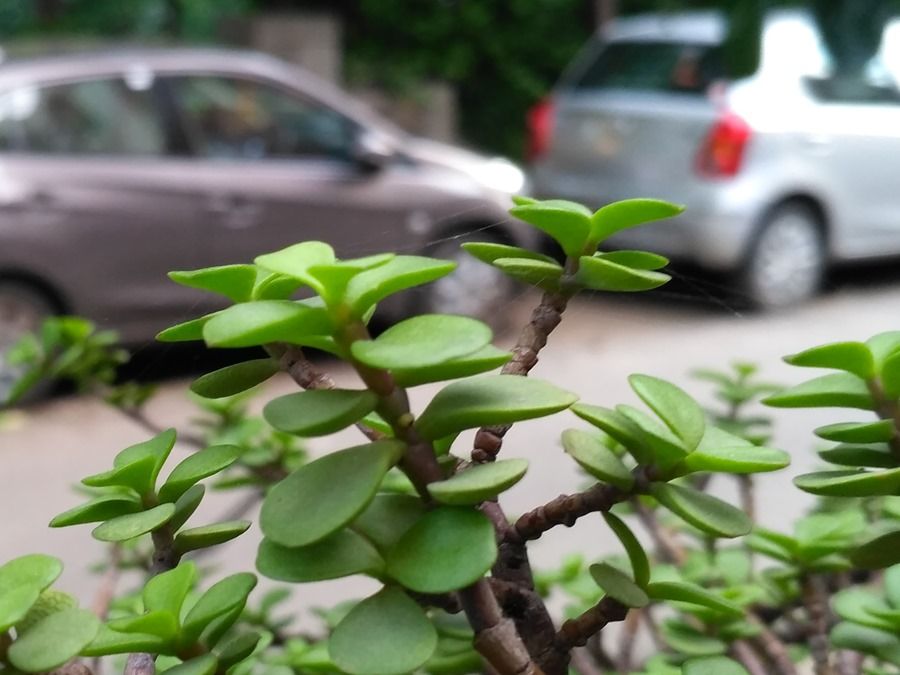 The magnified image only reinforces what we think about the Redmi 3S’ shooting prowess when it comes to close-up shots. The edges of the leaves in focus still look crisp. And, we can still see the cobwebs looking just as thin and sharp. 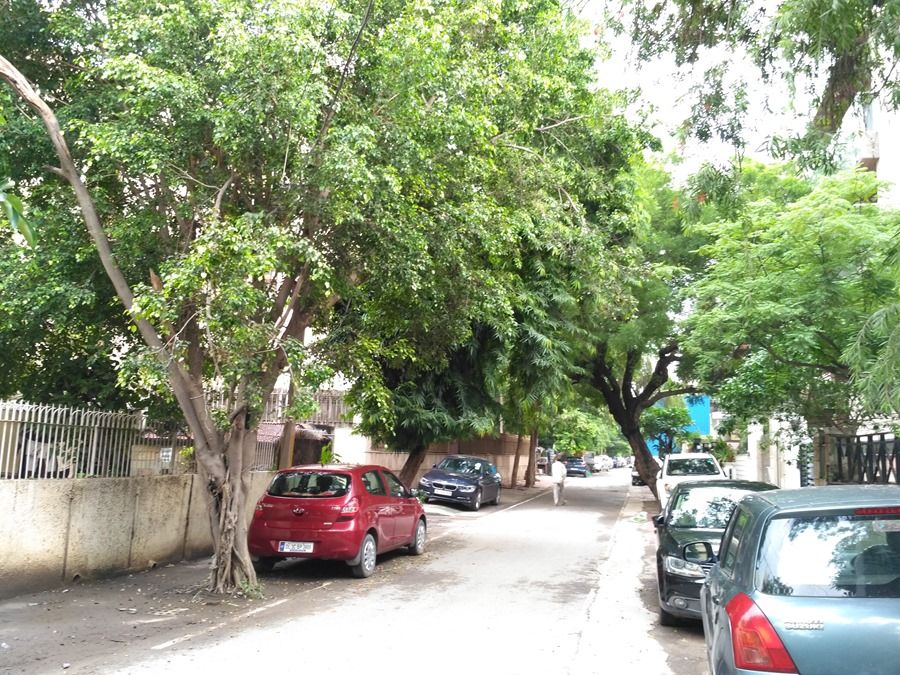 The above image is just another long shot clicked with the primary camera of the device, with good colours and details. However, since it was clicked in broad daylight, the incapability of the sensor to capture whites correctly has resulted in a slightly overexposed image. 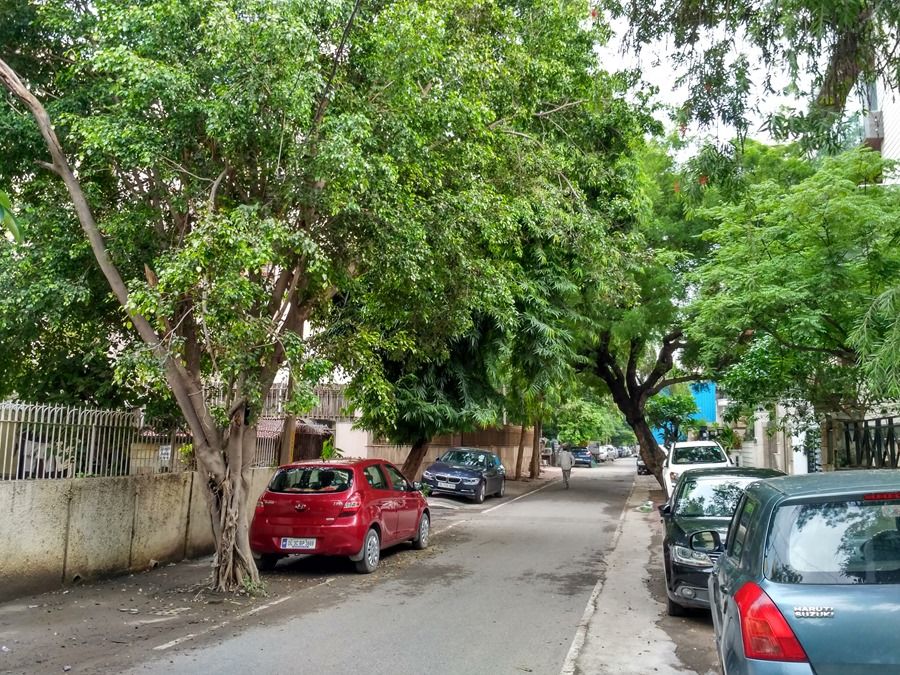 The HDR mode on the Xiaomi Redmi 3S works like a charm. The same street view now has more dimension. Earlier, the street looked so overexposed that it was merging with the white of this webpage. What you probably confused for shadow in the previous image, clearly come across has damp patches on the street in the HDR image. Even the green of the trees looks better and more vivid. 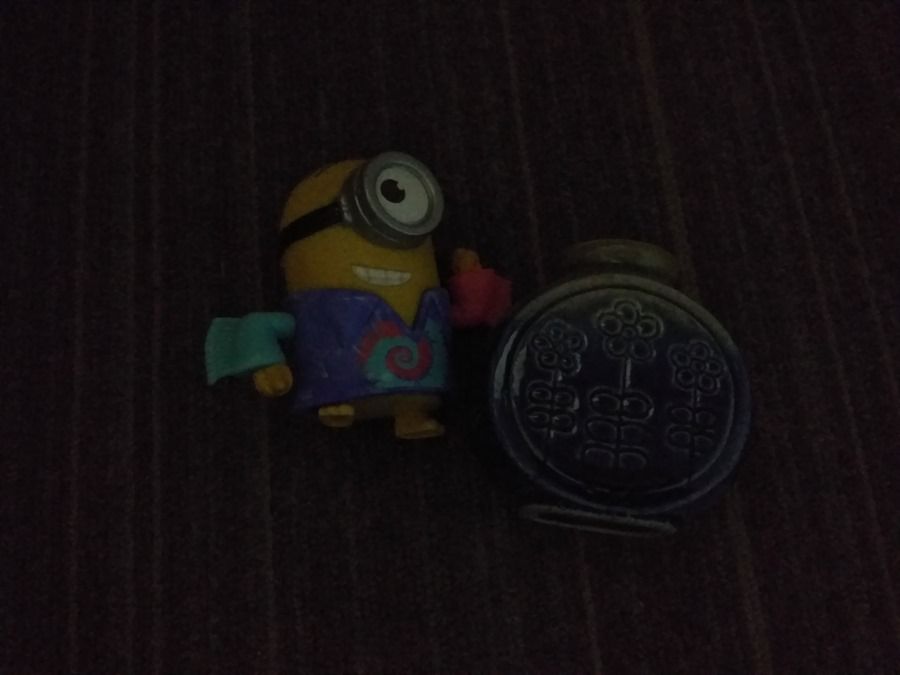 The Xiaomi Redmi 3S’ primary camera struggles a bit in low-light conditions. The above image looks extremely grainy. However, on the positive side, the camera has captured nice colours even in low light, and you can clearly make out the subject. 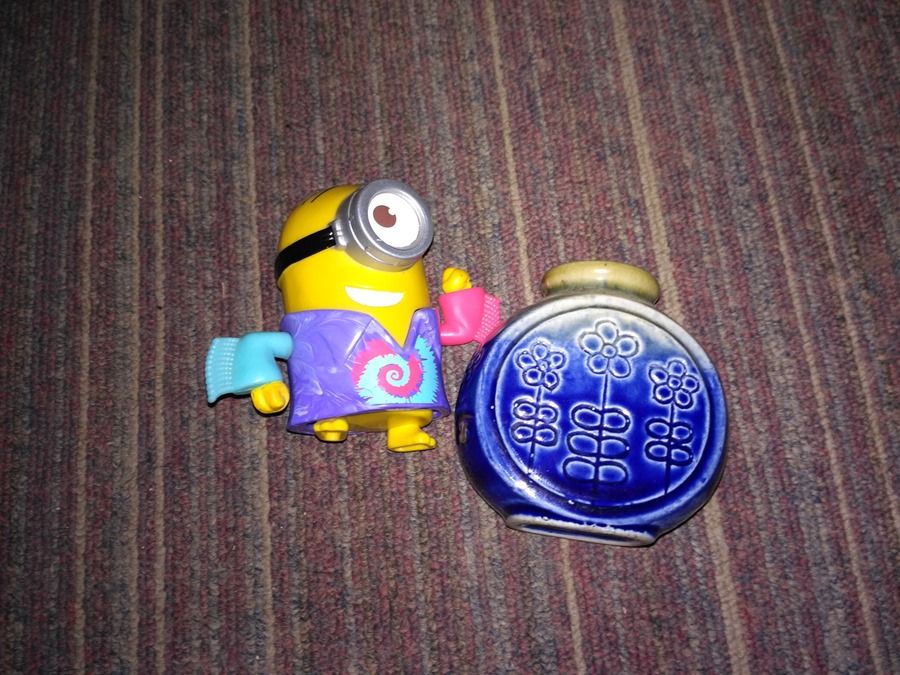 The LED flash on the Xiaomi Redmi 3S does its job perfectly. The same image now shows good details, you can see sharp edges, and the subject is evenly lit. 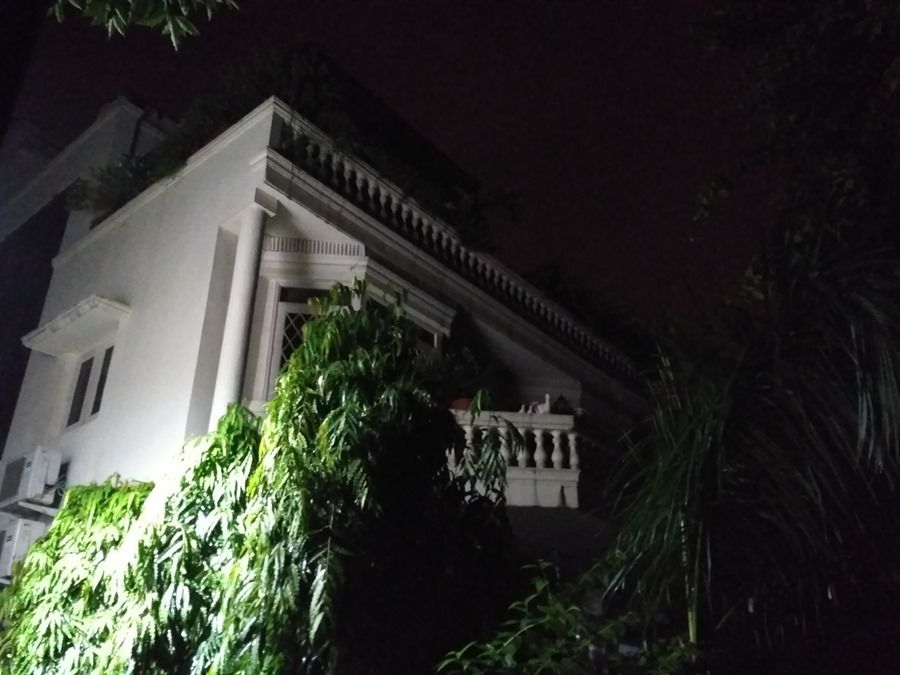 Given that it was taken after dark, there’s a lot of noise in the above image. Still, the camera has captured a fair amount of detail, even in areas which aren’t falling under the light directly. This is definitely not one of the best night shots we’ve clicked of late, but it’s still very decent, considering the price of the Redmi 3S. 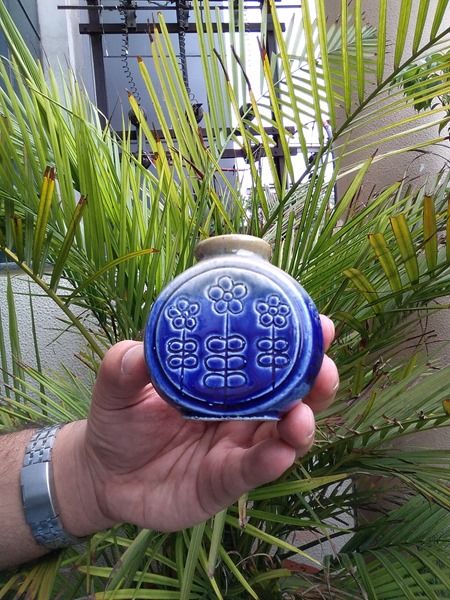 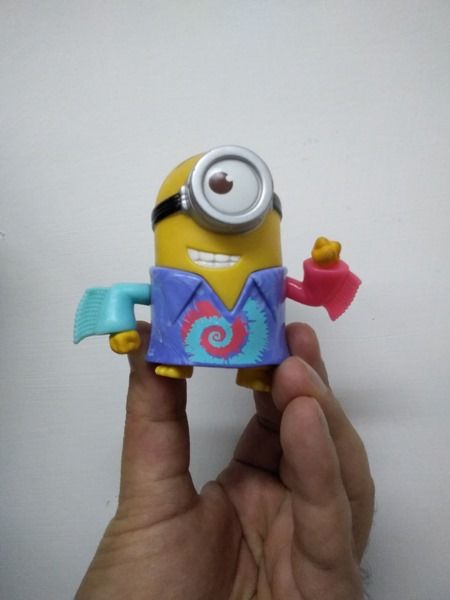 The Xiaomi Redmi 3S is capable of clicking decent selfies. While the ones you click in daylight will deliver better colours and details, the ones clicked indoors could turn out slightly dull. That said, you won’t be disappointed with either. The front camera does not come assisted by an LED flash, so you might have to struggle in low-light conditions.

The Xiaomi Redmi 3S’s shooters are a mixed bag, with the positives amounting for a bit more than the negatives. Apart from the grain that creeps in under low light conditions, and the blown-out whites, the smartphone ensures that the images you click look nice, and share-worthy. For the price it comes at, the smartphone competes with the likes of Coolpad Note 3 Lite (first impressions), and the recently revamped Lenovo Vibe K5 Plus. While the snappers on the former aren’t as impressive, we haven’t been able to test the cameras on the latter. However, we can surely say that the Xiaomi Redmi 3S and the 3S Prime offer a pair of shooters which are very capable and shouldn’t disappoint most.