The term ‘flagship-killer’ is often used to refer to smartphones from OnePlus, but Xiaomi’s Mi 3 was arguably the first affordable flagship that launched in the Indian sub-continent. Over the years, Xiaomi has strengthened its grip on the Indian smartphone market and is currently said to be toe-to-toe with Samsung in terms of market share. The VFM smartphone segment remains a key focus area for the so-called Apple of China. Of the nine smartphones launched by the company this year, eight catered to the budget-conscious audience, the most recent of which comes in the form of the Redmi 5A (first impressions). Now, truth be told, the 5A isn’t a huge improvement over its predecessor, the Redmi 4A (review). However, the pricing is quite enticing, and Xiaomi is positioning the device as “desh ka smartphone’’. Patriotism aside, should you buy the Redmi 5A? I intend to answer that question in this review. Stay with me.

Let me start by talking about the things the Xiaomi Redmi 5A gets right. Design-wise, Xiaomi has stuck with the “if it ain’t broke” philosophy and the 5A takes most of its design cues from its predecessor. However, that’s not a bad thing, considering the 4A was heavily praised for being ergonomic and one-hand friendly. The same traits are carried over to the Redmi 5A too with the addition of a slightly curvier back, which aids with the grip. The smartphone is slightly heavier than its predecessor too, and all things considered, the in-hand feel of the 5A feels superior to the Redmi 4A, despite the fact that the new phone also sticks to plastic for its construction.

Moving on, the button and port placement of the two phones are identical too, but this time around, the smartphone gets an additional slot on the left spine and therefore, you won’t have to compromise between expanding the storage or using two SIMs together at the same time. Similar to the 4A, the Redmi 5A misses out on a fingerprint sensor too, which isn’t surprising considering the smartphone’s low price tag. 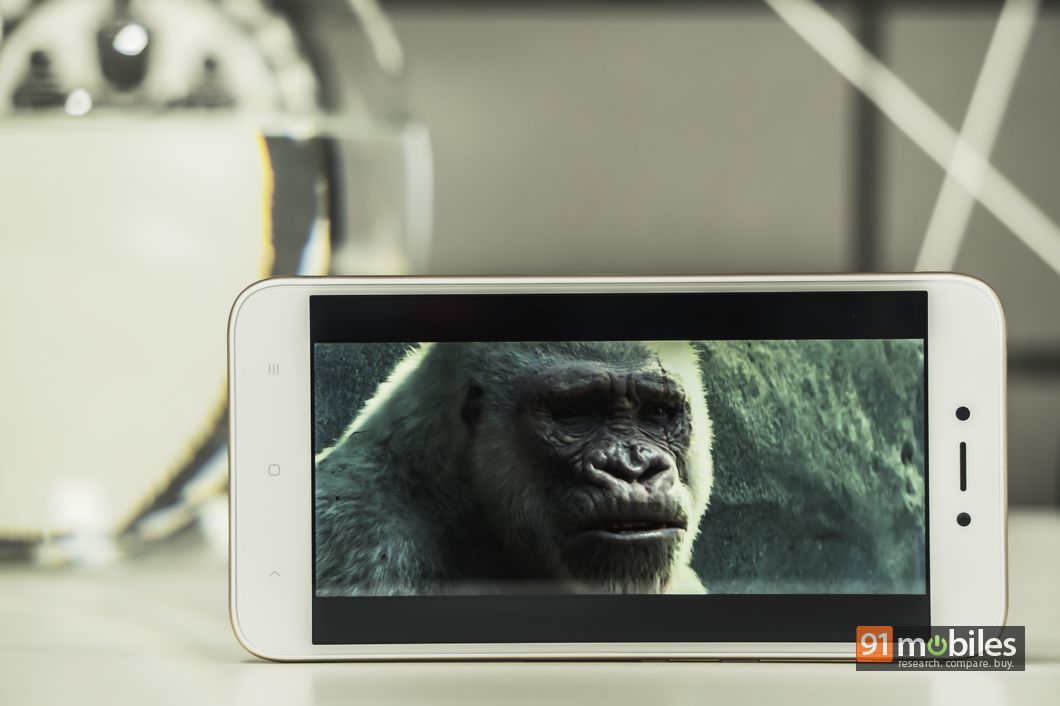 In terms of display, buyers will get a 5-inch panel with the Redmi 5A which boasts a resolution of 1,280 x 720 pixels. There’s a black trim around the display which feels a bit odd, but at its price point, the Redmi 5A gets a pass. The quality of the panel, on the other hand, is very good. The smartphone gets sufficiently bright under direct sunlight and the device’s ambient sensor does a fine job of optimising the display’s brightness to the surrounding environment too. You’ll also get a built-in reading mode with the Redmi 5A, which will shift the tone of the display to warmer temperatures, thereby easing the strain on your eyes. 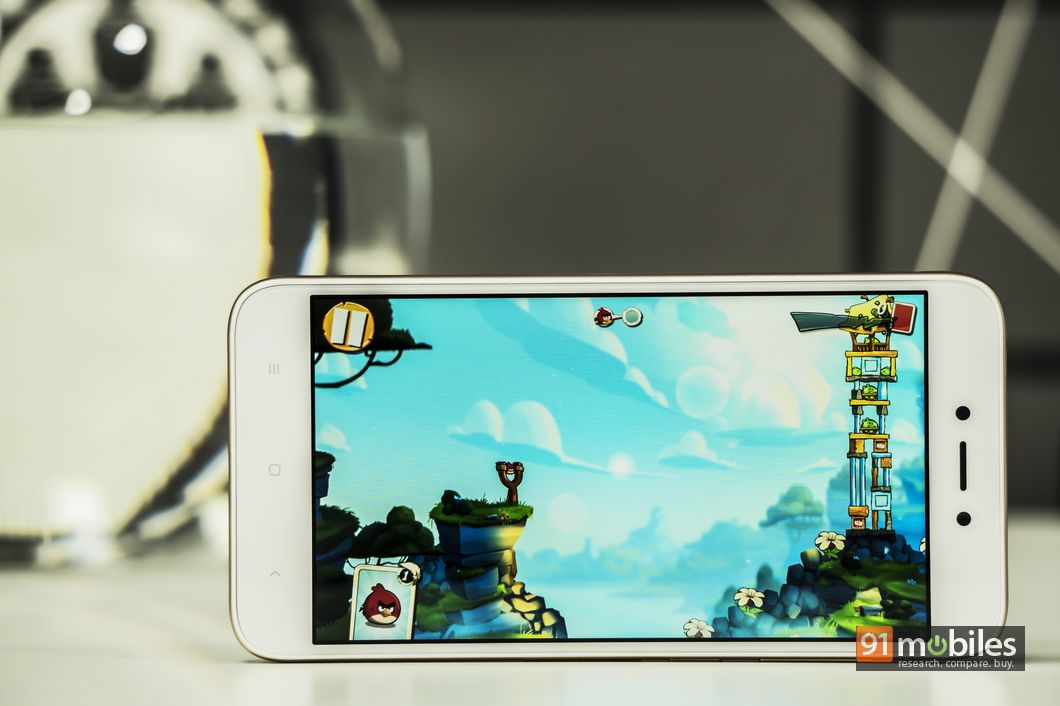 The Xiaomi Redmi 5A ships with a Qualcomm Snapdragon 425 quad-core processor which works in tandem with 2GB or 3GB of RAM, depending on which option you opt for. My review unit came with 2GB of RAM and 16GB of internal storage, and as far as entry-level smartphones go, the Redmi 5A offers the most value for money in its price range. I didn’t come across any lags or stutters while navigating through the UI of the smartphone and multitasking was relatively smooth too. Bear in mind that the smartphone will stop to catch its breath if you push it too hard and therefore, intensive gaming is a no-go on the Redmi 5A. That said, less demanding titles like Angry Birds and Clash Royale ran just fine, albeit had fairly long load times. 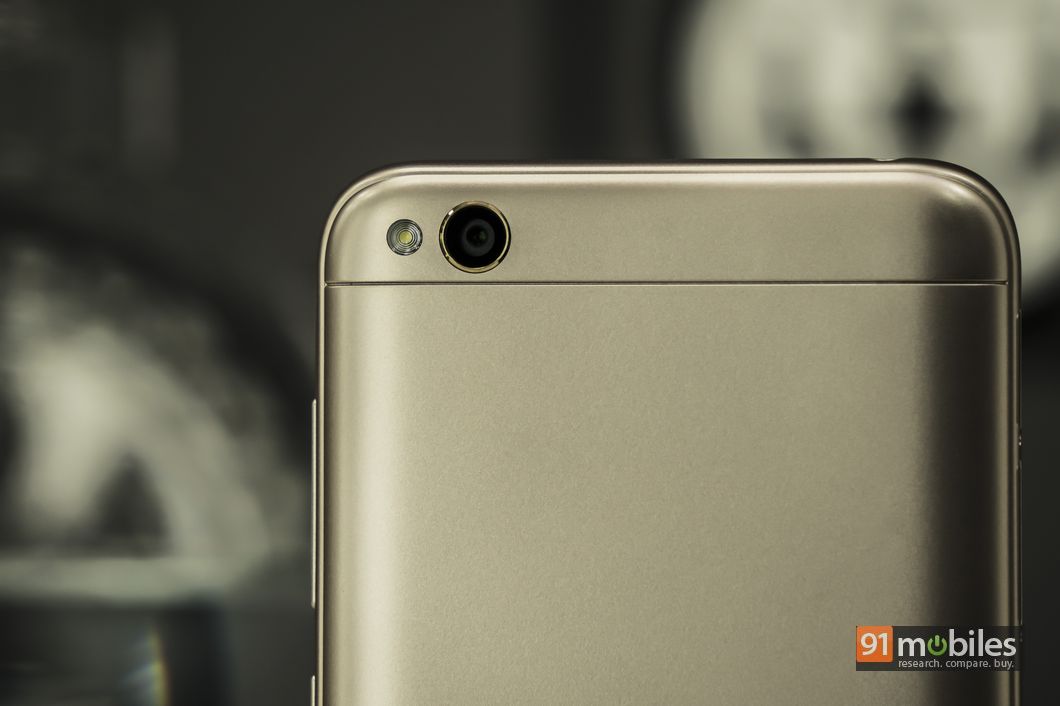 In the photography department, buyers will get a 13MP primary camera and a 5MP secondary camera, the likes of which we’ve already seen on the Redmi 4A. The only difference this time around is that the selfie shooter comes with a slightly wider aperture of f/2.0 as opposed to the f/2.2 sensor on the 4A. Regardless, I didn’t notice any significant upgrade in the quality of the selfies I clicked with the smartphone. As far as the quality of the rear camera is concerned, the 13MP shooter can click some nice pictures provided there’s sufficient natural light.

Unfortunately, almost all the shots I took with the smartphone had considerable grain in them once I zoomed in. Low-light performance isn’t the best either, but bear in mind that the 5A is a budget-conscious smartphone and therefore, you will have to keep your expectations in check when you buy it.

One thing which is consistent across all Xiaomi smartphones, irrespective of their price tag is that they come bundled with the company’s custom skin dubbed MIUI. With the Redmi 5A, buyers will get Android Nougat topped up with MIUI v9, which is an improvement over the Redmi 4A which still boots Android Marshmallow. Now, I won’t get into too many details about the software since we’ve covered it numerous times. You can brush up your memory by checking out our comprehensive article about the top features of MIUI v9. One thing you should be wary of is that Xiaomi smartphones, especially the ones retailing in the budget segment, don’t get frequent Android platform updates and therefore, it might be a while before you get Android Oreo on your Redmi 5A. 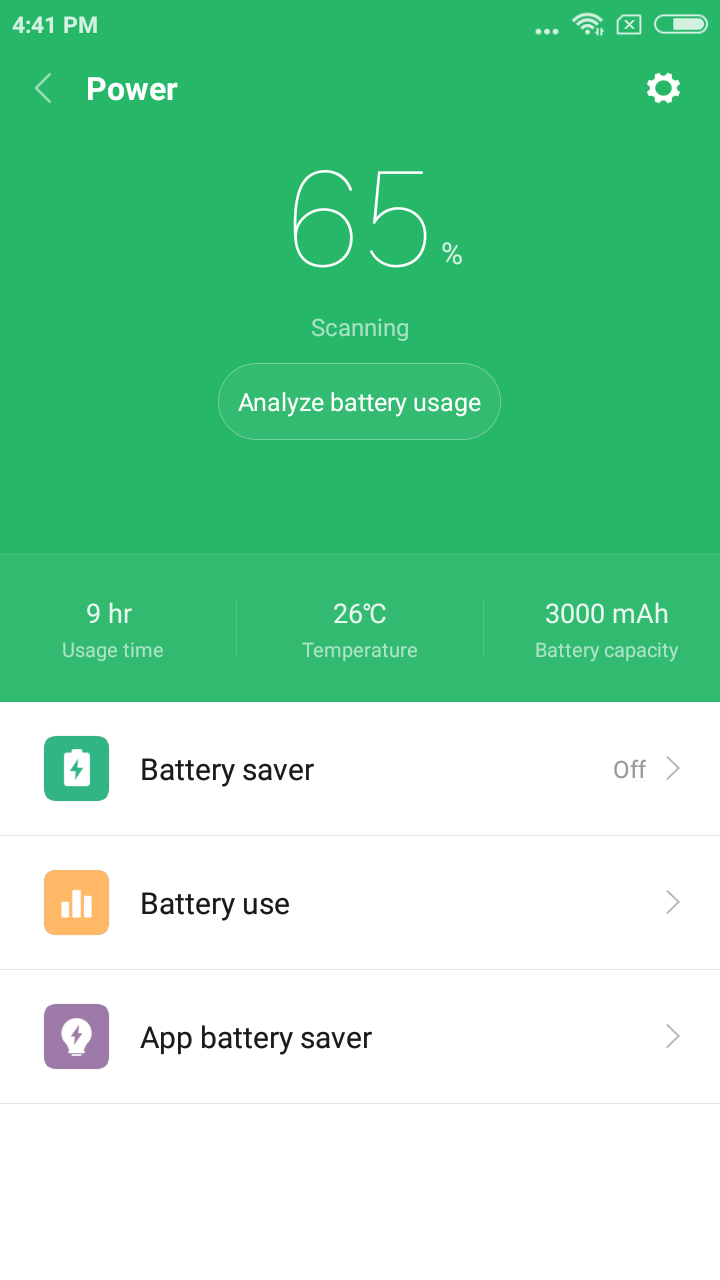 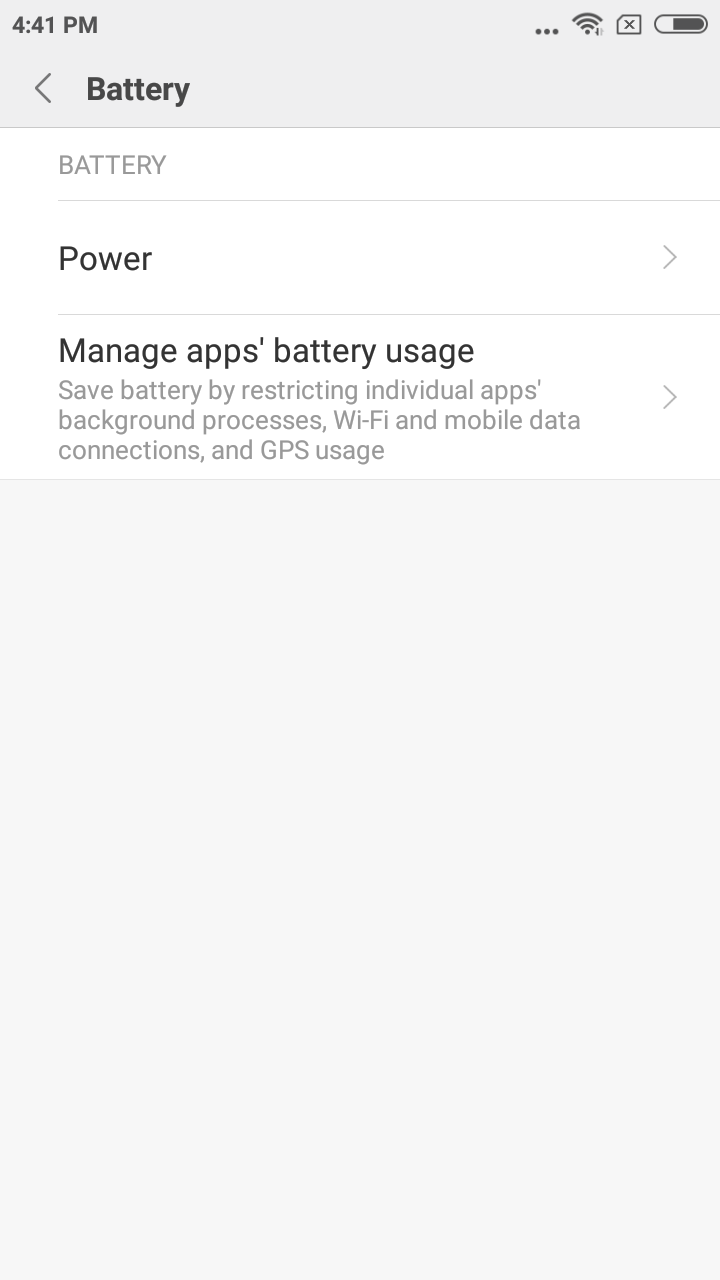 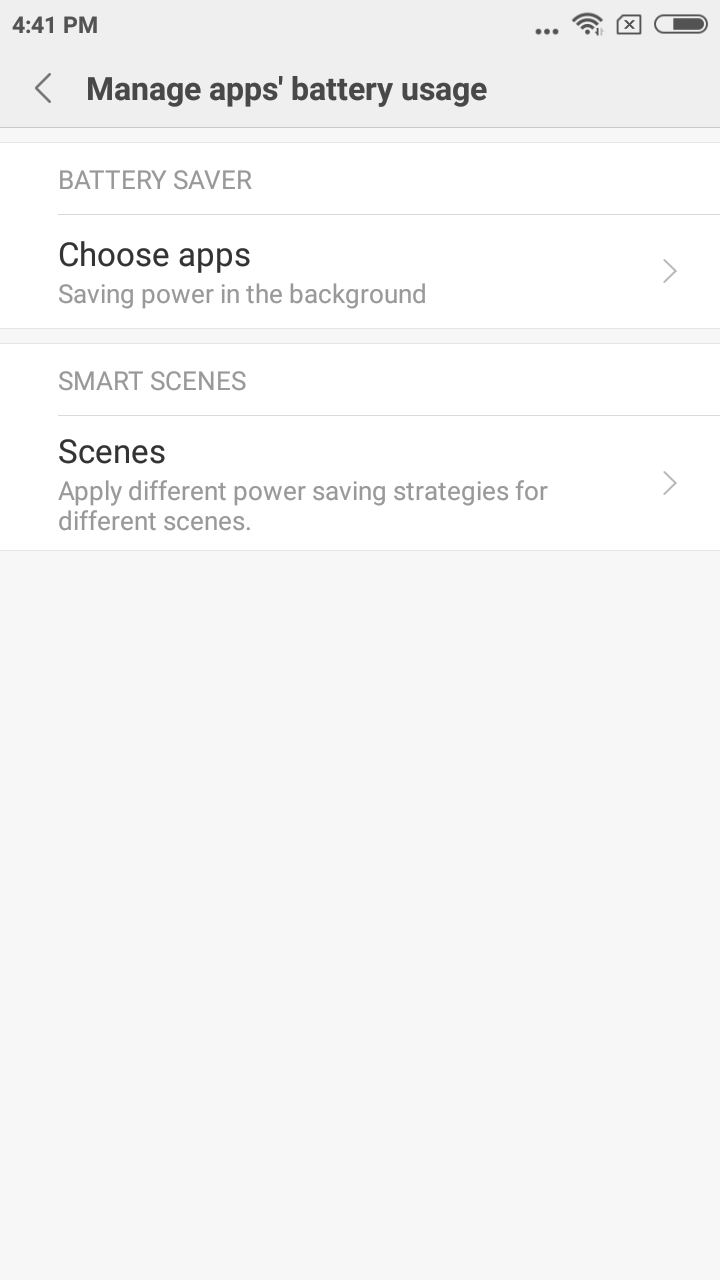 Where the Redmi 5A falls short of its predecessor is in the battery department. While the former ships with a 3,000mAh unit, the latter comes equipped with a slightly bigger 3,120mAh unit. With that said, I didn’t notice a huge dip in the battery life of the 5A and even with heavy usage, I was able to get through an entire day with the Redmi 5A. 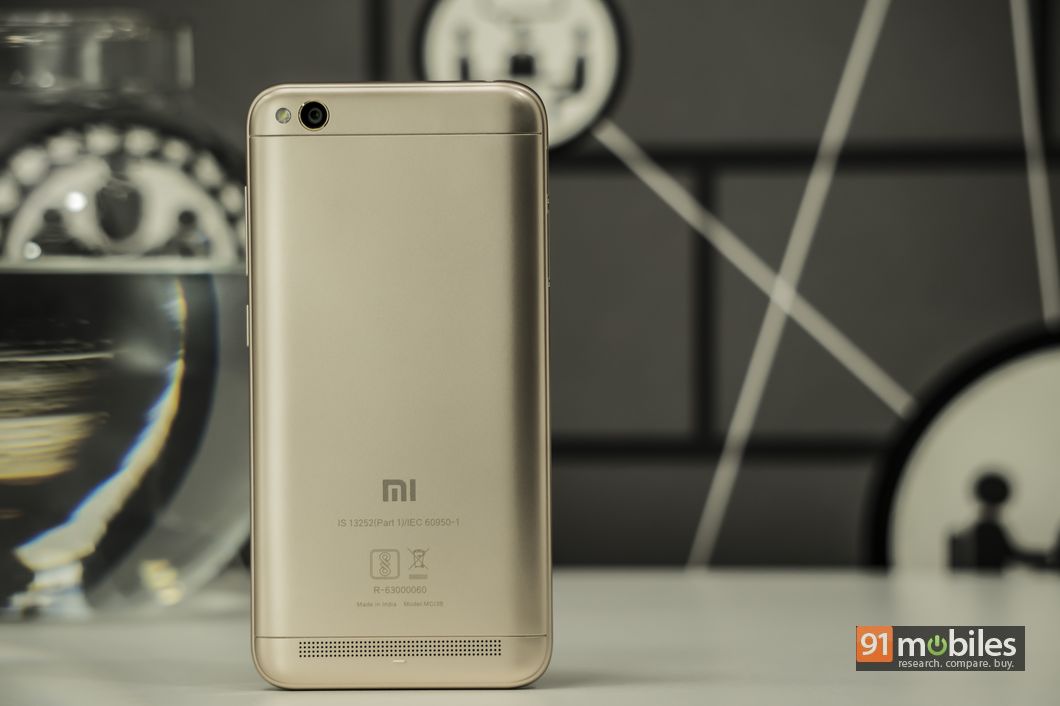 The 2GB RAM variant of the Xiaomi Redmi 5A has been priced at Rs 5,999 in India, and for the price, I feel that it offers excellent value for money. The smartphone doesn’t bring anything new to the table when compared to its predecessor, but the “made in India” tag has allowed Xiaomi to bring the cost of the smartphone even lower and the first five million buyers can grab it for just Rs 4,999. Sweetening the deal further is Xiaomi’s partnership with Reliance Jio, that cam effectively bring the price down to as low as Rs 3,999. Therefore, if you’re just stepping into the world of smartphones and don’t want to splurge an awful lot on your first device, then the Redmi 5A is arguably your best bet. Now, the 3GB RAM variant of the Xiaomi Redmi 5A may not make as much sense, since that’s priced at Rs 6,999. And if you are willing to shell out Rs 7K on a smartphone, then I would suggest you take a look at the Xiaomi Redmi 4 (review), which not only gets a faster processor and a full-metal body, but also ships with a fingerprint sensor.