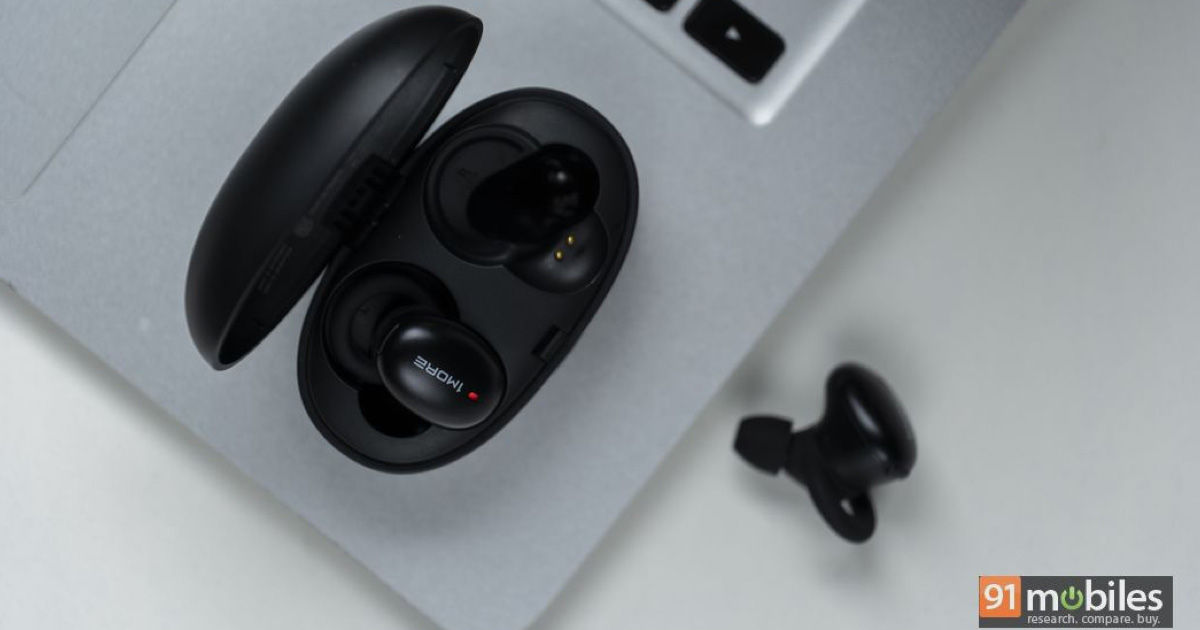 “Our take on 1MORE’s latest earphones – the Stylish True Wireless”

I am a huge fan of 1MORE’s products. Be it the brand’s high-fidelity earphones, or its budget offerings, I’ve tried em all and frankly, I love most, if not all of them. Therefore, when the brand announced its latest truly wireless earbuds, I just had to get myself a unit to review. Dubbed, the 1MORE Stylish True Wireless, the pair has been my go-to set of earbuds for over two weeks now. And, after putting it through its paces, here’s why I think the brand has ‘one more’ hit in its roster.

What good is a pair of truly wireless earbuds if they’re not portable, amirite? To that extent, 1MORE has nailed the design of its latest offering, as the Stylish True Wireless are among the most compact Bluetooth earphones that I’ve tested. It all starts with the unit’s case, which is shaped like a tiny pebble and comes sporting a matte black finish. The case fit snugly in the pocket of my jeans, and it didn’t leave a bulge in my pants either, so happy days. What’s more, the earbuds themselves look quite polished, and you’ll be hard-pressed to find a more good-looking set of buds in the market for the same price. It’s no wonder the earphones won the IF Design award this year – they just look great. 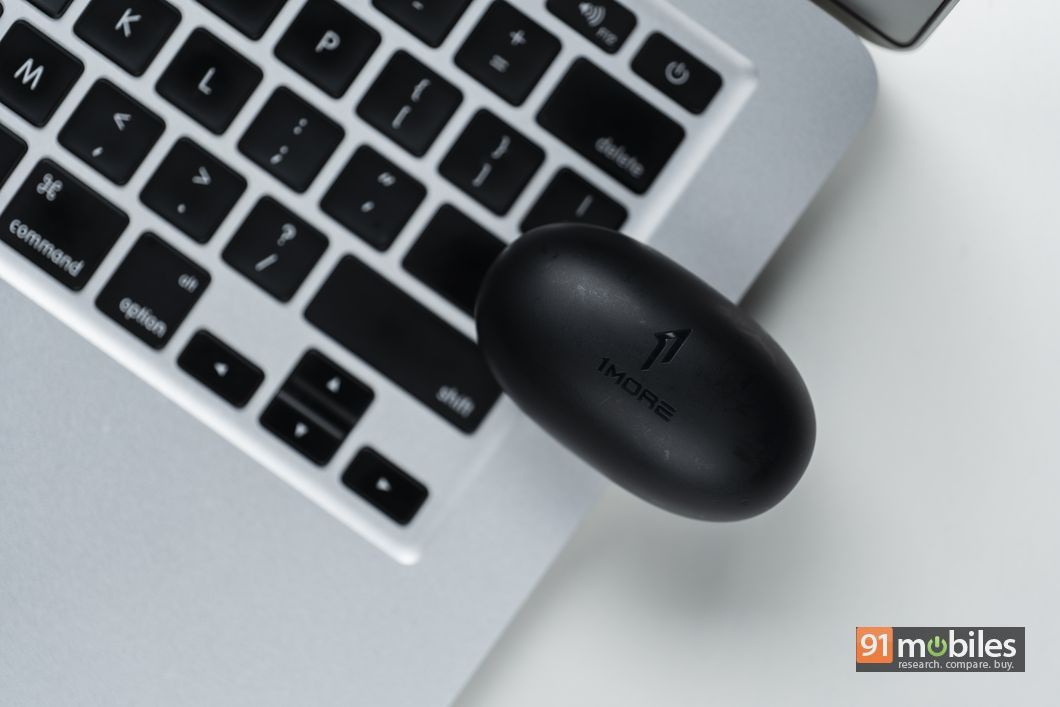 Now, my only qualm with the design of the 1MORE Stylish True Wireless has to do with the fact that it has a micro-USB port on its case for charging. Consequently, I had to carry an extra cable on me, which irked me in more ways than one. 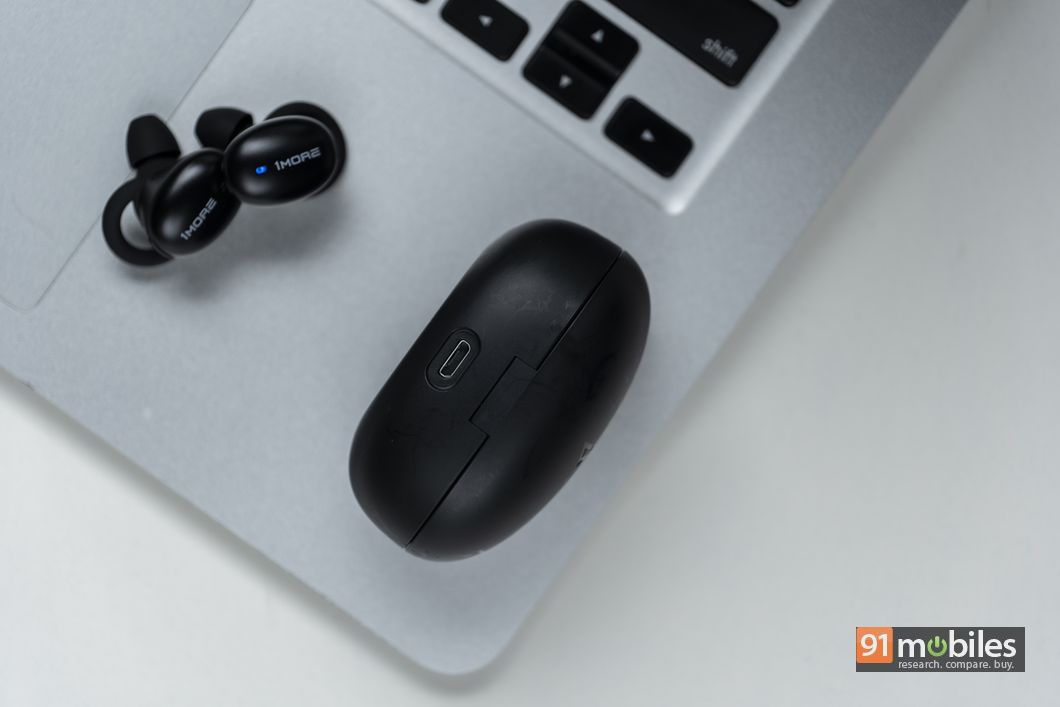 Thankfully, I didn’t feel like leaving the house without the Stylish True Wireless in my ears, partly due to the pair’s excellent sound quality and in part owing to the earbud’s comfortable fit. You see, the earphones ship with an angular ear tip which tilts at 45 degrees and nestles perfectly in the ears. You can even make the buds stick to your ear better by opting to use the bundled eartips which feature a circular fin, the likes of which you might’ve seen on Google’s Pixel Buds. 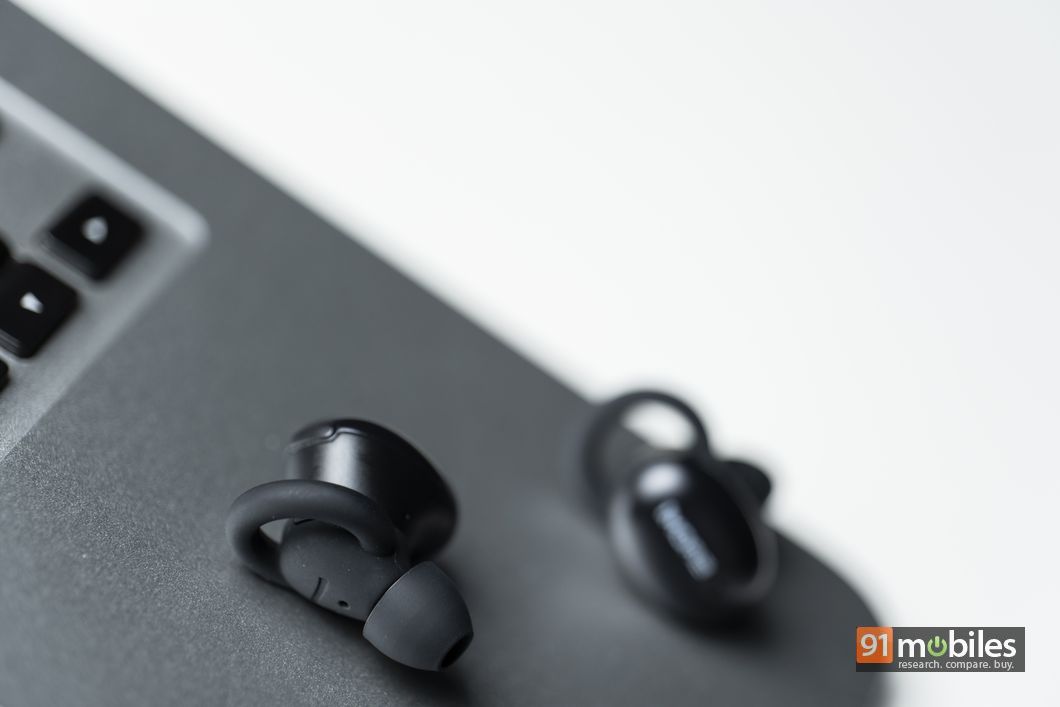 The fin latches near the auricle and ensures that the earphones don’t pop out, even when you’re sweating it out in the gym. Which reminds me, the 1MORE Stylish True Wireless are sweatproof and therefore, you shouldn’t worry about using the pair when you’re working out. 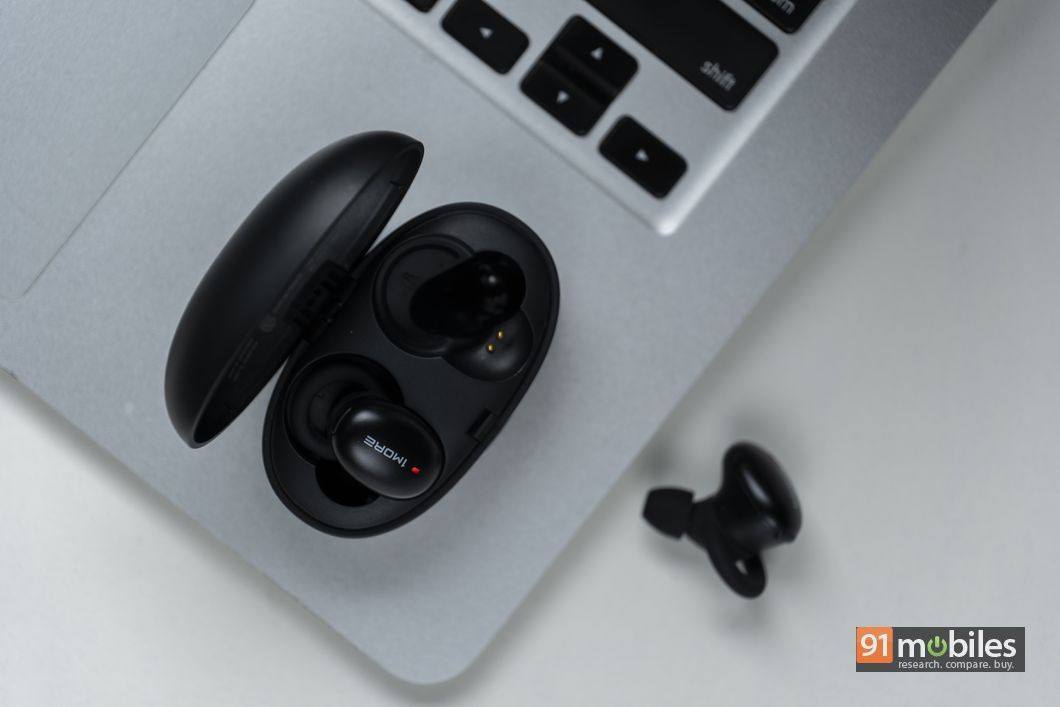 While I’m a huge proponent of truly wireless earbuds, they seldom ship with functional controls to change music or take calls. Thankfully, the 1MORE Stylish is a rare exception as the unit ships with two tactile buttons towards the top of the earbuds, which are easy to operate. On the downside, while I could flip through my music library, the earbuds don’t let you change the volume levels, which is a bit disappointing. Still, on the whole, I’m quite impressed with the earphone’s design.

The 1MORE Stylish True Wireless is backed by a pair of 7mm dynamic drivers which are positioned inside each earpiece. The unit connects to compatible devices over Bluetooth v5.0 and comes with support for popular codecs like aptX and AAC. 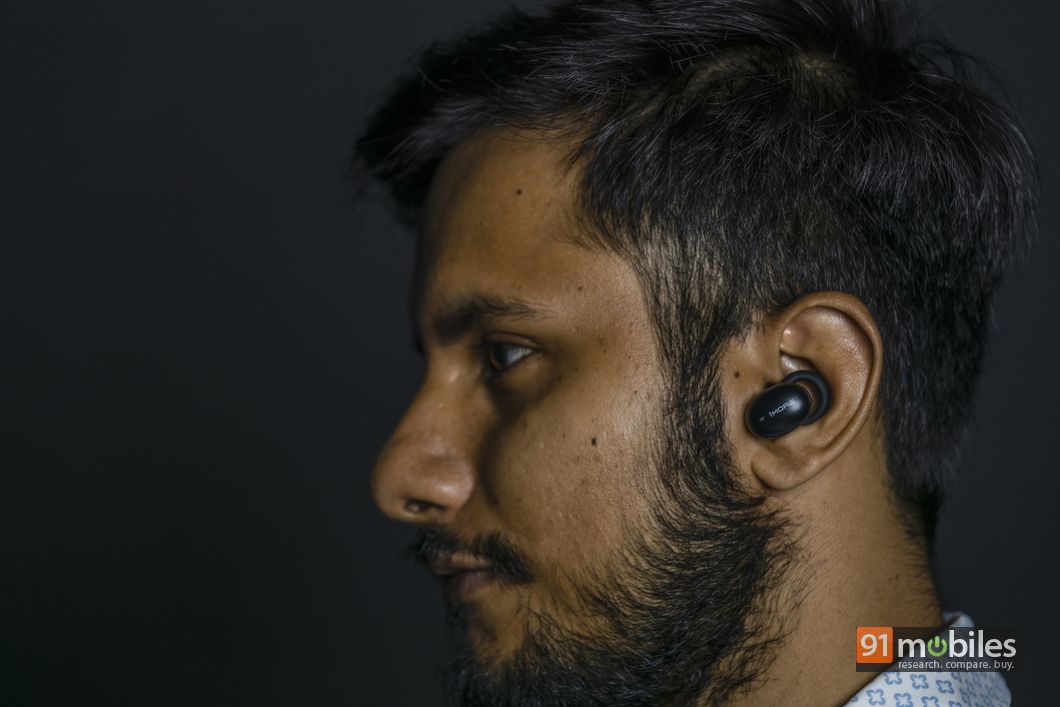 Coming to the meat of the matter, the 1MORE Stylish True Wireless sound signature sways towards the low end quite a bit. Thankfully, the bass doesn’t sound loose and instead, is tight and impactful, which makes listening to songs with popping beats a lot of fun. So much so, I can confidently say that the 1More Stylish True Wireless boast the best low-end under Rs 10K. 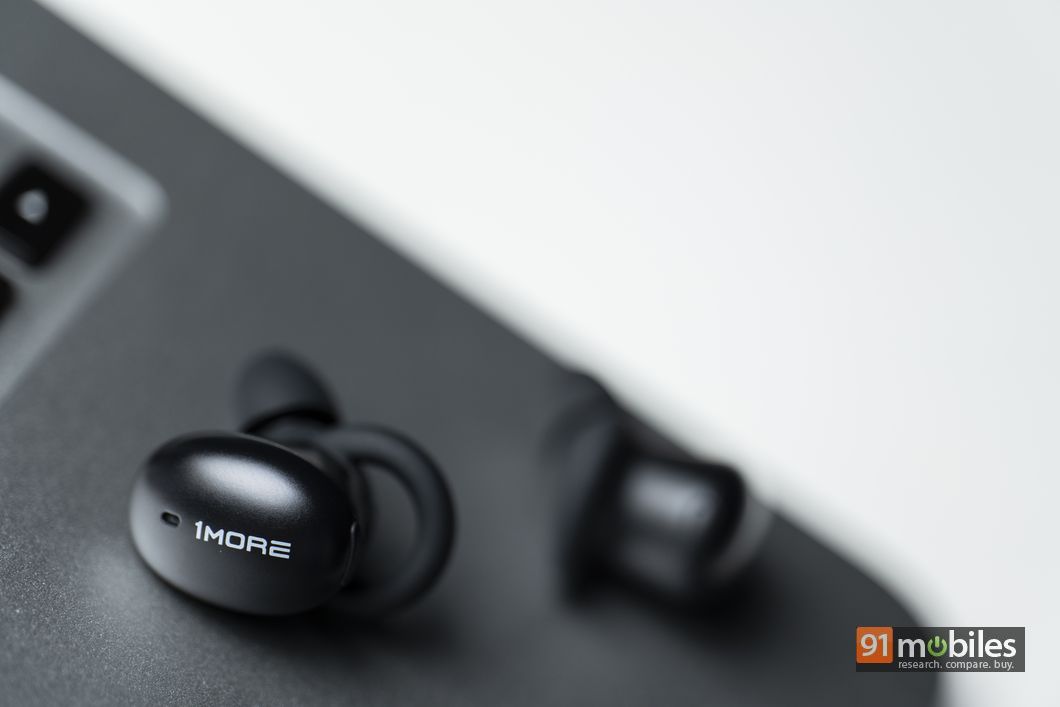 That being said, as enjoyable as the earphone’s bass output is, it does cast a shadow over the rest of the frequency spectrum. Consequently, you’ll notice that vocals from artists like Hozier don’t sound as rich and aren’t lush with details. The earphone’s instead mask the singer’s voice as dark and deep, which is clearly evident in the track movement wherein, you won’t feel the zing in your ears when the track reaches the chorus after the first verse. As for the highs, the 1MORE Stylish True Wireless isn’t as sparkly as I would’ve liked it to be, but the pair makes up for it by offering a wide soundstage and excellent imaging. Correspondingly, while guitar solos don’t sound as electrifying as they would on the Samsung Galaxy Buds (review), the overall track was relayed coherently to my ears and I could make out the subtle nuances in the singer’s voice, as well as identify all the instruments playing in the background clearly.

Now, the 1MORE Stylish True Wireless is rated to play music for 6.5 hours off a single charge, provided you’re listening to songs at fifty percent volume level. During my testing, I was able to squeeze out a little over four hours with the volume locked at 70 percent, which should suffice for most buyers. Moreover, the bundled case adds close to three extra charges to the earbuds, which is fantastic. 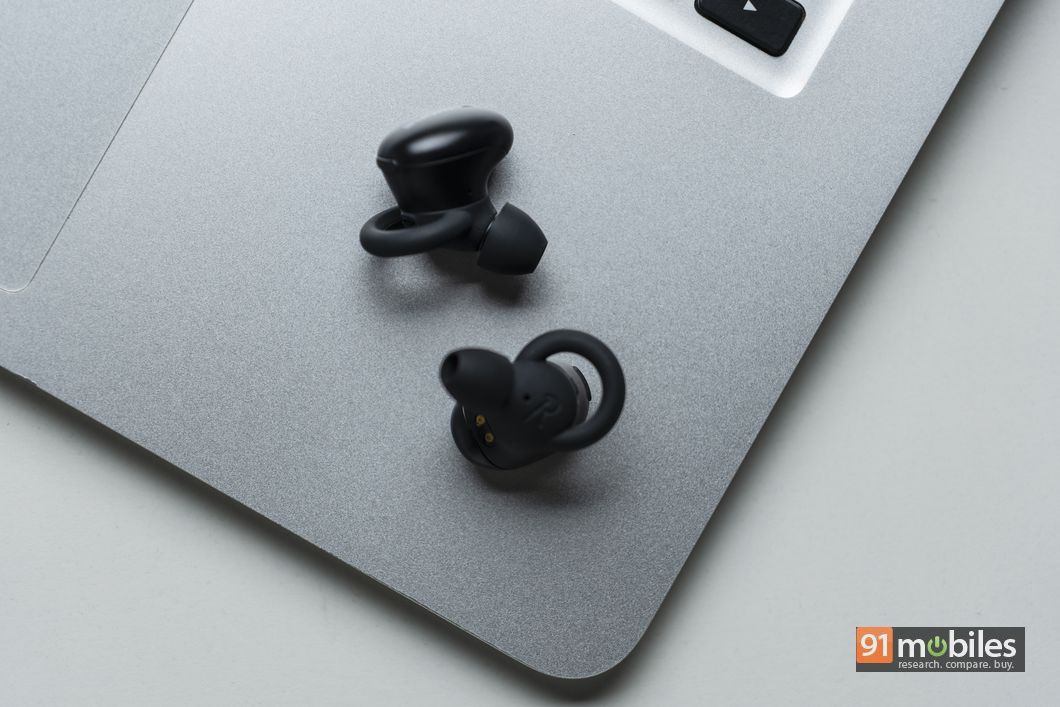 I’ve been using 1MORE’s Stylish True Wireless earbuds for two weeks now and during the time, I’ve had no connectivity issues with the pair. Be it in the gym, or my office, whilst watching movies online or listening to podcasts, I didn’t come across any instances of track skips or audio-video delays during my time with the earphones.

I won’t beat around the bush – the 1MORE Stylish True Wireless are among the finest truly wireless earphones under Rs 10K. The pair offers fun-sounding audio, decent battery life and even maintains a rock solid connection to paired devices. What’s more, the earphones are currently listed at just Rs 7K on 1More’s official website, and for that price, the buds are an absolute steal.

Consequently, if you were in the market for a pair of reliable truly wireless Bluetooth earphones which sound good and don’t burn a hole in your wallet, look no further than the 1MORE Stylish True Wireless.