ASUS recently launched the Zenfone Max Pro M1 (first impressions) smartphone in India, and thanks to its starting price of Rs 10,999, the device certainly demands a closer look, given the specs it boasts. With its ambition of tackling Xiaomi’s Redmi Note 5 Pro (review) head on, does the Max Pro M1 stand any chance? At least the smartphone’s specifications on paper suggest it does. Read our full review to find out if ASUS’ latest is a worthy contender for the VFM throne or not.

The ASUS ZenFone Max Pro M1 sports a 5.99-inch Full-View IPS display with a screen resolution of 2,160 x 1,080 pixels and an aspect ratio of 18:9. The handset offers good display quality with impressive viewing angles and a maximum brightness of 450 nits, which allows you to use the handset even in bright sunlight. While we pointed out in our first impressions that some users might find the display on the Zenfone Max Pro to be slightly washed out, on spending more time with the smartphone, this concern has diminished to a point where we are more confident about the screen quality. 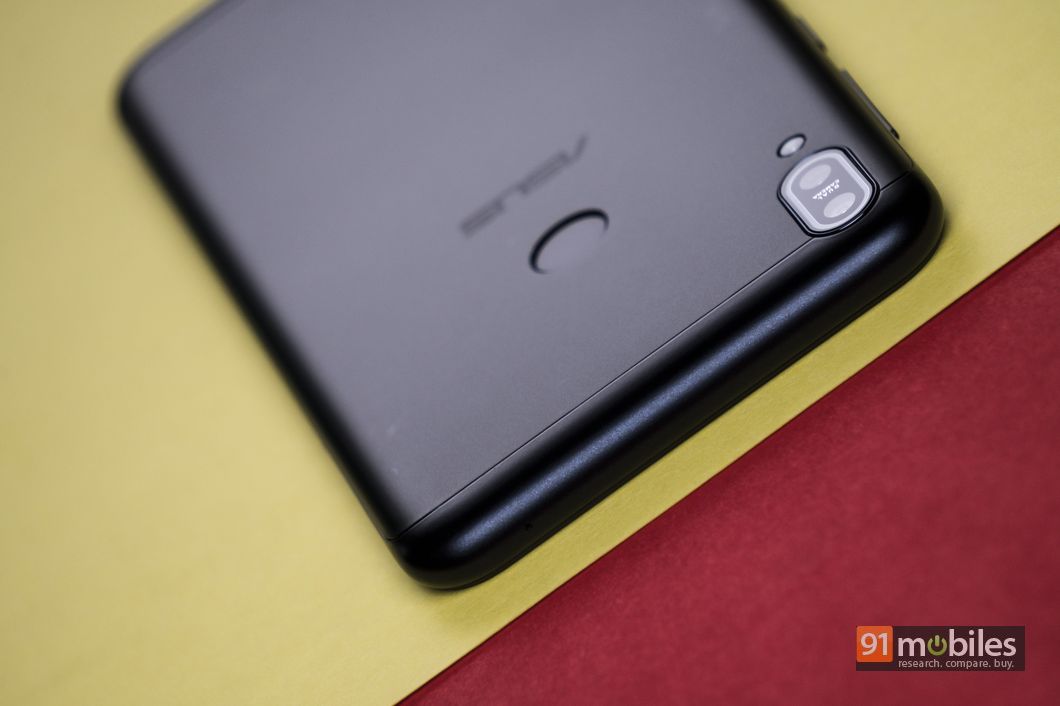 If we talk about the design, the handset comes with a matte black finish that feels really good in the hand. While the company has reduced the bezels on the left and right sides of the display, the top and bottom bezels are still reasonably thick. However, due to the narrow frame, the ZenFone Max Pro M1 is easy to hold with one hand, but as is the case with most recent flagships, reaching the top corners of the screen can often prove to be a challenge. 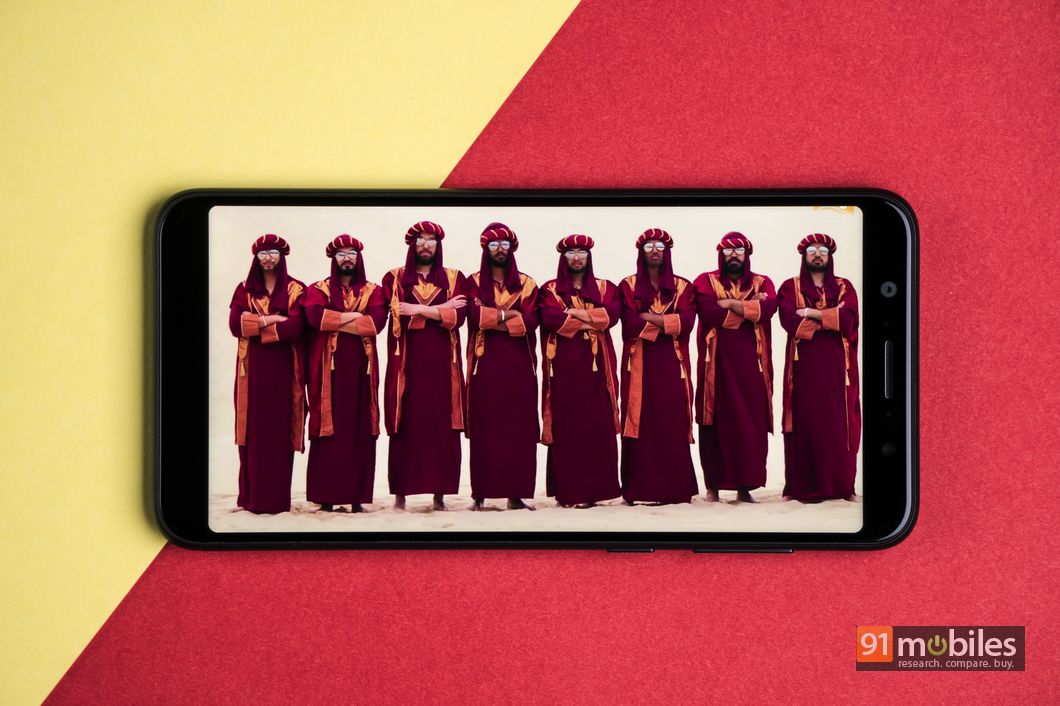 There is no physical home button at the front and the fingerprint scanner is conveniently located in the middle at the back. The dual-camera setup, accompanied by an LED flash, is located at the top left on the rear. The power buttons and the volume rocker are present at the right edge, while the 3.5mm audio jack, micro-USB port, and loudspeaker grille are present at the bottom. The dedicated dual-SIM card slot is located on the left spine of the smartphone. Despite a massive battery, the ASUS ZenFone Max Pro M1 doesn’t come across as a bulky handset and feels reasonably light and slim in the hand.

The ZenFone Max Pro M1 comes with a rear-facing dual camera setup, consisting of 13MP + 5MP sensors in a vertical orientation, accompanied by an LED flash. At the front, there is an 8MP shooter for taking selfies. The camera app allows users to click images with depth effect (aka background blur) using both front and rear cameras. 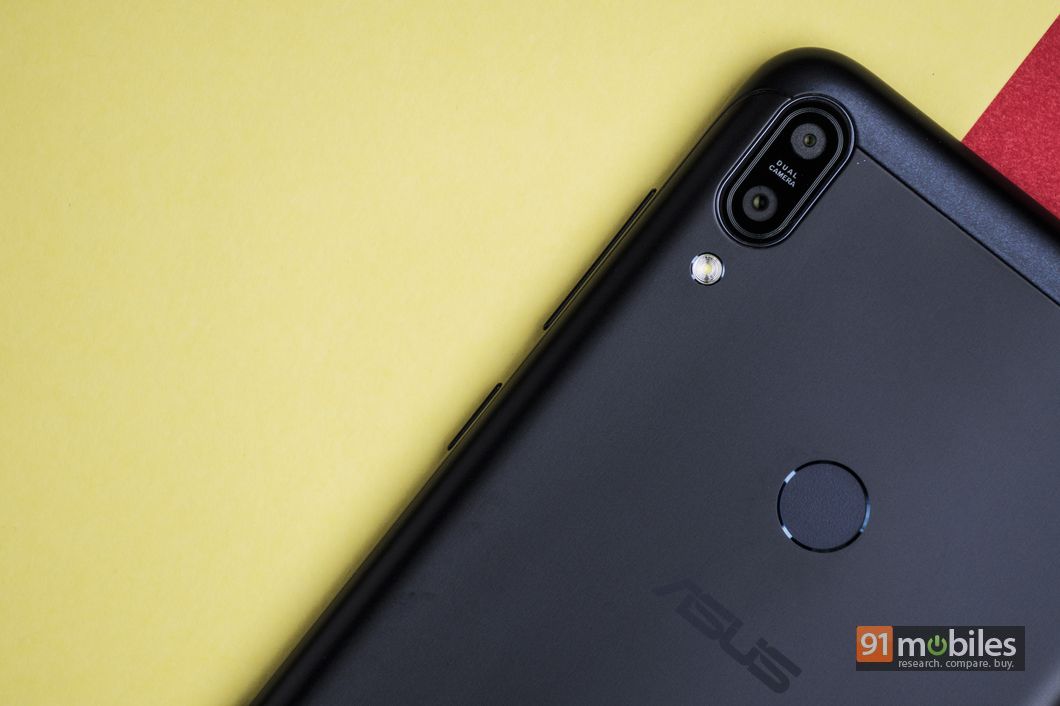 However, there is a stark difference between the quality offered by these camera modules. While the rear shooters managed to take rather decent pictures, especially in well-lit conditions, the front camera could not replicate the performance. The camera performance is not extraordinary in terms of detail, but the overall image quality is still pretty clean. The default camera app allows users to click pictures in different shooting modes, including HDR, Portrait, Landscape, Sports, Flowers, Backlight, Candlelight, Night, and Beach. Unfortunately, these modes don’t offer much variety in terms of the final outcome of the images and were quite similar to the ones clicked in Auto mode. Some of these issues could be fixed with a software update, as the firmware running on our review device isn’t final. Here’s a look at the camera samples.

On the other side, the camera app allows users to click images with different filters like Mono, Sepia, Negative, Solarize, Posterize, Aqua etc. Our favourite among these modes will have to be Neon, which essentially leaves you with neon object outlines in the image.

Users get the option to adjust ISO as well as exposure from the default camera app itself. Overall, for its price segment, the Zenfone Max Pro offers a really impressive performance with its primary rear-facing camera setup but fails to do so with the front camera.

Powering the ASUS Zenfone Max Pro M1 is Qualcomm’s Snapdragon 636 SoC. The handset has been made available in two RAM/storage configurations, i.e. 3GB RAM/32GB storage and 4GB RAM/64GB storage. However, the company has already announced the plans to launch a 6GB RAM variant soon. The storage is expandable up to 2TB via microSD card.

Notably, the Zenfone Max Pro M1 is the first smartphone from ASUS that runs a stock version Android. As you might expect, there is no bloatware on the handset and the company has promised timely updates for the smartphone for next two years as well. The use of vanilla iteration of Google’s OS takes care of one of the biggest issues we had with ASUS phones earlier, as the brand’s previous platform of choice, ZenUI, was quite cluttered and riddled with bloatware. 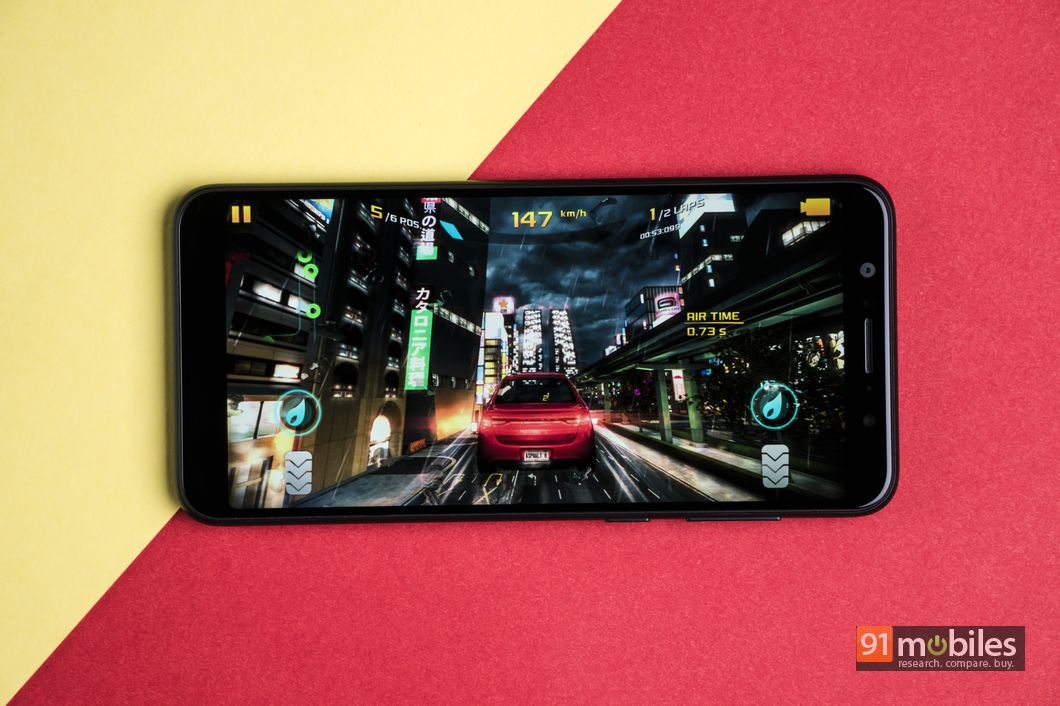 If we talk about the performance, you won’t face any lag or stutter issues while navigating through the UI as well as launching and closing apps. Interestingly, the Zenfone Max Pro delivered a very strong performance and not only handled graphically-intensive games and apps with ease but also presented no issues while running PUBG (mobile version) alongside the Gmail app in Multi-tasking view. As we have a taller-than-usual aspect ratio, the apps can easily be run in square boxes with the multi-tasking option. And the best part is despite playing demanding games on a stretch, the M1 didn’t face any heating issues.

If we talk about the audio, the loudspeaker on the Zenfone Max Pro gets really loud at maximum levels but you can feel the quality drop after a certain point. The sound levels are impressive but the compromise in quality at high volume levels leaves something to be desired. We must point out that the Max-Box accessory provided by the company does amplify the handset’s audio to an extent but as you cannot use the handset in landscape mode with the accessory, it doesn’t really comes across as a particularly useful addition for an immersive multimedia experience.

If we look at the Zenfone Max Pro M1’s spec sheet, one feature that truly stands out is the smartphone’s battery, which comes with a rating of 5,000mAh. However, does the massive capacity actually translate into longer battery life? The answer is, a not-so confident yes. In our test, where we run an HD video on loop till the phone’s battery is completely drained out, the Zenfone Max Pro M1 managed to last around 18 hours, which cannot be deemed overly impressive. To provide further perspective, the Smartron t.phone P, which also comes with a 5,000mAh battery managed to last around 21 hours in this same test for us while the Redmi Note 5 Pro, which comes with a 4,000mAh cell, also delivered 21 hours of battery life in this test, despite a lower battery capacity. That said, the ASUS’ smartphone will easily last through a day on a single charge, even with heavy usage. While the handset doesn’t support quick charge feature, it comes with a 2W adapter to juice up quickly. 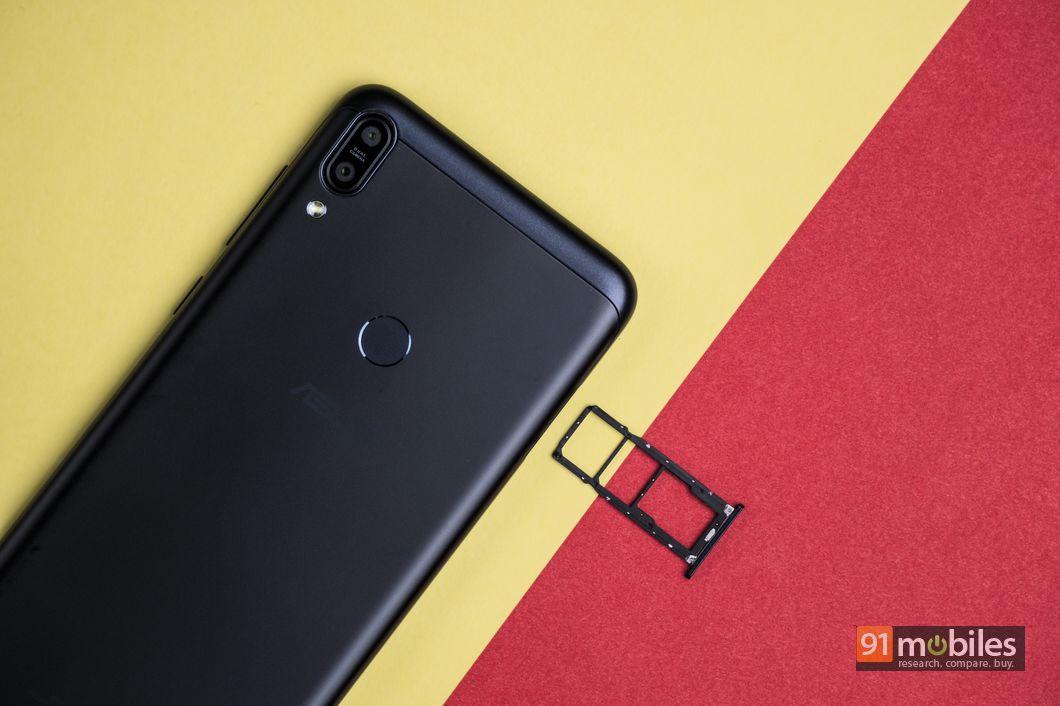 The pricing for ASUS ZenFone Max Pro M1 starts from Rs 10,999 in India and the handset will be made available for purchase exclusively from Flipkart. In this segment, the new smartphone from ASUS will be directly competing against the likes of Honor’s 9 Lite (review) / 7X (review) and Xiaomi’s Redmi Note 5 (review) / Note 5 Pro. However, it’s biggest competitor would be the Redmi Note 5 Pro, and in terms of performance, we can clearly see that the M1 packs a punch and can compete with Xiaomi’s offering toe-to-toe. But in terms of image quality, it remains a step behind.

Having said that, large battery and a neat design make Zenfone Max Pro a compelling option, especially considering the fact Xiaomi’s smartphone has recently got a price bump of Rs 1,000. So, we will have to wait and see if the handset actually manages to match the Redmi Note 5 Pro in terms of popularity or falls short despite offering good value.