It’s a good time to be an audiophile. Thanks to the combined efforts from manufacturers across the electronics industry, Hi-Res audio has finally entered the mainstream market. From dedicated DACs to smartphones like the LG G6 – capable of outputting phenomenal sound – there’s no shortage of equipment which can satisfy your urge for good audio quality on the move. However, going Hi-Res often comes at a hefty price and even if you are able to get your hands on a DAC or a good smartphone which comes with a DAC, you’ll still have to invest in a pair of IEMs which are capable of reproducing the Hi-Res audio that you so desire. Well, folks at FiiO have heard your woes and have come up with the Fiio F5, an affordable in-ear monitor which boasts support for Hi-res audio. But is it all talk and no trousers? Read on to find out. 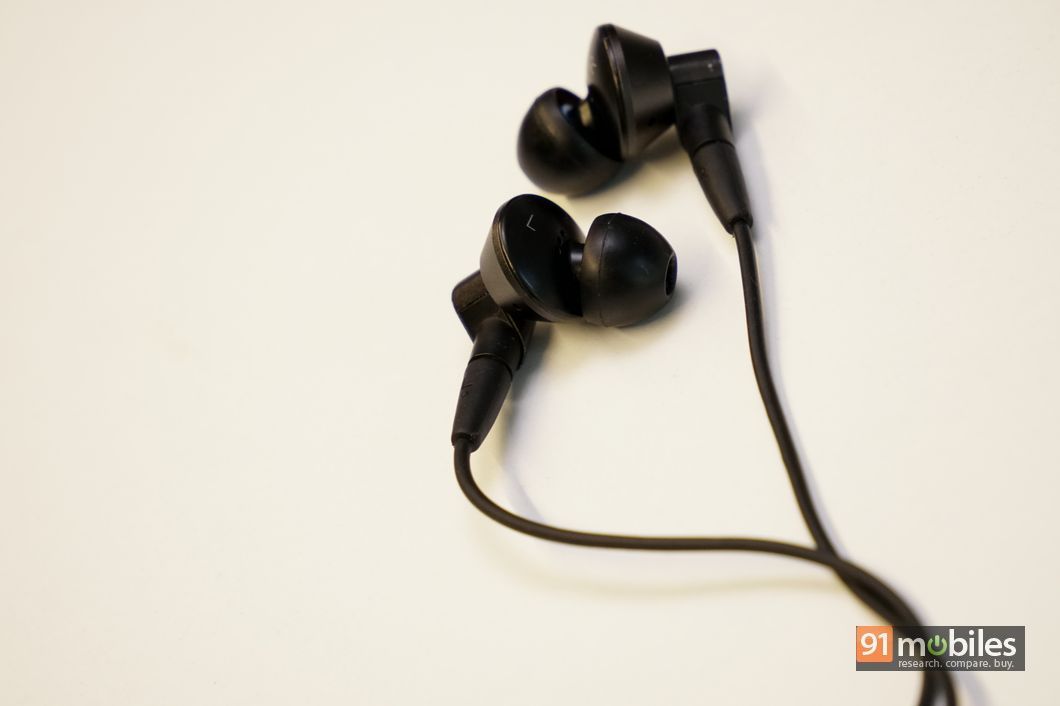 I’ll cut straight to the chase – the FiiO F5 looks and feel great. The housings for the earphones have been constructed out of anodised and galvanised aluminium alloys which gives the F5 a good amount of weight. While it’s not going to weigh your ears down, but at the same time, you will notice the F5’s presence when it’s plugged in your ears. Coupled with the earphone’s Matte Black finish, the FiiO F5 looks extremely minimal and subtle, unlike the FiiO EX1 which shipped with a colourful trim on the earpieces. Moreover, the earphones are the first from the company to utilise an MMCX connector and therefore, ship with a detachable cable. Besides ensuring the F5’s longevity, the detachable cable also furthers the company’s Hi-Res sales pitch, allowing buyers to swap out the included cable should it get damaged or if they prefer the output from a different one. 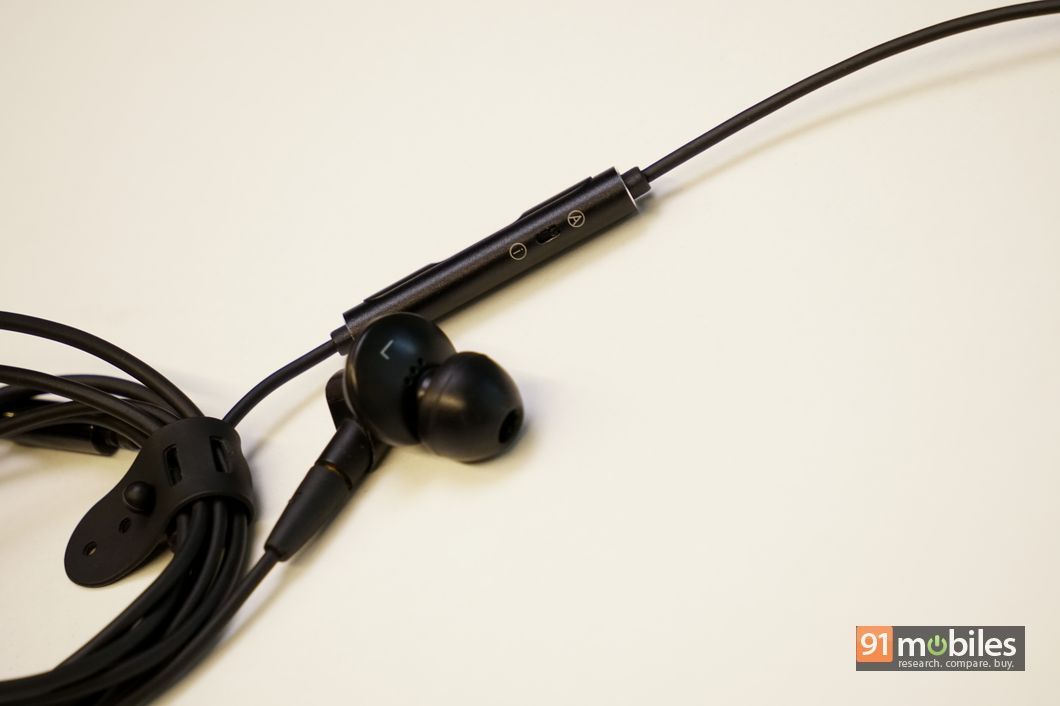 As I mentioned previously, you do get a balanced 2.5mm output cable with the earphones inside the box which speaks volumes about the company’s commitment to Hi-Res audio as well. Moving on, the F5 comes with an angular design which makes it so that you don’t have to insert the earphones directly inside your ear canal, unlike some other earbuds. This, in turn, results in a comfortable listening experience over long durations and if you like to curl up in bed with your earphones plugged in, then the angular design won’t bite your ears either. There are in-line controls built into the F5’s 3.5mm audio cable as well, which allow you to seamlessly control your music or answer/reject calls with the provided microphone. Interestingly, the FiiO F5 ships with a switch positioned underneath the in-line remote which will let you switch between Android or iOS mode, ensuring compatibility of the buttons on the in-line remote controls on both the ecosystems. Unfortunately, it doesn’t protrude outwards, and you’ll have to use a paper clip or a SIM-ejector tool to flip the switch. 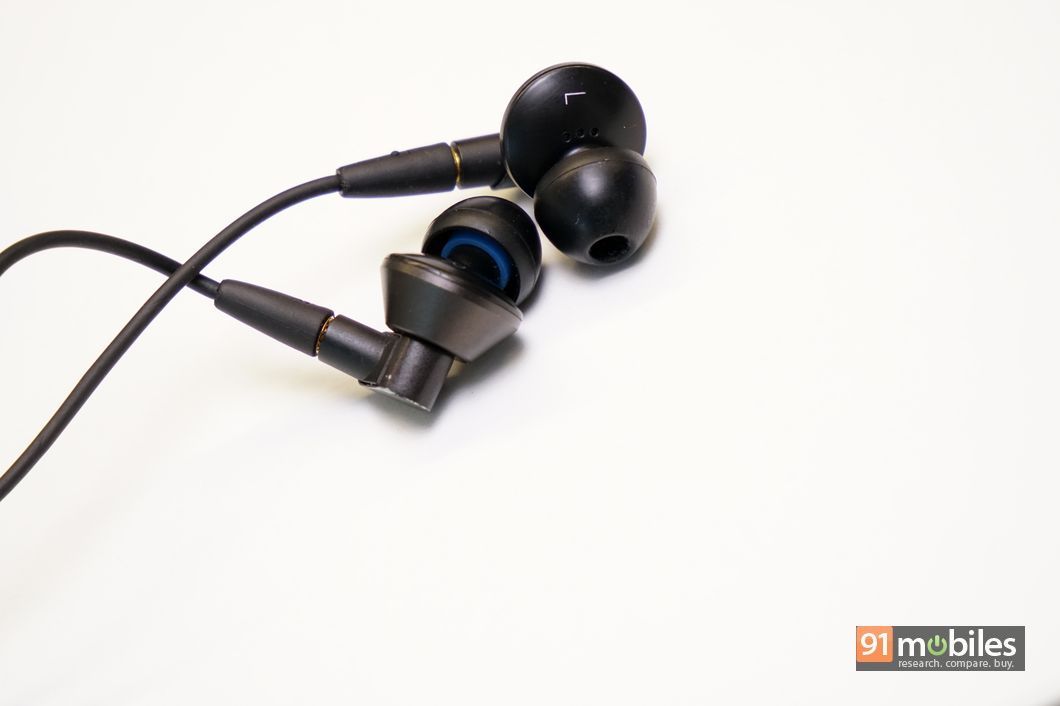 Everything about the F5’s design is alluring at first, however, things start to go south once you’ve used the earphones for over a week. Despite not being manhandled, I noticed that the finish on the earpieces had started to come off. Now, in the company’s defence, the coat of paint on metal gadgets does chip off over extended usage but I wasn’t really expecting it to come off so quickly on the F5. 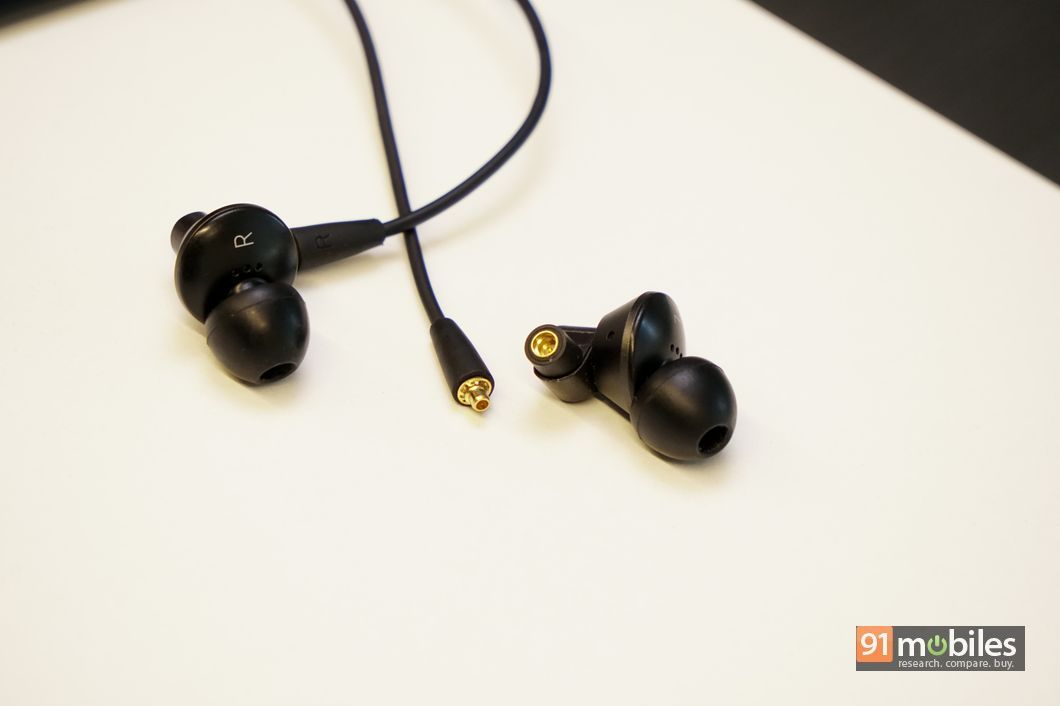 Spec-wise, the FiiO F5 is backed by two large 13.6mm dynamic drivers and can operate across a frequency spectrum of 20Hz-40KHz. As far as my impressions of the sound signature goes, the earphones sound eerily similar to the FiiO EX1 2nd Gen we reviewed a while back. Moreover, the F5 also makes use of the thin titanium diaphragm which debuted on the EX1 2nd Gen, allowing the earphones to have a better transient response than ones which ship with a standard diaphragm. Now, a transient is defined as a short and sudden waveform, say a pull-up from an electric guitar, and the transient response is the ability of an earphone or a headphone to reproduce it faithfully. When listening to music on earphones with a good transient response, you’ll hear the impact of the transient and not the decay which follows. Simply put, you’ll not have to wait for the note to die away once a musician has stopped playing it. Now, do the top-notch specs amount to an equally impressive sound performance? 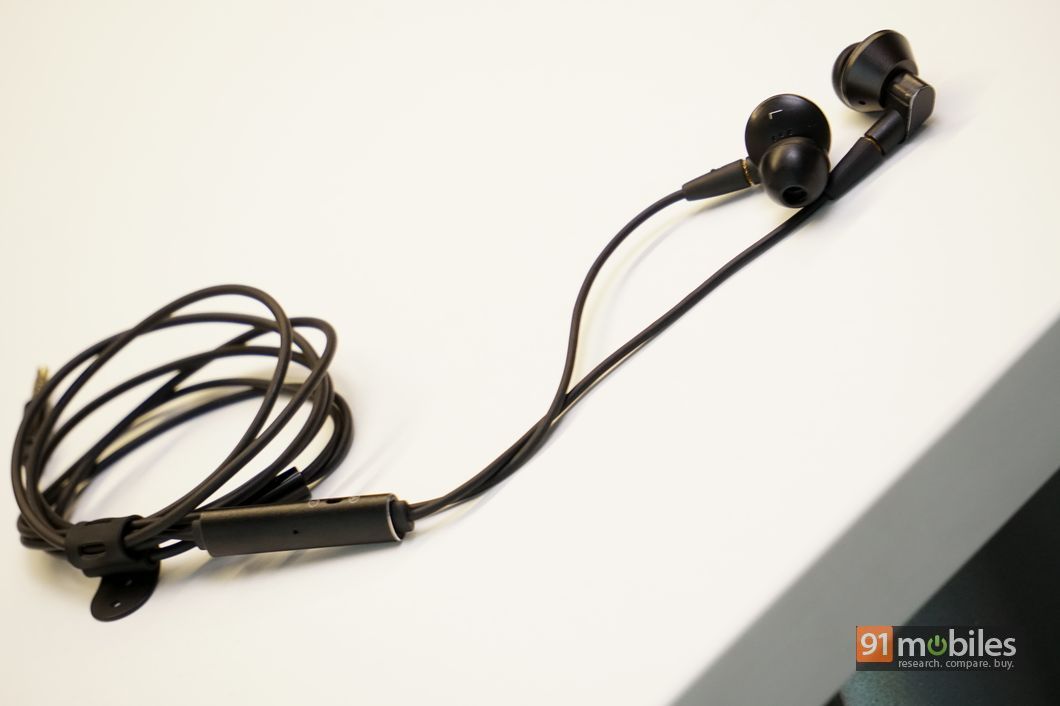 Well, you’ll be glad to hear (pun intended) that the F5 is no slouch when it comes to audio. The earphones offer a neutral sound signature however, the drivers have been tuned for musicality. There’s ample amount of bass and the F5 doesn’t bloat/bleed in the low-end, something which we often see on budget IEMs. The beats are concise, punchy and don’t intrude over other frequencies either. Miss V’s Blinded by love is a stellar example of the F5’s prowess in the low-end. The kick drum playing in the background of the song has a good depth to it however, doesn’t muffle the vocals or the other instruments. The mids are reciprocated really well on the F5’s too and unlike most budget oriented options, the earphones don’t sound harsh in their treble response either. 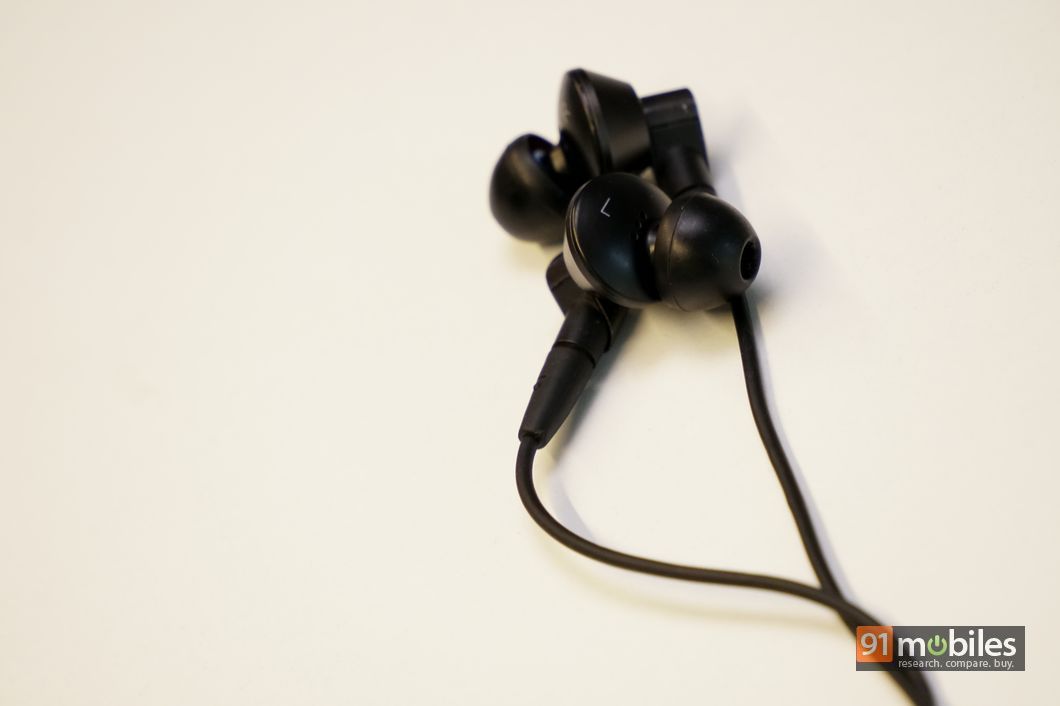 What’s more is that the earphones sound even better when you connect them through the 2.5mm balanced audio cable. Staying true to its moniker, the balanced cable ensures that every note has the same amount of space to work with. The details in the tracks pour out and you get a cleaner delivery of bass and treble. The vocals sound richer and more energetic as well and suffice it to say, there’s a significant bump in the earphone’s audio performance when you’re relaying music via the balanced audio cable. Bear in mind that you’ll require a compatible DAP which supports a 2.5mm audio port to make the most out of the F5 in balanced mode. Moreover, the bump in quality will also be dependent upon the type of DAP you are using – a higher quality DAP will give you a better musical experience. 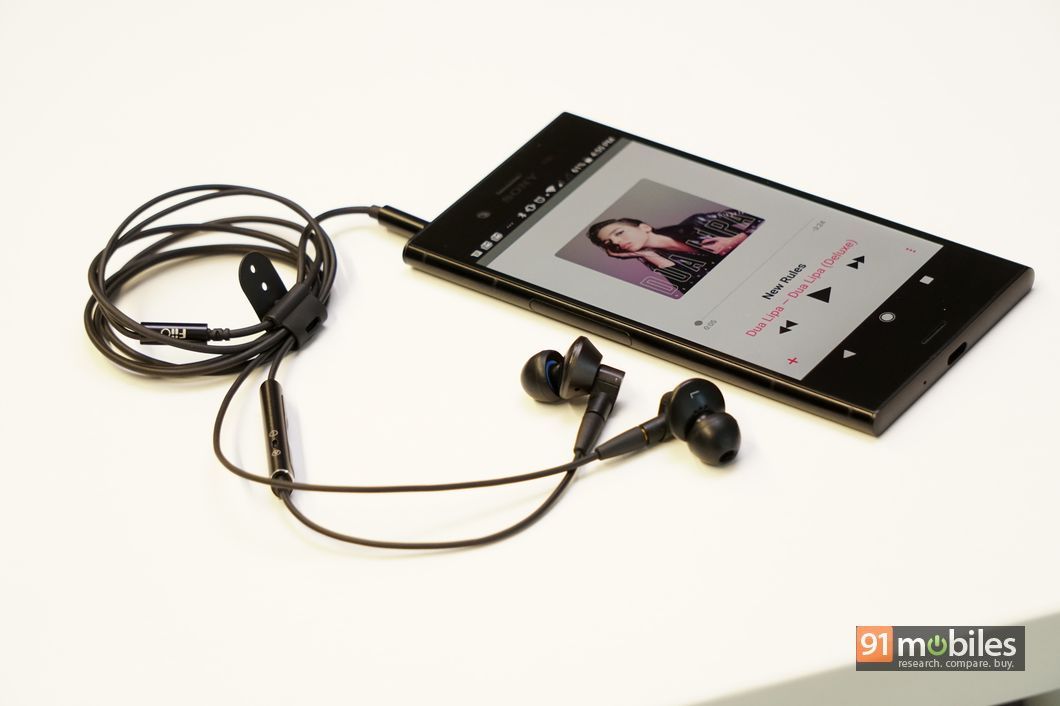 While I thoroughly enjoyed the balanced audio output from the F5’s, the thing which stood out to me the most was how roomy the soundstage of the earphones was. The F5 is hands down one of the most spacious IEMs I have tested. Moreover, the earphones handle imaging exceptionally well too and you’ll have no trouble distinguishing between the different instruments playing in a song with the F5’s plugged in. 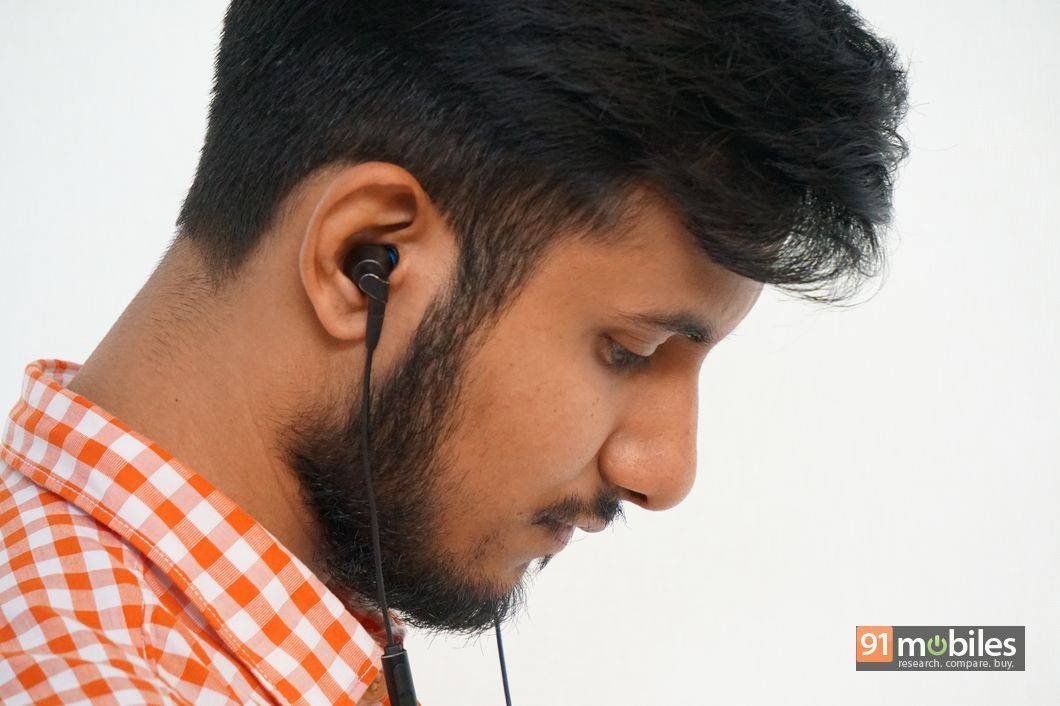 The question then arises – does the FiiO F5 deliver on the promise of Hi-Res audio as well? The answer to that is tricky. If your primary means of consuming music is via a streaming service like Apple Music or Spotify, then you won’t witness anything spectacular since most services use compressed music files with relatively low bitrates. If, however, you have access to FLACs or other Hi-Res audio files and a Digital Audio Player or a smartphone which supports Hi-Res audio playback, then you’ll notice a huge bump in quality of the music being relayed through the F5’s. Bear in mind that the bump in quality has more to do with the audio source and less with the F5’s themselves. For instance, you could achieve a comparable audio performance with an even cheaper pair of earphones, provided you are running it through a good audio setup. 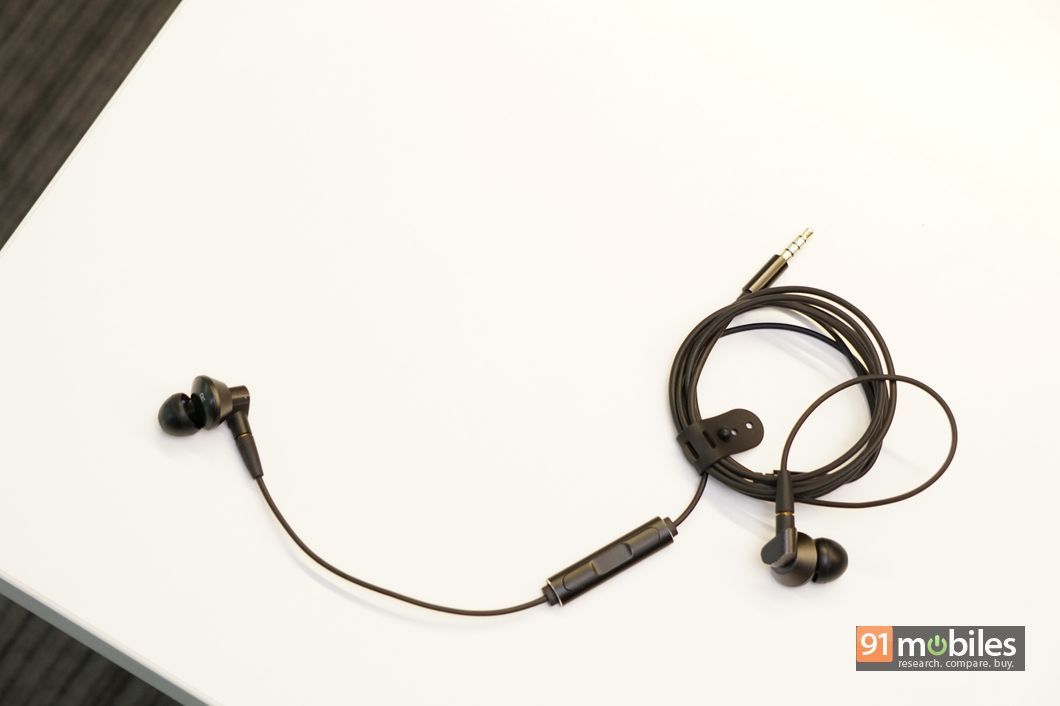 The Fiio F5 retails for Rs 4,999 and for the price, you get a pair of Hi-Res certified IEMs which sound great, are comfortable to wear over longer durations and come with detachable cables which increases their shelf life and gives you options to tweak the earphone’s sound signature. Moreover, the earphones are compatible across both, iOS and Android platforms and even ship with a 2.5mm balanced output cable which takes your music experience to a whole new level, provided you’ve got a DAP to maximise the F5’s performance. Now, the only major drawback of buying the F5 is that the colour on the unit chips away too easily. However, if you’re okay with your earphones looking a bit lackluster, then by all means, go for the F5. Hi-res audio logo or not, the FiiO F5 is arguably one of the best sounding IEMs under Rs 5,000.