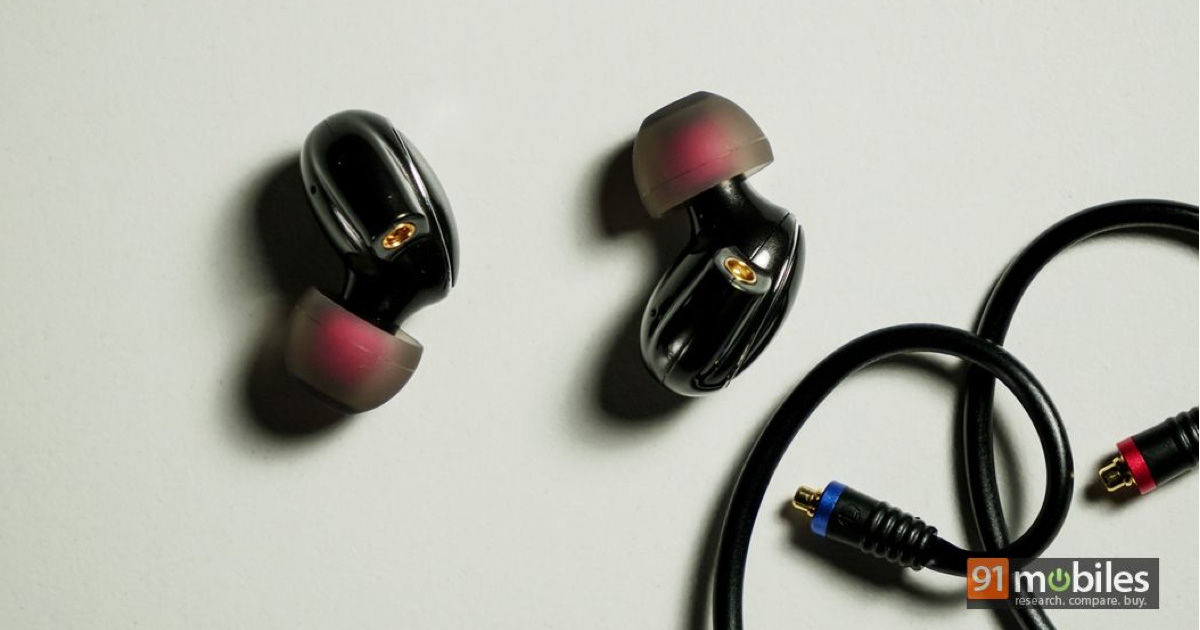 Back when I reviewed the FiiO F9 IEMs, I bewailed about the earphone’s lack of extension in the low-end which was perhaps the only bad cog in an otherwise well-oiled machine. Now, while sound quality is subjective, I wasn’t the only one who was left wanting for a little more oomph in the low-end and several of my colleagues and a number of audio enthusiasts seemed to share my views about the F9. Well, it seems like the company has heard our woes and has come up with the FiiO FH1, which promise a more powerful and richer bass output as compared to the company’s F9 and F9 Pro IEMs. To put that theory to the test, I got myself a pair of FH1’s to review and here’s what I think of them after using them for a few weeks. I’ve reviewed quite a number of products from FiiO and have always admired how much thought the company puts into the design and packaging. Take the FH1’s for example. Much like every other IEMs from the company, the earphones ship in a hard-shell pelican-style case along with a healthy number of accessories, including a balanced 2.5mm cable, a standard 3.5mm cable with in-line controls and six sets of differently-sized ear tips. Now, you might be wondering why there are two sets of cables packaged with the FH1. Well, that’s because the earphones ship with MMCX connectors, allowing users to replace the cables should they get damaged. Moreover, you can also upgrade to a higher-quality after-market cable down the line to better the sound quality of the FH1 if you so choose. 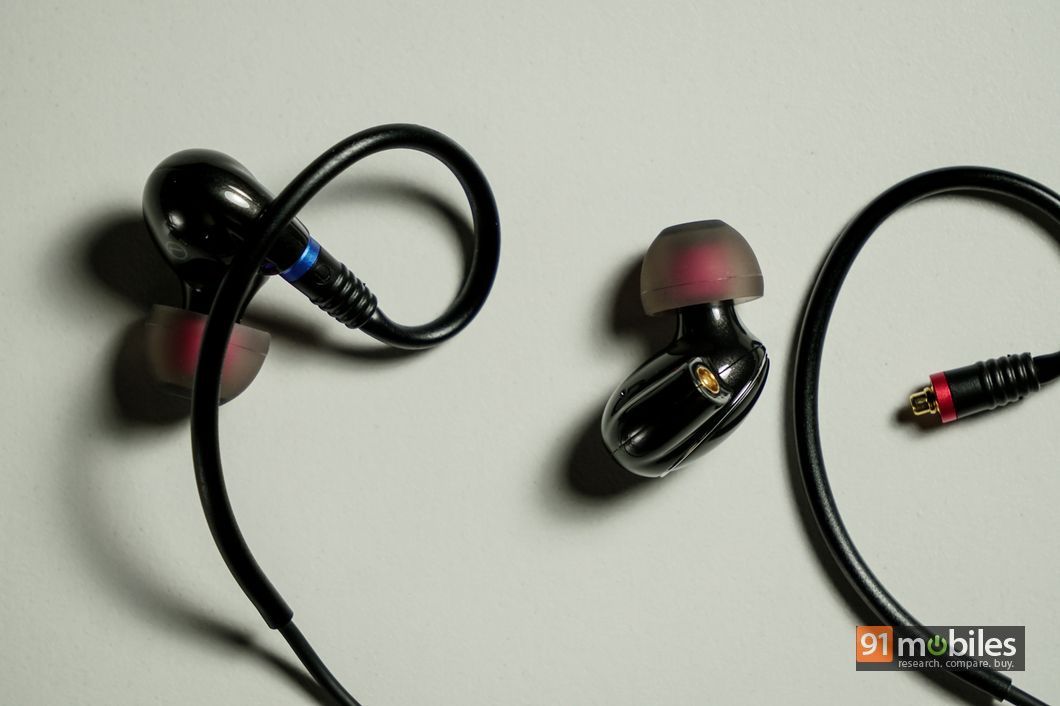 Moving on, unlike its pricier sibling, the FiiO FH1 has primarily been constructed out of plastic, though that doesn’t take anything away from the look and feel of the IEMs. In fact, owing to its plastic construction, you can pick the FH1 up in a myriad of peppy hues including lime green and orange, colours which would’ve been otherwise difficult to replicate on a metallic finish. Furthermore, the FH1 won’t weigh your ears down either as the individual earpieces are as light as a feather. As a result, the earphones are extremely comfortable to wear over long listening sessions too and despite sporting an around-the-ear design, I never faced any issues with the cables biting the back of my ears either. I’d also like to point out that the provided ear tips do a good job at isolating noise and since the earphones ship with an assortment of differently-sized eartips, you should be able to find one which fits your ear just right. 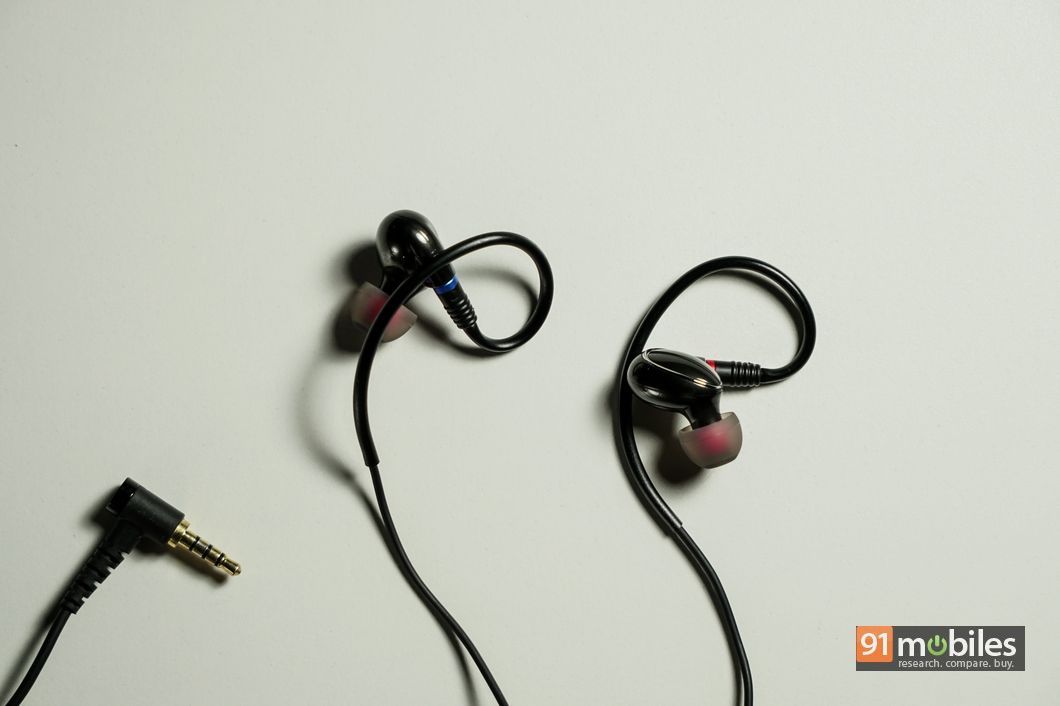 There are some other improvements in the design of the FH1’s that I’d like to touch upon too. For starters, the inside of the earpieces, as well as the cables which ship with the earphones, have red and blue markers, which makes it easy to match the cable with the earpiece. Furthermore, the nozzle of the earpieces has been constructed out of brass which the company claims provides a more stable base and cancels out undesirable resonances. Moreover, the company has put the Knowles BA driver unit inside the nozzle which reduces the distance between the ear and the driver unit and therefore, theoretically, the FH1 should be able to deliver a better sound experience.

I’ve always been impressed with the high standards of FiiO’s products and suffice it to say, the company has yet again managed to meet my expectations with the FH1. Now, let’s see if the same holds true for the IEMs’ sound quality too. 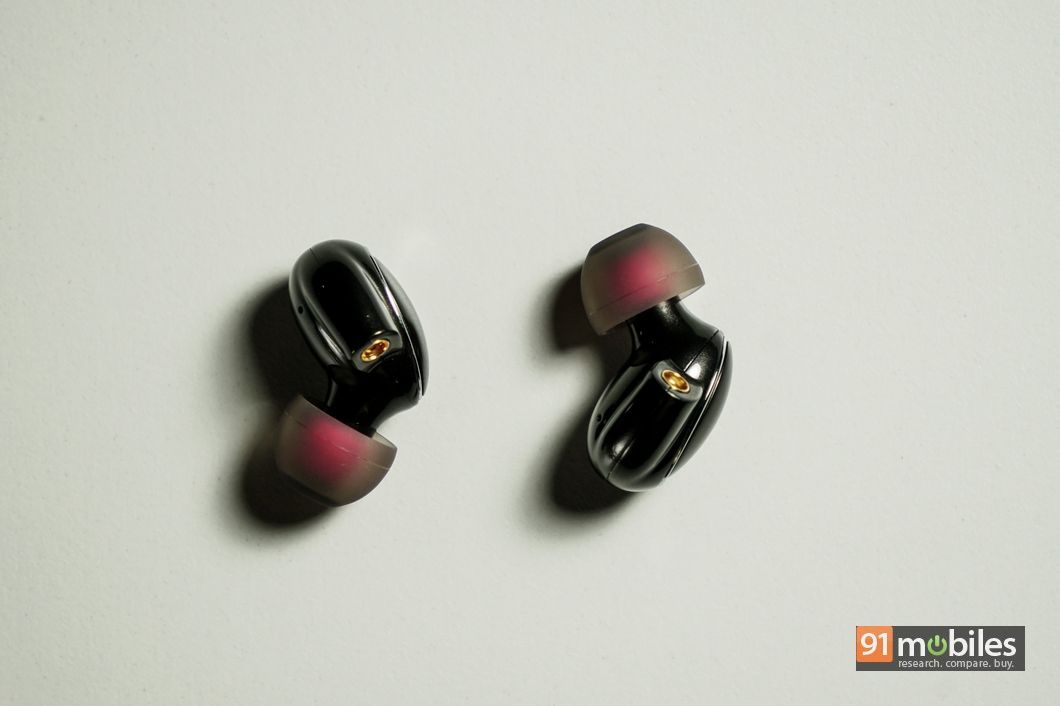 The FiiO FH1 are hybrid dual-driver IEMs which featurs one dynamic driver and one Knowles Balanced Armature driver inside each earpiece. The company has opted for the Knowles 33518 BA driver which, based on my own research seems to be a sought-after driver amongst audiophiles. However, the main highlight is the 10mm titanium diaphragm dynamic driver which supposedly makes up for the lack of bass on the F9 and the F9 Pro. 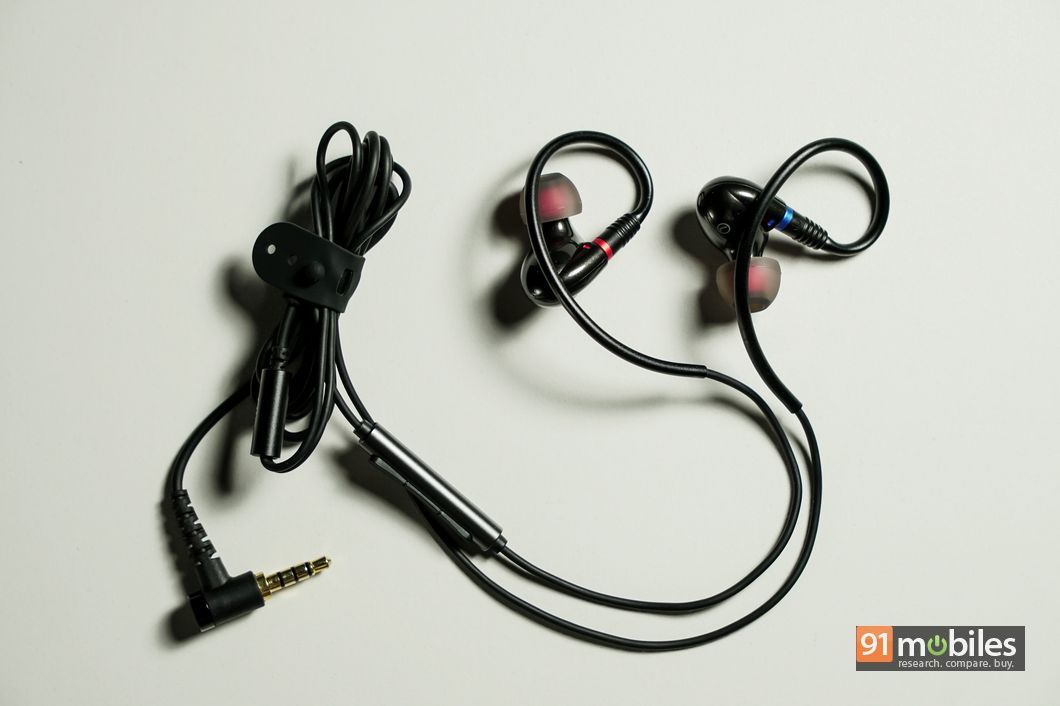 Now, having used the earphones for almost a week, I can say with utmost confidence that the FH1 packs a lot more punch in the low-end when compared to its more expensive siblings. However, while the quantity of the bass has increased, the quality remains the same as what I experienced from the F9. There’s undoubtedly more rumble in the low end this time around and the bass extends deeper too, though it’s not as earth-shattering as what you’d get from a pair of Sony MDR’s. In a nutshell, the FH1 outputs just the right amount of bass, making it one of the funnest earphones I’ve used in a while. 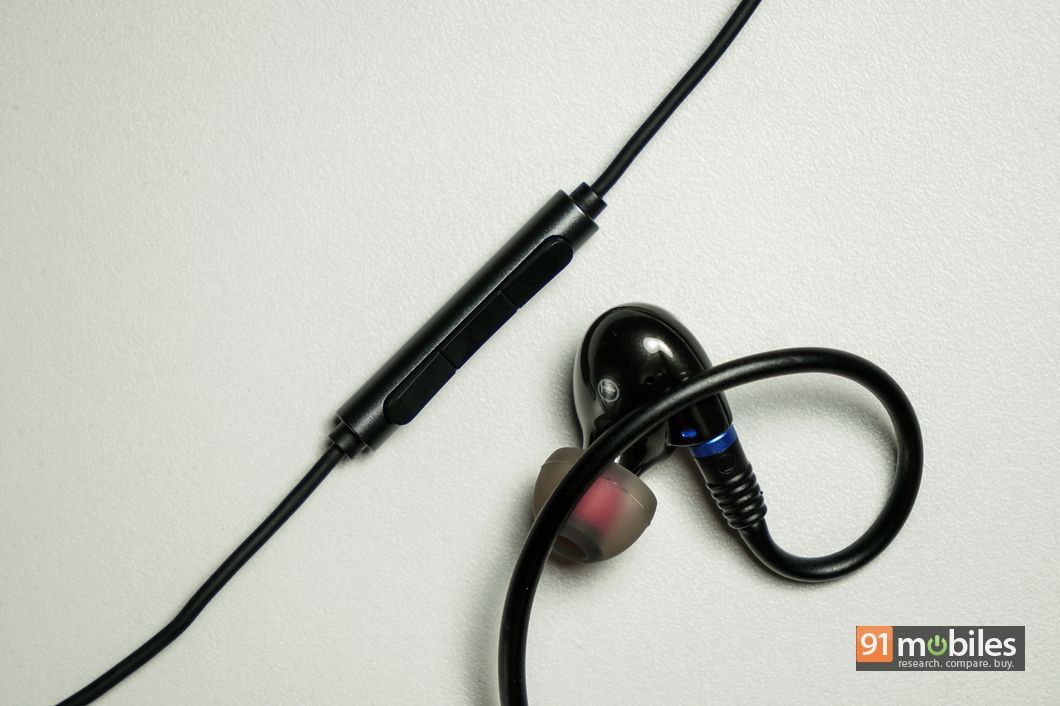 Interestingly, the presence of a larger dynamic driver impacted the overall sound signature of the FH1’s too and I found the IEMs to be noticeably less bright than the F9s. To my ears, the vocals, as well as the instruments, sounded thicker and deeper and the treble response of the IEM’s was more laid-back too. As a result, the sound signature of the FH1’s was more pleasing to the ears, but the IEMs missed out on a lot of details as I went up the frequency spectrum. Don’t get me wrong, I still enjoyed listening to Judas Priest’s No Surrender, however, the FH1’s wouldn’t be my first choice if I want to listen to rock songs on a loop. 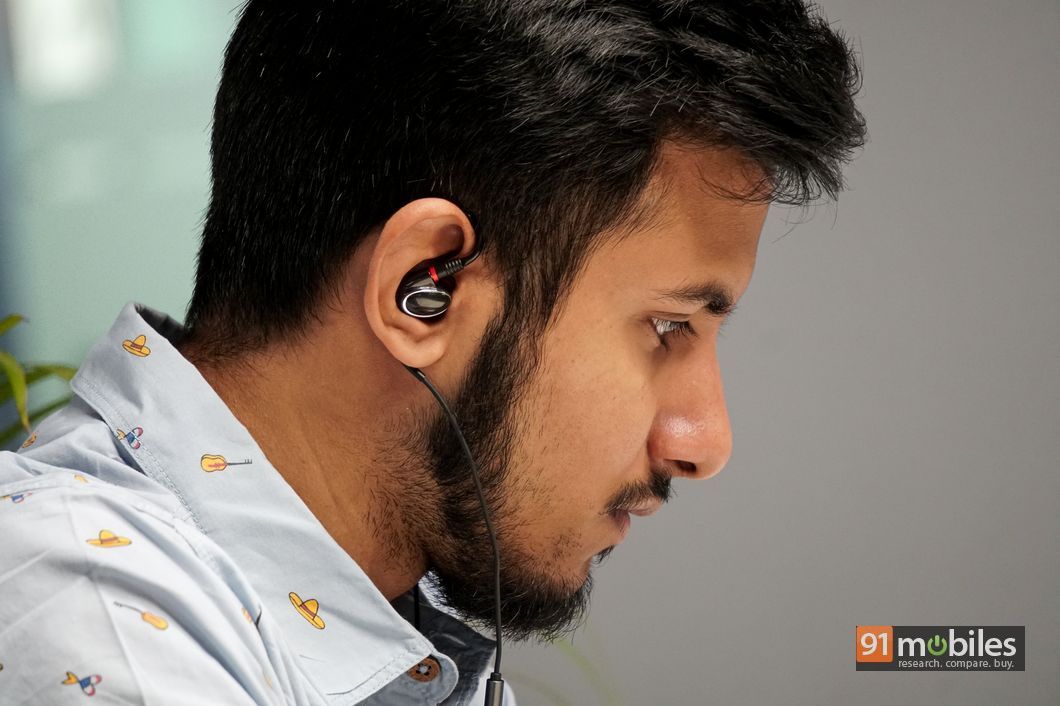 Buying a pair of earphones or headphones depends primarily on what type of music you listen to. If you fancy listening to a lot of hip-hop/EDM and are in the market for a pair of earphones which doesn’t just sound good but looks the part too, then you should definitely consider picking up the FH1. The IEMs are available for Rs 5,990 from the company’s website which is a steal when you factor in the sound quality, the accessories as well as the ability to switch cables on a whim. However, if you are looking for a more balanced sound output and don’t quite have the budget for the flagship F9 or the F9 Pros, then you could pick up the company’s F5 single-driver IEM (review), which retail for just around the Rs 5K mark. 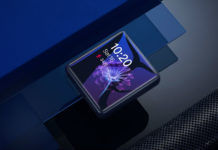 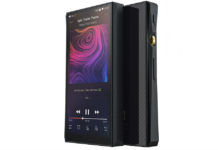 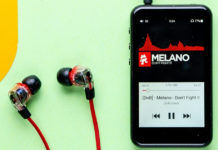 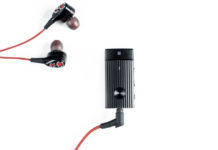 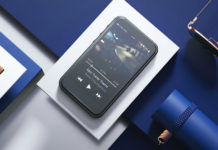 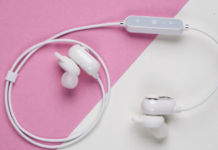 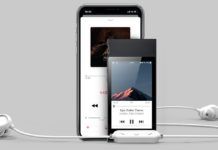