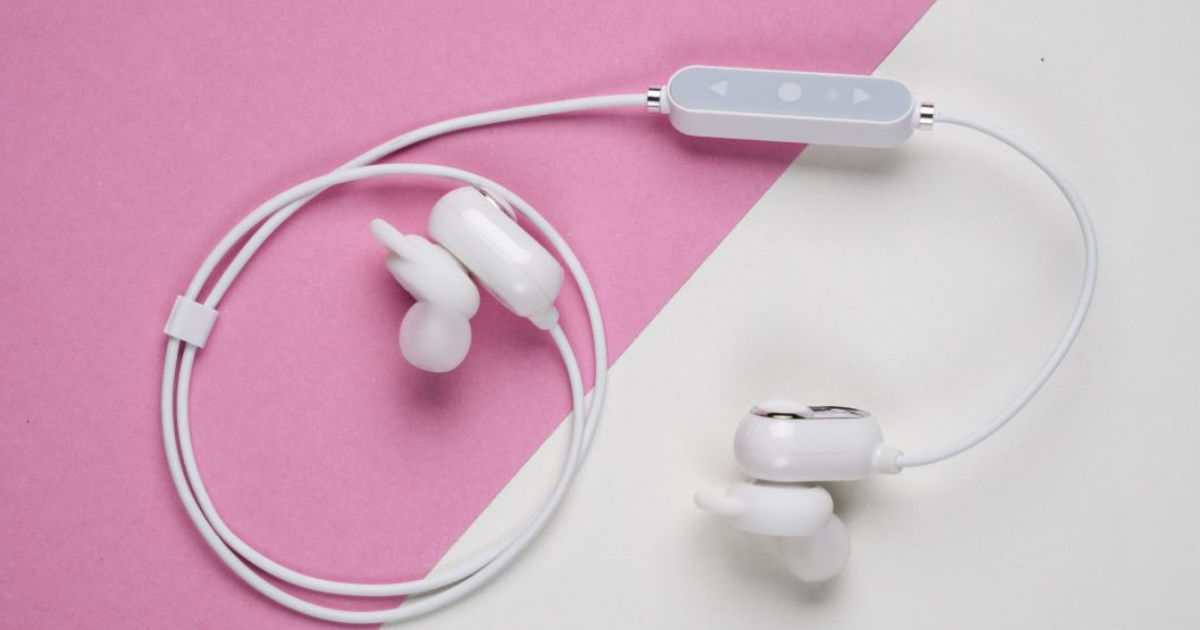 “We take a closer look at FiiO’s first pair of Bluetooth earphones, dubbed the FB1”

Smartphone trends have a ripple effect on the accessories market, and as soon as Apple axed the headphone jack from the iPhone 7 models, we saw a surge in the sales of wireless headphones. Since then, we’ve seen more and more manufacturers launch smartphones without the beloved analog port and consequently, more wireless headphones too. 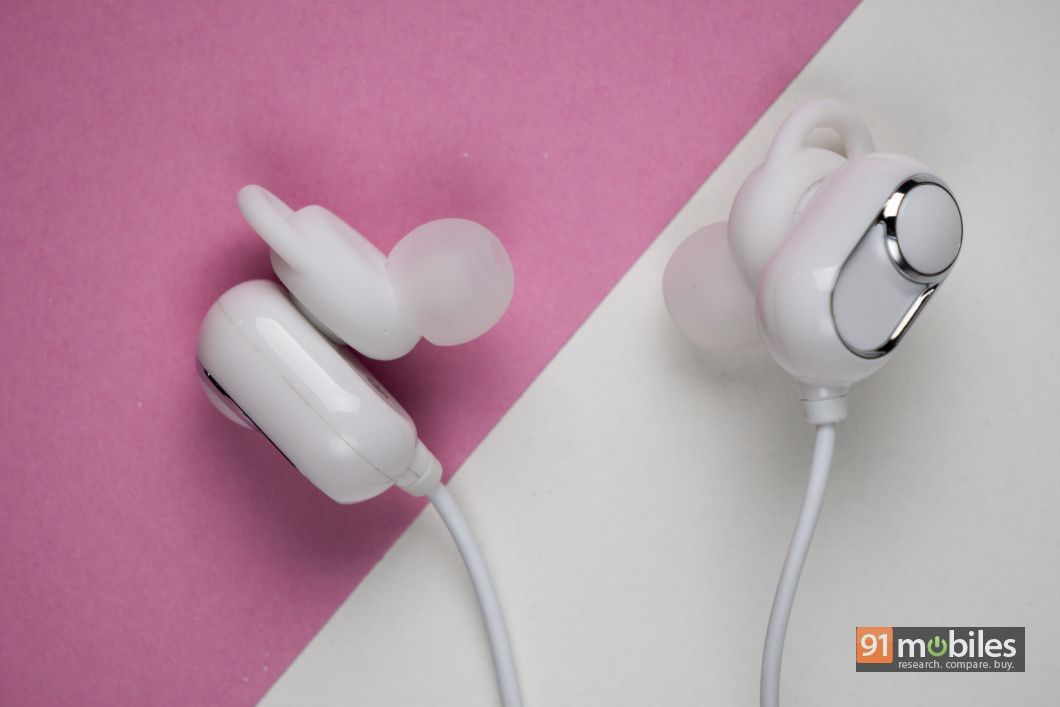 Recently, Chinese audio giant FiiO unveiled its first pair of Bluetooth earphones in the country, dubbed the FB1, at an affordable price point. After listening to my music playlists on the earphones for a week, here’s what I make of them.

Despite being constructed entirely out of plastic, the FiiO FB1 look really good when you’re wearing them, thanks in part to the earphones’ white colourway which is complemented by shiny chrome trims. The pair most definitively doesn’t feel premium, but for the price, don’t come across as cheap either. The earpieces sport a distinctive shape too, which give them an edge over the similarly-styled offerings from the competition. 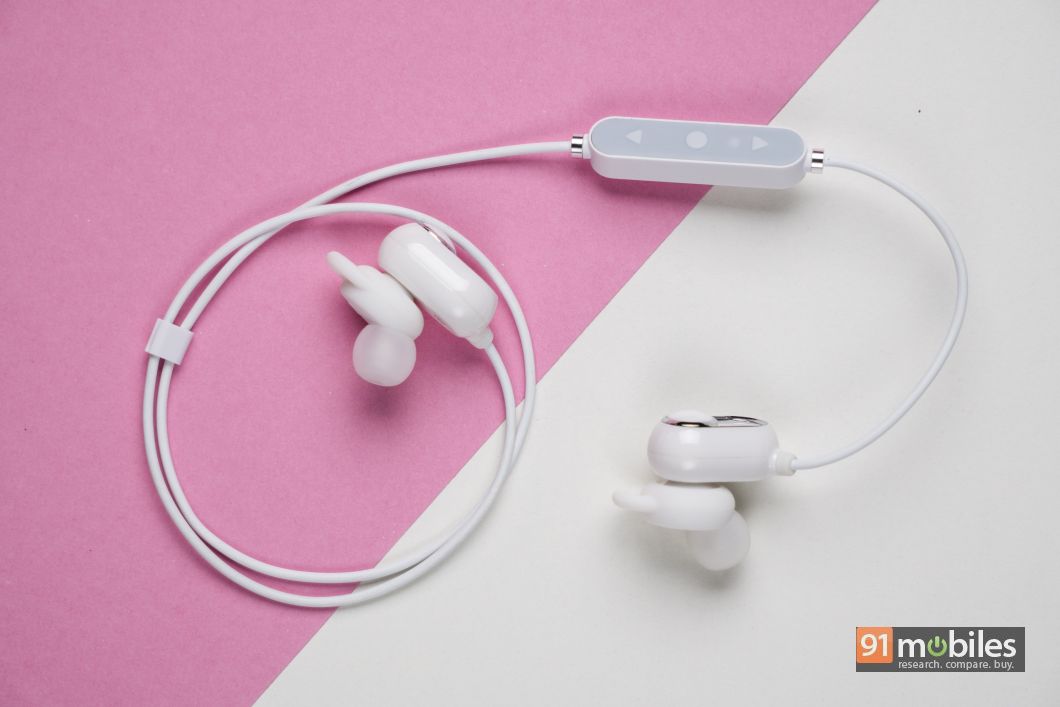 Moving on, the FB1 includes a control pod which has been positioned near the right earpiece. The pod features three buttons, along with a microphone and an LED indicator which flashes blue non-stop when the earphones have been paired to a device. That could get annoying after a while, especially if you listen to music to sleep at night. 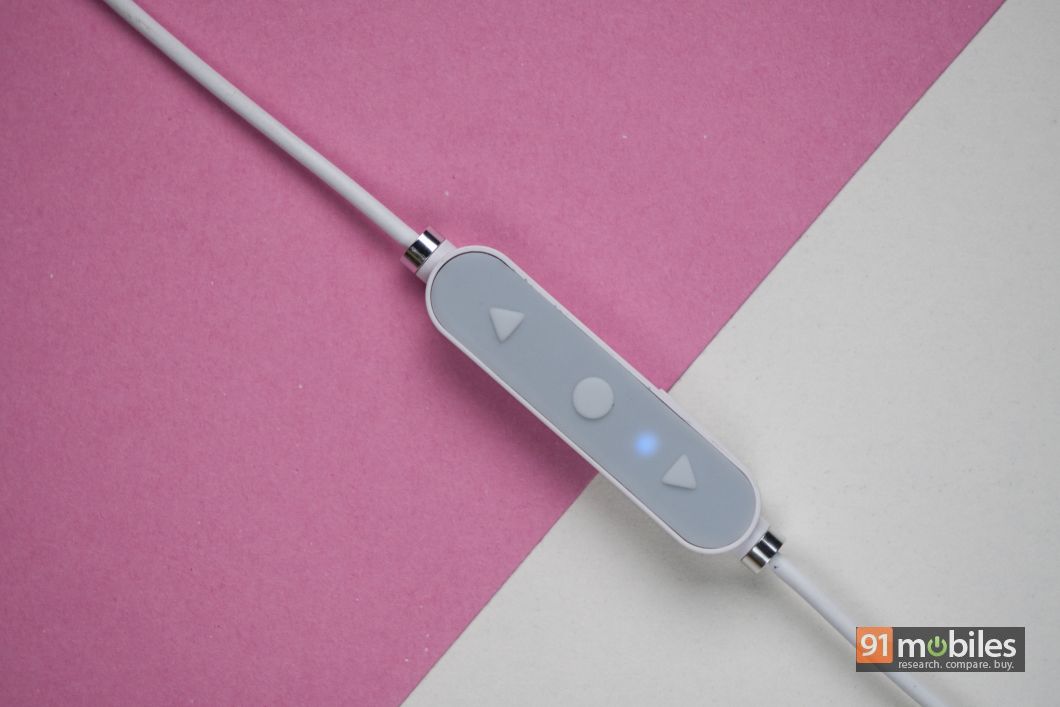 The in-line remote control also lets you control the music playback and offers controls to change the volume levels, play/pause the music and skip between different tracks. Last but not the least, you’ll also find a micro-USB port positioned on the pod to charge the earphones. Seeing how my daily driver is the OnePlus 6 (review), I wish the FB1 featured a USB Type-C port as that would’ve saved me the trouble of carrying an extra cable every day. 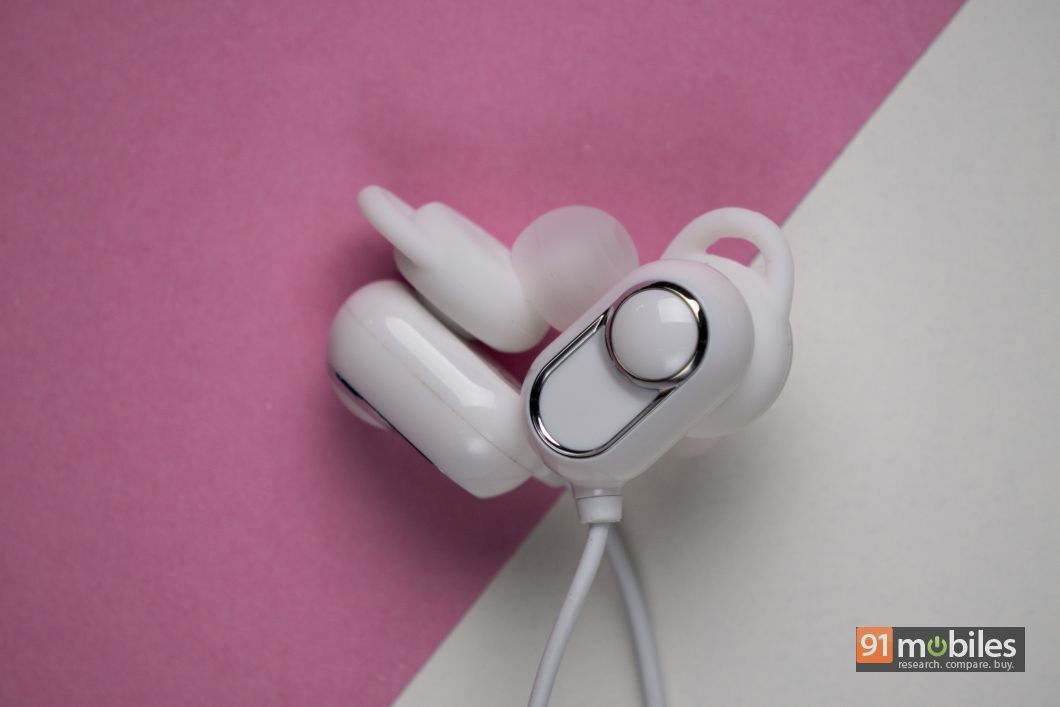 In terms of comfort, I must admit, I couldn’t find the perfect fit for the FB1 which suited my ears. I even tried different combinations for the wing tips and the ear tips, but to no avail. What’s more, the earpieces are quite bulky and protrude outwards too. Therefore, the earphones will bite your ears if you try to lay on one side when you go to sleep at night. On the flip side, the earpieces stayed put in my ears even when I was shaking my head vigorously, so you needn’t worry about repositioning the pair whilst you’re working out.

Underneath the FB1’s plastic chassis, buyers will find a pair of 13mm dynamic drivers which have been positioned inside the two earpieces. The earphones support various audio codecs, including SBC, AAC and Qualcomm’s aptX codec, which allows for higher quality audio to be transmitted over a Bluetooth connection. What’s more, the FB1 also come with Qualcomm’s CSR8645 audio chip, which lets users pair two different devices to the earphones simultaneously. 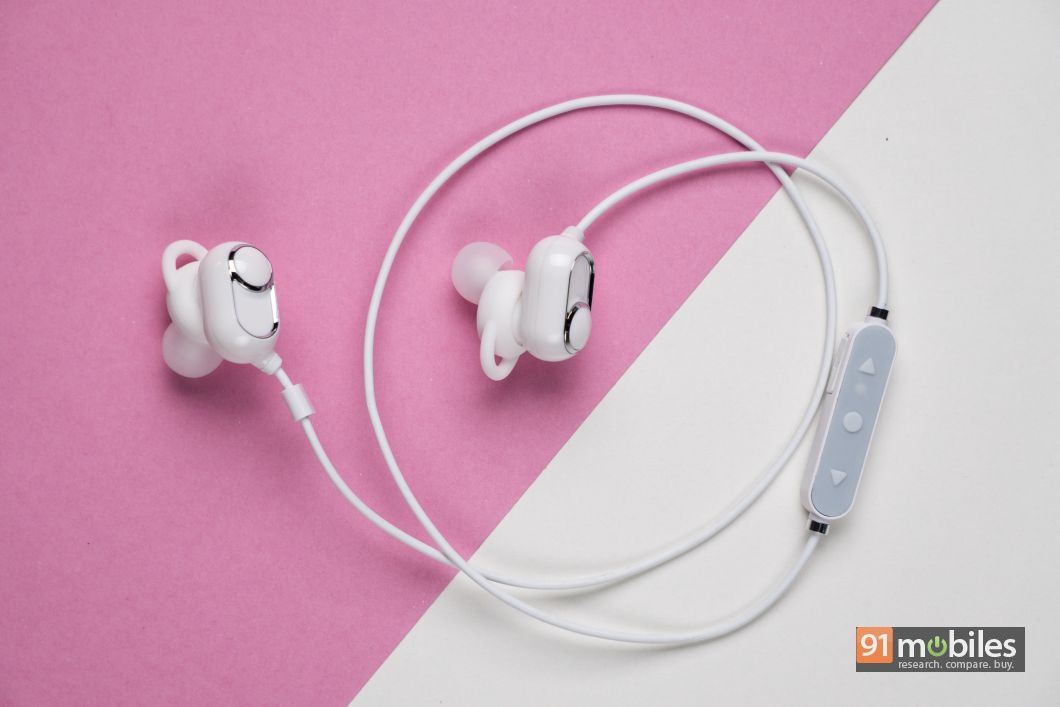 To no one’s surprise, the FiiO FB1 prefaces the low end over other frequencies. However, unlike the brand’s FH1, another pair of bass-heavy IEMs which I reviewed earlier this year, the bass output of the FB1 leaves a lot to be desired. For one, there’s noticeable bass bleed at higher volumes and the beats just don’t feel very impactful and tight. Instead, any EDM/Hip-hop song I listened to using the FB1 sounded echoey and boomy. 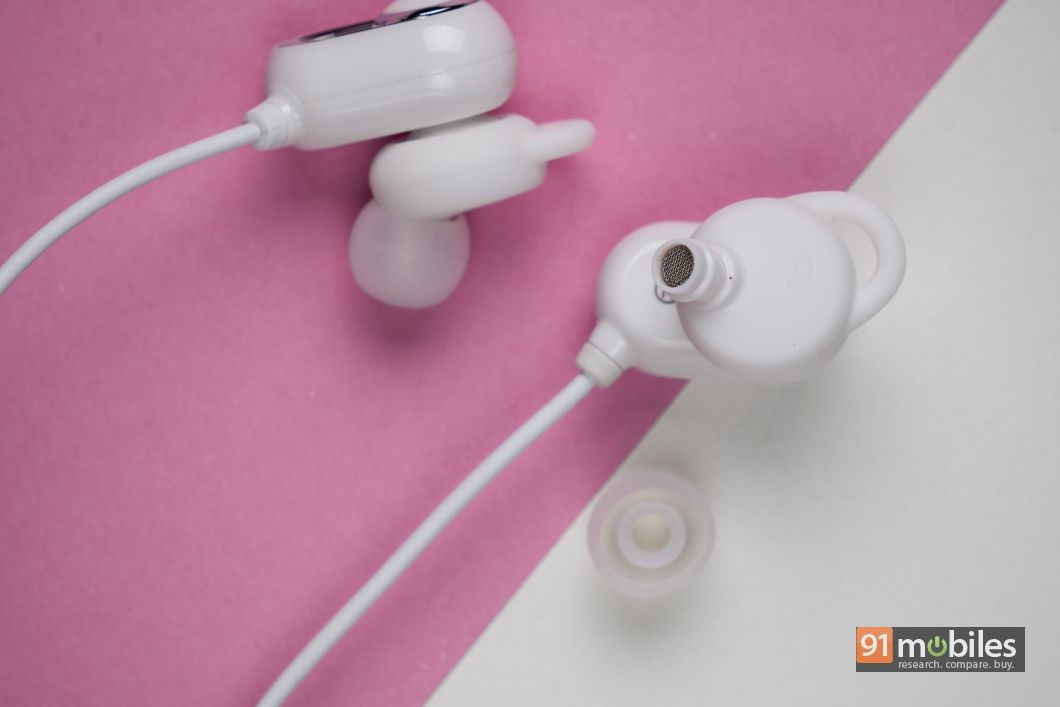 What’s more, the bass eats its way into the other frequencies too, resulting in thicker vocals with subpar extension. The highs sound lacklustre on the earphones, and you’ll have to be extremely forgiving to enjoy songs like ‘Black Hole Sun‘ from Soundgarden on the FB1s. As you might’ve guessed by now, the earphones don’t set any benchmarks in terms of image separation and the soundstage isn’t going to set your world on fire either. 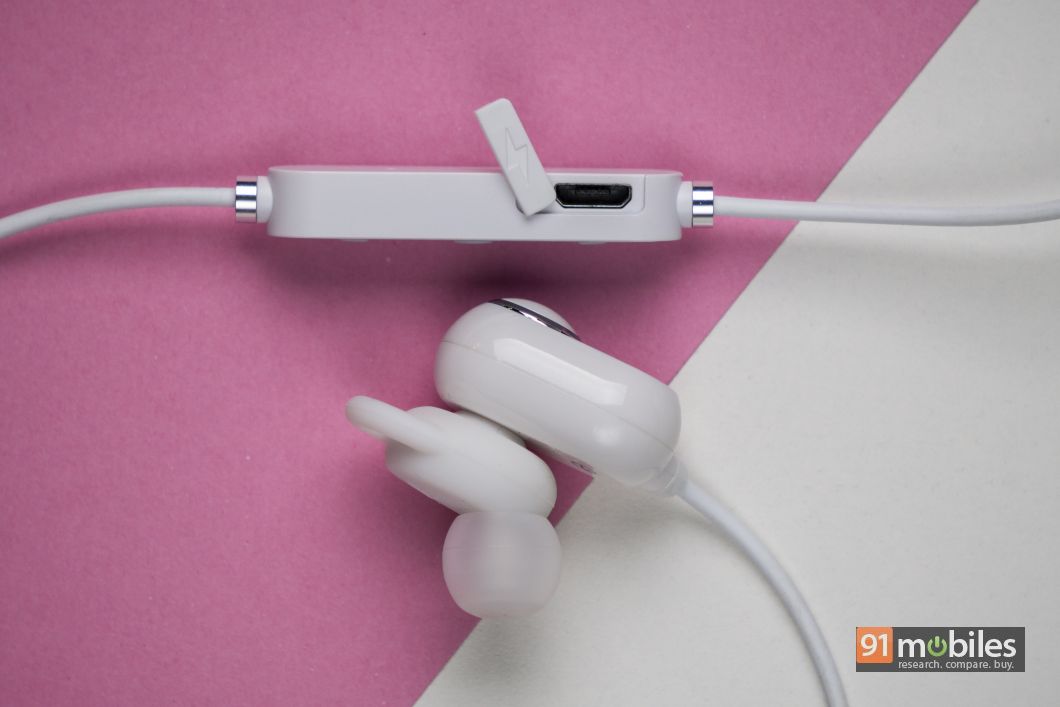 To FiiO’s credit, the FB1 managed to maintain an unfailing Bluetooth connection to my smartphone and I didn’t come across any track skips or latency issues whilst using the earphones either. Moreover, the earphones’ battery lasts reasonably long and I only needed to charge the earphones after listening to music for around five hours. You also get a quick-charge functionality bundled with the earphones and FiiO claims that a ten-minute top up can give you up to an hour of music playback. During my testing, I managed to listen to music for around 40 minutes with the volume levels at 75 percent.

The FiiO FB1 retail for Rs 3,490 on various e-commerce platforms and for the price, I feel that you can get your hands on better offerings from the competition. The OnePlus Bullets Wireless (review) make a strong case against the FB1 as the former offers a much better sound output and ship with plenty of tricks up their sleeves, though availability is a problem. Moreover, the recently-launched TAGG AirBuds also give the FiiO FB1 a run for their money as the earphones feature a sturdier build along with better bass output. Although I hold FiiO to a high regard, I think that the the FB1 can be given a pass.