“The Marathon M5 Plus will put your battery woes to rest. But is that enough?” 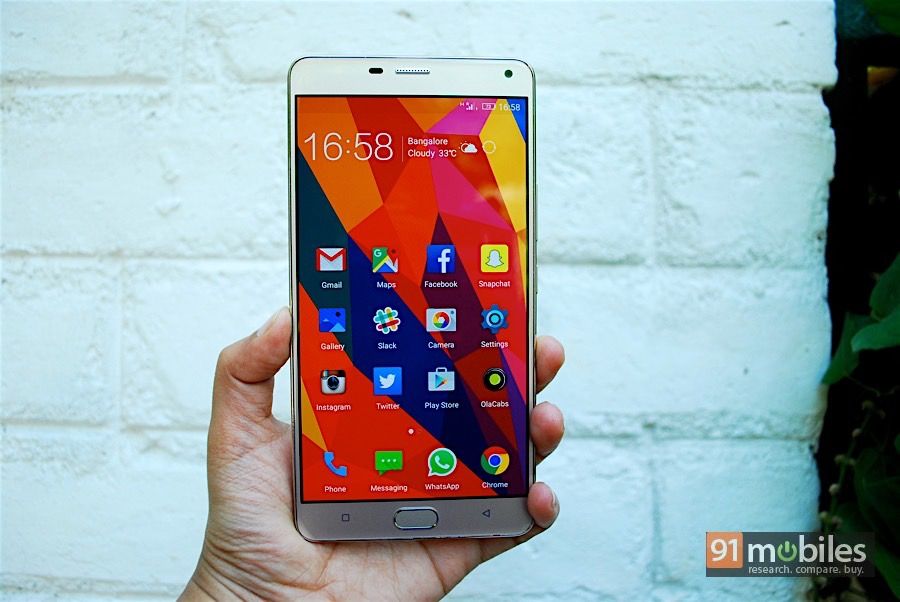 Battery-centric smartphones are a bore. There, we said it. Sure, they come with a promise of an all-day (in most cases, a two-day) battery life, but it’s almost always at a cost. So yes, you’ll be able to leave your charger at home, but you’ll probably end up compromising on other aspects. Gionee is a brand that’s been guilty of devices like this with its Marathon series, but now the brand wants to change things up with the Marathon M5 Plus (unboxing). An enhanced version of the Marathon M5 (first impressions), the new smartphone brings improved specs and a much sleeker design, albeit in a larger form factor. So will the M5 Plus be Gionee’s star-Marathoner? Let’s find out. 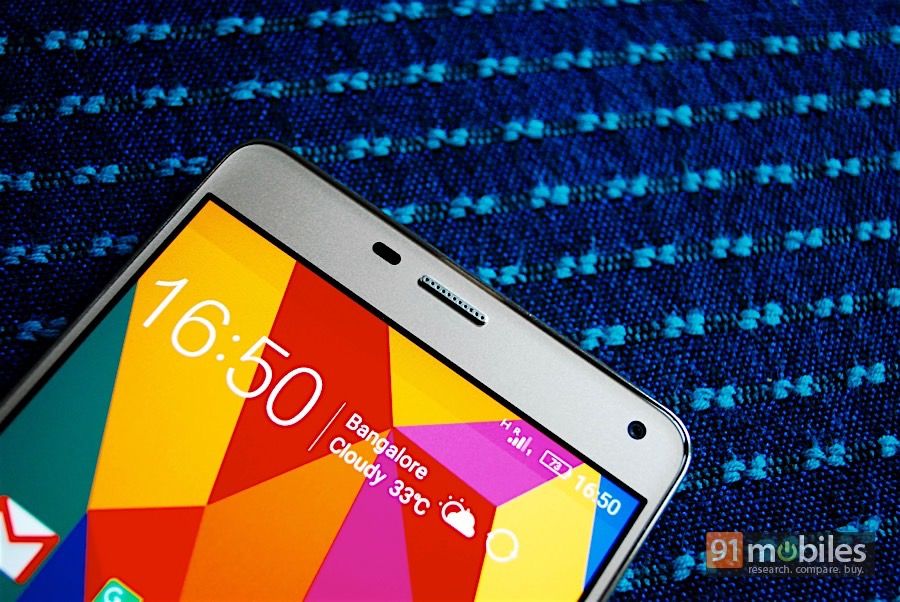 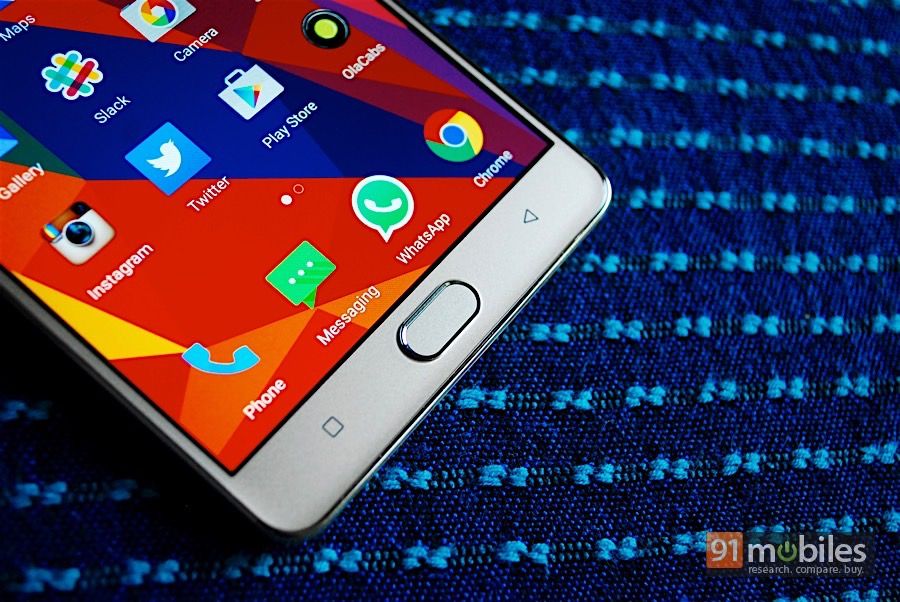 The Marathon M5 Plus pushes the phablet category to its seams with its massive 6-inch display, making it pretty unwieldy. Even so, Gionee’s done a commendable job of keeping the other dimensions to acceptable limits. The M5 Plus measures a slim 8.4mm around the waist, and weighs 208g, which isn’t light by any means, but is still manageable. Our gold review unit looked pretty snazzy compared to the drab M5, with a shiny metal trim and chiselled frame. What makes the smartphone really stand out though is the use of 2.5D curved glass, which slightly raises the display around the edges. Above the screen, you’ll find the earpiece, notification LED, sensors and front camera. Below lies a physical home button with an integrated fingerprint sensor, flanked by two LED-backlit Android navigation keys. 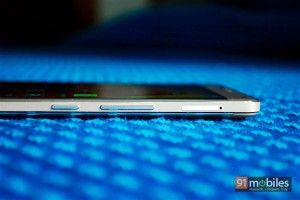 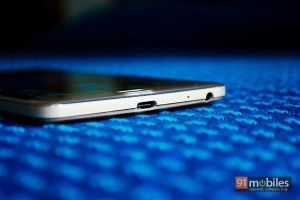 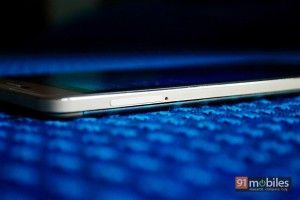 Around the sides, you’ll find the power button, volume rocker and microSD card tray on the right. The left features another ejectable tray that accepts two micro-SIM cards. The bottom features the 3.5mm audio jack, primary microphone and USB Type-C port, while the top is completely bare. 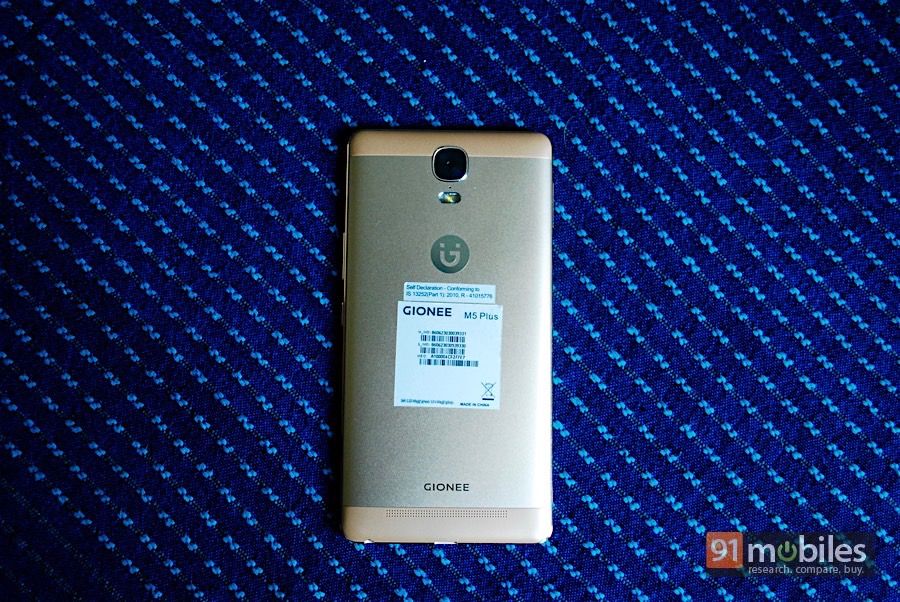 The back panel is mostly metal, barring two plastic strips at the top and bottom to account for better antenna reception. At top centre you’ll find the large primary camera module, followed by a secondary microphone and a dual-LED flash. Below this is Gionee’s new ‘smiley’ logo, while at the bottom you’ll find Gionee branding and a loudspeaker grill. 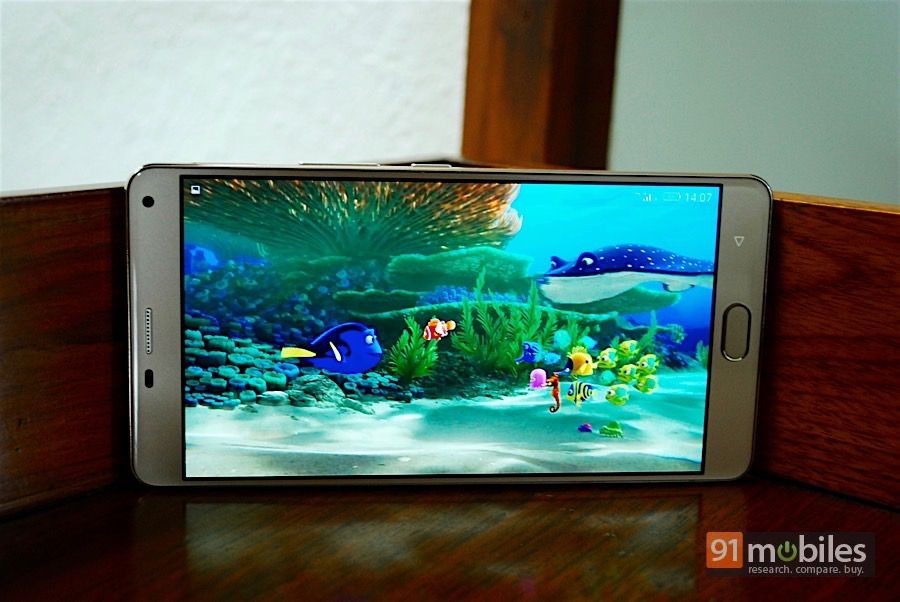 The Marathon M5’s Plus 6-inch display features full HD resolution, equating to a decent pixel density of 368ppi. Thanks to the presence of an AMOLED display panel, you get vibrant, rich colours that are perfect for media consumption. In display settings, you can switch the screen temperature between neutral, cool and warm, depending on your preference. The screen is fluid and responsive, with good viewing angles and sunlight legibility. 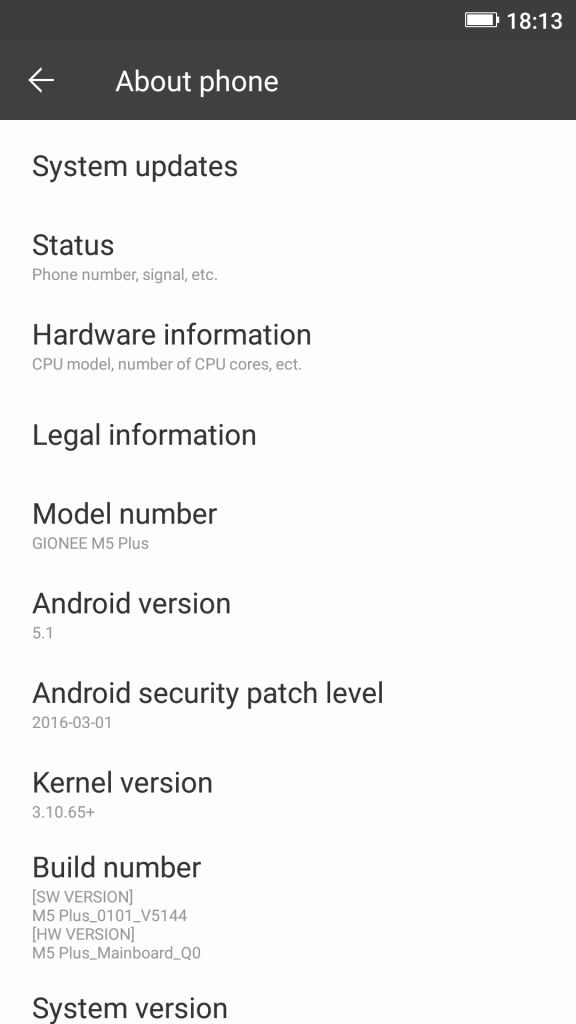 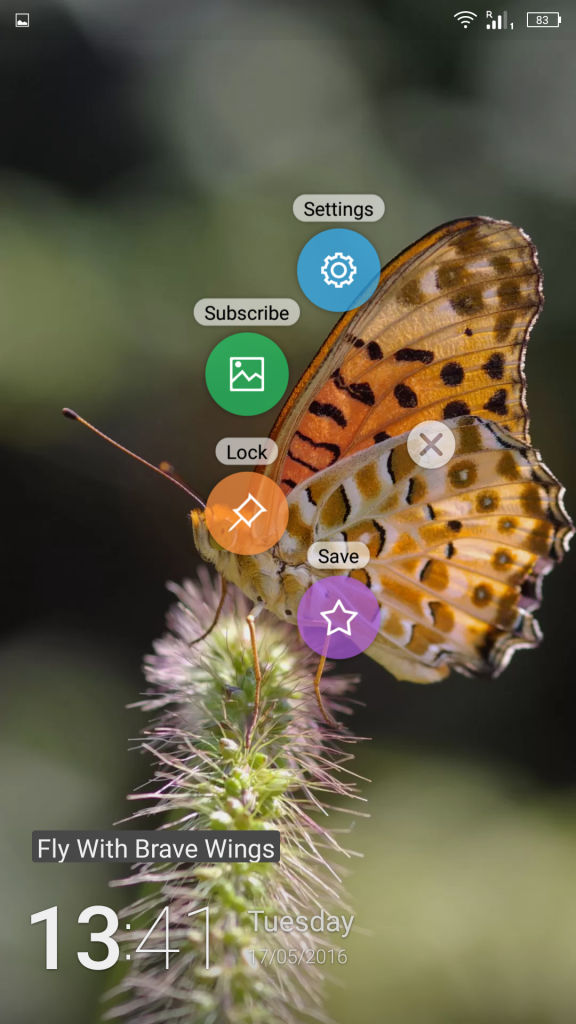 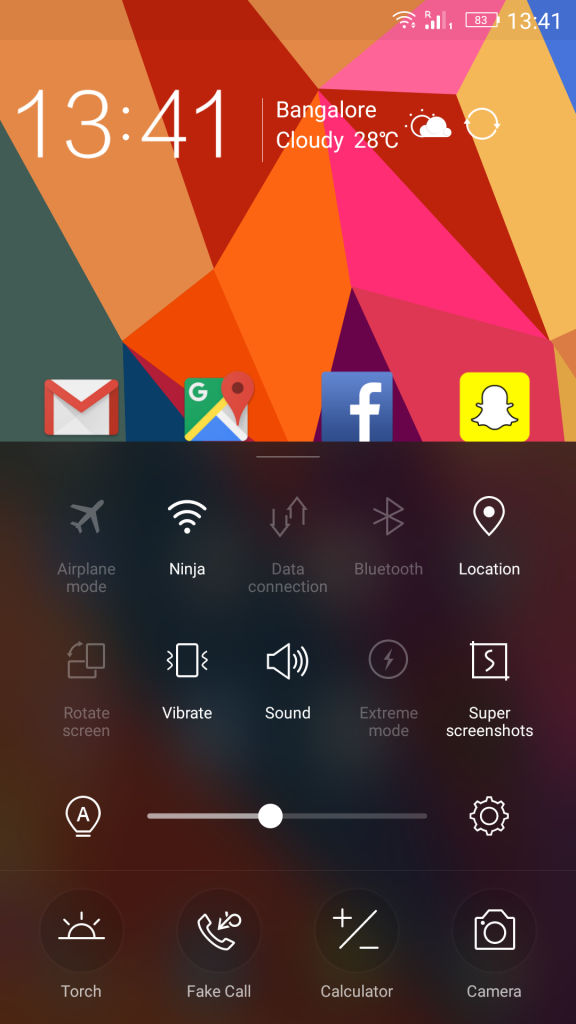 The Marathon M5 Plus runs Android 5.1 Lollipop, with Gionee’s Amigo 3.1 UI on top. We’ve talked about this version of Amigo UI in our review of the Gionee Elife E8 earlier, so we’ll just brush upon the basics. This version of Amigo is definitely a big step up from previous iterations, but it’s still a heavy skin, and the instances of bad grammar (it’s like applying Google Translate to a Chinese website) makes it feel unpolished. Starting with the lockscreen, you get wallpapers that can change everyday, similar to Magazine Unlock on Honor’s Emotion UI. The homescreen that greets you lacks an app drawer as is usual, with the notification center accessible by swiping down from the top, and the quick settings by swiping up from the bottom, akin to Control Center on iOS. In terms of the pre-loaded apps, you get way too much bloatware, including apps like OLX, UC Browser, TouchPal 2015, DU Speed Booster, and games like Bubble Bash 3, Spider-Man: Ultimate Power and a bunch more. Fortunately, these apps can be uninstalled. 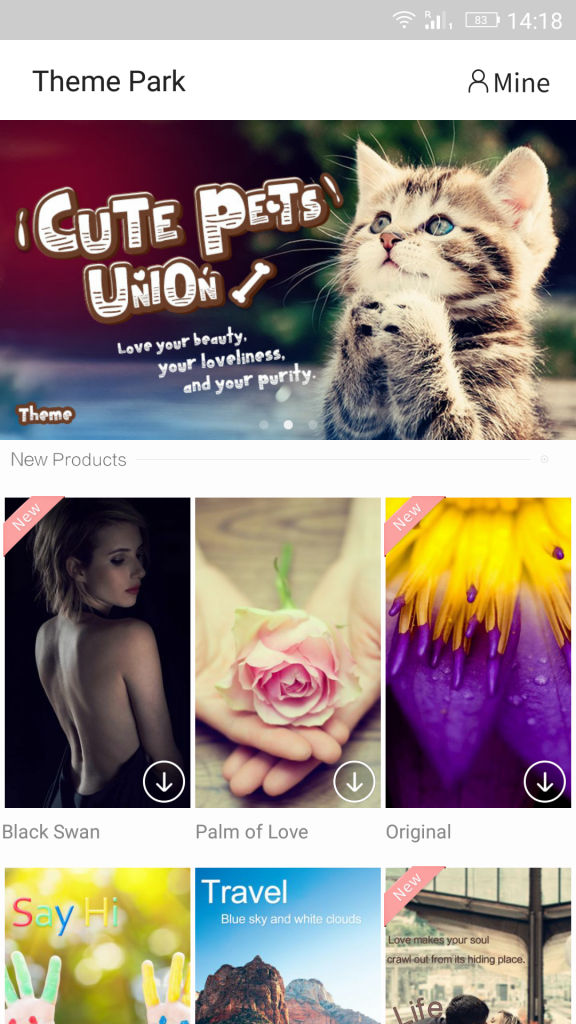 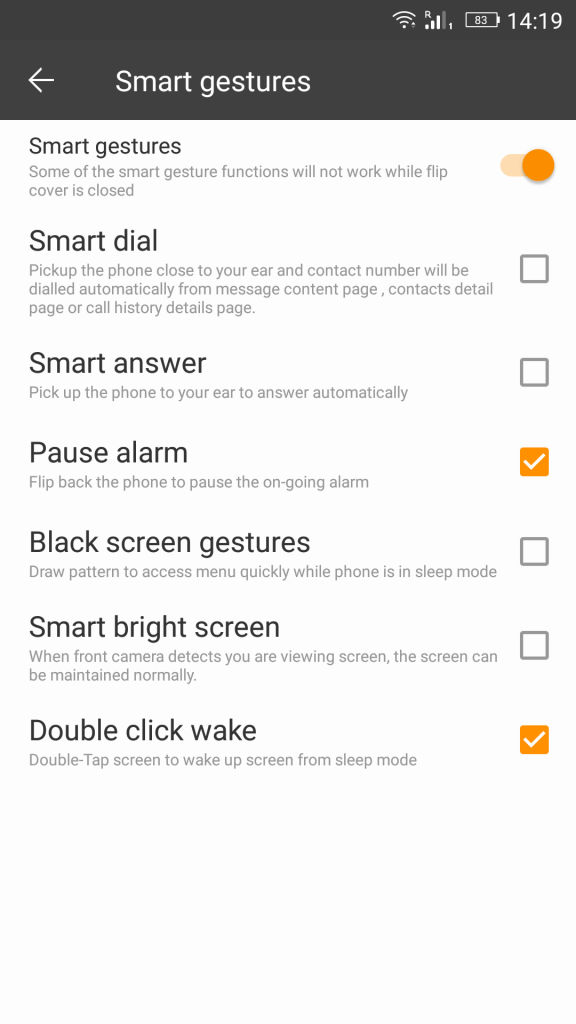 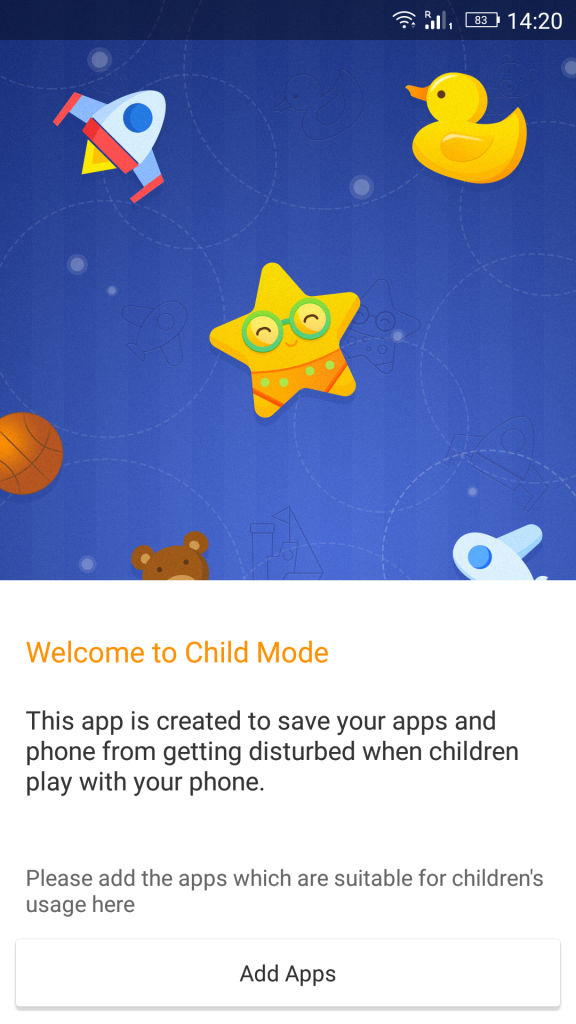 The M5 has five pre-loaded themes, but you can download additional themes from the Theme Park app, wallpapers from the Mood Card app and custom colours with the Chameleon app. Delving into settings, you’ll find a bunch of smart gestures you can enable, plus a suspend button to quick access the Android navigation keys. You can also enable a one-handed mode and Child mode. 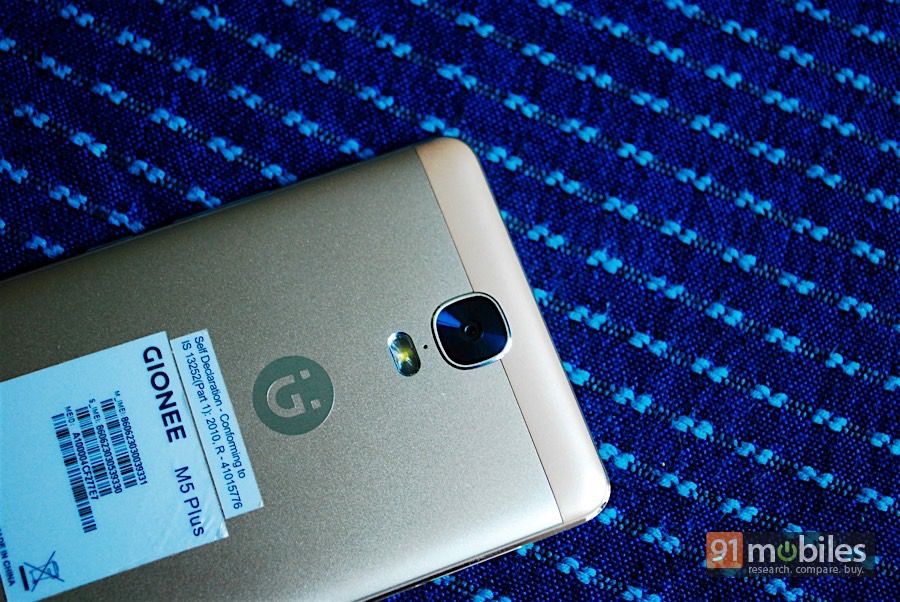 In the camera department, the M5 Plus gets a 13MP primary shooter with f/2.2 aperture, as well as a front-facing 5MP unit. The camera app features a simple layout with the viewfinder and controls on either side. There are various shooting modes on offer, including HDR, Panorama, Face beauty, Night, Professional and Filters. The app also features an integrated barcode and QR code scanner, which is useful. 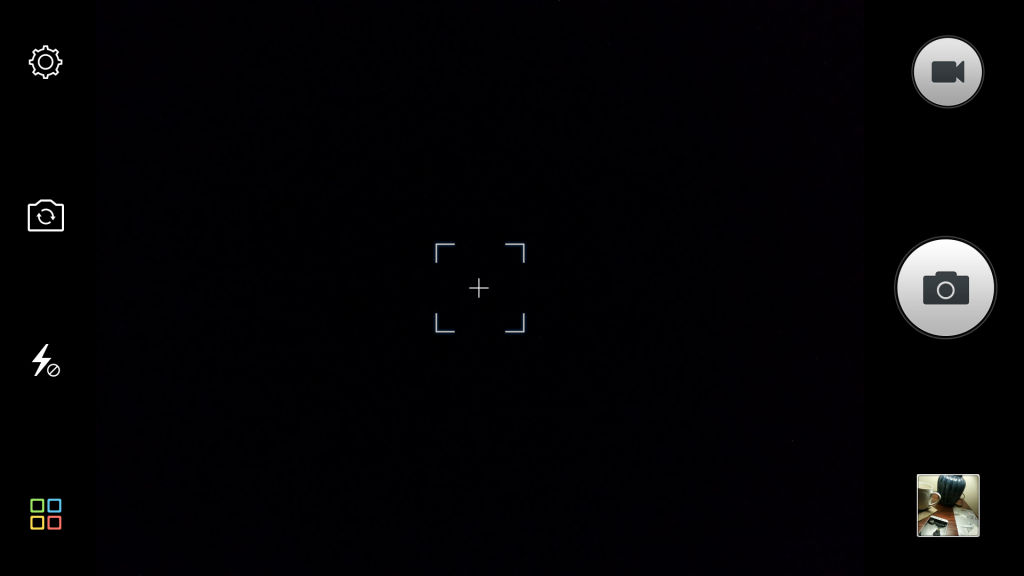 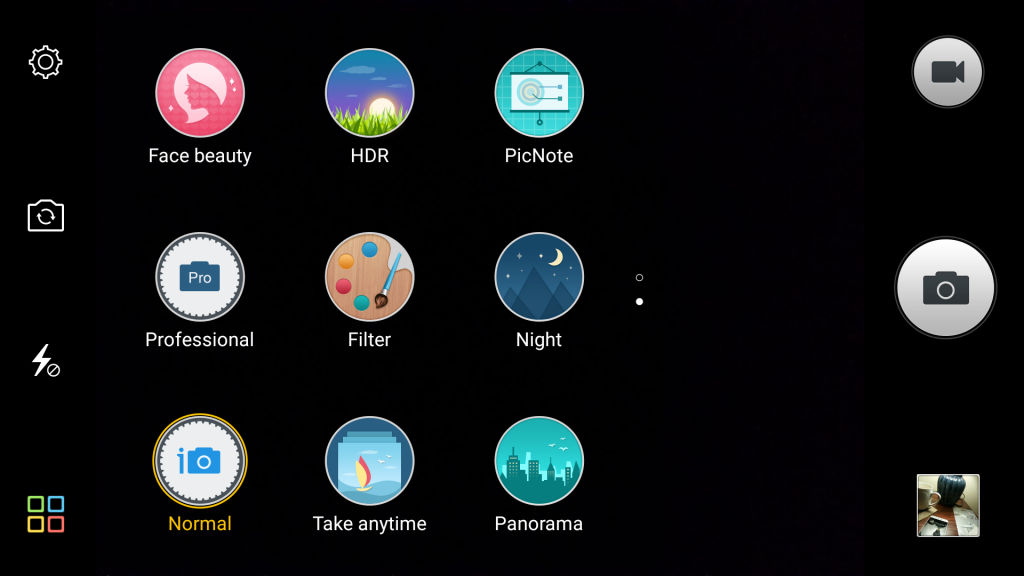 The camera itself is snappy and quick to focus. Images look lovely on the phone’s display since it’s an AMOLED panel, but transferring it to your PC might leave you disappointed. That said, the phone is capable of taking some impressive macro and daylight shots. Unfortunately, grain tends to creep in whenever there’s poor lighting, or even shadowed areas in daylight shots. We also noticed some instances of oversharpening and blown-out highlights. The front camera takes some very usable selfies, even in artificial lighting. Here are some image samples captured with the primary camera. You can open the thumbnails in a new tab to view them in full resolution. 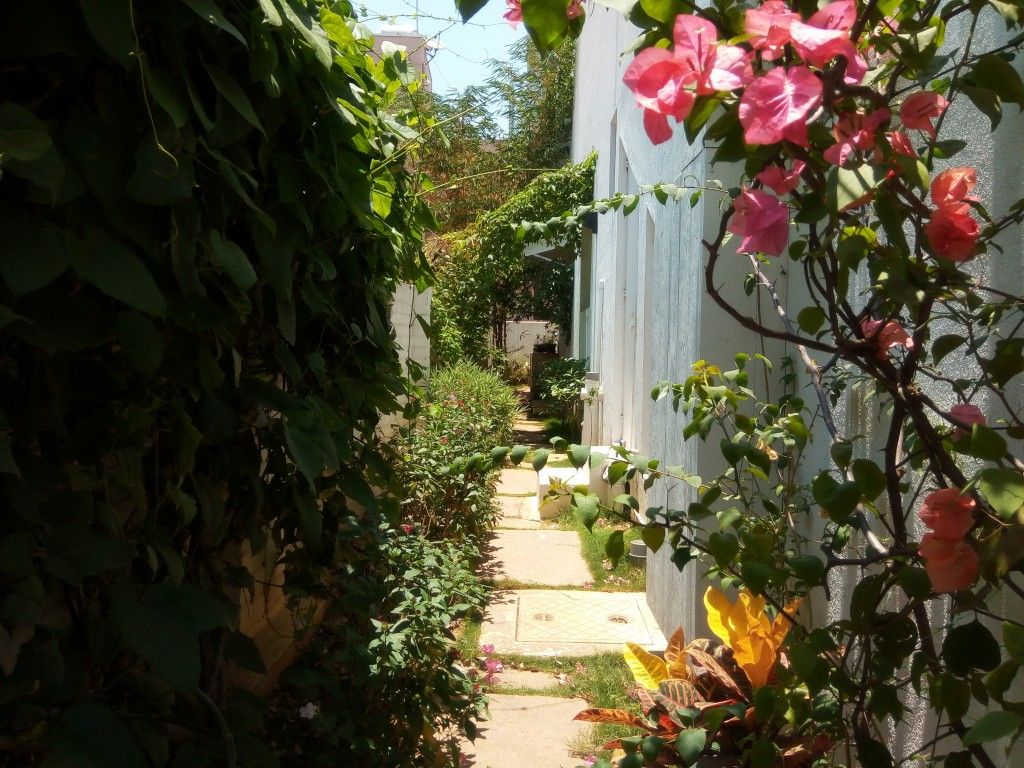 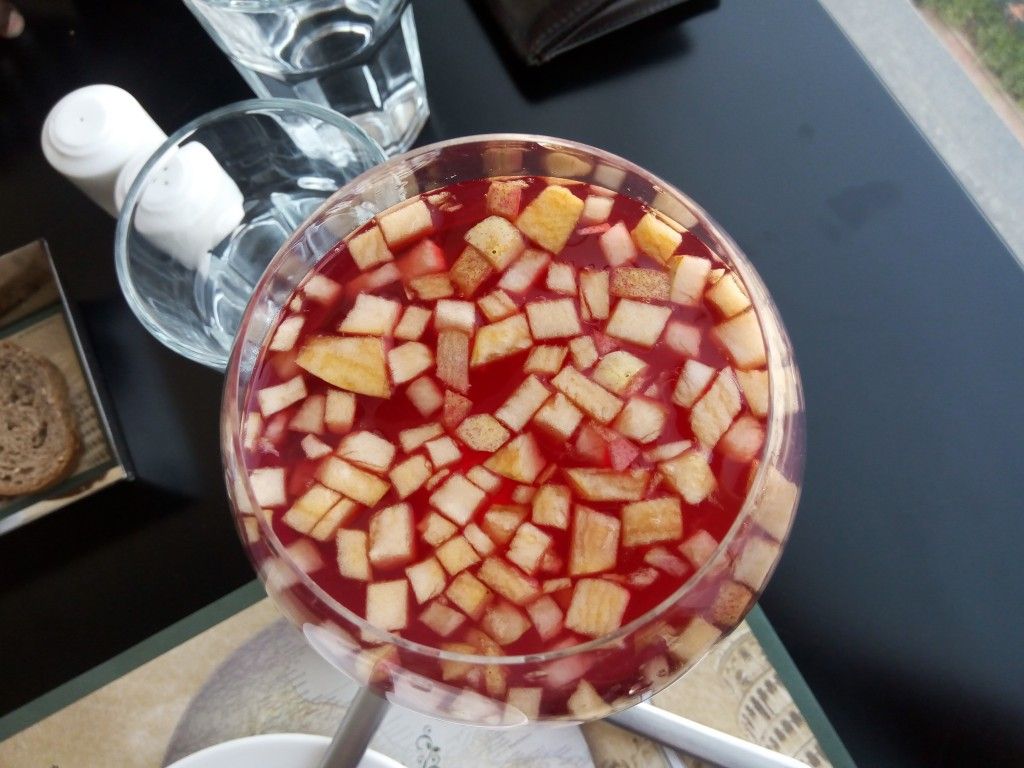 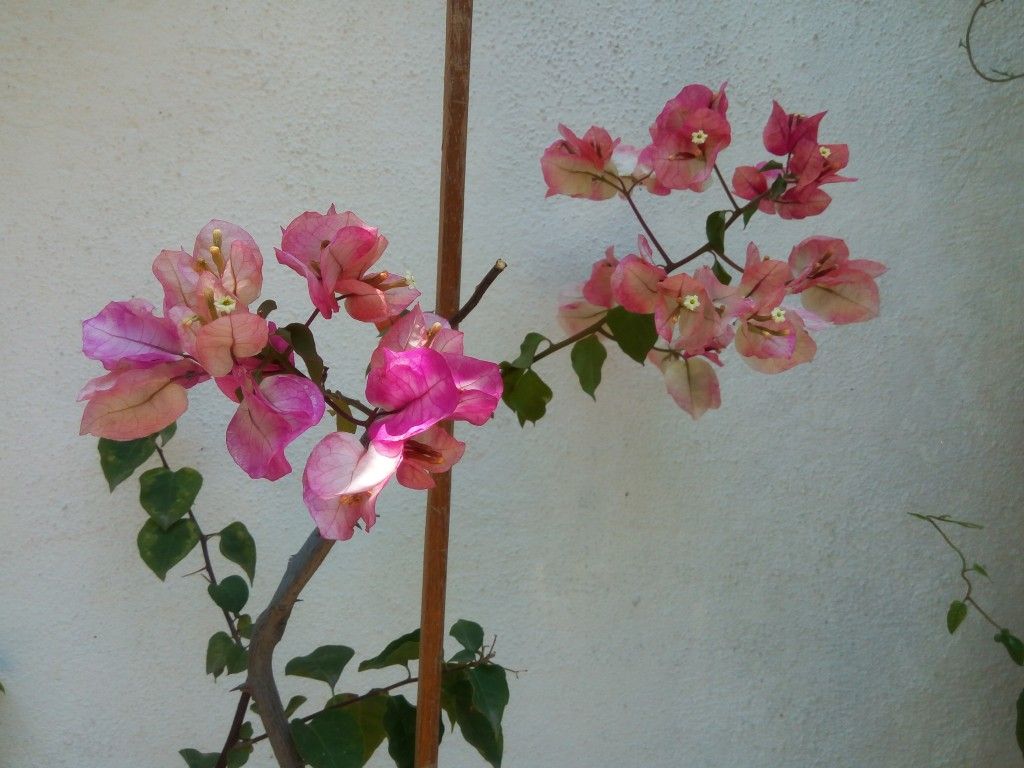 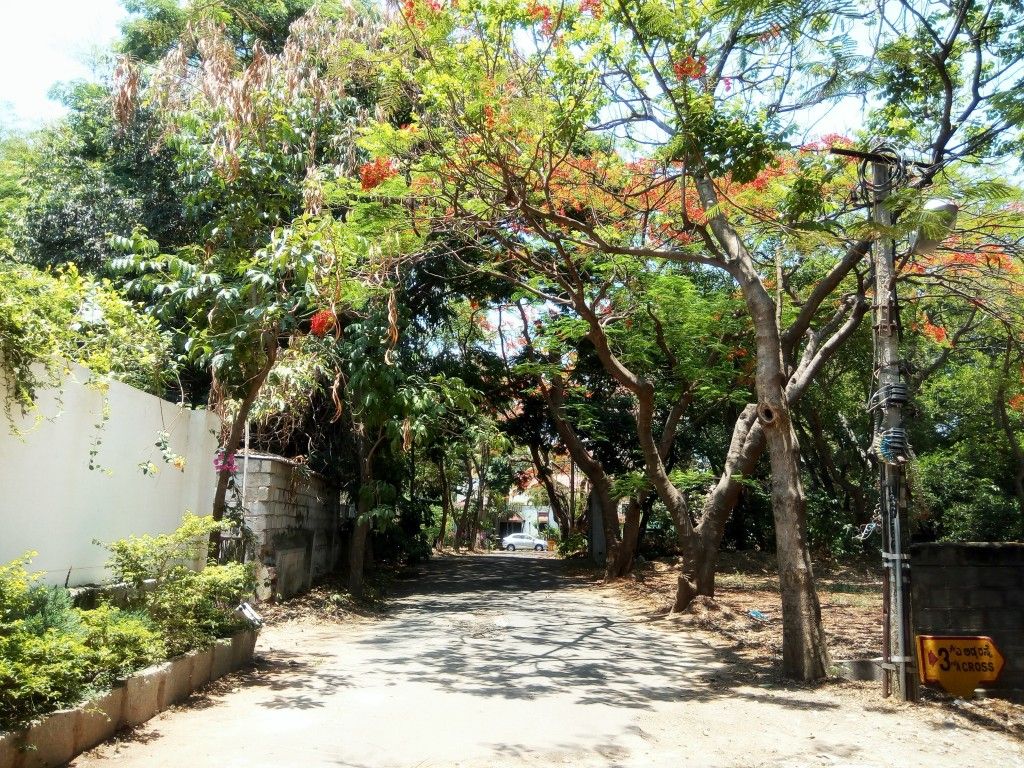 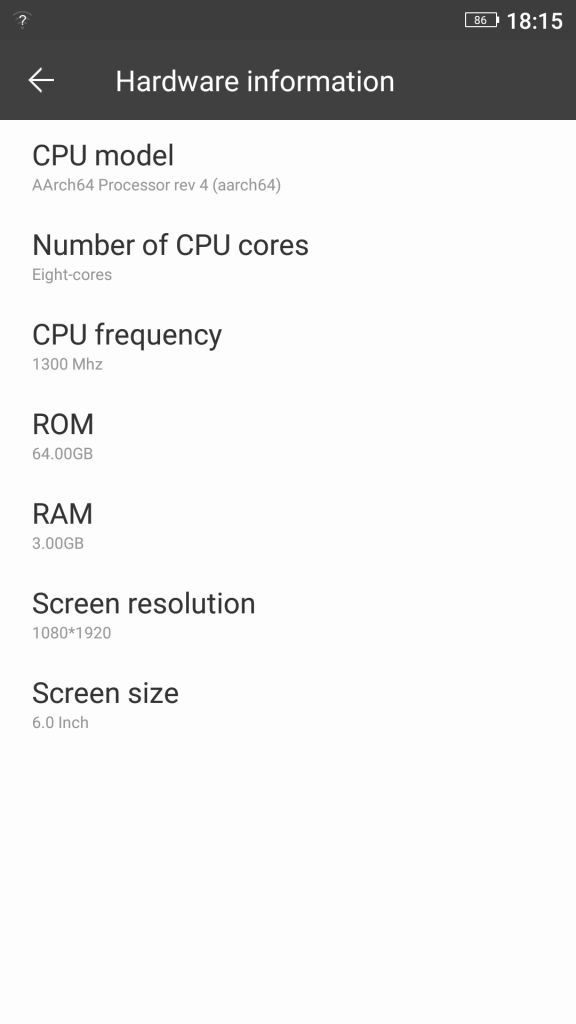 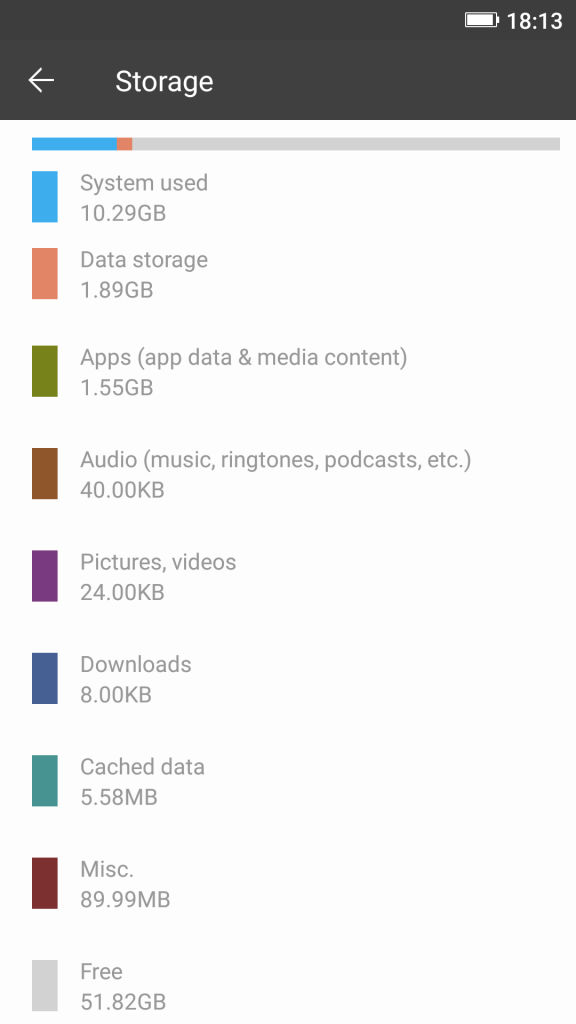 The Marathon M5 Plus features an octa-core MediaTek MT6753 processor at its core, paired with 3GB of RAM. The storage on board is a generous 64GB, out of which approximately 52GB is available out-of-the-box. The dedicated microSD card slot lets you expand the storage by an additional 128GB. When we started using the Marathon M5 Plus, we found the performance to be smooth and zippy. Over the span of the next few days however, when we installed more apps and started using the phablet extensively, lags and freezes started to creep in. There was more than one instance when the phone became unresponsive, requiring us to wait for a few seconds before we could use it. There were also noticeable delays when switching between apps or swiping and scrolling, and this could be attributed to Amigo UI, which is a very heavy skin. These performance issues aren’t widespread, but they do tend to crop up on occasion. 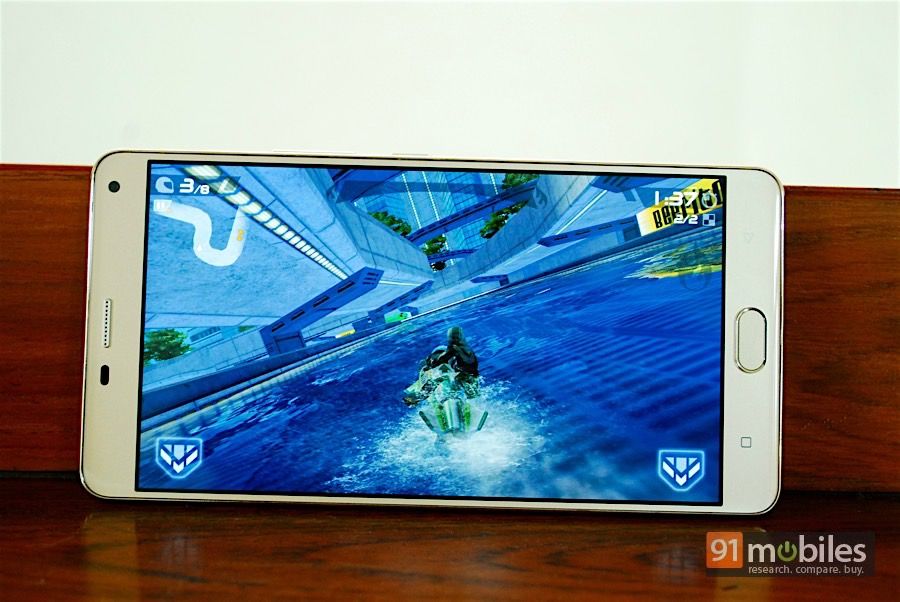 As far as gaming is concerned, the M5 Plus could handle games like Riptide GP2 without any frame drops or freezes. The large screen is an advantage here, with the AMOLED display magnifying any sort of media consumption. 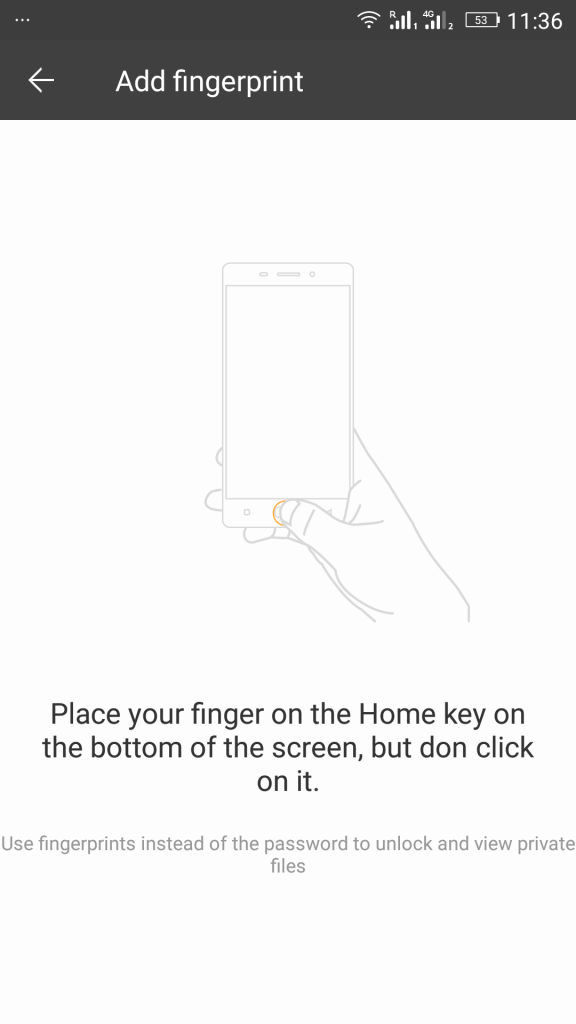 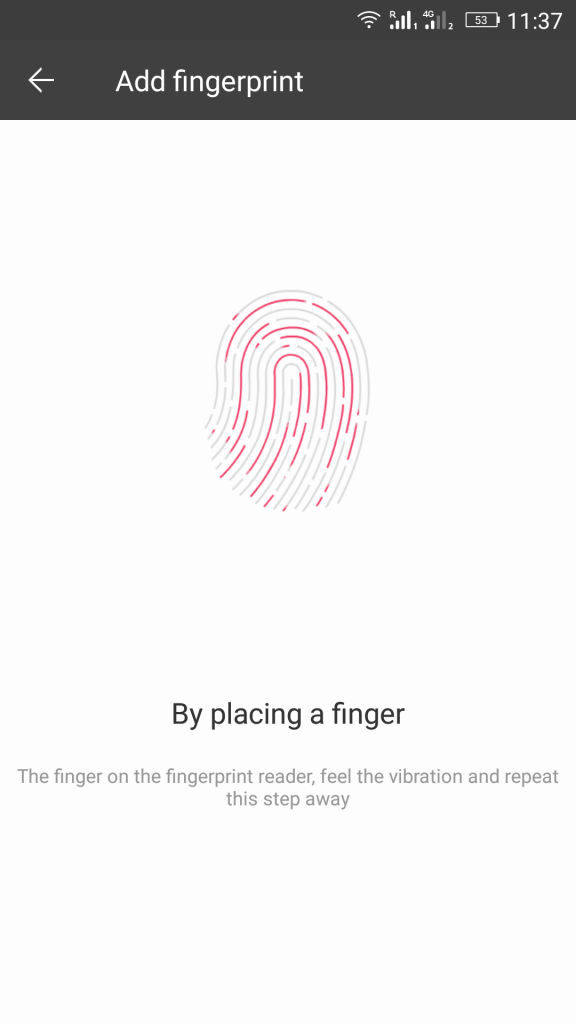 One of the key features of the Marathon M5 Plus is its fingerprint sensor, which is located in the home button. While the fingerprint sensor itself is accurate enough, we have a problem with the placement. For a 6-inch smartphone, having the sensor in the front makes no sense at all, unless you tend to keep your phone on a desk in front of you most of the time. It’s not within easy reach of your finger, and trying to unlock it sits the phone precariously in your hand, and also increases the chance of your fingerprint not being registered. A placement on the back panel, somewhere in the vicinity of the Gionee logo would have been ideal. 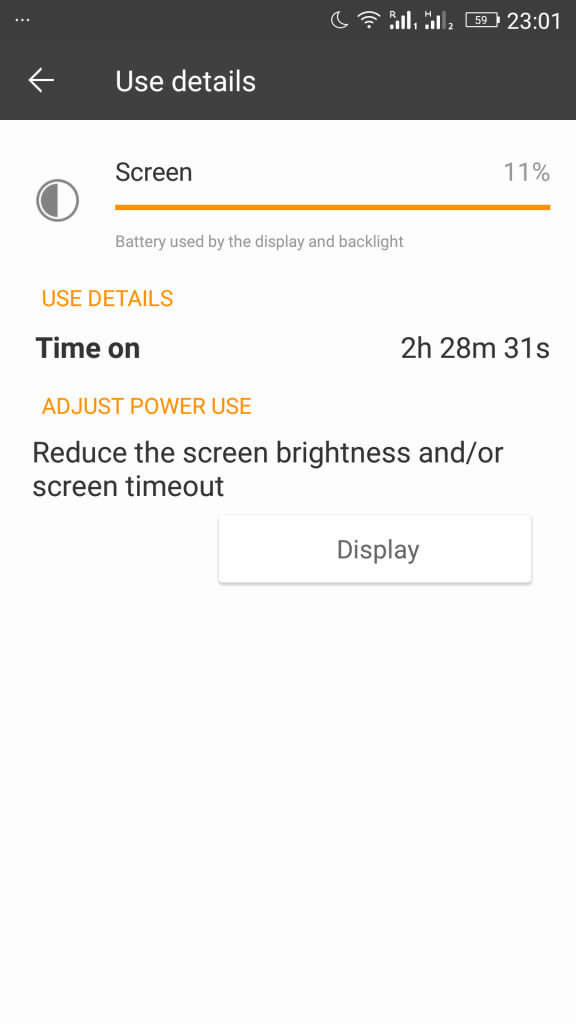 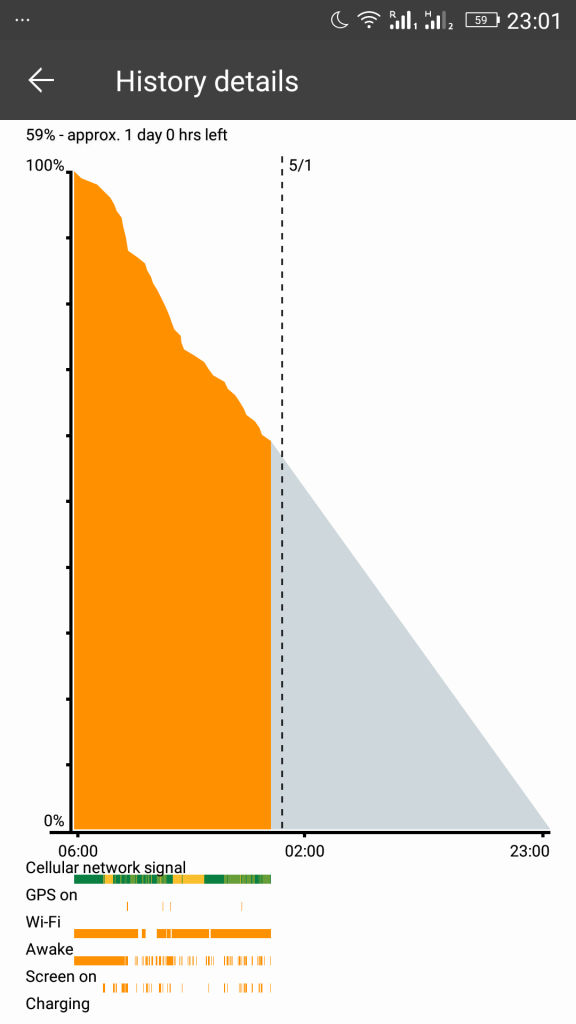 The battery life of the Marathon M5 Plus is obviously one of its standout features. With a 5,020mAh unit, you can rest assured that you’ll get through an entire day of heavy use without worrying about carrying your charger. We used the device with both SIMs inserted, and our usage included calls, using the camera, and apps like WhatsApp, Slack, Facebook, Twitter, Instagram and more. We usually managed at least a day and a half of use before requiring a recharge. In our video loop battery drain test, the smartphone lasted for 13 hours and 3 minutes, which is a great result. The M5 Plus comes bundled with a quick charger, but we found it took a long time to recharge – over four hours.

In terms of connectivity, the M5 Plus features dual-SIM with 4G and VoLTE support, which should please any prospective buyers looking to switch to Reliance Jio’s network. The other connectivity options remain standard – Wi-Fi 802.11ac, Bluetooth 4.0 and GPS. 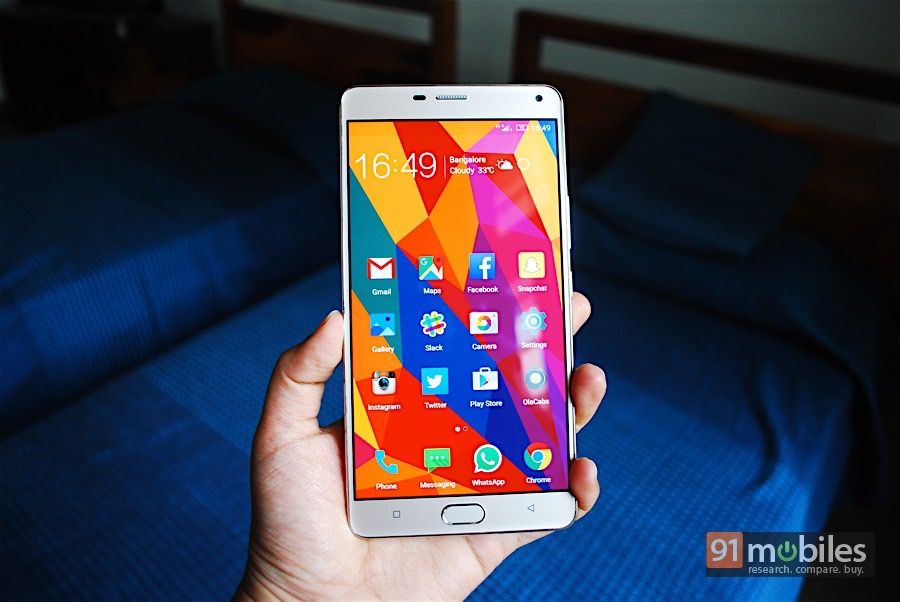 Gionee has tried really hard to make the Marathon M5 Plus a desirable option in the big-battery segment. And in many ways, the company has succeeded. The metal body, fingerprint sensor, stunning display, good battery life and decent cameras work in its favour. There are some caveats though, namely in the slightly sluggish performance and location of the fingerprint sensor. The 6-inch screen size also weeds out a chunk of the user base, and we can’t help but feel that the M5 Plus would have been more mainstream if it stuck to a 5.5-inch display. But that isn’t the biggest issue here. The M5 Plus is priced at Rs 26,999, and given how aggressive the smartphone market is currently, that just doesn’t cut it. Gionee’s success model in India is different from other Chinese brands given its deep ties to the offline market, but even so, it’s a big asking price for what it offers. With competition like the Xiaomi Redmi Note 3 (review), MEIZU m3 note (first impressions) and ZUK Z1 (first impressions), it’s an uphill battle for the M5 Plus. All these devices offer a battery capacity of 4,100mAh, along with great specs and more importantly, much more affordable price tags. Unless you’re specifically looking for a big-screen device, it’s hard to recommend the Marathon M5 Plus.