Home Feature Here’s how MediaTek is playing a pivotal role in advancing the mobile... 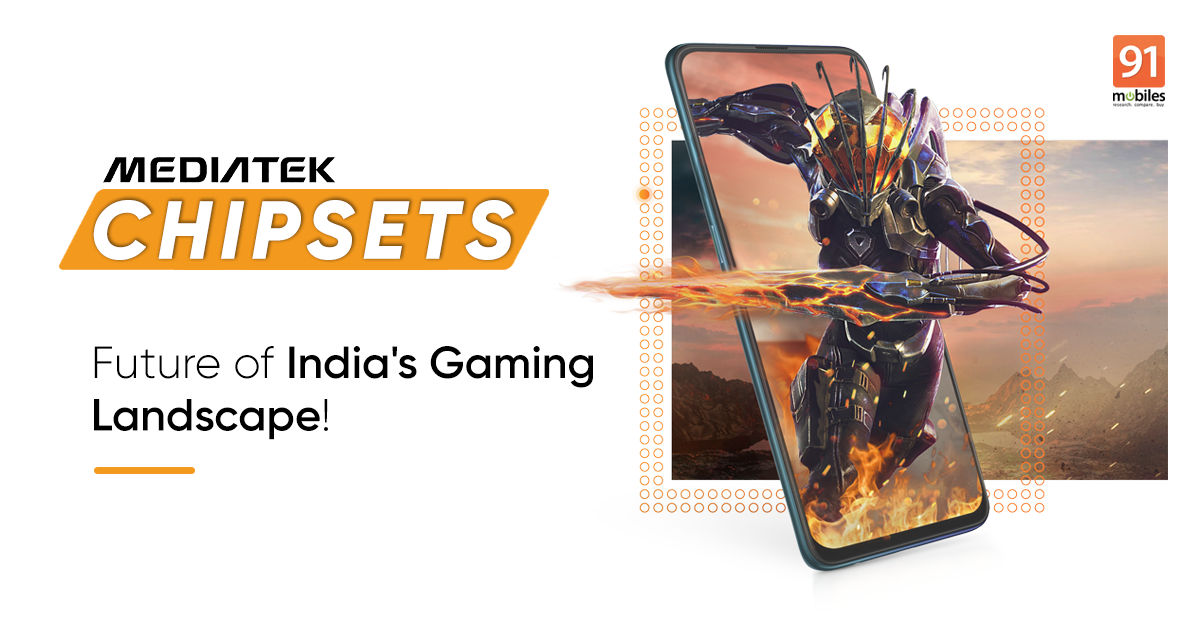 For the past few years, phones equipped with MediaTek chipsets have been synonymous with smooth gaming performance. Powerful base hardware is one of the primary reasons for the same. The chipmaker ensures that it meets the demanding needs of gamers with its vast portfolio of SoCs, right from MediaTek Helio G99 to top-of-the-line MediaTek Dimensity 9200. Furthermore, a major portion of the credit also goes to the various technological innovations that help enhance the overall gaming experience. These features have since become USPs for MediaTek chips and have uniquely influenced the mobile gaming community. In this article, we’ll discuss how MediaTek has and is still playing a pivotal role in advancing the gaming ecosystem in India.

The rise of mobile gaming in India

When India saw its 4G boom, there was a clear shift from casual games like Candy Crush Saga and Subway Surfers to more graphics-intensive games such as World of Tanks Blitz, Garena Free Fire, and more. These games not only required SoCs with powerful graphics but also demanded reliable connectivity. This was the time when MediaTek chipsets took the market by storm. By offering powerful high-end chipsets at all price points, the company helped lay the foundation for a new era in mobile gaming. The following years saw a multitude of powerful 4G smartphones in the market that developers could freely create graphically intensive multiplayer games. And this led to the rise of titles such as Apex Legends, Call of Duty Mobile, PUBG: New State, and the likes. 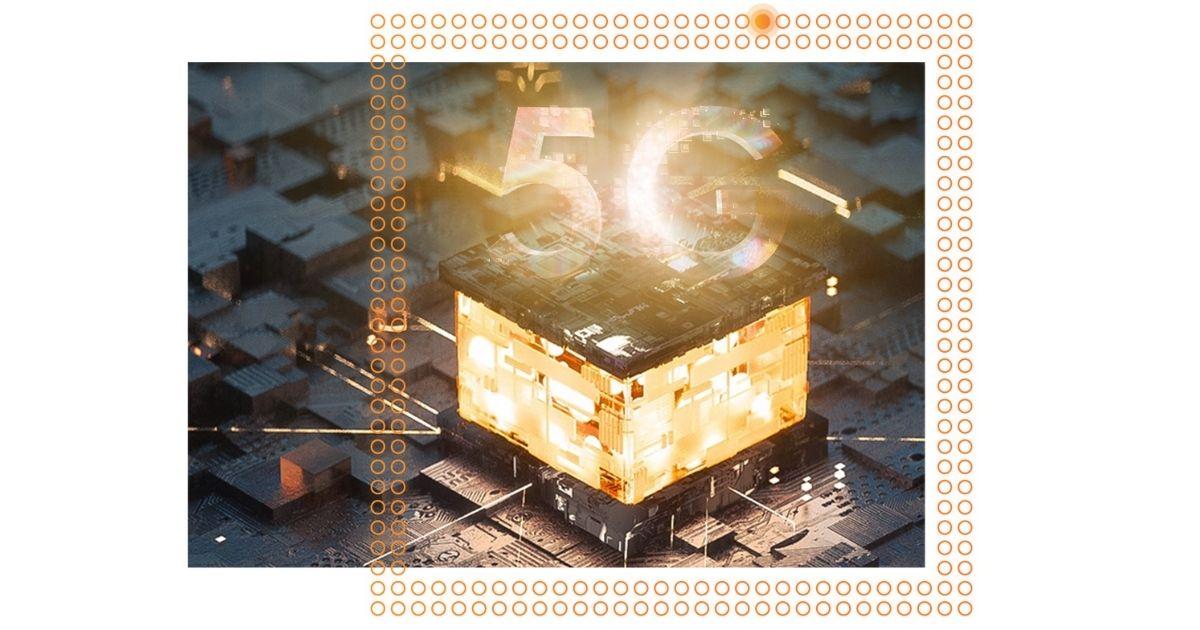 Now, the era of 5G has dawned in other parts of the globe, and next-gen networks have started rolling out in the country. MediaTek is once again the front-runner here, empowering smartphone manufacturers to deliver 5G-ready smartphones through its MediaTek Dimensity series of chipsets. With MediaTek Dimensity 5G chips, the company has ensured that the transition from 4G to 5G in India will be smooth and effortless. All of the 5G-capable SoCs from MediaTek are primed to shape the market landscape and take things to the next level when it comes to mobile gaming.

Gamers traditionally fall in the power users category, and meeting their requirements is often a challenging task for silicon suppliers and smartphone makers. One of the major concerns for these users is the frame rate drop while playing games, which can spoil the entire experience. While the capable processors from MediaTek already ensured that gamers don’t face this issue, the brand didn’t just stop at this. Both its Helio G series and Dimensity chips come with a set of built-in technologies which work in tandem to deliver the best possible gaming experience.

For example, the company’s innovative Resource Management Engine ensures maximum performance by optimising the usage of CPU, GPU, and other processing elements to best suit the game being played. Not only does this lead to fast load times and an overall reliable experience, but it also enables the phones to offer stable frame rates. 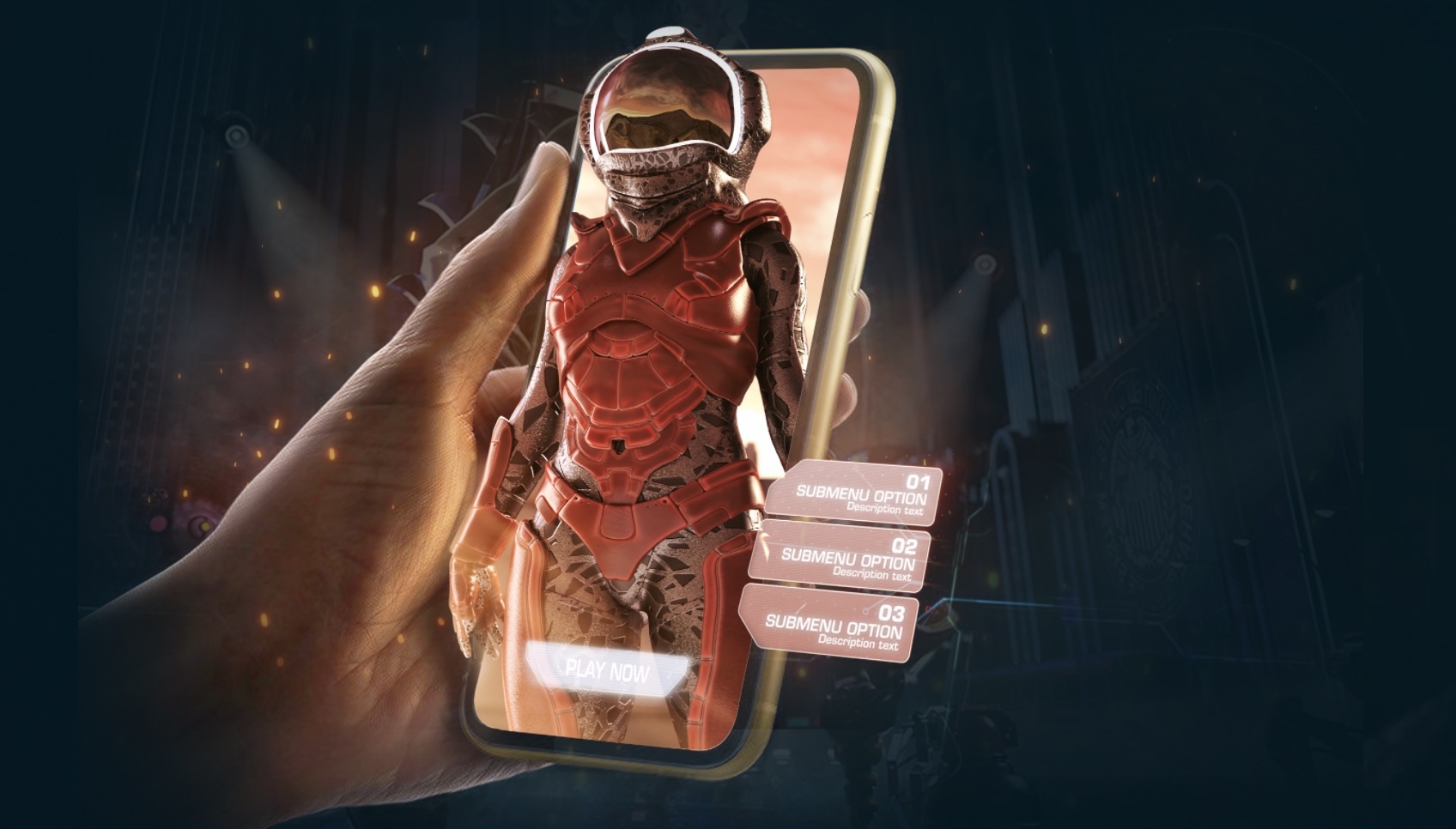 Intense gaming sessions call for quick reactions, and it can be the difference between a character dying or escaping in games. Over the years, touchscreens have improved and now offer much better touch response rates to enable these quick responses. MediaTek Rapid Response Engine technology proved to be a game-changer in this aspect by offering a direct, chip-level connection to such touchscreens at a minimum of 240Hz. It ensures that gamers experience the lowest latency and fastest response to their touch inputs, giving them a split-second edge to outgun the competition.

MediaTek Intelligent Networking Engine solves another major problem faced by gamers. It essentially uses multi-network concurrency based on the best connections available. This way, network latency has become a thing of the past, helping massively in the era of online multiplayer games. There’s also a feature that ensures that when someone receives a call on SIM 1, the 5G data connection on SIM 2 is utilised by the game to avoid network errors. Some other functionalities to improve the gaming experience include Picture Quality Engine, Frame Rate Smoother, and VRS (Variable Rate Shading) among others. 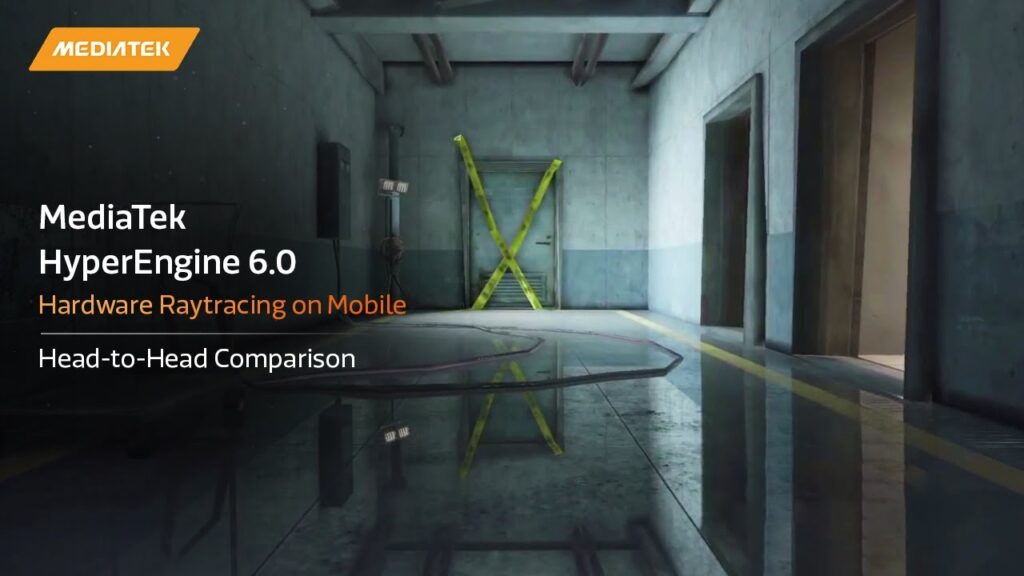 As we said, all these features are present on the latest MediaTek-powered phones across price points. All these systems are part of MediaTek HyperEngine gaming technology that boosts every aspect of smartphone gaming, as in this hyper-competitive online gaming world, every millisecond matters. Currently, in its 6th generation, MediaTek HyperEngine 6.0, allows gamers to benefit from low-latency 5G and Wi-Fi connections with intelligent multi-network balancing and attuned resource management that boosts and sustains FPS while also maximising battery life. MediaTek chipsets also take benefit of their power APU and deliver new AI-based imaging enhancements.

Such gaming-centric features have also helped MediaTek to sway gamers’ opinions. In a recent survey by CMR, four out of five gamers rate MediaTek highly for gaming performance. What’s interesting is that the preference for MediaTek and its chipsets has improved further when compared to 2020. 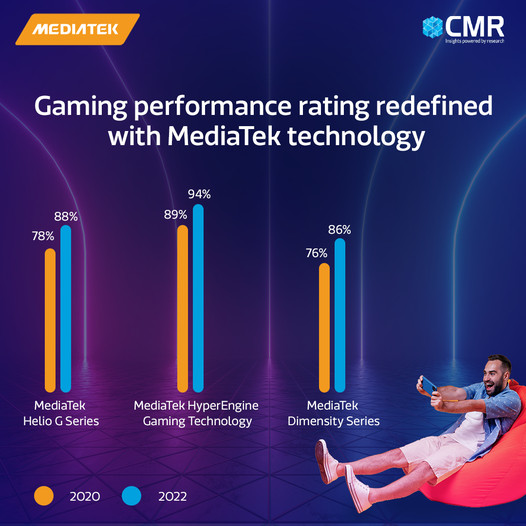 With the MediaTek Dimensity 5G Open Resource Architecture , OEMs can unlock the full power of MediaTek Dimensity chipsets and deliver outstanding gaming experiences. The best part is that, like MediaTek’s other efforts, the Dimensity 5G Open Resource Architecture program is not focused on gaming but rather, on enhancing the overall smartphone experience. MediaTek realised early on that as more and more smartphones started using its Dimensity chipsets, OEMs were finding it hard to differentiate their phones from their rivals.

With the help of MediaTek Dimensity 5G Open Resource Architecture, MediaTek has allowed smartphone brands to create outstanding flagship and premium 5G devices that deliver unique user experiences. The ability to fine-tune gaming performance is just a part of a big package. 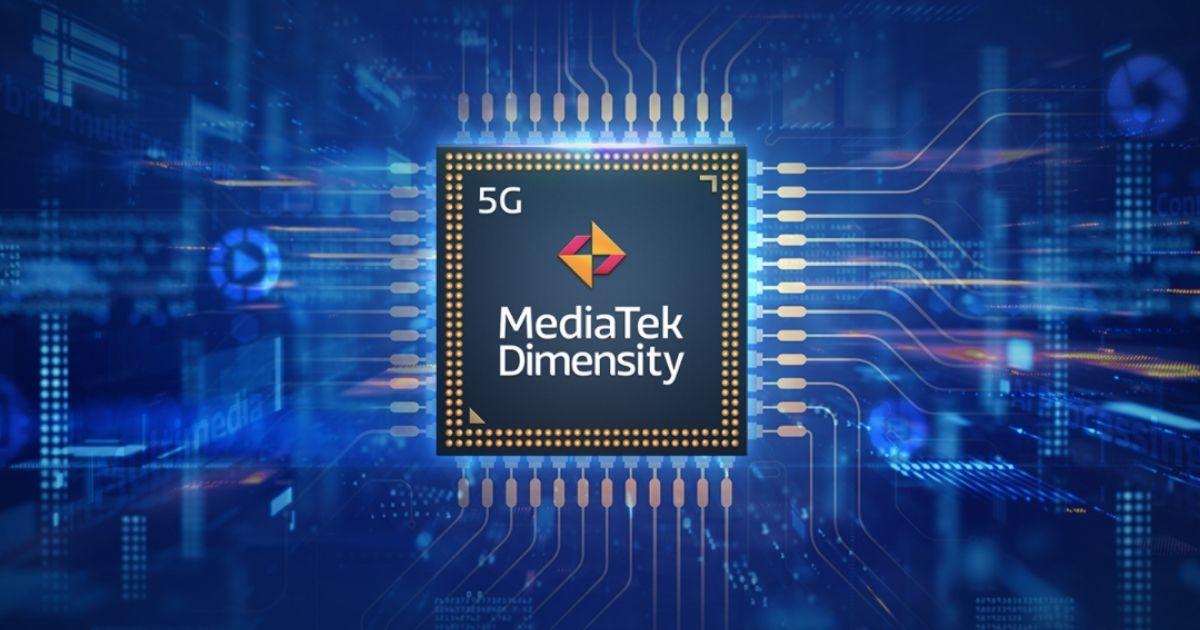 As you might know, how a smartphone performs depends not only on the raw power of the chipset but also on how the chipset is integrated with the rest of the phone’s hardware and software. MediaTek launched its Dimensity 5G Open Resource Architecture program that gives smartphone brands closer-to-metal access to customise features for cameras, displays, graphics, artificial intelligence (AI) processing units (APUs), sensors, and connectivity sub-systems.

The program allows smartphone OEMs to configure these sub-systems to deliver a customised experience tailored to their users’ lifestyles. For example, OEMs can customise the Hybrid Multiprocessing sub-system that gives them deep access to the central processing unit (CPU), graphics processing unit (GPU), deep learning accelerators, and visual processors, allowing them to match the performance and power efficiency of their smartphones with the software and services they want to deliver. Similarly, OEMs also get access to the Deep Learning Accelerator (DLA) found inside the MediaTek APU, which empowers them to improve precision, performance, and power efficiency. 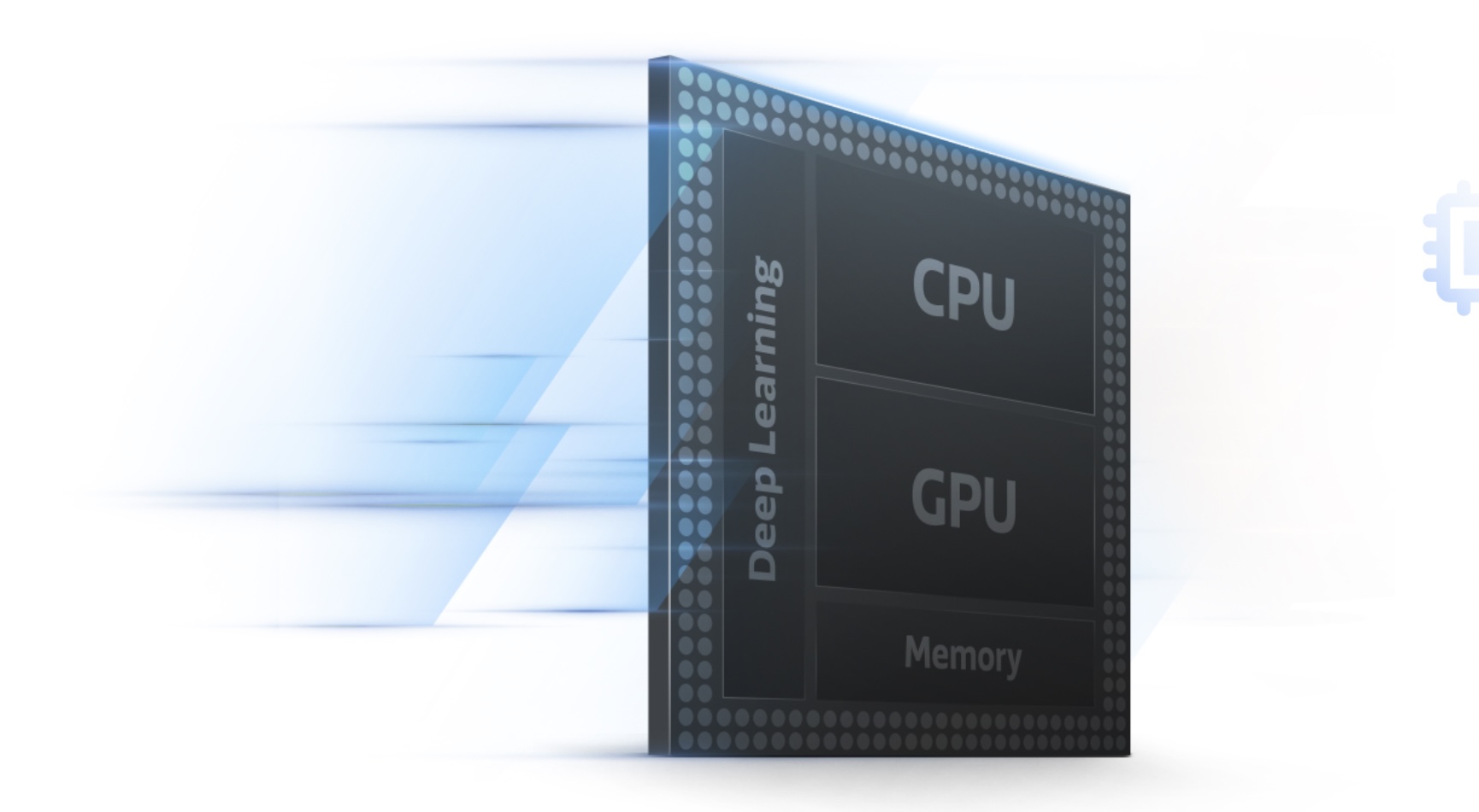 In its quest to deliver the best smartphone experience, MediaTek has developed a program that empowers smartphone manufacturers to create the best gaming smartphones in the market.

MediaTek chipsets are powering a wide array of phones in the market. These include premium flagships, high-end mid-rangers, and powerful yet affordable handsets. This kind of reach is made possible by the multiple solutions in all price brackets that the company offers. For instance, the MediaTek Helio G99 SoC brings forth a premium experience to affordable smartphones around Rs 10,000.

And then there’s the MediaTek Dimensity range that offers 5G support and powers some of the most lucrative devices in the market. These chipsets also blow the competition out of the water. In our tests as well, the MediaTek Dimensity 9000+ SoC managed to beat the Qualcomm Snapdragon 8+ Gen 1 in terms of benchmarks as well as gaming capabilities while keeping the thermals under control.

MediaTek hasn’t stopped there and is improving the chipsets further. The recently-launched MediaTek Dimensity 1080 SoC for example, offers a 6nm design for efficiency, a 4K HDR video engine, exceptional camera support, and much more. Similarly, the current top-end offering from the company is the MediaTek Dimensity 9200 chipset, which was launched just last month and is set to power the biggest flagships of 2023. Its cutting-edge tech challenges every other premium chip in the market. Built on the advanced 4nm process, it takes advantage of the latest Cortex-X3 cores along with being the world’s first chip with ARM Immortalis-G715 GPU. It also marks the adoption of MediaTek HyperEngine 6.0, which has plenty of new benefits for hardcore gamers to enjoy. 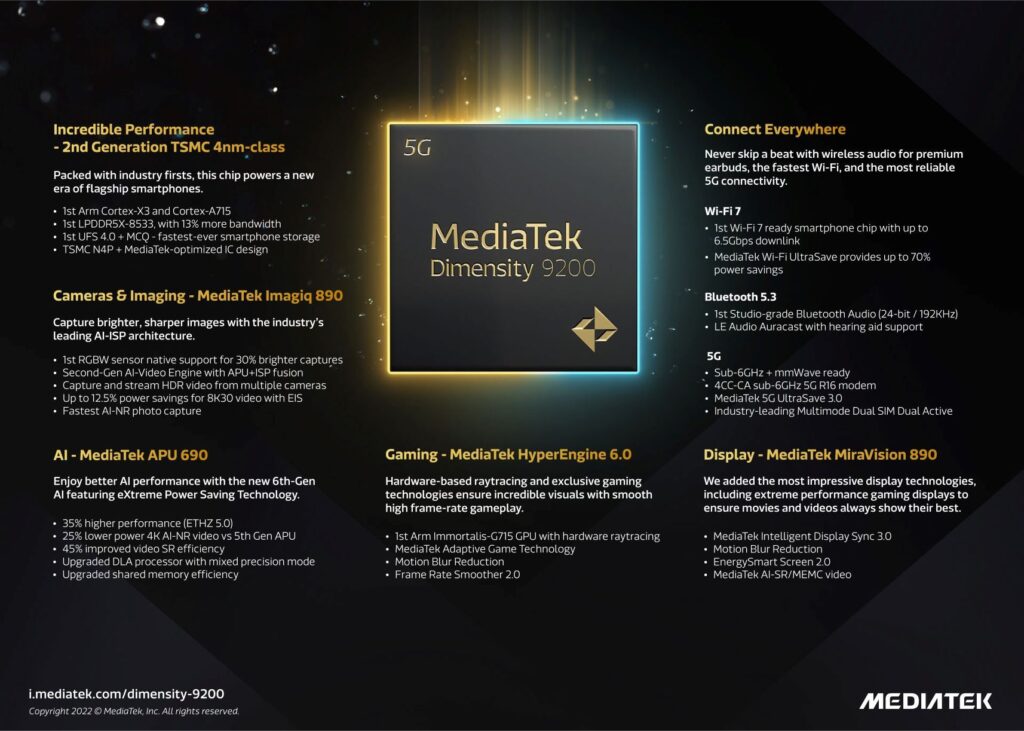 As we have mentioned, MediaTek chipsets’ excellent gaming capabilities are a side effect of the company’s continuous focus on improving the smartphone industry. Its SoCs come with a host of technologies aimed at improving the user experience of the everyday smartphone user. From supporting high refresh-rate display support to multi-camera setups to 5G connectivity, MediaTek is continuously working towards improving its hardware and integrated technologies for delivering the best smartphone experience to its users.

Another way MediaTek is furthering the cause of mobile gaming in India is by promoting mobile gaming tournaments. As you might know, game tournaments are held all over the world, with sumptuous cash prizes on offer for winners. MediaTek is one of the pioneer companies trying to bring the culture to India to promote the healthy development of the mobile gaming ecosystem.

Through the unhinged performance of its chipsets, MediaTek is also empowering game developers to unleash their creativity and produce awe-inspiring games. At the same time, it is giving a platform to mobile gamers around the country to not only show off their talent but also win grand cash prizes. Seeing such a holistic approach towards mobile gaming from MediaTek, it’s no surprise that the company has played a pivotal role in the positive advancement of the mobile gaming industry in India.

The dominance of MediaTek in the silicon space is clear for everyone to see at this point. It has only been possible due to its continued commitment to staying ahead of the curve. It has somehow managed to get the pulse of the market right and deliver exactly what’s demanded from it each time. There’s no doubt that gamers have been the main benefactors of this effort, but what impresses us more is that this has mainly been a by-product of MediaTek’s vision of delivering great smartphone experiences. A look back at the company’s journey proves that it played a leading role in developing and enhancing the mobile gaming ecosystem. And it is crystal clear that it will continue to do so in the future.

At India Mobile Congress 2022, MediaTek showcased its 5G leadership as well as the range of devices it powers

How MediaTek Kompanio chipsets are taking Chromebooks to the next level