In the Indian smartphone market, the budget segment is probably the most crucial category for any company, as things can often get quite competitive at the lower end of the price spectrum. Does the new entrant to this segment, the Infinix Hot S3, have what it takes to compete against the recently-launched Xiaomi Redmi Note 5 (review)? Read our review to find out. 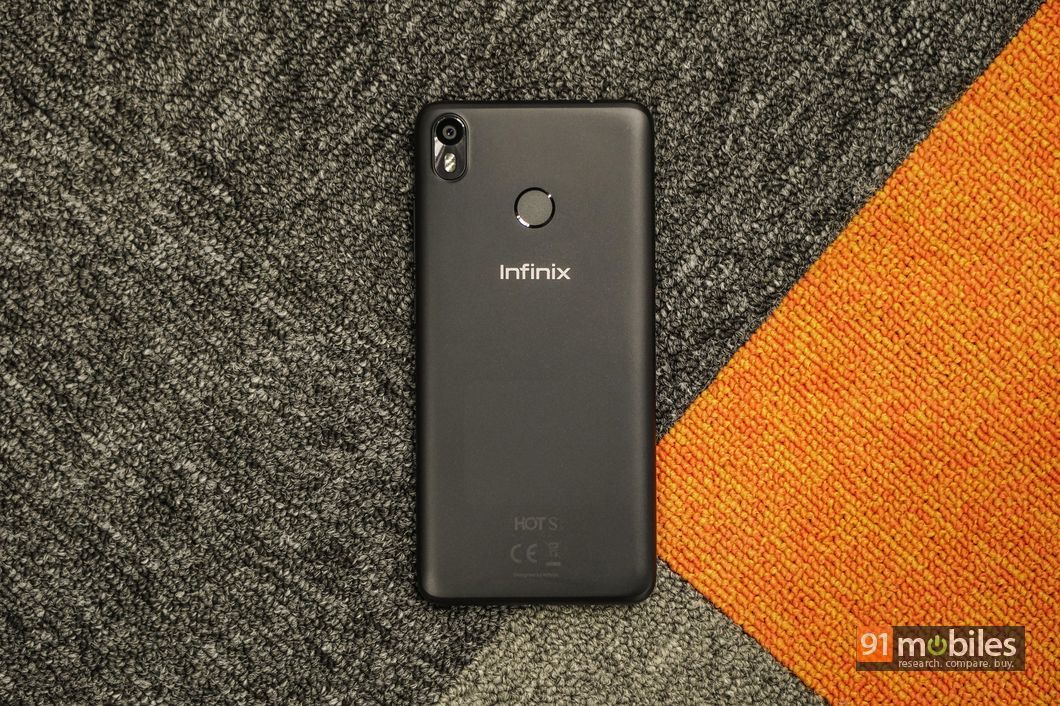 If we talk about the design on the Infinix Hot S3, it is one of the strongest points in favour of the smartphone. If you were to guess the price of the handset by simply looking at its design, in all likelihood, you would not able to tell that the Hot S3 is priced below Rs 10,000. Despite having a plastic build, the matte black finish feels good in the hand, and while the handset is prone to fingerprints, it never feels slippery. The rear camera setup comes with a very slight bump, but the handset doesn’t wobble when kept on a table, unlike some other phones. 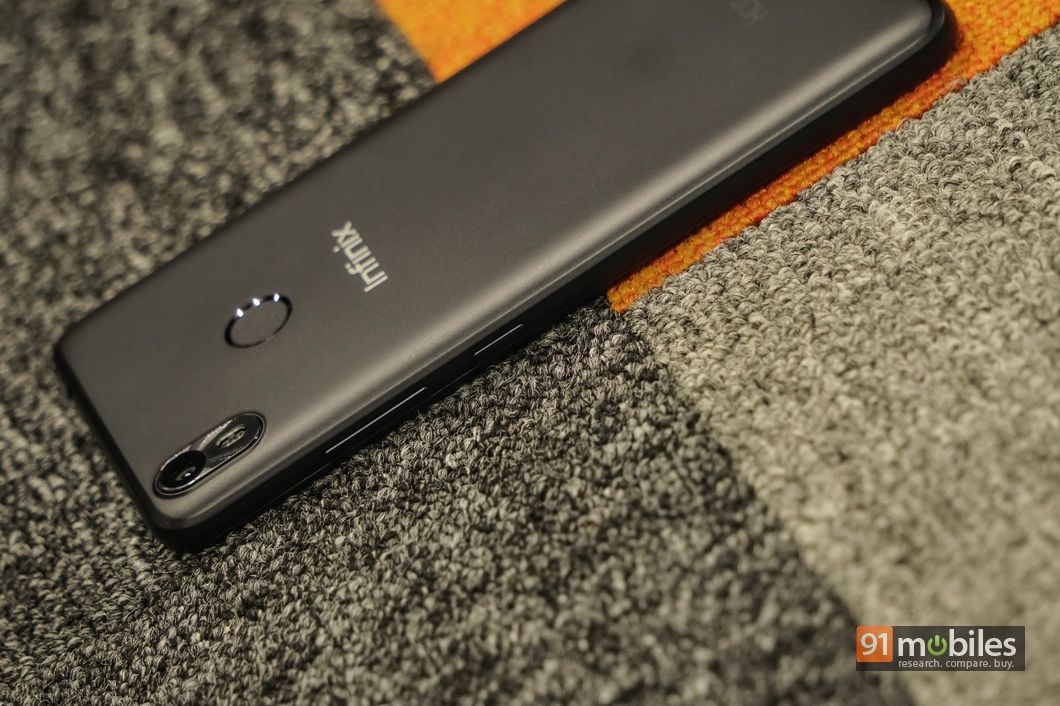 The fingerprint sensor is located at the middle of smartphone’s back and is easily accessible. The Infinix Hot S3 comes with on-screen buttons instead of capacitive keys for navigation, much like most recent smartphones. The headphone jack is present at the top of the smartphone while the micro-USB port and power buttons are respectively placed at the bottom and right side of the Infinix Hot S3. The volume rocker is placed just above the power button. The latter is textured, which is a nice addition that will be appreciated by most users. 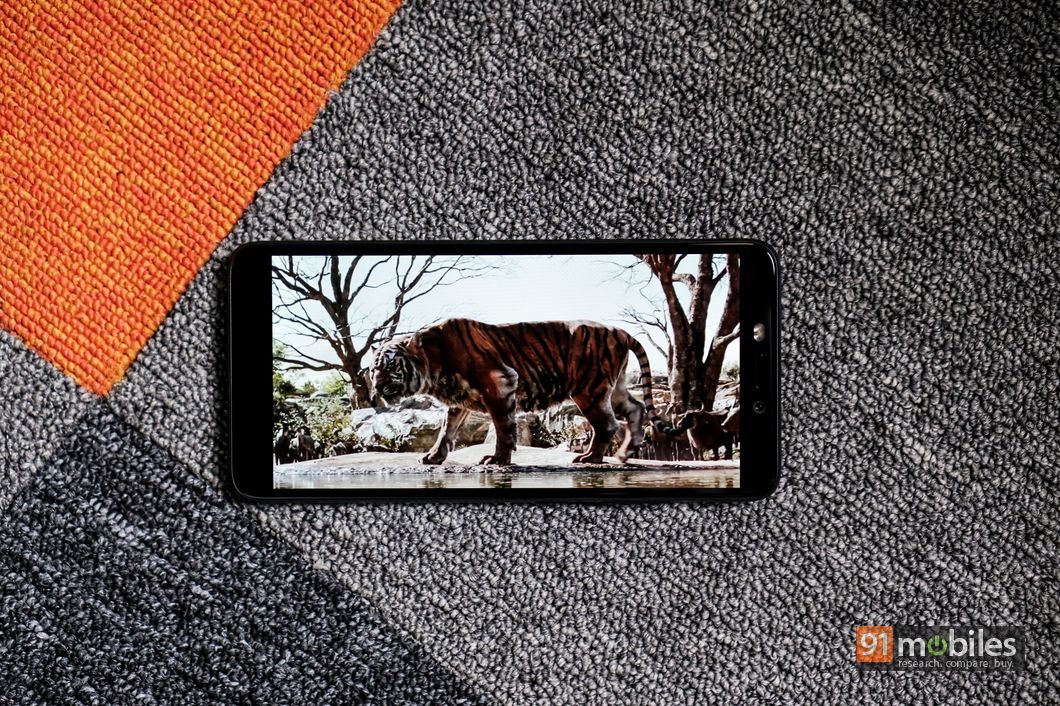 Moving to the display, the Infinix Hot S3 packs a 5.65-inch display with the taller-than-usual aspect ratio of 18:9, which is now becoming standard even for budget smartphones. The display comes with a screen resolution of 1,440 x 720 pixels, good viewing angles, and narrow bezels at the top and bottom. We found the display on the smartphone to be impressive, especially for its price segment, and noticed that it manages to hold up well even in bright sunlight. Notably, the colours do not look washed out unlike some of the other handsets available in the budget segment. 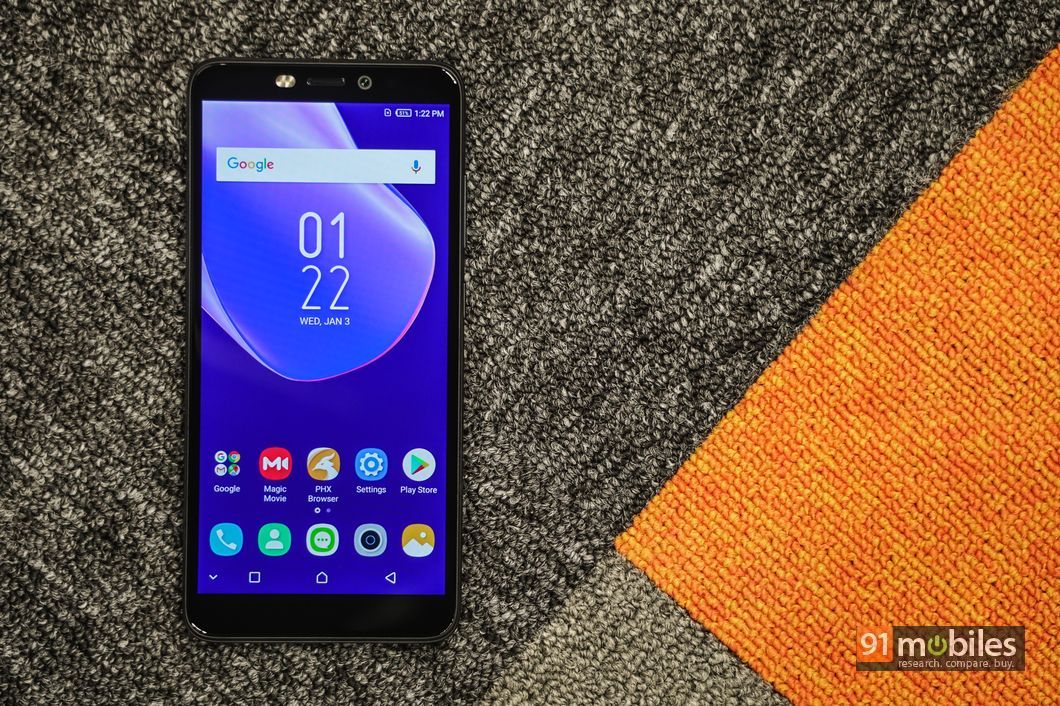 The Infinix Hot S3 sports a single 13-megapixel sensor that turned out to be impressive in our testing. The smartphone managed to click extremely good pictures, especially in outdoor environments. Unfortunately, the Hot S3 failed to replicate the same kind of performance in low-light settings, capturing images that looked grainy. Considering that it is a budget segment smartphone with just this one caveat, this is something that can possibly be given a pass. 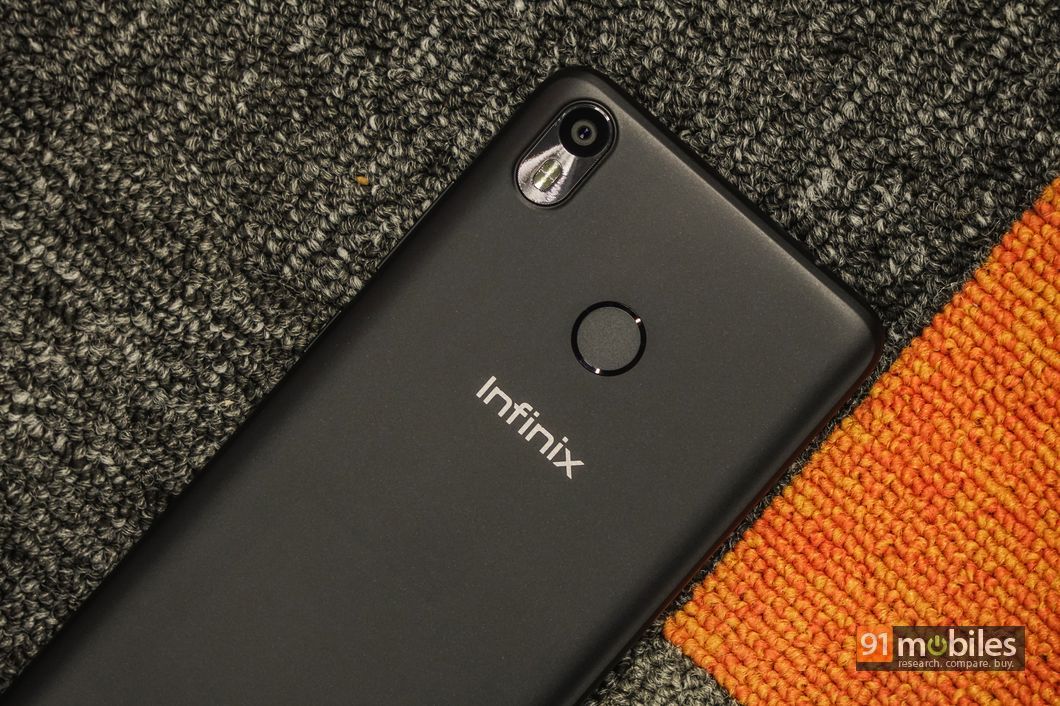 However, the 20-megapixel front camera on the Hot S3, that comes with its own LED flash, pleasantly surprised us with its performance. The front sensor on the smartphone was consistently good and managed to capture some brilliant shots with excellent details. In the default camera app, the handset offers the option to adjust white balance, exposure, ISO, and shutter speed with the manual mode. There is a toggle to switch HDR mode on and off as well. You can check out the camera samples taken from the smartphone below.

The handset runs XOS3.0 UI based on Android 8.0 Oreo out of the box and the company has added some nifty touches to the OS. The smartphone offers a one-handed mode that can be useful while reaching the corners of screen in certain cases. There is a double tap to wake functionality and users can assign certain gestures to open particular apps from the lockscreen itself. For example, you can assign the letter ‘C’ to the camera app and then draw the letter on the lockscreen to launch the app directly. You can drag three fingers up or down to take a screenshot as well. The phone can also be switched to silent mode by flipping it to the other side. 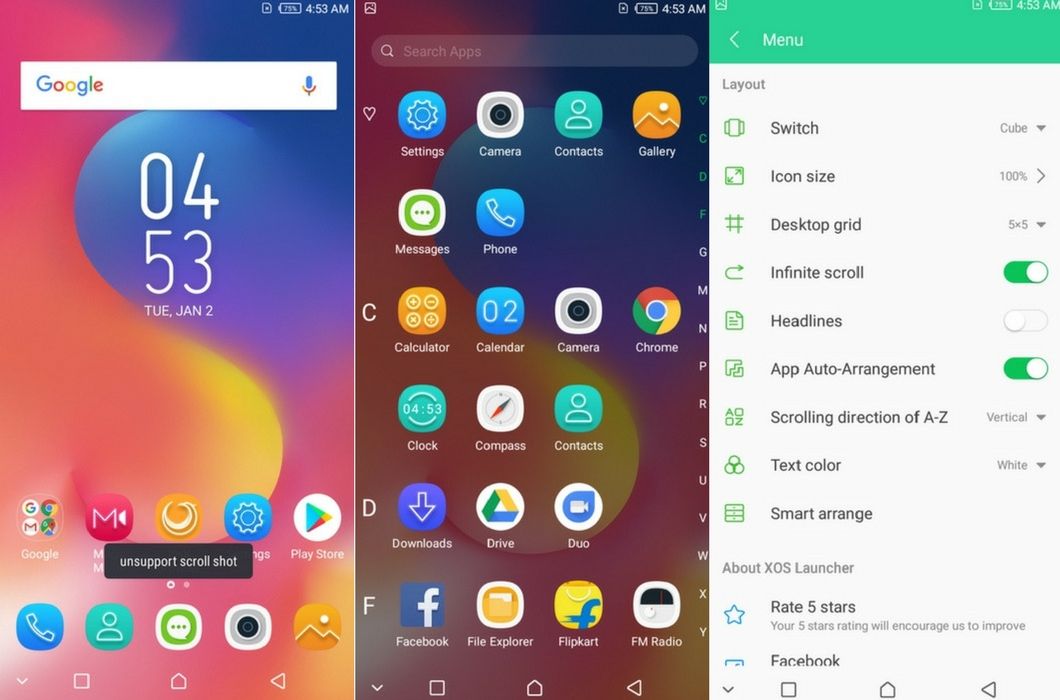 There is a blue-light filter that functions like the Night mode on the iPhone and is meant to reduce eye fatigue. There are options for capturing screenshots, screen recording, and screen casting in the quick settings itself, which can be simply pulled down from the home screen. We did face some lag issues while initially navigating through the UI but once we changed the default theme, the smartphone’s interface became incredibly smooth. The pre-loaded apps on the Hot S3, including the Phoenix browser and the XTheme, feel like unnecessary additions to an otherwise clean platform. 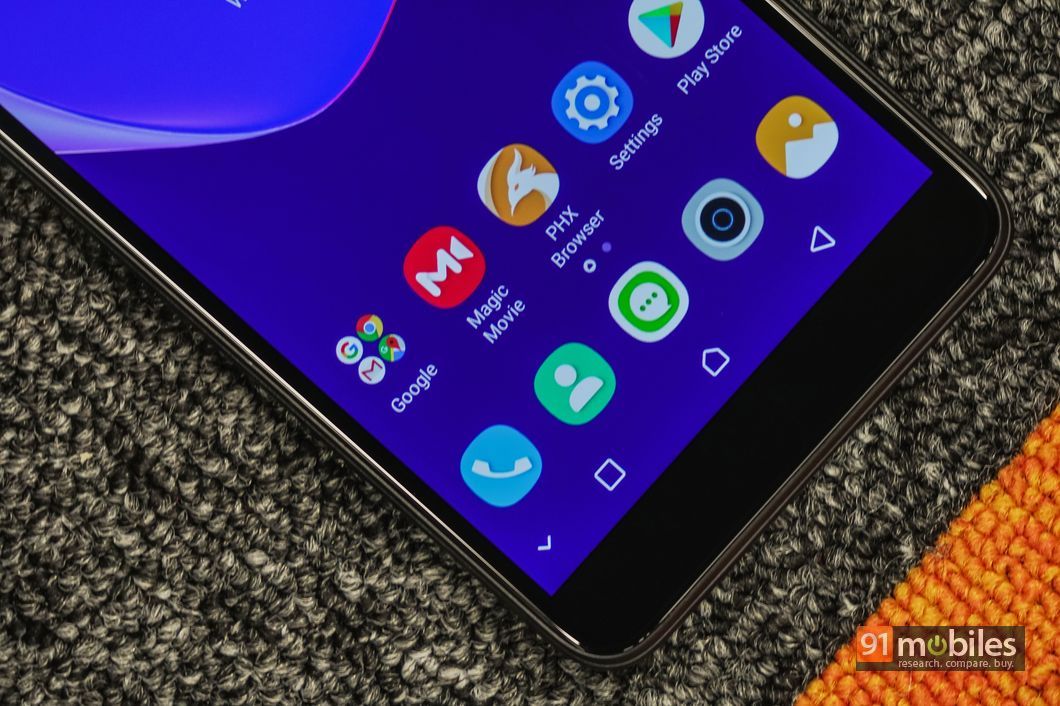 The Infinix Hot S3 is powered by a Snapdragon 430 processor coupled with either 3GB or 4GB of RAM. Our review unit came with 3GB RAM. In our testing, the Hot S3 managed to exceed our expectations and handled graphically intensive games such as Asphalt 8 and Tekken with ease. Despite playing games on the handset for several hours, we didn’t face any major heating issues. 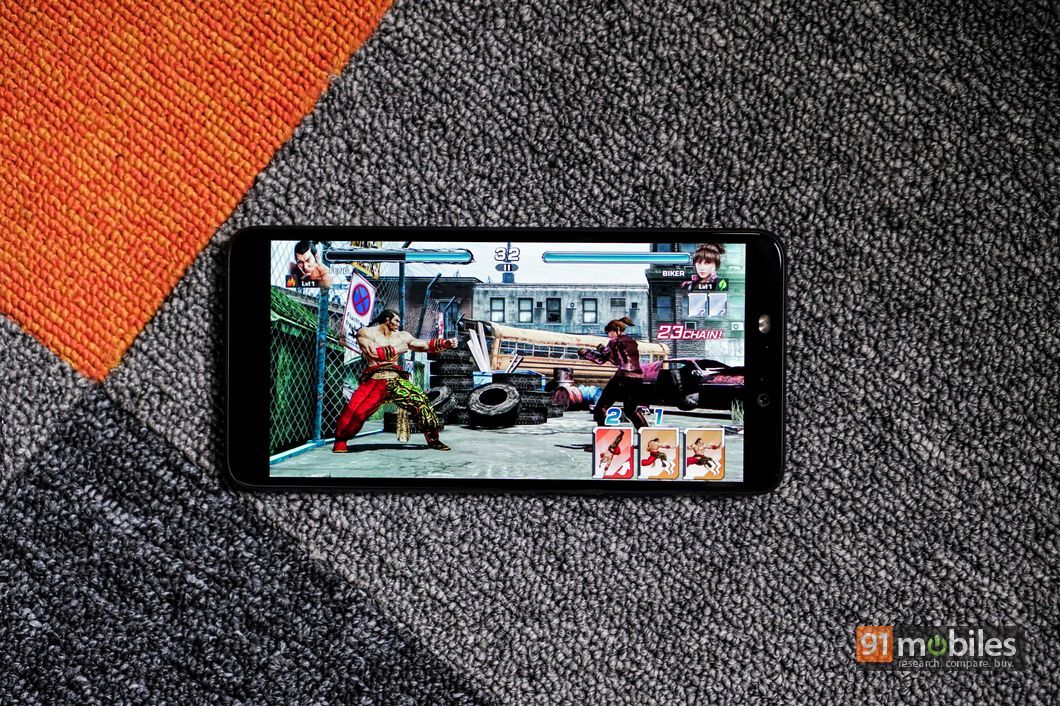 The Infinix Hot S3 packs a 4,000mAh battery that manages to last a full day with normal usage.In our battery test, where we play an HD video on loop, the Hot S3 managed to last around 13 hours on a single charge. However, we would like to point out that in standby mode, the battery retention is not quite as efficient as you might hope, and drains at a quick rate in comparison to some of the other budget smartphones. While the loudspeaker on the handset does get pretty loud on high volumes, the audio quality is not quite impressive. 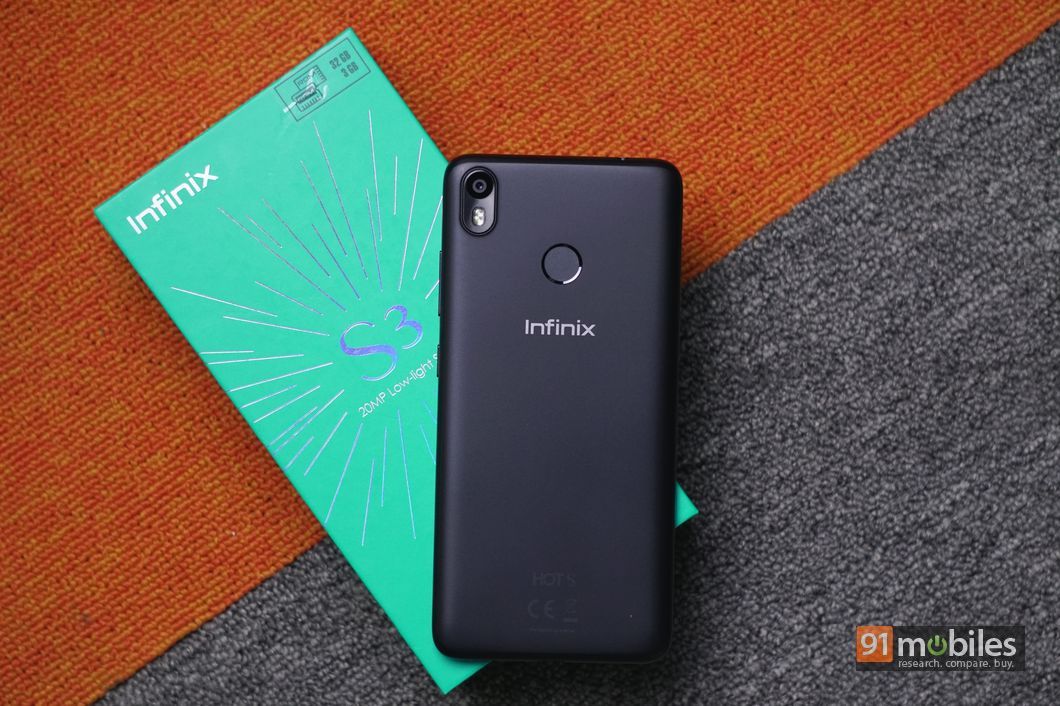 Overall, the Infinix Hot S3 presents itself as a very good all-round package for its price. The handset comes with a good display, above-average selfie camera, great performance and decent battery life. With a starting price of Rs 8,999 (3GB RAM variant), the Hot S3 will be competing against the likes of Xiaomi Redmi Note 5 and InFocus Vision 3 (first impressions) in the sub Rs 10,000 category. While the Hot S3 is a compelling new option in the budget segment, whether will it be able to beat the Xiaomi Redmi Note 5 is something we will have to wait and see.