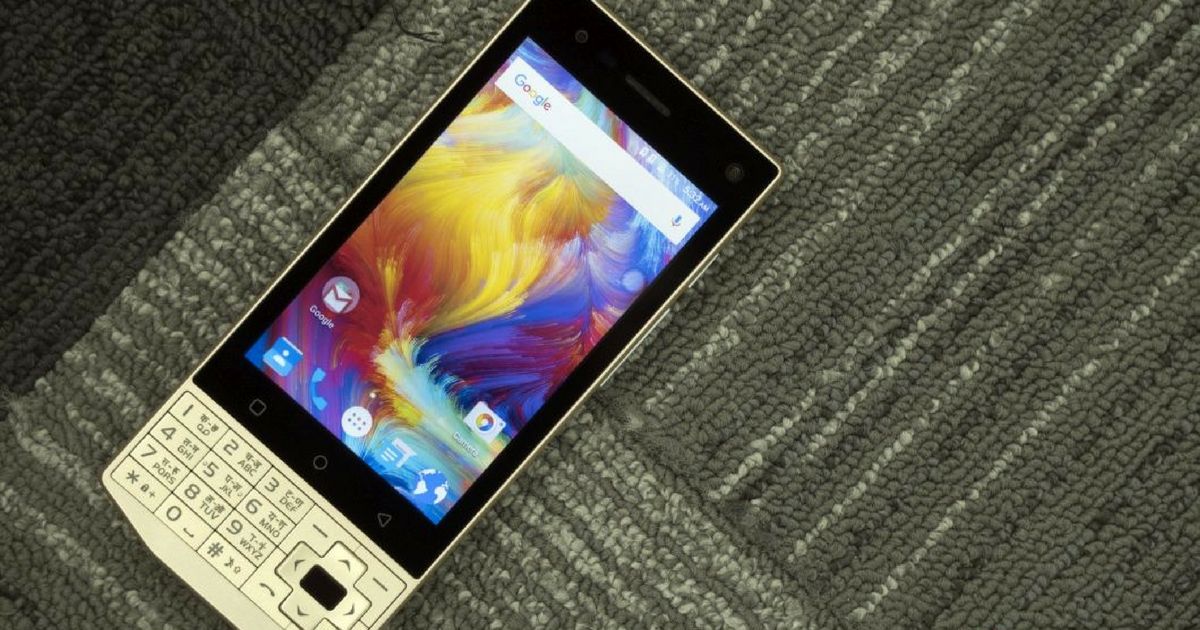 “The Revolution TnT3 offers a T9 keypad along with a touchscreen”

There is no doubt that there’s a rat race going on in the entry-level 4G VoLTE segment in India. Ever since the Reliance JioPhone (first impressions) launched in the country, handset makers and even telecom operators are coming up with their own offerings to rival it. In such a scenario, brands need to come up with unique devices to stand out. And that is exactly what local handset maker – Jivi has managed to do with its Revolution TnT3. The newest smartphone brings the touch-and-type experience to the entry level with a capacitive touchscreen display and T9 keypad accompanied by a D-pad on the side. The Jivi Revolution TnT3 sports a plastic build with a faux leather panel on the rear. There is a fingerprint scanner just below the rear camera module, which makes it one of the most affordable smartphones to come with one. Coming to the spec sheet, the Revolution TnT3 ships with a 4-inch WVGA touchscreen display, and gets a 1.3GHz quad-core processor, mated to 1GB of RAM under the hood. There is 8GB of storage on board, which can be further increased by up to 64GB using a microSD card. For photography, there is a 5-megapixel primary shooter at the rear and a 2-megapixel selfie snapper, both accompanied by LED flash units. There is a 2,300mAh battery unit powering the handset. The connectivity options include 4G LTE, VoLTE, dual-SIM slots, Wi-Fi, Bluetooth and GPS. The phone runs stock Android Nougat, and can be operated both via touch as well as the D-pad.

Now let’s get a 360-degree look at the Jivi Revolution TnT3 via the images embedded below.

Jivi has priced the smartphone at Rs 3,999 and it’s also offering a complimentary screen protector and a clear hard case in the retail box. Available in three colour combinations – gold with black, red with black, and silver with black, the Revolution TnT3 can be picked up from both offline and online stores across the country.