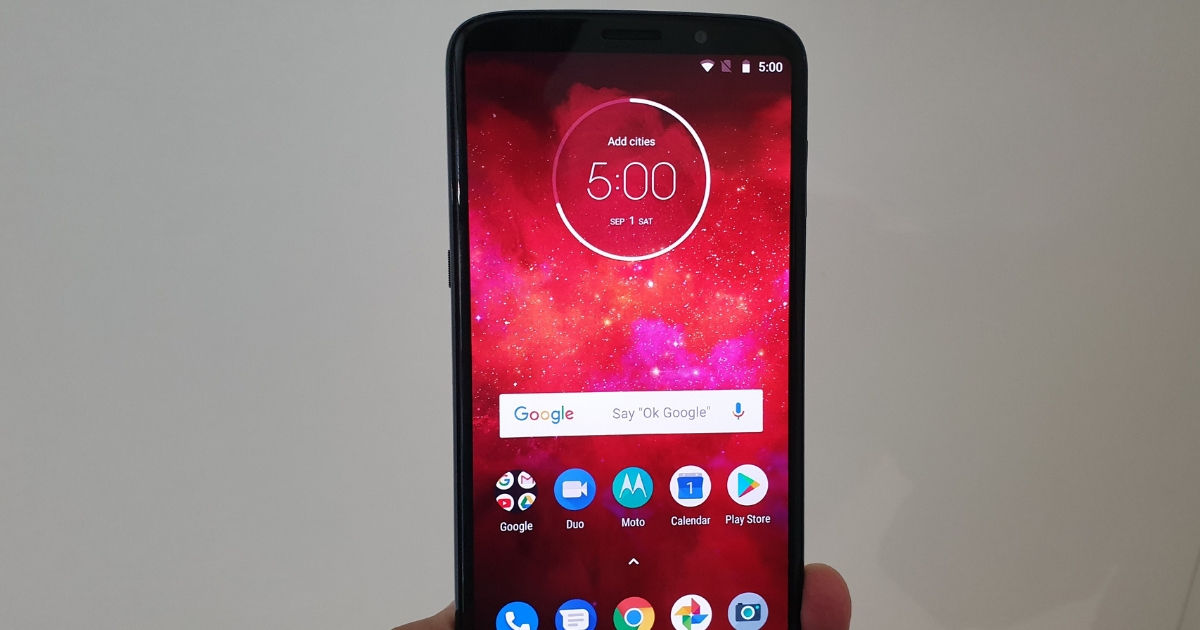 Moto’s Z series is known for its semi-modular capabilities – allowing users to expand the functionality of the smartphone by attaching various mods. The brand has launched several smartphones in the range, along with expanding the presence with mid-range ‘Play’ variants and adding shatterproof versions in the form of the ‘Force’ models. This time around however, the brand introduced the Moto Z3 Play (in June) before introducing the third-gen Moto Z. Considering that the Z3 is exclusive to the US, we can expect the Z3 Play to come to other regions as well. While we’re waiting for that, let’s take a look at what the device brings to the table.

If you’ve seen a smartphone in the Moto Z range before… you’ll find the Z3 Play to be a familiar sight with a slim frame, protruding cameras, and 16 magnetic pins at the back. So what’s different? For one, the smartphone follows the trend of tall displays, which allows it to offer minimal bezels around the sides and lesser bezels above and below the screen as well. 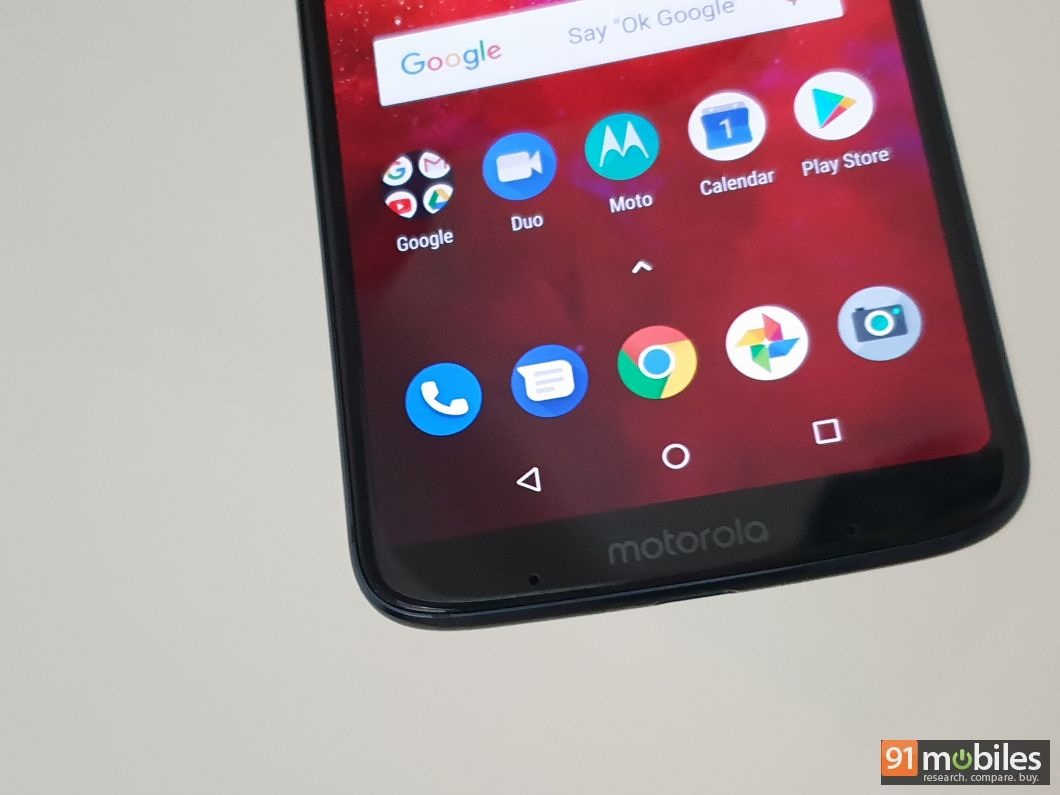 The bezel-less design also means that the phonemaker had to change the placement of the fingerprint sensor, which earlier used to be embedded inside the physical home button on the front. However, you won’t find the scanner at the back either. Instead, it sits flush on the right spine. It’s not really the same as Sony’s implementation, wherein the power switch doubles up as the fingerprint scanner, as the textured power key is now available on the left edge of the Moto Z3 Play. The volume buttons continue to be placed towards the right side.

Like the Z2 Play (review), the edges of the phone are quite sharp and we’d have liked them to be little more rounded to offer better in-hand feel. The smartphone offers a glass back, which looks premium, but at the same time, is a fingerprint magnet. With the protruding dual cameras, the module might get scratched easily, but they also provide a unique identity to the Z3 Play.

The display on the Moto Z3 Play is a 6.01-inch affair, which features a resolution of 1,080 x 2,160 pixels. The IPS panel offers vibrant colours with sharp text. 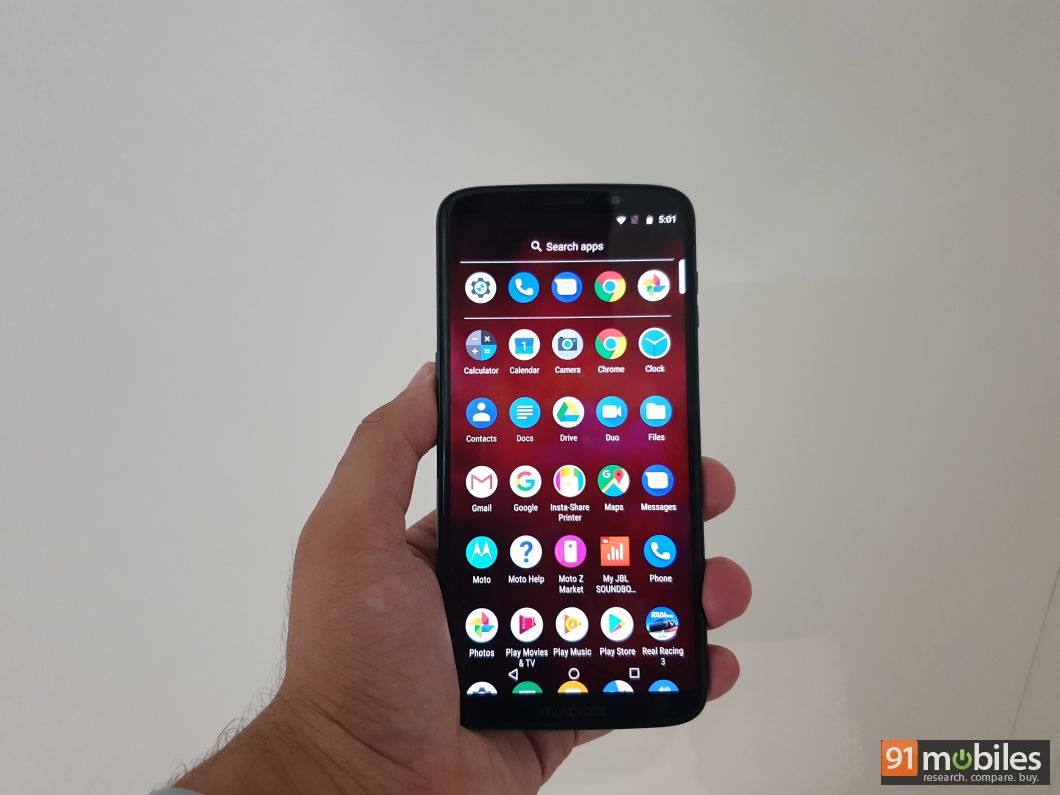 As with most mid-rangers these days, the Moto Z3 Play is equipped with Qualcomm’s Snapdragon 636 processor. The octa-core chip is paired with 4GB of RAM to ensure smooth usage. Combined with stock Android 8.1 Oreo, which only comes with Moto enhancements in the name of customisations, the phone seems to offer a snappy experience. For storage, the smartphone gets 64GB of memory onboard, which can be expanded up to 512GB with the use of a microSD card. 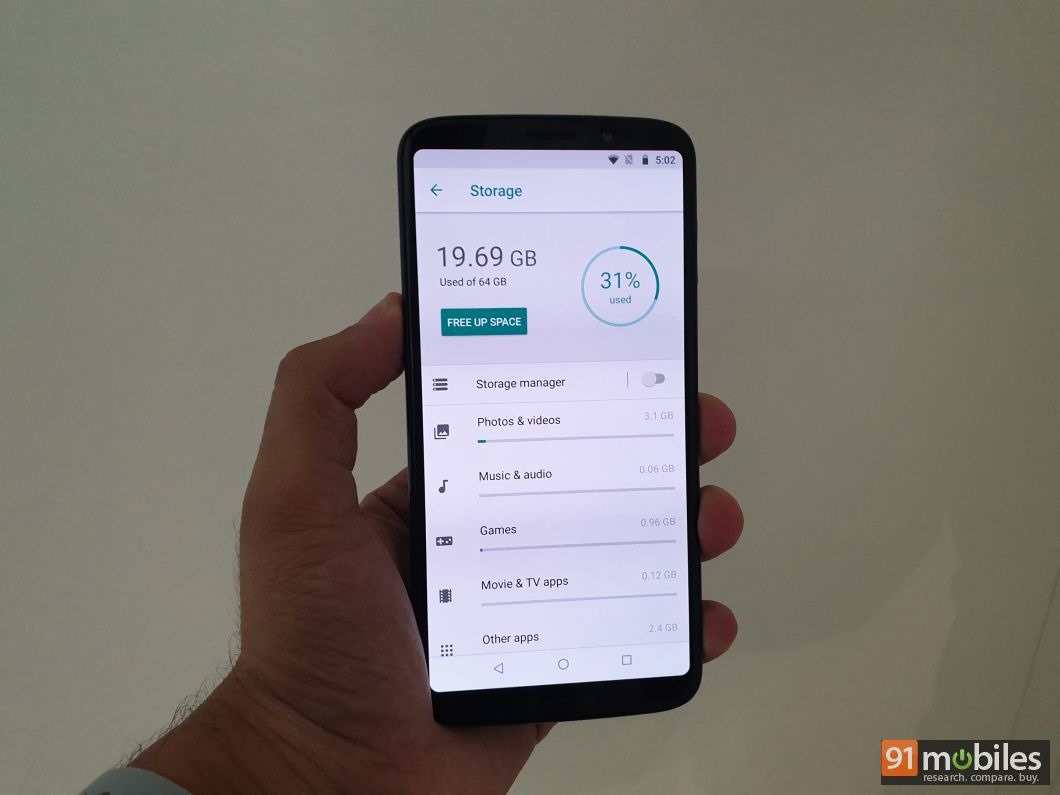 Moving on to the cameras, the Z3 Play features a dual 12-megapixel and 5MP snappers at the rear. The primary shooter offers an aperture of f/1.7 and comes with dual-pixel autofocus tech to let you focus on the subject quickly. At the front, the smartphone sports an 8MP sensor. Fuelling the Moto Z3 Play is a 3,000mAh battery, which doesn’t sound much, but should be able to offer a day’s worth of backup. The Moto Z3 Play carries a sticker price of $499 (~Rs 35,000), which is on the higher side. At this point, we don’t have any clue if the brand is planning to bring it to India. However, the Z3 Play doesn’t come across as a major upgrade over the Z2 Play, which also ships with dual cameras, a decent processor (Snapdragon 630 instead of the SD636), the same battery capacity – packed in a similar form factor and offering support for the same set of Moto Mods.