91mobiles.com
Home Audio Nothing Ear (stick) review: at the cusp of fashion and tech

Newbie brand Nothing is just two products old but seems to have already carved an identity for itself, thanks to its radical gadget designs. Its debut offering was the ear (1) (review), a pair of TWS earbuds that came in a transparent case. The brand followed that up with the much-hyped Nothing Phone (1), a smartphone that stood out for the interesting Glyph light thingamajig on its rear panel. The Carl Pei-led company is back now with its third offering, another pair of TWS that comes in the form of the Ear (stick). 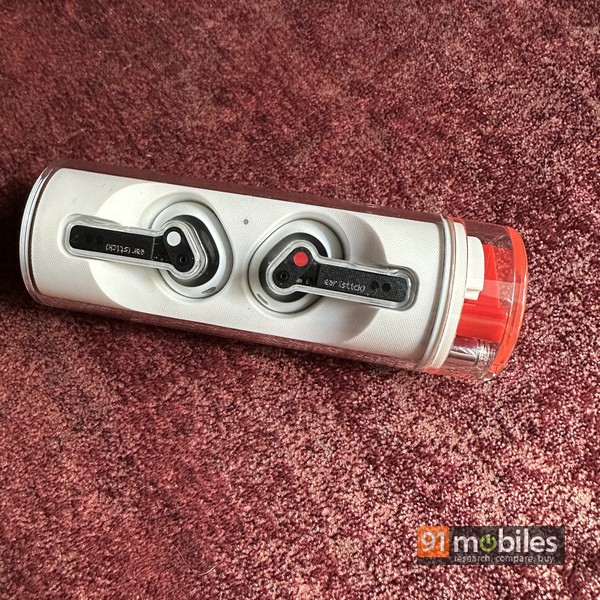 Again, the mainstay of the Ear (stick) is its approach to design, with the buds ensconced inside a transparent cylindrical case. The plastic tube has a couple of cavities for the two buds, with a transparent cover that ensures they don’t pop out. The twist-and-turn mechanism, however, brings an appropriately-sized window in the transparent cover out to the front, allowing you to access the buds and remove them from their resting places. On the side of the cylinder, you’ll see a red module that sports a Type-C port and a metallic pairing button. The latter forms the end of a small metal tube. 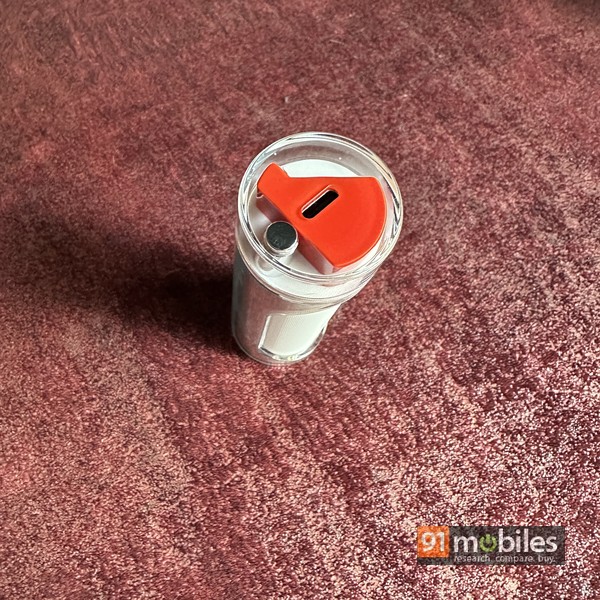 Overall, the aesthetic is not just interesting, it’s convenient too. However, I can’t say I haven’t seen something like this before — the Nokia BH-705 Wireless earbuds come to mind. These came in a cylindrical case as well, utilising a spring-loaded base that popped out from inside the cover when pressed from the side. There are other, similarly-designed offerings in the TWS world as well, though Nothing’s implementation with its transparent body and lipstick-like twist mechanism certainly seems new and fun. One thing to note here is that the transparent case could be prone to scratches if not handled carefully. The buds themselves feature short stems, and an oval shape with a small mesh placed on the end that goes inside the ears. There’s no ANC, which is a bummer since that’s an expected feature at the price point the Ear (stick) land in. The half in-ear design uses a one-size-fits-all approach, so the fit can’t really be customised. Nothing does say it tested the fit on 100 people, so make of that what you will. In my case, I found the fit to be fine, and I couldn’t dislodge the buds from my ears just by vigorously shaking my head. Moreover, I found that due to the oval shape of the buds, it’s possible to adjust the fit into the ear canal somewhat by slightly moving the buds around. Your mileage could vary though. I will say this — at 4.4 grams per bud, the weight is negligible, and the Ear (stick) buds are extremely comfortable to wear for long periods. 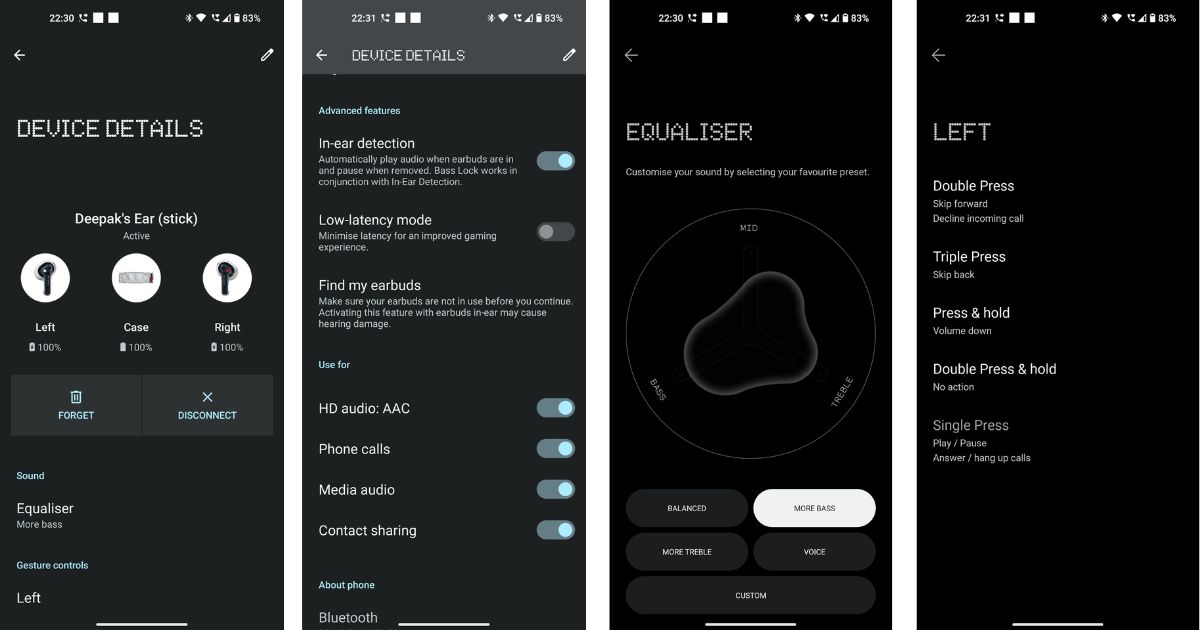 The buds are IP54-rated and impervious to dust, water splashes and sweat. In terms of features, you also get support for Google Fast Pair, a low lag mode for gaming, and a feature called Bass Lock that uses software to tune the equaliser by detecting how much bass is leaking when you’re wearing them. While the Nothing Phone (1) already has the necessary piece of software baked in, you’d need the new Nothing X app on other phones to control settings for the Ear (stick). The app is available for both Android and iOS, and apart from giving you a look at the battery levels remaining in each earbud and the case, and letting you update the firmware, also gives you access to the equaliser and other settings. You can toggle in-ear detection and the low-latency mode, and access the Find my earbuds feature. You can also customise the gesture controls for each earbud. By default, these are set to skip tracks forward on double press, back on triple press, and adjust volume on long press. The single press action can’t be customised and is set to play / pause and answer / reject calls. 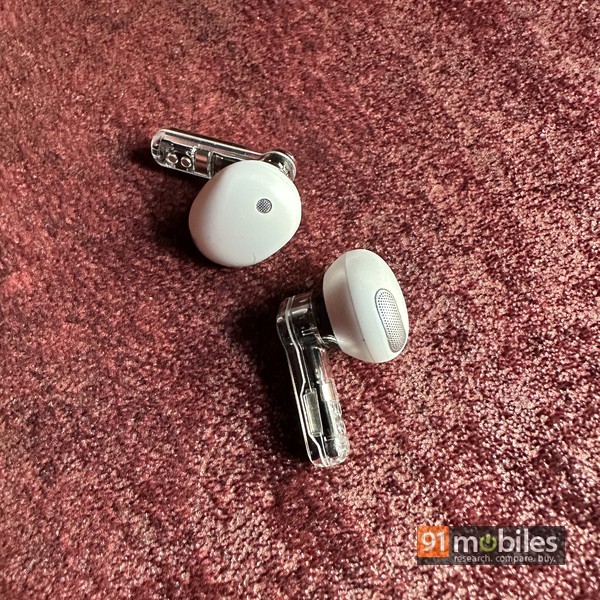 Coming to the meat of the matter, the audio quality. The Ear (stick) feature a custom 12.6mm driver, and come with support for SBC and AAC codecs. Due to the semi in-ear fit though, the earbuds miss out on an impactful low-end. Don’t get me wrong, the earbuds’ bass output offers minimal decay and the beats sound tight too. That said, you’ll have to cuff your palms against the earbuds to feel the impact from said beats. This is evident in Limit To Your Love by James Blake wherein, the beat drop sounds tonally accurate, but lacks a satisfying slam and is void of any texture too. In a similar fashion, you’ll find Leonard Cohen’s vocals lacking his signature deep, rumbly gravitas in First We Take Manhattan. 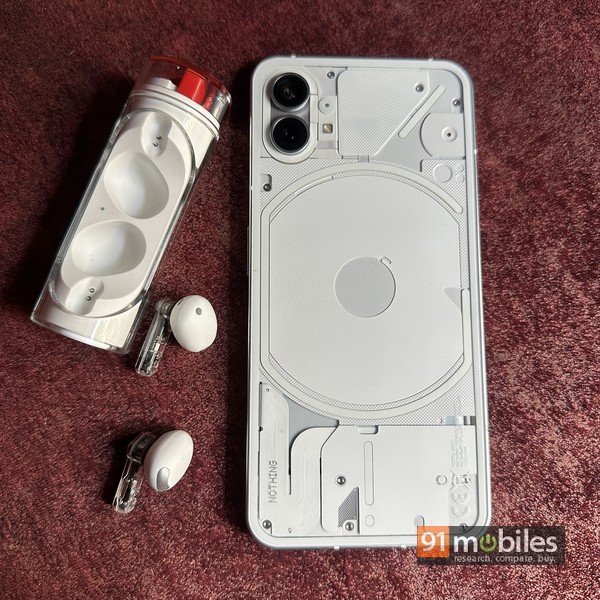 Having said that, there are some benefits of the Ear Stick’s semi in-ear open design. In fact, unlike traditional TWS buds, the Nothing Ear (stick) offer a superb soundstage and you can pinpoint the direction of a melody within a soundtrack. Furthermore, the earbuds offer fantastic imaging and you will be able to tell one instrument from the other in chaotic tracks like Frontier Psychiatrist by the Avalanches, or Fatty Boom Boom by Die Antwoord quite easily. The vocals don’t sound sibilant either and much like the Nothing ear (1), the Ear stick’s treble output is in a league of its own. So, if your playlist comprises songs from the rock / metal genre, you’ll revel in the Ear Stick’s sparkly and energetic highs. I’d also like to add that although the treble has a distinctive bite to it, the output doesn’t feel shrill or thin. On the contrary, the songs are superbly pleasant to listen to and you can jam to your favourite artists for extended periods as well. 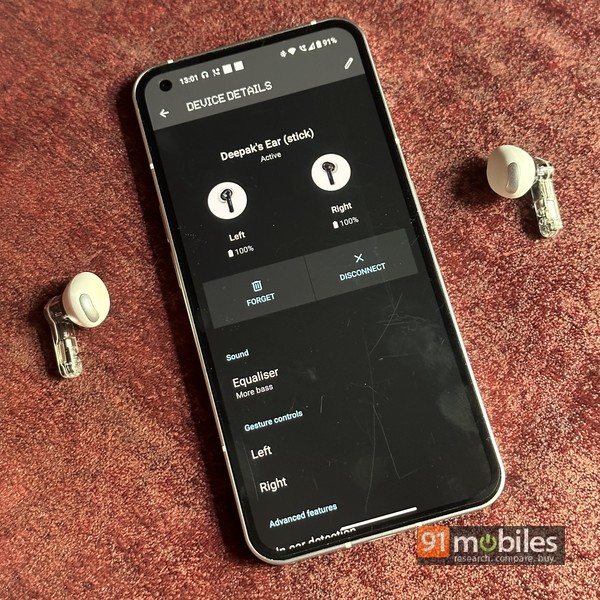 The battery life is quite decent as well — the Ear (stick) promise up to 7 hours of listening time, with the case adding another 22 hours’ worth. And in my experience, it does seem that the buds should be able to live up to that promise to a large extent. Popping the buds inside the case for 10 minutes adds up to a couple of hours of listening time. 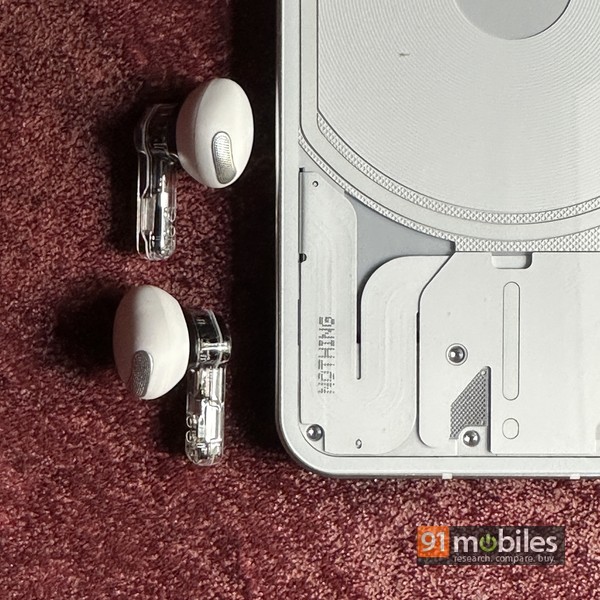 Rs 8,499. That’s the amount you need to shell out to be able to stick your own pair of Ear (stick) buds in your ears. It’s not a small amount to pay, especially for a TWS pair that doesn’t offer wireless charging or ANC. High-res support is missing too. I’d think that the seemingly high pricing can be blamed on the rising dollar… and going forward, you can expect prices of other electronics going up due to this reason as well. At a slightly higher outlay, the OPPO Enco X (review) offer a complete package, while the Samsung Galaxy Buds Pro (review) still can’t be beat as an all-rounder, despite being more than a year old. All said and done, the the Noting Ear (stick) do have a lot of things going for them, including an interesting design, good audio quality and long battery life. The lipstick-inspired twist-and-turn design is bound to turn heads and start some conversations too. I can’t really say Nothing has nailed the formula for the ultimate fashion tech accessory with the Ear (stick), but it does get pretty close.

Nothing headphones could launch in the future, company teases